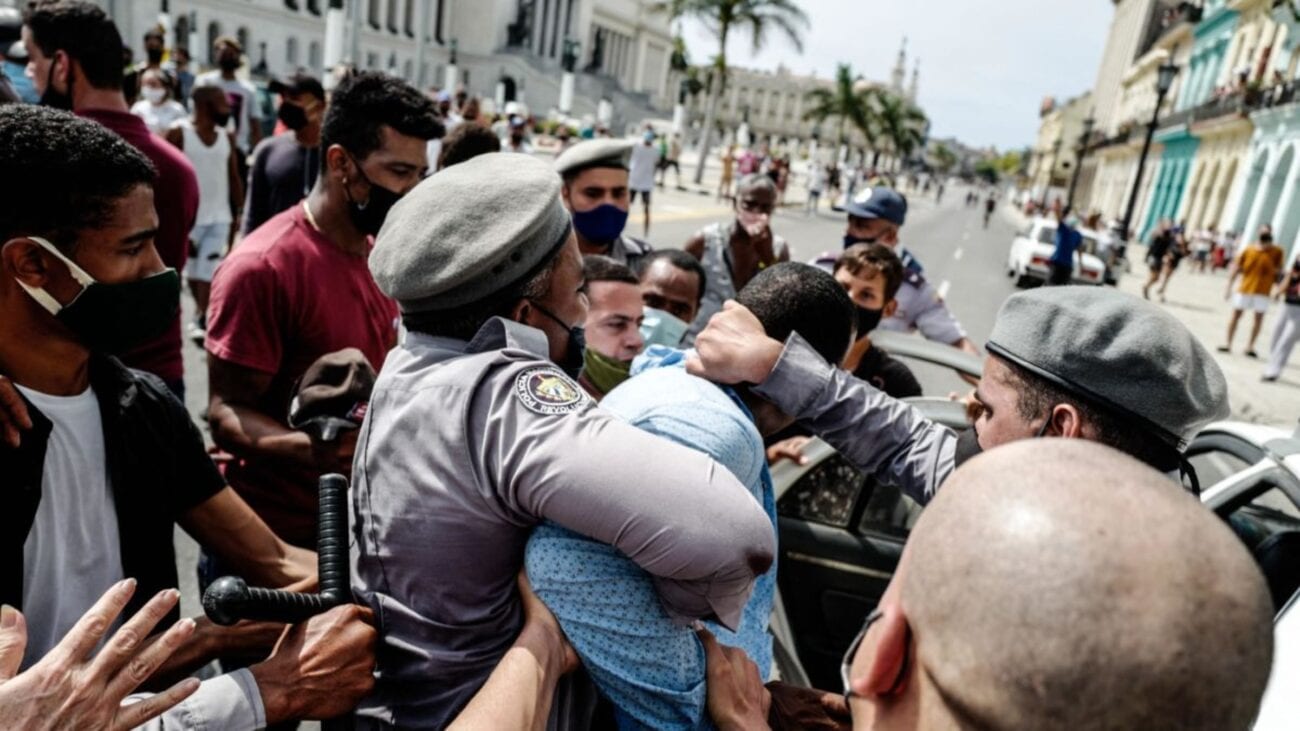 Will there be another revolution in Cuba? Why Cubans are taking to the streets

On Sunday, thousands of protestors stormed the streets of Cuba to voice their outrage at the country’s lack of food, power, and medicine. This form of protest is specifically rare in Cuba due to its historically authoritative government. Police took the streets to diminish protestors, but this only aggravated the people of Cuba.

As conditions only worsen in the country, many wonder if Cuba will be seeing another revolution. Here are the details concerning the poor conditions which have pushed protestors to riot and what both Cuban & U.S. officials have reported on the issue. 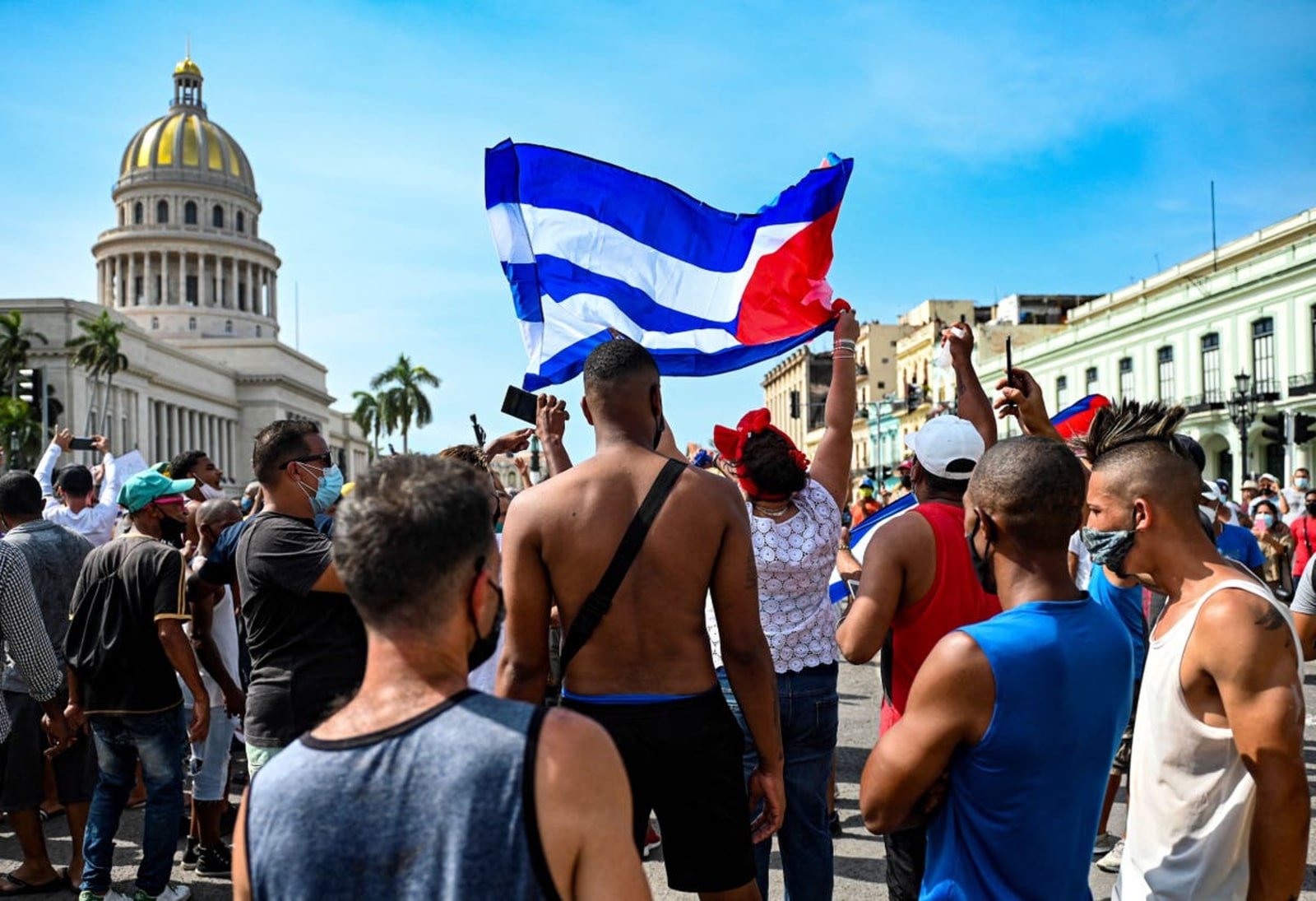 Cuba is in an extreme economic crisis

Due to the pandemic, Cuba’s worsening economic situation has only weakened. The country’s tourism & good imports have decreased dramatically since the pandemic first hit. As a result, Cuba is suffering from nationwide poverty & lack of supplies including food, power, and medicine.

As a result, protestors are demanding their right to freedom and human necessities such as food & electricity. Specifically, the city of San Antonio de Los Baños, which lies just outside of Havana, saw hundreds of protestors confronting a strong police force to convey their distress. A Cuban resident reported that they had been experiencing power outages for a week which only deepened the anger of those already suffering.

Demonstrators are also upset due to the lack of COVID-19 vaccines being administered in Cuba. Many videos have been streamed & uploaded of the political unrest and include protestors shouting for their right to be vaccinated. 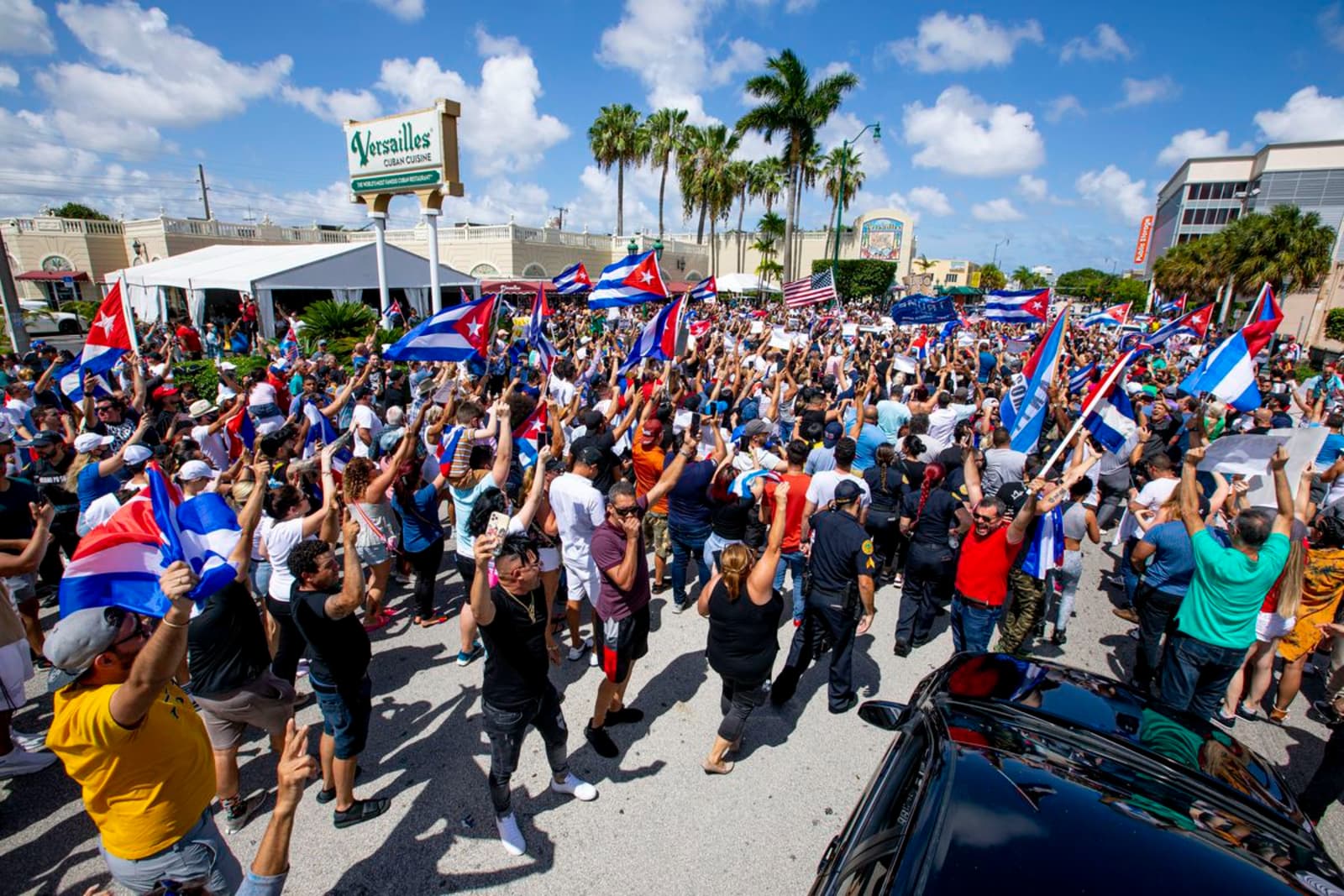 Countless videos have been shared on social media of Sunday’s protests which called for proper human necessities. Even more crucial, the protestors can be heard demanding an end to the communist regime in Cuba. Citizens called for “Patria y Vida,” or “Homeland and Life,” which is a reference to the revolutionary statement “Patria o Muerte,” or “Homeland or Death.” 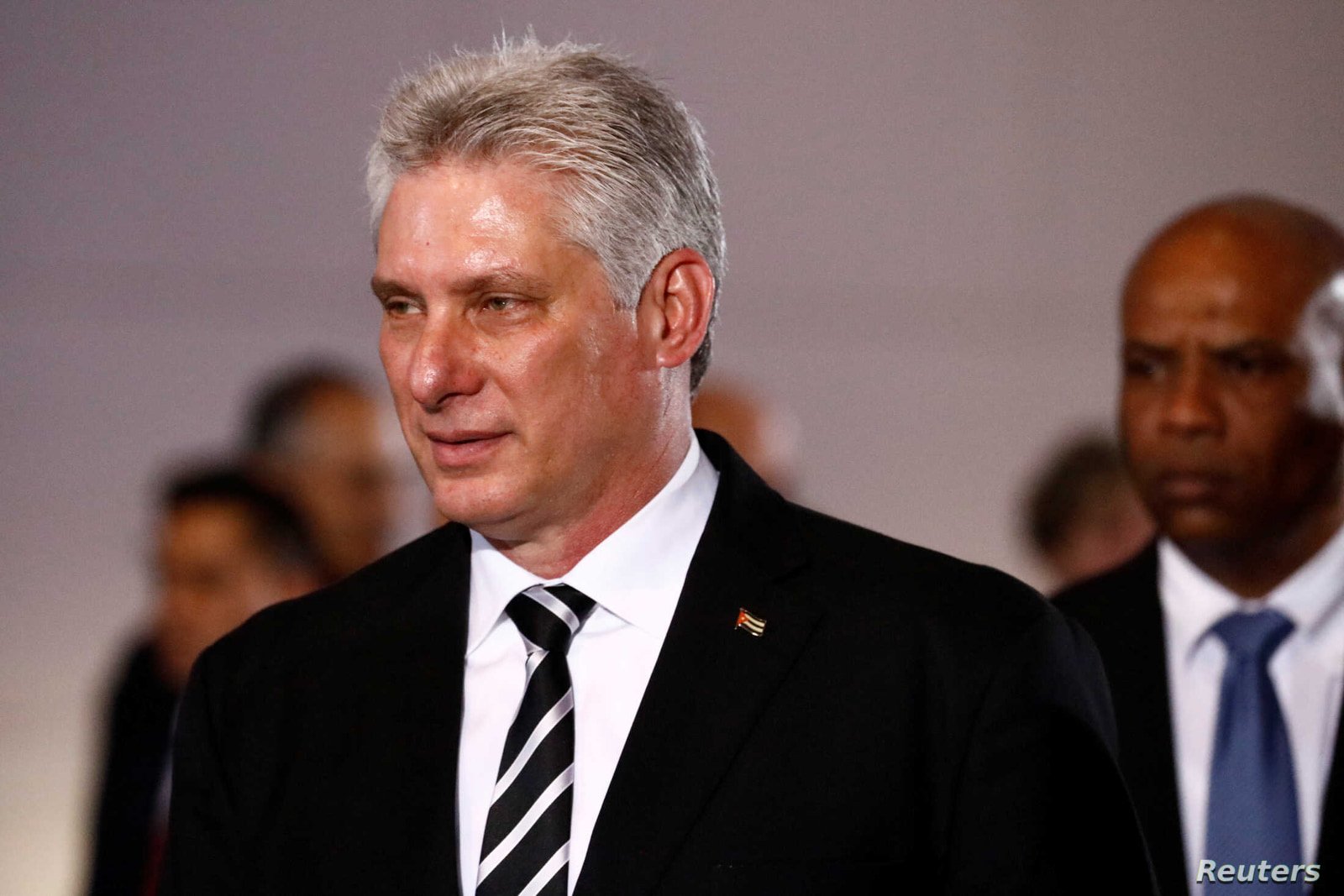 In addition to protestors’ previous demands, they also chanted for Cuban President Miguel Díaz-Canel to step down. Unfortunately, demonstrators were quickly confronted with armed police forces. Matters quickly turned violent as police began to use tear gas to subdue protestors. As a result, many began throwing rocks at police officers and flipping over police vehicles.

Cuba’s president made a nationally televised address which claimed that U.S. trade sanctions were the cause of Cuba’s worsening economic crisis. In addition, President Miguel Díaz-Canel urged his supporters to physically & forcibly stop protestors. He reported, “The order to combat has been given. Revolutionaries need to be on the streets.”

As the Cuban president has called for combative violence rather than peace, many are concerned that Cuba will soon be seeing another revolution that may incur violence & disparity in its fight for freedom. 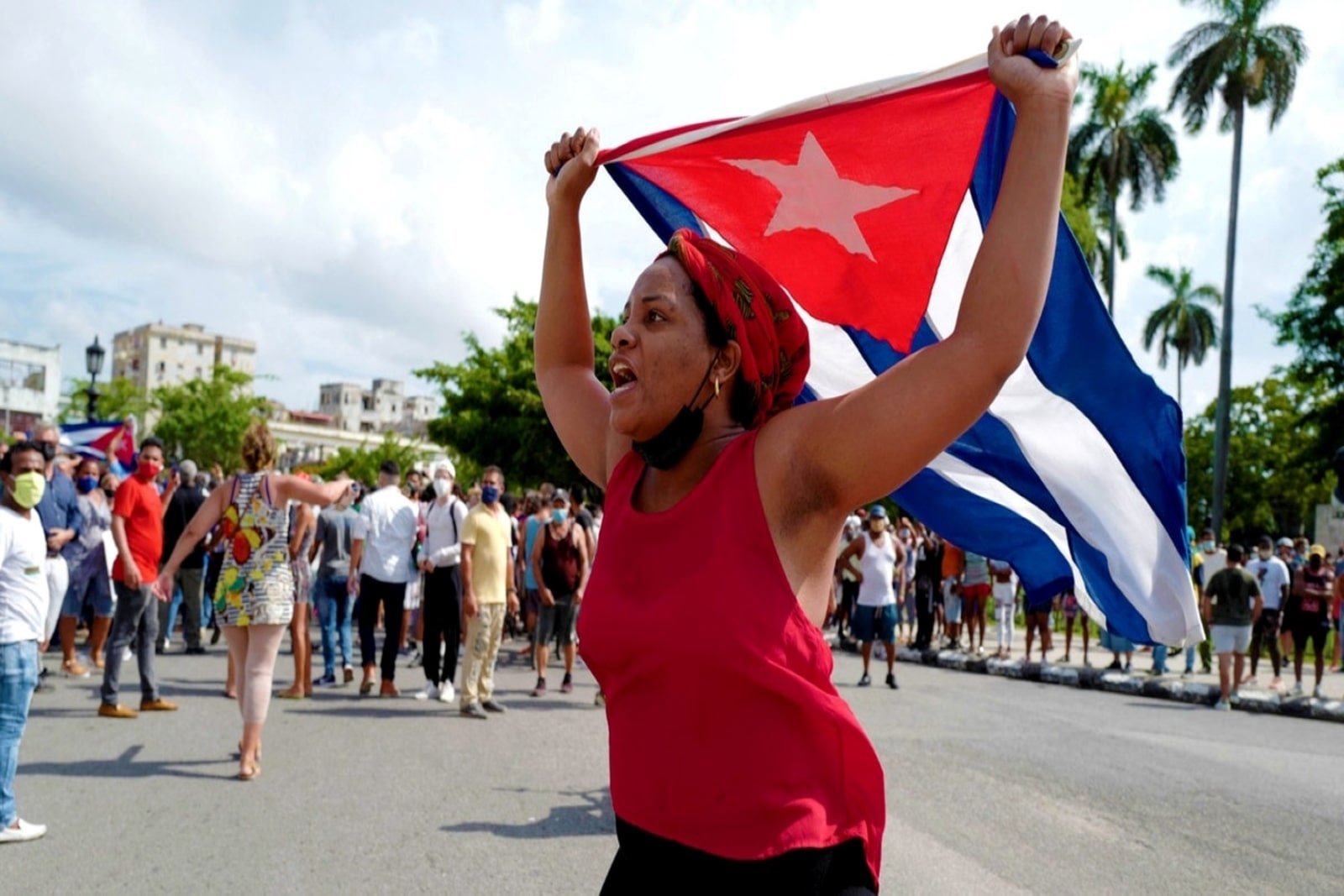 What U.S. government officials have to say

On Monday, President Joe Biden declared his sympathy & support for the people of Cuba. Biden detailed that President Diàz-Canel & the Cuban government must “hear their people and serve their needs.”

The U.S. president officially reported, “We stand with the Cuban people and their clarion call for freedom and relief from the tragic grip of the pandemic and from the decades of repression and economic suffering to which they have been subjected by Cuba’s authoritarian regime.”

The Department of State’s Bureau of Western Hemisphere Affairs’ acting assistant secretary, Julie Chung, tweeted, “We are deeply concerned by ‘calls to combat’ in Cuba. We stand by the Cuban people’s right for peaceful assembly. We call for calm and condemn any violence.” 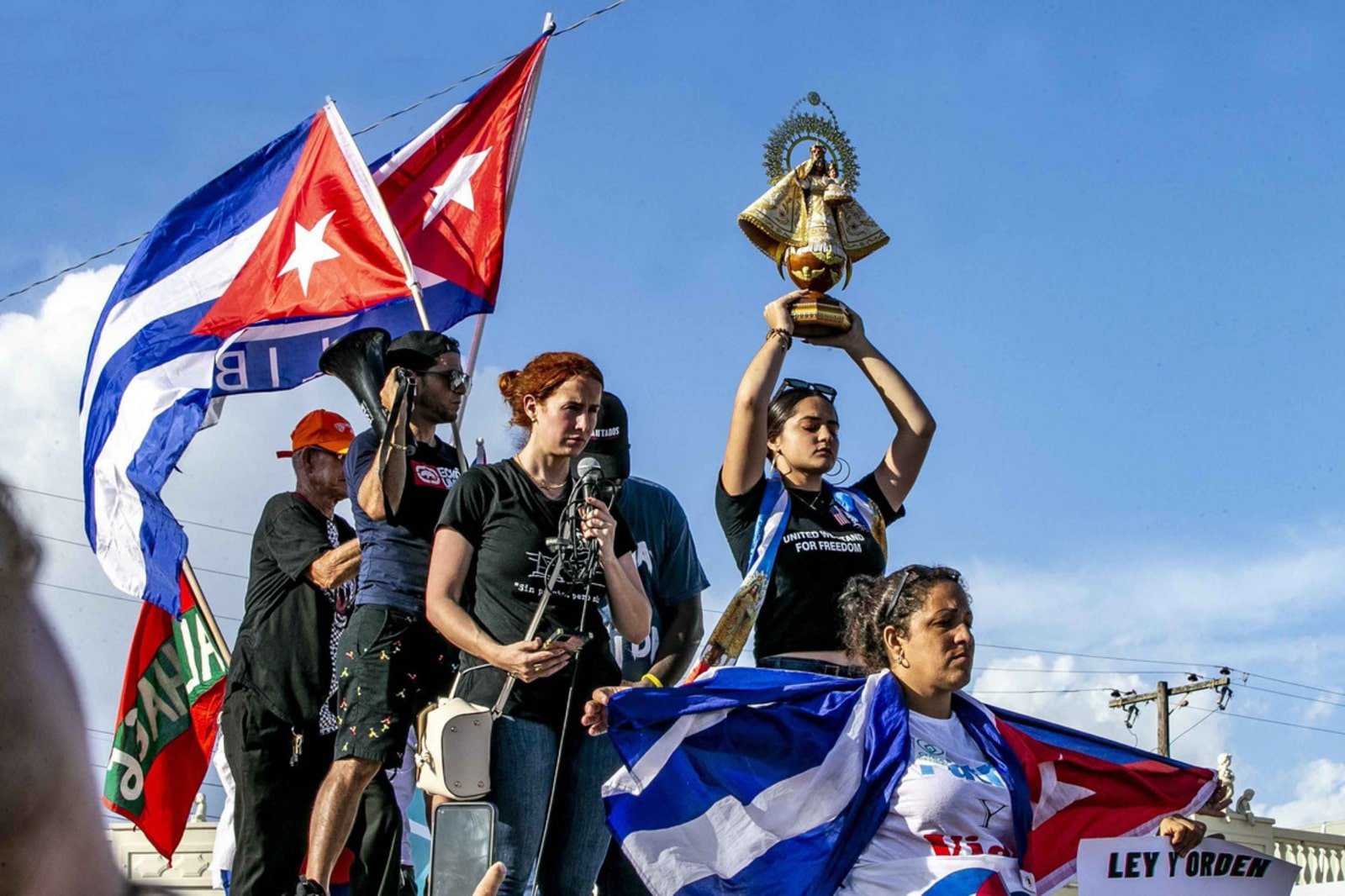 Additionally, Senate Foreign Relations Committee Chairman Bob Menendez said, “For decades, Cuba’s dictatorship has used violence and repression to silence its people, rather than permit the free exercise of democracy and their basic social rights.”

He continued, “This must end. The world’s eyes are on Cuba tonight and the dictatorship must understand we will not tolerate the use of brute force to silence the aspirations of the Cuban people.”

Have you seen the videos of Cuba’s protests on social media? Is a revolution on the way? Let us know what you think about Cuba’s burgeoning revolution in the comments below.