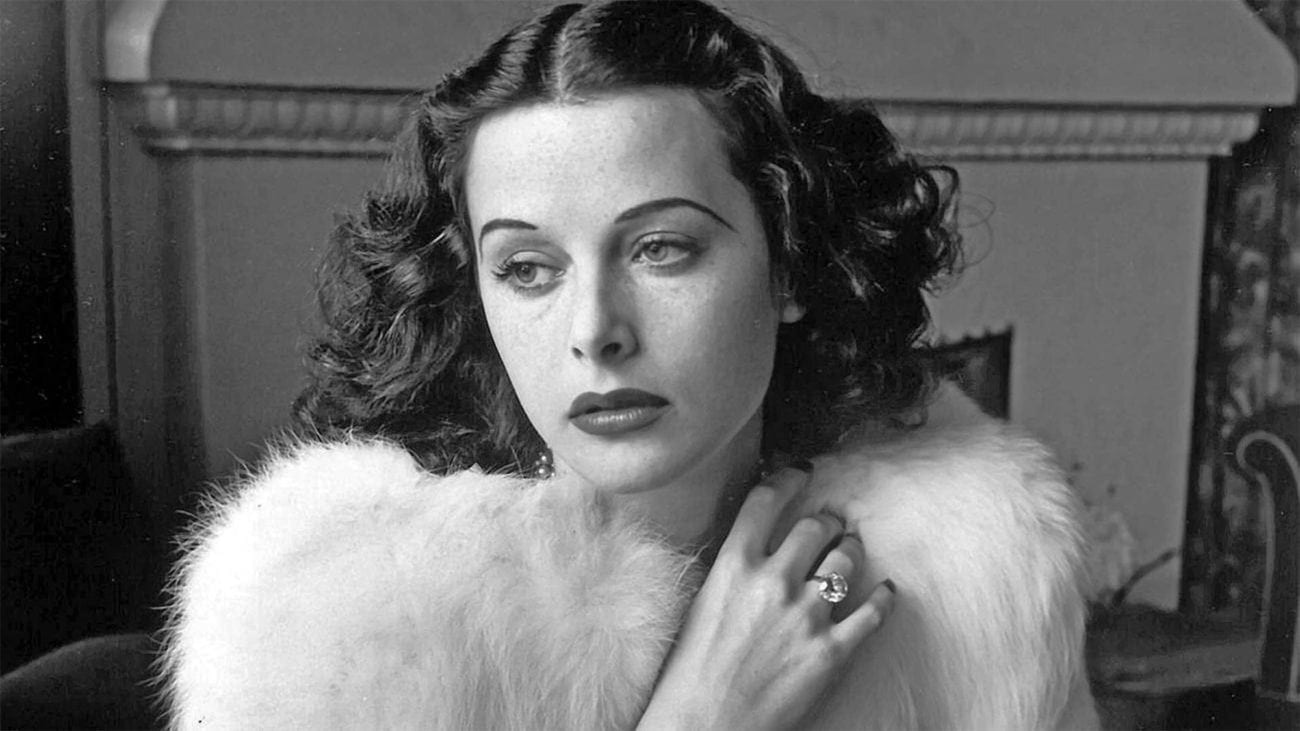 If you need an inspiring documentary about a woman who broke new ground and changed society in some way, check out Bombshell: The Hedy Lamarr Story which has just been added to Netflix.

Following the turbulent life and career of the glamorous Hollywood movie star and underappreciated genius inventor (She was only the pioneer of all the wireless communications we depend on today like Wi-Fi and GPS. No biggie.), the documentary goes deep in its portrait of the icon, undoubtedly a female revolutionary when it came to technology.

The documentary currently boasts a 96% fresh rating on Rotten Tomatoes because it kicks almost as much ass as Lamarr did back in her day. Fancy going on a glorious binge of documentaries about female revolutionaries while you’re at it? Here’s our ranking of the ten that you should definitely have on your list featuring films about activists, architects, comedians, musicians, and filmmakers – because revolutions come in a variety of forms.

The Netflix Originals documentary centered about Indian athlete Deepika Kumari offers an uplifting story of a young woman who defied sexism, abject poverty, and various professional obstacles the become the first Indian woman to win an Olympic gold medal and the number one archer in the world.

As Kumari states in Uraaz Bahl’s film, I want my story to inspire every girl. “In our country, even those who are well-educated, believe that girls cannot play sports. In my opinion, they are crazy.”

Though the film has been criticized for doing something Chisholm has repeatedly stated she doesn’t to be remembered – as the first black woman to make a bid for the White House in 1972 – Shola Lynch’s documentary still offers a fascinating portrait of a tenacious and passionate woman standing firm for her beliefs.

Joan Rivers might not be considered to be a revolutionary in a traditional sense but her gutsy, divisive, and outspoken brand of comedy is certainly rebellious enough to qualify. Ricki Stern and Anne Sundberg’s (The Trials of Darryl Hunt) candid documentary highlights the deep emotional need for laughter and how Rivers fought hard throughout her entire life to maintain control of her career and keep people laughing.

Legendary filmmaker and the OG of the French New Wave Agnès Varda (Faces Places) turns her camera towards her own life and work with this luminous documentary.

Bringing her indomitable sense of life and humor to the movie, The Beaches of Agnes also brims with emotion as she revisits old locations and memories and recounts the love she has for some of the people she’s lost. The film provides a crucial insight into filmmaking and the creative process but it also offers an intimate celebration of an influential creative renegade.

Peter W. Kunhardt’s 2011 HBO documentary tells the story of women’s liberation pioneer Gloria Steinem through a series of interviews and archival footage. Following the personal and professional struggles of the compelling activist and journalist the film also finds time to celebrate other female revolutionaries such as civil rights advocate Flo Kennedy and notable feminist writer and activist Betty Friedan.

Providing a punchy tribute to civil rights legend Angela Davis, Lynch’s follow up to Chisholm ‘72: Unbought and Unbossed explores the life of the icon from her early student years to her highly publicized arrest and provides a remarkably intimate portrait of a true American revolutionary.

Freida Lee Mock’s Oscar-winning film about one of the most accomplished and monumental architecture in America (at only the beginning of her life and her career, she’s done a lot more since) offers a gripping watch.

Highlighting conservative opposition to the Asian American architect when she was chosen to design the Vietnam Veterans Memorial in Washington DC, the film celebrates Lin’s drive and devotion to her craft and her graceful resistance against bigotry.

The Netflix Originals documentary follows lifelong feminist and civil rights attorney Gloria Allred and her groundbreaking career. Charting her journey from inner city school teacher to being the highest profile women’s rights attorney in America Sophie Sartain (Mimi and Dona) and Roberta Grossman’s (Above and Beyond) documentary is a portrait of a steadfast woman and also a harsh condemnation of the failures of the justice system.

Netflix’s first commissioned documentary is still one of the best on the streaming service with Liz Garbus (The Fourth Estate) imbuing the portrait of the groundbreaking singer with a sharp attention to detail offering pivotal insights into the artists life and career.

Following the high priestess of soul through the various challenges and successes of her music to her choosing to risk it all to participate in the civil rights movement of the 60’s the film is powerful and passionate.

Packing an extraordinary life into a two hour movie with remarkable panache, Bob Hercules (A Good Man) and Rita Coburn Whack (American Masters) offer a comprehensive celebration of the cherished poet and activist. Significant and captivating the documentary captures the singular and dazzling spirit of the icon and emphasises her incredible power.