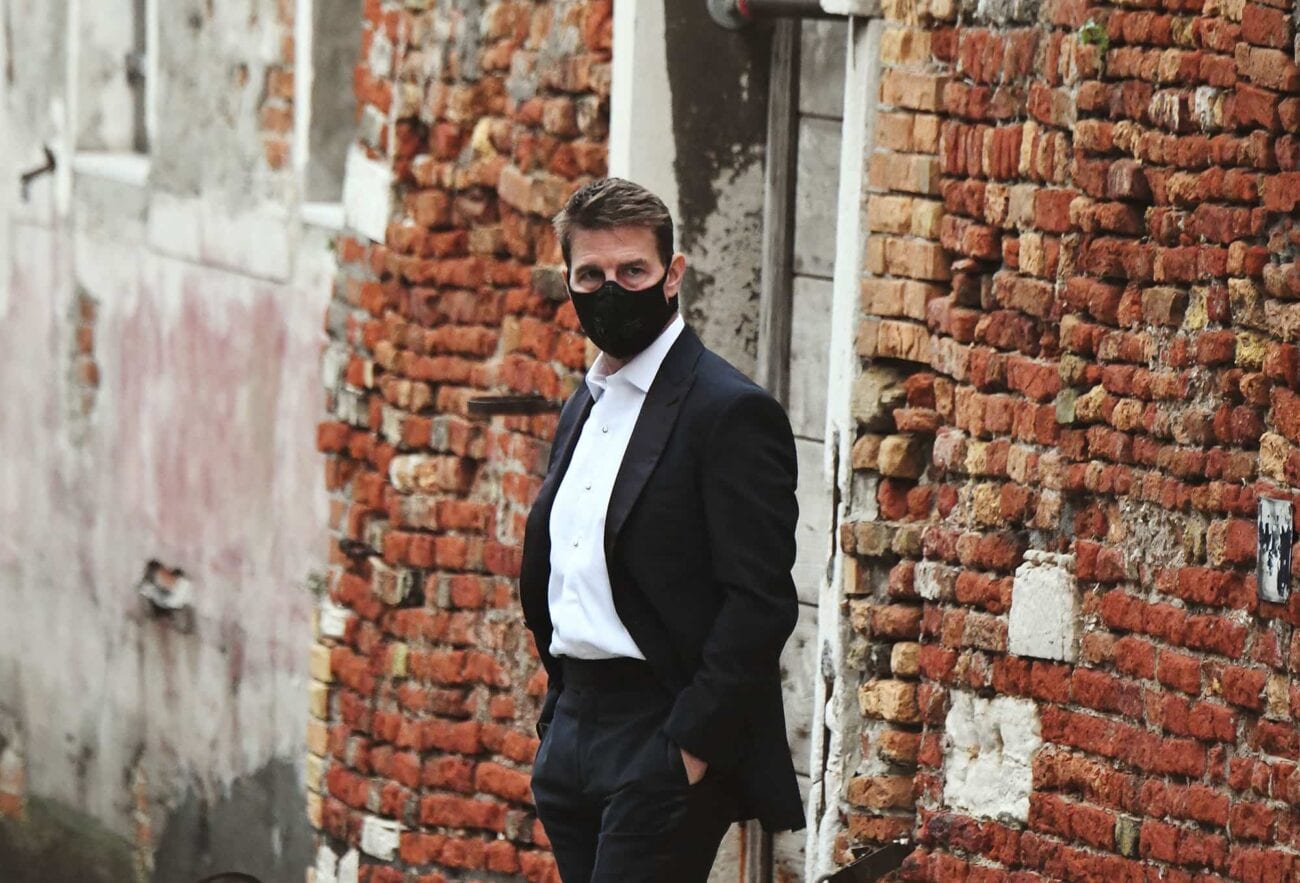 “We are not shutting this [email protected]!ng movie down! Is it understood?”

The latest Mission: Impossible movie has been hit with a positive COVID test, and forced to pause production. If you remember Tom Cruise’s viral, expletive-filled rant about following pandemic guidelines from a few months ago, this development carries extra significance. You could say the real impossible mission was for Tom Cruise to keep his movie set COVID-free for the duration of principal photography. 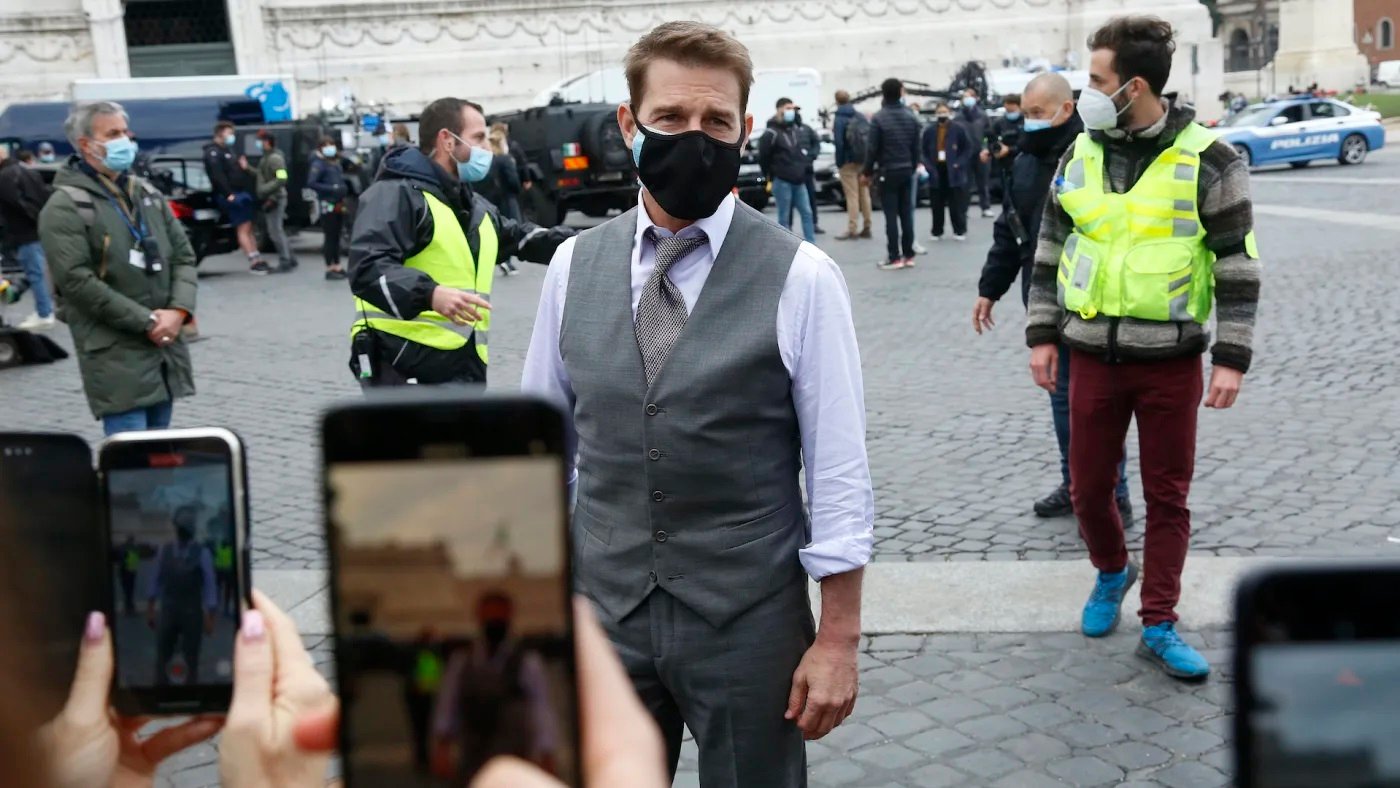 This isn’t who we are, Ethan

Details are scarce regarding the latest COVID-19 incident involving the Mission: Impossible 7 production, so we don’t even know how many people have actually tested positive. But it only takes one infection to shut everything down for at least two weeks, and time is money. If you thought Tom Cruise was angry in that audio clip from last year, the latest Mission: Impossible 7 news must have him apoplectic.

“We have temporarily halted production on Mission: Impossible 7 until June 14th due to positive coronavirus test results during routine testing,” read the official statement addressing the crisis. “We are following all safety protocols and will continue to monitor the situation.”

This is the second time, Mission: Impossible 7 has been stopped in its tracks by the COVID-19 pandemic. Back in February 2020, production was halted as the world slowly came to terms with how bad the global health crisis was. The cameras started rolling again for the MI crew in July . . . then were put on pause again after twelve crew members tested positive in October. No wonder Tom Cruise grew frustrated. 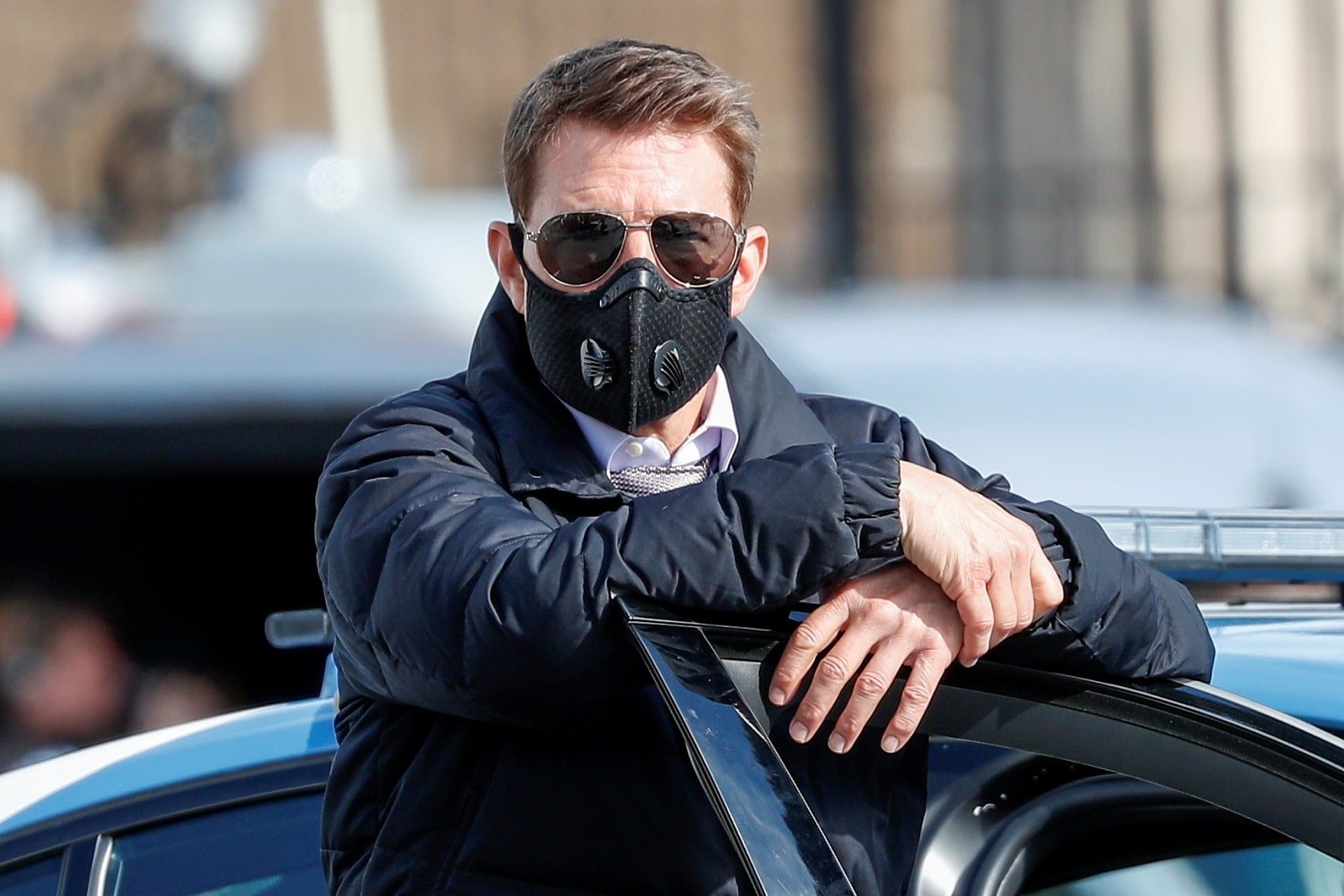 The audio leak of Tom Cruise berating the crew of Mission: Impossible 7 is a little like that audio leak of Christian Bale berating the DP of Terminator: Salvation about a decade ago. Both instances reveal the actors losing their tempers in a vicious manner that regular audiences couldn’t have predicted. Lots of cussing, lots of apparent entitlement, lots of threats . . . and did we mention lots of cussing?

Of course, context is everything. While Bale’s Terminator meltdown has largely been attributed to tension on set, the Mission: Impossible 7 episode involving Tom Cruise featured a more complex set of circumstances. At a time when people were wondering just how much worse things could get for the entertainment business due to COVID, the MI set was a beacon of hope.

“We are the gold standard,” proclaimed the Hollywood superstar. “They’re back there in Hollywood making movies right now because of us. Because I believe in us and what we’re doing. I’m on the phone with every [email protected]!ng studio at night, insurance companies, producers, and they’re looking at us and using us to make their movies. We are creating thousands of jobs, you [email protected]#rs.” 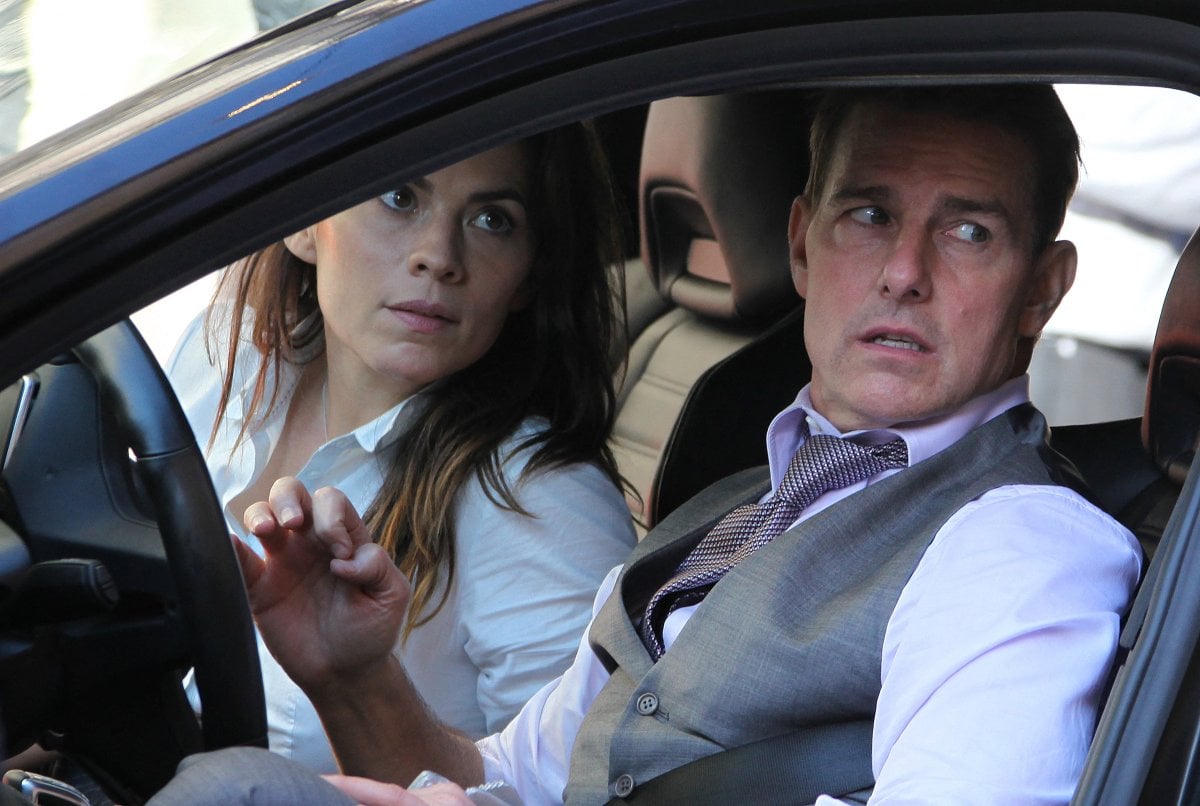 The Sun unleashed the Tom Cruise Mission: Impossible 7 rant on the world back in December 2020. Sources reported the reason for Cruise’s lengthy tirade was he caught crew members standing closely together alongside a computer monitor – not socially-distancing properly. “I don’t want to see it again, ever,” threatened the actor. “And if I see you do it again, you’re gone.”

The British publication followed-up the audio leak with a report that five crew members had left Mission: Impossible 7 after the Tom Cruise incident. Neither the actor nor the production ever addressed the leak. In a way, you could argue the audio said everything that needed to be said. 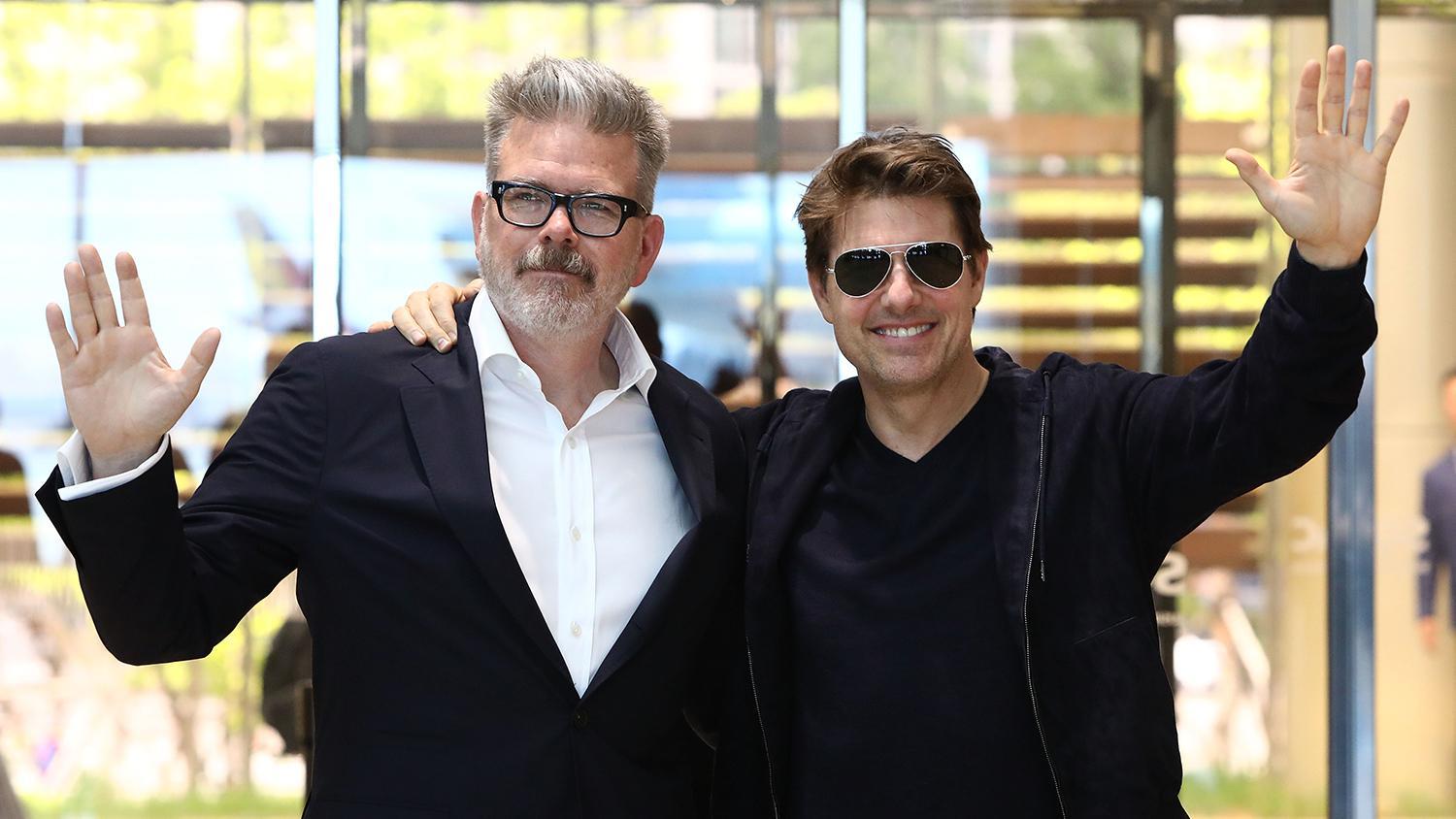 The future of this [email protected]!ng industry

So now Mission: Impossible 7 has lost a third round against COVID-19. So far, the two-week shutdown doesn’t seem to have affected the movie’s already-delayed release date of May 27th, 2022,  but that could change depending on what the situation looks like when production resumes. How did this positive test come about when Cruise seems to be running such a tight ship?

Do you think Tom Cruise overreacted last year, when he blew up at the Mission: Impossible 7 crew? Or does this latest COVID-19 case in the production show he hasn’t done enough? Let us know in the comments!