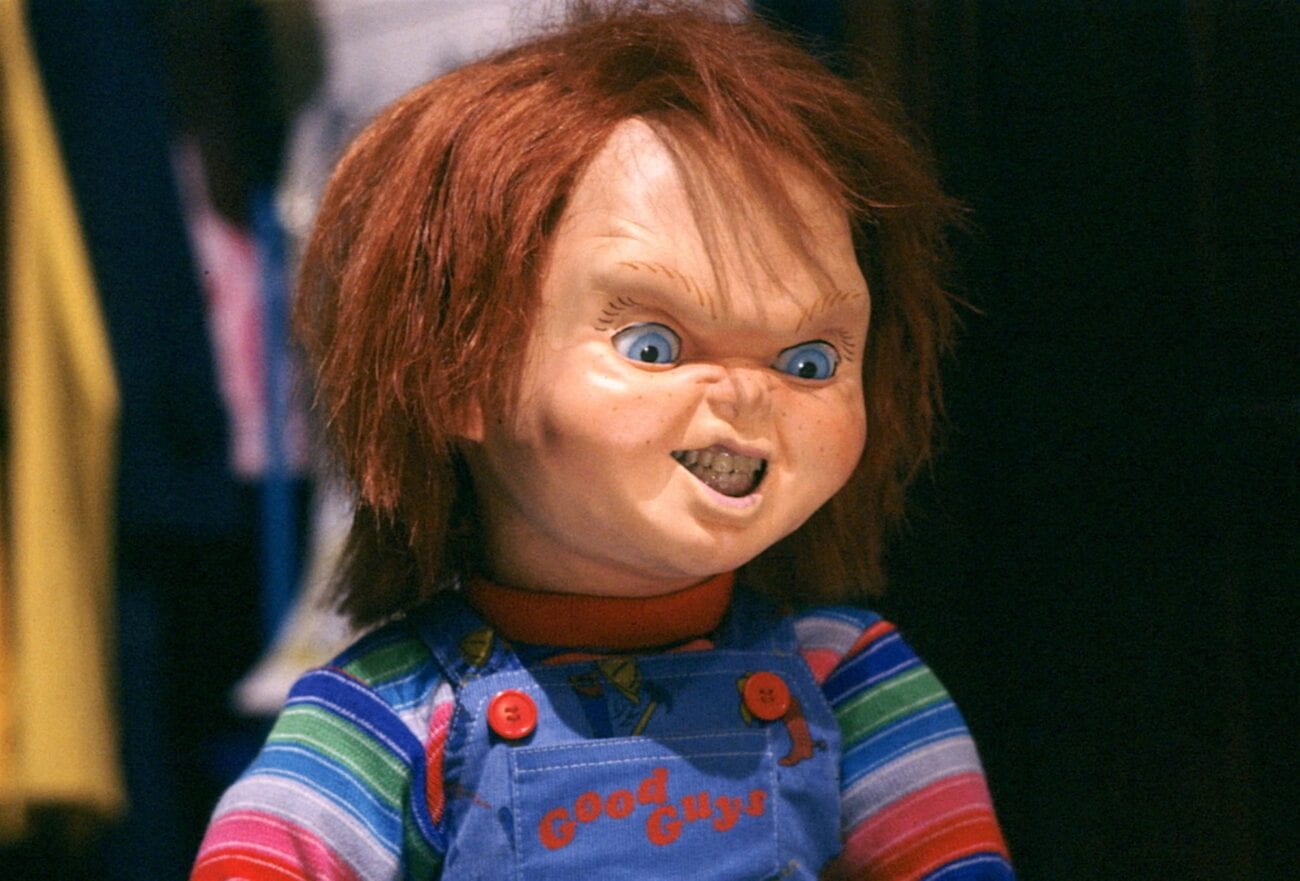 The Chucky subway attack: Was it bizarre promo for a new movie?

Remember Charles Lee “Chucky” Ray? Well the famous serial killer is back for revenge and has found a very public place for his next murder victim.

A video of the serial killing doll Chucky set the iconic character in the middle of an intense subway attack. New York Post described the incident as a “planned prank” but many on the subway swore it was real. In fact, a subway passenger even screamed: “Somebody help her!”. Clearly they didn’t get the memo.

The new movie of the Chucky doll went viral and showed the impersonator attacking a random woman on the subway. The woman screamed: “Get the f*** off of me. . . what are you doing?” while everyone stared & screamed in utter horror of the lifelike doll.

Chucky live performance art on the NYC subway, that randomly scares people and then pisses them off beyond measure, is the perfect running commentary for where we are at, America. pic.twitter.com/73o7WxQiYW

Why is Chucky back?

The new Chucky movie may have gone viral, but the intentions behind the bizarre return of Chucky was actually a social experiment taken by filmmaker Rodrigo Valencia. And apparently the woman screaming for her life was an actress named Sara alongside Miguel as the Chucky doll.

Comedian & actor Miguel told the New York Post: “I expected people to at least help her out. She’s a female screaming for help surrounded by people and not one person reached out.” 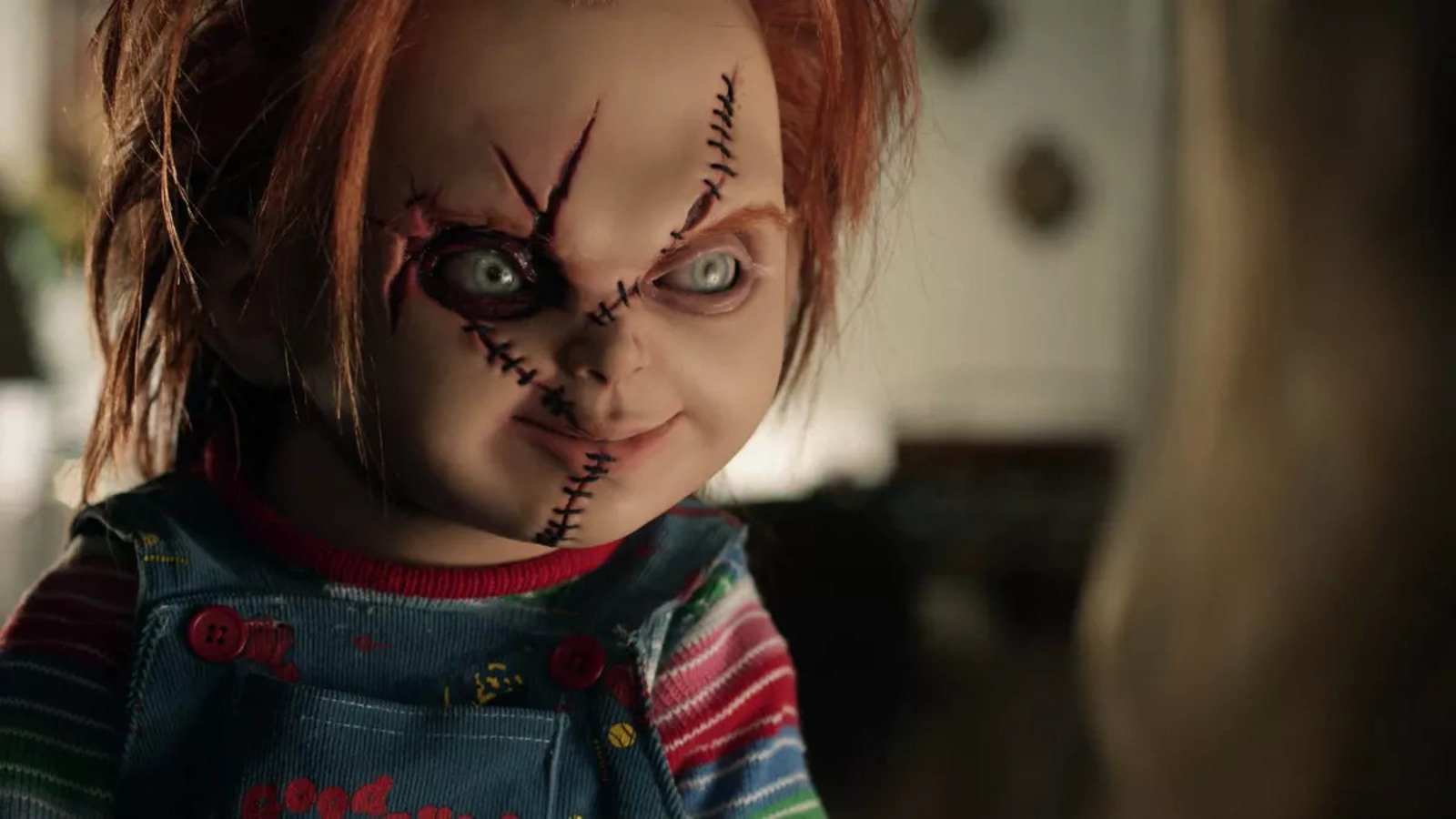 According to the New York Post, the intention of the prank was to see if the woman would be assisted in some way so the team decided to record the event.

Miguel (the evil Chucky doll) confessed to the Daily Dot: “As expected, no one helped. Instead, they decided to record.”

Miguel continued: “We chose for Sara not to wear a mask to see if that would affect people helping her out in this situation.” The comedian also stated that they tried their Chucky prank in another subway car with yet the same unhelpful reaction.

…I don't find this funny at all? Like, we're in the middle of a pandemic, people are riding sealed metal tubes to get to work because they have no choice, and some clown decides to get up in everyone's faces wearing a Chucky mask? GTFO https://t.co/8W2uOA5EQC

Many Twitter users are extremely angry at the subway passengers for making a new Chucky movie rather than helping the woman. In fact, some are calling the passengers out on their cowardly behavior while others are angry at the Chucky team.

Star Wars: Poe Dameron writer Alex Segura has called out the pranksters on their timing of the experiment. The famous writer tweeted that the Chucky crew were extremely inconsiderate of those who “are riding sealed metal tubes to get to work because they have no choice” in the middle of the pandemic.

Chucky on the loose!

The state of Texas was not ready for this 2021 nightmare to hit the subway. According to People, the red-head doll was the highlight of the Texas public safety department when the public called in three Amber Alerts.

The Guardian reported Chucky was listed as a “twenty-eight year old with red, auburn hair, blue eyes who stood at three-feet tall and weighed sixteen pounds”. The serial killer was listed as wearing the signature Chucky look with blue denim overalls and a striped shirt with his favorite accessory – a giant knife. 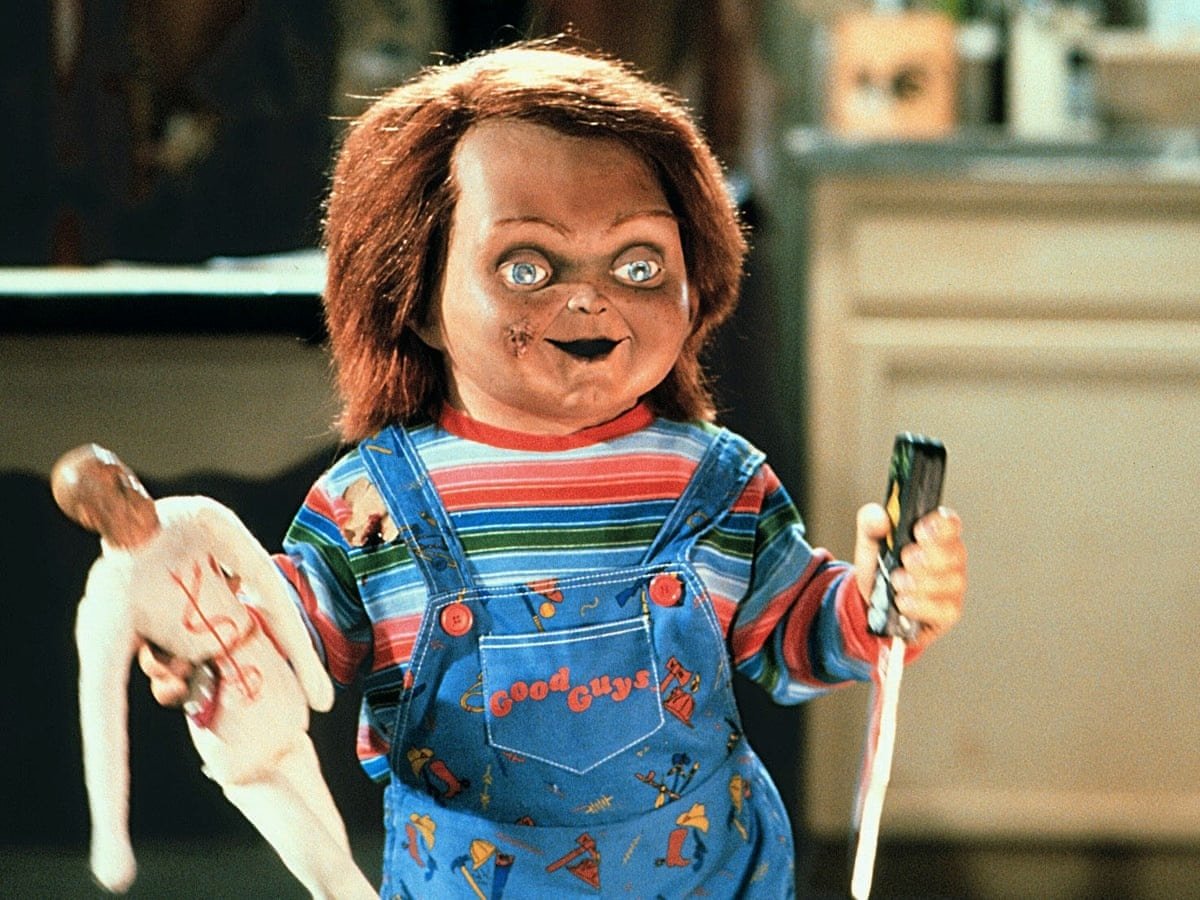 For those still confused by the madness in Texas, the Chucky replica’s race was also listed as “Other:Doll”. People noted a few emails were sent to the Texas Alerts System warning that five year old Glen Ray was actually abducted.

From that point a spokesperson for the department told KENS that the Amber Alert has been from a social experiment gone wrong. The spokesperson stated: “This alert is a result of a text malfunction. We apologize for the confusion this may have caused and are diligently working to ensure this does not happen again.” 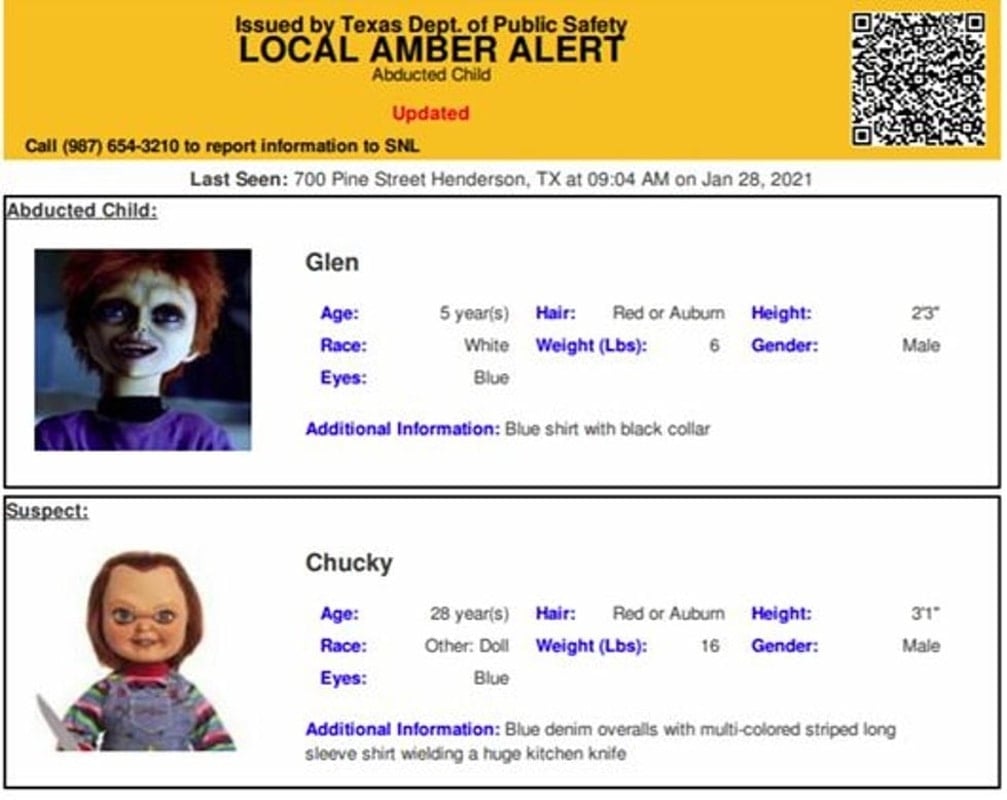 Luckily no new Chucky movie is coming to our screens, but the amber alert for the doll prank has stirred up many upset people in Texas. According to People, Amber Alerts are primarily used when a child is in danger and has been taken extremely seriously since the kidnapping of nine year old Amber Hagerman in 1996. Whoops!

Would you help Chucky’s victim? Let us know in the comments below. 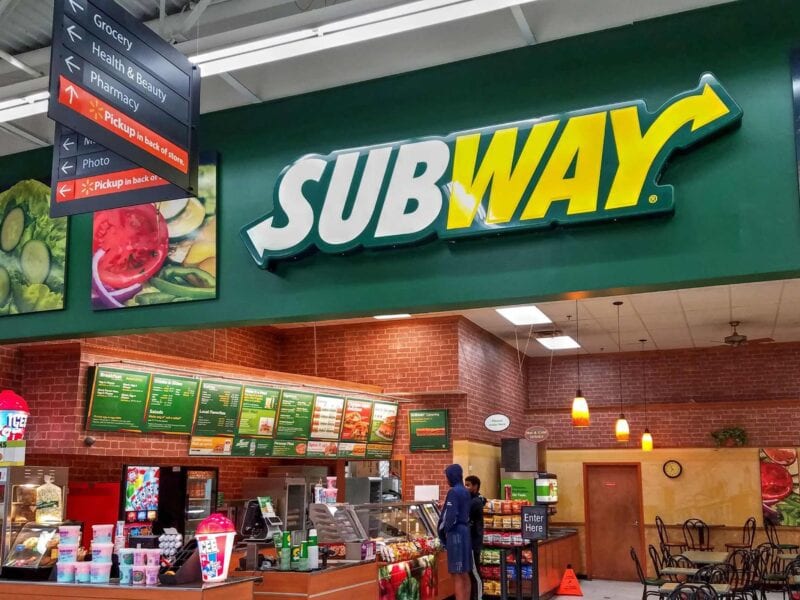