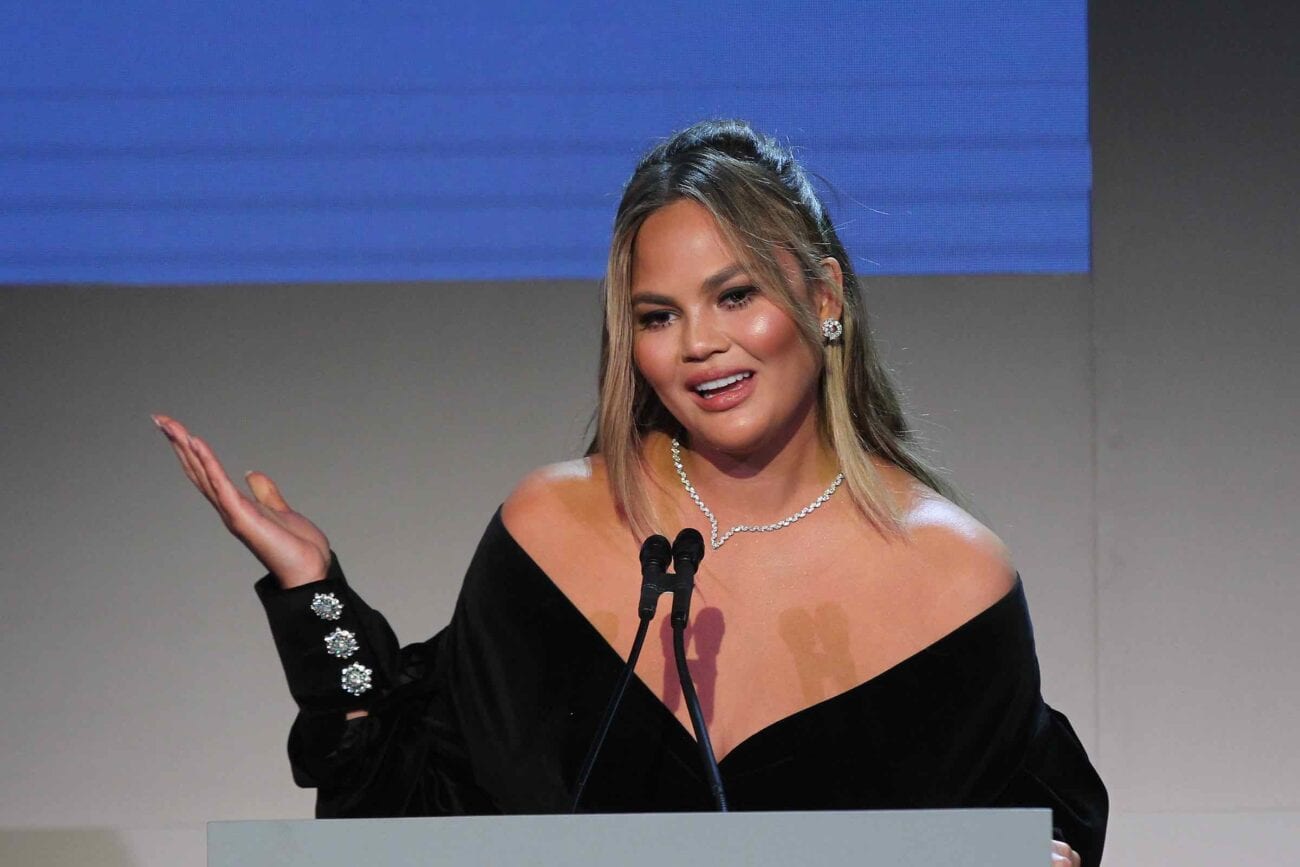 Right before her new Vrbo commercial was set to air tomorrow, Chrissy Teigen has once again come under fire after the shockingly cruel messages she sent to other women on social media recently came to light. Due to these messages, Chrissy Teigen has been bombarded on Twitter as well as her new cookware line Cravings having been pulled from the shelves at Macy’s.

Chrissy Teigen’s actions on Twitter targeted many influential women and have created a large divide within the platform. Some point out that Teigen is no stranger to scandal while others try to advocate on her behalf due to the apology she posted on May 12th, 2021.

But who did she target and why are so many coming for Chrissy Teigen on Twitter? We searched through the threads to find out. Get ready to retweet and dive into the Chrissy Teigen scandal on Twitter. 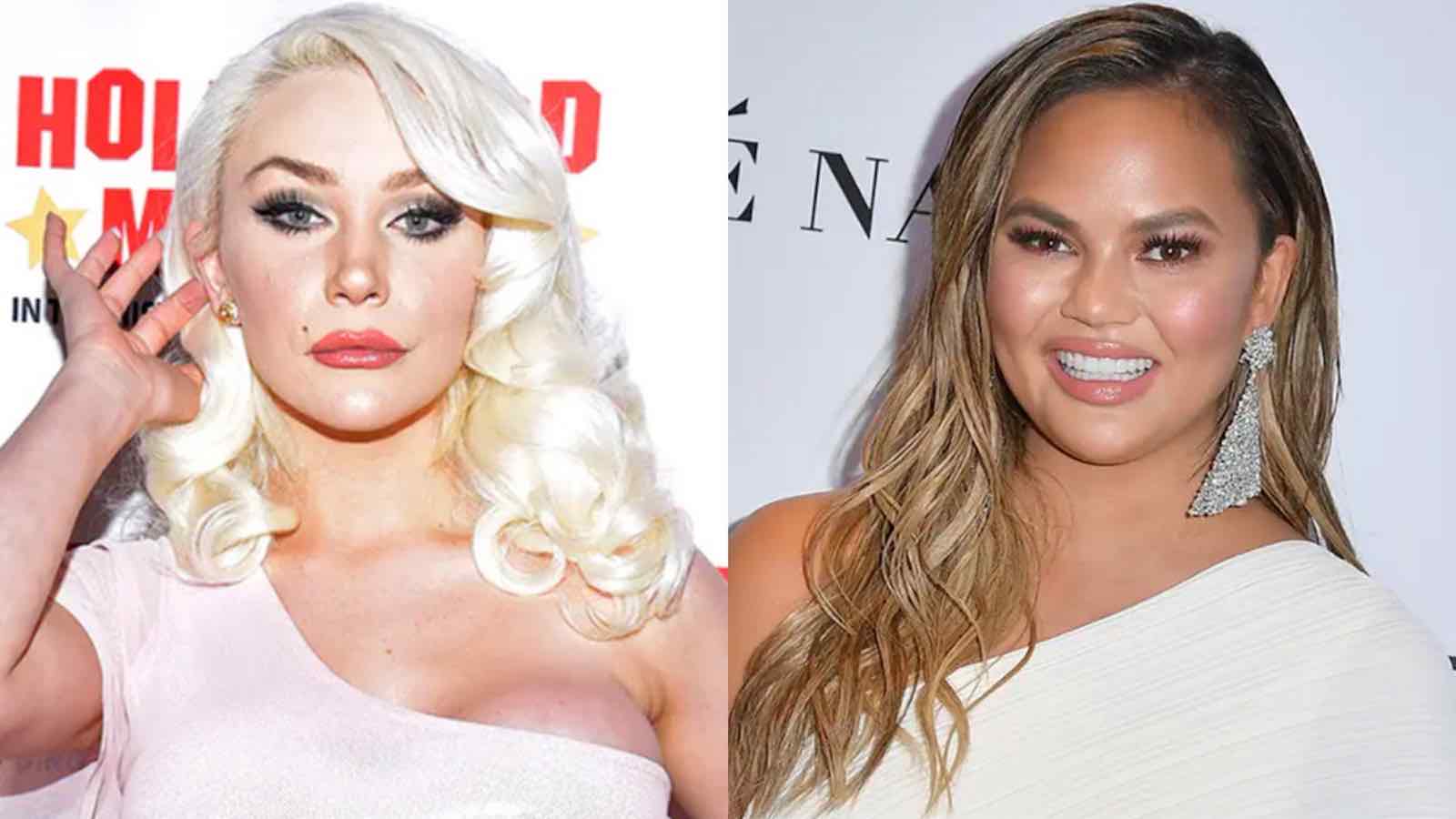 Chrissy Teigen’s mean tweets go all the way back to 2011, when she told TV personality Courtney Stodden to  “Go. To sleep. Forever,” as well as harassing her through direct messages. Stodden was not the only victim of such hateful words, as other actresses such as Linsdey Lohan and Farrah Abraham were also bullied by Teigen in some form between 2011 and 2013.

Due to these tweets surfacing, Teigen’s newest cookware line Craving has been shelved by Macy’s, though the store hasn’t mentioned if that will be permanent. Teigen also lost a deal with Bloomingdales over the scandal, though her deal with Vrbo seems to be intact for now.

As of two days ago, Teigen has been held up in her Los Angeles home due to the backlash. A source told The Post “She’s so raw and vulnerable . . . I don’t know if she can come back to social media.” However, this is not the first time Teigen has come under fire on Twitter. 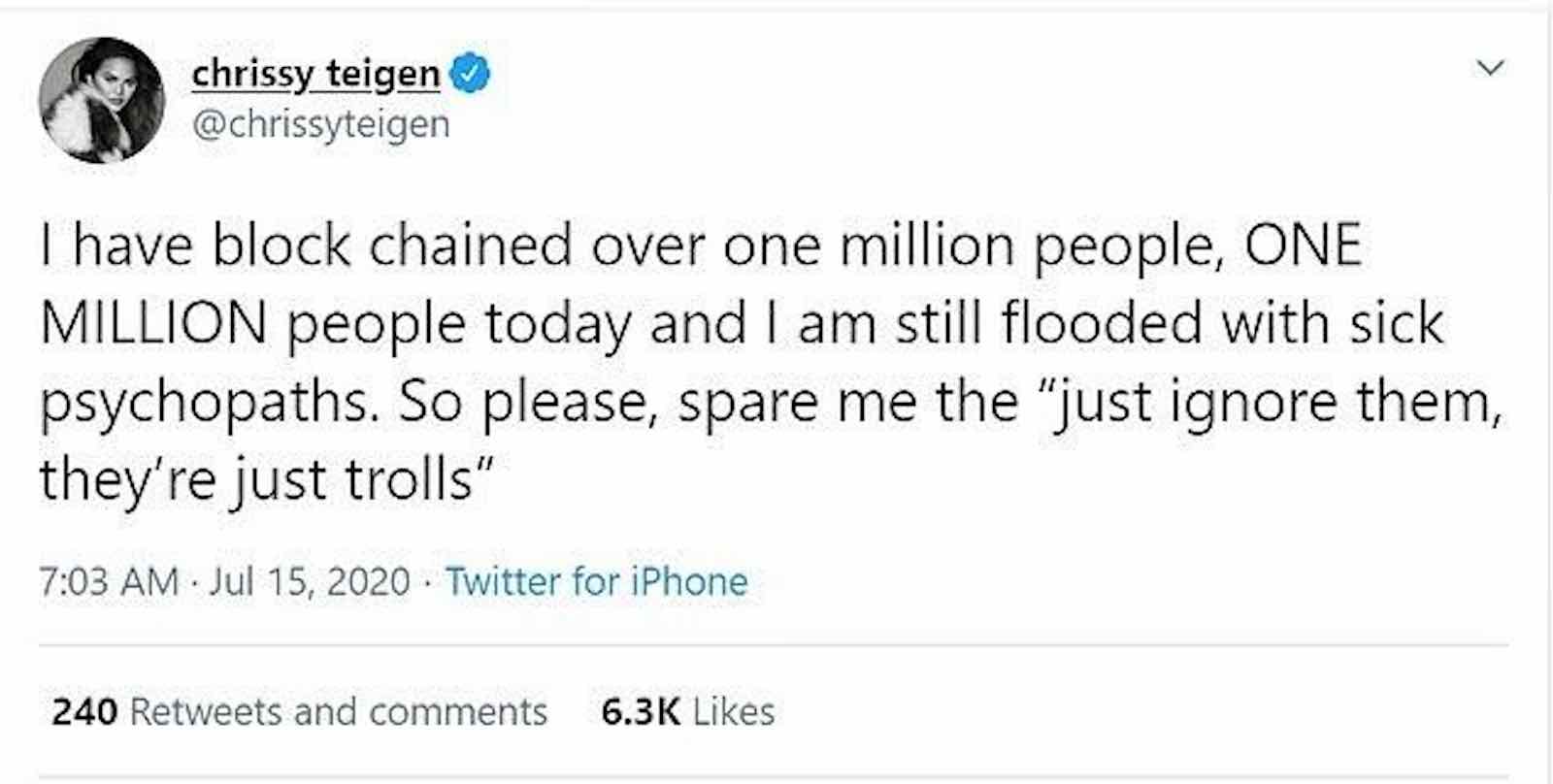 Back in 2020, when the Epstein case was at its most publicized due to the arrest of Ghislaine Maxwell, Chrissy Teigen blocked over one million Twitter accounts due to allegations of her being a part of Epstein’s inner circle, with users asking if she had ever flown to Epstein’s now famous island.

Chrissy Teigen ended up deleting thousands of tweets and even contemplated taking legal action or leaving the platform as many continued to accuse her due to claims that her name was on unsubstantiated flight logs that were said to have belonged to Epstein.

Teigen tweeted about the backlash, stating how “When pedo Ghislaine (Maxwell) sings like a canary (if she doesn’t die) and we have nothing to do with this, I know for a fact it won’t go away. They’ll just think of another excuse. It is extremely disheartening. I don’t know how to stop this. I don’t think anyone quite gets it.”

Love reacting every post about Chrissy Teigen being canceled. Here, I’ll bully you back: no one likes you @chrissyteigen and you don’t need anymore money. Wow, you did SO much for us by making quirky jokes about Donald Trump blocking you. Do you still want a medal for that?

With both her past scandals and the current intolerance for cyberbullying, it’s no wonder many Twitter users are quite . . . heated about this particular situation with Chrissy Teigen. Reactions to the scandal include:

Perhaps it would be easier to believe you if you had taken some action of redemption before getting caught. No one ever tell you not to throw rocks when you live in a glass house? You are a miserable bully.

Yeah, that may have helped your apology just a bit.

Unfollowed @chrissyteigen. If there's one thing I abhor, it's bullies. Especially adults who bully literal children. And she should apologize to @IAMQUVENZHANE! https://t.co/MzUj5bi7Oe pic.twitter.com/FMl3dPkj1f

You are definitely not the only one on Twitter who has that opinion.

@vrbo ABNB IS NOT HAVING Chrissy Teigen’s Hypocrisy, she is a proven social media bully!! But VRBO obviously doesn’t mind, what else do u need to know about a company?
Rent through ABNB!!

Vrbo is being oddly quiet about this . . .

When people are already have psychological issues, it does not help for adults to bully them online. That guy groomed her. There are a lot of child brides issues around the world. Be kind & have compassions.

Being kind is definitely the big lesson to be taken from this.

“Not a lot of people are lucky enough” 🤦🏼‍♀️ Girl BYE! Why hasn’t Twitter banned her??? Along time ago. Being a bully is all I know her for!

What are your thoughts on the Chrissy Teigen’s Twitter scandal? Drop them below in the comments to keep the threads going!