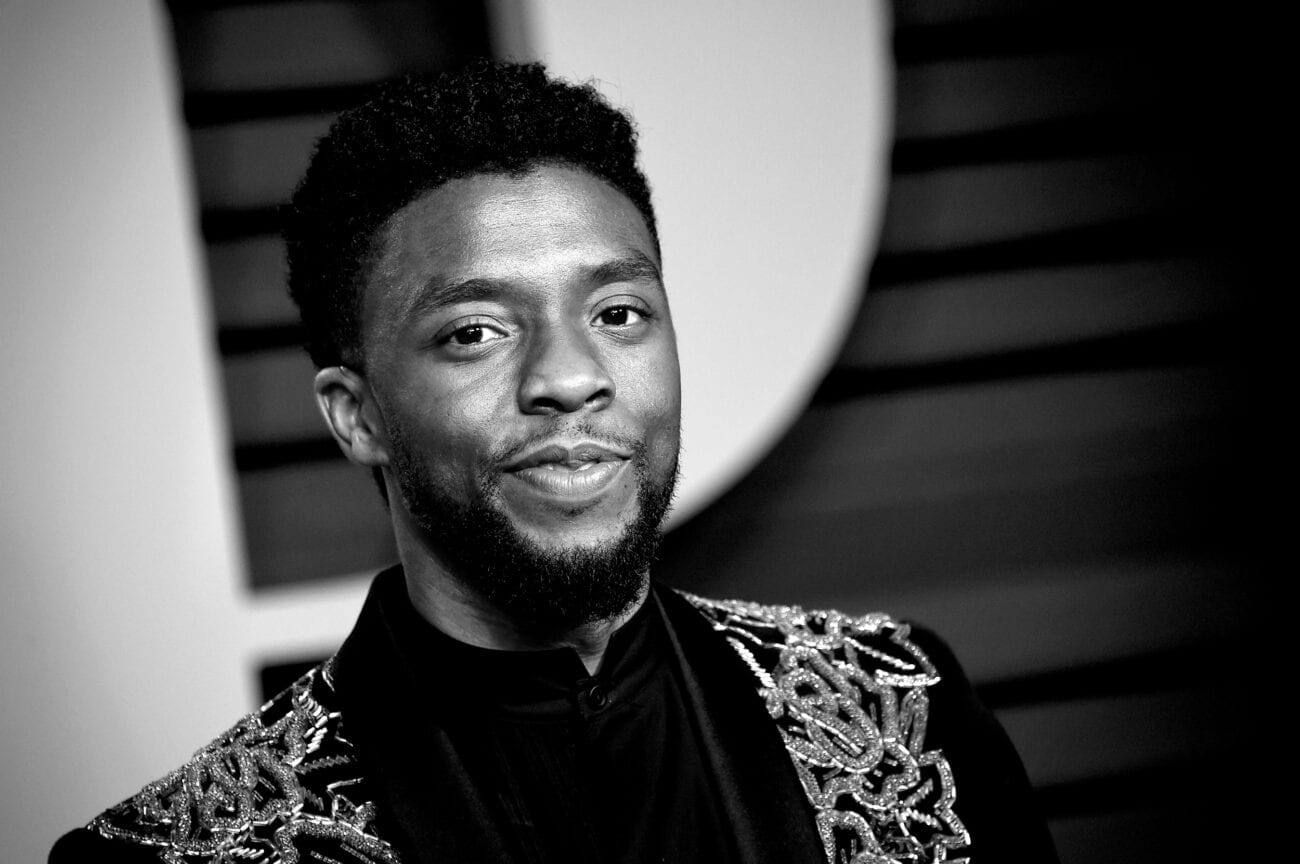 In his lifetime, Chadwick Boseman played dozens of roles and acted in fifteen different movies. The 2021 Academy Awards might have snubbed Boseman by withholding an Oscar, but that isn’t going to lessen the impact he’s had or reduce his memory.

Boseman is one of the greatest actors of his generation. We’ll be mourning his loss for a long time to come, but in his short life he gave us a wealth of unforgettable performances. These are just a handful of Boseman’s most icon roles. 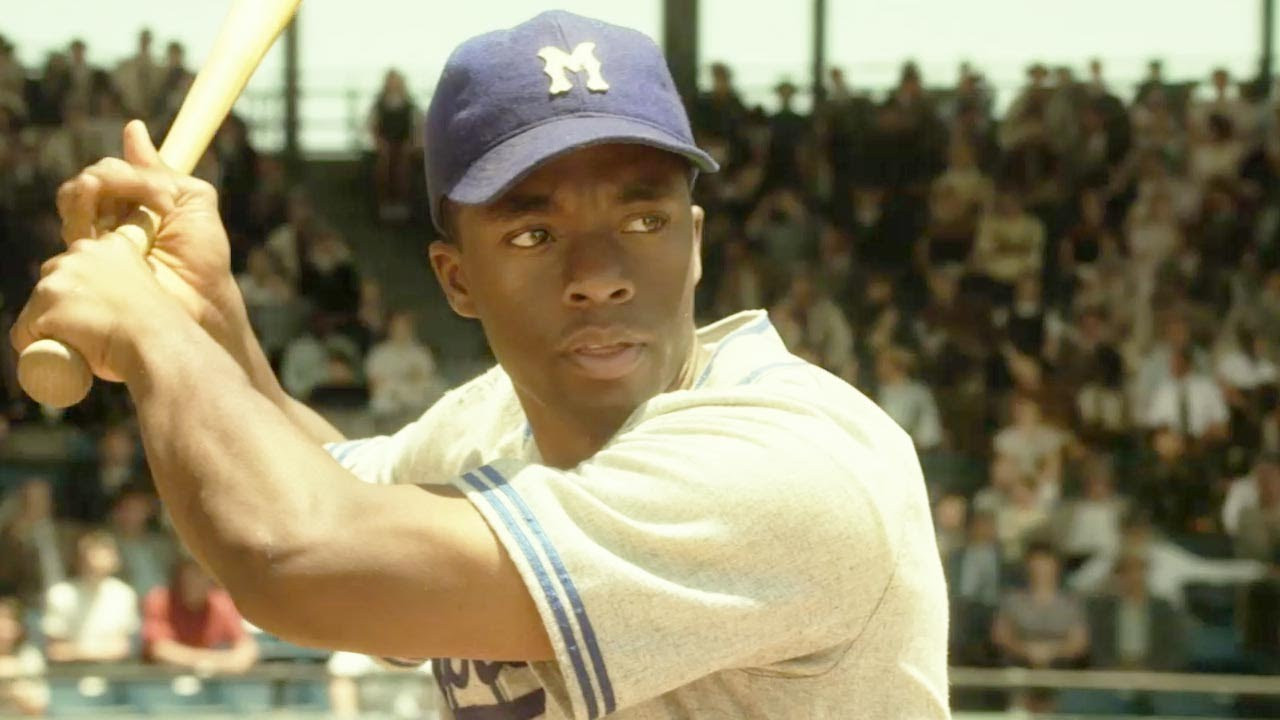 This was one of Chadwick Boseman’s breakout movies. Boseman plays baseball icon Jackie Robinson in this 2013 film written & directed by Brian Helgeland. Boseman worked alongside actors like Alan Tudyk and Harrison Ford to bring Robinson’s story to life.

The film received heaps of praise upon its release, and it helped launch Boseman into years of being a leading man in movies. This is a must see for all baseball fans, but if you normally sleep through a ball game, you shouldn’t sleep on 42. 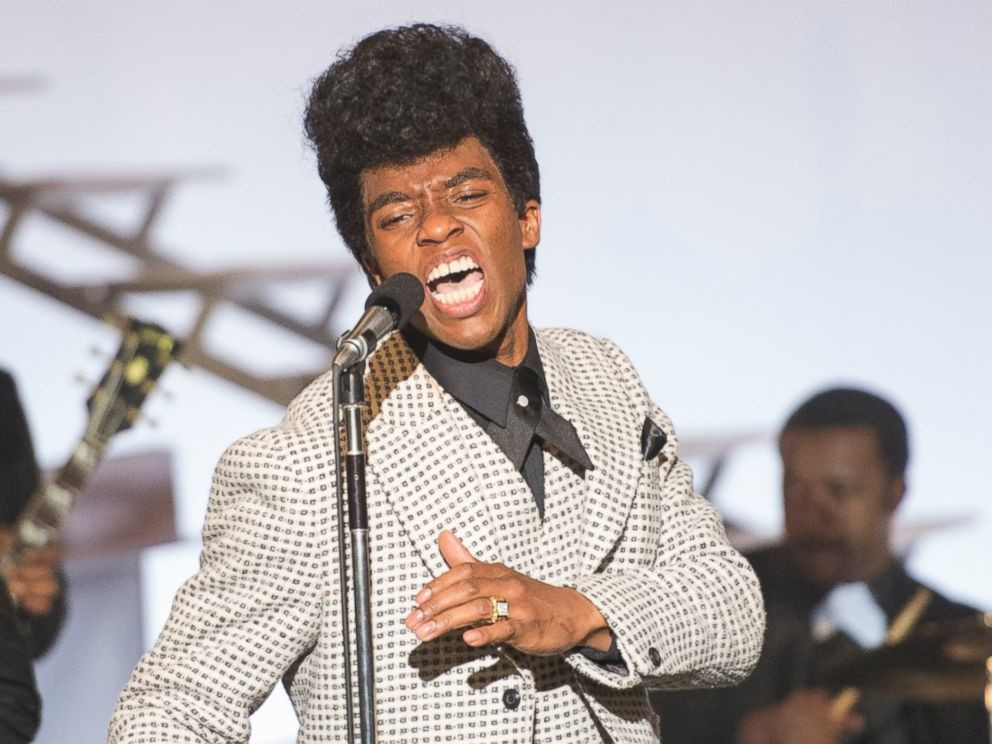 A year after 42, Boseman was once again on the silver screen portraying a cultural icon. Get on Up tells the story of the Godfather of Soul, James Brown. Boseman spent months learning to sing & dance for the role. Boseman’s costar, Nelson Ellis, played the role of Bobby Byrd, and the two were both acknowledged for their incredible performances.

Boseman shined in a music movie arguably more than he had in the sports movie before it. His career was picking up real heat, and Boseman was showing his knack for playing historical figures. 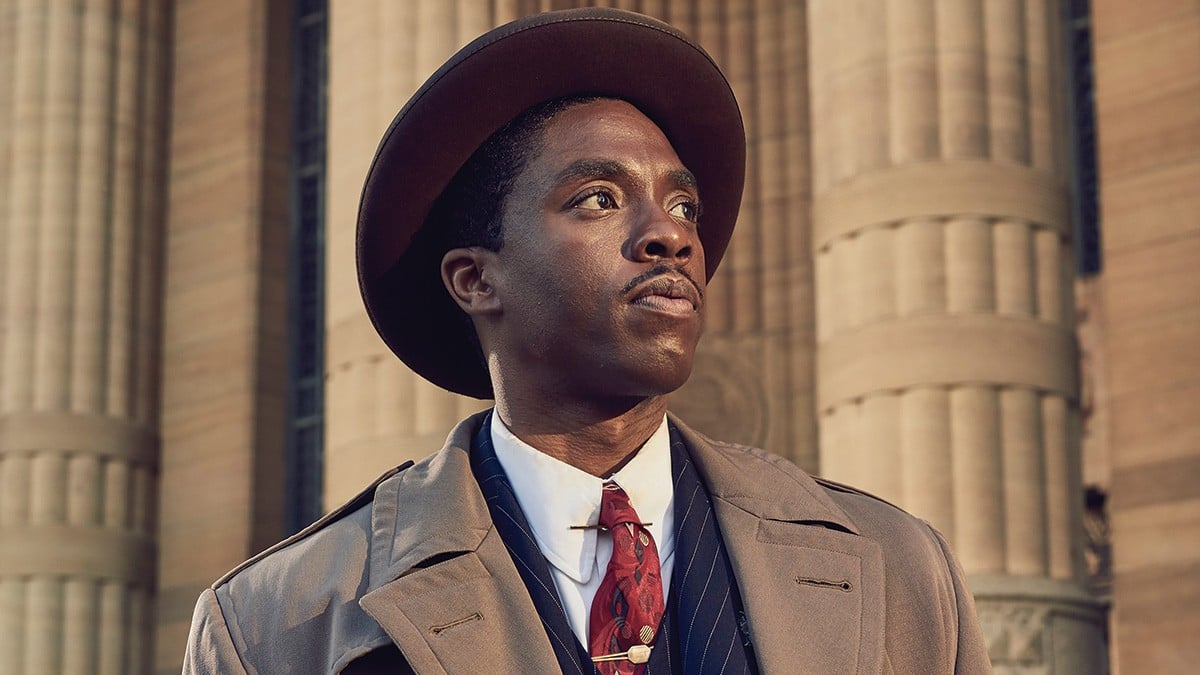 This 2017 film is another of Chadwick Boseman’s biopic movies. In Marshall, Boseman played the dedicated lawyer who became the first African American Supreme Court Justice. The film was directed by Reginald Hudlin, and it also starred Josh Gad, Kate Hudson, and Sterling K. Brown.

Like Boseman’s other historical movies, Marshall performed well critically, scoring over eighty percent on Rotten Tomatoes. While the film was criticized for oversimplifying the story of Thurgood Marshall, Boseman’s performance was universally praised. 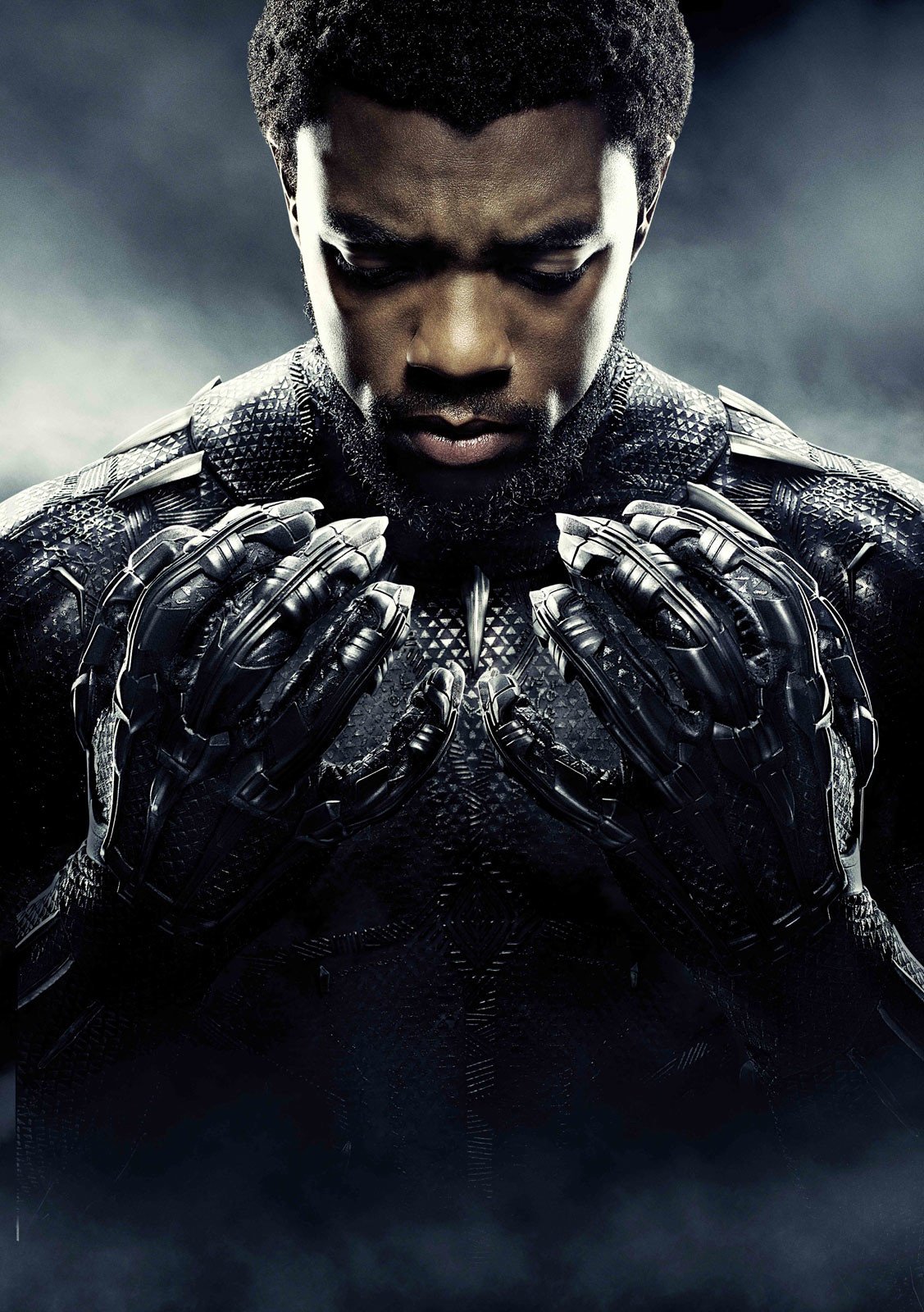 Without a doubt, this is the biggest of Chadwick Boseman’s movies. Marvel Studios’ Black Panther grossed well over a billion dollars at the box office. It instantly transformed Boseman from a well-known actor to world-renowned star. He played T’Challa, the king of Wakanda who is also the superhero known as Black Panther.

The character of Black Panther was a key component of Marvel’s cinematic universe. Chadwick Boseman played the role of T’Challa in four movies and voiced the character in a yet-to-be-released Disney Plus series. Because of Boseman, Black Panther redefined Marvel’s capabilities, and it remains one of the studio’s best films.

Black Panther 2 was in production when Chadwick Boseman passed away. Marvel has announced that the film will still be released, but it will explore other characters in Wakanda. To honor Boseman’s legacy, the studio decided not to recast the role of Black Panther. 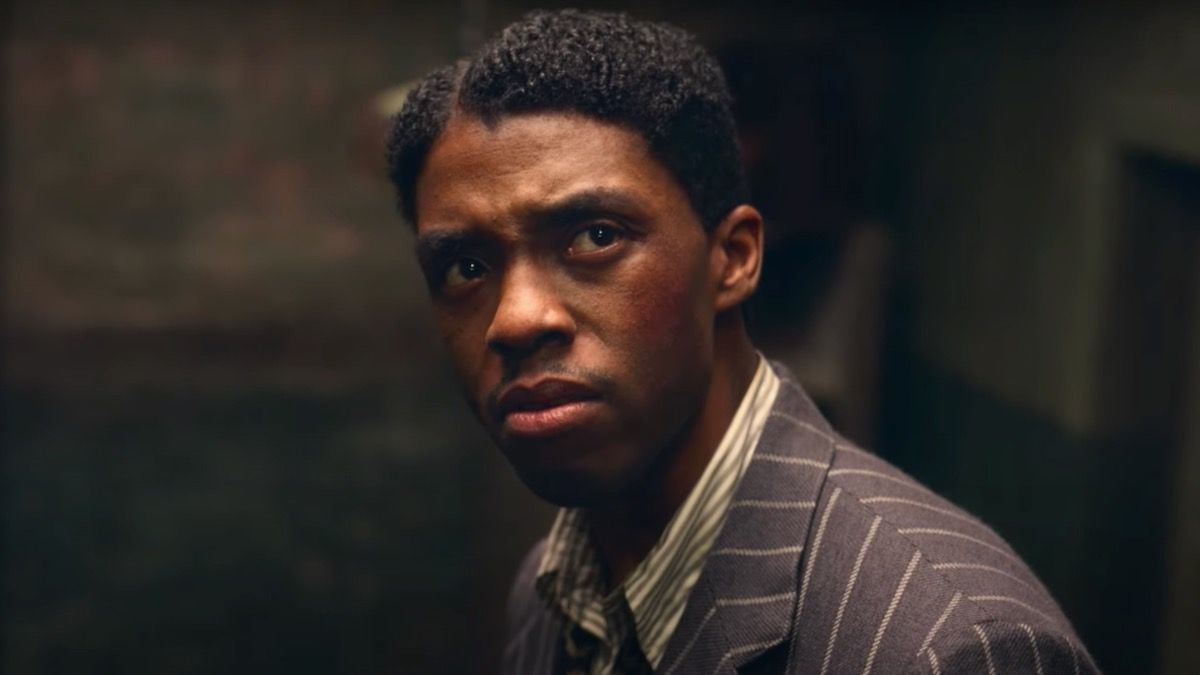 This adaptation of an August Wilson stage play was Chadwick Boseman’s last movie role. The story takes place in the 1920s and centers on tensions between blues singer Ma Rainey and the white management team at her recording studio. Boseman’s costar, Viola Davis, played Ma Rainey. He played her over-confident trumpet player Levee.

The film was produced by Netflix, and it had a short theatrical run at the end of 2020 before coming to the streaming platform. Just about everyone thought Boseman would receive an Oscar for the film. Instead, the Academy chose Anthony Hopkins, but even he felt the need to honor Boseman in his acceptance speech.

These might be Chadwick Boseman’s most iconic movies, but the list is just a small sample of all the work he’s done. He may be gone, but we’ll be watching Boseman, forever.