Does science explain this bizarre landmark in a giant hill in England?

For centuries, a carving of a massive, nude giant with a large club and a prominent erection has baffled scientists & historians. Archaeologists have speculated the Cerne Abbas giant may have been prehistoric, Roman, or even modern. However, recent sediment analysis performed by the National Trust suggests the giant may have been made between 700 and 1100AD.

The Cerne Abbas giant is nearly 180 feet tall. In one hand he holds a massive knobbly club that measures 121 feet in length. The giant was made by carving channels into the ground and then filling them with chalk made from ground mollusk shells.

Chalk hill carvings are an unusual phenomenon in Britain. The Cerne Abbas hill carving is one of the best-known in England. Many archaeologists have sought to place them all into one specific time period or phase but they’re likely made at different times. Researchers now look to understand what these carvings can tell us about a place and time. 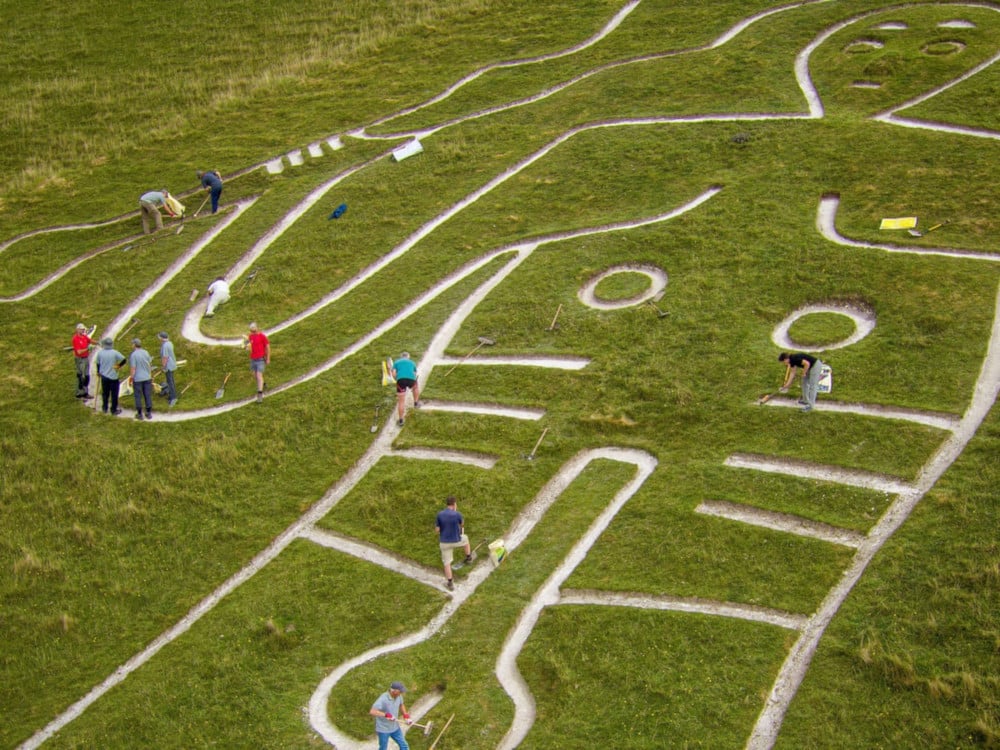 It’s believed that as many inhabitants of the area became Christians, the hill became overgrown with weeds and tall grass. It’s likely the giant was still faintly visible, but local people were disinterested in it. The hill grew disused for hundreds of years and the giant likely vanished from view as a survey from the early 17th century contained no mention of the giant.

The earliest written mention of the Cerne Abbas giant was in 1694 when a church administrator wrote of repairing the giant. Drawings and other descriptions of the giant began to circulate in the 18th century, though some left out the giant’s prodigious manhood due to the modesty of the time. 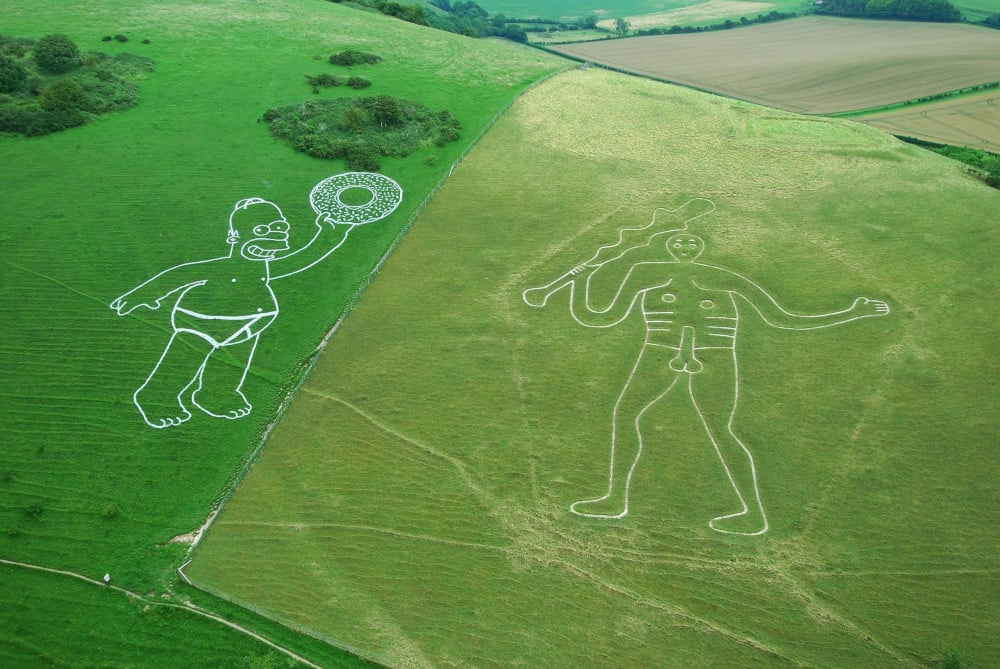 If the giant is indeed from the 10th century, it’s likely a depiction of an early Anglo-Saxon god named Heil or Heilith. Some believe the giant’s tremendous phallus, measuring well over twenty feet, was used as a ritual site for women looking to conceive children. Around the same time, the Cerne Abbey was founded near the hill perhaps to convert local worshippers of the pagan god.

Other theories about the giant suggest that he was a depiction of Hercules made in the first century A.D. Some believed the giant to be similar to a Celtic god from around the same time period. A more fantastic story suggests that it is a depiction of an actual giant killed by villagers as he slept.

One popular theory was that the giant was a sort of political cartoon skewering Oliver Cromwell in the 1700s. The belief was that during the English Civil War, Denzil Holles had the giant made to mock Cromwell’s military rule and Puritanism. 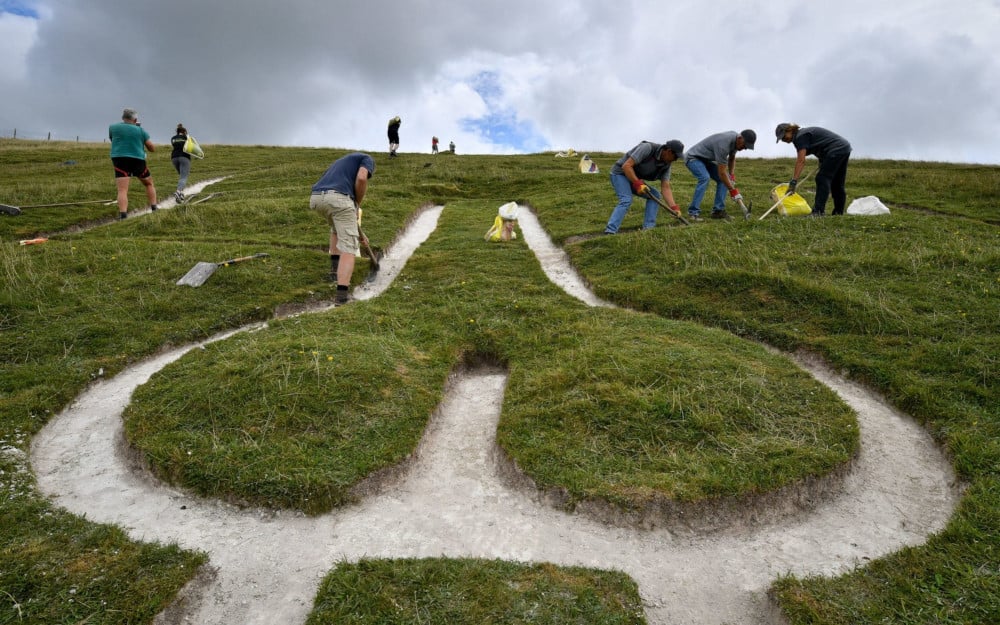 Some have suggested the giant’s penis may have been added at a later date. Some depictions of the giant throughout history have shown variations. For instance, early drawings show the giant with a navel that’s absent on the modern giant. An earlier study suggested that there may have been more to the original image. In 1993, the National Trust had to fix the giant’s nose which had worn away due to erosion.

The National Trust received land in 1920 and maintains the hill to this day. They add chalk to the carved channels every twenty-five years to ensure future generations will be able to see the giant’s iconic figure. Researchers still have a lot of work to do to understand the giant, so we still don’t really know who made it or why, however, it does provide us with a fascinating link to that era.

Why do you think there’s a giant sculpted in a hill in the UK? Do you think it was man-made, or do you think aliens built it? Drop your theories in the comments below! 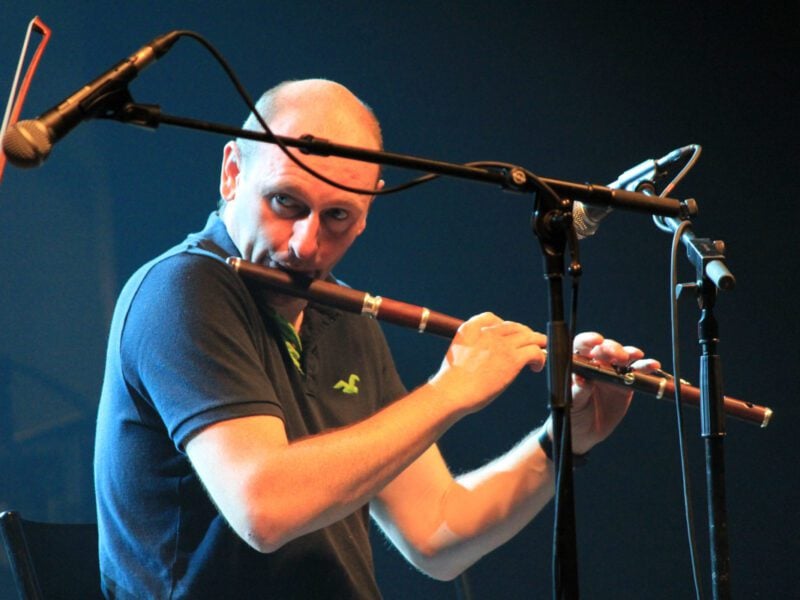 6 Beautiful Examples of the Celtic Flute Used in Movie Themes