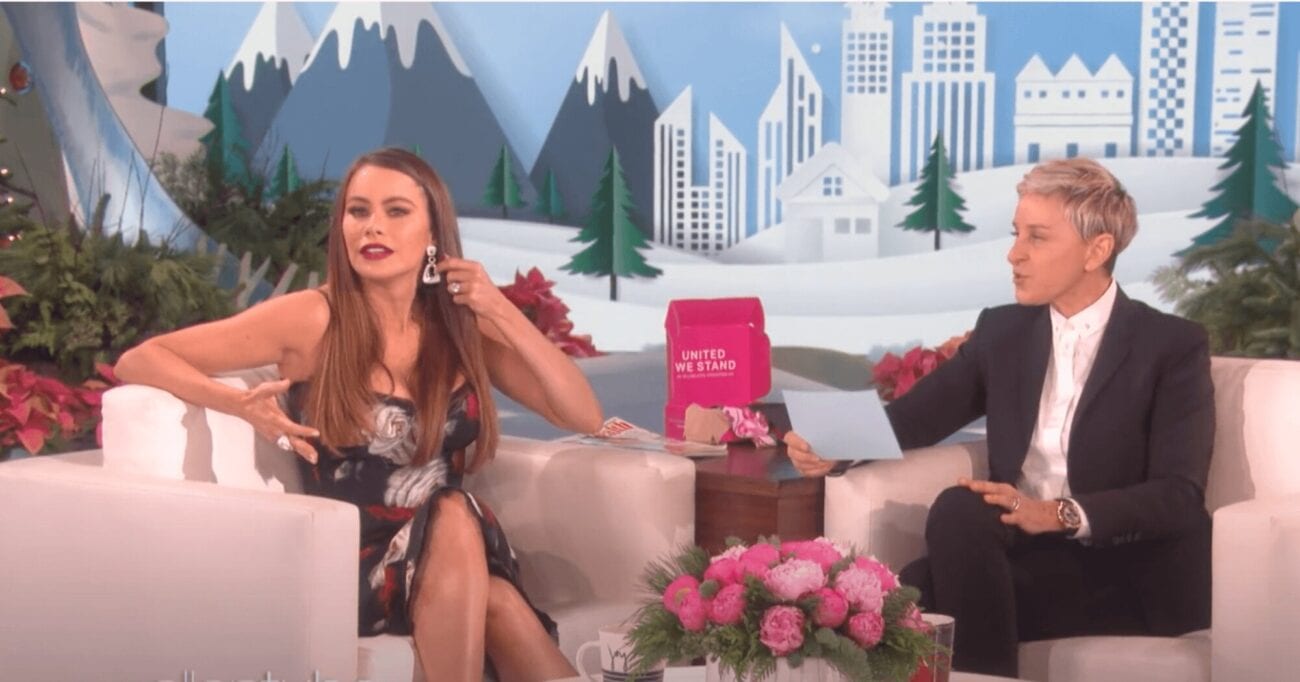 These celebrity interview moments have us cringing years later

Nothing can quite grab our attention like an awkward celebrity interview. While they might not be very fun or comfortable for the stars involved, they’re as entertaining (or cringe-worthy) as they can get for the viewers. Surely, watching the screen through the gaps of our fingers has its own appeal during cringe celebrity interview moments.

Laughing in cringe is totally a mood when it comes to the repetitive plays of some of these celebrities landing themselves in embarrassing and painfully awkward situations with the TV hosts. Not to forget, the evil traps TV crews set up to extract the ultimate television gags from the poor celebrities. Either way, they manage to grab our attention wholly.

Read on for the best (or worst) celebrity interview moments that have us cringing so hard, we want to crawl under a rock.

In an interview with Sofia Vergara on The Ellen Degeneres Show, host Degeneres took a dig at the Columbian actress’s English accent and made her pronounce complex words as part of a “game” to bring a laugh out of her audience. While the audience cringed and probably sympathized with Vergara, Ellen Degeneres laughed her way through it.

In 1998, Jennifer Aniston appeared on The Late Show with David Letterman at the peak of her Friends’ success. During the interview, Letterman deviated from the topic at hand and proceeded to scoot towards Aniston, saying “Forgive me if this is rude. I just want to try one thing.”

Before anyone in the audience could blink, David Letterman popped a piece of the actress’s hair in his mouth, sucked on it and let it fall back from his mouth while Jennifer Aniston shrieked in embarrassment & discomfort. Major cringe.

If not before the interview, Cara Delevingne surely had a bad day after. When Cara Delevingne was promoting her film Paper Towns in 2015, an interview with Good Day Sacramento and the celebrity model-turned-actress had gone so epicly wrong that we don’t know where to start.

The interview started with the presenters getting the actress’s name wrong by calling her “Carla” instead of Cara Delevingne and proceeded with them noting, “You seem a little irritated. We’ll let you go take a little nap and maybe get a red bull”. After the interview went viral, Delevingne countered that perhaps “her British sarcasm had been lost in translation.”

The “Mysterious Girl” singer had a difficult time answering the host’s question about the possibility of the cage fighter potentially adopting his children on the day after Peter Andre’s ex-wife, Katie Price, married former mixed martial artist Alex Reid.

The most epic celebrity mother-daughter fallout – almost next to the Kardashians – happens with Dakota Johnson and her mother Melanie Griffith during an Oscars interview in 2015.

The fallout started with Griffith coldly answering in negative when the host asked if she had watched Johnson’s debut film, Fifty Shades of Grey. Dakota Johnson tried to save the situation with a diplomatic response but Griffith seemed unmoved. We pity the host stuck in the heated spectacle on live TV.

While this may not be the first confrontation interviewer Krishnan Guru-Murthy faced (just look up Quentin Tarantino “shutting [his] butt down”), it still is an iconic one.

The interview certainly didn’t go well when Guru-Murthy questioned Robert Downey Jr. about his father and his relationship with drugs during Iron Man promo, leading to Downey walking out from the interview celebrity-style.