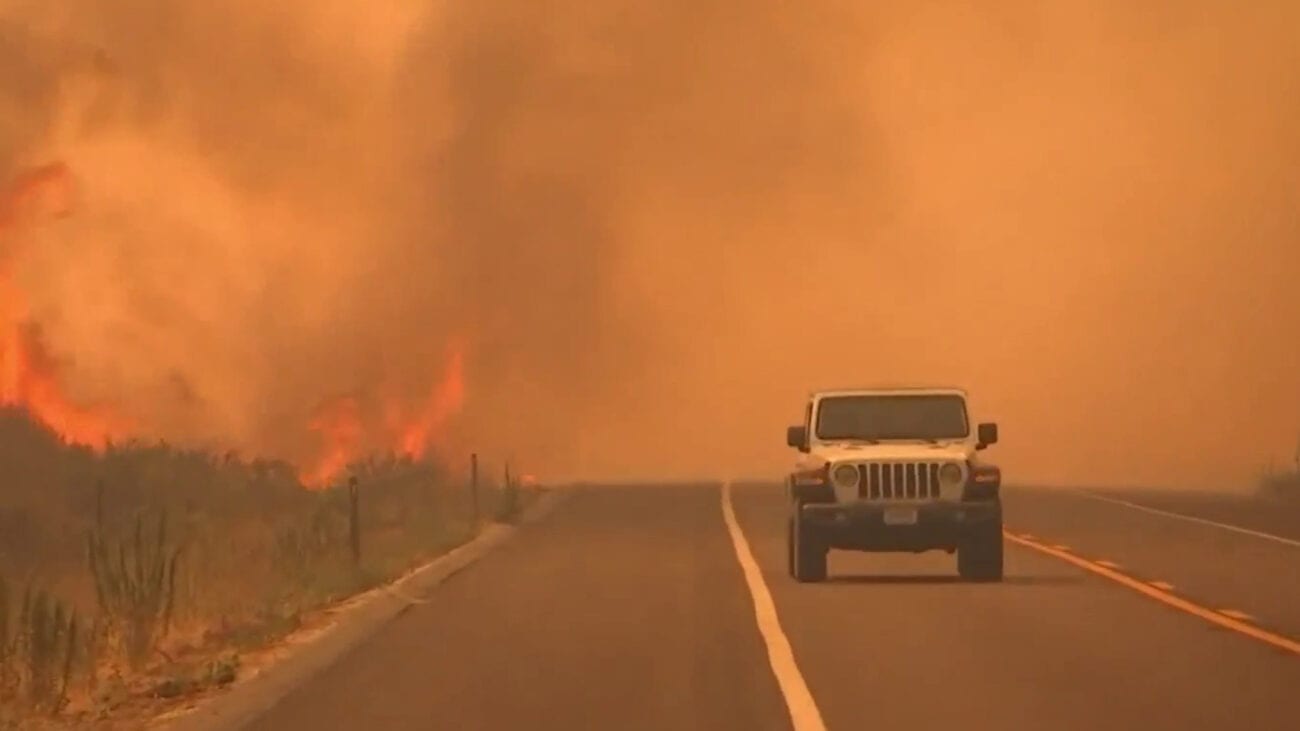 Wildfire season is here, meaning that skies in California are turning orange. Smoke clogs the air, and in some parts of the West Coast, it looks like the dead of night at noon.

Right now, at least twenty-two fires are burning in California. In Oregon, more than 470,000 acres have already burned. More than 140,000 people on the West Coast lost power due to the wildfires. Those with power are sharing grim, apocalyptic pictures of the wildfires online.

The biggest wildfire story this year began with an explosive gender reveal party. The El Dorado blaze was completely preventable – don’t announce “it’s a boy” using explosives in the middle of dry season! The couple responsible now faces arson charges and millions of dollars in damages. 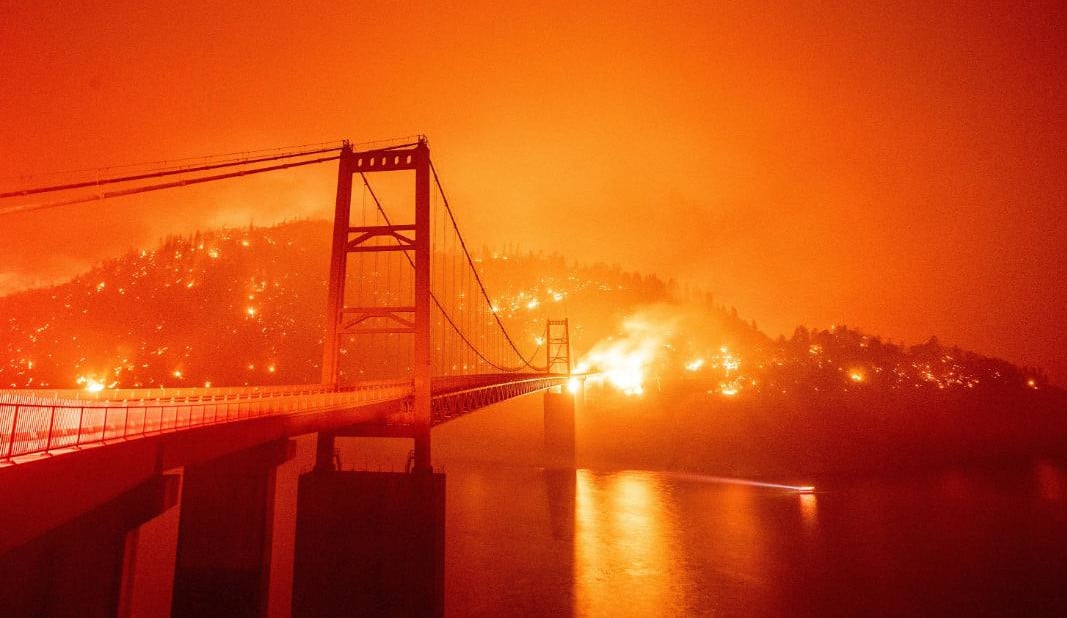 Michele McKeown of Oakland, California, reported that her neighborhood is flooded with house lights at 10 AM. The skies are orange and residents can smell the smoke. She told CNN: “It feels eerie, apocalyptic, and frightening. I’ve lived in the Bay Area since 1988 and never experienced such doom coming from the sky.”

Here’s my report: it’s bad out here at @flySFO pic.twitter.com/ZcHuXZCom5

It’s so bad that the National Weather Service branch in the Bay Area tweeted a call for help. “This is beyond the scope of our models so we rely on your reports!” 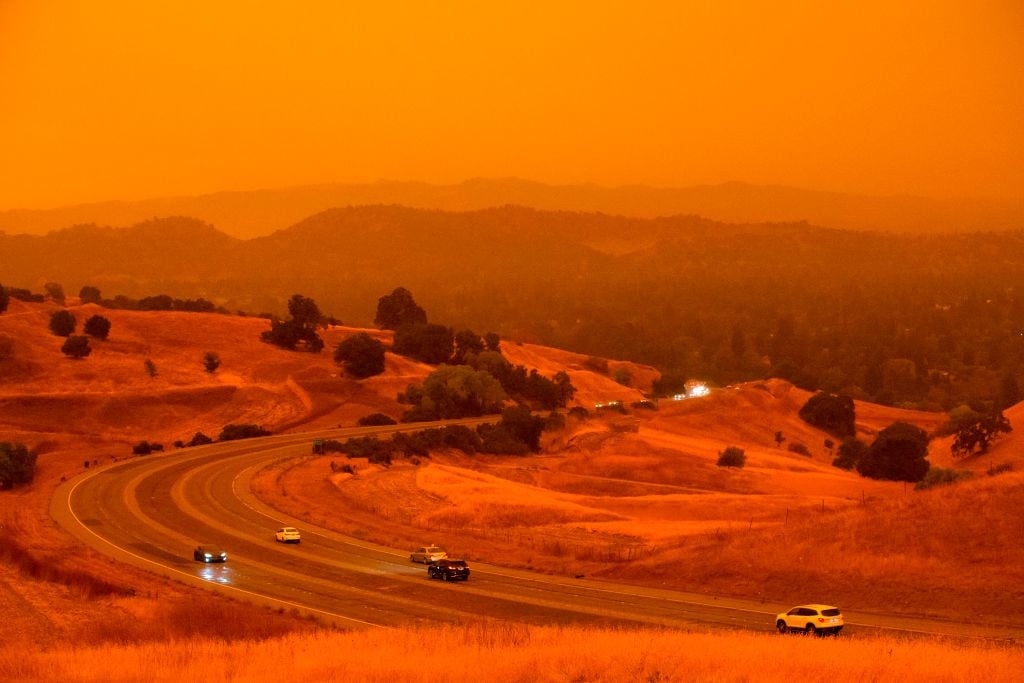 The Ygnacio Valley is glowing orange. Due to refracted light from smoke, the sunny blue skies are gone, replaced with an eerie Mars red sky.

This year, wildfires are ravaging the West Coast more than usual. According to California’s wildfire summary, 3.1 million acres of land burned. “This year’s fire season has been a record-breaking year, in not only the total amount of acres burned, but 6 of the top 20 largest wildfires in California history have occurred in 2020.” 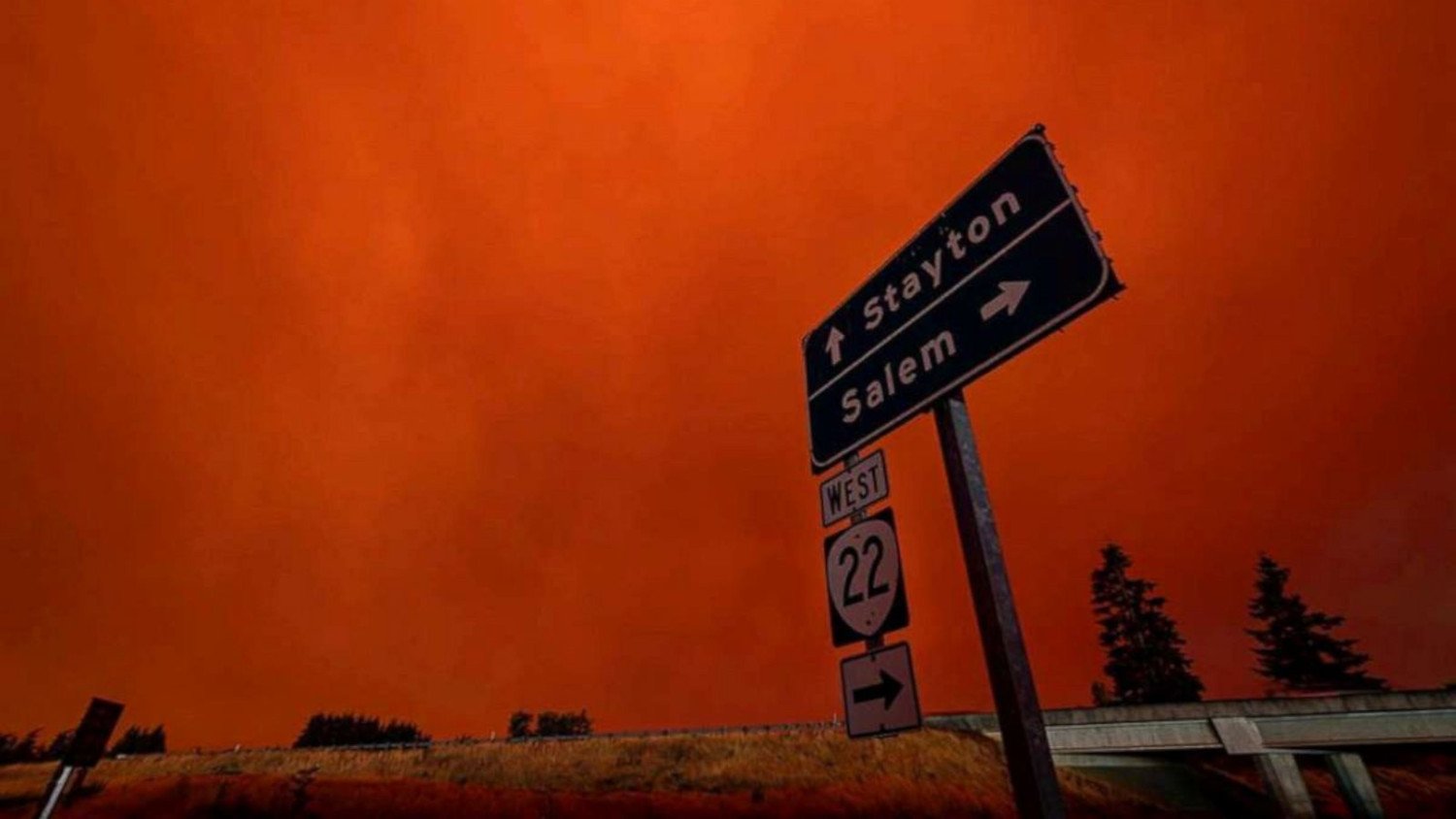 Wildfires are especially bad in Oregon this year. Governor Kate Brown called the fires “unprecedented . . . with significant damage and devastating consequences across the entire state” in a press conference.

State officials are carrying out mass evacuations. Oregon expects a tremendous loss of life and tons of property damage.

One Oregon firefighter told Fox News she could feel the heat through her suit. “We were starting to see flames come in pretty close to us and the winds were blowing it just right towards us. A couple of our firefighters were calling their families to say they loved them. It was getting to that point. It was scary.” 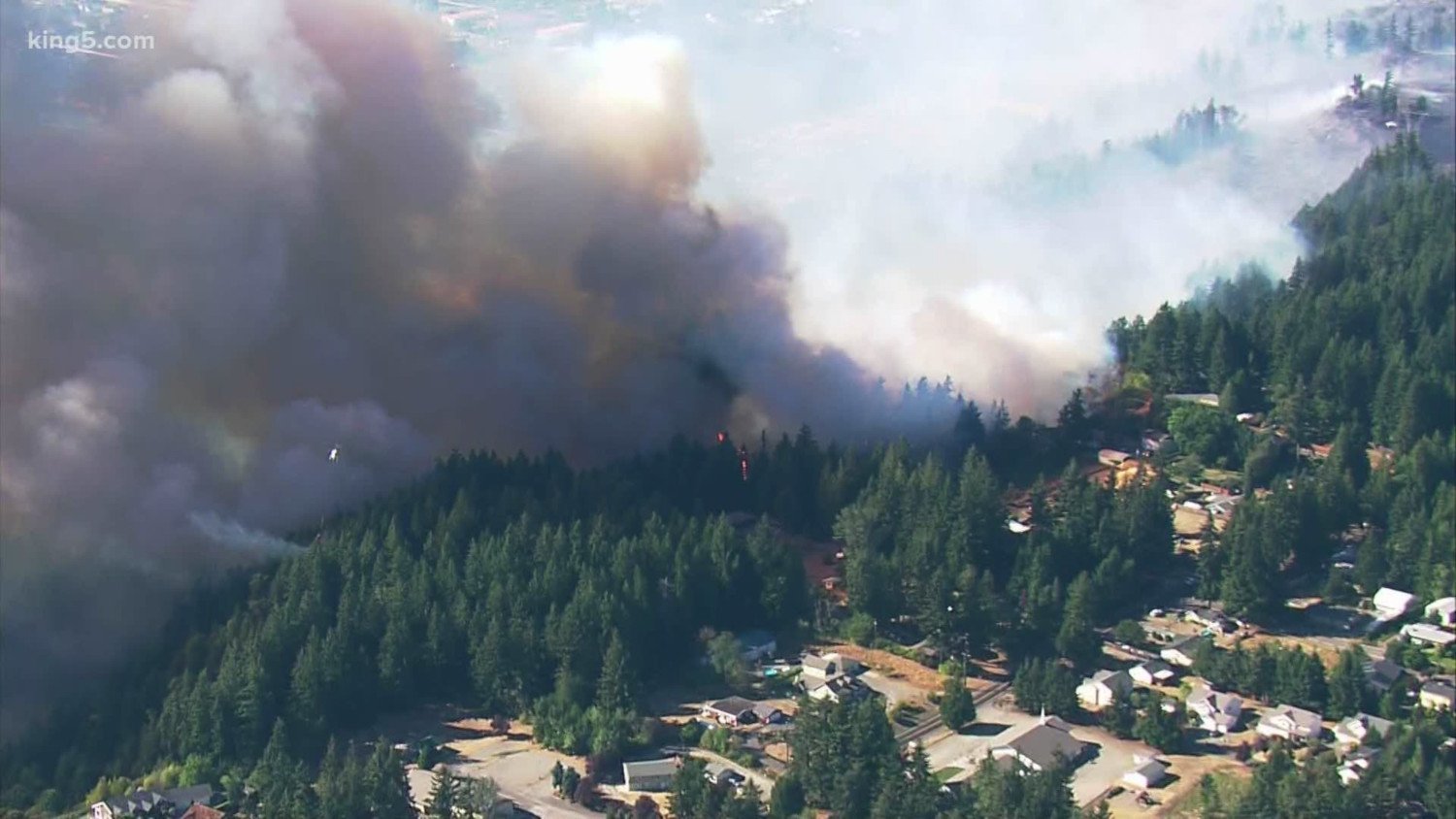 In Washington state, over 330,000 acres of brush & timber incinerated in less than twenty-four hours. Smoke blew over Puget Sound, filling the air with unhealthy particles that can affect people’s health after the fires are put out.

King 5 reports that mandatory evacuations and strict “burn bans” were implemented in some parts of the state. Governor Jay Inslee declared that this wildfire season was much worse than the last twelve wildfire seasons the state had seen. 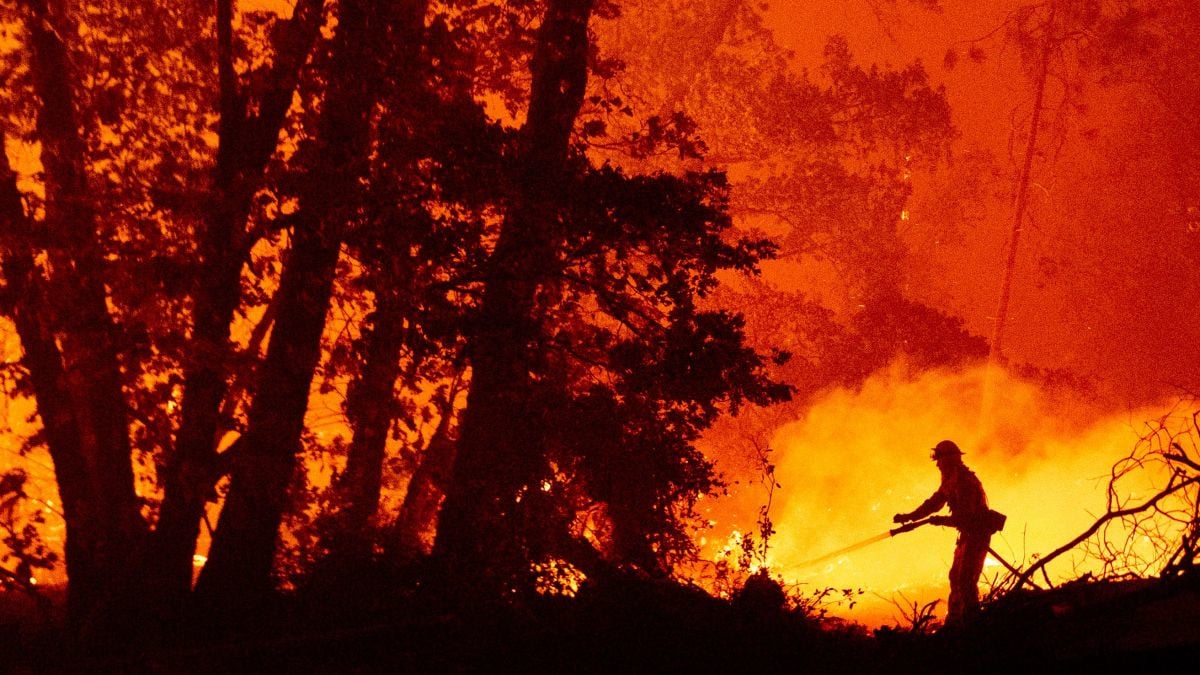 2020 is an apocalyptic year for the history books. However, this is the culmination of an upward trend in wildfires measured since 2002. Worldwide, wildfires are also on the increase. Why? Science Brief, a web platform hosting peer-reviewed, published papers, outlines fifty-five scientific papers supporting the claim that “climate change increases the risk of wildfires.”

Specifically, the research points to an increase in conditions (drier seasons) that spark wildfires and lengthier windows of those seasons. 2018’s wildfires, the worst on record for California so far, lasted until November.

However, an article published in Science Magazine, written by Niels Andela et. al concluded that “global burned area declined by about 25% over the past 18 years, despite the influence of climate.” They credited agricultural growth in grasslands for the reduction. 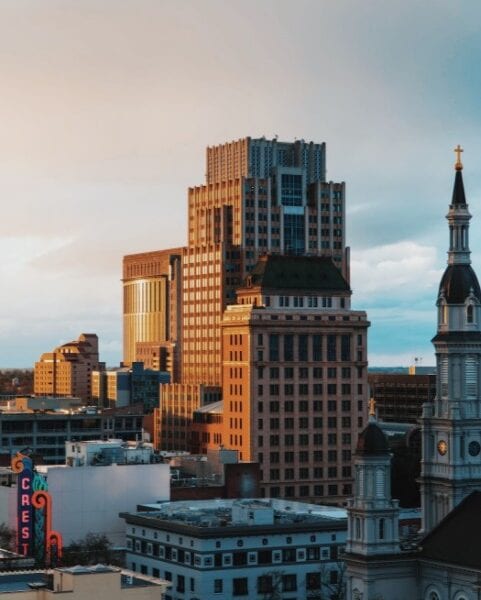 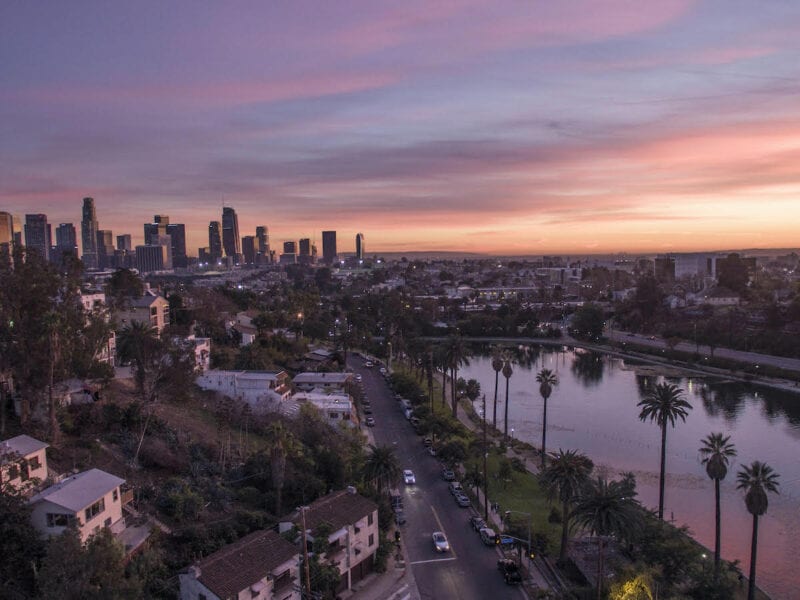 Why are there so many earthquakes happening now in Los Angeles? 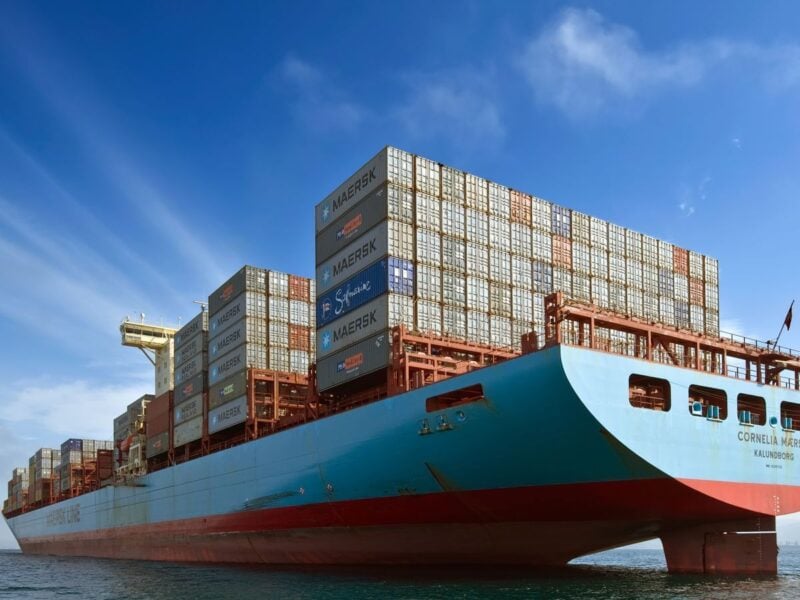 Is the Southern California shipping backup becoming the next Suez Canal?