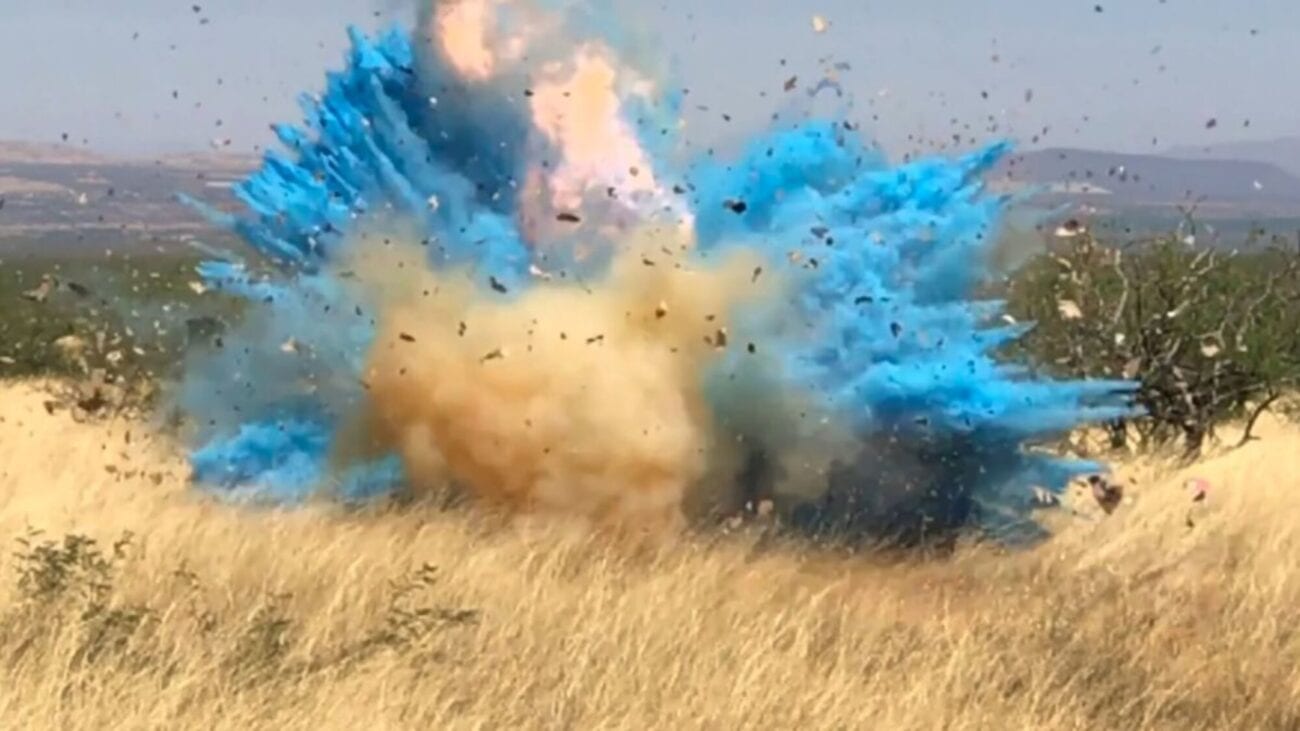 California memes on fire: Why the internet is roasting gender reveals

Gender reveals typically involve a couple popping or breaking something filled with either pink or blue powder. These bursts of powder are normally small & harmless. However, some people take these bursts so far it verges on dropping napalm in Apocalypse Now.

The internet is calling out these gender-reveal parties for the ridiculous events they are – and are of course creating memes based on the most recent gender-reveal wildfire incident. Here are some of the very best memes about the wildfires. 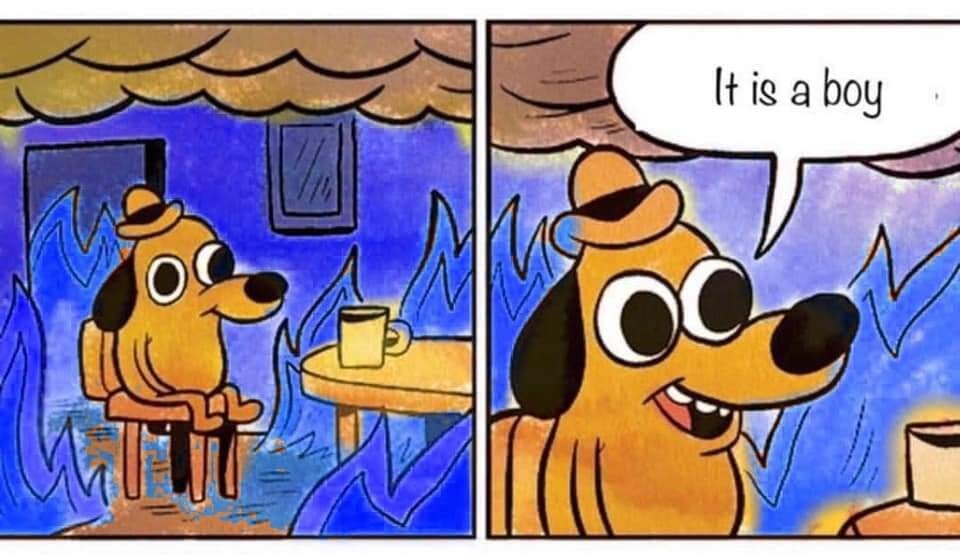 Here, the dog who usually says “this is fine” in a burning room is celebrating a gender reveal. Apparently, this pooch failed to realize the damage caused by this revelation. 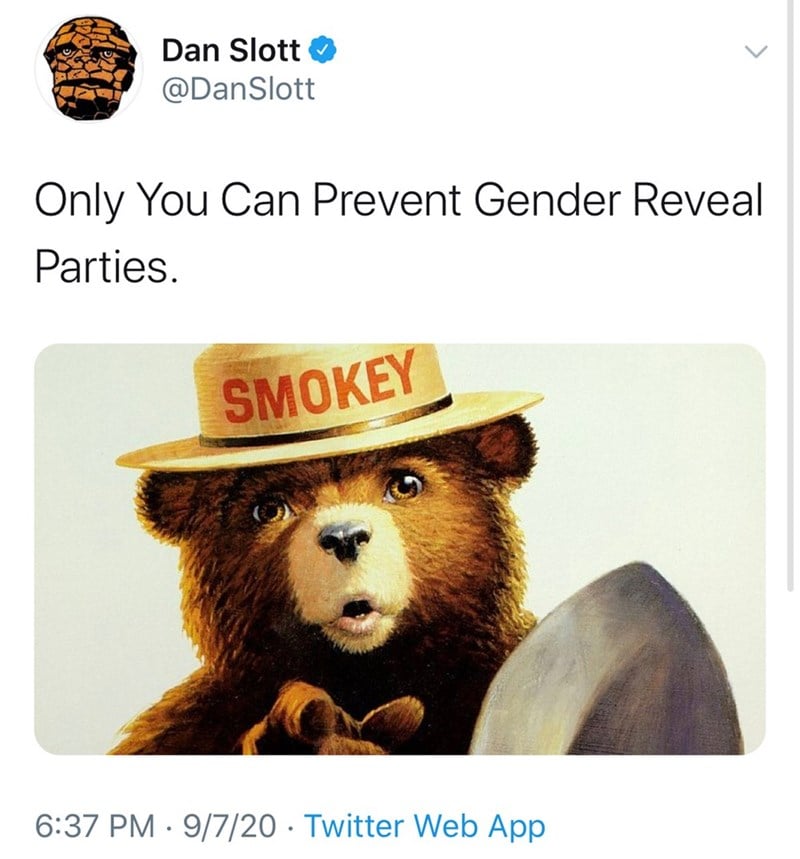 Wasn’t it a gender reveal party that blew up Krypton? pic.twitter.com/WDP3zBSA6l

The death of Krypton

Apparently, the planet Krypton died due to a gender reveal gone wrong. At least we have Superman here on Earth to help us stop future gender-reveal parties from causing disasters.

Somebody suggested the Green Goblin’s attack on Aunt May from Spider-Man was actually caused by a gender-reveal party next door. You can set the woods ablaze, but going after sweet Aunt May is too far.

It’s crazy to think one of history’s tragic moments could have been caused by a gender-reveal party. Really makes you wonder what other historical events were potentially caused by overexcited parents who discovered their baby’s gender.

Disney parks are known for impressive special effects in their rides & shows. However, Minnie using a flamethrower to announce her baby’s gender may be a bit over the top. However, a new gender-reveal fireworks show just might be Disney’s next big thing.

had a blast at the gender reveal party in gotham last night pic.twitter.com/XCarnNp404

Taking the most tragic scene from The Dark Knight and suggesting it was a gender-reveal party is a hilarious idea. Like the Joker once said: “Let’s not blow things out of proportion.”

Just came from a gender reveal party
it's a BOY! :D pic.twitter.com/Ikuh6fCDL6

Travis Scott puts on some crazy live performances, so it’d only make sense his gender-reveal party would be just as explosive. This is what happens when the gender reveal goes full “Sicko Mode.”

my husband moments before our gender reveal pic.twitter.com/3aXHxIUhxK

This hilarious meme puts a funny spin on the iconic movie theater explosion from Quentin Tarantino’s WWII revenge fantasy Inglorious Basterds. If the gender reveal ends up killing some evil Nazis, it can’t be that bad.

Gender reveal parties have officially gotten out of control. Hopefully, people will think before they damage their entire town because they got excited about their baby being a boy or a girl – or even purple for intersex.