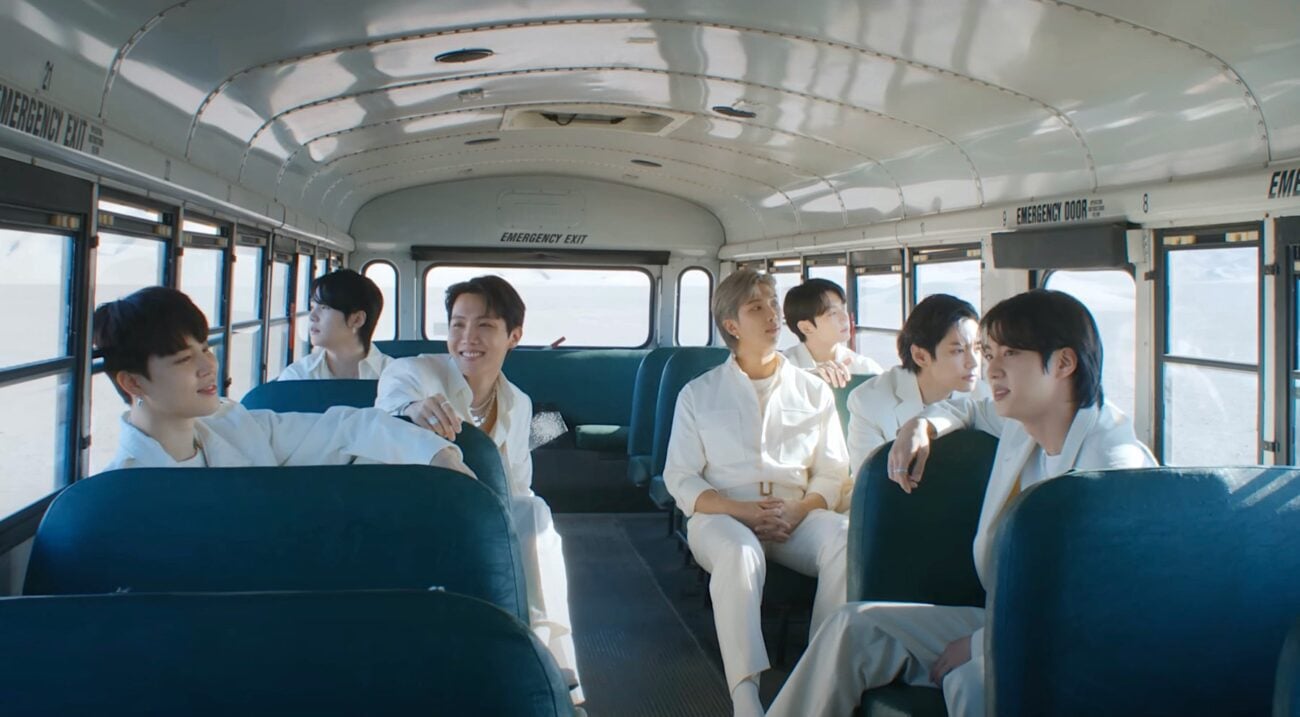 Besides BTS looking flawless as usual, the new music video pays homage to their past work and makes ARMY feel especially sentimental considering their hiatus. Yes, it’s time to grab plenty of tissues as we unpack all the references to BTS’s humble beginnings & acclaimed hits. 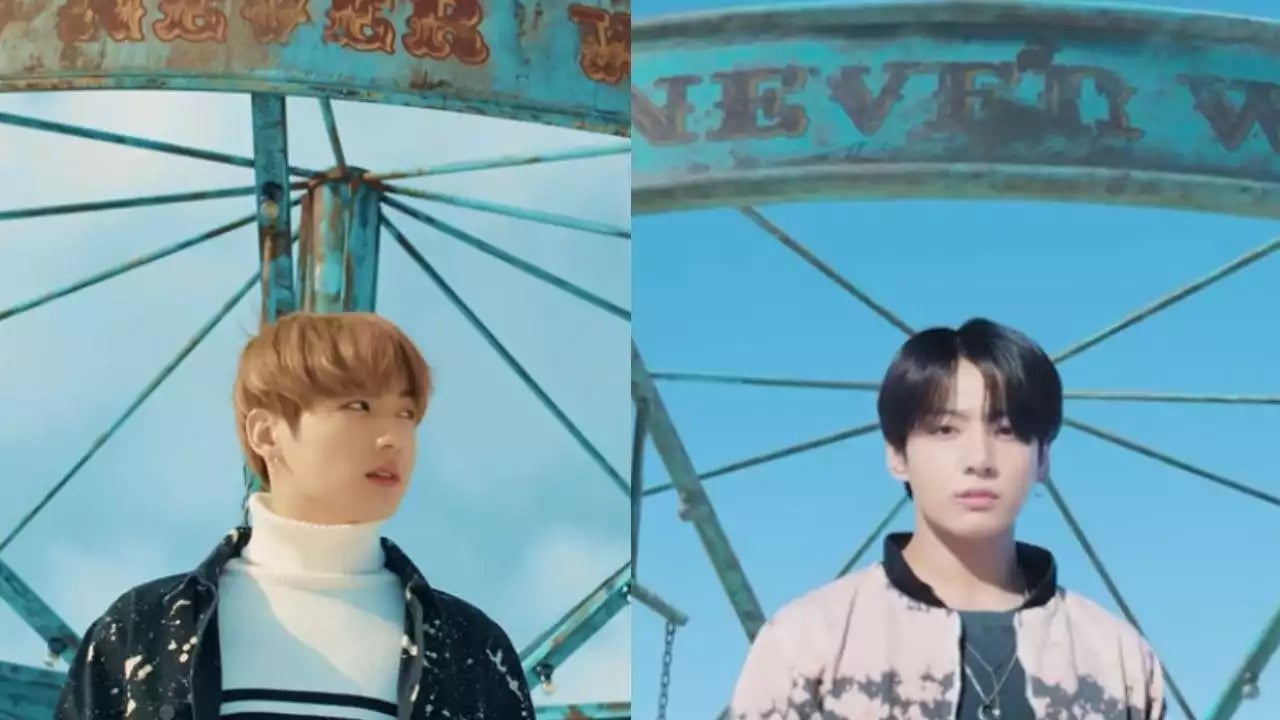 “Yet to Come” hits heavy on nostalgia

Most of the ARMY will be able to identify many of the easter eggs in the new song’s video. However, we’re here to break down the details you may have missed. Clearly, we can’t let BTS’s genius go unnoticed.

First, let’s talk about the clear reference to their song “Spring Day” with the inclusion of the rustic carousel. This carousel, with the words “you never walk alone” on it, first appeared in “Spring Day,” which was released in 2017. The broken-down train in “Yet to Come” is also a nod to the 2017 track. This video will always have a special spot in our hearts due to its emotional melody & heartwrenching lyrics.

Another reference to BTS’s previous work is when Jin is sitting in a truck bed while gazing at a large winged sculpture. First, the angel statue that Jin admires is a throwback to “Blood, Sweat & Tears” from 2016. Meanwhile, the truck he’s sitting on is definitely a reference to the truck in the video for “Run” from 2015.

Then, there’s the mystery of the cargo container with the number 20219. The container has reappeared in every comeback since it featured in BTS’s video for “Run”. What does it mean? Perhaps, we’ll never know. On the other hand, ARMY was finally able to witness Suga stand near a piano that was for once not burning or falling apart. This time, Suga is seen standing on a piano blooming with an array of bright flowers.

Of course, we need to talk about the yellow school bus. First seen in their debut video “No More Dream,” the school bus signifies the band’s origin and how far they’ve come since the rebellious track was first released in 2013. 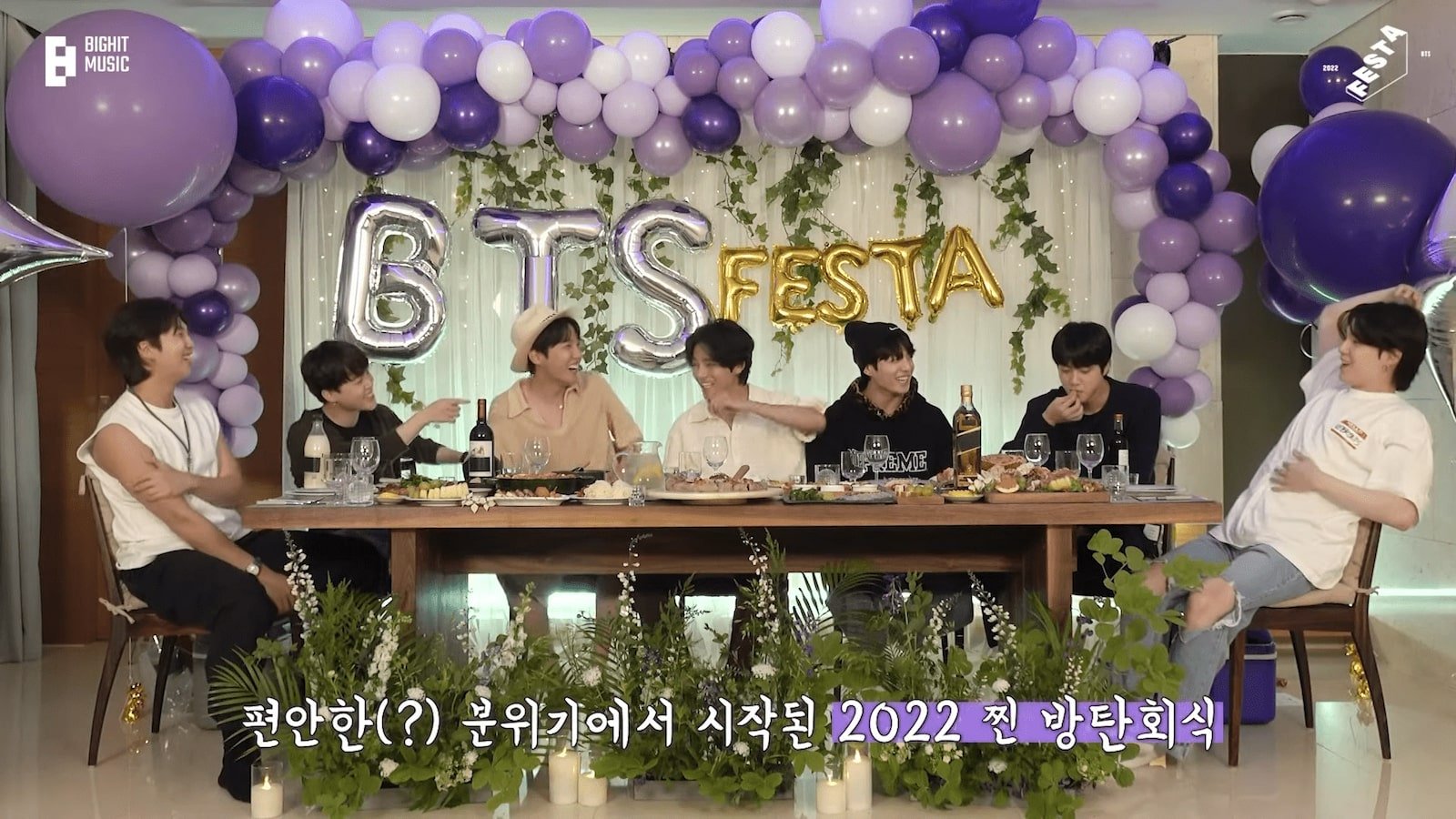 BTS is taking an extended break

In a recent video, BTS celebrated their Festa dinner which has been an annual event to mark their debut anniversary. Festa dinners have always been a joy for fans to watch as BTS members unwind with food and plenty of alcohol as they reminisce on their friendship & career.

Except this time around, the group used this time to announce that they are going on hiatus. The band, which has been working nonstop since its creation in 2013, is finally taking time for themselves to work on solo projects and themselves as individuals, not as BTS.

RM explained that while they’ve achieved unimagined success as a group, the members still need to grow and evolve separately as both musicians & people. “I think we should spend some time apart to learn how to be one again,” said J-Hope. “I hope you don’t see this as a negative thing, and see it as a healthy plan. I think BTS will become stronger that way.” 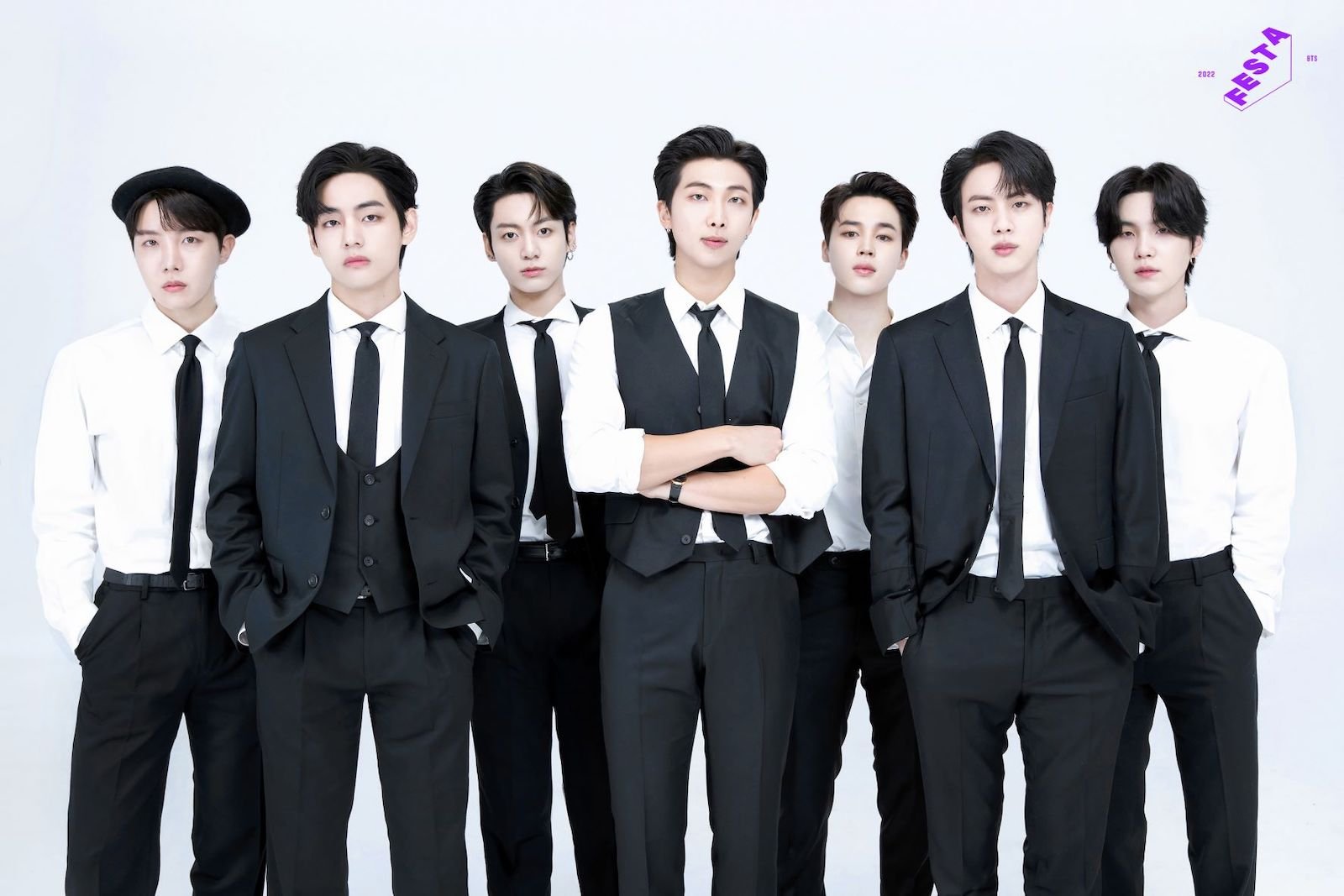 BTS made it clear that this decision wasn’t easy to make. Fear of disappointing ARMY was clearly a big stressor. “We can’t help but think of our fans no matter what, we want to be the kind of artists that are remembered by our fans. I think now we’re starting to think about what kind of artists we each want to be remembered [as],” Jimin expressed.

Suga added, attempting to lighten the mood and comfort fans, that, “It’s not like we’re disbanding!” This is definitely what everyone needed to hear to keep the tears from falling. 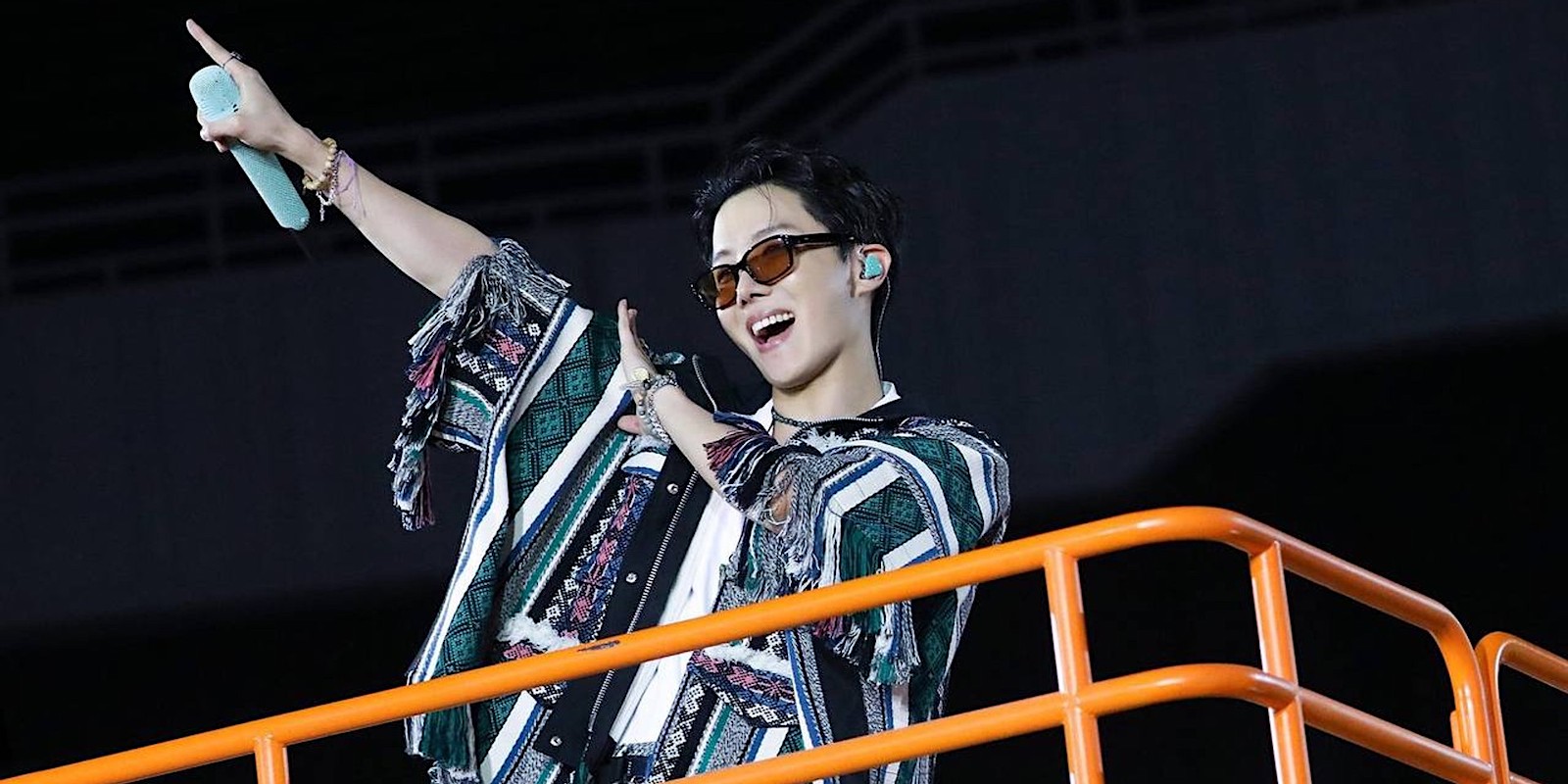 New solo music is on the way!

As BTS already said, this isn’t bad news or any cause for sadness. Now, each member will have the freedom to work on solo projects. According to the members, we can expect more solo music from J-Hope & Suga, who’ve already graced fans with solo work before.

Meanwhile, fans can now anticipate a solo album from Jungkook which has been on fans’ minds for years now.

BTS didn’t reveal any timeline or specific dates for these solo releases; however, we can expect new work from J-Hope soon since it was announced that he would be the first South Korean artist to headline the main stage of Lollapalooza (or any major U.S. music festival).

How do you feel about the news of BTS’s hiatus? What easter eggs did we miss in the video for the song “Yet to Come”? Let us know in the comments below!