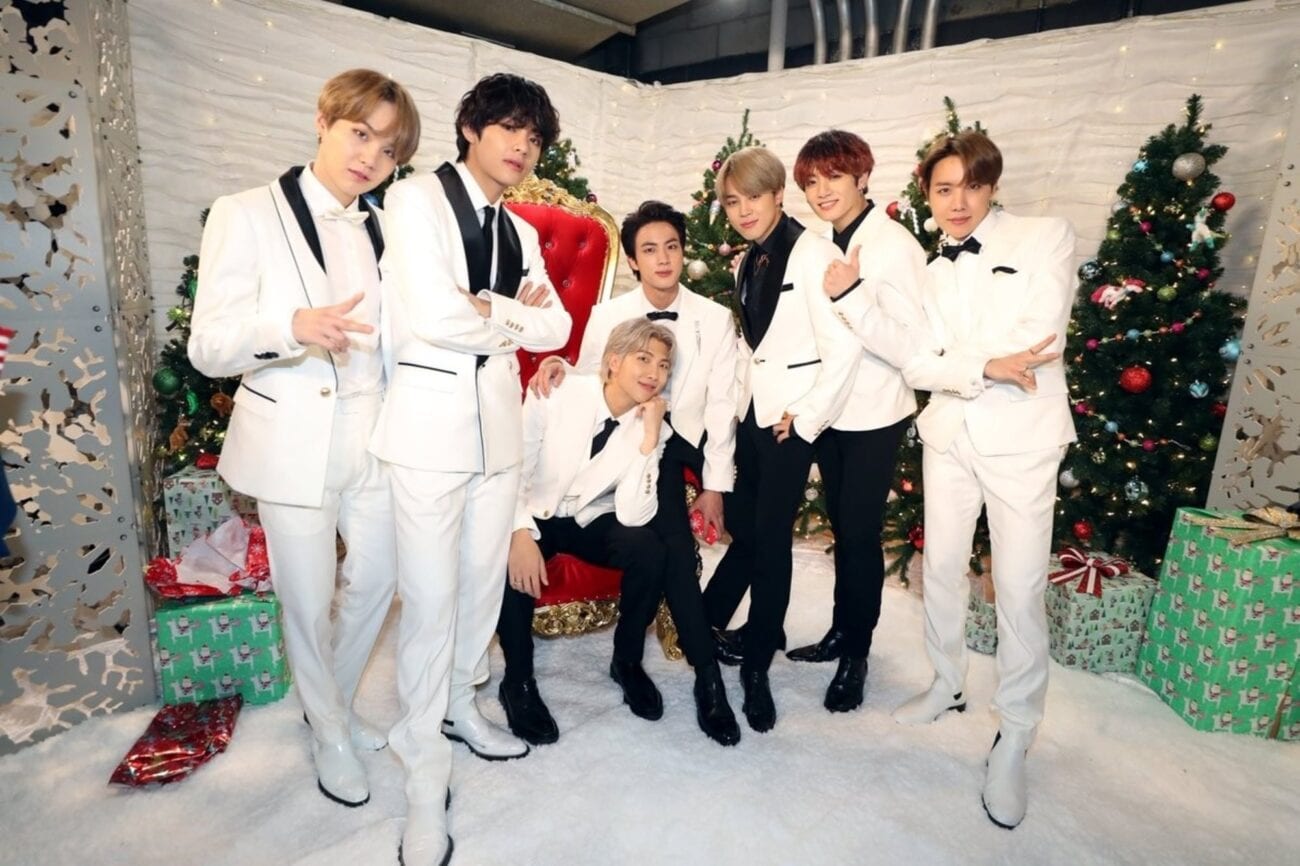 Jingle Bell K-pop: All the songs we want on a BTS Christmas album

It’s beginning to look a lot like Christmas these days thanks to our favorite K-pop boy band, BTS, as they’ve been gifting us with multiple Christmas performances in these last few weeks.

BTS, a South Korean K-pop group that has skyrocketed to fame since their 2013 launch, has their fanbase, the BTS ARMY, asking the question of if this band will EVER record a Christmas album, and if so, what songs would be featured on it? 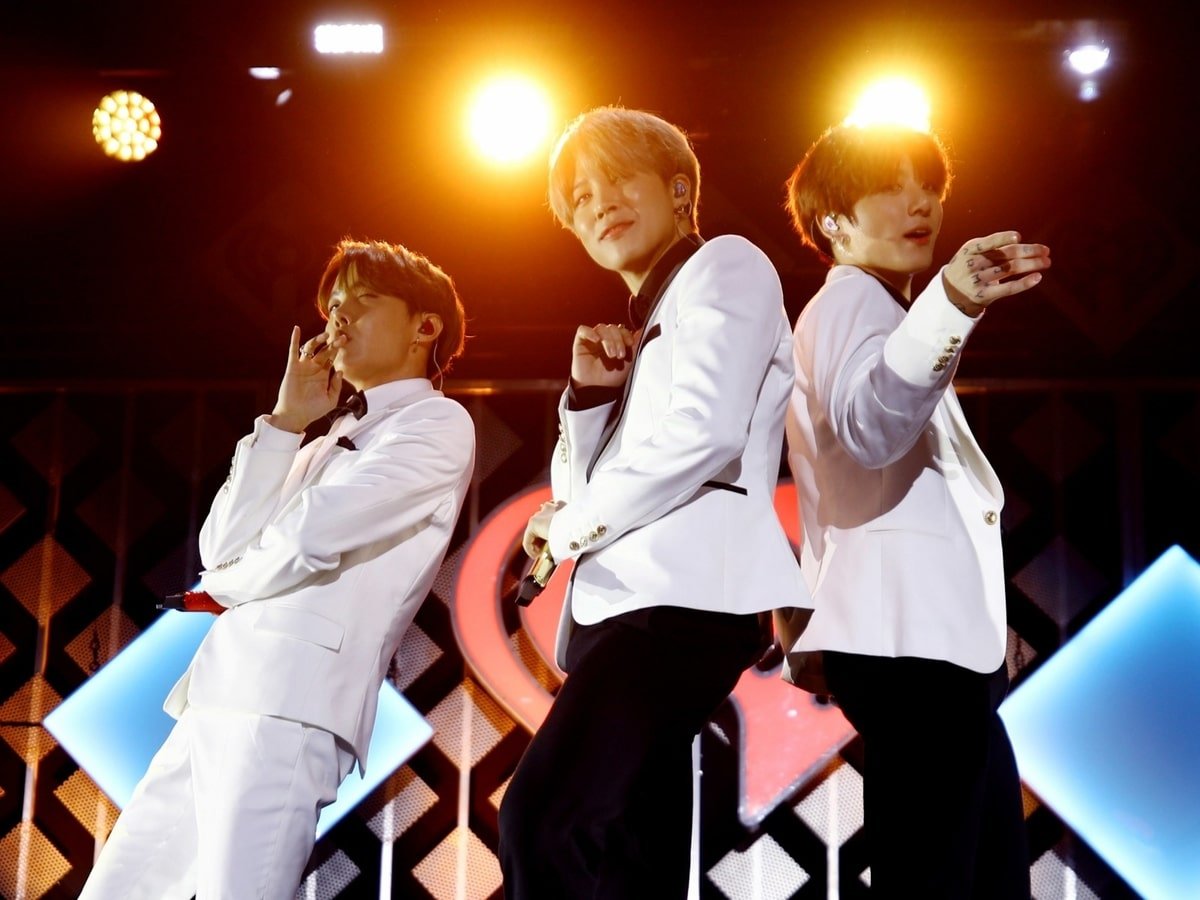 In 2019, BTS performed a collection of holiday songs at the SBS Gayo Daejun festival at Seoul’s Gocheok Sky Dome, singing group numbers as well as individual ballads that included “O Holy Night”, “Jingle Bell Rock”, and “Silent Night”, along with a few others.

Accompanied by multiple holiday-themed sets, spectacular dance performances, and even a sprinkling of snow, this was really the first time we saw BTS dive into the holiday spirit. 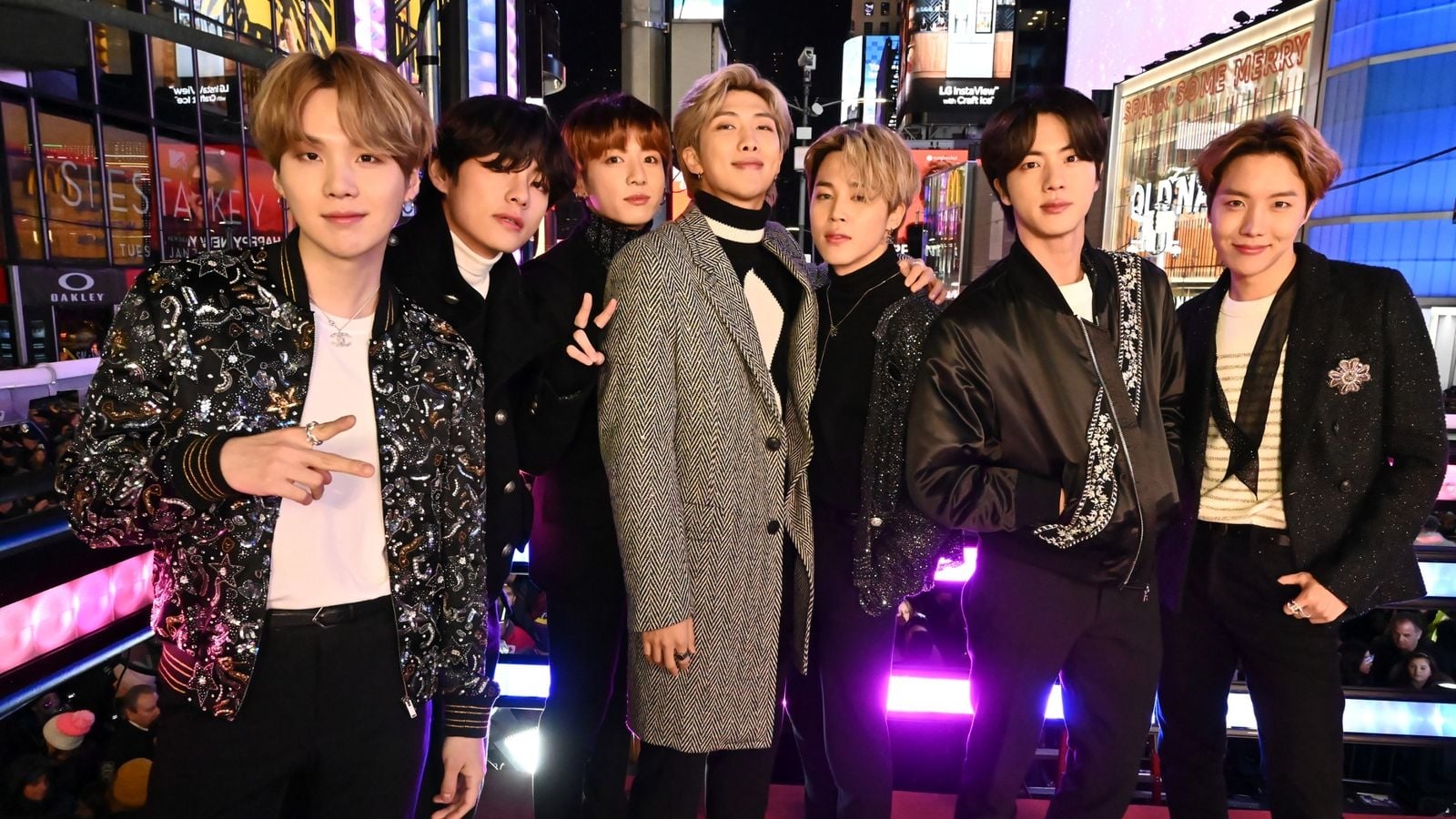 On November 30, 2020, BTS joined up with Disney to perform “Santa Claus is Comin’ to Town”, on this year’s third Disney Singalong presented by ABC, giving families all the Disney & holiday feels from the safety of their own home.

Just last Friday, we saw the surprise release of a Christmas mashup of BTS’s most popular hit to date, “Dynamite”. This version, which features the addition of several familiar Christmas sounds including sleigh bells, was released along with a fun video of the boys embracing in some yuletide cheer, taking pictures with selfie sticks in front of a giant Christmas tree wrapped in gold.

Ok, fellas, you’ve given us a taste, so here are a few of the songs we want to hear from your Christmas album! 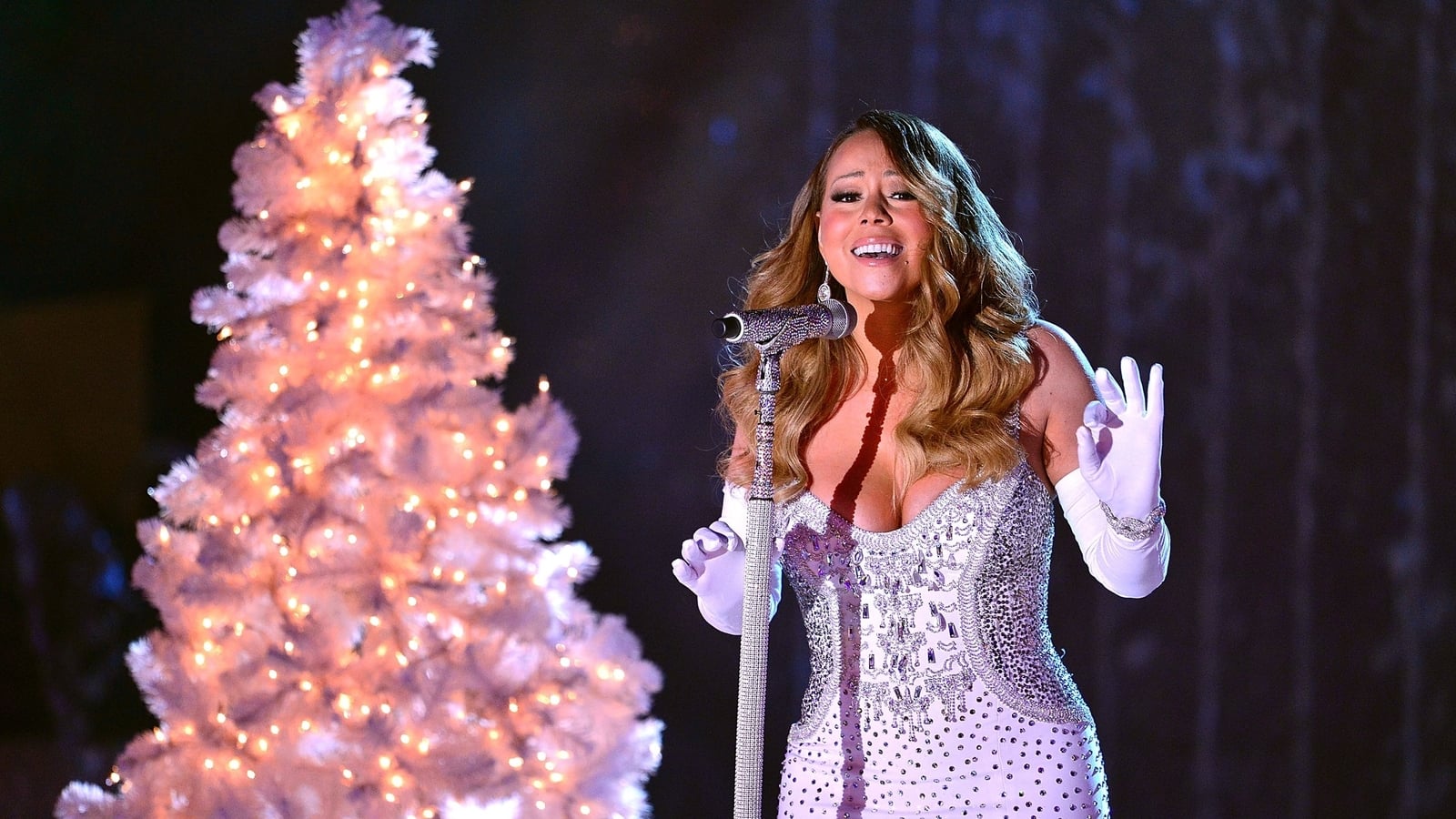 “All I Want For Christmas Is You”

This holiday smash, made popular by Mariah Carey, lends itself to a variety of pop renditions as its quick pace & heavy percussion produce a beat that we know BTS could rock out to.

BTS would not only find a way to make a new classic version of this song, but would also be able to produce some excellent choreography to go along with it, making us believe Mariah better watch out when the K-pop band rolls out a version of their own. 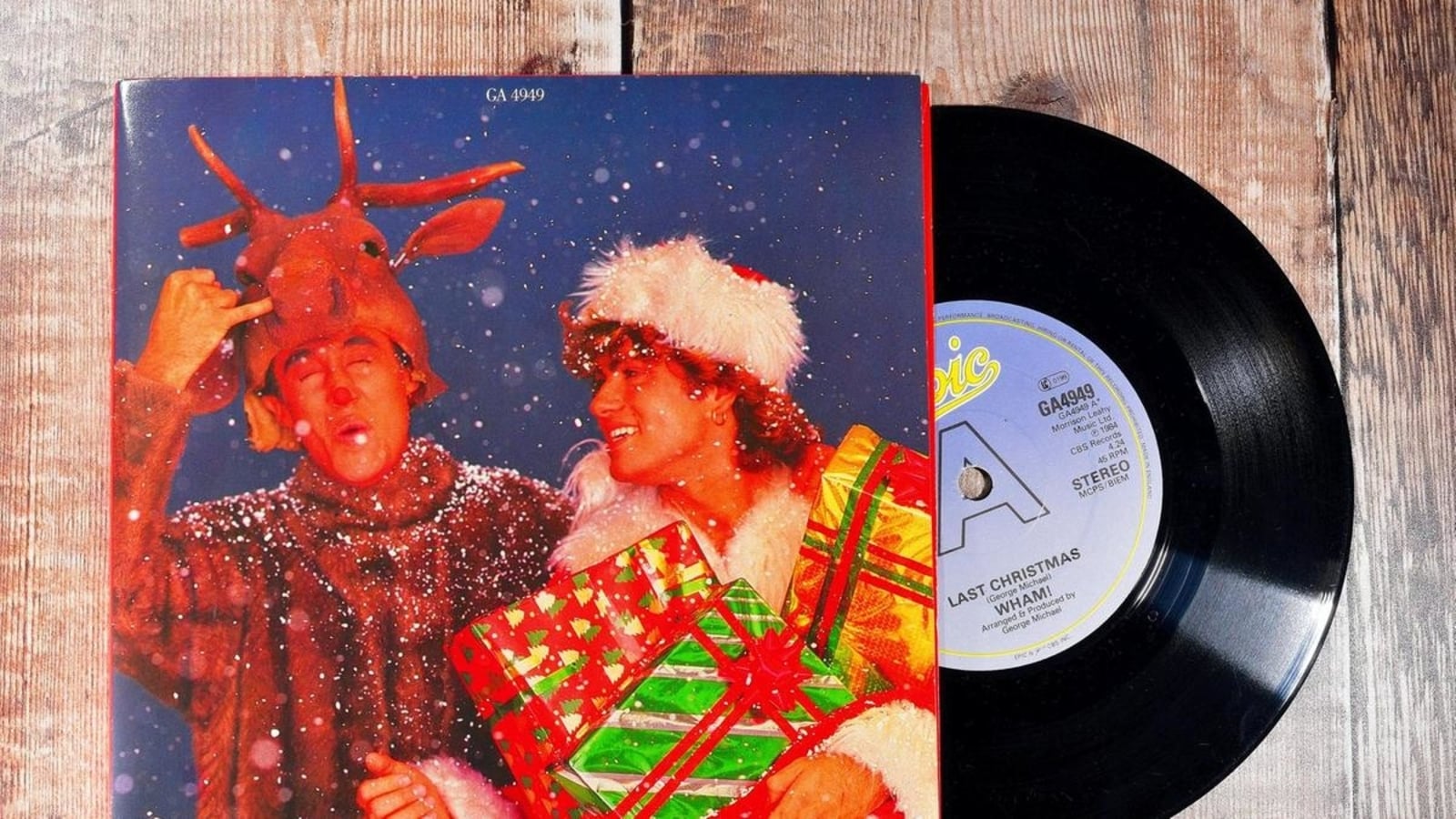 “Do They Know It’s Christmas”

This 1984 Christmas song was performed by a mesh of European talent, including U2’s Bono, George Michael, Sting, and plenty of others, used as a charity anthem for multiple causes at that time. Today, a time where the global pandemic has affected millions of families gives us reason to believe that an updated rendition of this song might be due, and we can think of no better group to lead the charge than BTS.

BTS knows what it takes to perform on the biggest stage, even if it’s a global stage, using this holiday anthem as a way to possibly raise money or awareness for those in need.

It’s a powerful song with an even more powerful message. 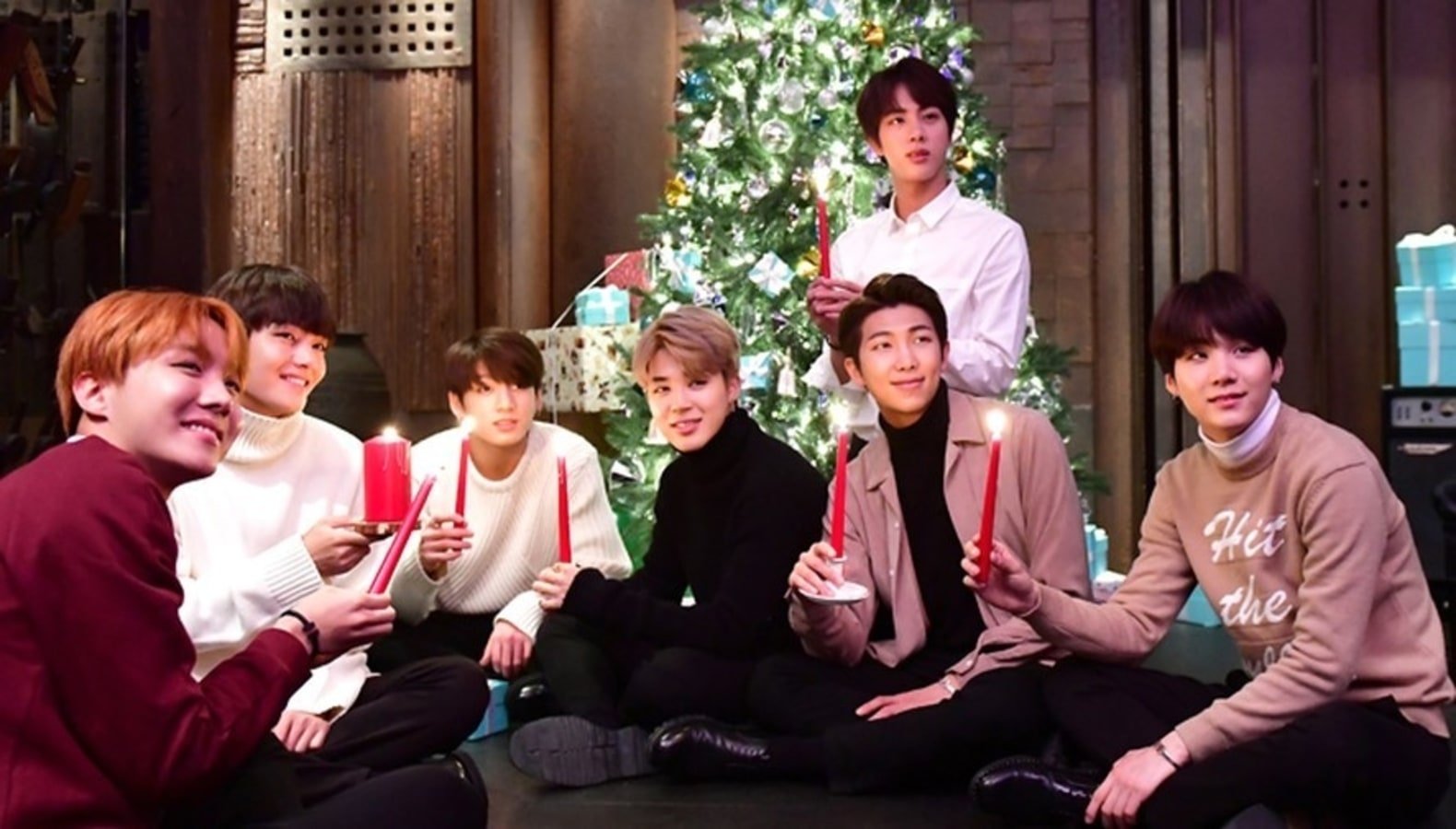 “Do You Hear What I Hear”

BTS, known for their dancing, has surprisingly soft voices when they’re given the chance to take certain melodies down a notch, which is why we think that a softer version of “Do You Hear What I Hear” may play perfectly in the band’s wheelhouse.

BTS is talented in a variety of ways, and this song would certainly help them prove it. 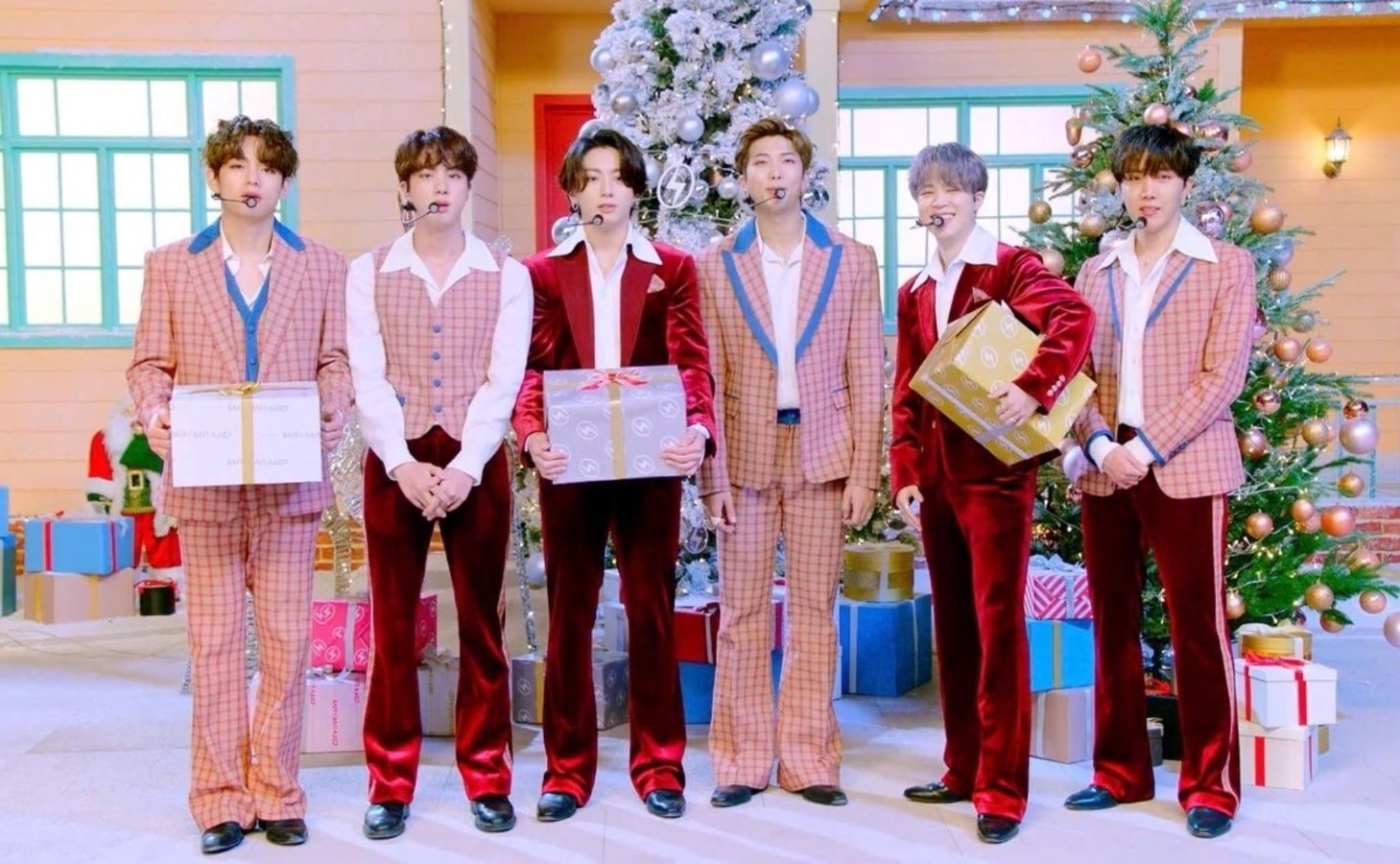 For reasons quite similar to the aforementioned “Do You Hear What I Hear”, 2004’s “Believe”, originally sung by Josh Groban for the soundtrack for The Polar Express, would be a great featured ballad for the band’s holiday album, which we’re sure would already be filled with plenty of toe-tappers & pop hits. 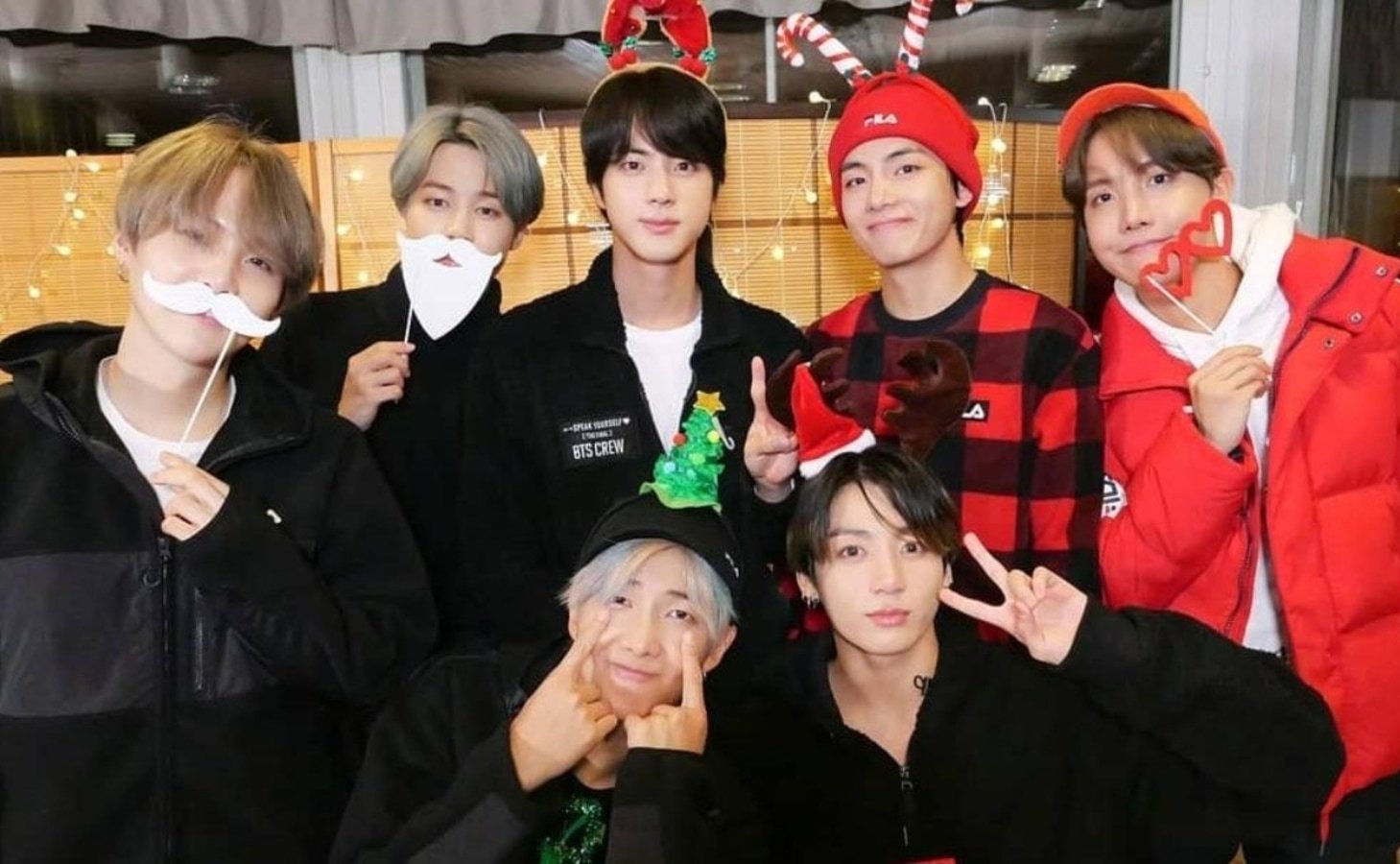 Possibly a great opening track to the BTS Christmas album, this song would absolutely kick things off with a BANG. “Christmas Wrapping” offers plenty of interludes where the band could show off their exciting dancing, and would most likely be the song & performance demanded by them come every holiday special that year. 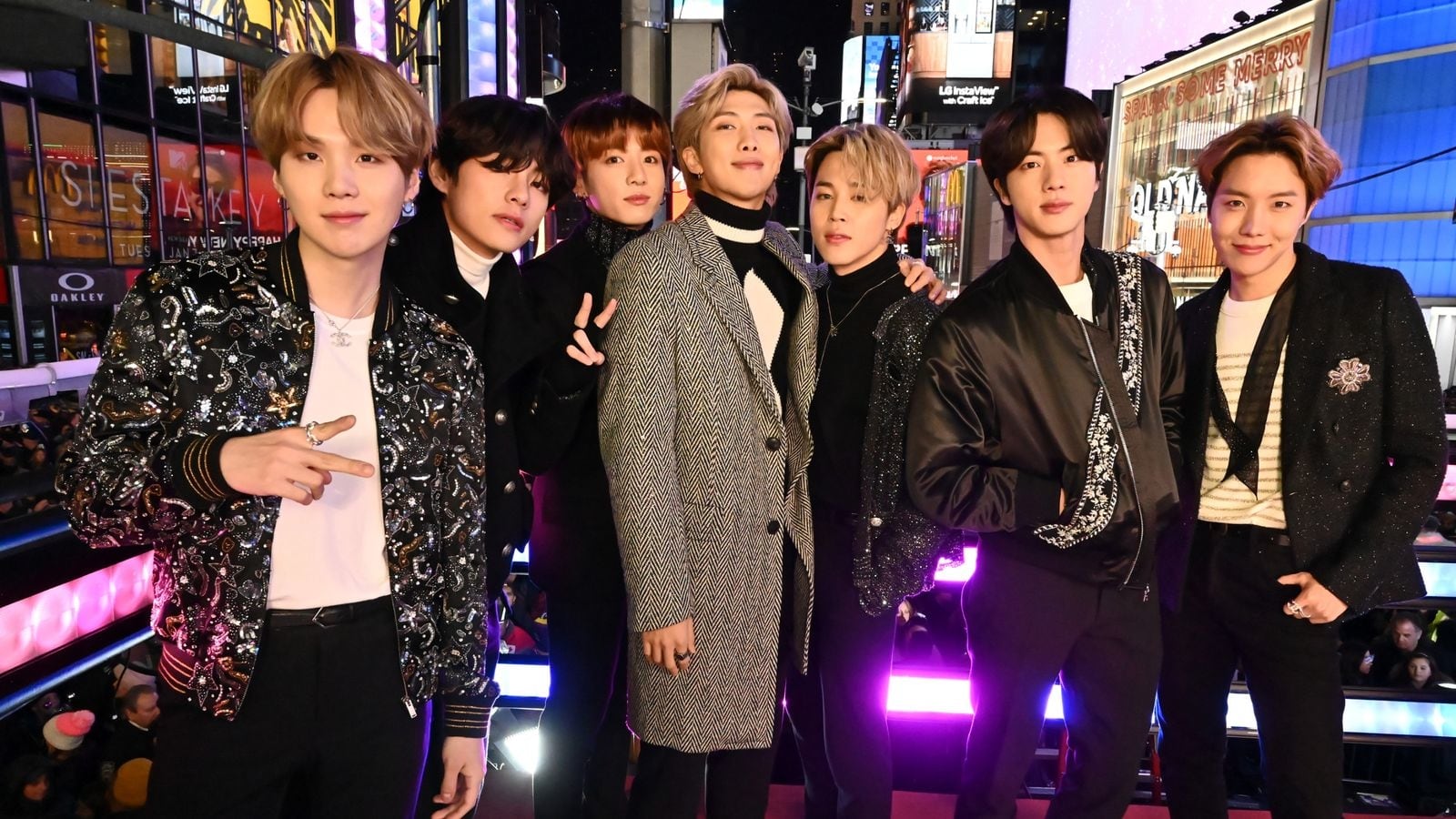 Sorry, *NSYNC, but it’s time for an updated version of this Pandora holiday playlist gem, and we think BTS is the perfect group to take the reins.

What Christmas anthem do you want BTS to perform? Let us know in the comments!