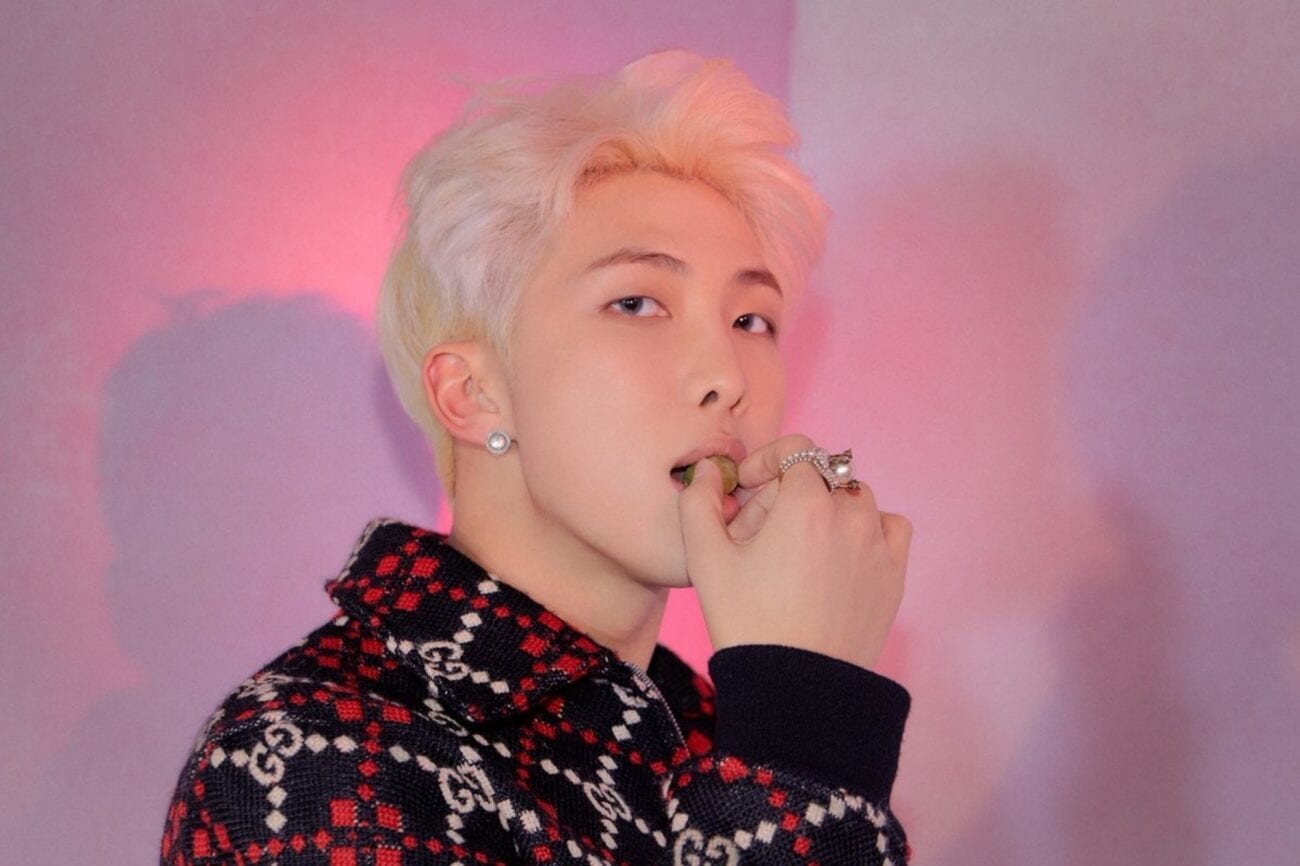 Could BTS’s RM actually be married with kids? Inside all the rumors

Look at that face. Isn’t it the face of a married man with three children? What’s that? you can’t tell whether or not someone is married or has children just by looking at surface level things? Tell that to the people who keep circulating the bizarre rumor about RM from BTS.

After putting together several “so-called” clues, some fans are convinced RM is married with three kids. It’s been going on for months now and some people are starting to wonder whether the rumors might really be true. After all, there’s often a grain of truth to every myth. Let’s explore the topic of RM’s relationship & family status a little more in depth. 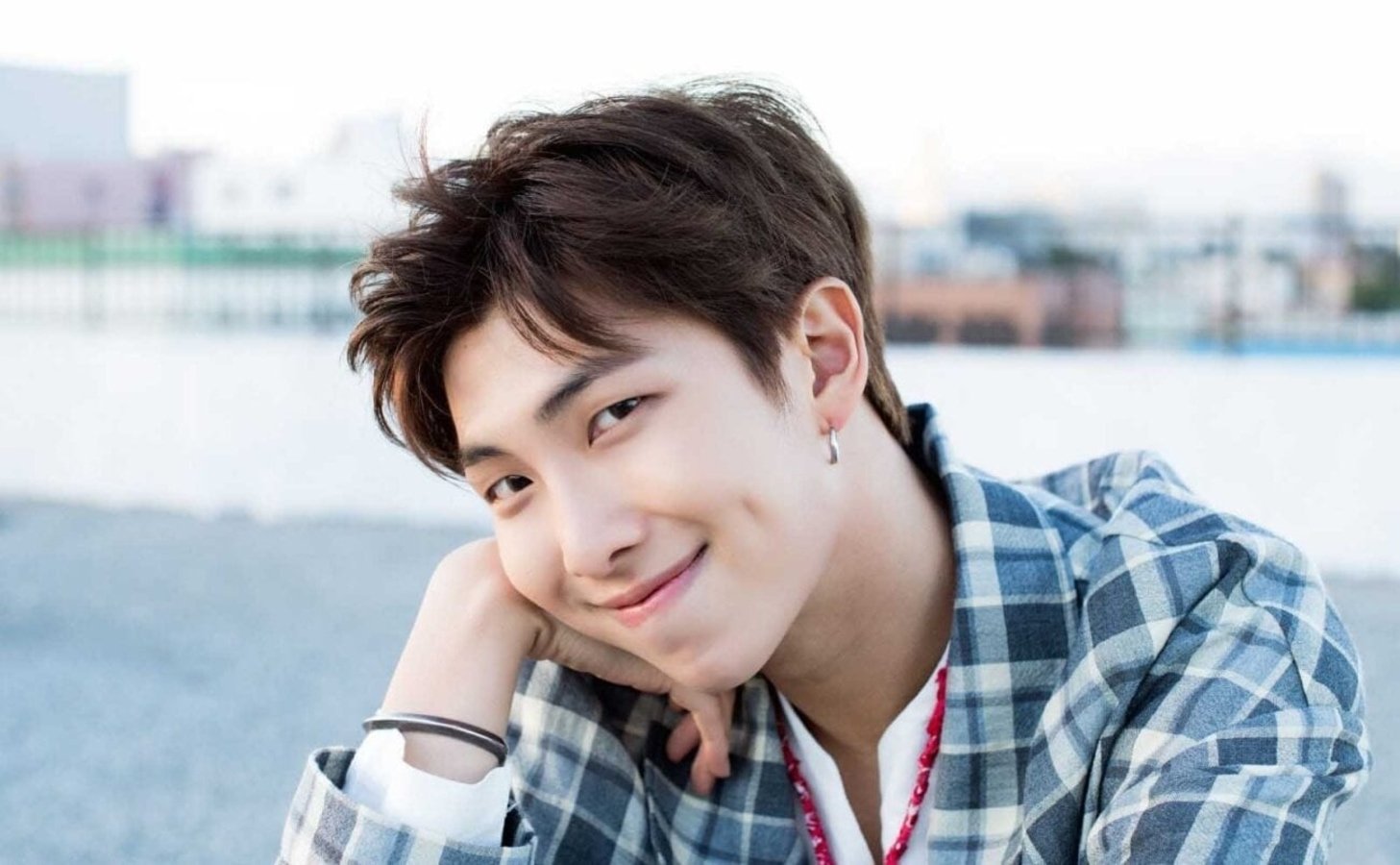 Honestly, the ring switcheroo is the most substantial of any of the claims. Even then, the claim is still pretty weak. RM was caught switching a ring from his ring finger to his index finger and some fans screamed deception over it. Although RM has been seen with a ring on the ring finger of his left hand on multiple occasions, the incident in question happened in a behind the scenes of a KBS News9 interview.

As BTS walks into an elevator before arriving on the set, RM allegedly slips the ring off his left hand and furtively switches it to the index finger of his right hand. This seemed really suspicious to a lot of fans. Was RM trying to hide the secret that the ring is in fact a testimony to a secret marriage. Um, considering the fact that he’s worn a ring on that same finger in numerous pictures, probably not.

Not to mention the fact that rings on the ring finger of your left hand don’t quite mean the same as they do in Western culture. It can be a sign of a long term relationship but it doesn’t necessarily mean someone is engaged or married. So, at best, you might say RM’s in a secret relationship, but even that seems pretty flimsy. 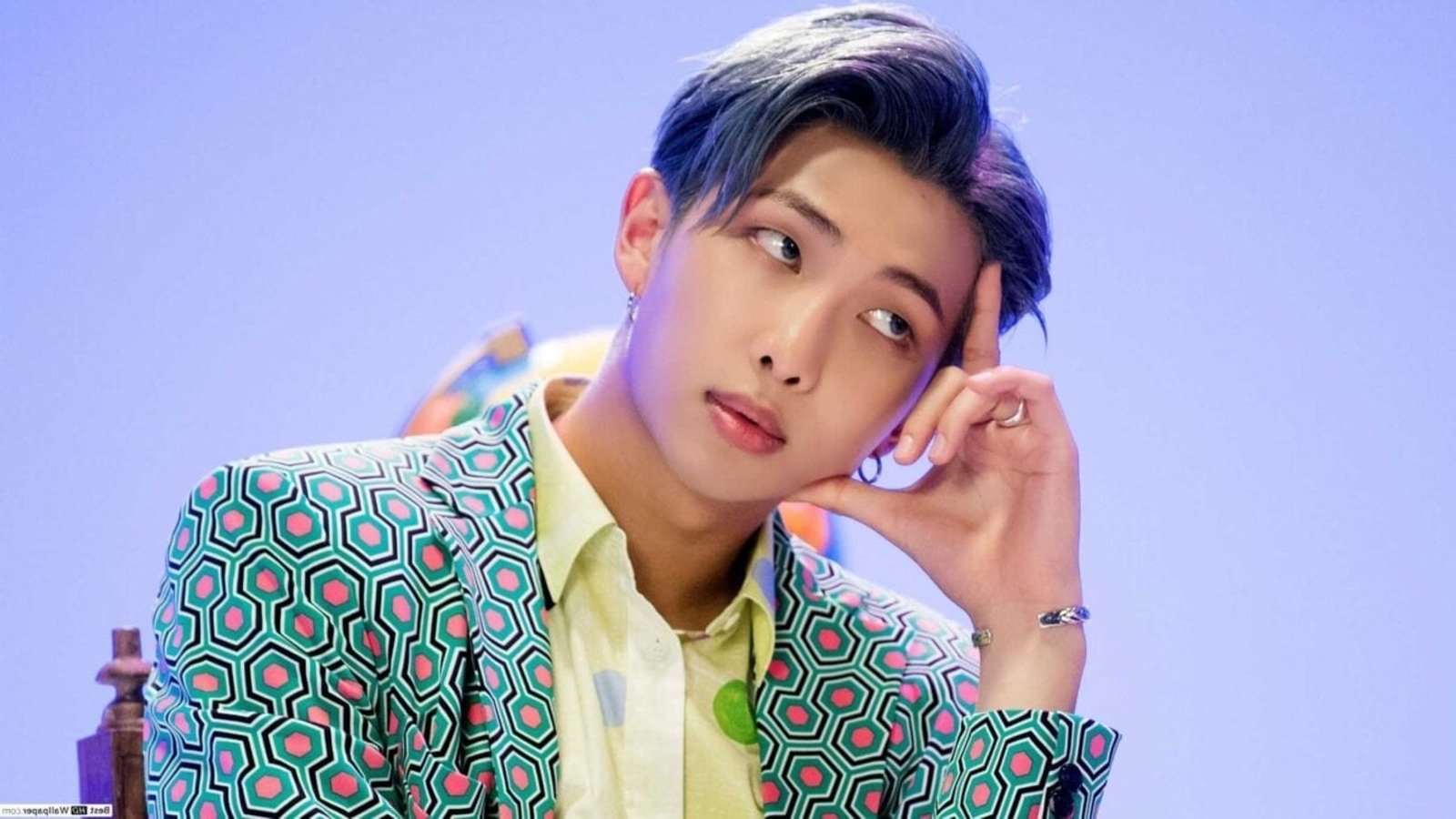 When RM bought baby shoes, the internet went bananas. At the time, RM explained he had bought them because he thought they were so darn adorable, but some people’s janky secret radar went crazy and they started to call foul. The rumor is that he was getting for his secret baby.

Scratch that – for his secret babies? Let’s gloss over the fact that such a drastic conclusion was made from a simple purchase and gawk at the fact that supposedly RM suddenly has three children. Sure, baby making doesn’t exactly take all that much time so even a busy pop star like RM could technically find the time, but is it really plausible RM would be able to hide not just one, but three babies?

The media swarms around BTS 24/7 like flies over the corpse of West Virginia roadkill. It’s highly unlikely RM would successfully be able to hide that many secrets from his fans. Not to mention, RM’s right. Baby shoes are freaking adorable. You can’t blame the boy for buying a pair just for funsies. 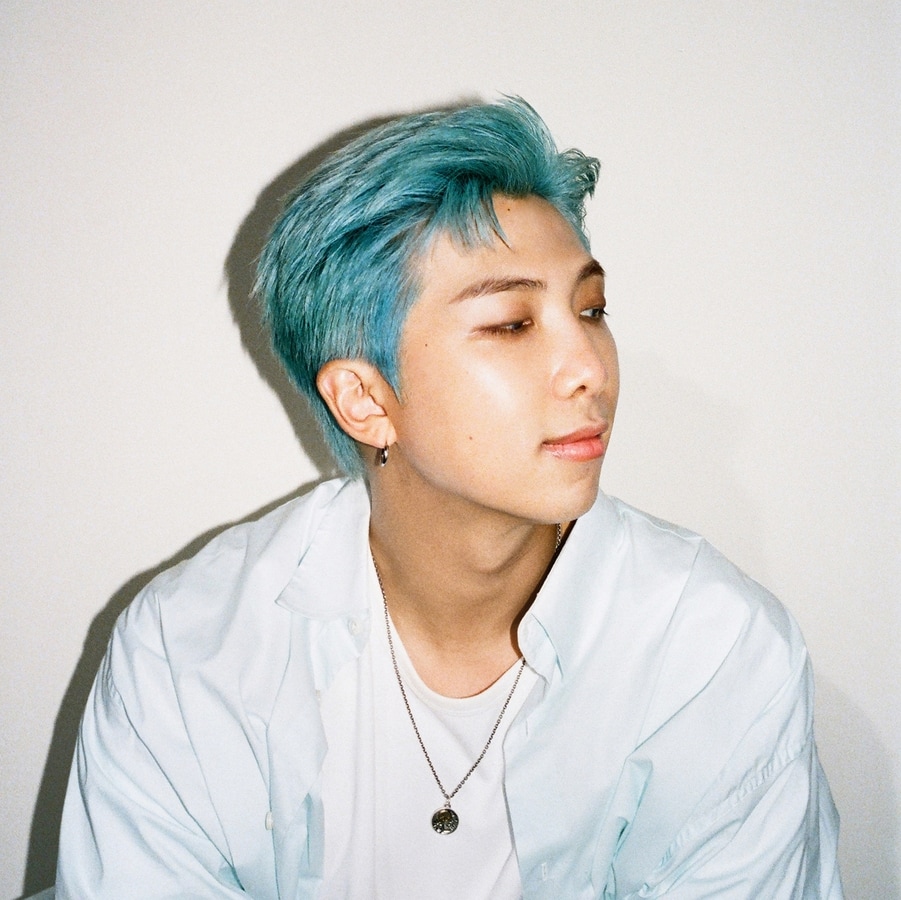 RM has voiced the fact he wants children to his fans and fellow band members before, but does that mean he already has them? Because of the other rumors flying around people think this comment is more than just a dream for the future. As you’ve already heard, claims are that RM already has three children.

It’s worth mentioning that the other BTS members voiced their opinion on a future with kids too. It’s not like RM was just speaking into a vacuum and suddenly mentioning his familial inclinations. 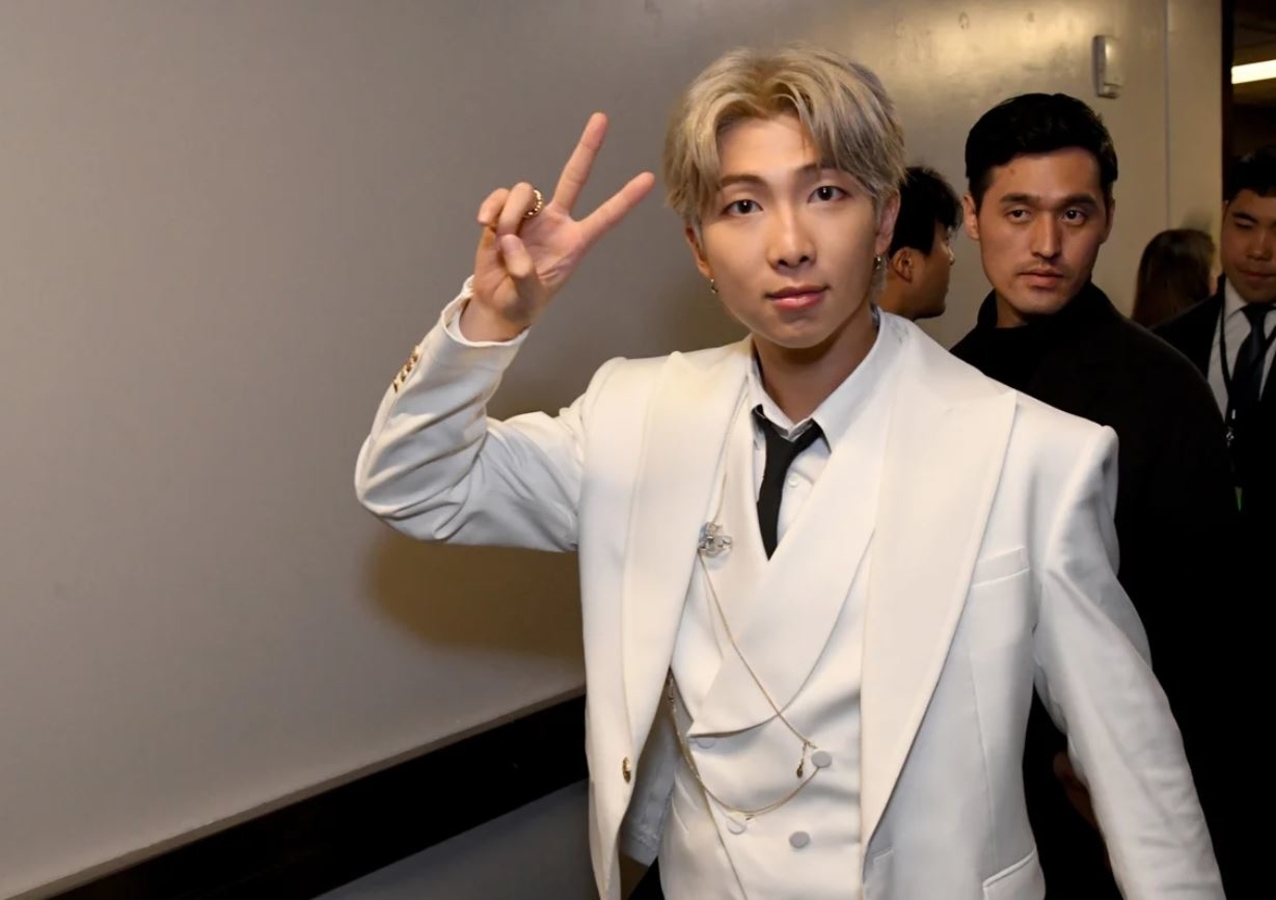 After RM included a picture of himself and a little girl staring at chalk pictures on a brick wall on Instagram, the conspiracy theorists only salivated more. The girl’s face is not seen in the picture so it’s easy to speculate RM was hiding the identity of his potential daughter.

One Reddit user left a supportive comment on a thread discussing RM’s supposed secrets. @bangtannio replied to another user saying, “I can’t imagine why he would tease having children if he didn’t actually have a child/a child on the way. He could be messing with us for his own amusement, but he’d be such a good father that I kinda wish it were true lol.”

Apparently not all fans are horrified at the thought of RM being a father in the here and now. Fortunately for the people who would be horrified, it’s highly unlikely this is the case. K-pop stars can’t even get away with dating while contracted, nevermind raising multiple children.