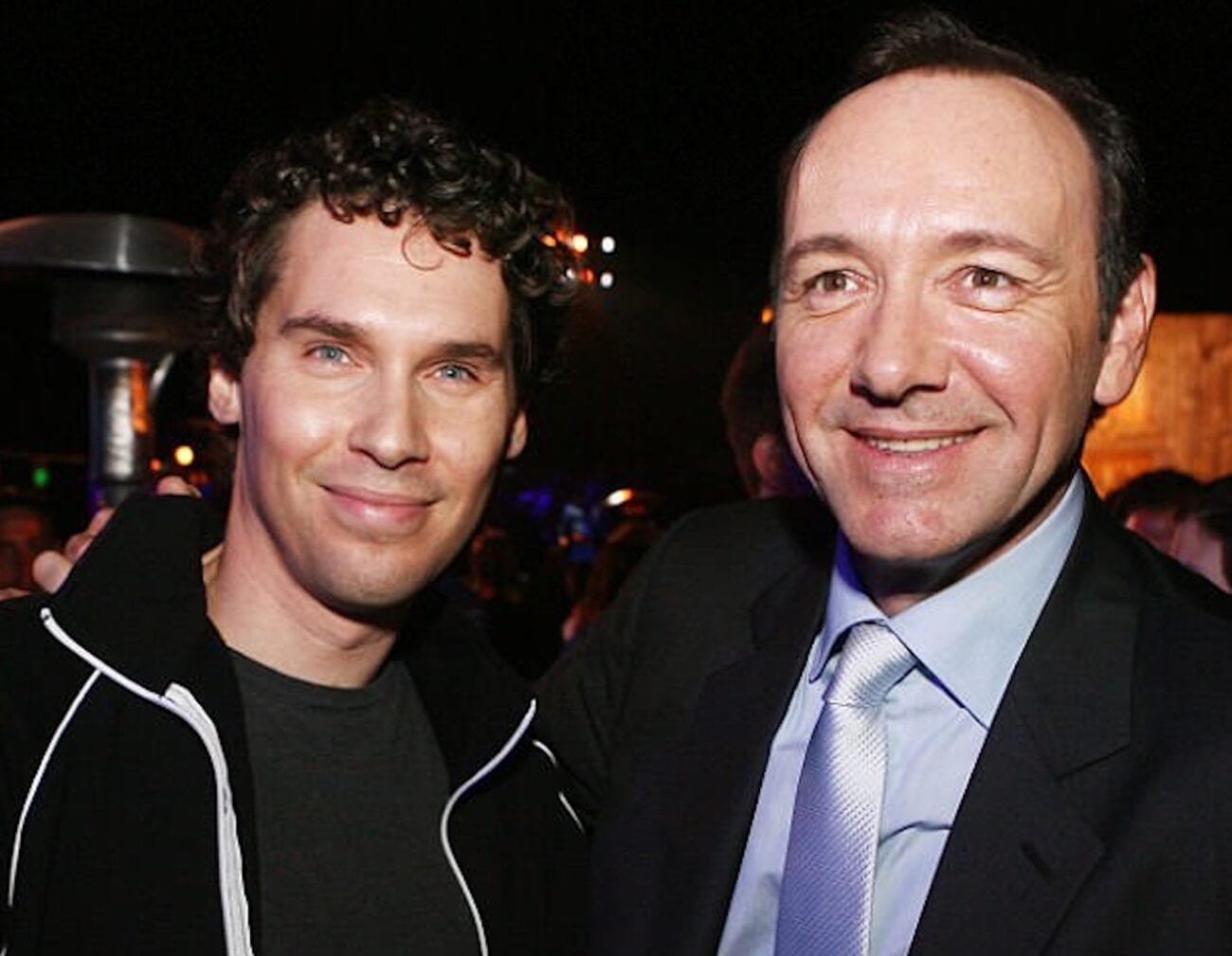 Is Bryan Singer the biggest predator in Hollywood? The receipts so far

When Bryan Singer was fired from Bohemian Rhapsody, most believed it was due to his sexual assault allegations against him. But then again, alleged victims of Singer’s have been coming forward since 1997 and no one had fired him yet. But this is the #MeToo era, so will these alleged victims finally have their day in court?

Finally, someone has come forward with evidence to corroborate the stories of these victims. Youtuber and influencer Elijah Daniel posted a thread on Twitter on June 24th, 2020, showing evidence of Singer’s pool parties and the benefits of hanging with the director.

Of course, this is far from the first time such claims have been made against Singer. The director’s Wikipedia page literally has four separate entries about allegations made about him and the lawsuits that followed. And those are just the most public allegations against him.

FUCK IT! NOBODY WANTS TO SAY IT SO:

BRYAN SINGER IS STILL OPERATING A SEX RING, AND HAS BEEN FOR TWO DECADES.

EXPOSÉ THREAD ON HOW HE IS *STILL* CONTINUING IT AFTER BEING CAUGHT, NOW USING YOUNG INFLUENCERS.

For legal reason, everything in this thread is alleged. #BryanSinger

Breaking down the latest allegations, Daniel never claims he personally was sexually assaulted by Singer or his friends. He does allege experiences being groomed by Singer and his friends, including invitations to see the X-Men set, go on a trip to Hawaii, and attend a party on his yacht.

One tweet in particular features screenshots of alleged texts between Daniel and one of Singer’s friends, showing his persistent nature to get Daniel to come visit them. “His alleged recruiters was extremely persistent to get me to meet Bryan all the time, obviously no. The “bring your friends” constantly also a weird red flag.” the Tweet reads.

Throughout his thread, Daniel also shows screenshots of Instagrams posted by alleged victims tagging Singer. Some feature Singer directly as they are attending a party together, others tag Singer on his Lamborghini that he let the victim drive. 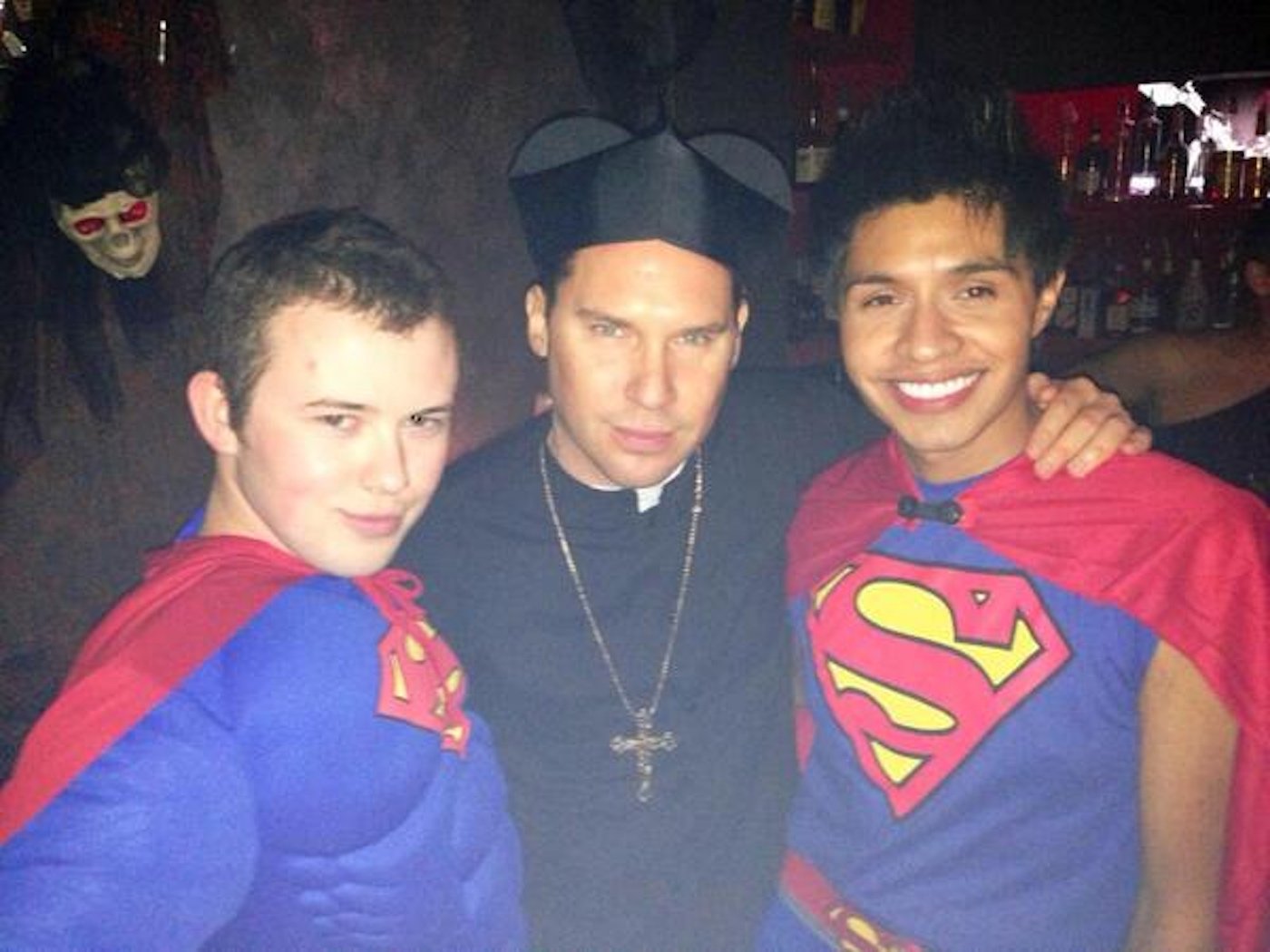 In January of 2019, an article from The Atlantic went live with four new men alleging Bryan Singer was having sex with these men while underaged. One victim in particular alleged his encounters with Singer occurred when he was just 13 years old on the set of Apt Pupil.

Singer responded to the allegations, calling the writers “homophobic” and claiming the piece was published to take away attention from Bohemian Rhapsody and a sad attempt to smear his name once again. 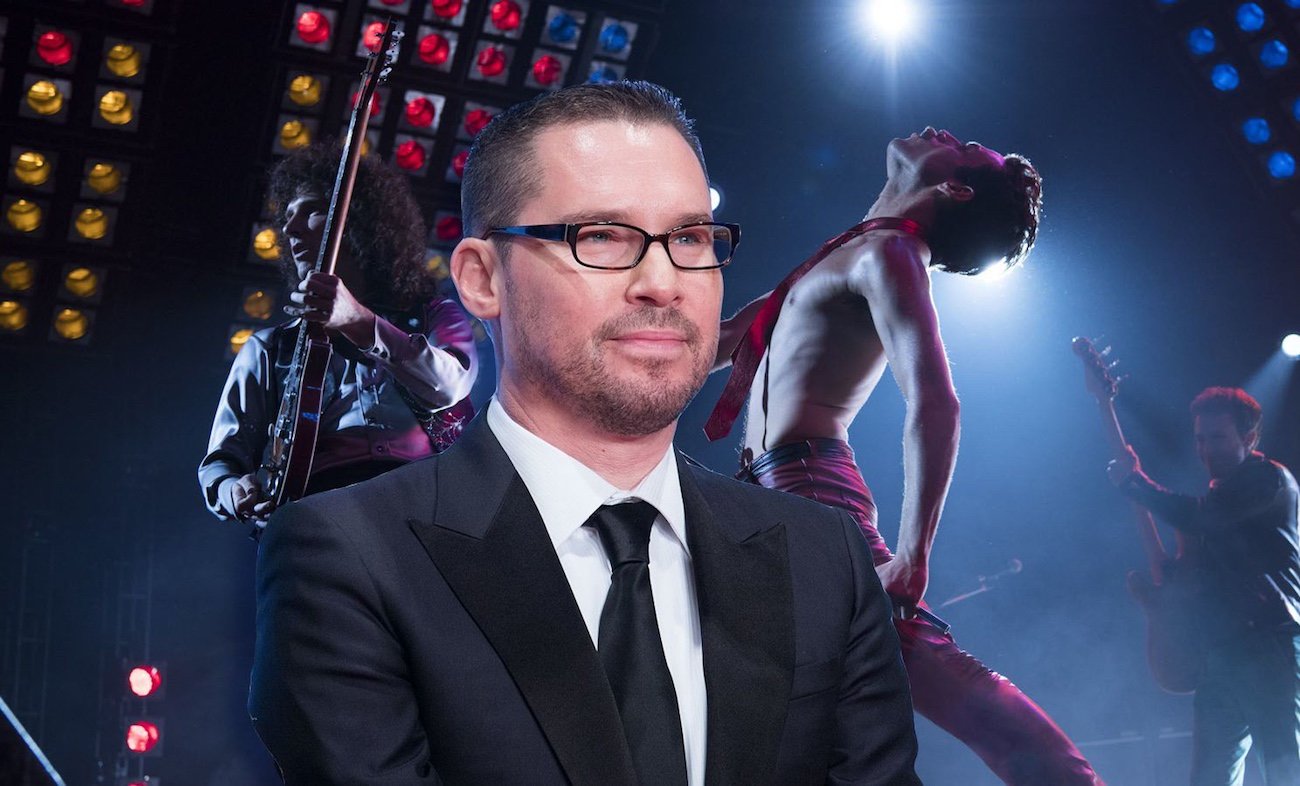 2017 saw Cesar Sanchez-Guzman suing Singer after the director raped him in 2003 when the actor was just 17 years old. The most recent lawsuit against the director, a settlement was reached between Singer and Sanchez-Guzman’s bankruptcy trustee.

Of course, Singer continued to maintain innocence, claiming the settlement was purely from a business standpoint, and that there was no proof that Singer was at the yacht the night the alleged assault took place. Even Sanchez-Guzman’s legal counsel acknowledged there was no proof of Singer on the yacht on that day. 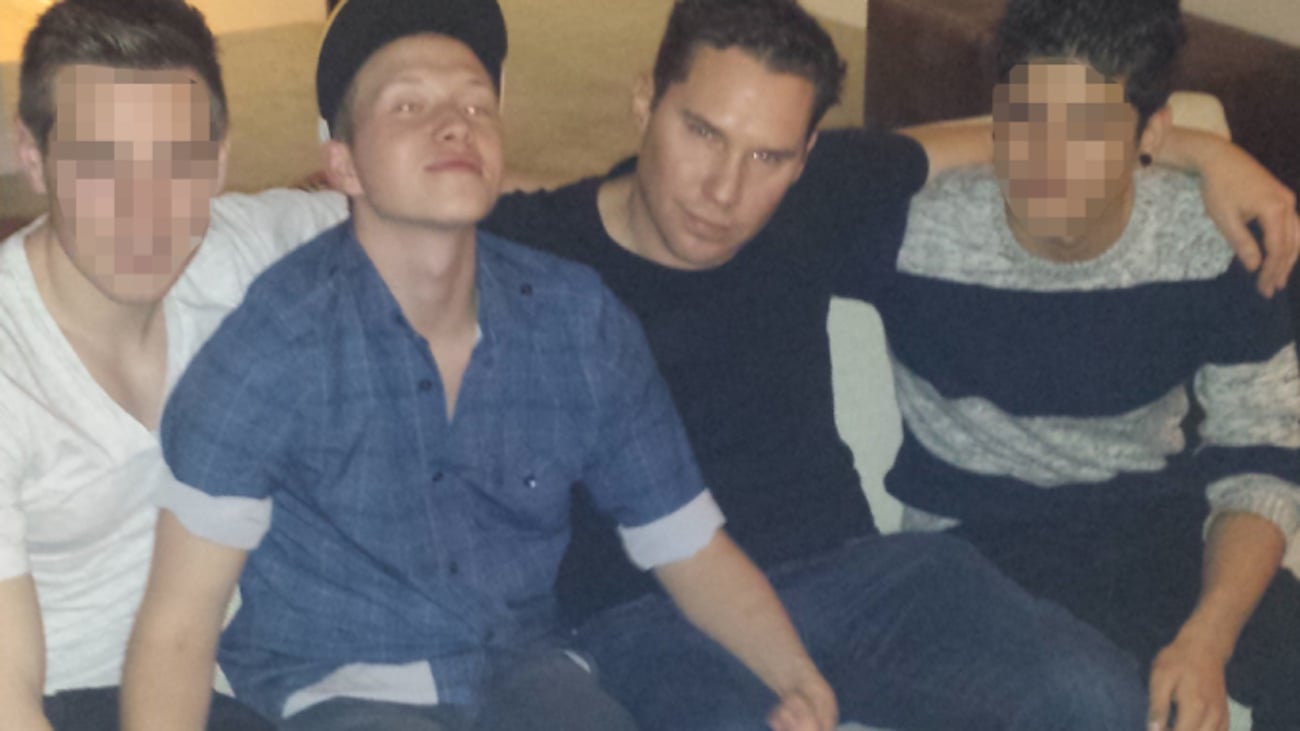 The suit from Sanchez-Guzman was far from the first one though. Aspiring teen actor Michael Egan alleged that he was raped by Singer, and even went to the LAPD and FBI with his mother about the underground sex ring Singer was running. Nothing came of those complaints, as it fell on deaf ears.

This suit also came right before the release of X-Men: Days of Future Past. But when Fox addressed the allegations, they claimed it was a “personal matter” that Singer and his attorney were handling appropriately. The lawsuit also names a friend of Singer’s, Marc Collins-Rector, as the one who connected Egan to Singer.

Egan eventually withdrew the lawsuit, after evidence was presented that neither Egan nor Singer were in Hawaii at the time of the alleged assault. Singer had threatened to countersue Egan, but that lawsuit never went forward.

While this lawsuit isn’t directly about any sexual abuse from Singer himself, the suit does name him allegedly responsible for the decision for several young extras on Apt Pupil having to be completely nude for a shower scene.

Filing the lawsuit against several filmmakers involved with the film, the actors were suing for emotional distress, invasion of privacy, and negligence. They felt they were forced to strip down and be filmed naked for sexual gratification. Settling out of court, all the actors involved were paid out and signed into confidentiality agreements.

The LAPD chose not to file criminal charges against Singer for the incident. Years later, crew members allege that there was a mixup on set that day, with both adult and minor extras asked to strip down instead of just the adult extras. 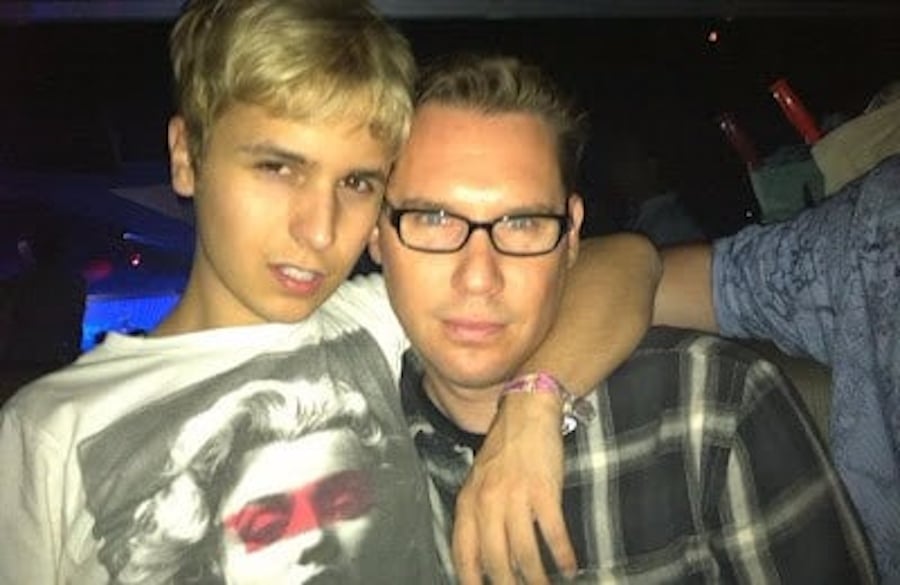 Will anything ever happen to Singer?

Nearly every time Singer was set to see his day in court, he and his legal team turned up evidence disproving his victims’ allegations. But this is the #MeToo era now, and believing the victims is now much more prevalent.

Singer was nearly erased from Bohemian Rhapsody’s awards campaign, had his name removed from USC School of Cinematic Arts’ Division of Cinema & Media Studies program, and his next film Red Sonja was removed from the production company’s schedule.

Plus, it seems like there’s more evidence presented with the recent allegations from Daniel. This could be the nail in the coffin it takes to take down Singer permanently, or it could just be another temporary stain that doesn’t permanently hurt his career. Only time will tell for certain.