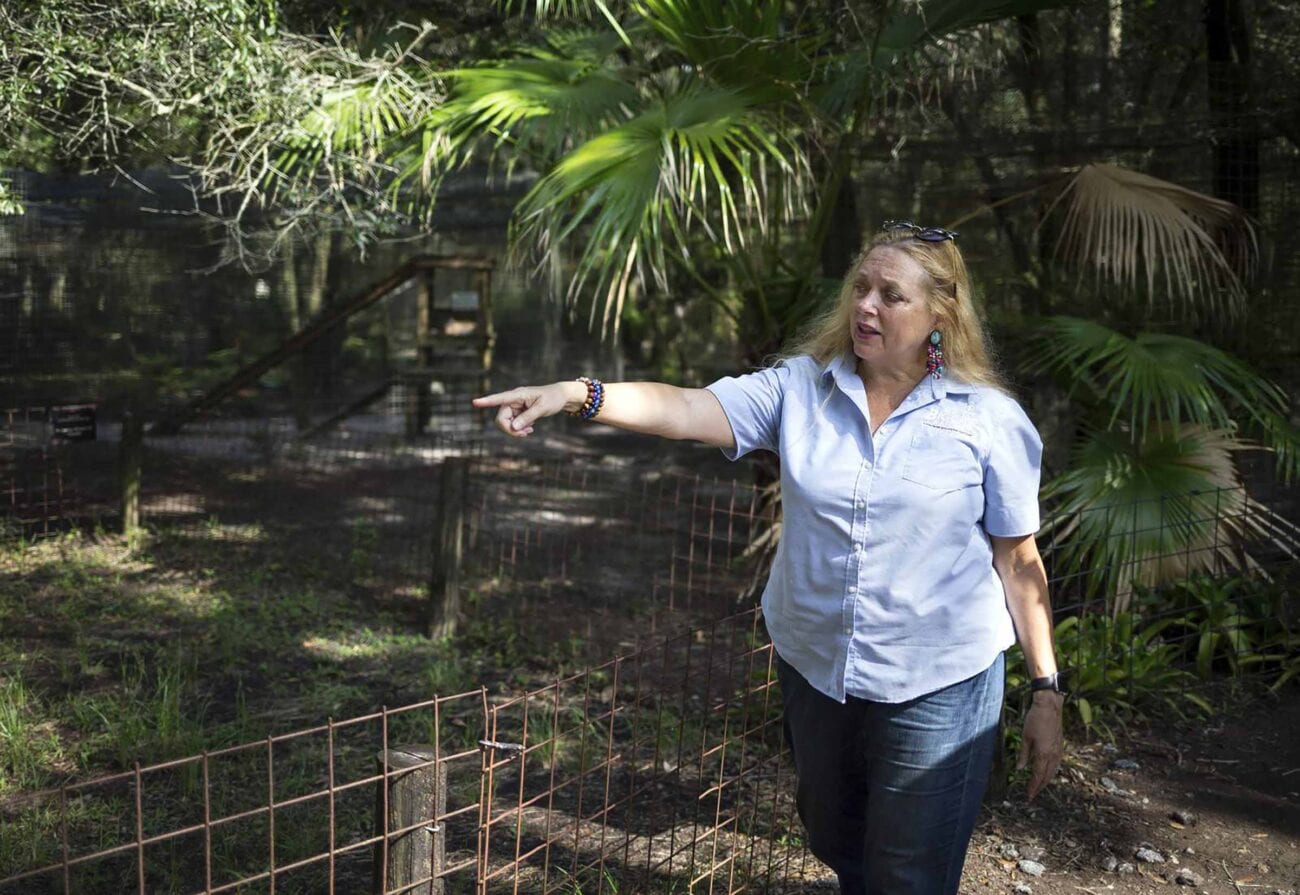 Big Cat Rescue is dangerous: A woman nearly lost her arm in Tampa 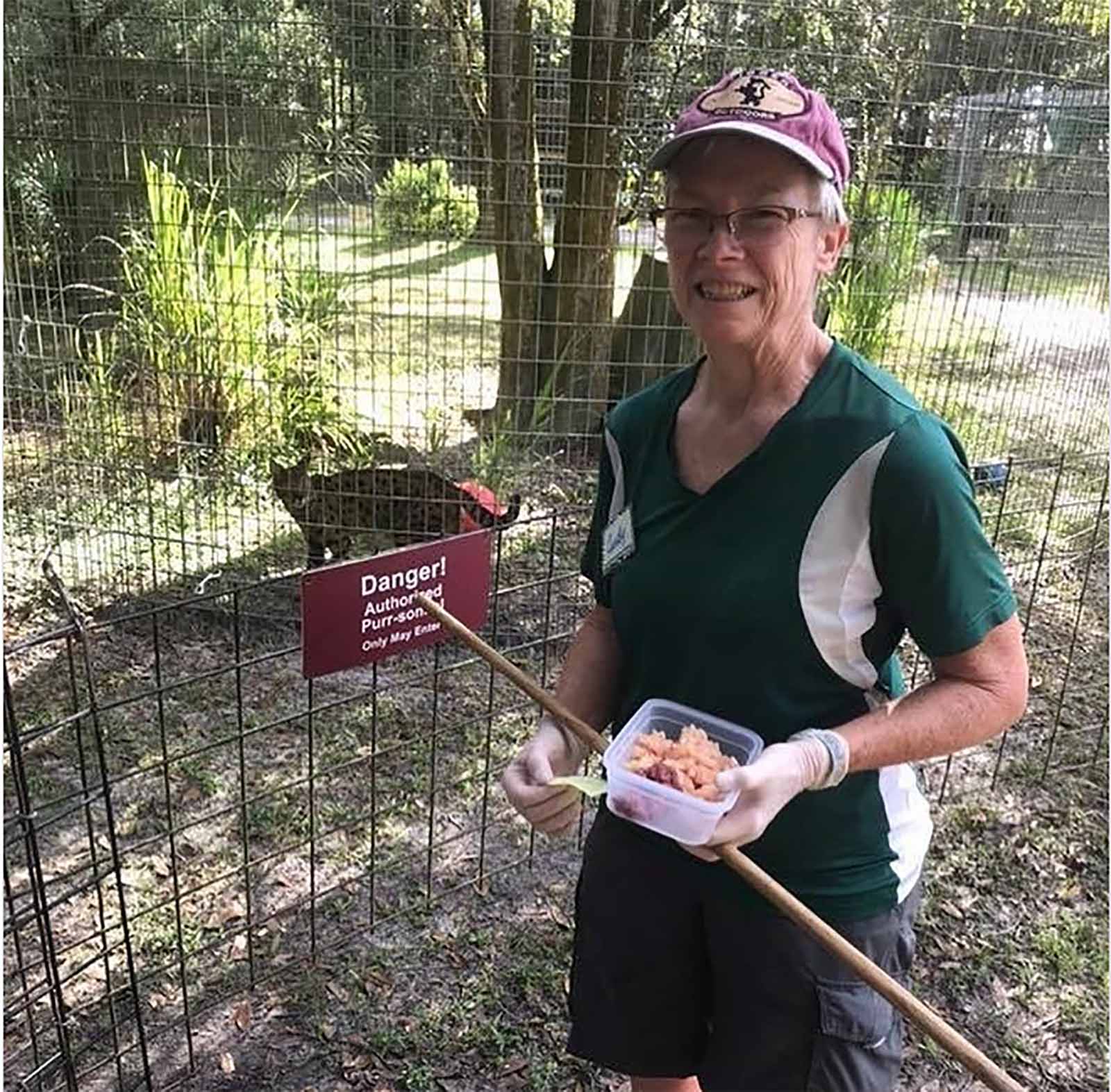 Candy Couser, a five-year veteran of Big Cat Rescue animal sanctuary, went to feed a tiger named Kimba and noticed that he was locked in a separate area from his usual feeding spot, Baskin told USA Today in an email. Couser called a coordinator via radio to ask why he had been moved, and proceeded to open a door that had been “clipped shut”.

The tiger “grabbed her arm and nearly tore it off at the shoulder”, Baskin said. One employee later recalled seeing the arm was “barely attached & holding on by a little bit of skin underneath” in an audio recording provided to USA Today. 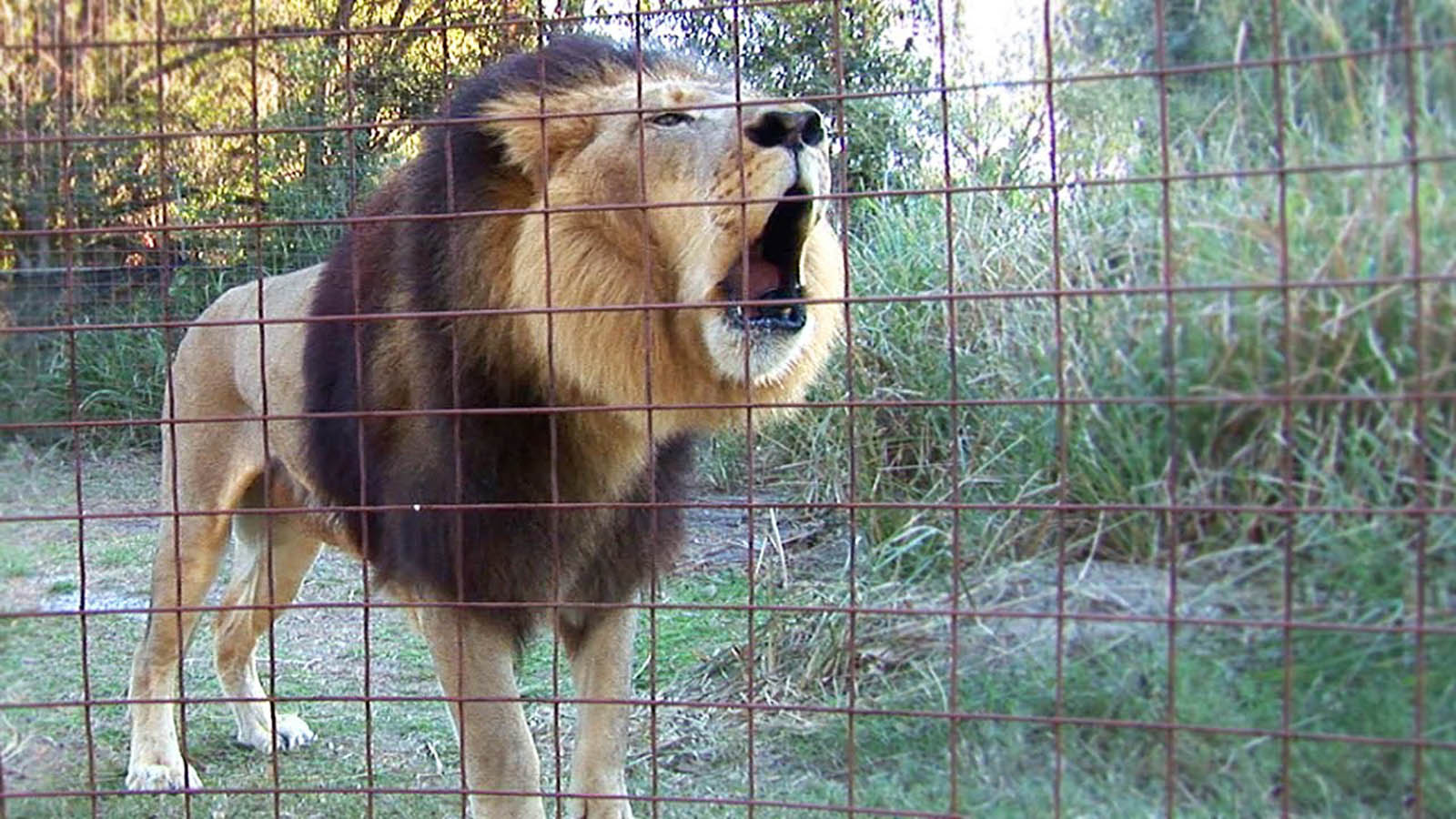 According to a statement issued by the Big Cat Rescue Tampa wild cat sanctuary, “Kimba had been locked away from that section for several days as cameras were being installed there. [Couser] opened a guillotine tunnel door at one end of the tunnel, and when she went to raise the second door she saw it was clipped shut.

“This is our universal signal NOT to open a gate without the coordinator coming to assist,” the statement continued. “But Candy said she just wasn’t thinking when she reached in to un-clip it. It is against our protocols for anyone to stick any part of their body into a cage with a cat in it.” 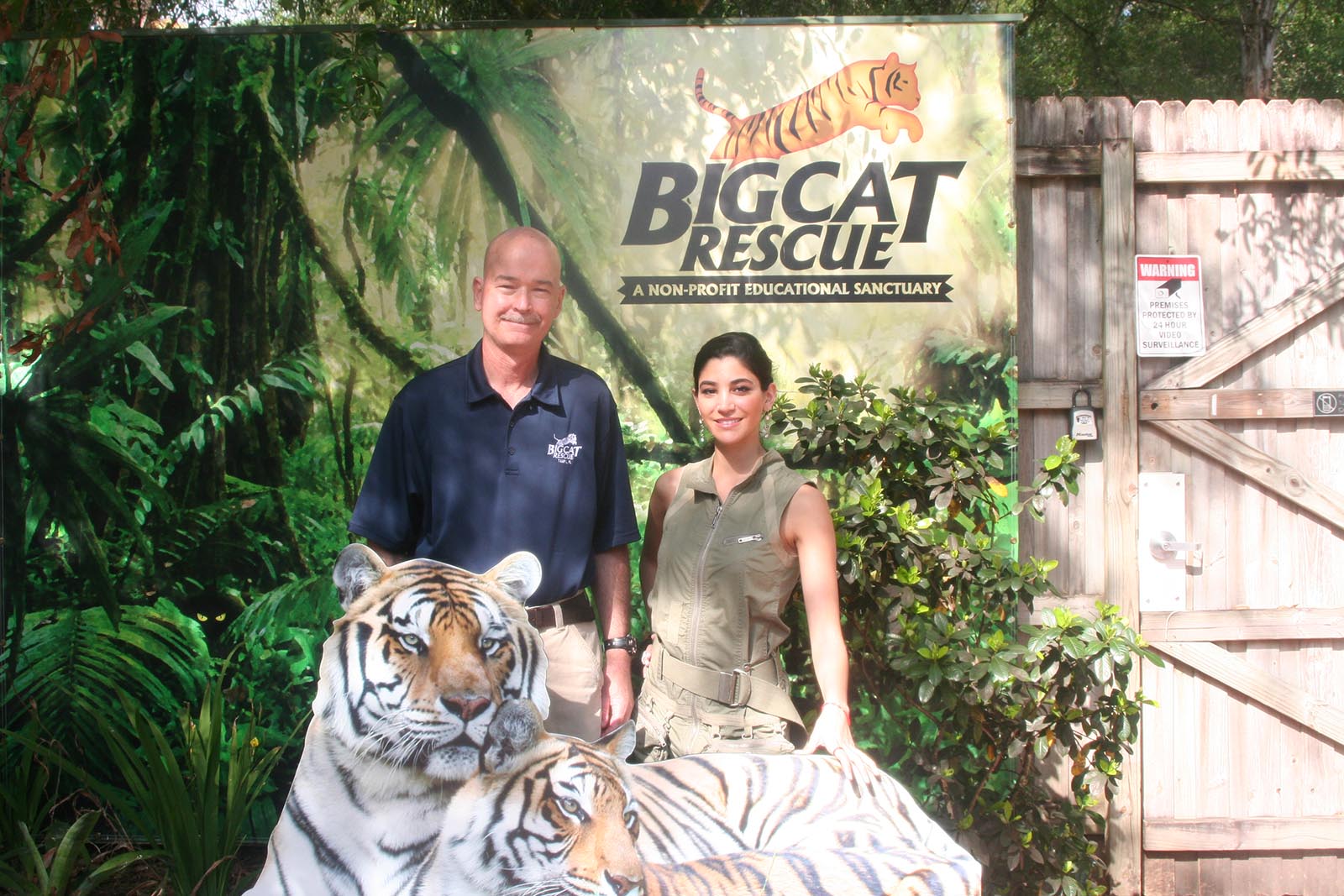 Fellow volunteers “heard the commotion and came running,” at which point the tiger released Couser from his grip. Three volunteers, one of them a nurse, worked to stop the bleeding and preserve Couser’s arm while others called an ambulance.

Couser remained conscious and “insisted that she did not want Kimba Tiger to come to any harm for this mistake”, Baskin added. One team member recalled she kept repeating that she felt “so stupid” for opening the gate. Paramedics arrived less than 20 minutes later and treated the injury on the scene before transporting the victim to St. Joseph’s Hospital, according to Hillsborough County Fire Rescue PIO Eric Seidel. 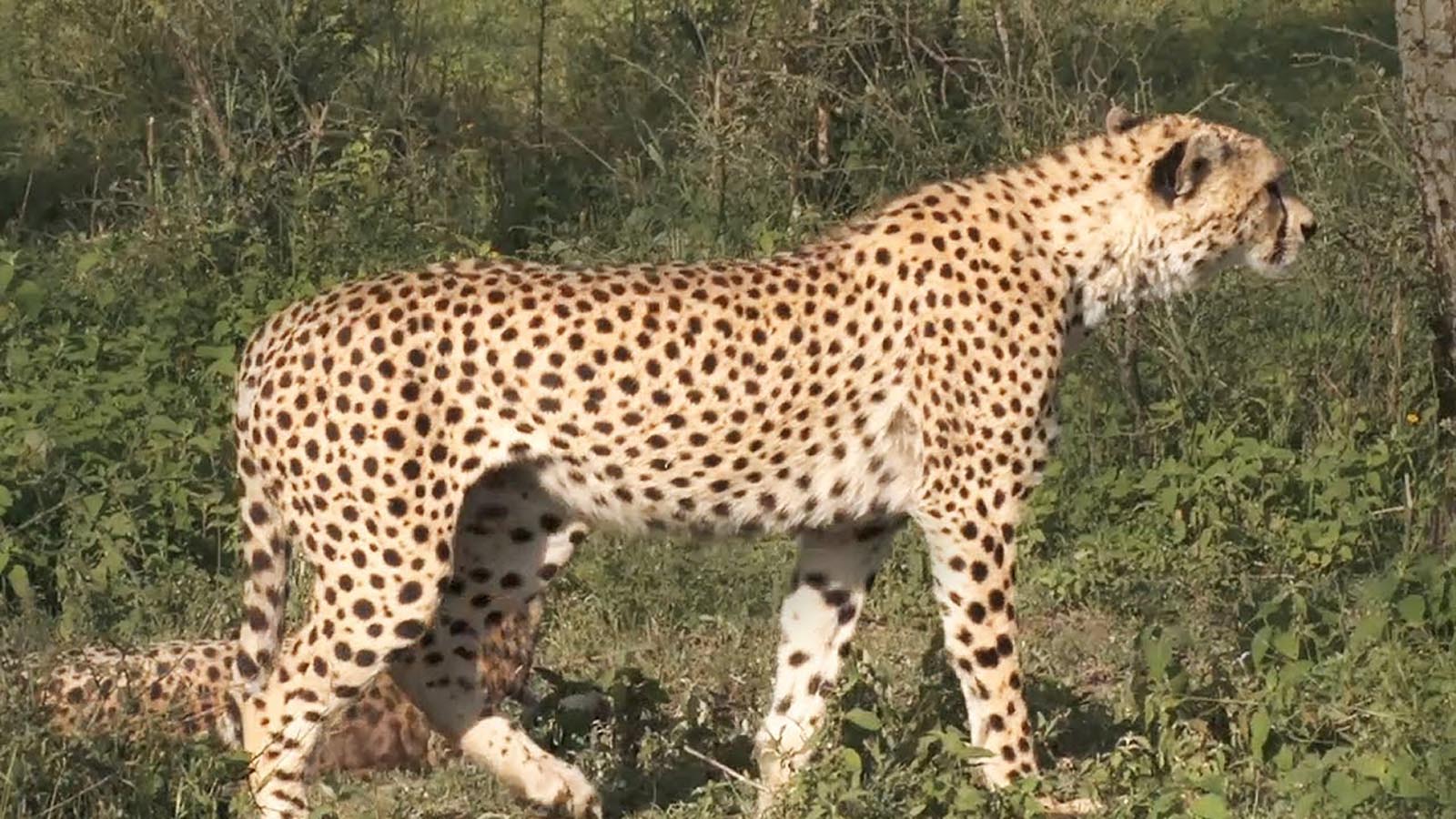 Big Cat Rescue is offering grief counseling following the incident. While Baskin has not directly spoken out publicly herself, Big Cat Rescue’s statement notes that, in a meeting with staff & volunteers, “Carole reminded everyone that this sort of tragedy can happen in the blink of an eye and that we cannot relax our guard for a second around these dangerous cats.”

Baskin said the tiger is “being placed in quarantine for the next 30 days as a precaution, but was just acting normal due to the presence of food and the opportunity,” though she noted the CDC has the right to euthanize an animal that bites someone. 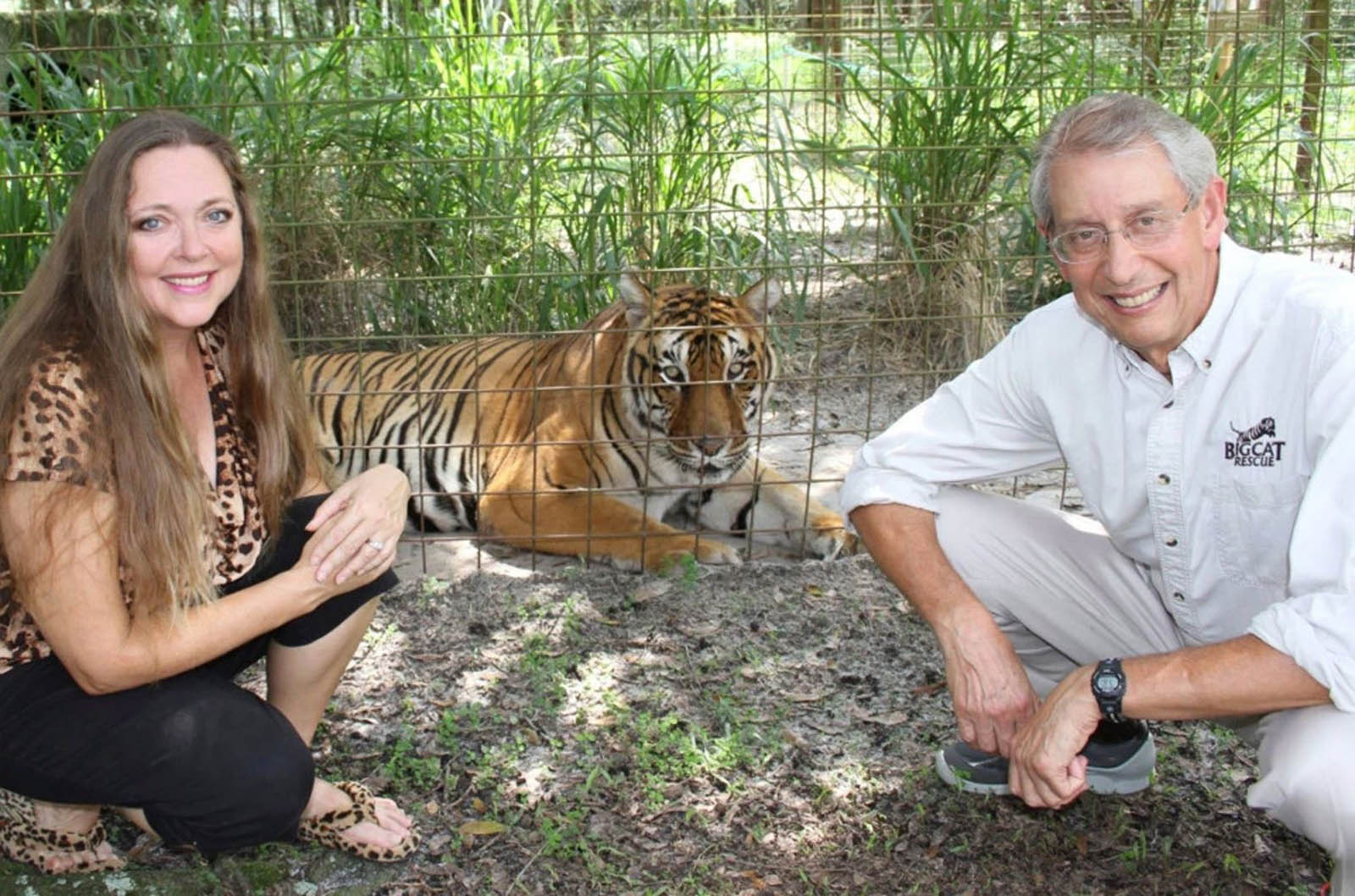 The statement also used the attack to highlight the importance of having wild cats protected from private ownership, noting, “this happened on the day our federal bill to ban cub handling and private possession comes to the House floor for a vote. The fact that, despite our intense safety protocols and an excellent record of safety, an injury like this can occur just confirms the inherent danger in dealing with these animals.

“And why we need the Big Cat Public Safety Act to eliminate having them untracked in backyards around the country and ending up in sanctuaries where wonderful people like Candy Couser have committed themselves to providing care for those discarded by the pay-to-play industry,” the Big Cat Rescue Tampa statement concluded. The Florida Fish & Wildlife Conservation Commission has taken over the investigation. 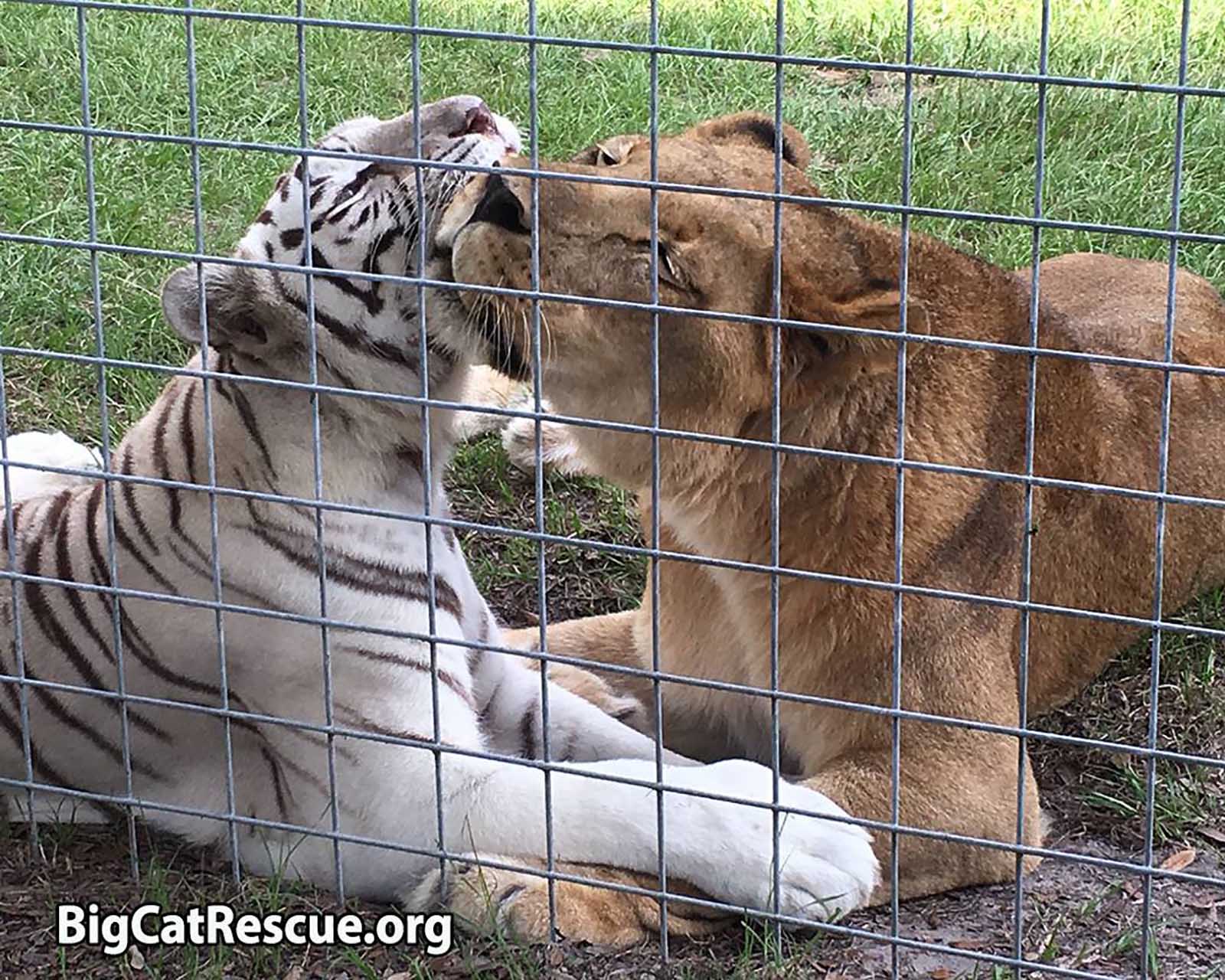 Big Cat Rescue Tampa’s website states that the sanctuary is currently closed to the public due to coronavirus safety concerns. All staff & volunteers working Thursday met to discuss what had occurred, during which Baskin broke into tears thanking her team for jumping into action quickly and offered grief counseling to team members.

“You guys did amazing, absolutely amazing. Thank you so much, because you probably saved her life,” Baskin said. “And you may have saved her arm. So thank you for being here and doing that . . . I know everybody feels really bad about this because we all love Candy so much and she’s such a sweet person.”

What are your thoughts on this near-tragedy? Let us know in comments below.