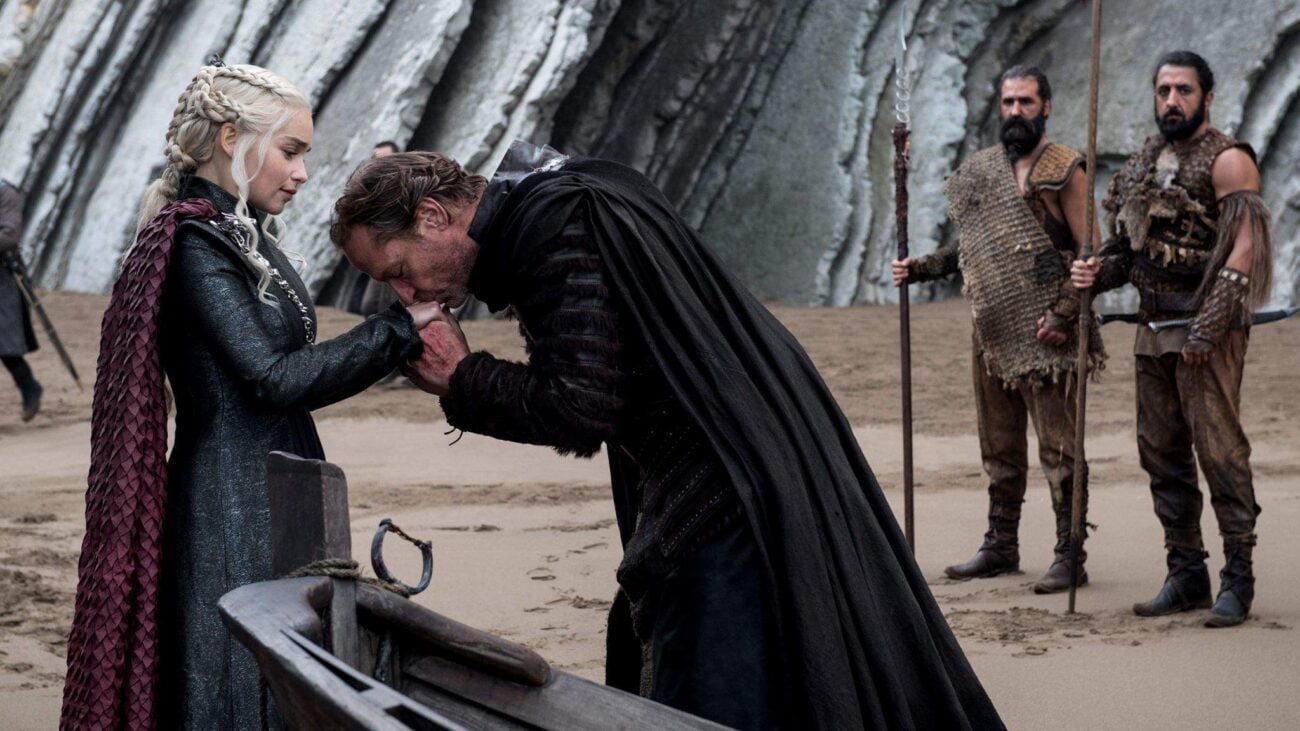 Why are the best ‘Game of Thrones’ sex scenes so controversial?

In Westeros, sex & power go together like peanut butter & jelly, or like season eight and angry fans. It’s no wonder Game of Thrones produced some of the best sex scenes on HBO. Yet, these scenes were hardly without controversy.

Game of Thrones wasn’t one to shy away from difficult sex scenes. The leading families of Westeros were constantly in a battle of wills to see who could come out on top. This often meant getting down & dirty.

When they weren’t fighting for their lives, they were heating up the screen (and not always in the bedroom 👀). From the steamy to the weird, grab your remote and figure out what was so controversial about the best Game of Thrones sex scenes. 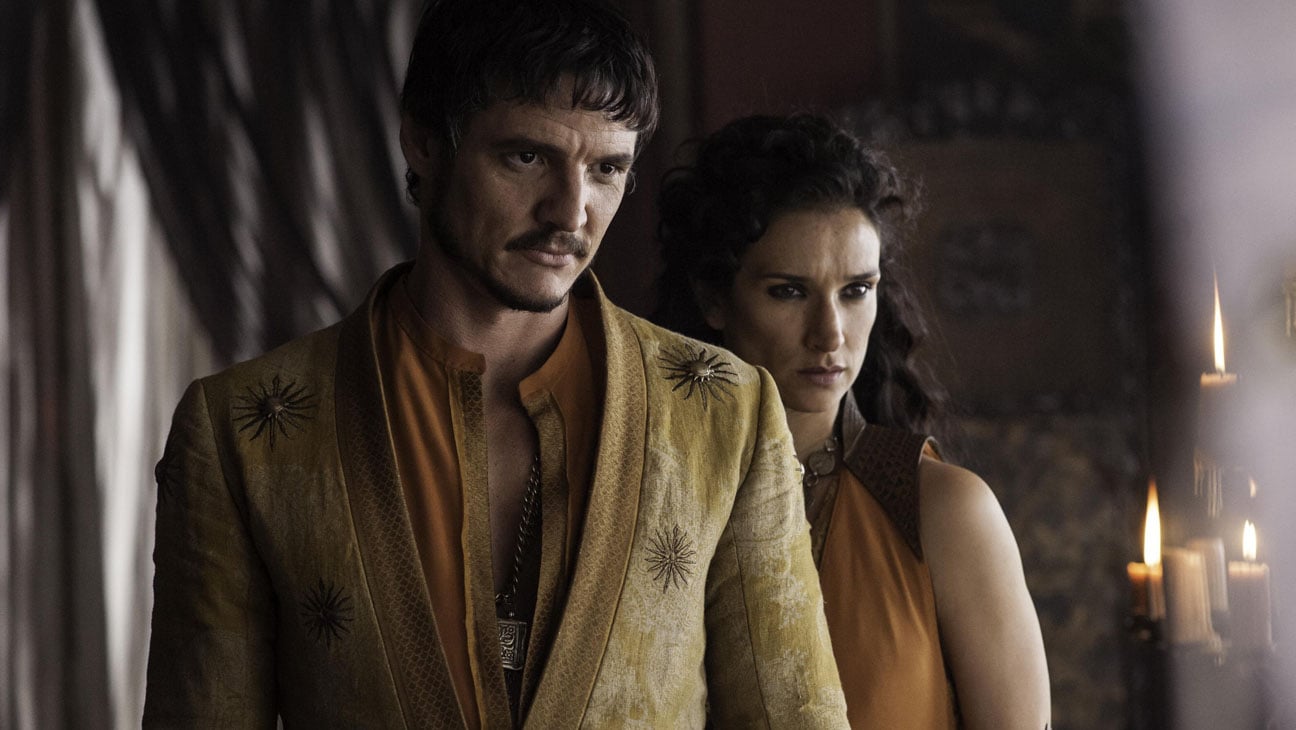 Some of the best Game of Thrones sex scenes were simply too hot to handle. Being on HBO meant the series didn’t have to shy away from nudity. Fans saw a lot of blood on the show, but they saw even more boobs & butts.

It wasn’t the first time multiple people had sex with each other on the show. However, at least the dashing Prince Oberyn got to walk away with his genitals intact – unlike the consistently-misfortunate Theon Greyjoy (Alfie Allen). 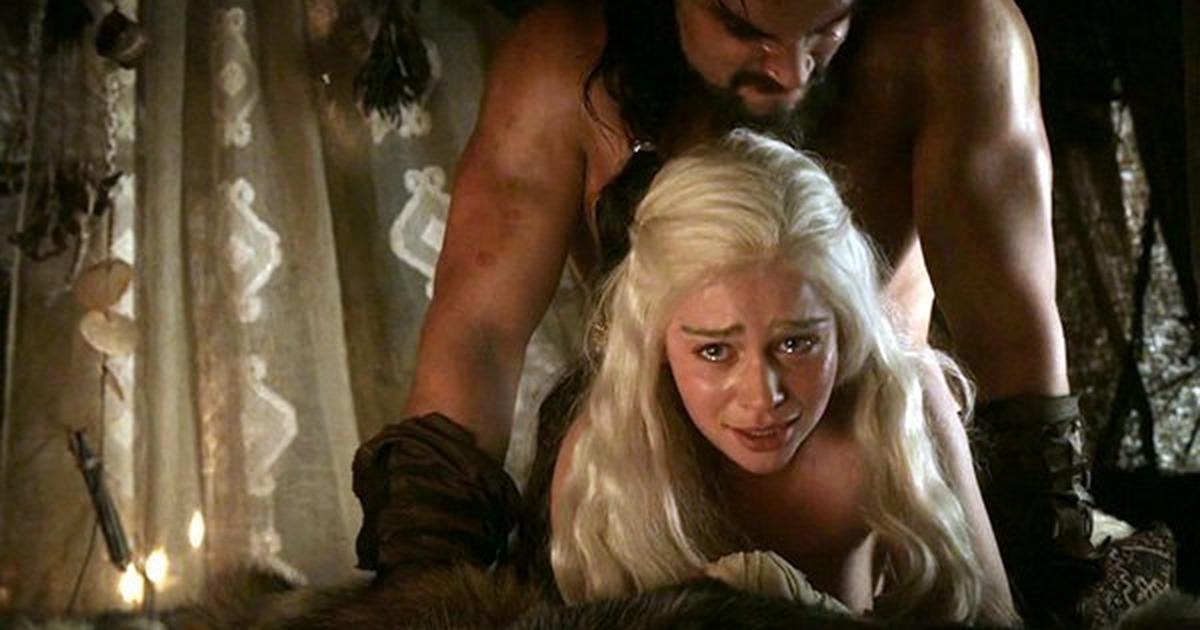 The people of Westeros really like having sex. Without wi-fi, there’s not much to do other than plot against one’s enemies. Most of the sex was enthusiastic & fun for all participants. Unfortunately, though, this wasn’t the case for everyone.

Many fans spoke out about the gratuitous sexual assault on the show. George R. R. Martin, however, commended the show for its realistic portrayal of how it played a part in the time period Game of Thrones loosely resembles. 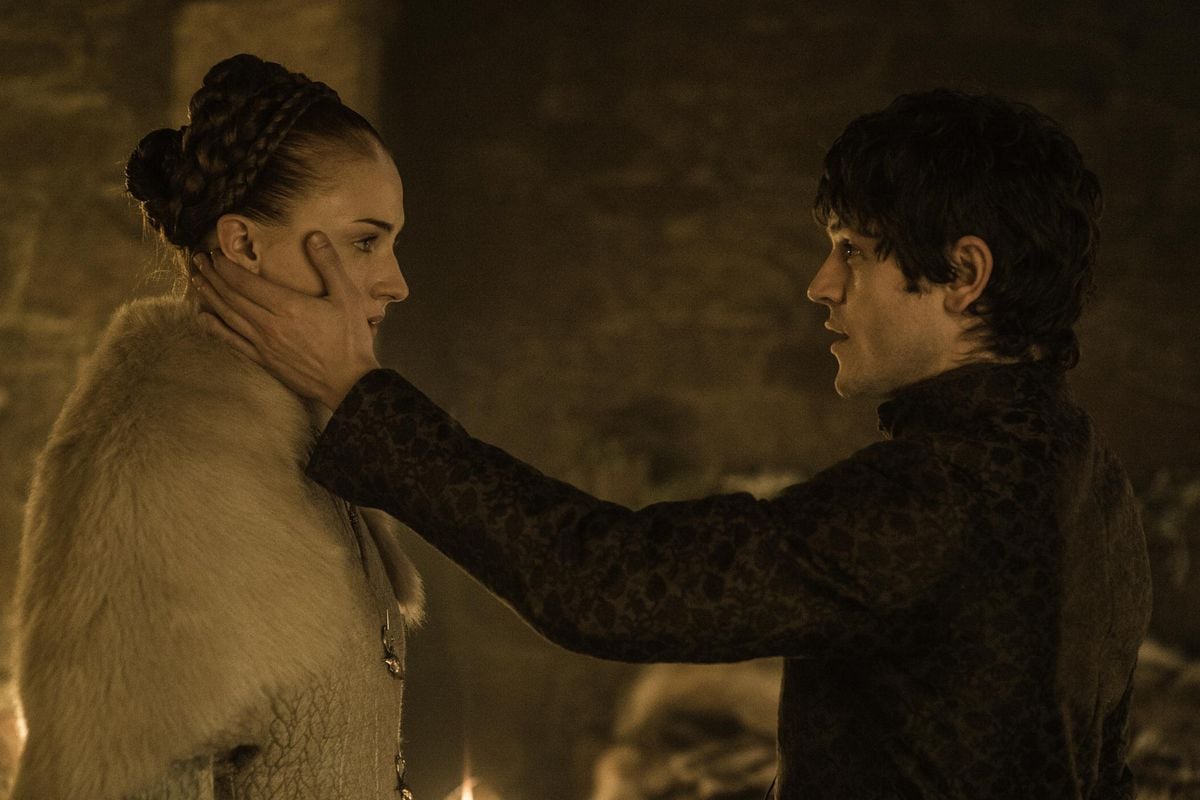 Yet, the show had no problem deviating from realism with dragons & magic. Why did it need to realistically portray sexual assault? Games of Thrones never answered this question, but it did continue to produce some of the best sex scenes on TV. 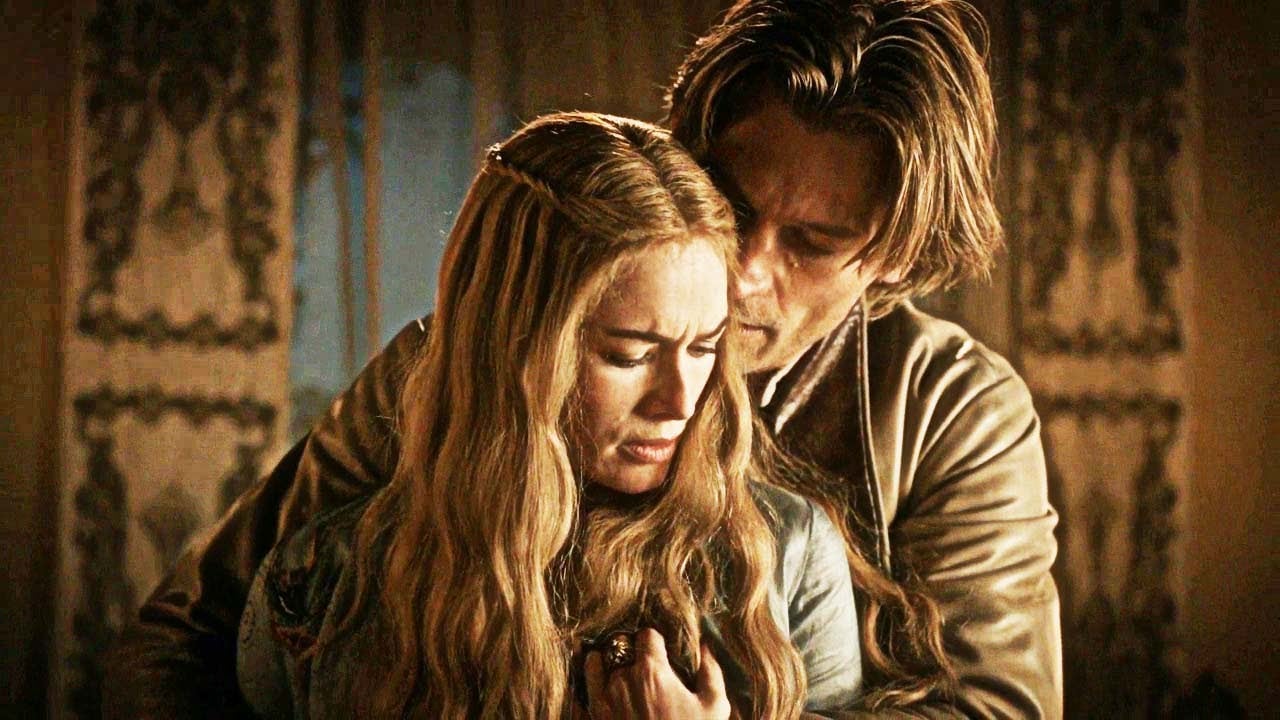 Game of Thrones was loosely based in the Middle Ages. The costumes included many bodices, bustiers, and big dresses. From royalty to the peasantry, the show stayed true to how people dressed when running water was just a fancy idea.

The show also stayed true to royalty using incest to keep power in the family. There’s just so much incest! Cersei Lannister (Lena Headey) and her brother Jaime (Nikolaj Coster-Waldau) have a tumultuous relationship throughout the show. The only thing more controversial than their relationship is their sex scenes.

Not to be shown up by her mortal enemy, Targaryen ends up in a torrid affair with her nephew Jon Snow (Kit Harrington). The narration reveals this shocking plot twist as they make love for the first time. This, ironically, catapults the scene into being one of the best Game of Thrones scenes just by shock value alone. 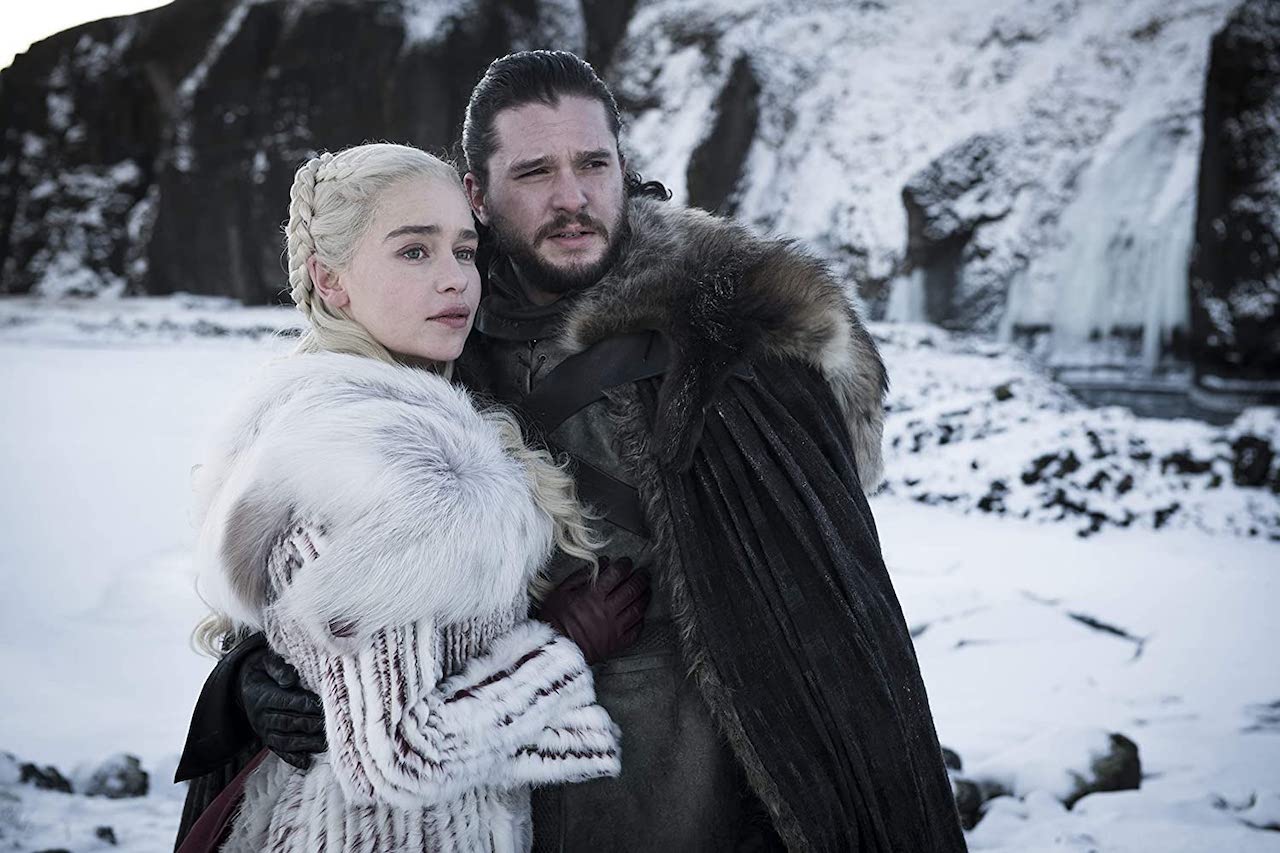 Game of Thrones follows the chaotic attempts of different characters to snatch the Iron Throne. Elaborate murder plots were par for the course and characters learned quickly to excel in scheming or die trying. This didn’t stop them from giving fans some of the best sex scenes on TV!

What did you think about the sex scenes in Game of Thrones? Did you think they were the best on TV? Do you disagree? Let us know in the comments below!