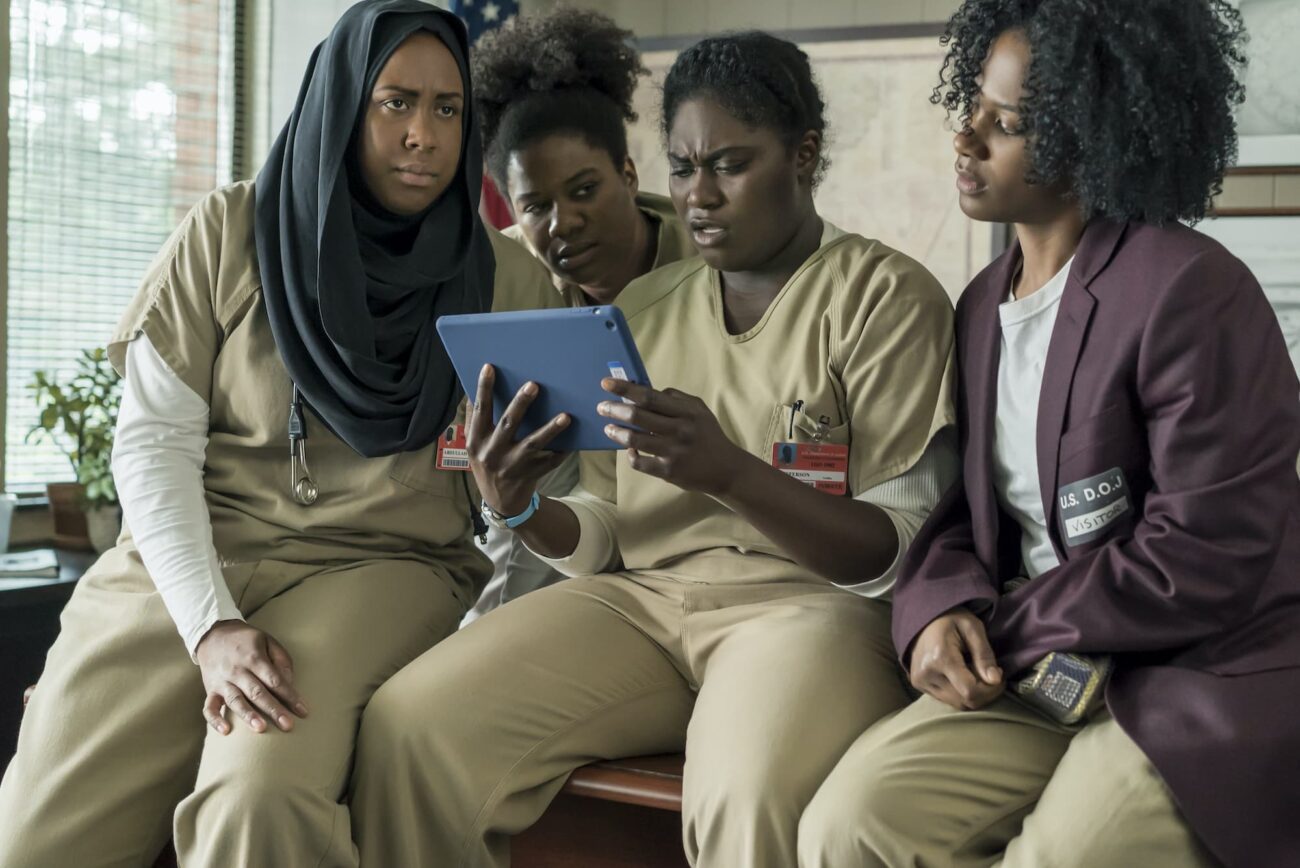 Orange is the New Black is one of the hottest series for sapphics (and non-sapphics too). The show was created by Jenji Kohan in 2013 and has seven seasons, each one steamier than the other. The series tells the story of Piper Chapman (Taylor Schilling) an engaged Waspy white woman with a lesbian past where she committed crimes. Chapman spends time in prison where she encounters her sexy ex-girlfriend Alex Vaus (Laura Prepon).

Are you a lesbian? Maybe a bisexual? who cares when you are condemned in prison for an undefined time, and only surrounded by women (some of them hot). Let’s not forget Ruby Rose’s appearance as Stella Carlin in season 3. Various “straight” women who watched the show confessed to doubting their sexuality after Rose’s appearance.

Orange is the New Black provides great steamy scenes depicting not only hot lesbian sex, but also real, uncomfortable, and sometimes weird intercourse. Each one of the characters is complex and well-written and all of them pass through a meaningful transformation. As the theme song of the show by Regina Spector says  “you’ve got time”, and what else is left to do in prison but change. 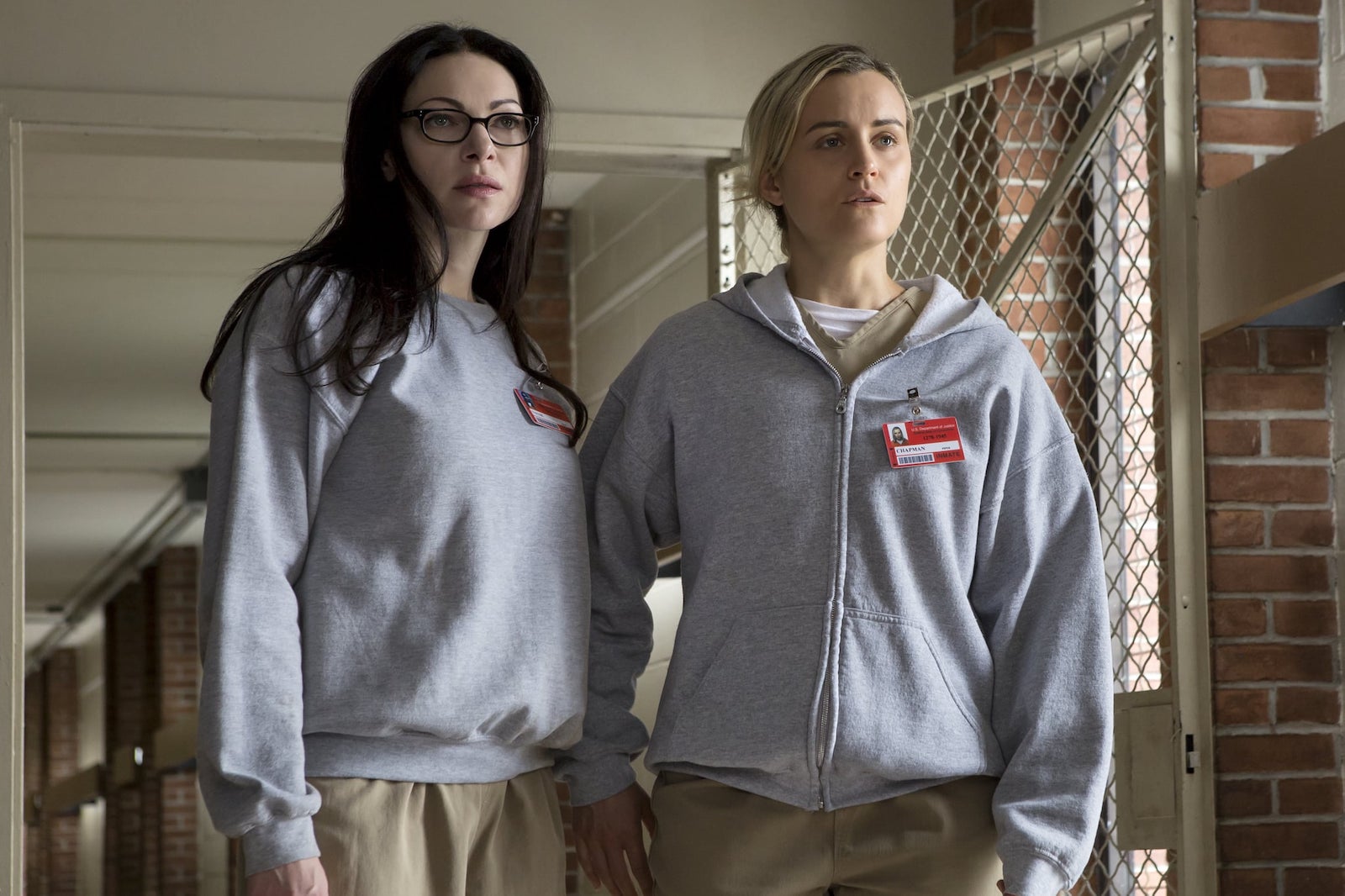 Chapman’s first day in Litchfield is exceedingly difficult, due mostly to the fact that, well, she’s in prison. She’s confused, starved, and anxious to reencounter her former girlfriend, Alex.

Orange is the New Black starts with Piper narrating how much she loves showers because she thinks of them as a safe space. We’re also shown flashbacks of her enjoying a good bath, sometimes as a couple. 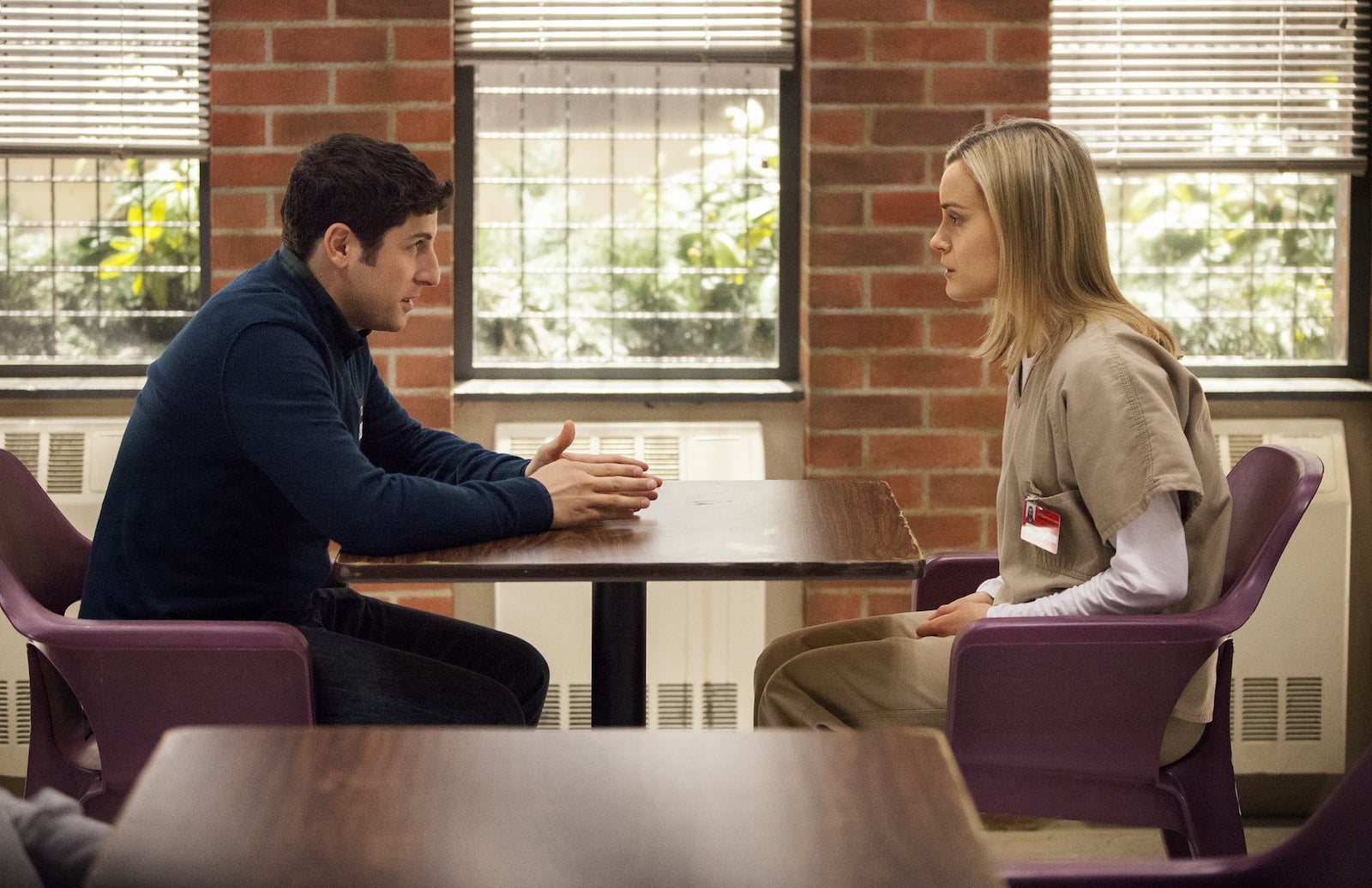 Is it bad sex or just straight sex?

Good sex depends on many factors that go further than sexual orientation, like proper communication, knowing what you like, and confidence. However, in Orange is the new Black, all the sex scenes between Piper Chapman and her fiance Larry Bloom (Jason Biggs) are awkward, undesirable, and end up in tears.

The first time we see them getting intimate is during Chapman’s last night of liberty before surrendering herself to Litchfield for two years. For obvious reasons Piper is completely overwhelmed and stops sex in tears. 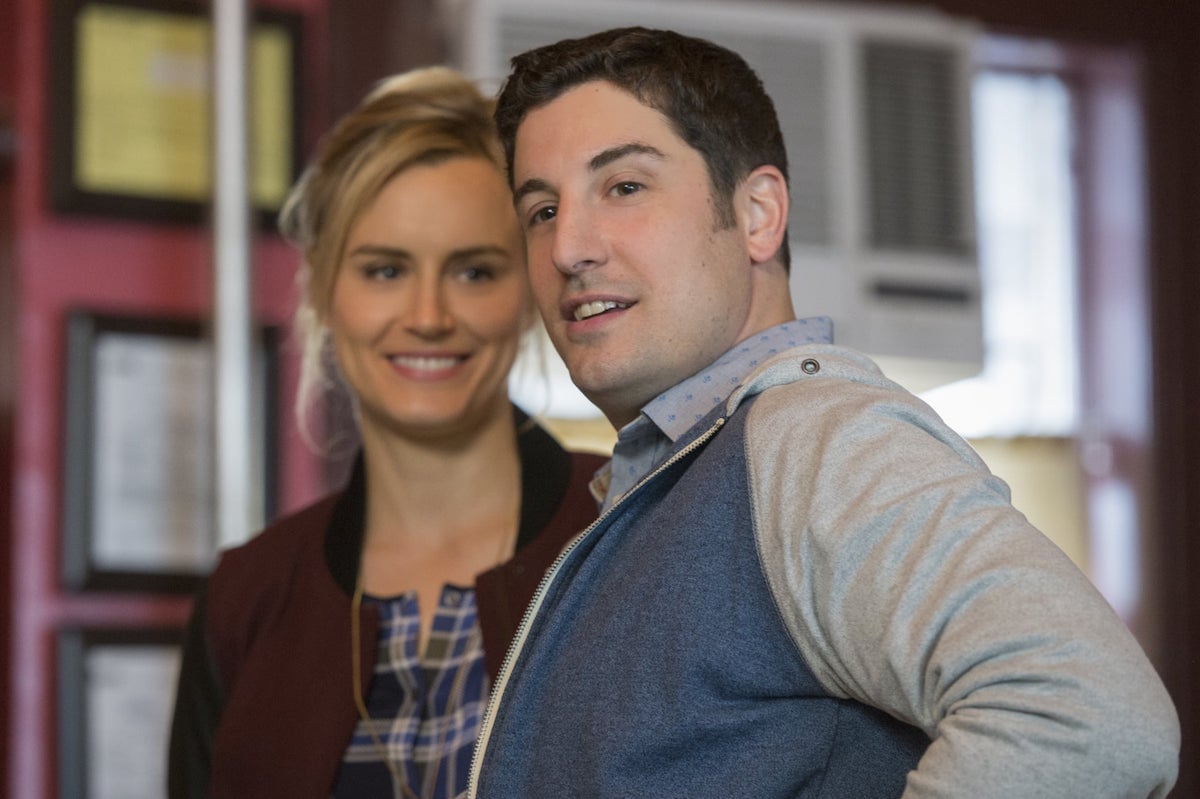 Sex during a funeral can be a terrible idea

Sex in the bathroom of a funeral can be either a great experience with a sexy forbidden vibe and the adrenaline of being caught, or a complete bummer. In this case, it’s the second one.

Due to her white girl privileges, Chapman was allowed to have some hours of liberty to attend her grandmother’s funeral. Except when she tried to seduce Larry in the bathroom, and give him a blow job – as usual – things didn’t work out.

It wasn’t the best scenario, but some action is expected if your partner is free from prison for a few hours. 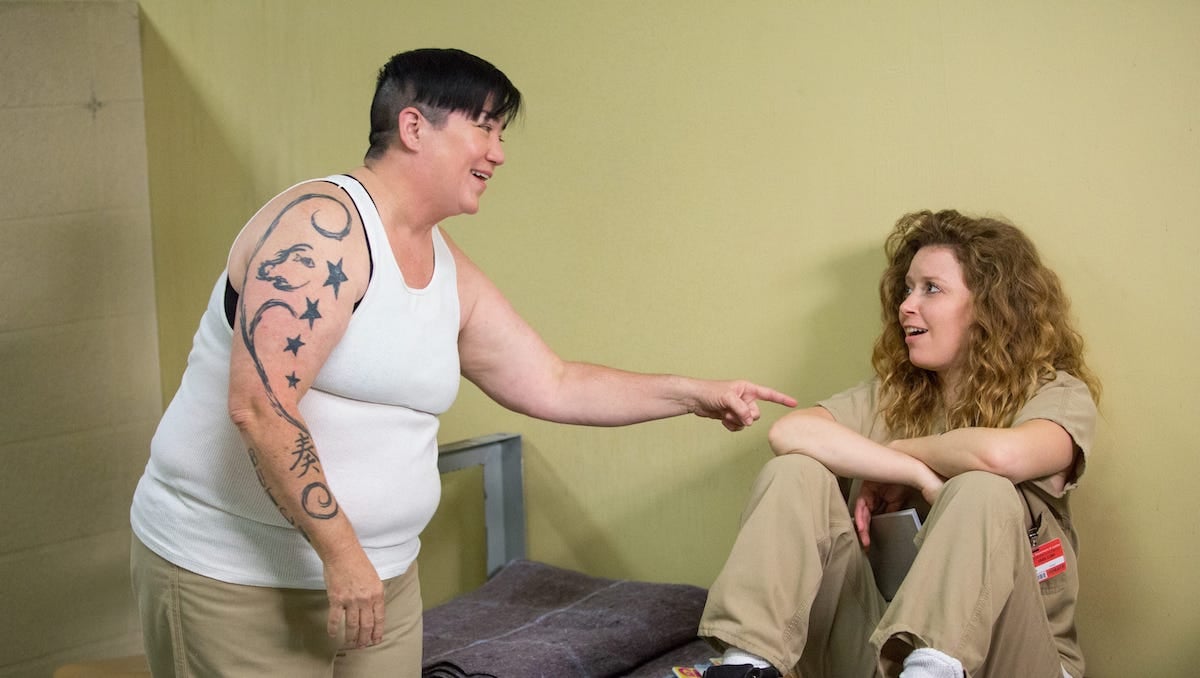 Has love for animals gone too far?

Carrie Black, better known as Big Boo played by the comedian Lea de Laria, acts as an active top. She often competes with Nicky about the number of orgasms they can give. But life is not only about giving, we all want to get back a little of what we’ve handed out. Still, has she gone too far?

The weirdest sexual scene of the entire seven seasons of the show is the moment between Big Boo & Lil Boo, a dog she adopted. While feeding it with peanut butter, Carrie realizes its licking abilities and a questionable idea came to her mind.

Fortunately, these scenes weren’t explicit during this episode. We’re all suggested by Boo’s next dialogue when she’s asked at the cafeteria what happened with her dog, “Things got weird” is the response we get.

What do you think about weird sex scenes in Orange is the New Black? Tell us in the comments below!