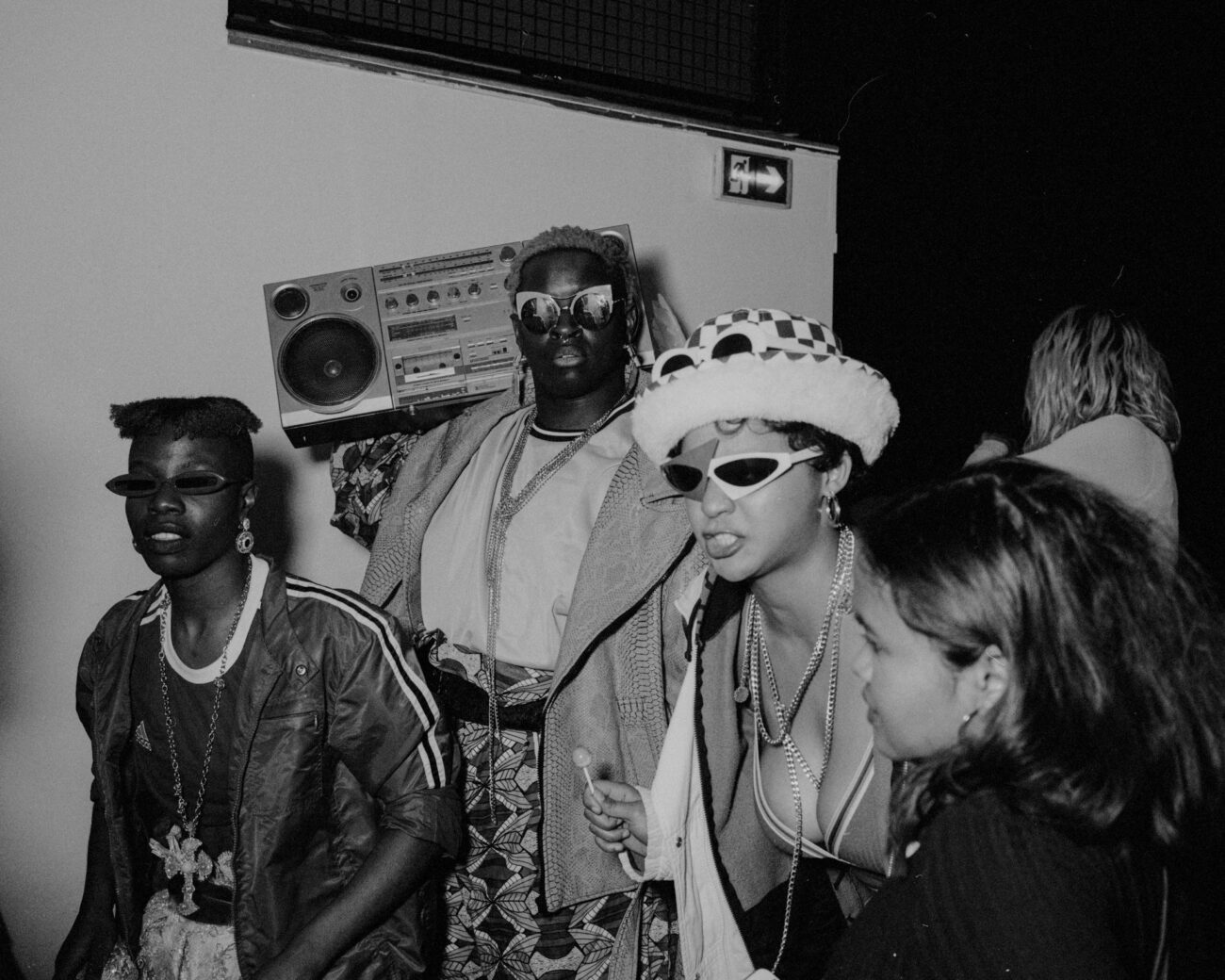 Life during the pandemic: Step into the world of ballroom culture

As a community structured around intimacy, how does ballroom bounce back from a pandemic? The House-Ballroom Community formed fifty-two years ago as a response to racial gaslighting and became a living commentary on the proximity to whiteness.

Instead of succumbing to the racial glass ceilings of 1960s drag culture, Crystal LaBeija redirected her energy towards creating space for people who shared her reality as a  woman of color. In doing so, Harlem’s ballroom culture allowed queer Black & Latine youth to establish their own precedents of celebrating their proximity to each other. 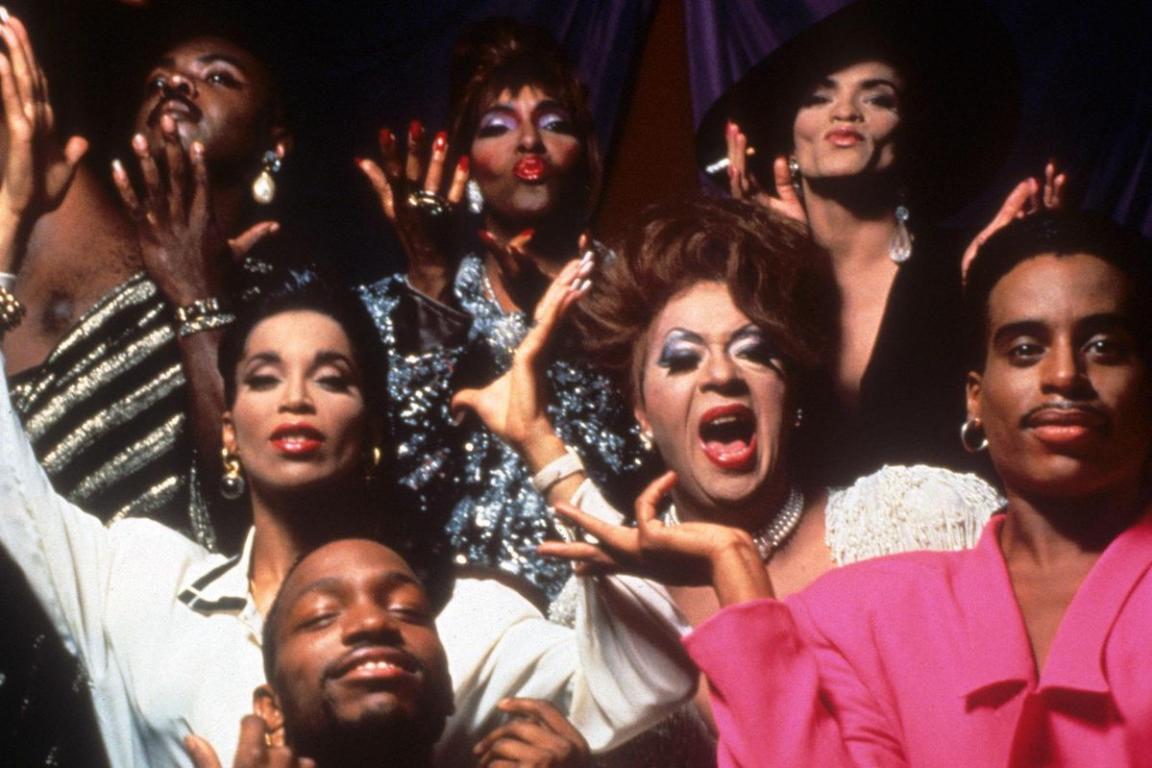 In 2020, that proximity has become deadly in the face of a global pandemic. Studies show people of color are four times more likely to need hospitalization upon contracting COVID-19. Restrictions on large gatherings have made the family-reunion energy of balls a costly violation, effectively moving the entire community online to video conferencing hubs such as Bigo Live & Zoom.

Fortunately, there are several ways the ballroom community can use memories of the past to create new tools for enduring the pandemic. However, those tools cannot be created without reckoning with several harsh realities. 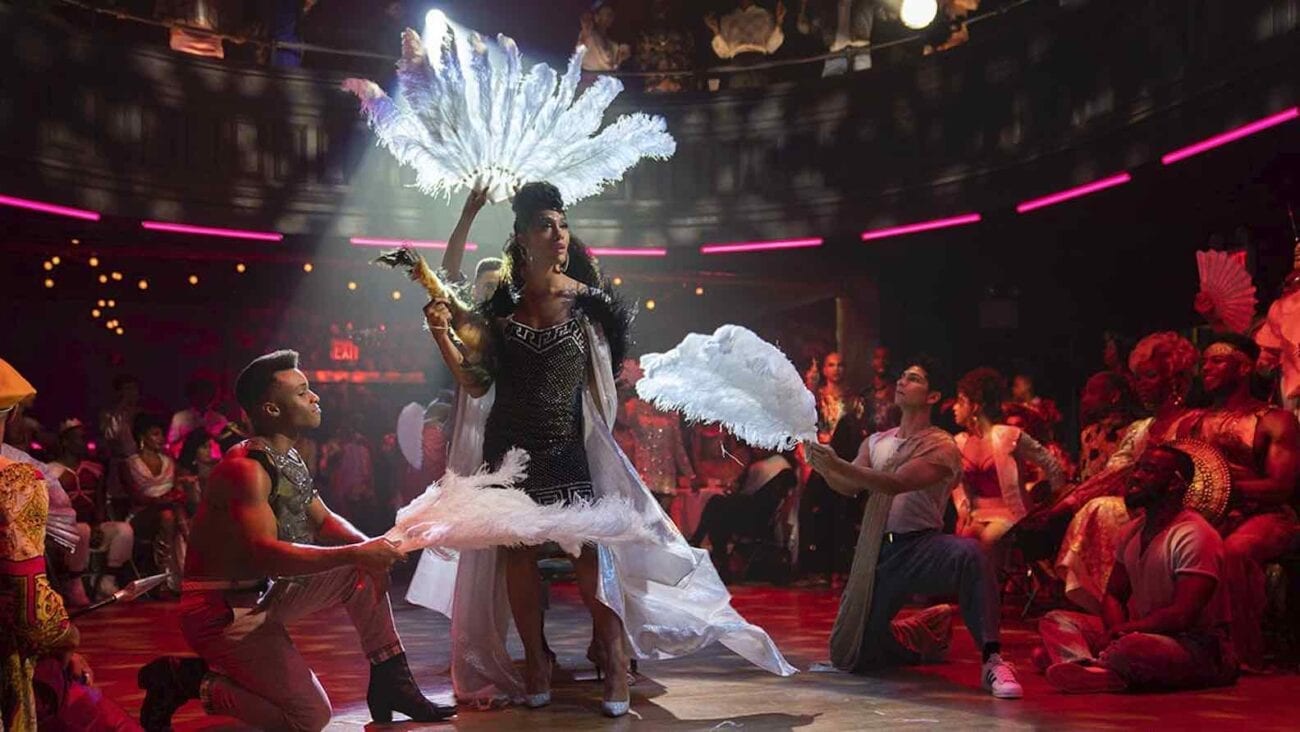 A False Sense of Security

Widespread misinformation exacerbating already limited access to healthcare keeps countless lives hanging in the balance as the world awaits a vaccine. To ballroom elders who survived the HIV/AIDS epidemic of the 80s, this scenario feels all too familiar.

However, HIV-positive elders aren’t just immunocompromised against a deadly virus. This time, the memories of one health crisis are creating a false sense of security over a newer health crisis with entirely different variables.

That false sense of security hasn’t risen out of the blue. The persisting misconception that a recently negative test is a green light to socialize is fueling the rationale of many who are promoting and walking balls locally & abroad. Without a federal mask mandate, ball organizers have been able to capitalize on that misconception, and have resumed hosting balls in states with lax social distancing guidelines. 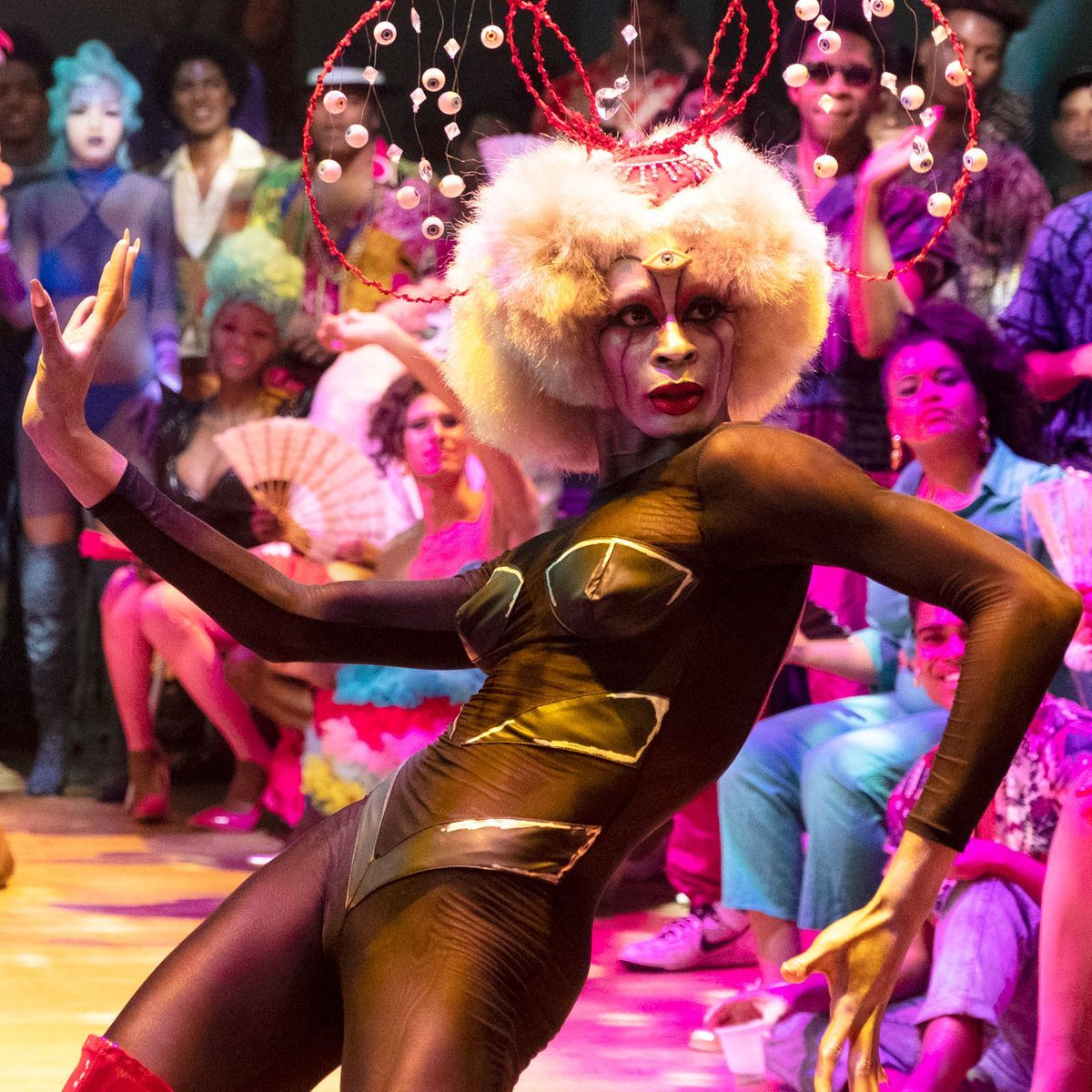 Poor government leadership and haphazard stimulus disbursement have forced businesses to take drastic measures to stay afloat. Airlines and travel companies have been heavily discounting flights to woo travelers out of their homes. The hospitality & tourism industries are offering travel package pricing usually only seen during the holiday season.

Ball organizers have created their schedules around these discount cycles every year, creating their own ecosystem of travel packages aiming to woo participants to their ball. Those steep discounts don’t always amount to equally strong safety measures, making the prospect of cheap travel in a pandemic just as insidious as it is enticing. 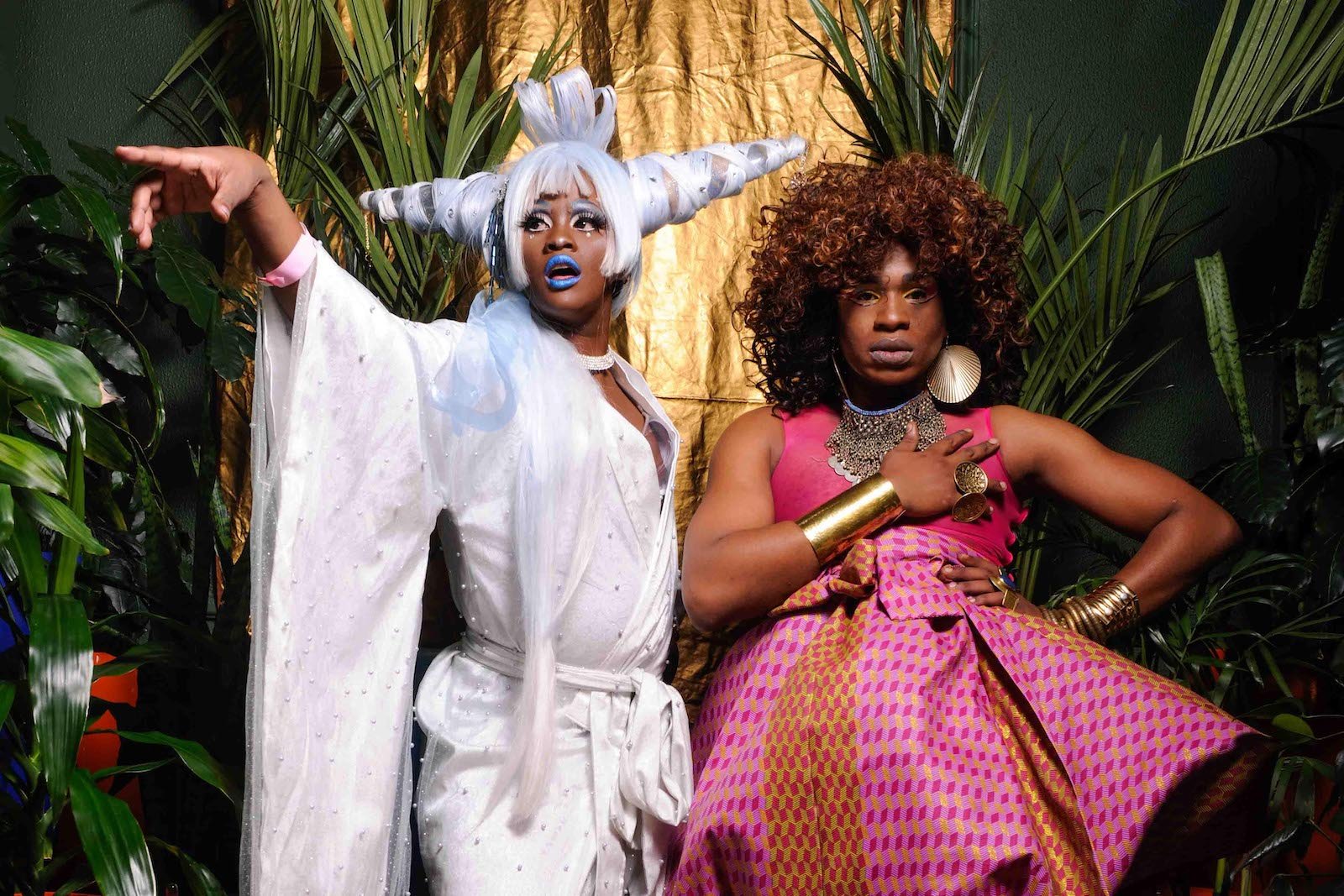 As ballroom is a product of nightlife, it’s been especially challenging to view lockdown reopenings as premature when bars & clubs are doing all they can to salvage customers. The nightlife industry continues to walk the line between operating just within regulations or outright flouting congregation rules. This has led to dramatic shutdowns by police and flare-ups on social media that reverberate for weeks.

For ballroom leaders around the world, it’s a test of whether to resume balls against safety guidelines or enforce patience by postponing them. Both choices come at heavy mental health costs unique to the ballroom community. While stories of resilience from those who survived the HIV/AIDs epidemic remain relevant today, the anecdotes to survive a quarantine are not being written without a cost. 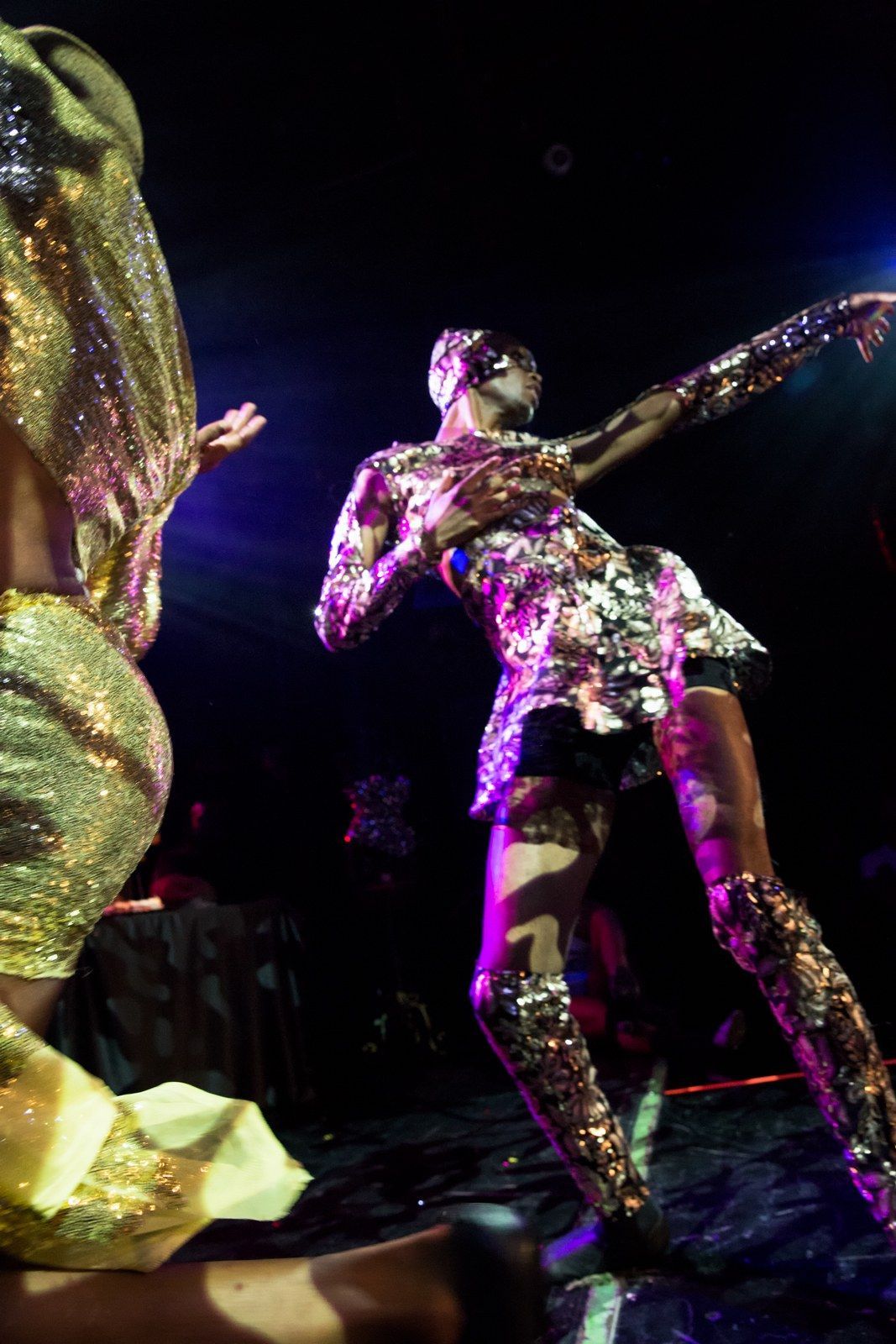 One of Out Magazine’s OUT 100 Recipients Mary Trump also echoes these sentiments. She’s the author of the bestselling book Too Much and Never Enough, and is Donald Trump’s niece who identifies as a lesbian.

“This country is headed towards one of the greatest, if not the greatest, mental health crisis in our history, in part because of the seemingly endless stream of crises we’ve been subjected to over the last  four years as well as the severity of the health and economic crises we’re currently living through.” 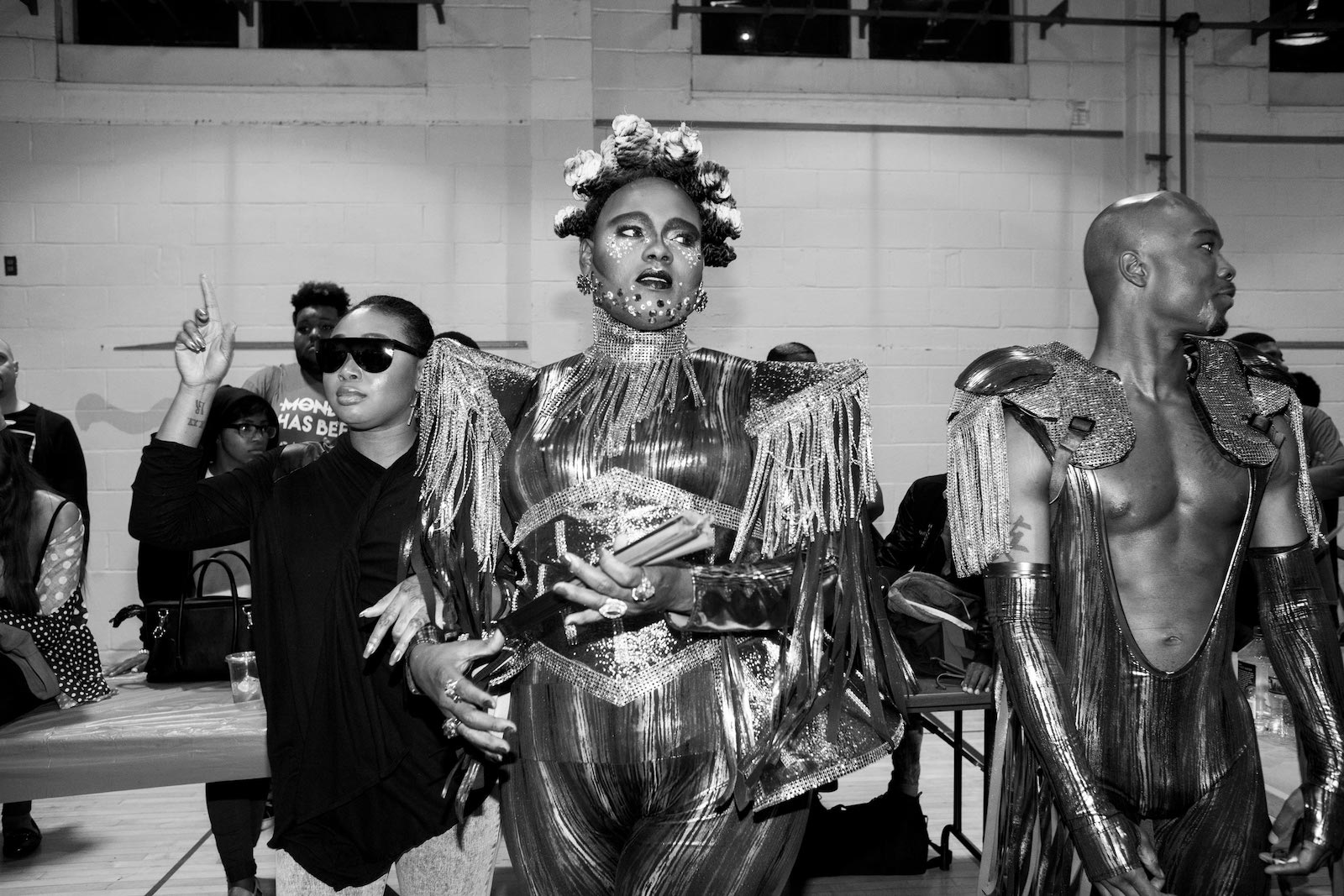 Why would high-risk & immunocompromised individuals willfully attend a gathering otherwise considered a “super-spreader event”? For all the novelty of hearing real-time commentary from judges & participants from around the world, several members in the ballroom community agree the visceral palpability of a ball experienced in person can’t be replicated online.

The lack of that visceral feeling has led to health downturns similar to symptoms of withdrawal in those who consider ballroom a lifestyle and its affirmations a form of self-medication. 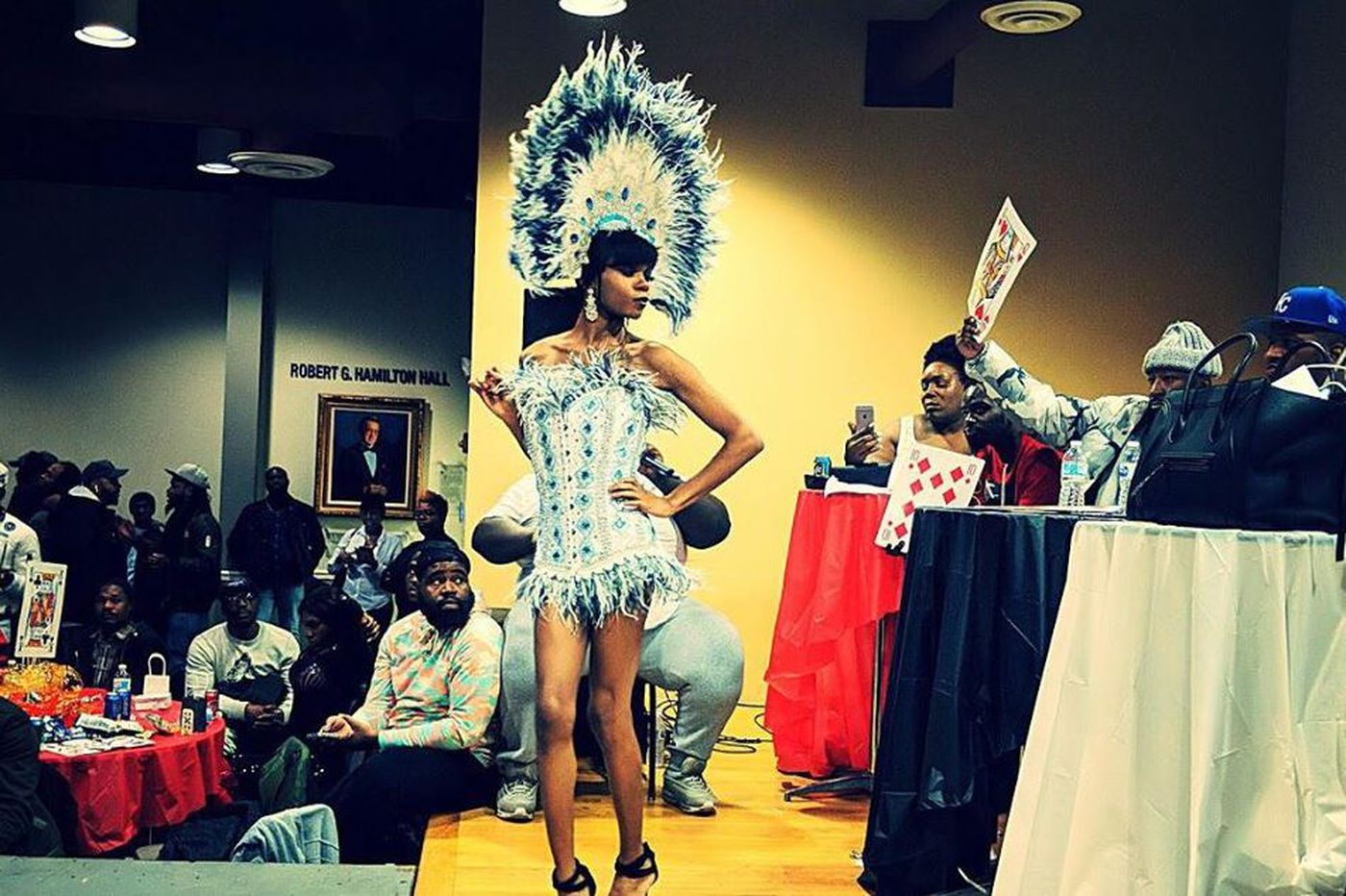 Although the media has come up with many convenient names for it, “burnout” is the term most widely used by health experts when it comes to describing the bereft stay-at-home restlessness of “pandemic fatigue”. Many members of the queer community describe quarantine as akin to “being back in the closet”, exacerbating coming-out & transition processes with their households and themselves.

For the ballroom community, the coming-out & transition processes are rites of passage celebrated by several ball categories that members can spend years preparing for. Without access to the affirmational energy of the ball to motivate them, the effects of pandemic fatigue can become not only exacerbated but dangerous for younger members of the community still learning to love themselves. 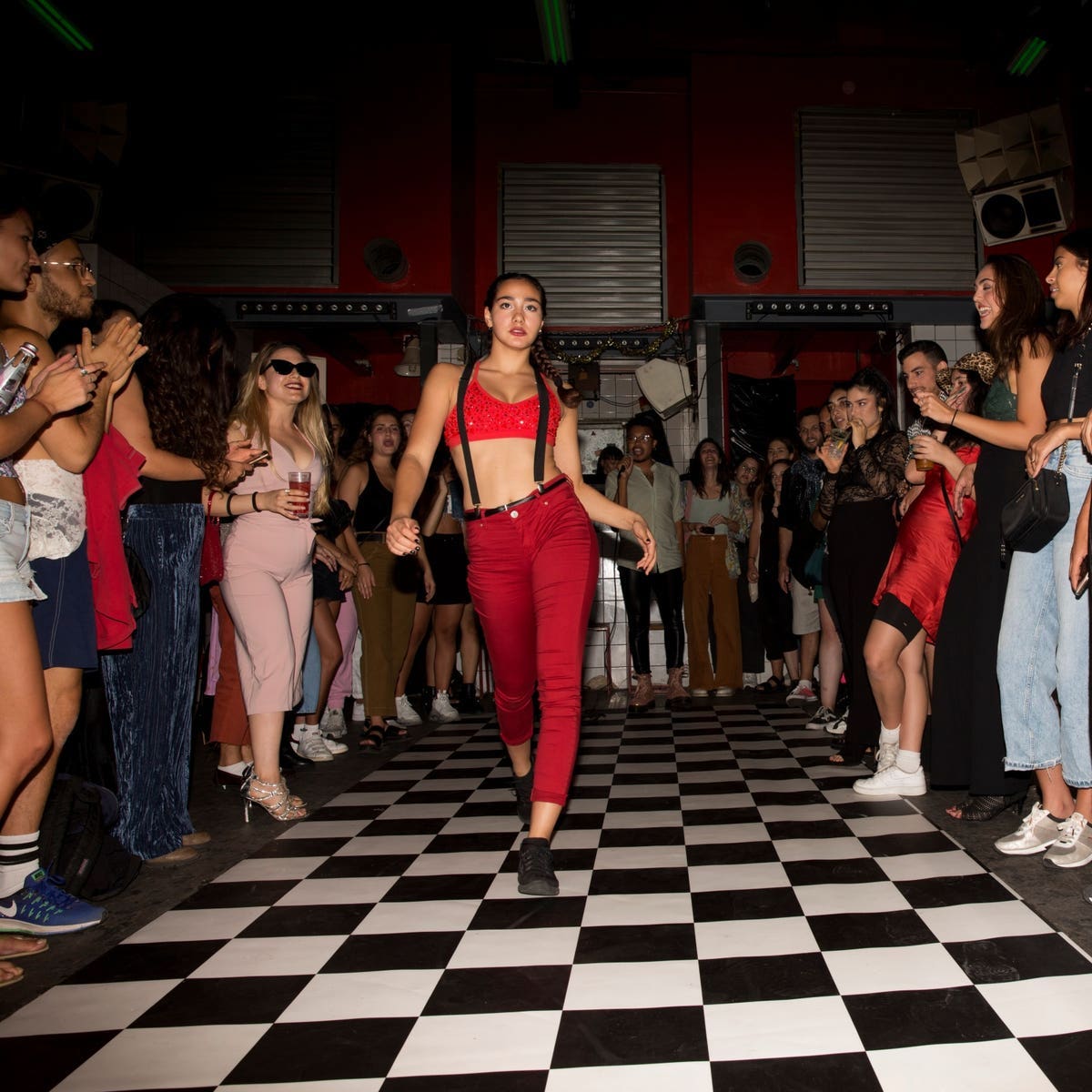 As early as April, stay-at-home orders had already sparked an increase in domestic violence cases worldwide with few resources to combat it. The need to emancipate themselves from toxicity at home has led queer youth toward other risky practices, such as resuming casual sex – under the impression that others are taking the same health precautions as they are.

Harvard physicians report that framing sex as “dangerous” during a pandemic with no real end in sight causes more problems than it solves. However, safer sex guidelines released at the start of the pandemic have led many queer people to weigh heavy risks unique to their community that doesn’t always translate to those of the straight world.

While gay sex is becoming more socially acceptable, the added risk of contracting HIV & STIs alongside COVID-19 exponentially multiplies the emotional toll of the pandemic. 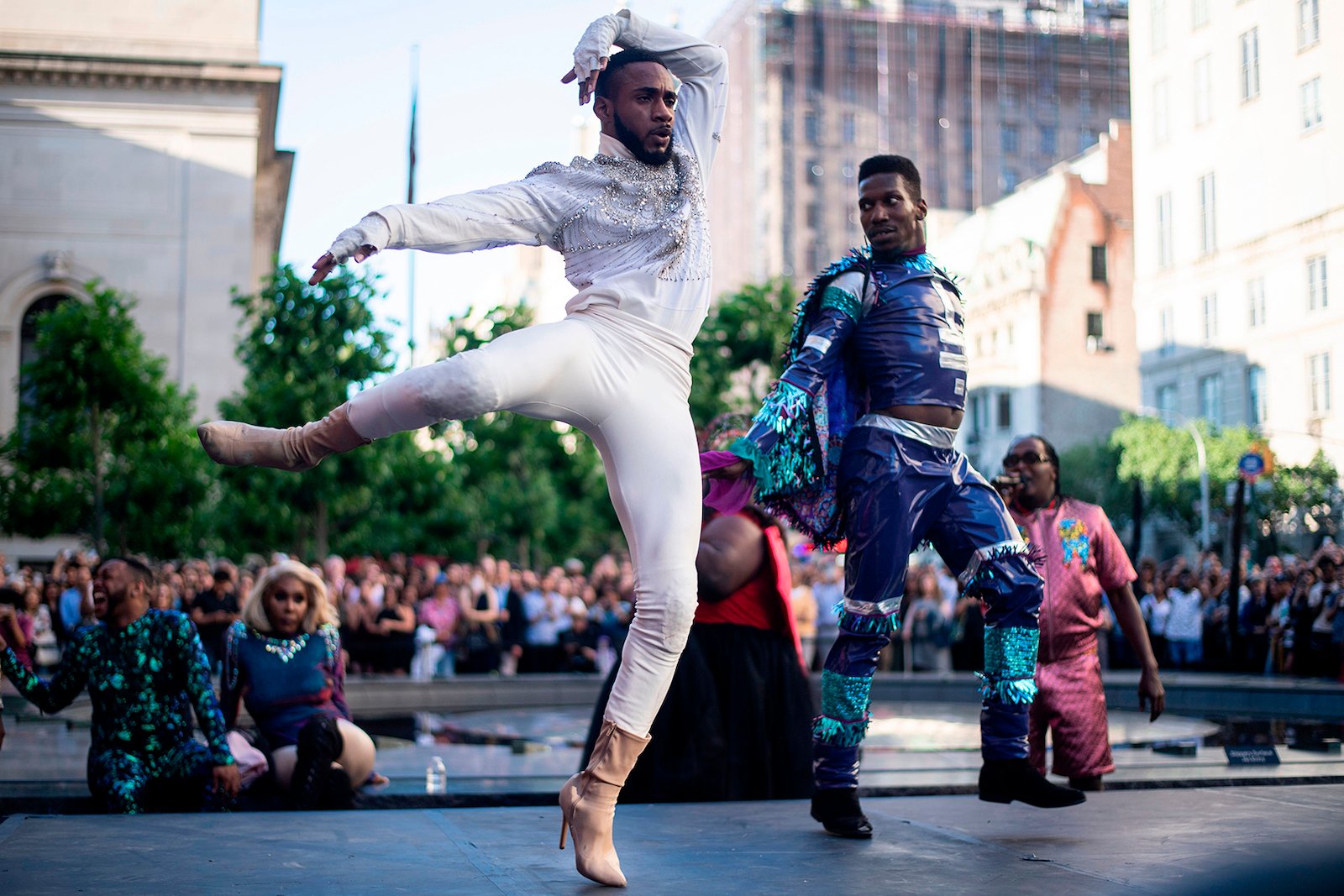 More work to do

Despite the growing availability of PrEP and the de-stigmatization of HIV, the sexual liberation of the queer community is now a  high-risk signature of the culture. Cavalier attitudes towards risking HIV infection are now being misapplied to COVID-19, under the assumption that healthcare is readily available despite rising infections.

For all their shortcomings, gay hookup apps like Grindr, Jack’d, and Scruff are still places for those seeking connection beyond sex. Indeed, many members of the ballroom community were given their first glimpse of the scene through meeting people on these apps. Unfortunately, adherence to social distancing guidelines has many people reporting strained friendships and relationships. 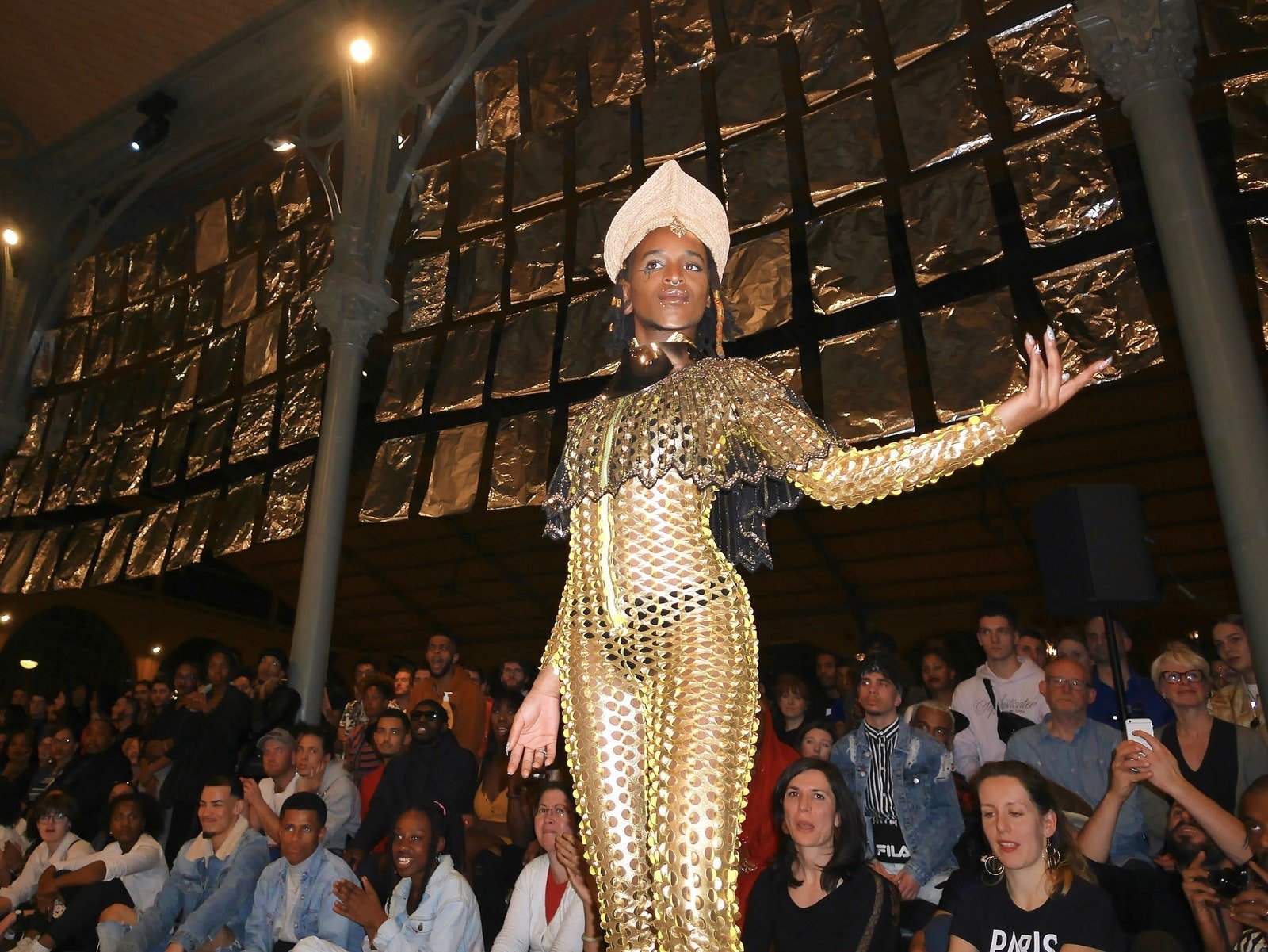 Since being in a house means being part of a family, the ballroom community has no problem checking in with each other. The challenge ahead is battling complacency, ambivalence, and despondence towards the haphazard federal response to the pandemic.

That despondence isn’t unfounded. In the United States, The Associated Press reported the continued lack of national testing strategy has given rise to a proliferation of pop-up testing sites engaging in predatory pricing for those seeking rapid tests in low-income areas. 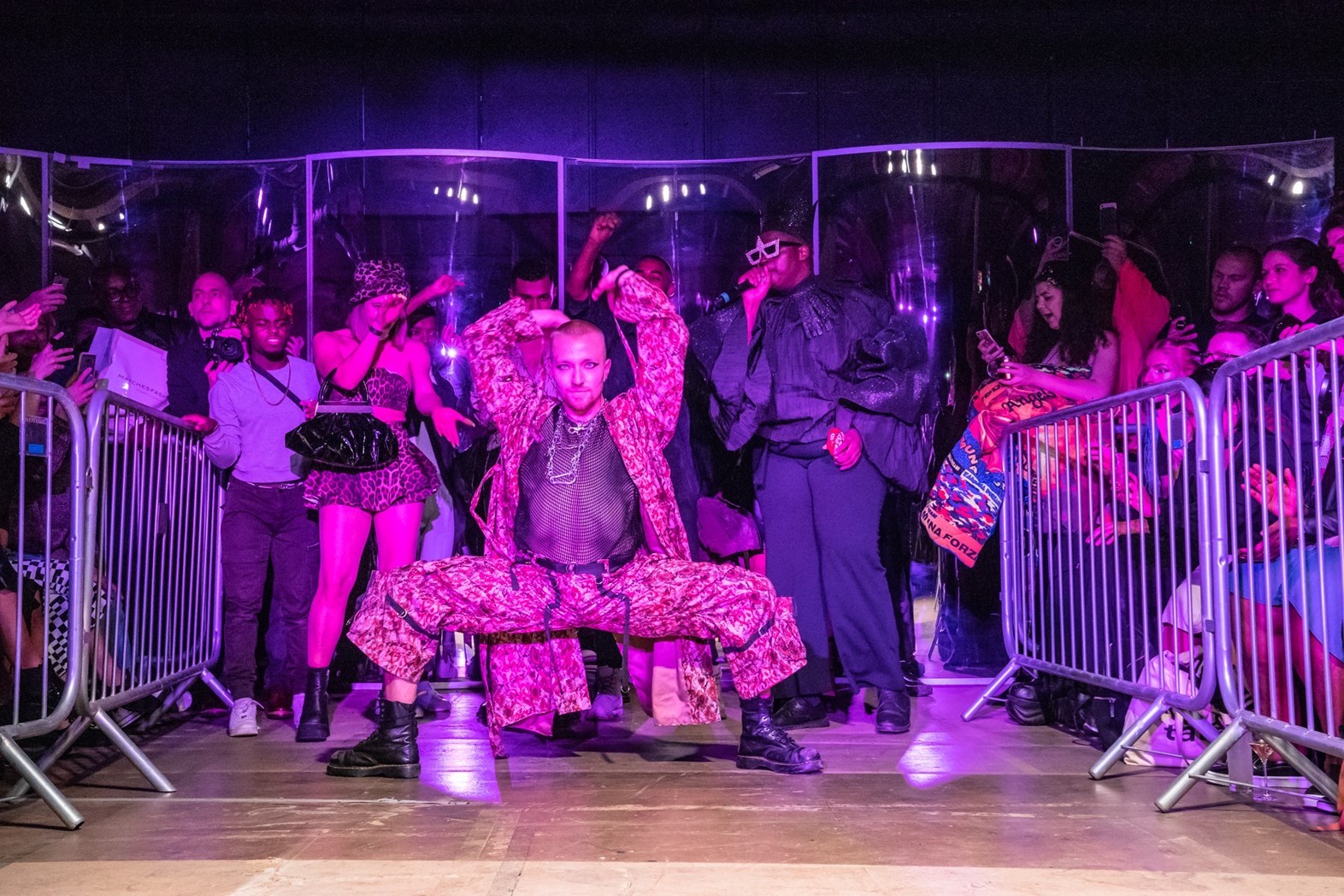 With this information in hand, incentivization appears to be the most helpful tool in protecting the community. With none of them lacking in creativity, ballroom leaders, fortunately, have several incentives to choose from and build upon for the long haul.

One solution can be making masks part of the categories themselves. Another can be incentivizing rest and training by offering transportation to and from a future major ball in 2021 to those who go on  “blackout”, a practice of refraining from walking a ball. If that isn’t enough, the biggest cue to take from the HIV/AIDS crisis, then, would be incentivizing disclosure of recent COVID-19 test results and getting tested together.

Because of TV & film triumphs like Kiki, FX’s Pose, and HBO Max’s Legendary, ballroom culture & HIV prevention education has now spread to all corners of the world. The approaches to combating the pandemic have been just as diverse, and the ballroom scene is clearly adapting. However, ballroom leaders understand that the task of ensuring safety is a problem bigger than them. 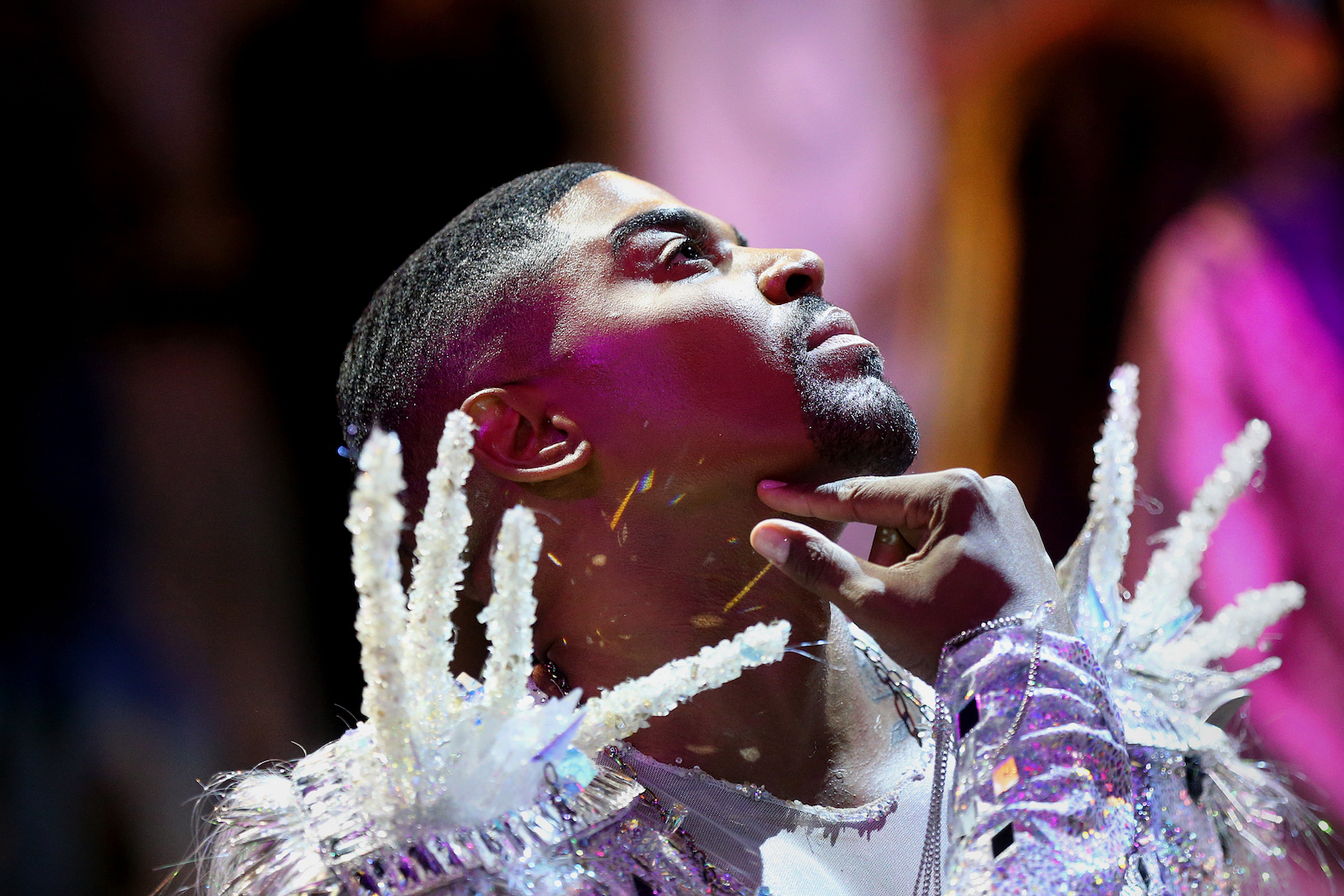 The Big Picture Ahead

Philadelphia’s Secretary of Health Rachel Levine is one of America’s few transgender public officials and a fellow OUT 100 recipient. She believes that the big picture of recovery requires confronting America’s health disparities at the systemic level.

“Our vulnerable populations have been hit particularly hard by this virus. This includes seniors and… minority populations such as [Black], Latinx, and LGTBQ+  individuals. The social determinants of health, such as one’s income, their living situation, their  education, where they live, also are critical elements of health equity.” 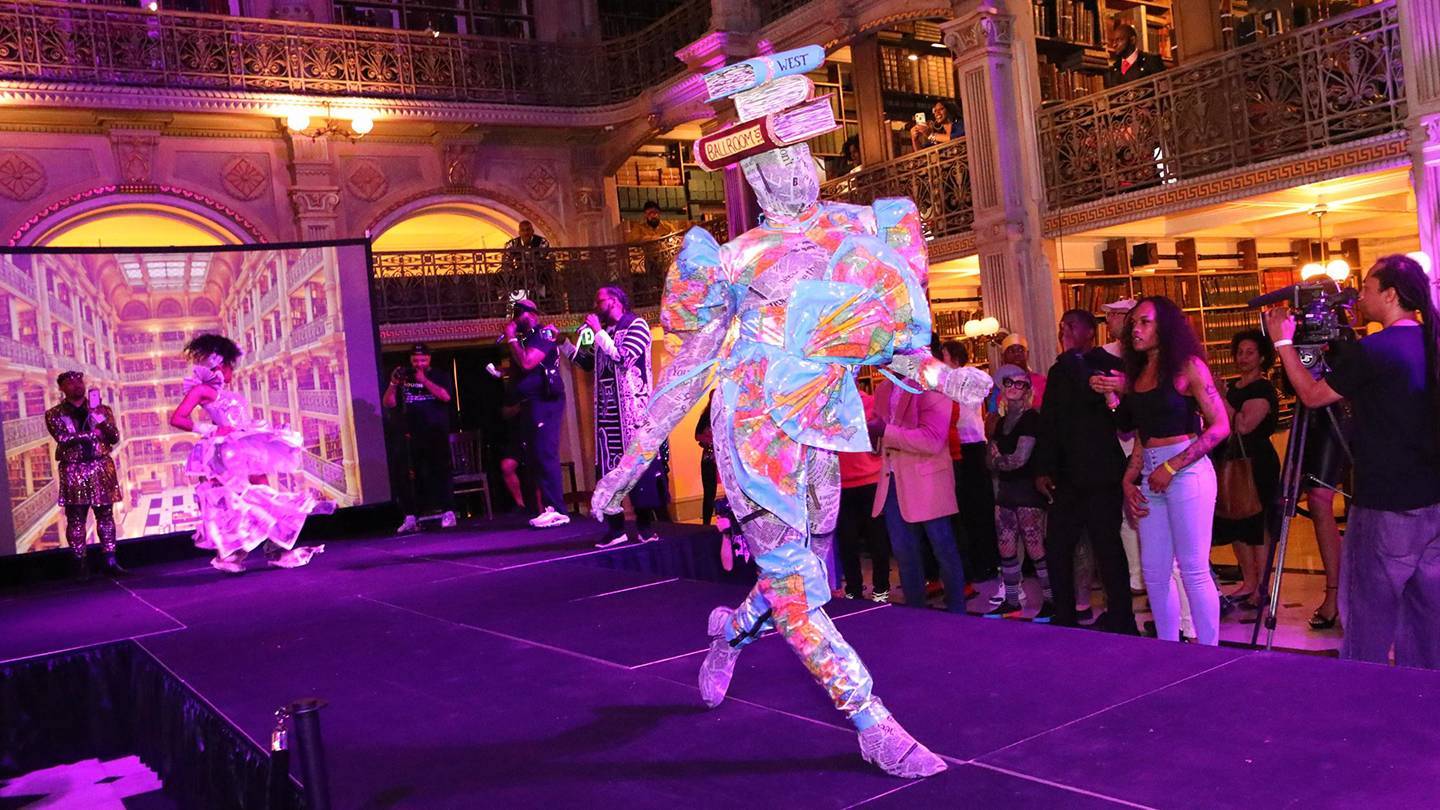 Crystal LaBeija already lived through enough systemic oppression to recognize this reality. Perhaps the lesson of the present is for her community not to misapply the lessons learned from one health crisis as cornerstones for surviving another. Instead, the solution may lie in recontextualizing those lessons into patient tools to reinforce the cornerstones of an urgent, new foundation being built in real-time.