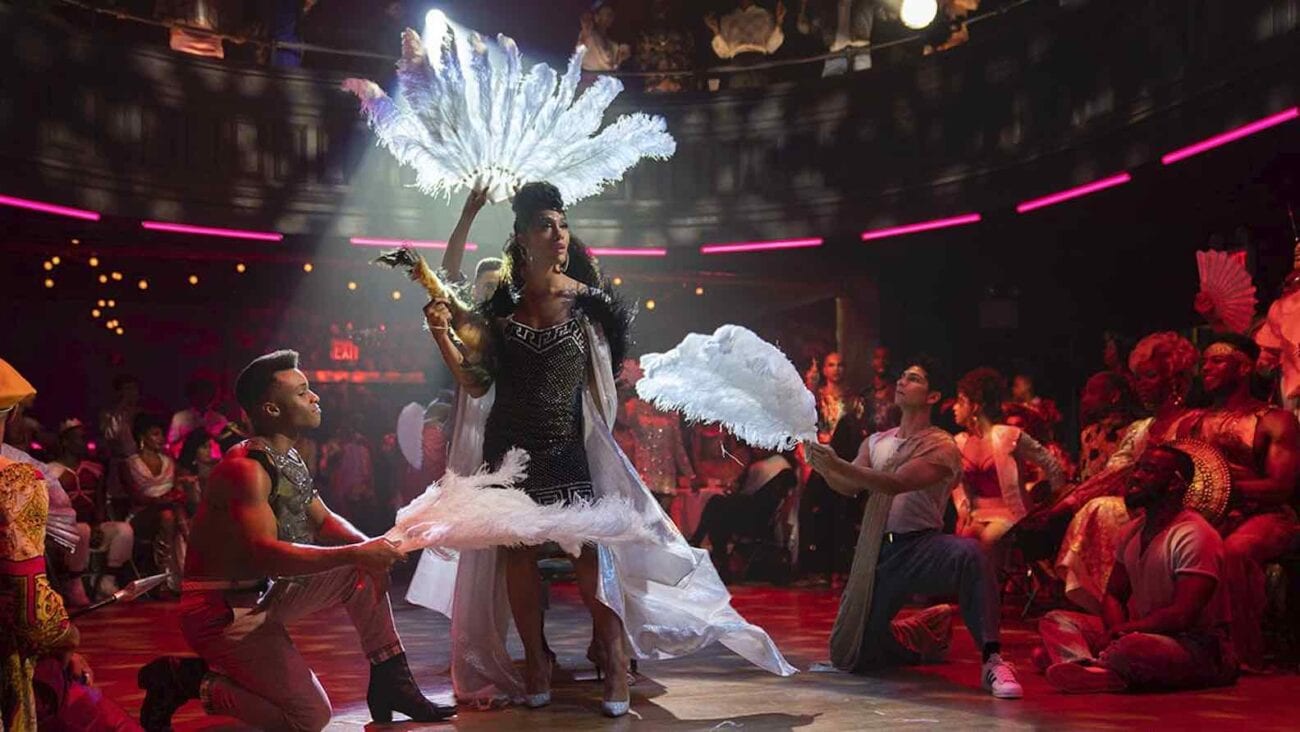 Love ‘Pose’ on FX? Check out these real-life ballroom artists

Pose’s creators, Ryan Murphy, Brad Falchuk, and Steven Canals were inspired by real-life ballroom legends, many who consulted on the show’s content to bring as much accuracy to the story as possible. The real ballroom veterans brought Pose to life with their experiences & their stories of the ball & drag scene and gave the audience a unique glimpse into a culture most never even knew existed.

Here are some of the most fabulous ballroom artists whose works revolve around the opulence & strength of the ballroom culture. 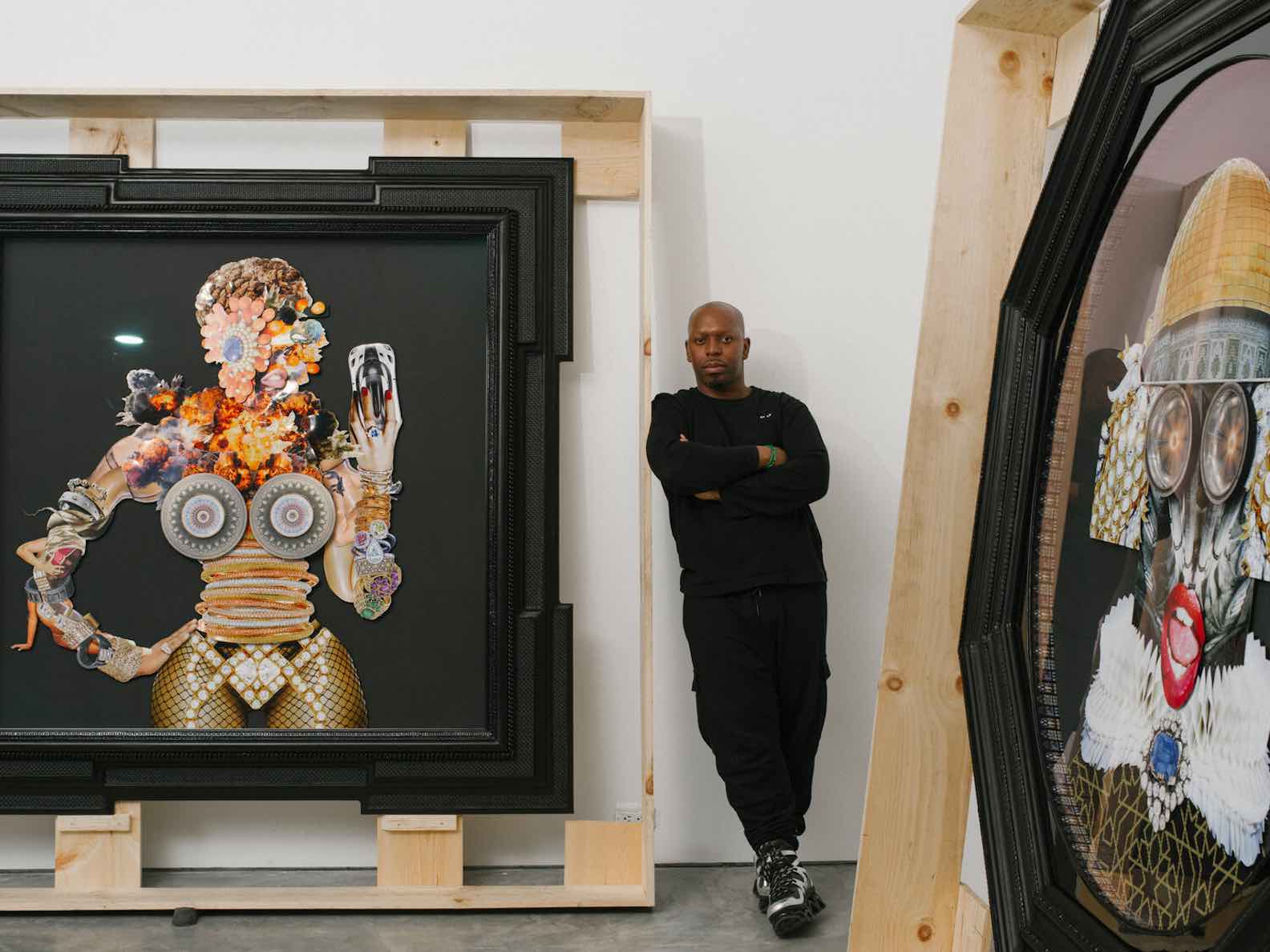 Rashaad Newsome is New York City interdisciplinary artist who creates works of art to express how media & pop culture communicate skewed version ideas of power. Newsome has worked with the vogue community, which helped develop the ballroom scene in the 1970s, for over a decade.

Newsome critiques the appropriation of vogue in the 1990s in his work. Newsome’s work also seeks to highlight the specific style & movement of ballroom performers and establish the representation of queer people of color in the ballroom space. 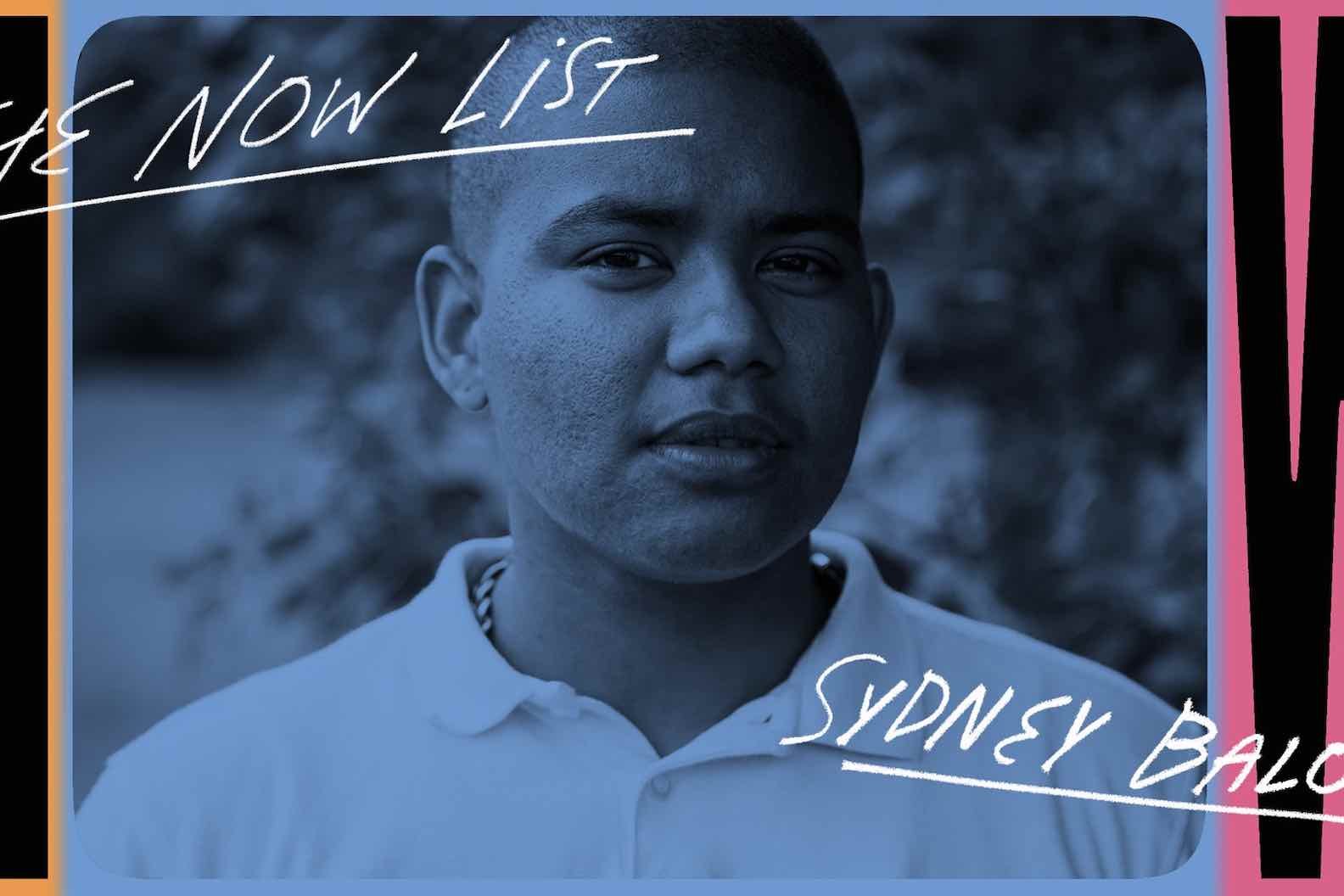 Sydney Baloue is a writer & ballroom historian who is currently reporting for the New York Times on the ballroom scene during the coronavirus pandemic & the recent protests. Baloue is writing a book, documenting the history & evolution of the New York City ballroom scene. Baloue is also known for work as a producer on the HBO Max ballroom competition show, Legendary. 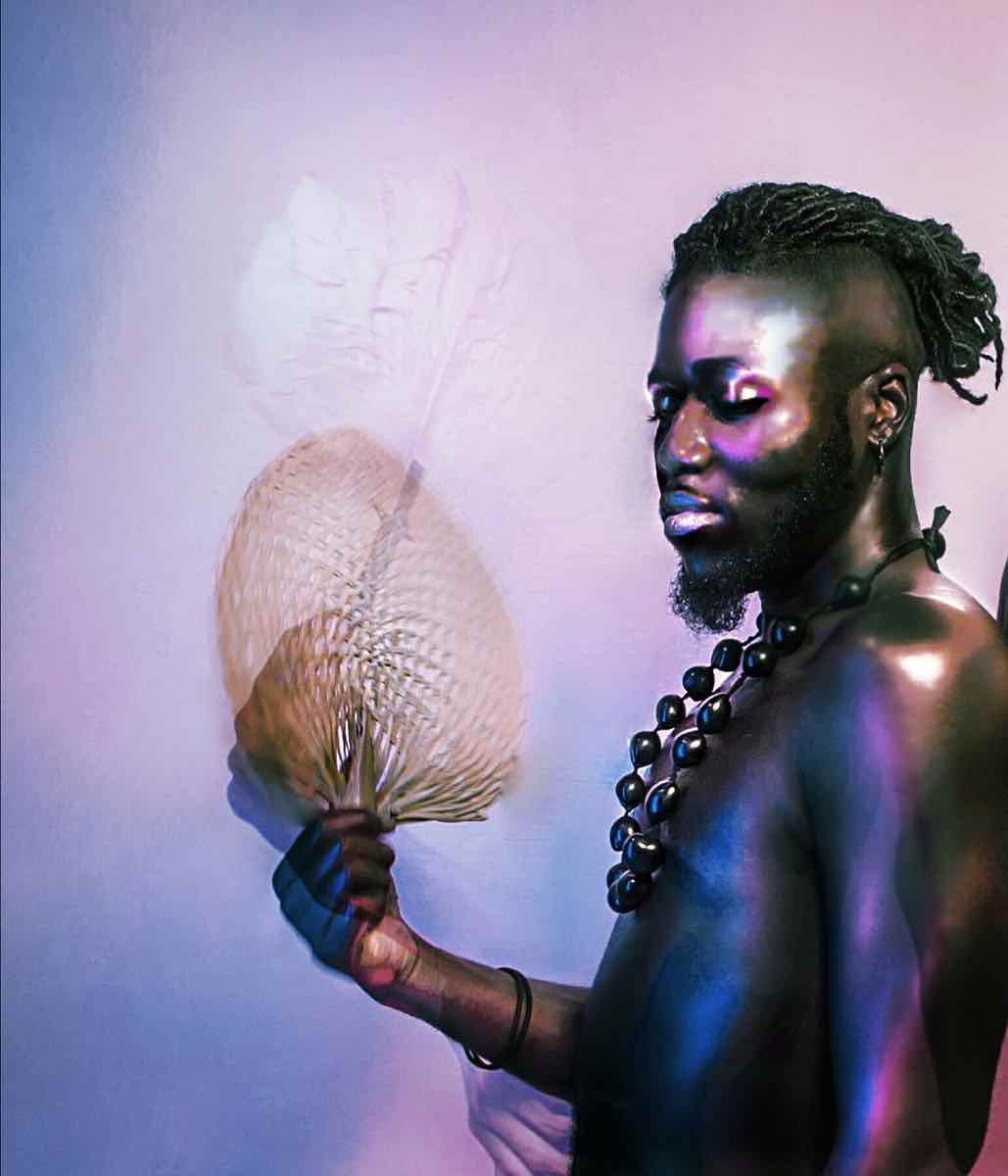 Rozay LaBeija is a ballroom performer & vocal artist who works to bring light to the representation of queer people. Rozay is a member of the Royal House of LaBeija, a prominent vogue family which was founded by the pioneering Crystal LaBeija. In 2016, Rozay released an EP with Celestial Trax called Roaches which serves as an homage to queer people of color. 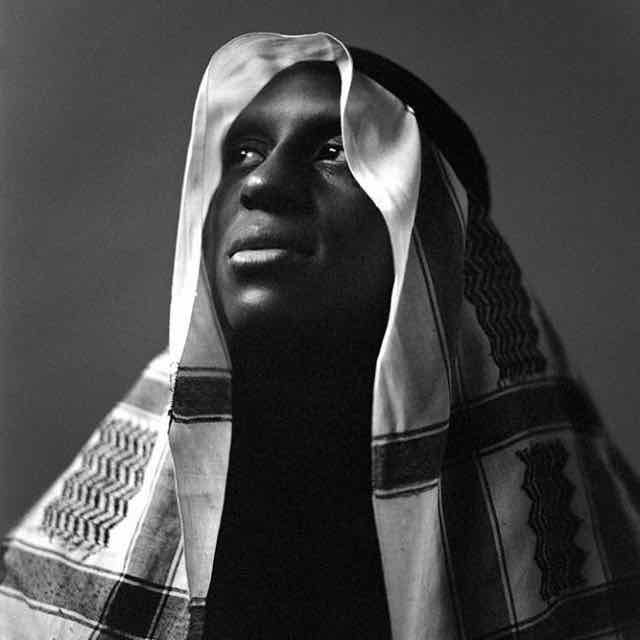 Skyshaker is known as a DJ, composer & recording artist. Skyshaker has also made waves in New York City as a ballroom historian & activist. They are an organizer of Reiout Intergalactic which is a resource directory as well as a music platform for transgender & non-binary artists of color to use so they can move forward in their careers. 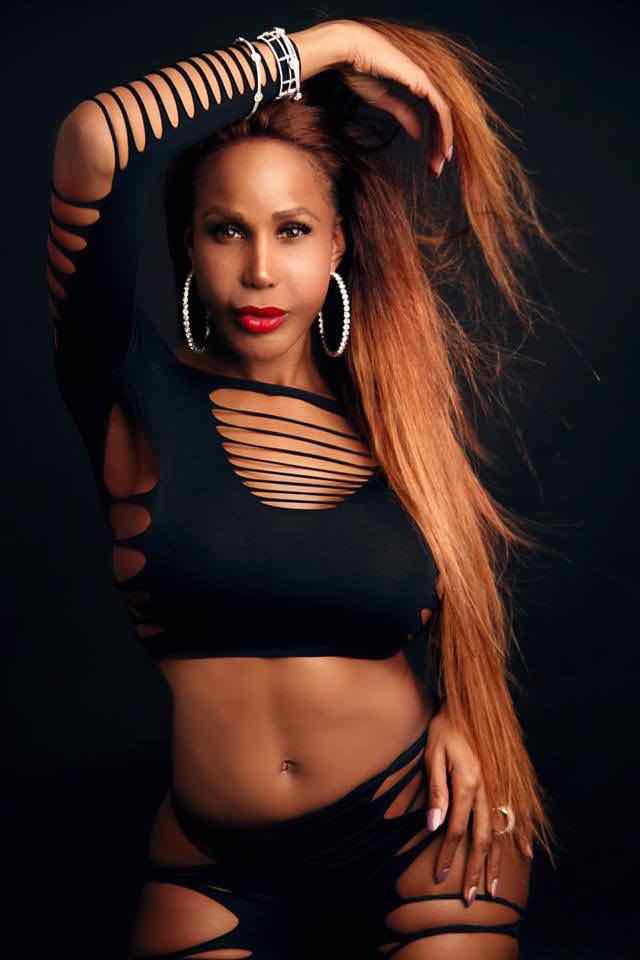 Sinia Braxton is a legendary vogue fem and prominent member of the House of Ebony. Sinia is known for her savage moves on the ballroom floor and has made the move into acting. She’s also known as a spokesmodel for House of Hair, an organization created by activist Micheala Angela Davis as a space for sharing Black stories & culture through the lens of hair. 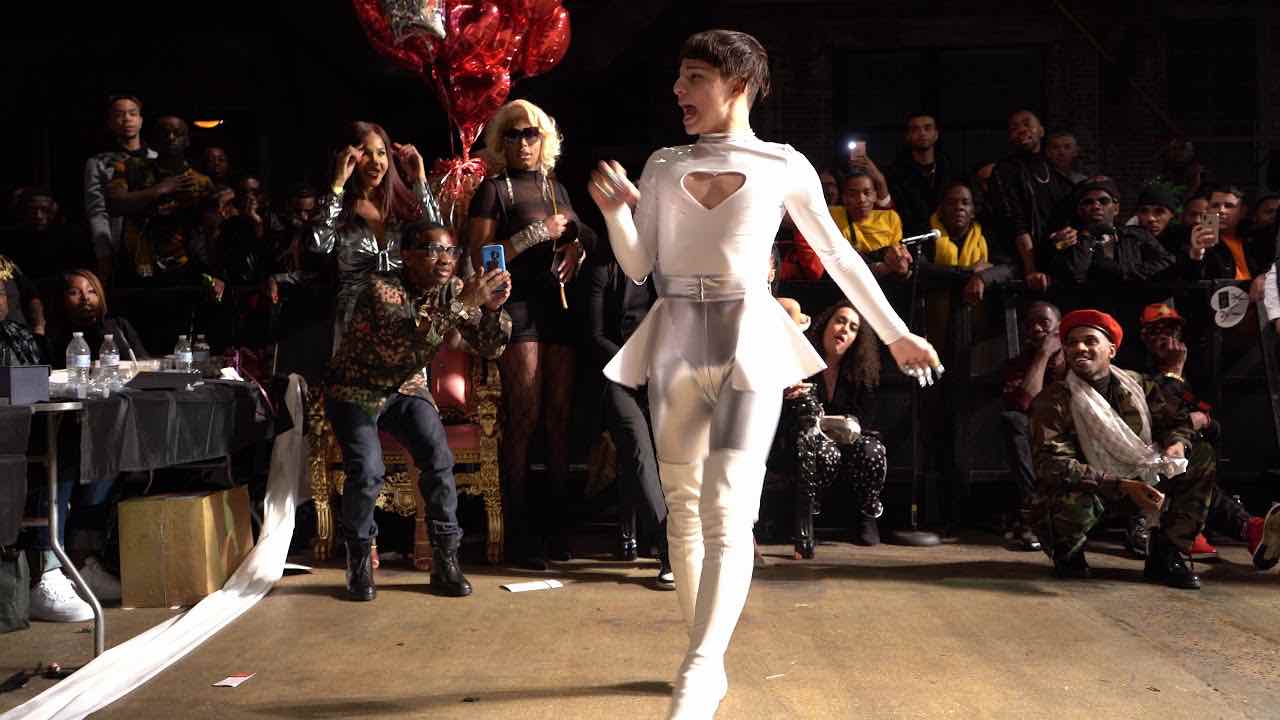 Honey Balenciaga is known as a dancer & movement artist in Brooklyn, New York. He entered the ballroom scene as a teenager, inspired by the dancing he’d seen on film & television. Since his debut, Honey has performed in Susanne Bartsch’s Love Ball III & RuPaul’s Drag Con. 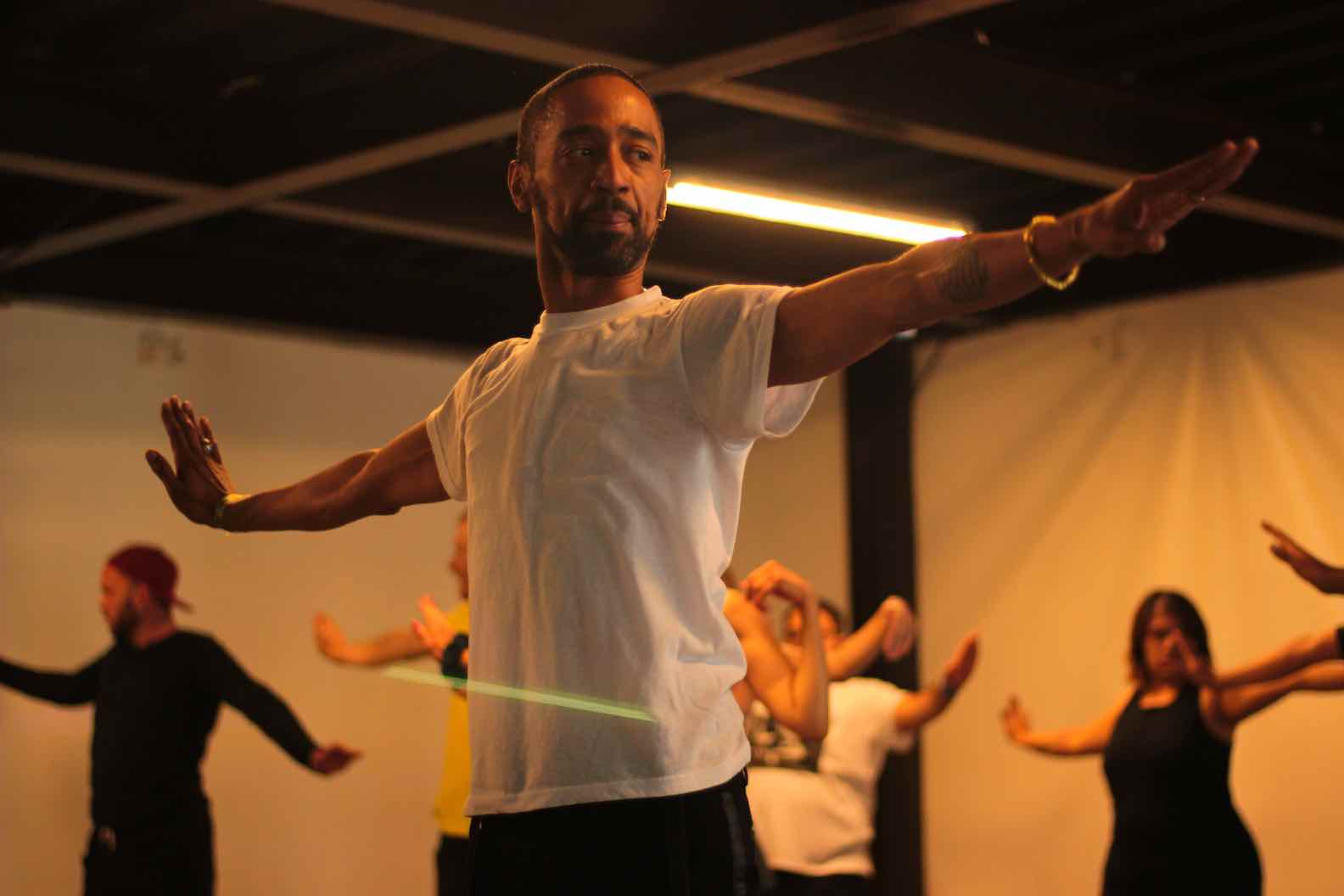 Jose Xtravaganza began his dancing career at seven in ballet class. Jose continued his training at LaGuardia High School of Performing Arts and eventually moved on to the vogue world of dance. While on the New York City ballroom scene, Jose’s dancing ability landed him a featured appearance on Jenny Livingston’s film, Paris is Burning.

Jose impressed superstar Madonna with his work in Paris is Burning and when she invited him to audition for her troupe, Jose beat out 7,000 other dancers and earned his place in Madonna’s Blonde Ambition World Tour. Jose Extravaganza has gone on to work as a choreographer for Aretha Franklin, Tony Benet, and the Rolling Stones and served as a consultant for Pose. 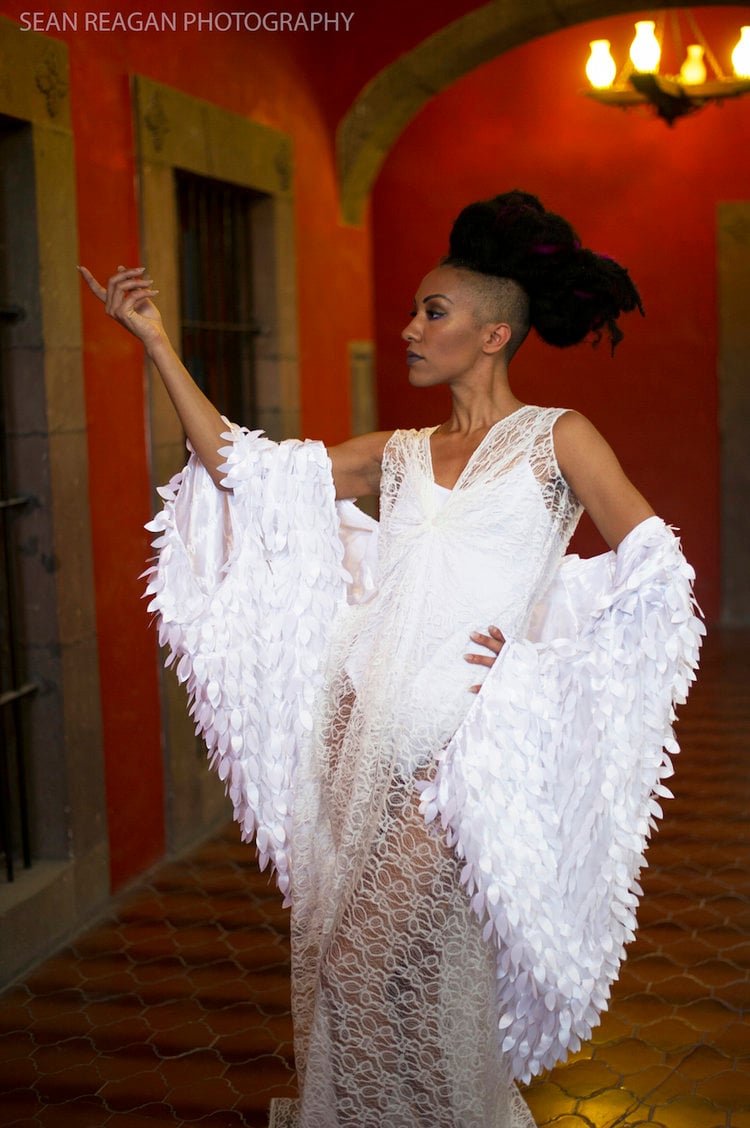 Getting their start in the underground dance scene of Portland, Maine, Aquarius Funkk found their way to Mexico City and became a child of the House of Apocalipstick. But it was an introduction to Skyshaker LaBeija that brought them to NYC and into the Royal House of Labeija. Outside of their performances, Funkk also started the lifestyle brand Get Funkked, which stays true to their AfroRetroFuturistic vision of style and performance. 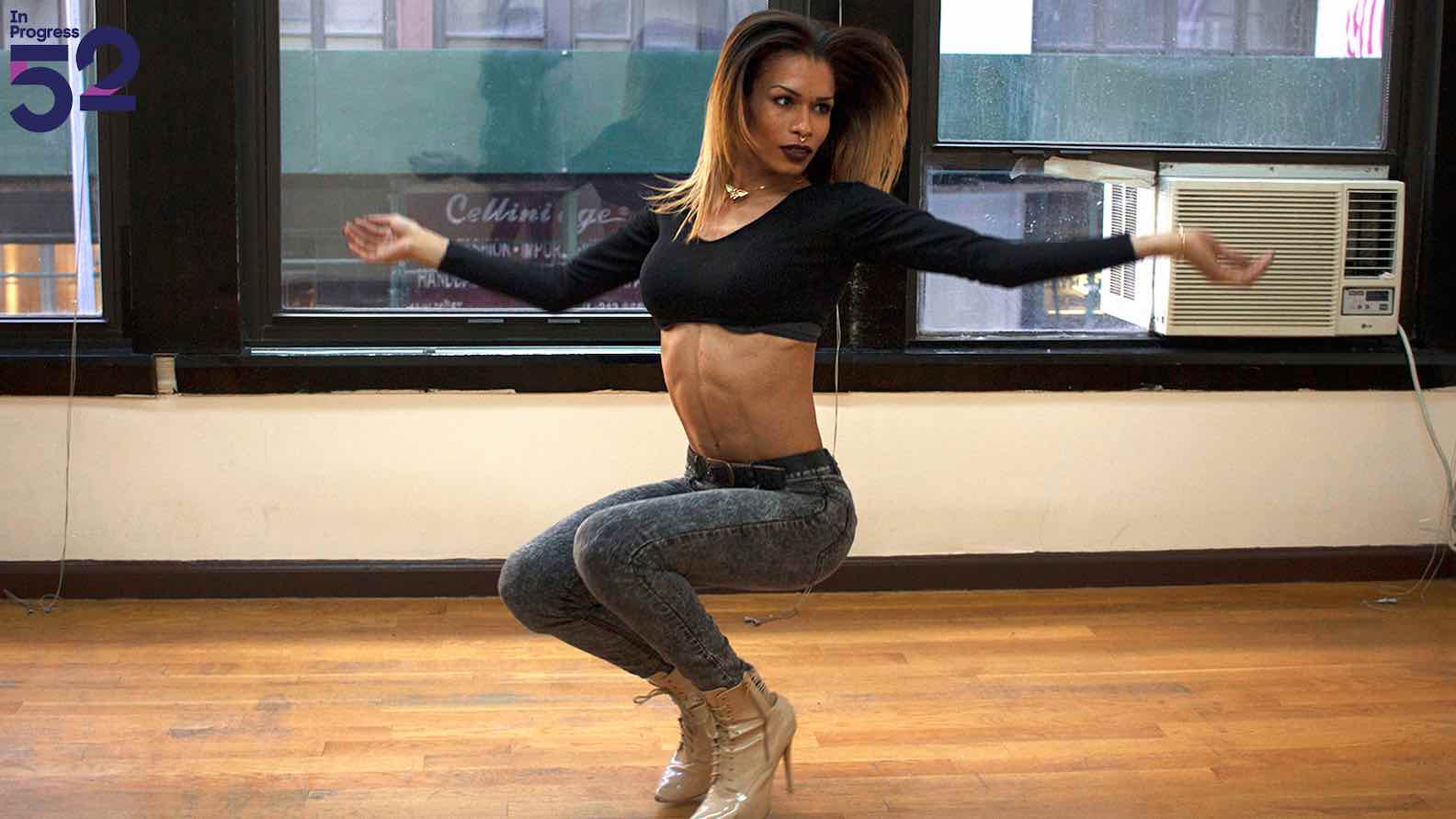 Leiomy Maldonado is known as the “Wonder Woman of Vogue”. The world-renowned vogue dancer is also the matriarch of her family in the House of Amazon. She’s dominated New York’s ballroom scene for over a decade and has become one of the leading faces of voguing, has instructed students in dance around the world, and gained recognition from the fashion & music community.

Maldonado was hired to work on Pose and her influence can be seen from the choreography to small dance cameos. Maldonado is one of Pose‘s cast of trans actresses playing trans roles. 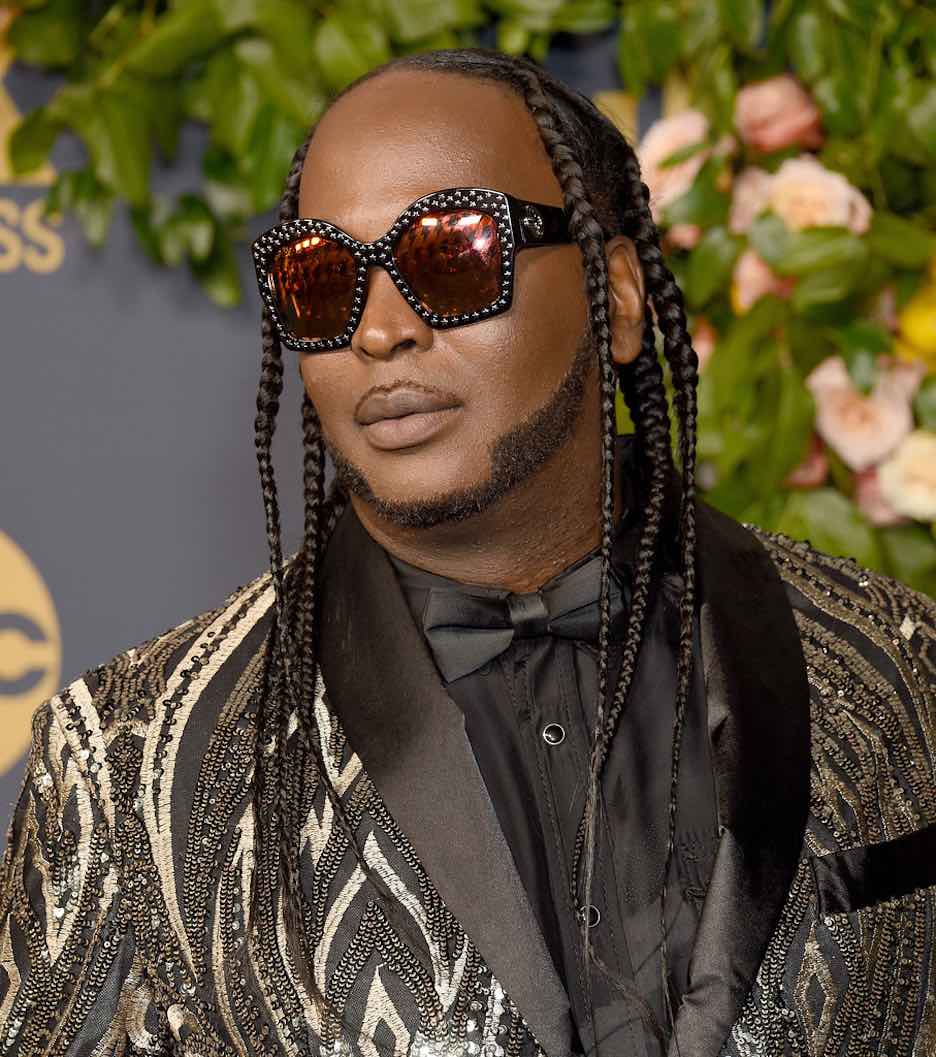 Jack Mizrahi is known as the “voice of the ballroom scene”. He’s been immersed in ballroom culture for twenty-two years and is known for his skill as the Master of Ceremonies around the world. Mizrahi helped found the National Ballroom Awards Ceremony, which is in its 21st year, and established The Ballroom House Hall of Fame.

Mizrahi is an advocate for HIV prevention and created an intervention group known as WIZ Group that he grew using the ballroom scene as a platform. 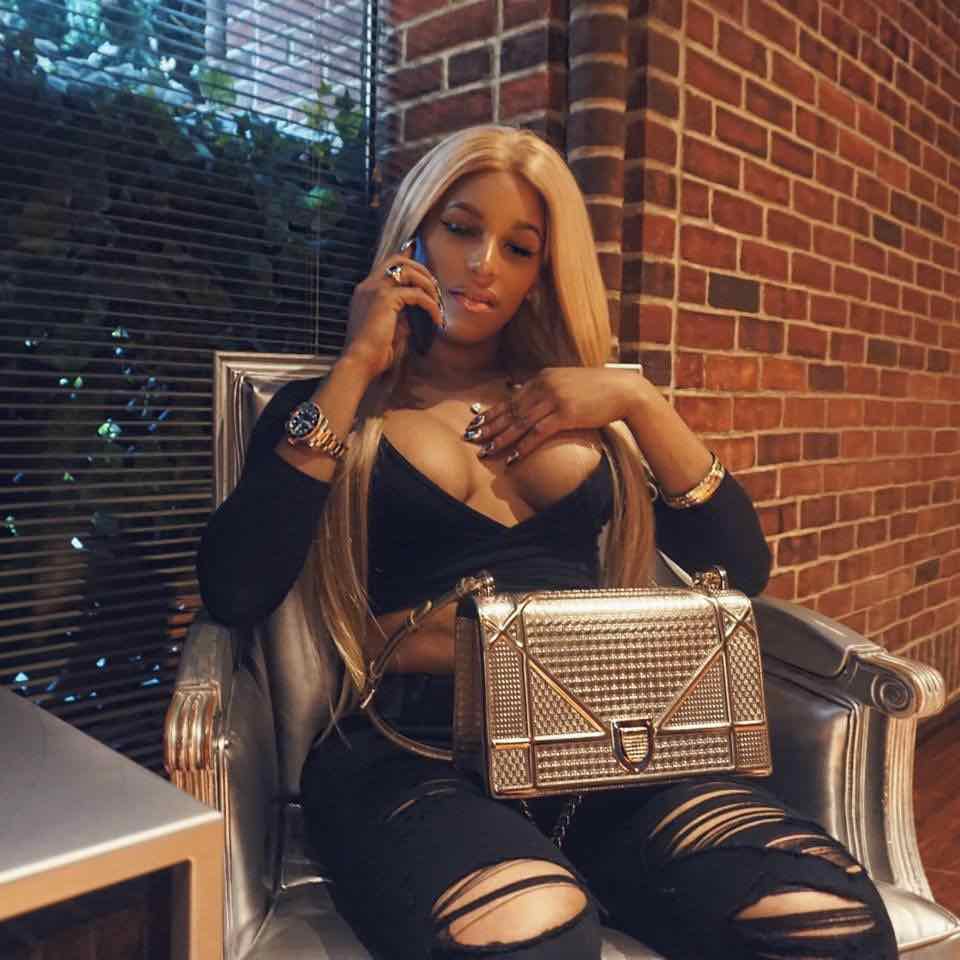 Tati Miyake-Mugler is a legendary vogue fem from the House of Miyake-Mugler. She had the role of Silhouette in Pose. Tati has mentioned that she vogues to inspire the new generation of queer kids as well as to break down barriers in a heteronormative environment.