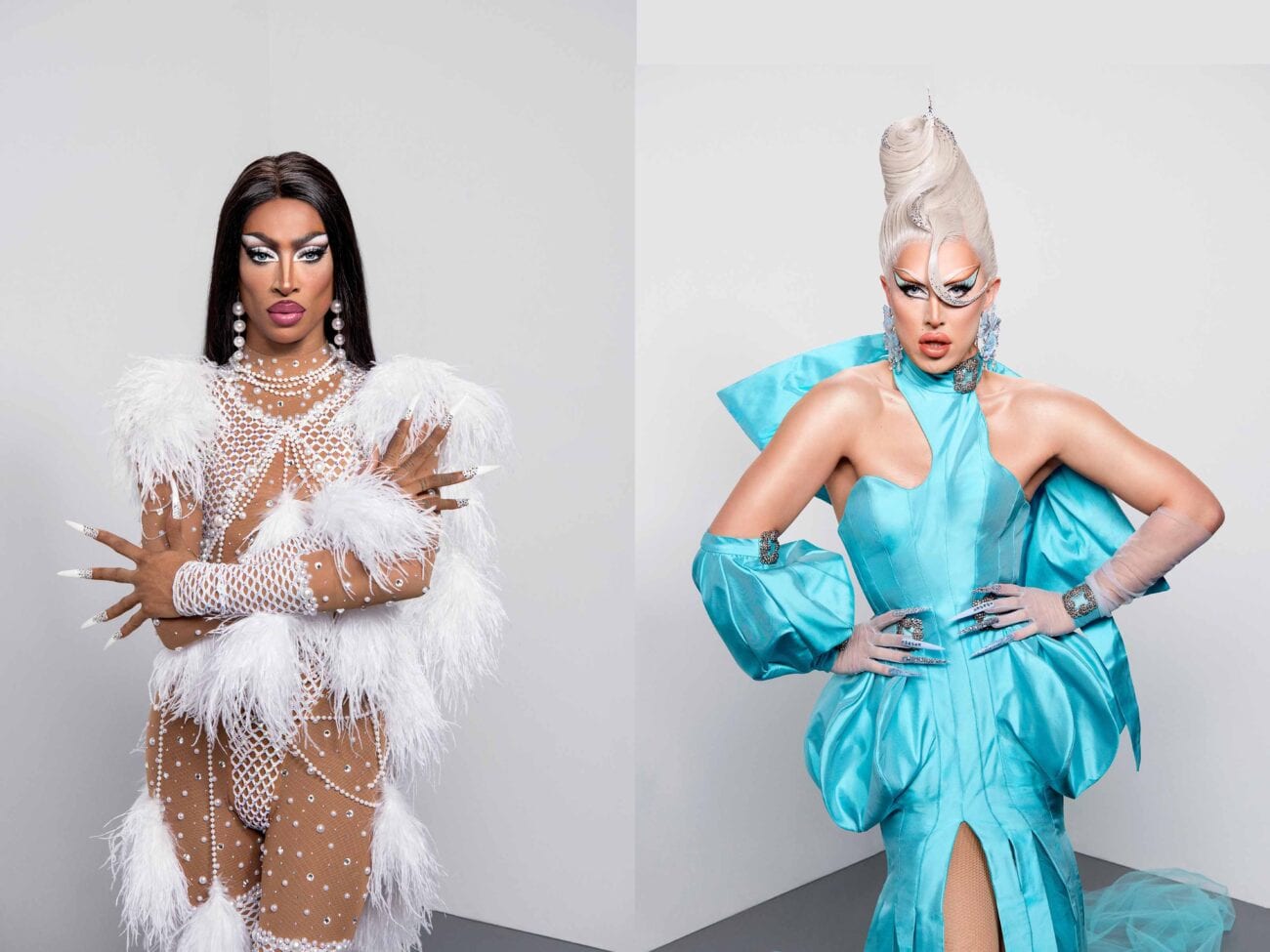 Our Drag Race UK OTP has been broken up, and we don’t want to talk about it. We still can’t believe A’Whota was sent home after lip syncing against her BFF Tayce. Sure, the two did come off as the weakest links in the stand-up maxi challenge, but that’s all Ellie Diamond’s fault.

As we mourn the death of A’Whora & Tayce’s chances of becoming co-queens like we secretly dreamed, we’re reminiscing on their most iconic moments on Drag Race UK. Take a trip down memory lane as we revisit what will go down in herstory as the werkroom’s most legendary duo. 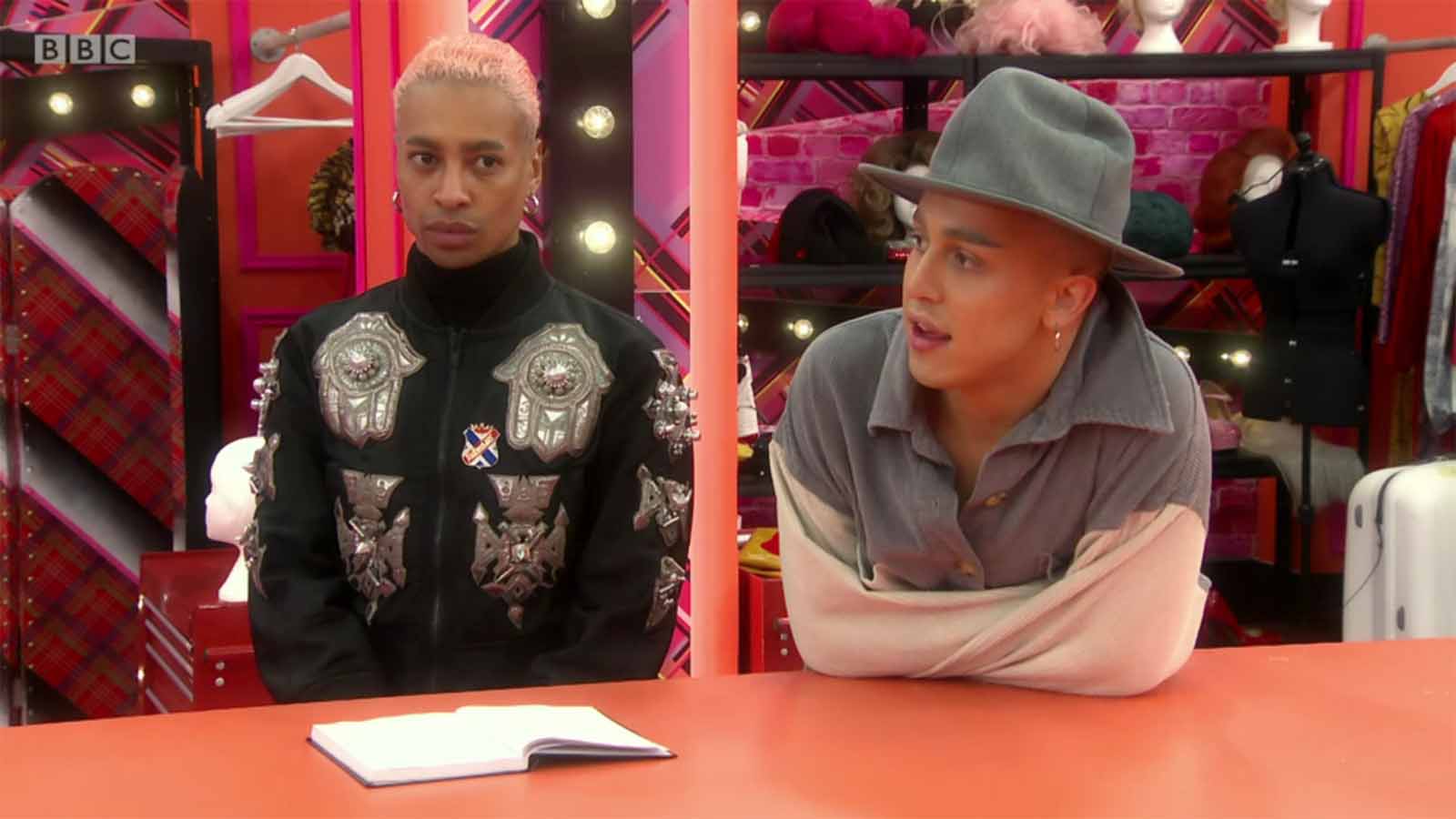 The unspoken sexual tension every episode

Unlike Lawrence Chaney, we’re not assuming Tayce & A’Whora got it on. But with how close the two queens are, the tension was easily palpable. That’s how you know how close the two babes were: you can’t actually tell if they ever hooked up in the past or not. These are the kinds of friendships that have us hooked forever. 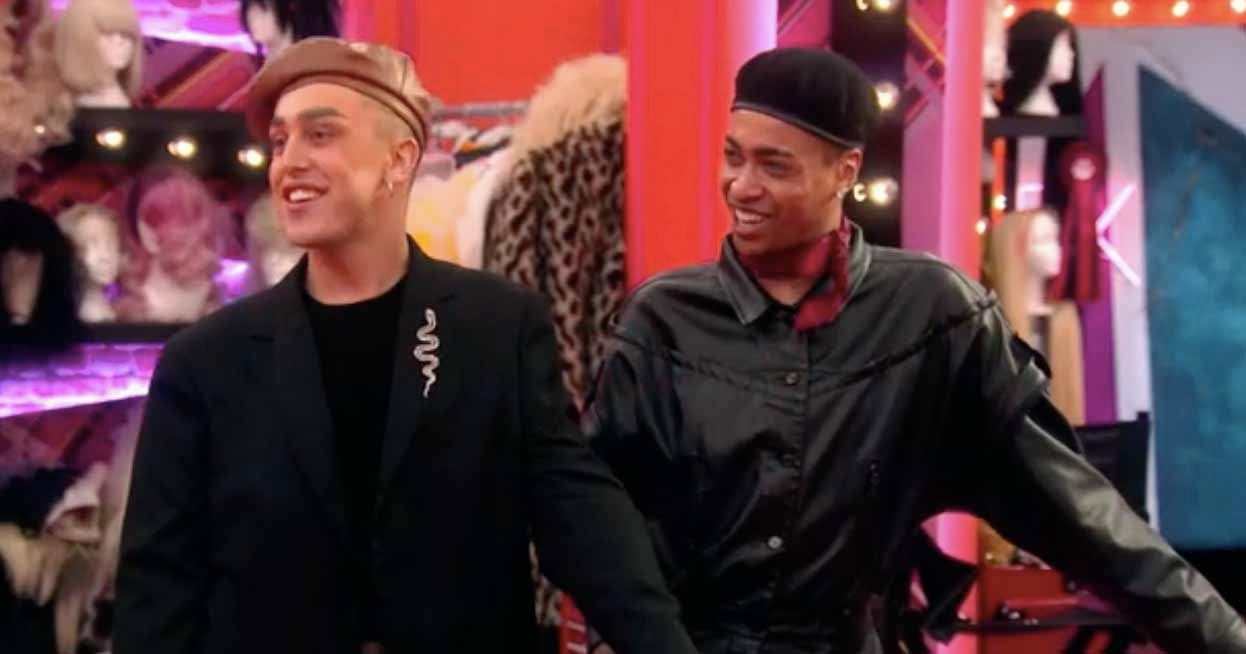 Early on in season two, we had the two queens playing with our emotions. When the mini challenge had the queens voting for each other in a variety of categories, Tayce eventually won the title of Trade Minister. Basically, all the queens said Tayce is the hottest one of them all out of drag.

Later on, A’Whora starts talking about Tayce’s title with her, and admits she voted for Tayce as Trade Minister. Tayce ends up revealing she voted for A’Whora for that role. We get Tayce’s iconic confessional “I know what you’re thinking and it’s not what it seems. We just know each other very… well” because of all this too. 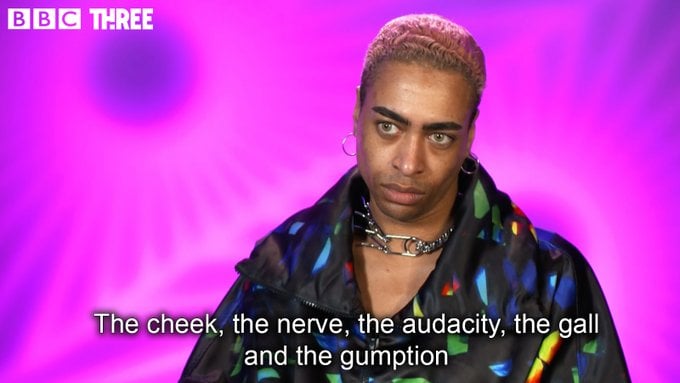 “The cheek, the nerve, the gall, the audacity, and the gumption!”

The actual most iconic confessional from Tayce comes from, yet again, a confessional about the queens spilling tea on Tayce & A’Whora. When Tayce finds out how Lawrence really feels about the two of them, she can’t hold back her surprise, while also throwing a few zingers right back at her.

Why do we bring this up though? Because this iconic confessional also comes from the fashion frenemies episode, where we see Tayce & A’Whora working together like the fashion fiends they are. Even when the two are supposed to be competing against each other, they still can’t let the other one fail. True friendship. 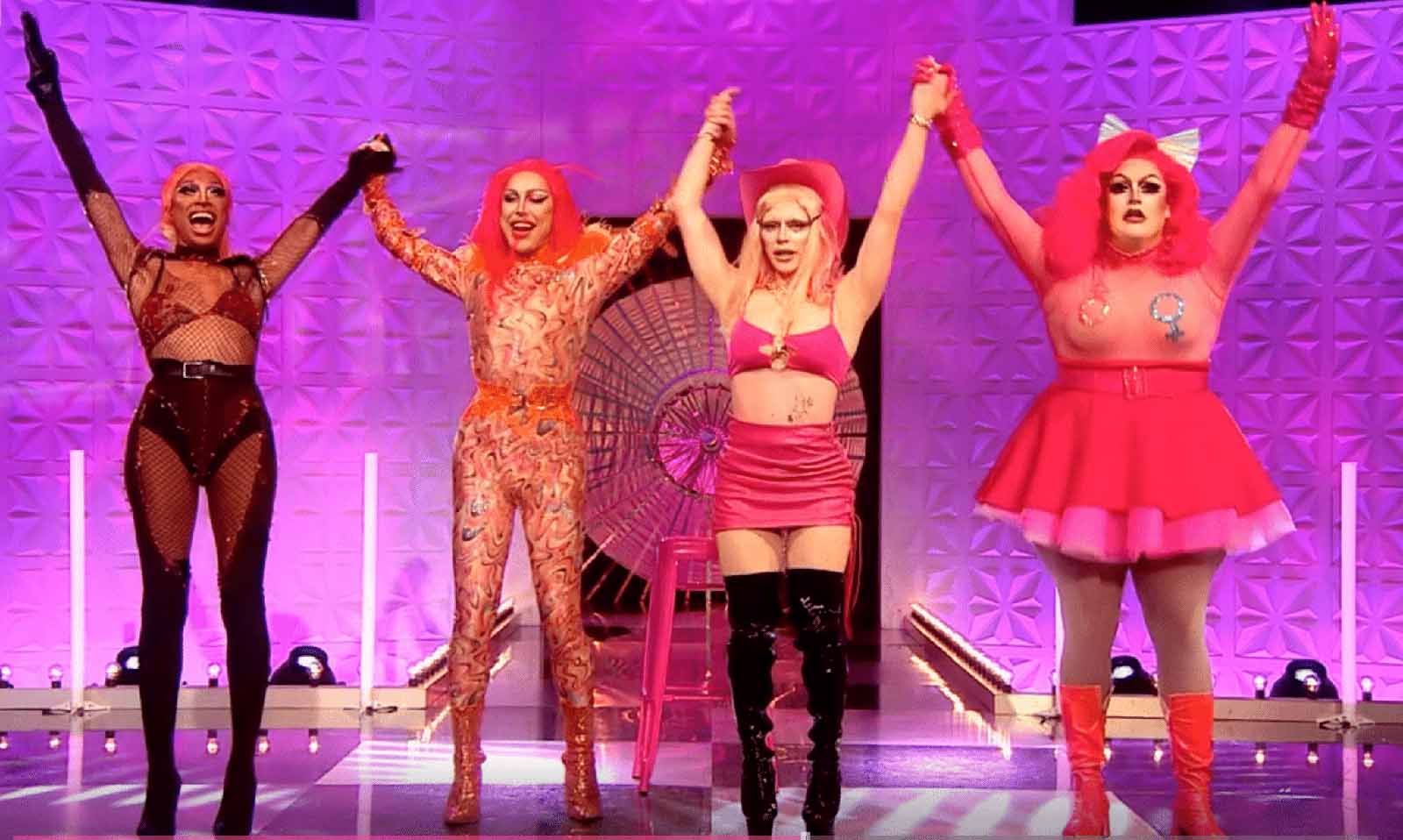 A lip sync for the ages

Even if they were dying while doing it, Tayce & A’Whora easily gave the best lip sync the Drag Race UK stage has seen to date. You can feel the energy both queens are putting out during it, which makes it even more sad when it doesn’t end in a double save.

There’s no doubt in our mind RuPaul also put the two in the bottom for the drama of having them lip sync against each other. She got what she wanted. We just hope it was worth the completely justified ire of the fans. 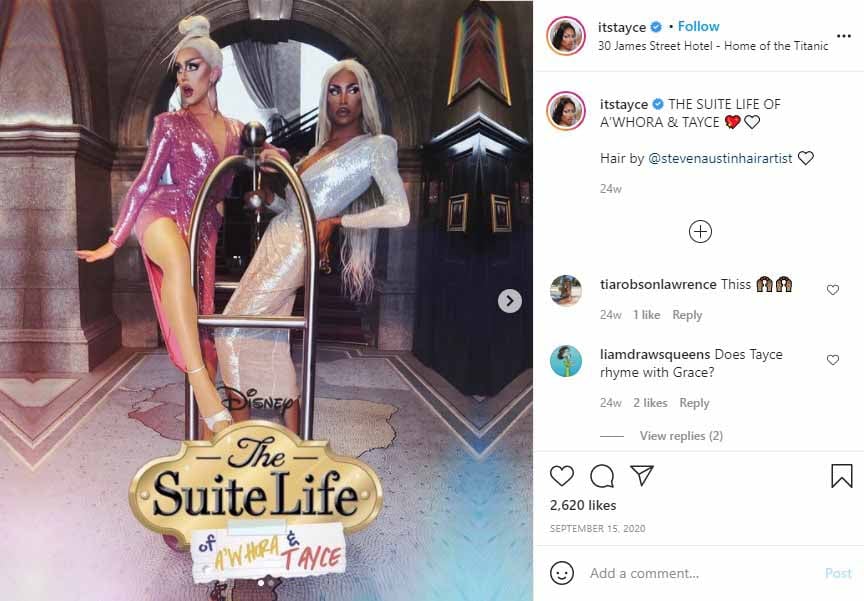 “OMG, they were roommates.”

Let’s stop beating around the bush. The most iconic Tayce & A’Whora moments happened outside the Drag Race UK cameras. During the unintentional seven month break, Tayce & A’Whora went from castmates to roommates in June of 2020. The two were close long before RuPaul picked them for Drag Race UK, so it’s no surprise they felt comfortable enough to live together during a pandemic.

While neither one has posted a ton about their private life, we’ve gotten a huge uptick in iconic photoshoots between the two of them. From their gorgeous Christmas shoot (and hilarious promo for Slag Wars) to a night on the town with Tayce, A’Whora, Seb, and Cara Melle, we’re living for every Instagram post from the two of them. 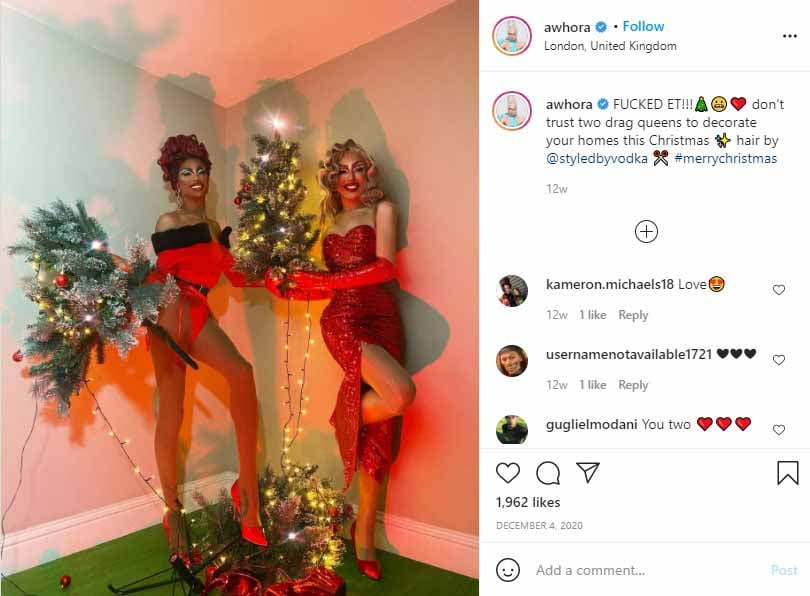 Now, we literally only have their Instagram posts to live for. Ellie Diamond, you will pay for breaking our hearts and forcing our love home.

RuPaul’s Drag Race UK airs Thursdays on BBC Three in the UK and WOWPresents Plus in the U.S. & select territories. 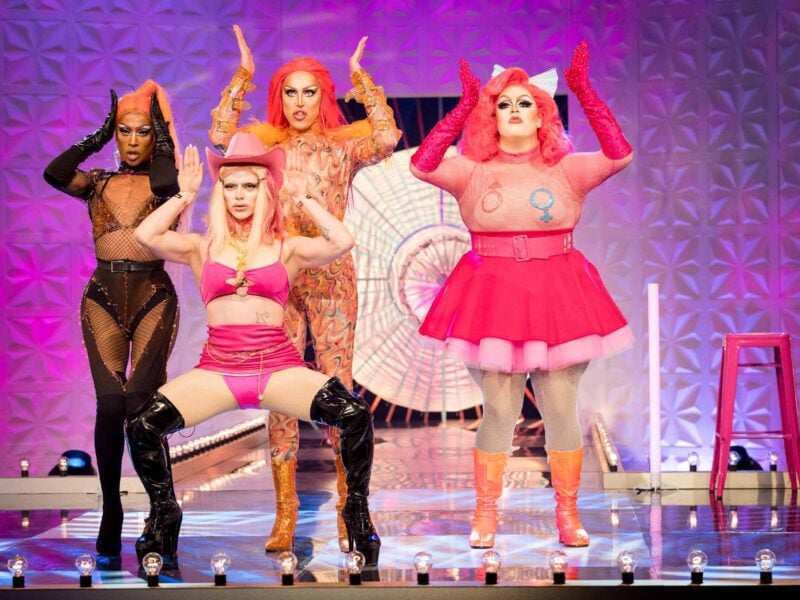