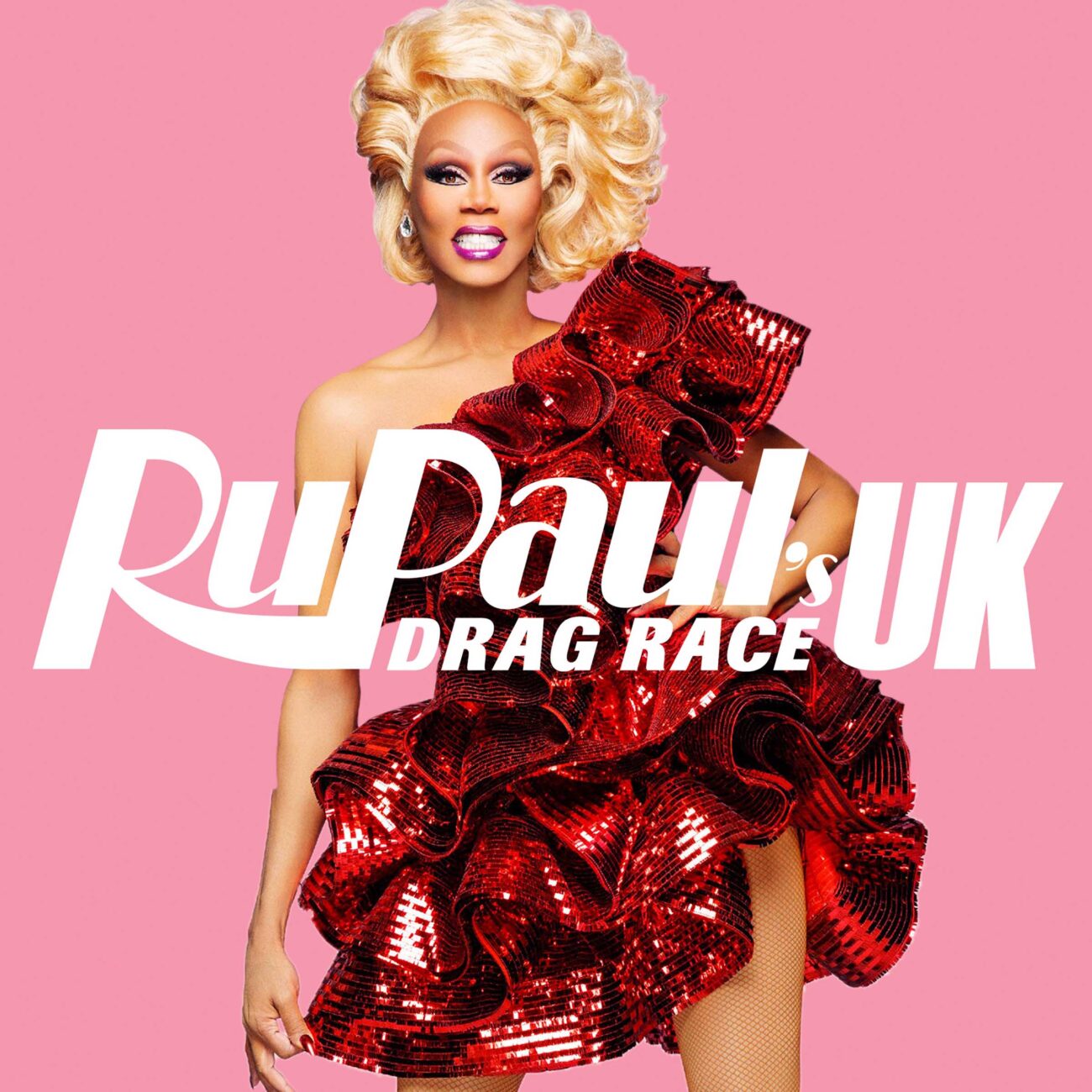 Lockdown heroes: What are the ‘Drag Race UK’ queens fighting against?

God bless RuPaul for giving us the superheroes we really needed. In this week’s maxi challenge on RuPaul’s Drag Race UK, our girls had to unlock their inner superhero using things they could find around the house. We thought there would be more injuries than Tayce’s bloody hand when the girls went searching for material.

While we wouldn’t rely on them to find a cure for COVID, we know these drag heroes will keep us laughing through lockdown. Meet the iconic identities of our queens, and their handy skills to save the world. 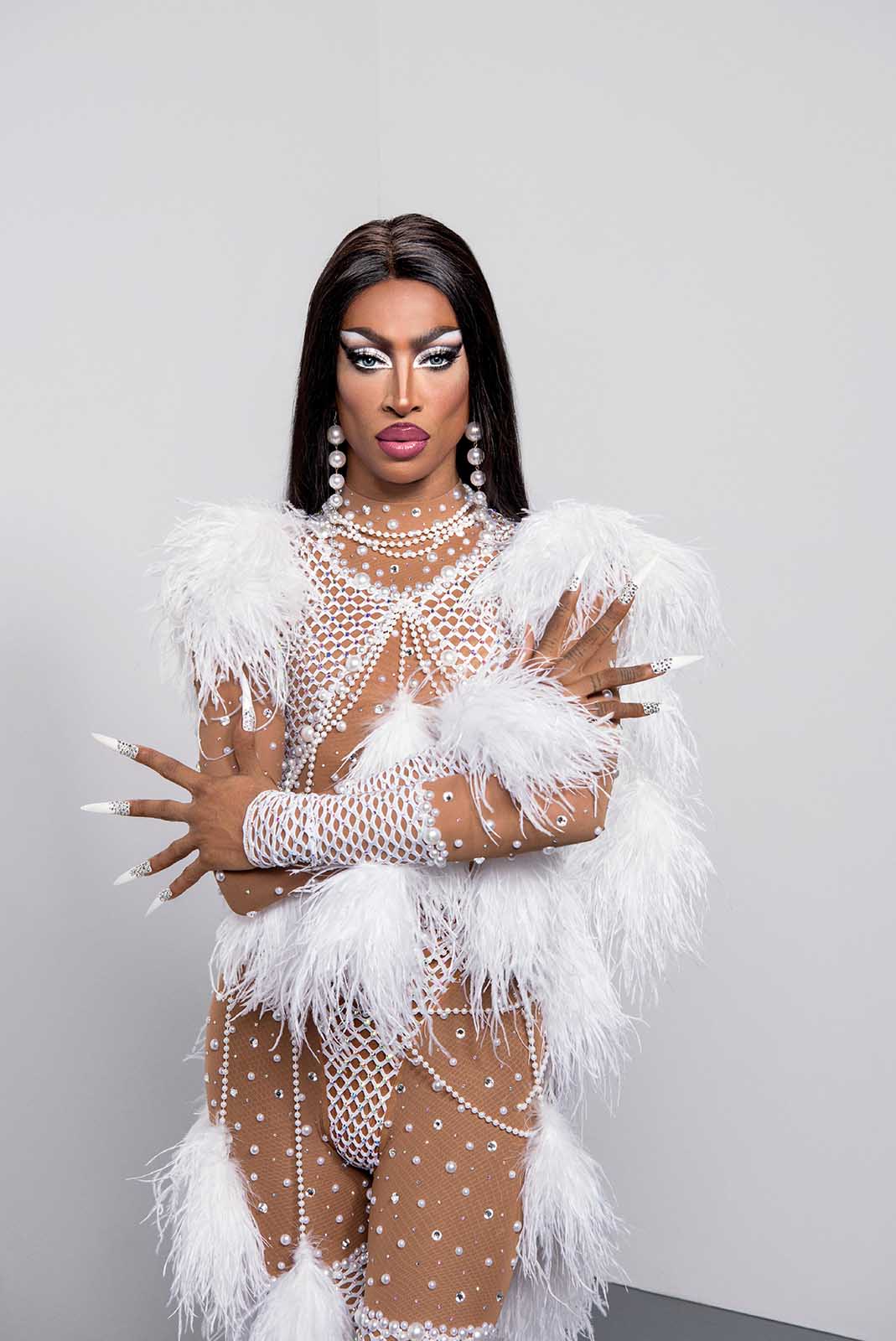 Look, say what you will about the outfit, but Tayce is the hero we want to party with. Literally cutting herself to make this lewk work, Tayce put some effort into the corset and tried to make herself look useful like a steel wool sponge. If only she wasn’t too busy cutting herself to actually complete the rest of the lewk.

You know your steel wool sponge is the key tool to beat any grease, stain, or mess on your dishes, and this sponge is gonna exfoliate COVID from our world. Just, you know, don’t use it on your bare hands like the package says. Tayce, girl, you should’ve known this. 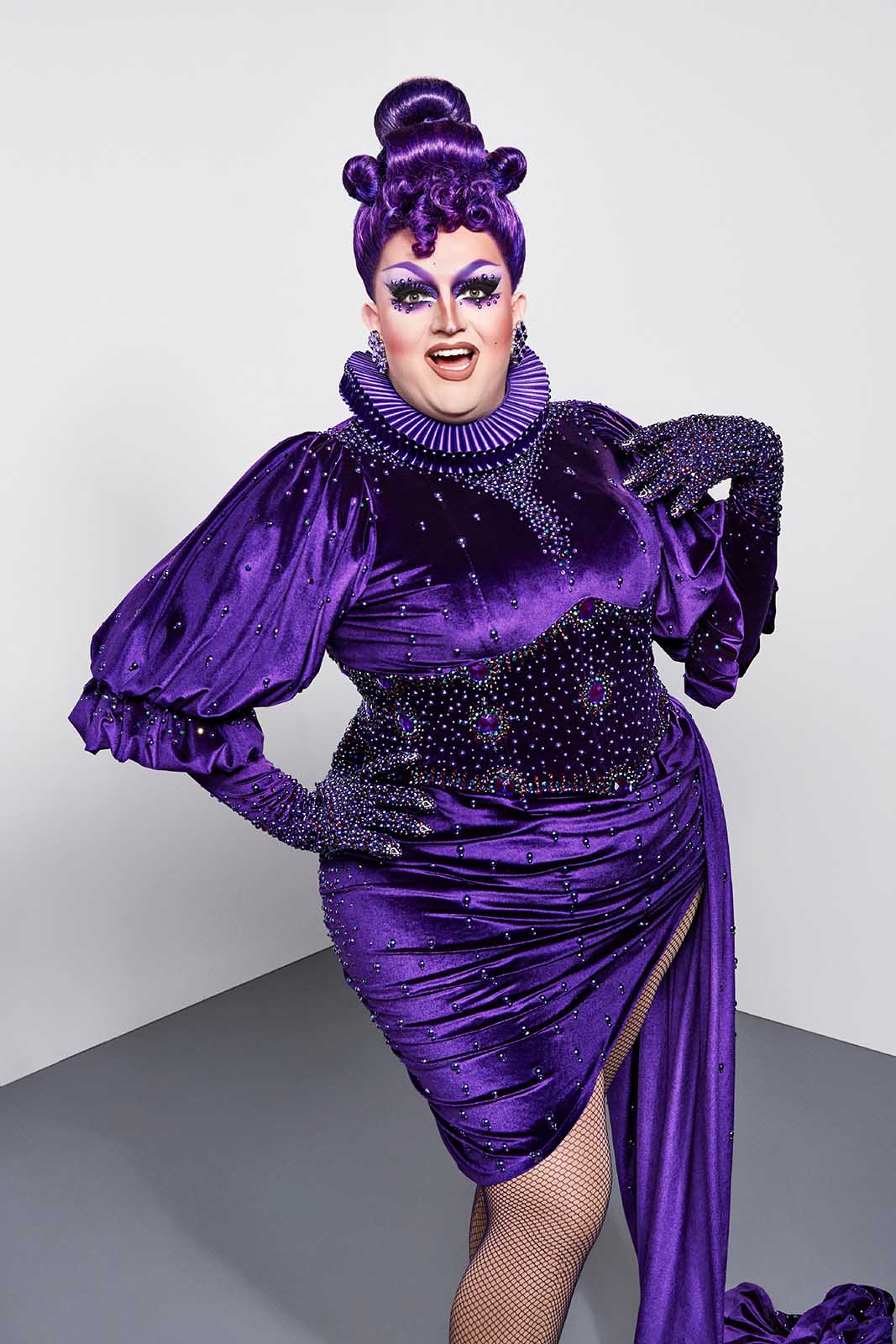 Really, we all needed a laugh during quarantine. There’s a reason we all binged Tiger King, and found ourselves following anyone who was remotely funny on Twitter. Lawrence Chaney knows this, and just like every other challenge on Drag Race UK, she brought her wits & comedic stylings to the superhero lewk.

From looking like an Ikea bag, to forgetting to wipe the ginger pubes off her face, Lawrence of Chania’s lewk screams comedy. But it’s her persona on stage that kept the judges laughing, and is the reason this hero will save the day. Sure, she ain’t curing COVID, but she’s helping treat lockdown depression. 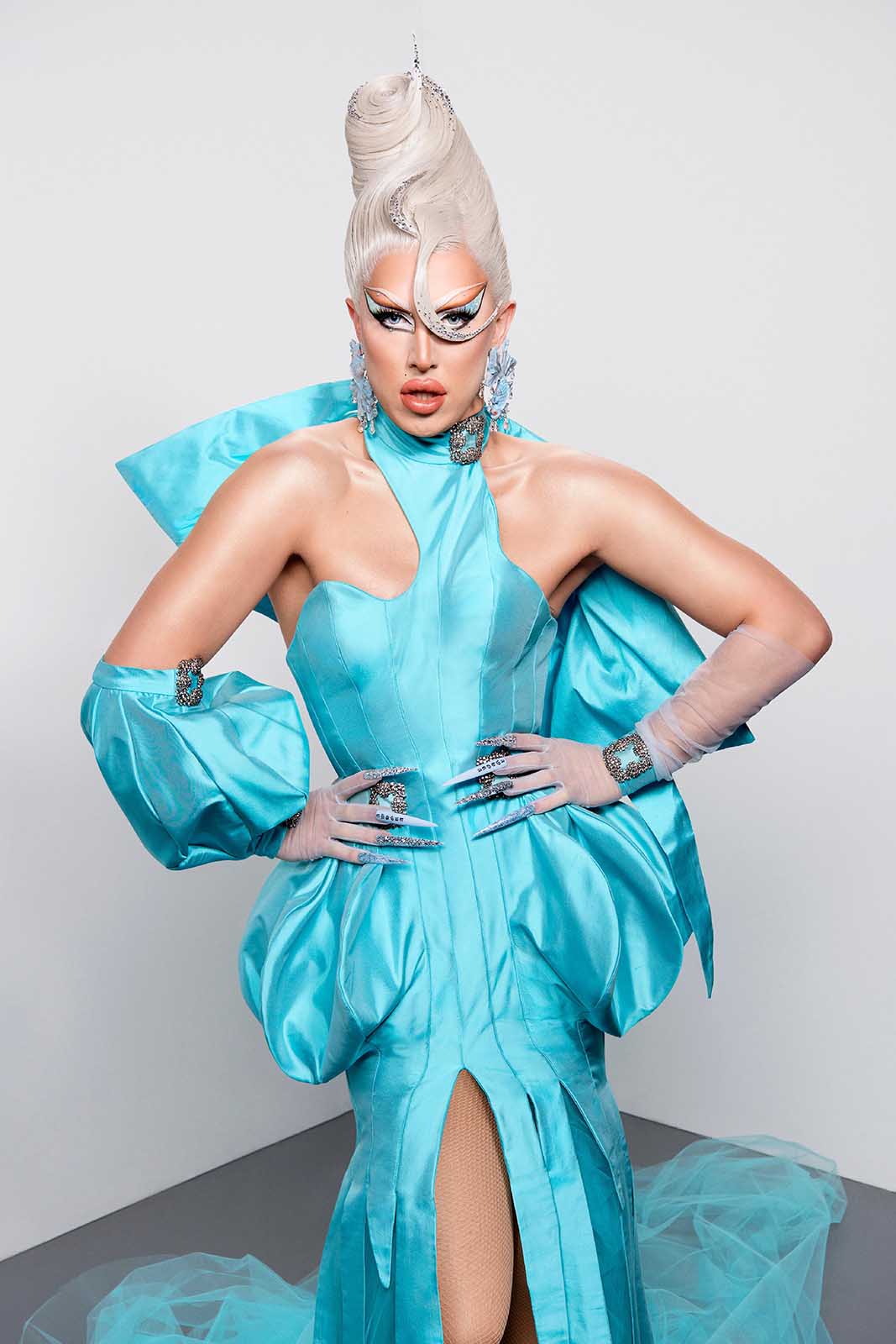 Made of plastic, with some snark towards clapping for the NHS frontline workers, A’Whora easily won this challenge. With just a bit of blue plastic and a light fixture, A’Whora managed to create something you could actually wear on the street without getting laughed at.

Plus, the blue glitter mask painted on A’Whora’s face really just added to the entire character. We can all be safe and fashionable during these difficult times, Karen. 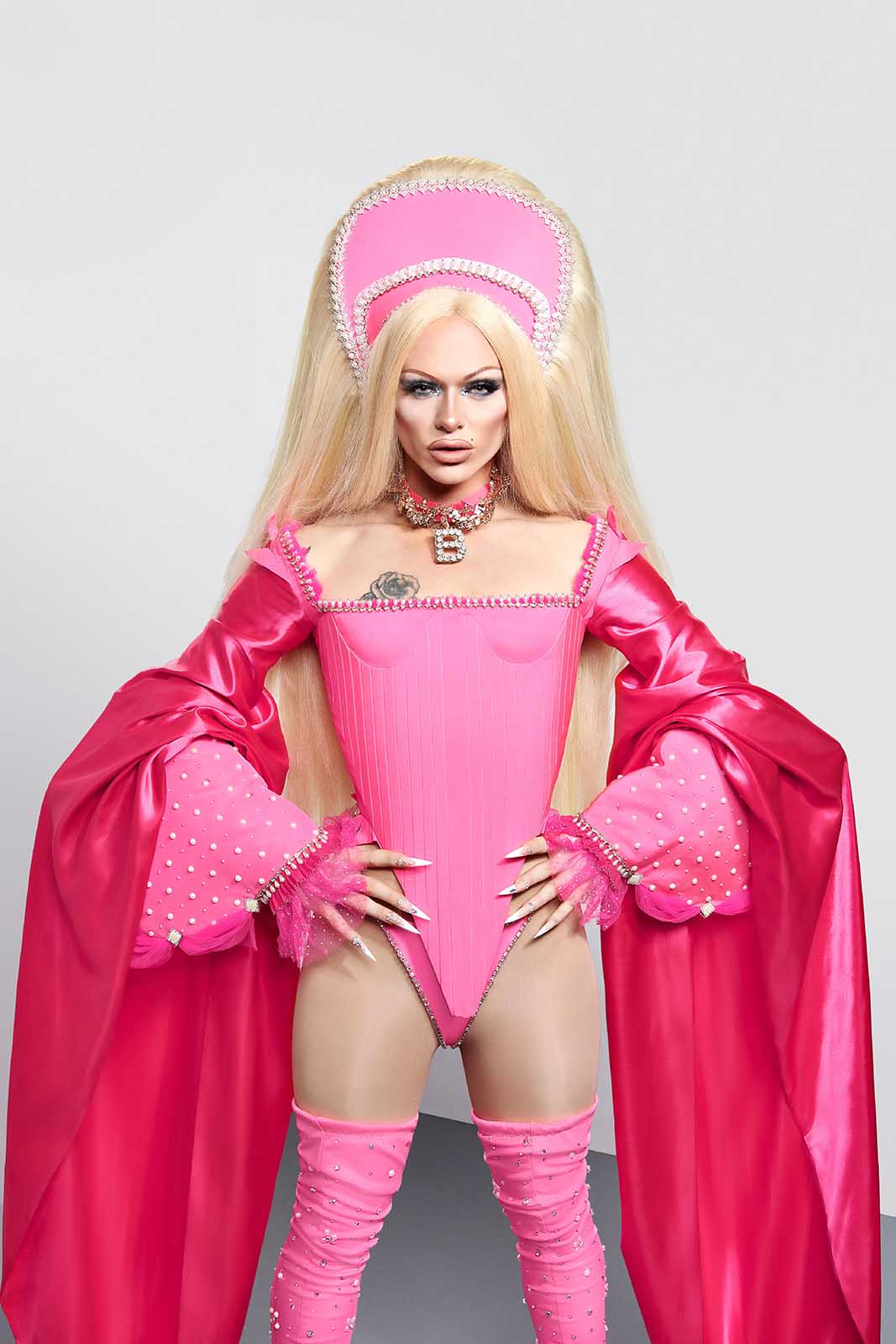 Sure, Bimini was giving Vivian Westwood vibes, but the entire lewk just wasn’t as put together as they tend to be. But let us all say a thank you to that shower curtain so we didn’t get some god awful toilet paper-themed hero from Bimini.

Maybe it’s because of the last minute change, but Bimini’s whole character was weak too. Their enemy being basic b******, really? That’s everyone’s enemy. Altogether, this is far from their worst lewk, we’ve come to expect more for them. 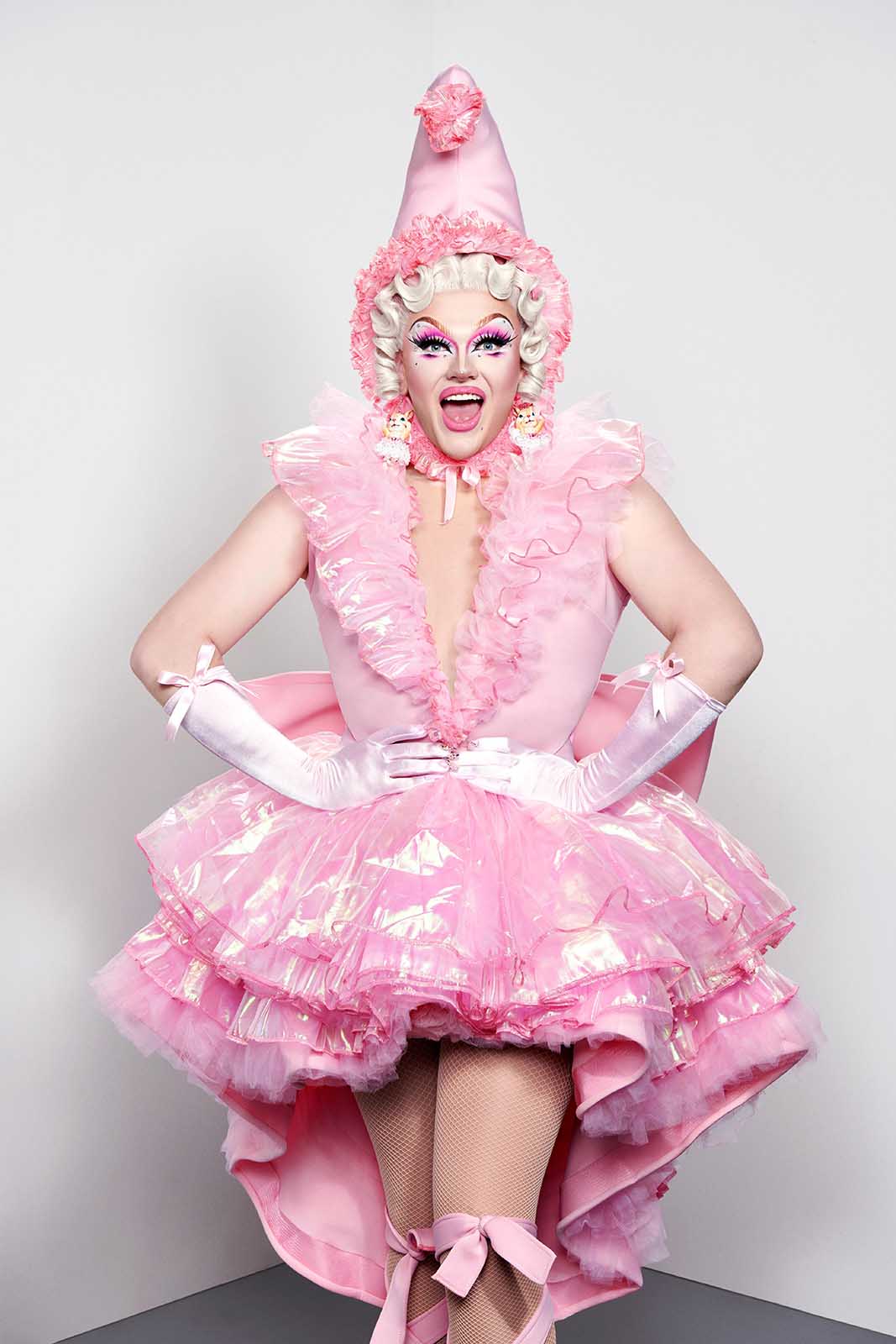 Princess Lolly called, she wants her scepter back.

Seriously, Ellie Diamond looks like she just walked off the board game Candy Land onto the Drag Race UK stage. From the bright, exaggerated colors, to the big purple hair, you can’t help but stare at her. Really the most disappointing thing about her lewk is Ellie is the candy-coated queen. We’ve seen her do stuff like this before.

Nevertheless, the coordination in this outfit is insane. From the pink & purple eyeshadow, to the candy earrings & necklace, Ellie really put the time & effort to make her lewk stand out. She didn’t just bring a snack, she brought the whole damn meal. 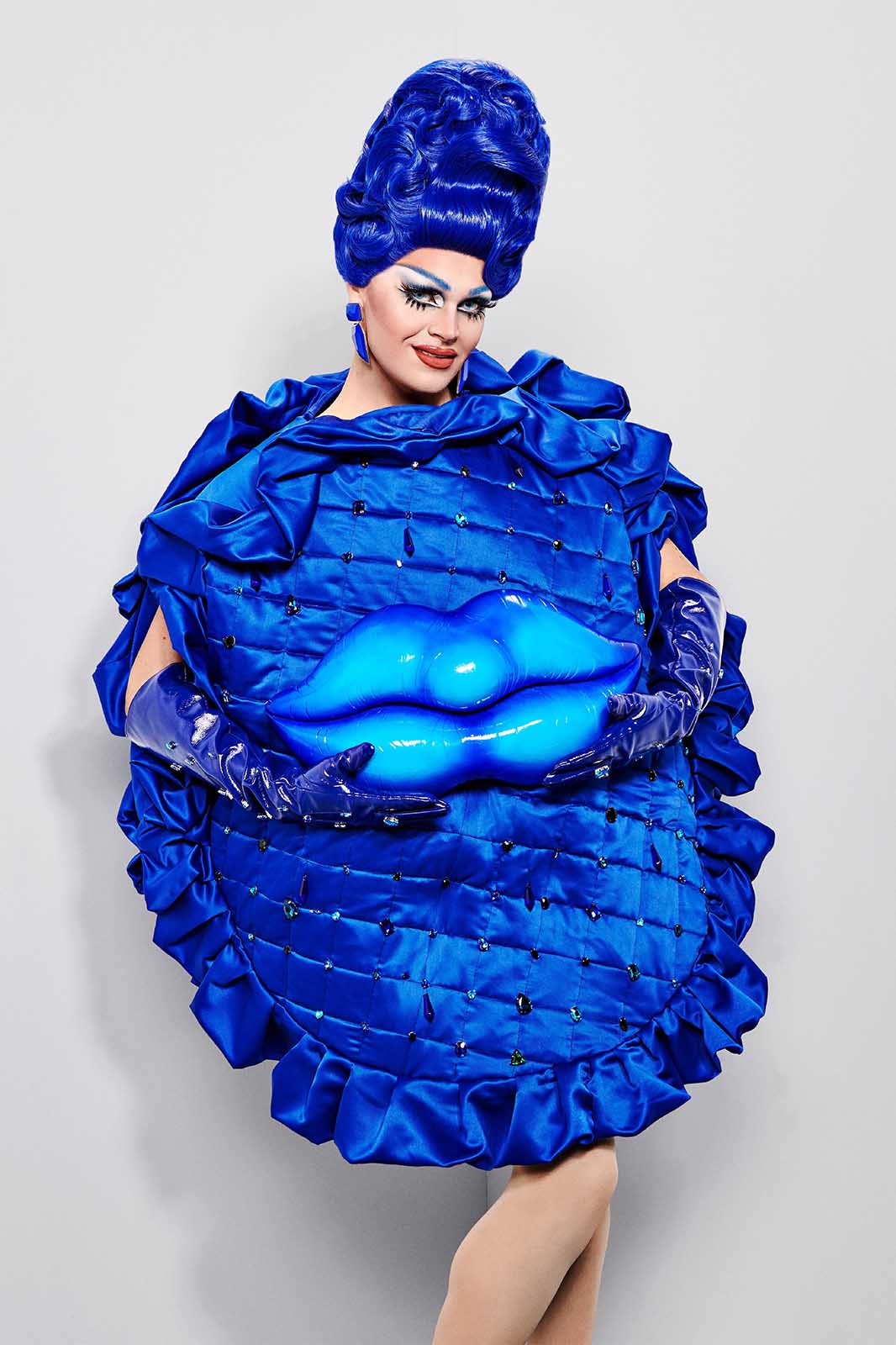 Sister Sister – The Garden of Sh-Eden

A fifteen second headstart should’ve made a difference between her outfit and the rest. Yet Sister Sister decided to be a little too crazy and put everything in her outfit. In a complete opposite turn from Tayce, there’s too much to focus on with her superhero lewk to actually focus on her.

Like the judges said, you lose Sister’s face in the lewk because there’s just so much to look at. It’s a shame too, because it’s clear Sister Sister had a great idea of focusing on a green thumb-theme. Better in theory, we guess.

RuPaul’s Drag Race UK airs Thursdays on BBC Three in the UK and on WOWPresents Plus in the U.S. & other select territories.