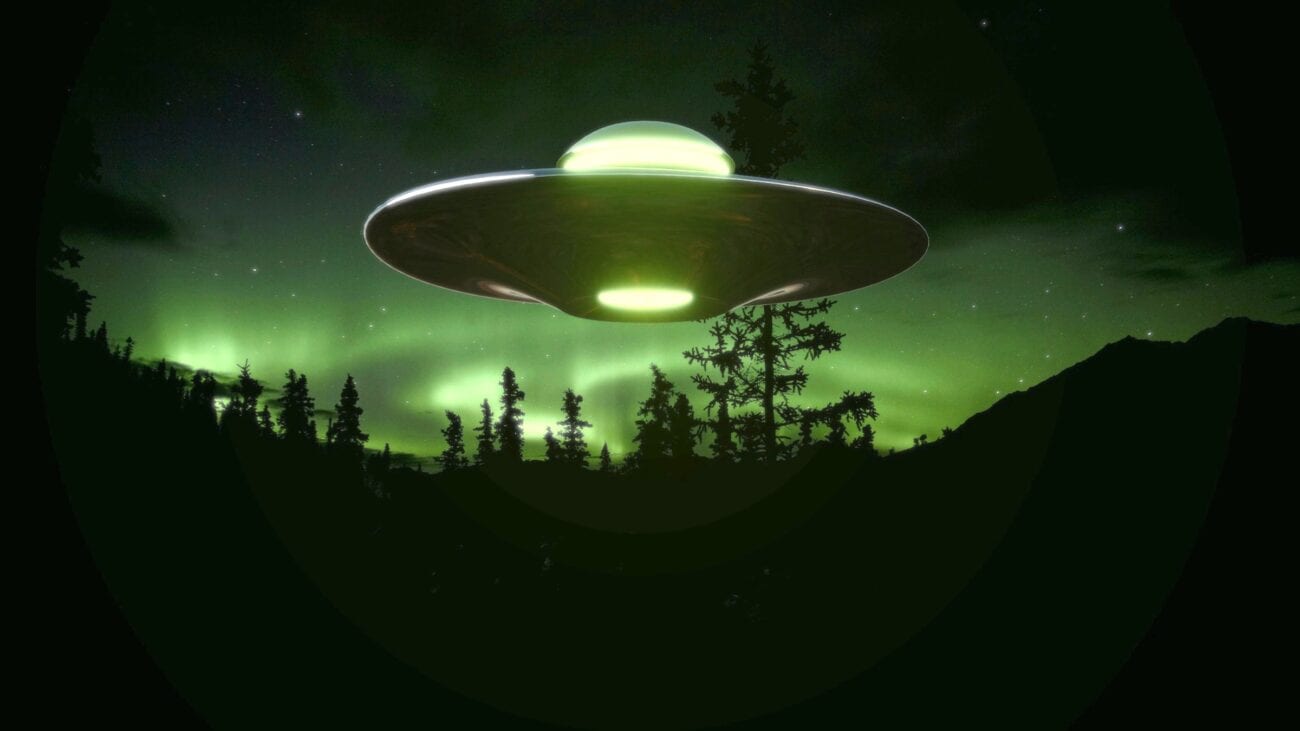 Did we just get pics of an alien base in Canada? What we know

Aliens are here and they’re living in Canada! At least that’s what some people in Calgary think.

UFO pics and a YouTube video showed orange lights in the sky over Calgary, Alberta. Calgary residents were stunned to see strange lights acting erratically in the night’s sky. The bright objects appeared to dance & flicker before seeming to vanish. Eyewitnesses claim the lights were there for at least fifteen minutes, with some believing they were extraterrestrial in origin. 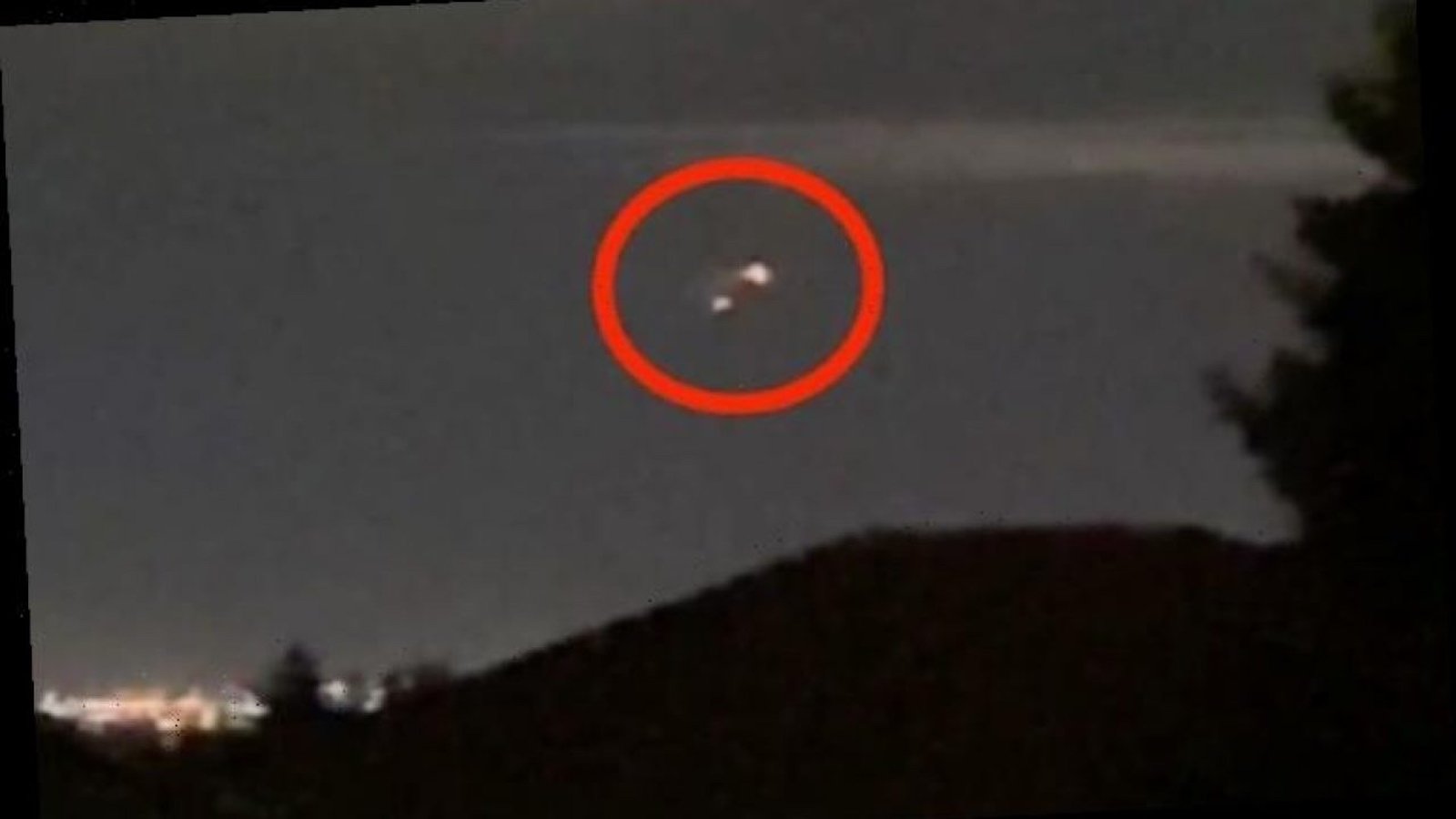 One unnamed witness reported the sighting to the UFO investigation network MUFON. The Mutual UFO Network (MUFON) is a U.S.-based nonprofit organization of civilian volunteers who study reported UFO sightings. It’s one of the oldest and largest organizations of its kind, claiming more than 4,000 members worldwide, with chapters & representatives in more than forty-three countries and all fifty states.

“At 1:15 am my wife & I witnessed a bank of lights in the northeast sky from our bedroom,” said the witness. “The lights were in [the] shape of a bow or boomerang. They were hovering under the clouds about thirty km from my location.

“The lights started to change shape, grouping together and fazing [sic] out,” he added. “They would return a few minutes later and do similar actions for a few more minutes. Total duration was fifteen – seventeen minutes. We took multiple videos & pictures.” 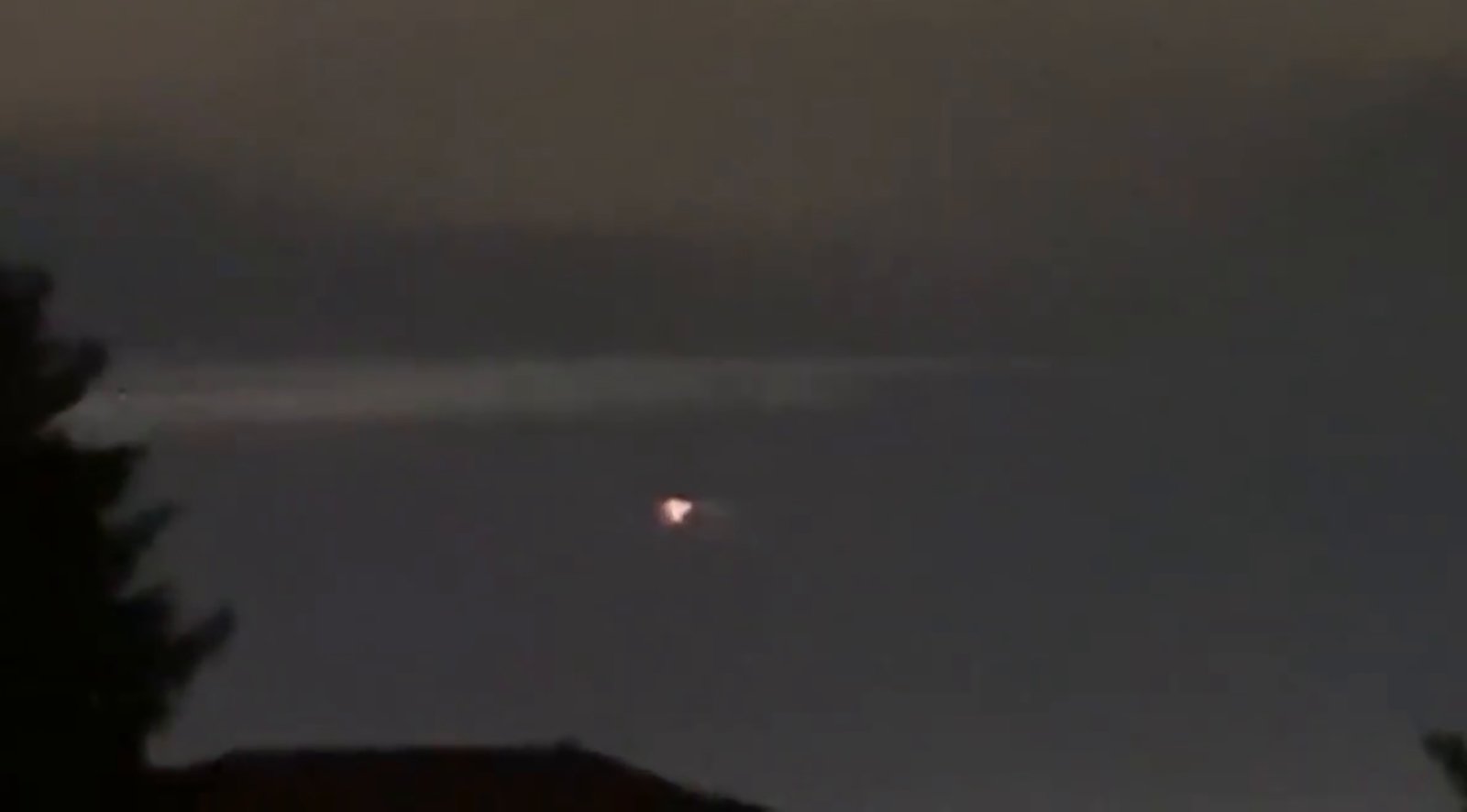 Prominent alien hunter Scott C. Waring saw the eyewitness report, and let his imagination run wild. Waring believes the sighting is conclusive proof of aliens and that extraterrestrials even have a base beneath the city. Waring wrote on UFO Sightings Daily, “This video is a bit grainy and shot on an older phone, but it still tells us a lot.”

“First off it is changing shape, from a boomerang shape to a round shape,” observed Waring of the UFO pics, “from several objects to a single large object. Also since it was taken at 1:15 am, any chance of it being a sunset is gone. When I enlarge the screenshots of the UFOs, I see the craft itself is made from a brown metal, which if lit up, could appear orange from a long distance.”

“This is not one craft, but two or more,” concluded Waring. “I really wish the guy caught footage of them going up or disappearing.” 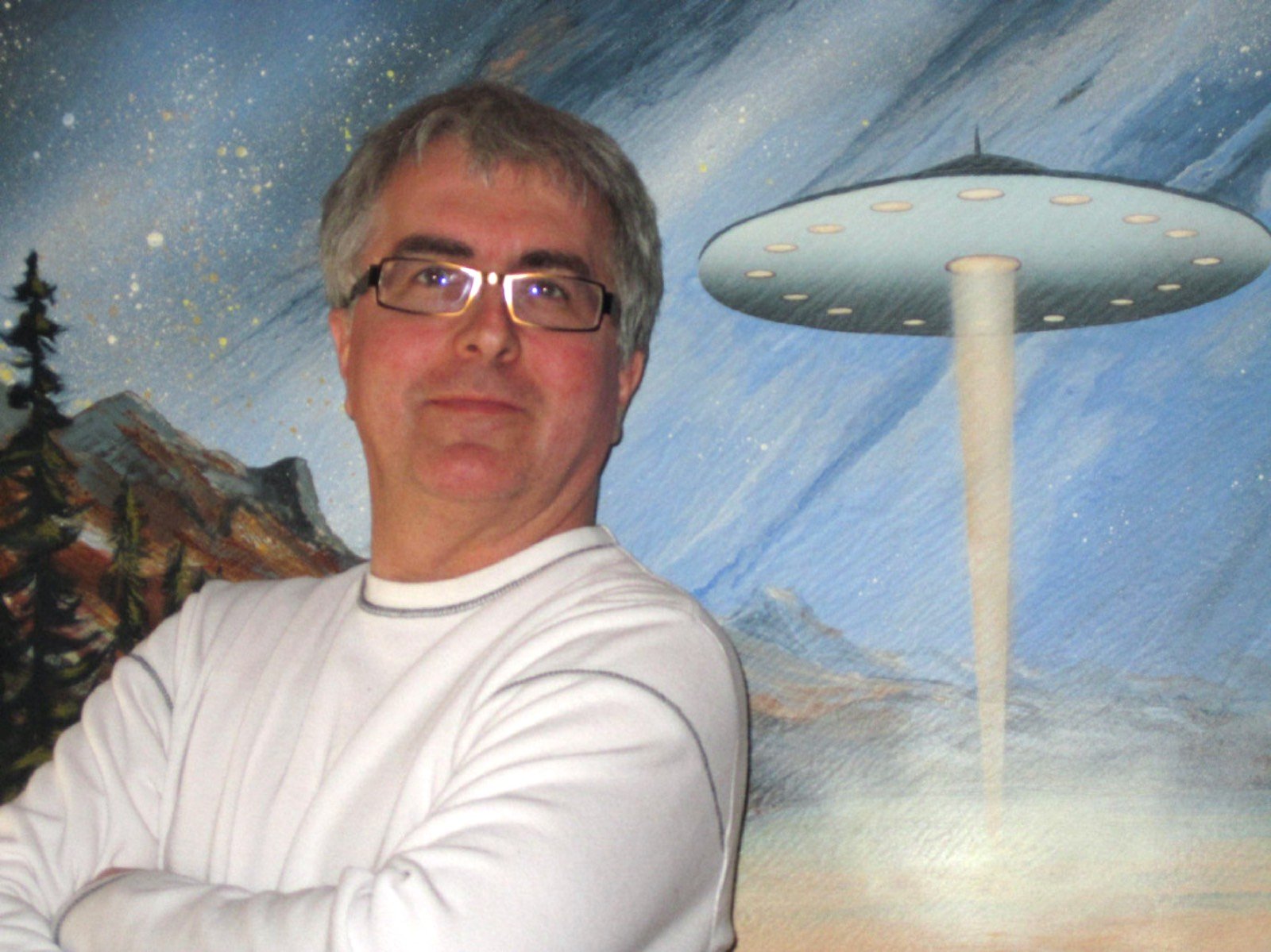 UFO sightings in Canada hit a ten-year low in 2019, but the effects of the COVID-19 pandemic, and exciting new celestial phenomena lead experts to suspect numbers and candid pics will take off this year. Since 1989, Winnipeg-based Ufology Research has compiled sightings of unexplained flying objects. Last year, there were 849 UFO sightings in Canada.

“Most of the cases that we receive are things like airplanes & planets & stars or, perhaps, a fireball or a satellite,” said Canadian UFO Survey research coordinator Chris Rutkowski. Despite declining numbers over the years, 2020 has proven different. Rutkowski said in the first six months of this year, there was a thirty to fifty percent increase in sightings & UFO pics.

Rutkowski said for the most part UFO pics & sightings are explainable, but every so often one comes along that makes people scratch their heads. “Most cases are just ordinary mistakes, misidentifications, but there are some cases every year, in fact last year, there was about three percent that remained unexplained, that didn’t seem to be airplanes, stars, fireballs, all those types of things,” he said. 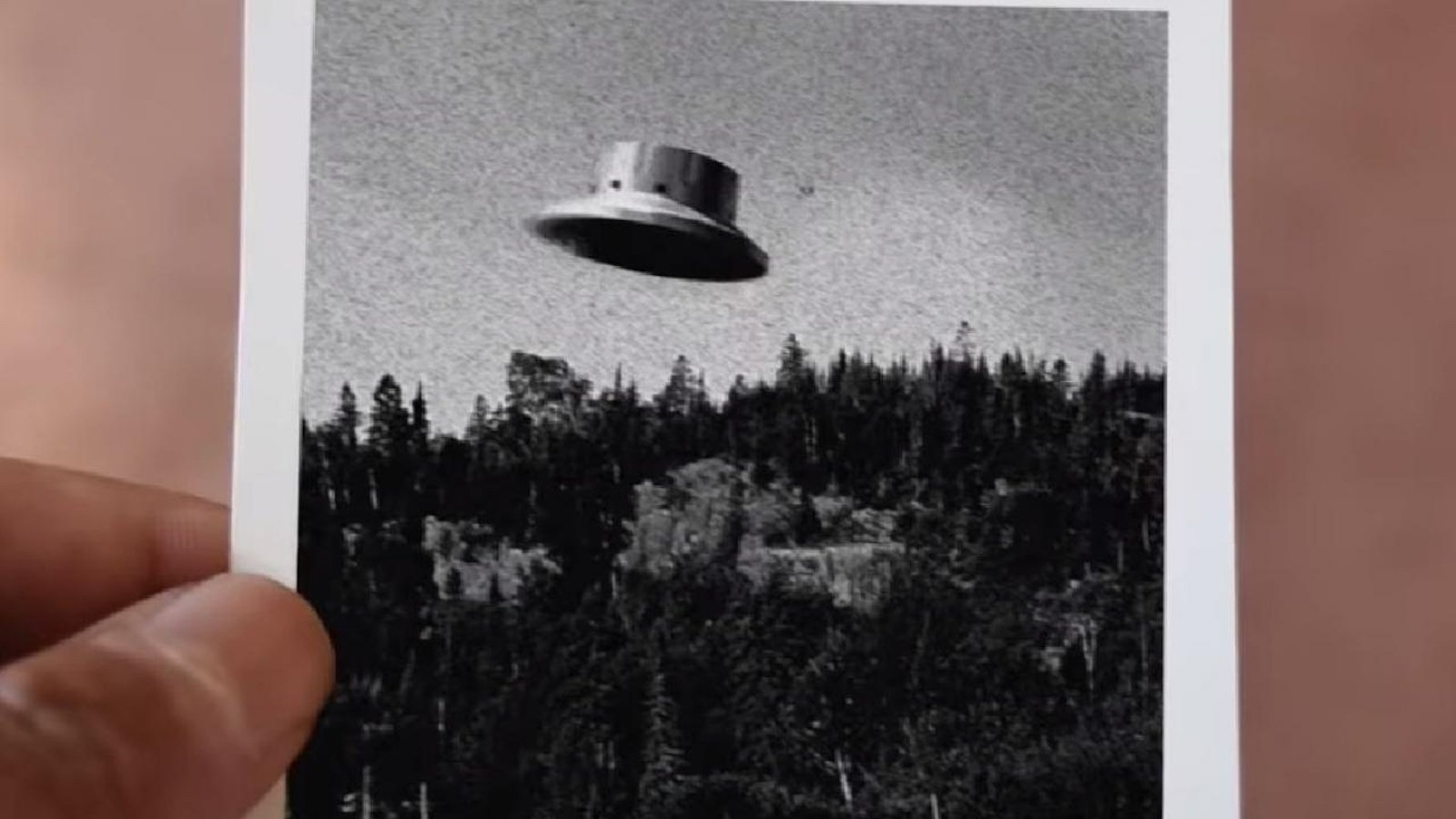 Rutkowski added that UFO reports & pics are coming from across Canada, from coast to coast. “We’re getting reports from pilots, who are reporting that they’re receiving collision alerts on their transponder systems and there’s nothing there,” he said.

Rutkowski hopes the reason there’s a spike in UFO sightings & pics during the pandemic is because Canadians are getting outside more, working from their backyards, and appreciating nature.