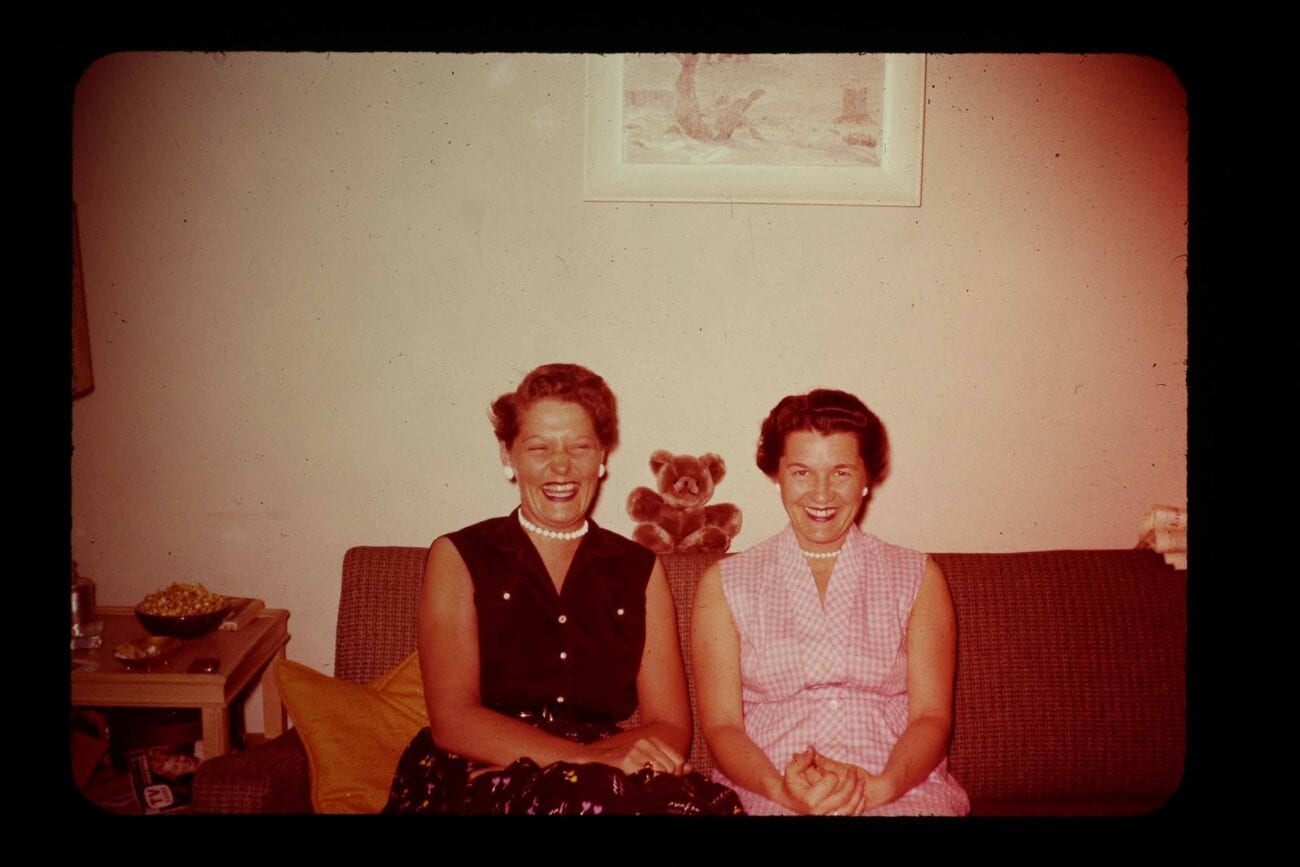 Imagine spending your life with the one you love, but you can never admit to anyone that you two are together. If you even try to hold hands in public, it’s a problem. This is the sad reality for so many homosexual men and women throughout history, but the lesbian couple featured in Netflix’s A Secret Love takes it to a new level.

Telling the story of Pat Henschel and Terry Donahue, two women who met in 1947 and spent the rest of their lives together, the documentary is from debut director Christ Bolan. It takes a look at the laws and social stigmas that forced the two to hide their relationship, as well as their personal families’ reactions to their relationship.

“They’ve always been Auntie Terry and Auntie Pat.” Already from the trailer, you know you’re in for a tear-jerker with this couple. As they finally begin to unravel their years of secrets, it’s a touching story to see how their love triumphed through everything, but seeing the mountain they climbed to get here will break your heart. 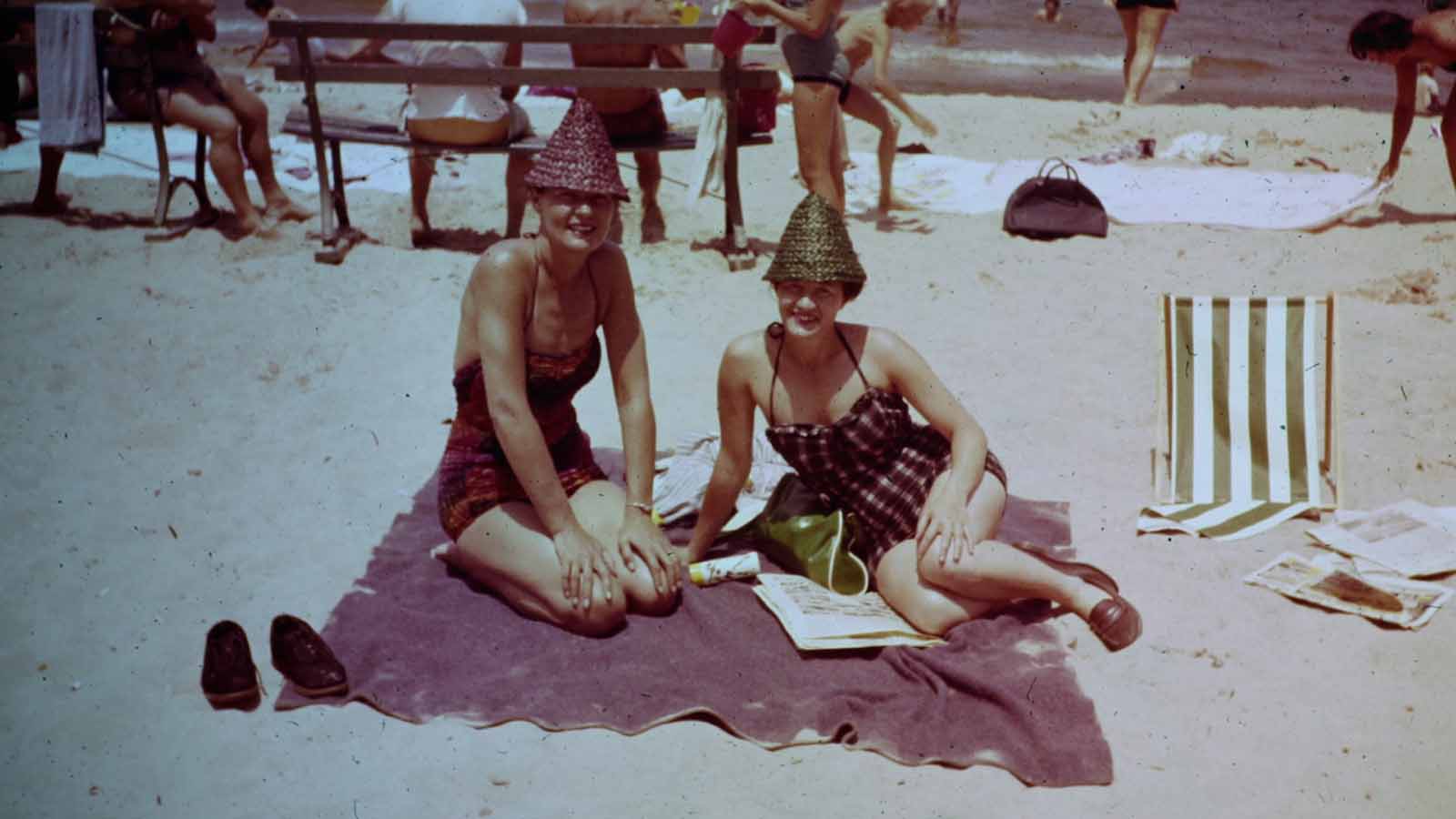 The pair met when Terry was 22 and Pat was 19. Immediately, their connection was like fire, but the two failed to realize it was love, not a close friendship. They both had men in their lives, and knew the world they lived in. Women couldn’t love other women . . . or could they?

In a sandstorm that hit their hometown, where you couldn’t see more than a few feet in front of you, the two finally kissed. But even as they gave into their desires and entered a relationship, they knew they had to be careful. Both played sports— Terry was a baseball catcher, Pat a hockey player— so their names and photos were in the paper on a regular basis.

But that didn’t stop them from checking into hotels without luggage, and eventually moving into an apartment in Chicago together in 1951. Of course, they did it under the impression of “saving money.” 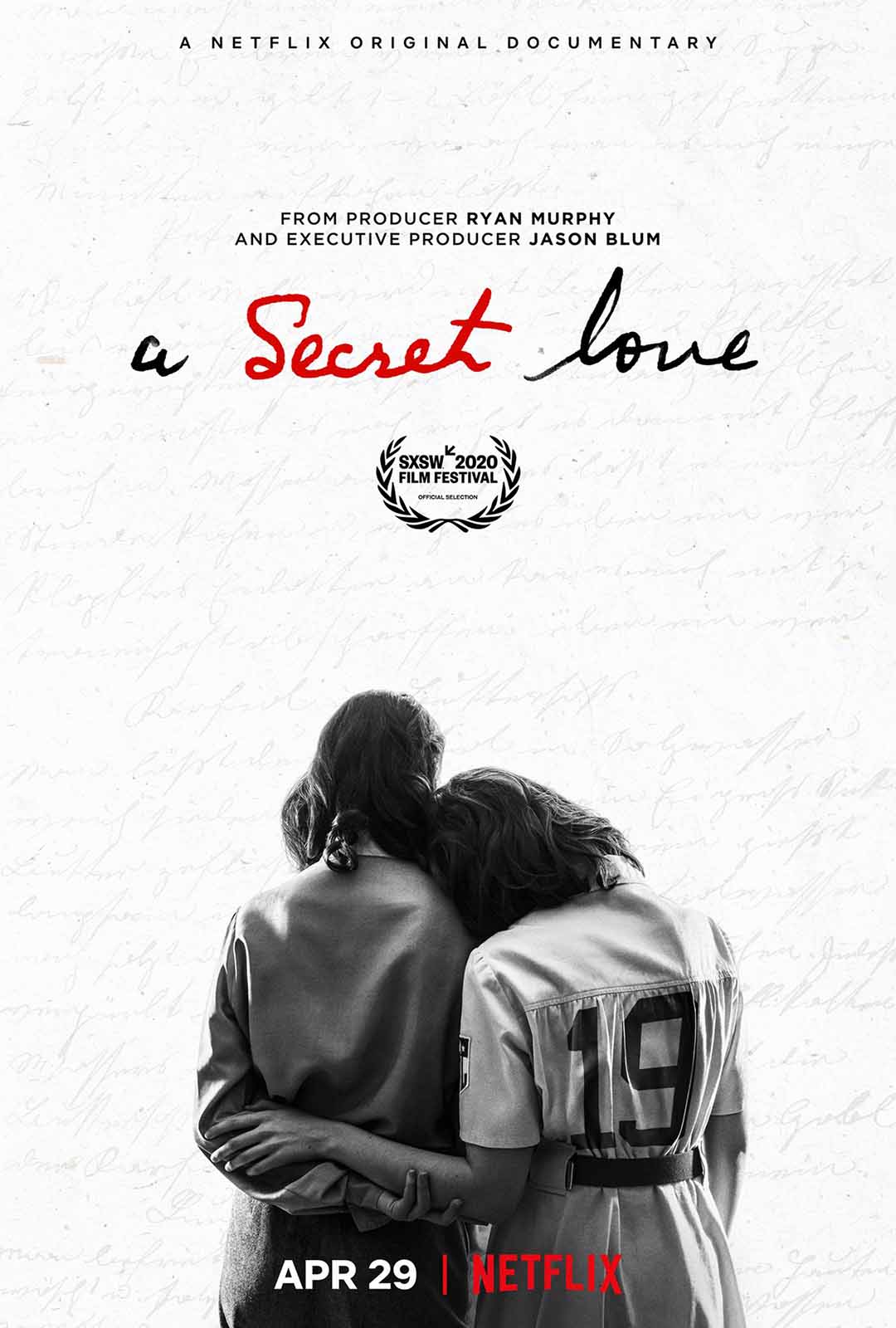 A fight to stay alive

Unfortunately, the world that Pat and Terry met in was far from friendly. In the ’50s and ’60s, it was still criminal in many places in the US to be gay. Lesbian bar raids occurred on a regular basis, arresting women just for not wearing women’s clothing, let alone showing affection to another woman.

The suicide rate was through the roof, and the idea of the two of them getting caught left them to save their relationship behind closed curtains. They knew if they ever admitted to their families that they were gay, it would be the end. So the two stayed together under the impression of friends saving money. But decades of that lie created an elephant in the room.

But even then, it still wasn’t discussed. Like one of their nieces says, “They’ve always been Auntie Terry and Auntie Pat.” It’s never truly discussed within their families that the two are in a relationship. If they were ever discovered, it would be the end of the line, with both women never able to work or live in that town again. 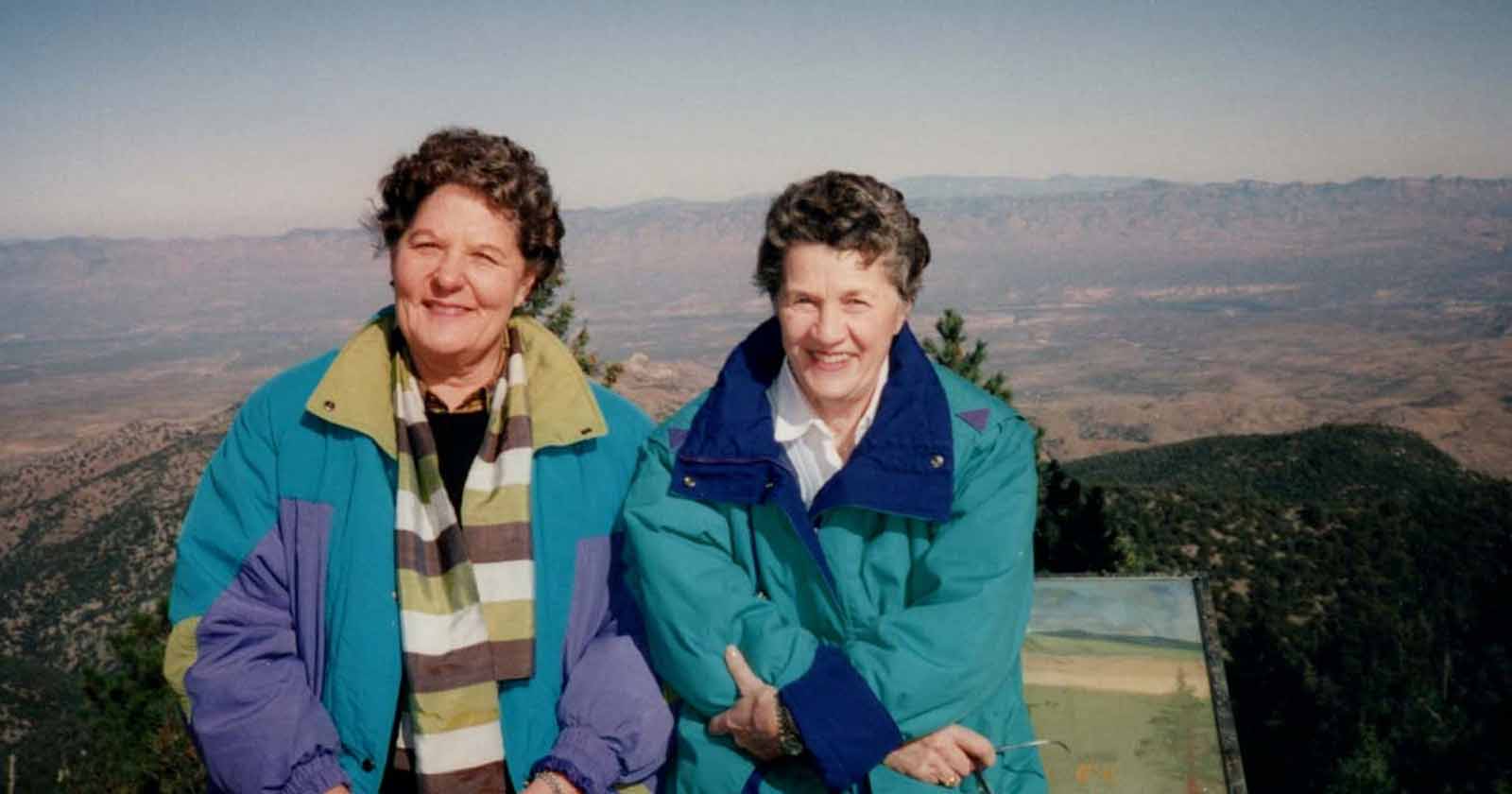 Staying together through it all

Even with such a heavy threat looming over their heads, this didn’t stop the lesbian couple from being together. They lived together for decades, caring for each other as they got older. Now, with both women well into their 90s, they’re still together, and slowly but surely unlearning the toxic behaviors that kept them in the closet.

In this new world, they’ll always be one or two homophobes to tear them down. But Terry and Pat have lived in a world where it was a lot more than one or two. The documentary, while weaving their romance across 70 years, shows them living their lives as they try to relocate to a senior living community with their house being too big. 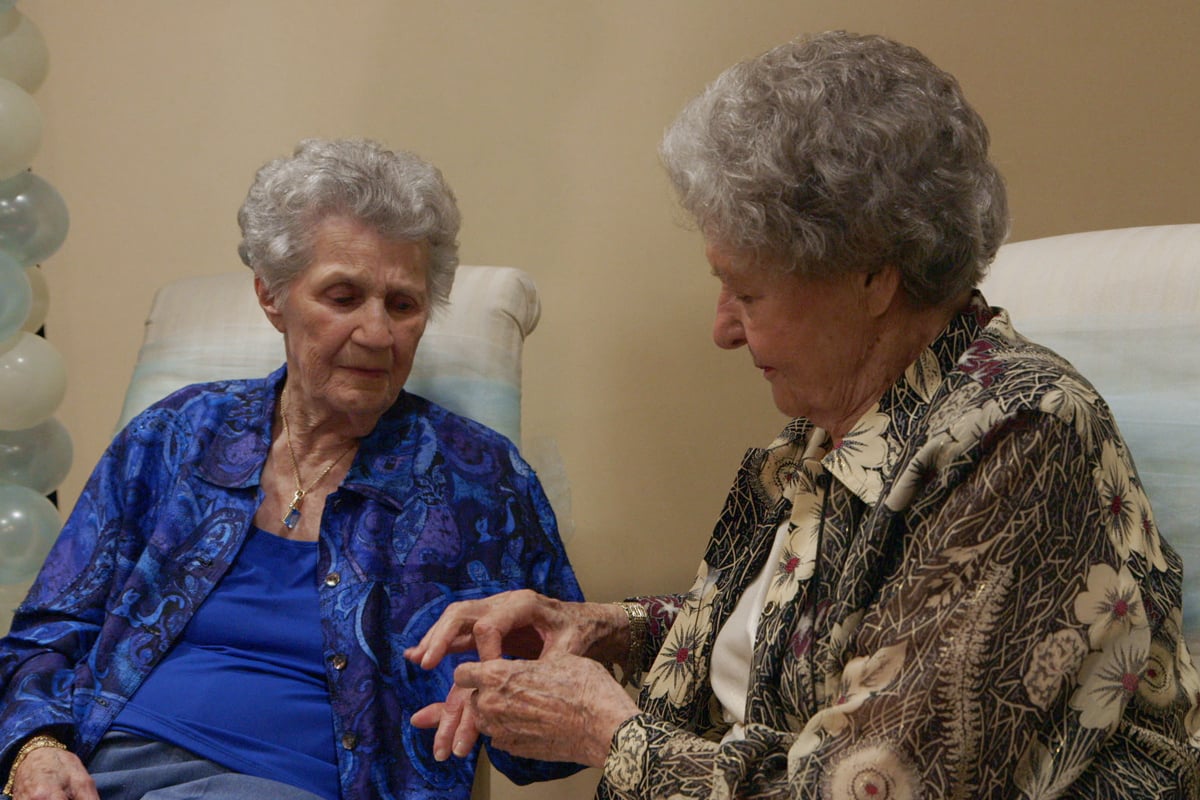 But it’s clear the two care for each other as much in 2020 as they did in 1947. While packing up to move, the couple finds letters the two wrote to each other, though they’d have to tear off their names so they’d never be found. But the love in those letters is as pure as can be.

With 70 years of love between Pat and Terry, it’s impossible to not call the two a couple. Even with adversity against them, the two stayed together because they wanted to build a life together. Nothing could ever take that away from them.