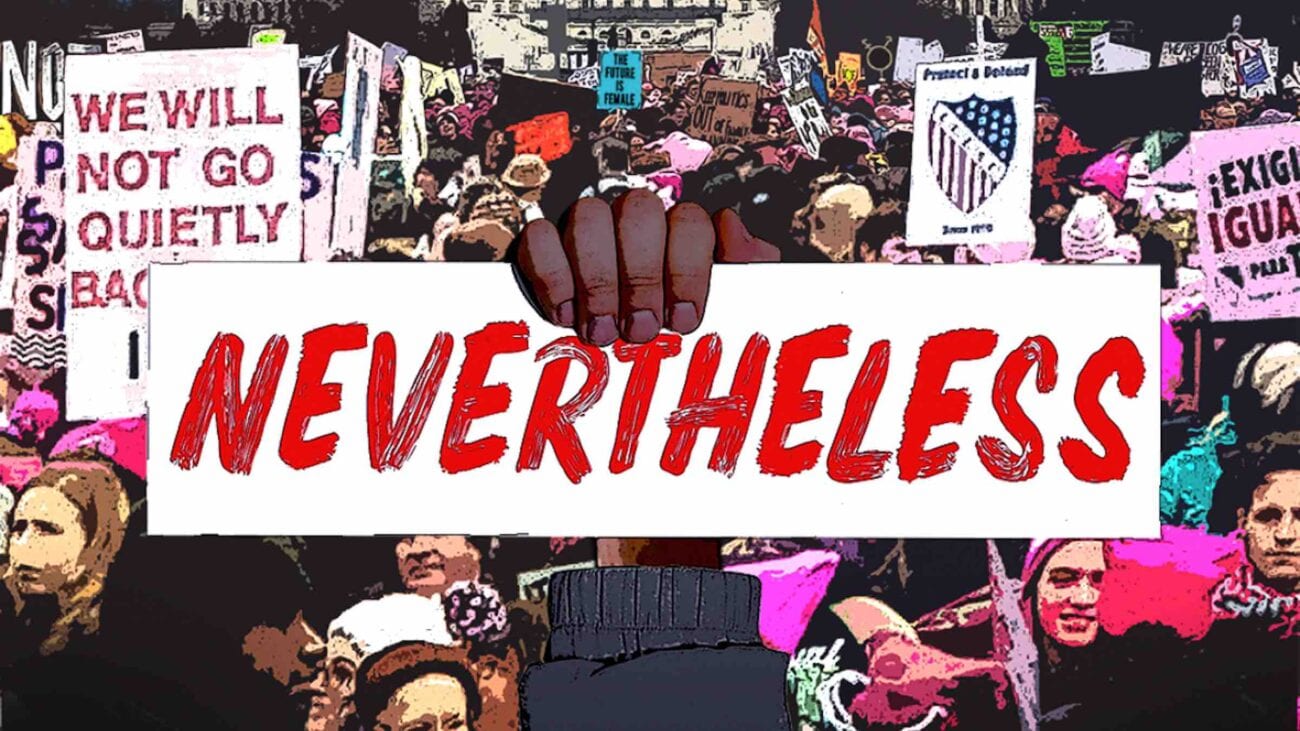 Sarah Moshman on ‘Nevertheless’ and being a documentary filmmaker

The #MeToo movement has united women across all fronts, in their shared experiences of feeling scared and attacked by those in more powerful positions over them. It’s hard to see the power you have when those around you are abusing their own power, but you have more than you know.

Documentary filmmaker Sarah Moshman recognized her power while pregnant with her daughter in 2017. She wanted to use her voice and experiences to change the world her daughter grew up in, so she wouldn’t have to face the same issues as her. Of course, she started filming her documentary on October 7th, 2017, two days after the New York Times exposé on Harvey Weinstein.

Now, her third documentary feature Nevertheless is close to its premiere, showcasing the movement that helped inspire people to go after their abusers and call them out for who they are. This is far from her first dive into the world of female empowerment. Both of her prior films focus on inspiring women to break barriers and do better.

As Nevertheless gets ready to make its grand debut, we spoke with Moshman about her new documentary and her career made on inspiring women. 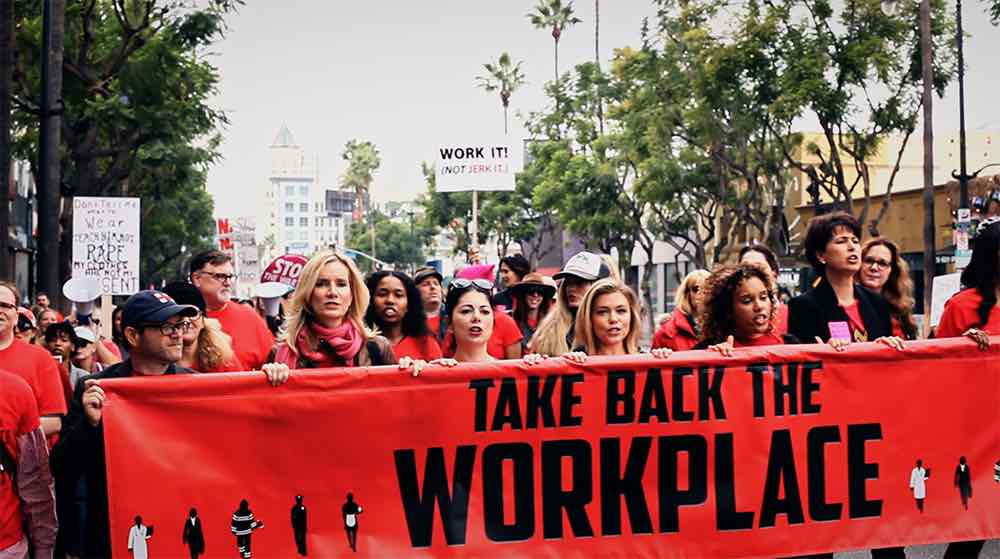 Tell us how you got started with TedX?

I did a TEDx talk entitled: Where Are All the Female Heroes? In October of 2016 for TEDxNormal in Normal, IL. I applied with my talk about ordinary women doing extraordinary things, and they accepted me into that year’s roster of speakers. It’s great to be a part of the TEDx community, and I’m so glad I did it, it was a great experience.

What do you find most rewarding about documentary filmmaking?

There are so many rewarding things about documentary filmmaking – I love the entire process from developing an idea and fundraising, to production, editing, and then marketing and distribution. The most tangible rewards come in distribution when you are finally able to share your work with others and see what kinds of dialogues and inspiration you can spark in someone else after watching your work. Films are the gifts that keep on giving as they are out in the world long after you’ve moved on from them.

The Empowerment Project: Ordinary Women Doing Extraordinary Things is fascinating, where did the idea come from?

The idea for that film came from a frustration with the way our media represents women and wanting to do something about it. In our movies, books, tv shows, magazines, everywhere – we often see women over-sexualized and objectified, or ignored altogether. We thought – where are all the complex, flawed, real, strong women that I see all around me? Why aren’t their stories being told?

So me and four other female filmmakers set off across the US to interview inspirational women from all different career fields – that you’ve never heard of – to learn from their stories and shine a light on the role models we wanted to see more of. It was an amazing road trip and we’ve been screening that film in schools, groups, and organizations around the world for the past 6 years! 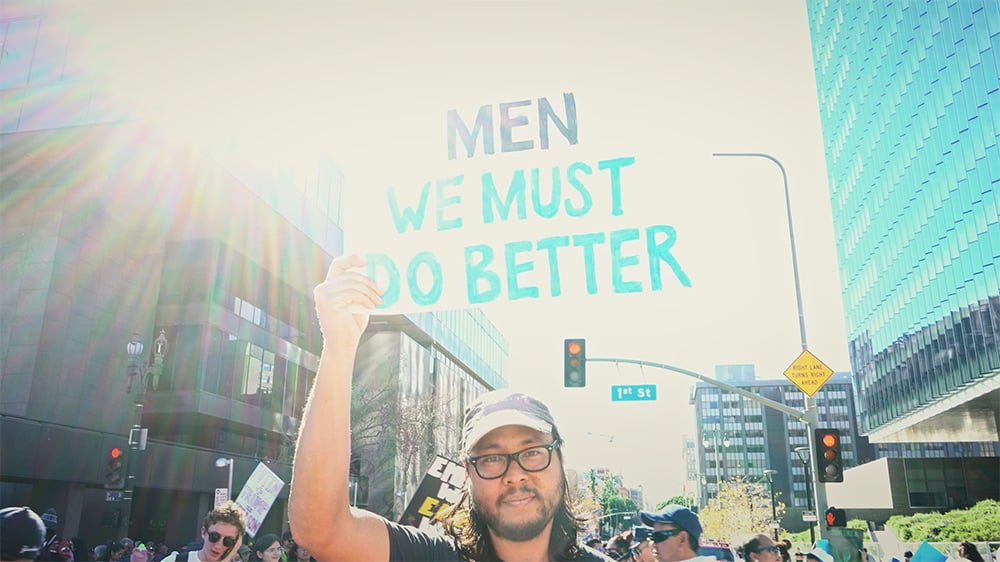 Tell us about Nevertheless, why is now the time to tell this story?

Nevertheless is a feature-length documentary and film-based program about sexual harassment in the workplace. Taking a look behind the headlines of #MeToo and Time’s Up, Nevertheless follows the intimate stories of 7 individuals who have experienced sexual harassment in the workplace or school context. From a writer’s assistant on a top TV show to a Tech CEO and 911 dispatcher, the film shines a light on the ways in which we can shift our culture and rebuild.

I decided to make Nevertheless when I was pregnant with my daughter Bryce in 2017. Becoming a parent, especially to a daughter, I was thinking constantly about being responsible for a girl in this world and it forced me to rethink and re-examine times in my career when I had been sexually harassed and never felt like I had the voice to speak up. I also thought about how every single one of my female friends and co-workers had a story about being harassed at work, and yet we all had decided this was just the price we pay as women in the workplace. I thought – what is happening in our workplaces? How did we get here? 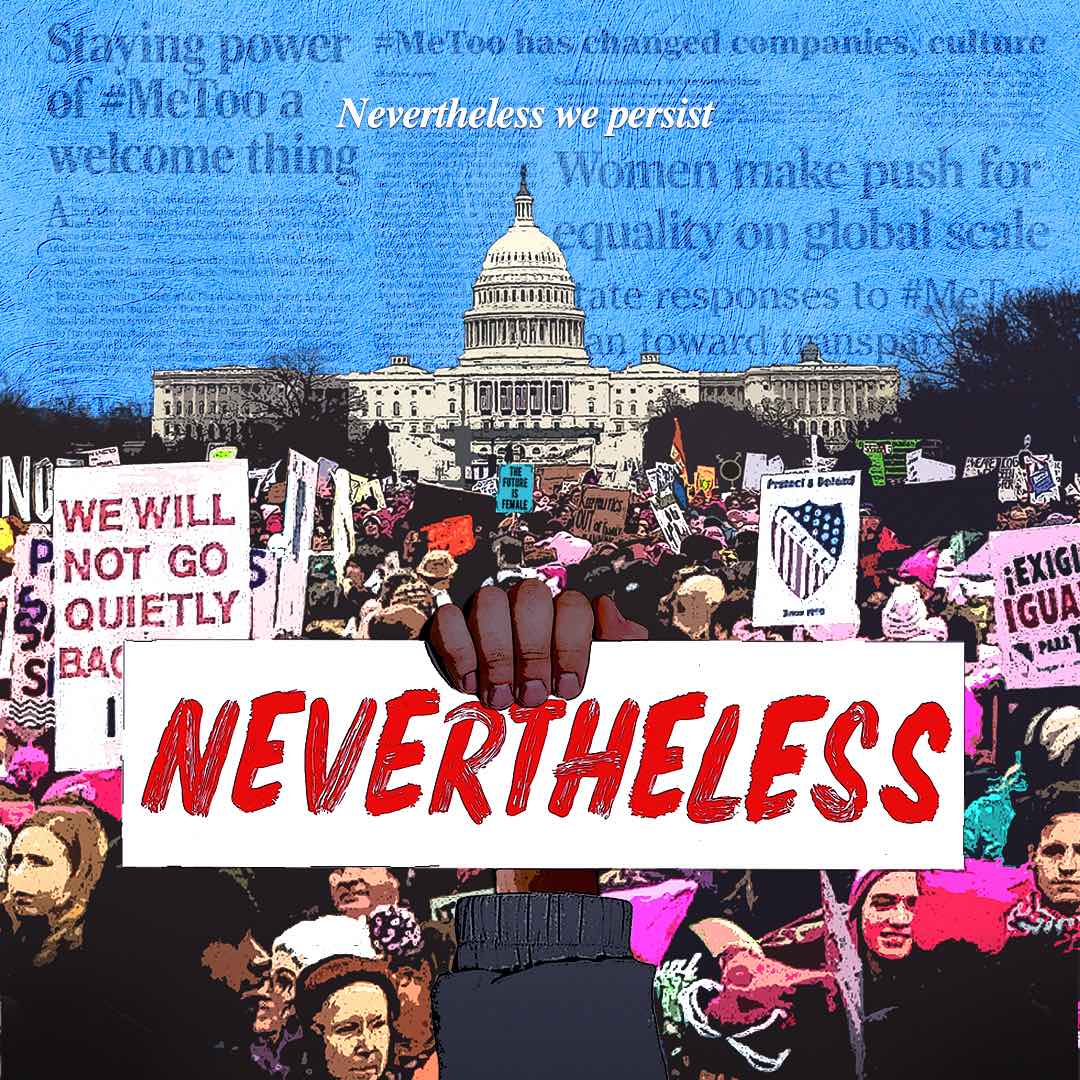 All of this frustrated me and so I did the only thing I know how to do in that situation – pick up the camera and get to work. I had my first shoot day for Nevertheless on October 4th, 2017 and the NY Times article breaking the Harvey Weinstein story came out on October 5th, with #MeToo to follow shortly after. Suddenly my film had a whole new timeliness to it, which is exciting as a filmmaker but also adds a lot of pressure.

I started to think about how to add to these dialogues that were happening, and how my film could contribute and be different. Our country has changed so much in these 2+ short years, and we hope that things will continue to shift and change as time goes on and films are an exceptional way to push conversations forward and create empathy.

Although the country and the world are focused on COVID-19 right now, I know this content and these stories will be a useful tool for workplaces and schools for years to come. 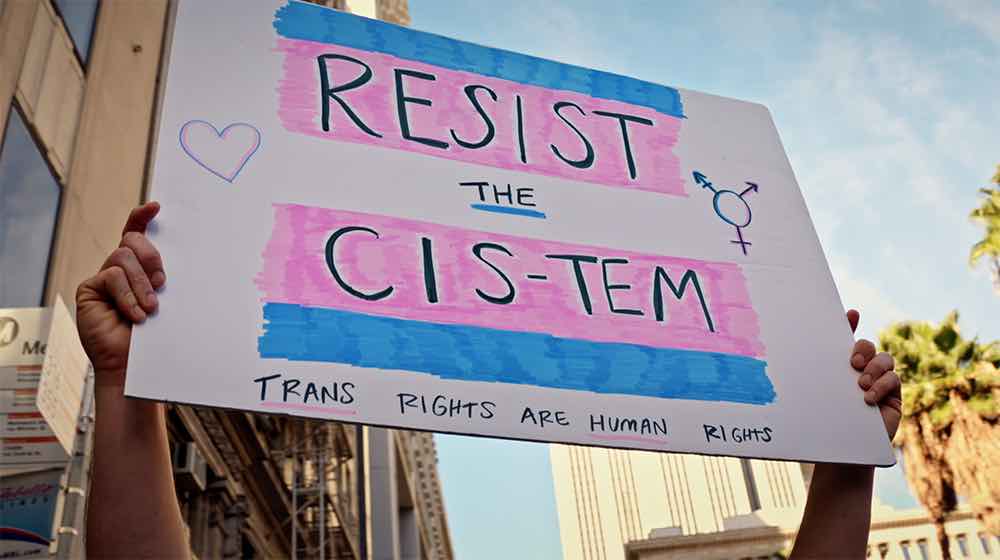 What tips do you have for new female filmmakers?

I would say define success for yourself, it might look different on each person. Find a path that suits you and your unique strengths and try not to compare yourself to anyone else. Don’t wait for permission to get started on your dream project, that call or email might never come.

The best experiences I’ve had in my career so far have been from giving myself permission to pursue a project, even when I didn’t know what I was doing. Confidence comes through conquering challenges and proving to yourself what you’re capable of. Go for it! 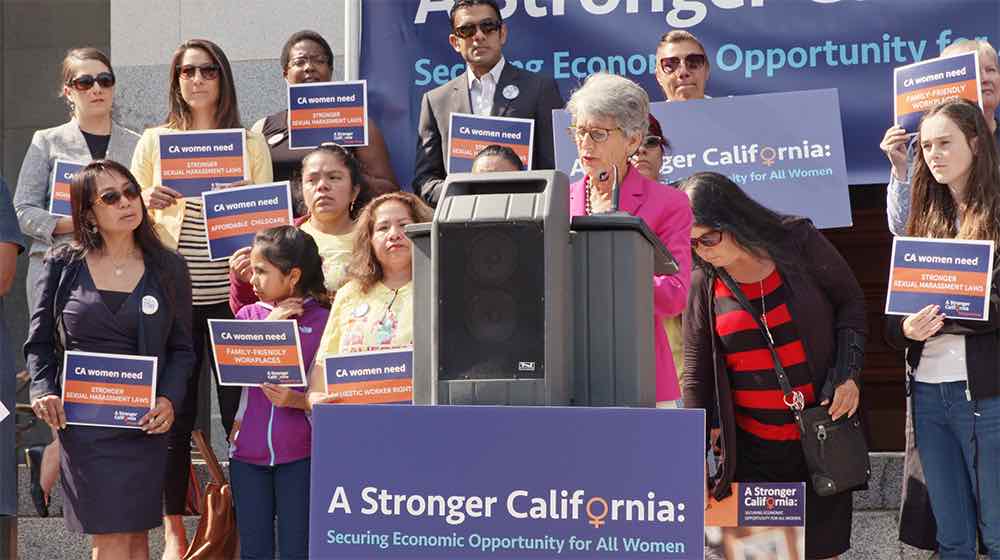 How do you go about finding work?

Typically my work consists of documentary filmmaking and the projects I’ve completed or am working towards completing so I’m raising the money and managing the project from start to finish. I also do speaking engagements for conferences and corporations, I direct branded content, and I teach workshops, seminars and at times full semester courses to help other aspiring filmmakers navigate this industry.

So much of this industry is about making connections and forging relationships so that when jobs come up, I am considered for the work. You have to constantly pitch yourself, and create your own opportunities so people know what you can do.

Film funding is a constant cycle, can you give first-time filmmakers any tips?

Fundraising is always tough, but one tip would be to maintain your passion for your project. If you’re excited about your film, share that with people so they can get excited too. Show us why you are the right person to make this film, and why it’s important to make it right now. There’s a lot to it, but I think passion is such a huge part of getting people to donate, invest and believe in your vision. 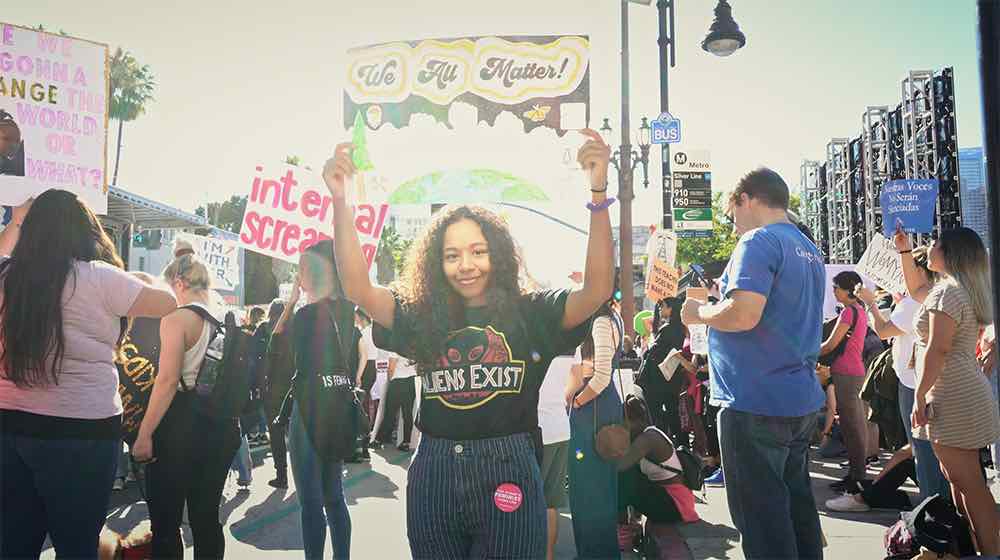 What’s the one thing you want audiences to come away with after seeing your content?

Overall, I want audiences to feel inspired, empowered and uplifted to take action after watching my content. With Nevertheless, I want people to examine their privileges and think about how we are all complicit in sexually harassing behavior in some way, and how we can all be better allies to each other. I believe in the power that film has to change the world. I’ve seen it firsthand, and that’s what continues to drive me.