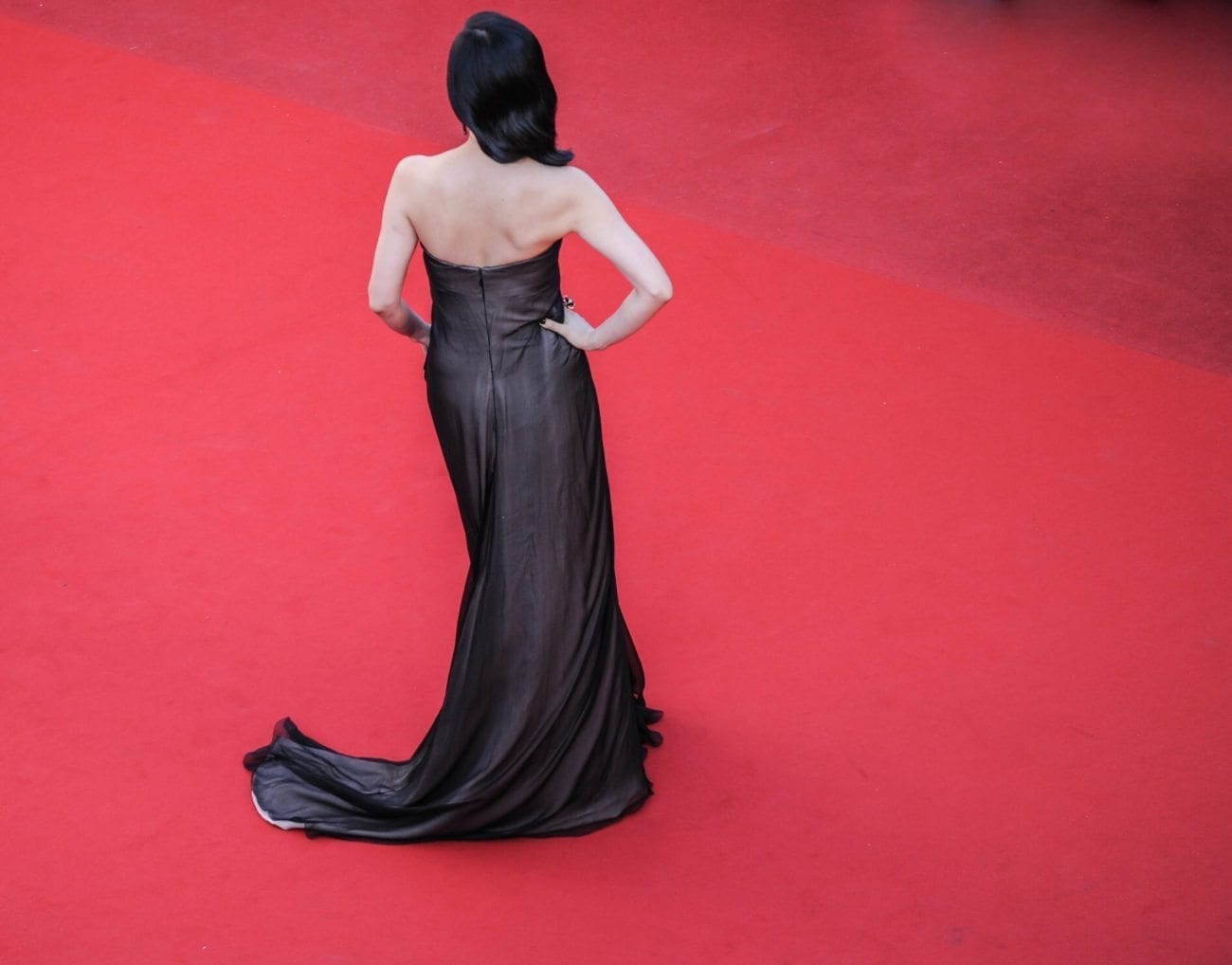 2017 Cannes Film Festival: The 19 contenders for the Palme d’Or

The 70th Cannes Film Festival began earlier this week and there’s a lot to see: from Bong Joon-Ho’s mysterious beast flick Okja to Ben and Joshua Safdie’s Good Time. This year 19 contenders are in the running for the Palme d’Or, the most prestigious award at the annual event. Care to place a wager on who’ll win it big? Here’s our guide to the contenders.

Haynes isn’t a newcomer to Cannes. The director previously competed for the Palme d’Or with Velvet Goldmine in 1998 and Carol in 2015. His latest film is unlike anything he’s ever done before. Amazon Studios, who are producing alongside Roadside Attractions, are calling Wonderstruck his “most ambitious film ever.” Half the film, which follows two deaf kids in an interconnected story that spans 50 years, will be presented as a totally silent feature.

Academy Award-winning director Michel Hazanavicius previously competed in the competition with The Artist in 2011 and The Search in 2014. Redoutable is a biopic diving into the life of Jean-Luc Godard, one of the most lauded filmmakers of all time. The narrative focuses on the production of the movie La Chinoise with the woman he loves (Anne Wiazemsky). In similar fashion to The Artist, Redoubtable is being hailed as a “tribute to classic cinema”.

The Day After (Geu-Hu) – Hong Sang-Soo

South Korean director Hong Sang-Soo was nominated previously for the award with Woman Is the Future of Man (2004), Tale of Cinema (2005), and In Another Country (2012). This year he’s out in full force, bringing two films to the festival. The first, which will compete in the main section at Cannes, is black-and-white drama The Day After. Claire’s Camera, which won’t compete, was partially shot during last year’s event.

Japanese writer-director Naomi Kawase has also been nominated in the past to compete in the main section at Cannes. Shara (2003), The Mourning Forest (2007), Hanezu (2011), and Still the Water (2014) all received nods for the same award. Kawase’s latest feature, Radiance, focuses on writer Misako, who meets visually impaired cameraman, Nakamori. Through his photographs, she learns to see the radiant world that was invisible to her.

The Killing of a Sacred Deer – Yorgos Lanthimos

This year’s entry is director Yorgos Lanthimos’ second nomination for the prestigious award at Cannes, after The Lobster in 2015. The horror flick follows Steven, a surgeon, who mentors a teenage boy. Things turn sinister when Steven is introduced to the boy’s family, forcing him to make an unthinkable sacrifice. The Killing of a Sacred Deer is one of two films appearing as part of the main competition that star both Nicole Kidman and Colin Farrell, the other being Sofia Coppola’s The Beguiled.

This marks the third nomination for Sergei Loznitsa, after My Joy and In the Fog competed in 2010 and 2012. A Gentle Creature is set in a remote village on the outskirts of Russia, as a woman receives a parcel destined for her incarcerated husband. Confused and angered, she embarks on a quest to the prison, where the “forces of social evil are constantly at work”. Based on Fyodor Dostoevsky’s short story, the story is one woman’s journey into the abyss.

Hungarian director Kornél Mundruczó has seen two of his films compete previously at Cannes, Tender Son: The Frankenstein Project (2010) and Delta (2008). At this month’s festival, he’ll be competing with Jupiter’s Moon, the story of Aryan, a young immigrant, who is shot down whilst illegally crossing the border. He survives, only to be tossed into a refugee camp – but, upon discovering that he has gained the supernatural ability to levitate at will, he is smuggled out by a doctor who wishes to exploit his extraordinary secret.

François Ozon hasn’t competed at Cannes since his 2013 film Young & Beautiful was nominated. However, his next feature will mark his third appearance in the competition. (He also competed with Swimming Pool.) Amant Double revolves around Chloé, a fragile young woman who falls in love with her psychoanalyst. After moving in with him, she quickly discovers her lover has been concealing a part of his identity. The film does not have a distribution deal in place yet, though we expect to change  soon, with international sales commencing at the festival.

Lynne Ramsay is returning to the Croisette with You Were Never Really Here, the first feature film from the Scottish director since We Need to Talk About Kevin in 2011 – which also competed for the illustrious award. Starring Joaquin Phoenix and Ekaterina Samsonov, the film follows a war veteran as he attempts to save a young girl from a sex trafficking ring. Amazon Studios swooped in at last year’s festival to secure U.S. distribution rights. It likely won’t be long before You Were Never Really Here has an international deal in place.

Good Time is the first contender in the main competition at Cannes from Ben Safdie and Joshua Safdie, though it packs some serious star power in the form of Robert Pattinson in the lead. So it’s no surprise that Good Time already been nabbed for distribution by A24 Films. The film is set over the course of one adrenalized night, after a botched bank robbery lands Constantine Nikas’ young brother in prison, forcing him to embark on a twisted odyssey to save him. There’s no doubt this one will cause quite a splash. Good Time has been scheduled for theatrical release on August 11, 2017.

After award nominations for The Banishment (2007) and more recently Leviathan (2014), Russian filmmaker Andrey Zvyagintsev is presenting Loveless as a contender for the Palme d’Or at this month’s festival. Described as a “brutal depiction of humanity”, the film offers an uncompromising glimpse into the life and struggles of a loveless family. After a heated argument between a married couple, their child disappears, forcing them to put aside their issues and work together to find him.

Noah Baumbach (Frances Ha, The Squid and the Whale, Greenberg) receives his first nomination for the Palme d’Or with The Meyerowitz Stories, the intergenerational tale of adult siblings, each contending with the influence of their aging father. One of two films acquired by Netflix that are competing at Cannes this month, it stars Adam Sandler, Ben Stiller, Dustin Hoffman, Elizabeth Marvel, Grace Van Patten, and Emma Thompson.

Also set to compete for the first time at Cannes is Swedish director-writer Ruben Östlund (Force Majeure, Involuntary, Play) with his upcoming feature The Square. The film follows Christian, an art museum curator, whose latest installation, The Square, focuses on altruism. But when a response to the piece’s marketing campaign is overblown, it sends him – and the museum – into an existential crisis. Stars Elisabeth Moss, Dominic West, and Terry Notary.

In the Fade – Fatih Akin

Turkish director Fatih Akin will mark his return to Cannes with In the Fade. Set within the German-Turkish community in Hamburg, the thriller focuses on Katja, whose world crumbles when her husband and son die in a devastating bomb attack. Overcome with grief and feeling a great sense of injustice, Katja decides to enact revenge herself. Diane Kruger (Inglourious Basterds) stars in the lead. Akin’s last feature to compete at the festival was The Edge of Heaven in 2007.

There’s already controversy surrounding Netflix’s second selection in the running at Cannes. Yet Okja, from South Korean auteur Bong Joon Ho, might be one of the most interesting contenders. The film follows Mija, a young girl who has been caretaker and constant companion to Okja – a massive animal and an even bigger friend – at her home in South Korea. But when a multinational conglomerate takes Okja for themselves, she puts everything on the line and travels to New York to bring her friend home. Stars an ensemble cast including Seo-Hyun Ahn, Lily Collins, Jake Gyllenhaal, Giancarlo Esposito, Paul Dano, Tilda Swinton, and Steven Yeun.

Robin Campillo makes his first Palme d’Or appearance with the director’s first feature since Eastern Boys. Set in the early 1990s, 120 Beats Per Minute follows ACT UP activists that are fighting the AIDS pandemic. Newcomer to the group, Nathan, finds his world shaken by Sean, a radical militant. The upcoming French drama has also been selected as a nominee for the Queer Palm, which provides a platform to films that highlight LGBT-related issues.

Sofia Coppola’s last feature to be nominated for the Palme d’Or award was Marie Antoinette, starring Kirsten Dunst, in 2006. Her next film in the running is upcoming thriller The Beguiled, also starring Dunst – alongside Nicole Kidman, Colin Farrell and Elle Fanning. The film is set in Virginia during the Civil War, as a wounded soldier stumbles into a school for young girls, within which they have been shielded from the outside world. Based on Thomas P. Cullinan’s southern gothic novel, The Beguiled is not one to be missed.

Jacques Doillon’s first feature since Love Battles in 2013, and his first nomination for the illustrious award since La pirate in 1984, Rodin recounts the life of famous French sculptor Auguste Rodin and his romance with Camille Claudel. Focusing on a pivotal moment in the artist’s career during which he created The Gates of Hell, the film will see Claudel transform from Rodin’s most gifted student into his mistress. Stars Vincent Lindon and Izïa Higelin.

Haneke is a regular among the crowd at Cannes, having been nominated for the Palme d’Or award six times and having won it twice with The White Ribbon (2009) and Amour (2012). In fact, Haneke is the only director in contention this year to have won previously. His upcoming drama Happy End is set amidst the European refugee crisis and is described as a “snapshot” into the life of a bourgeois European family. The film reunites Amour cast members Isabelle Huppert and Jean-Louis Trintignant, who star alongside Toby Jones and Mathieu Kassovitz.