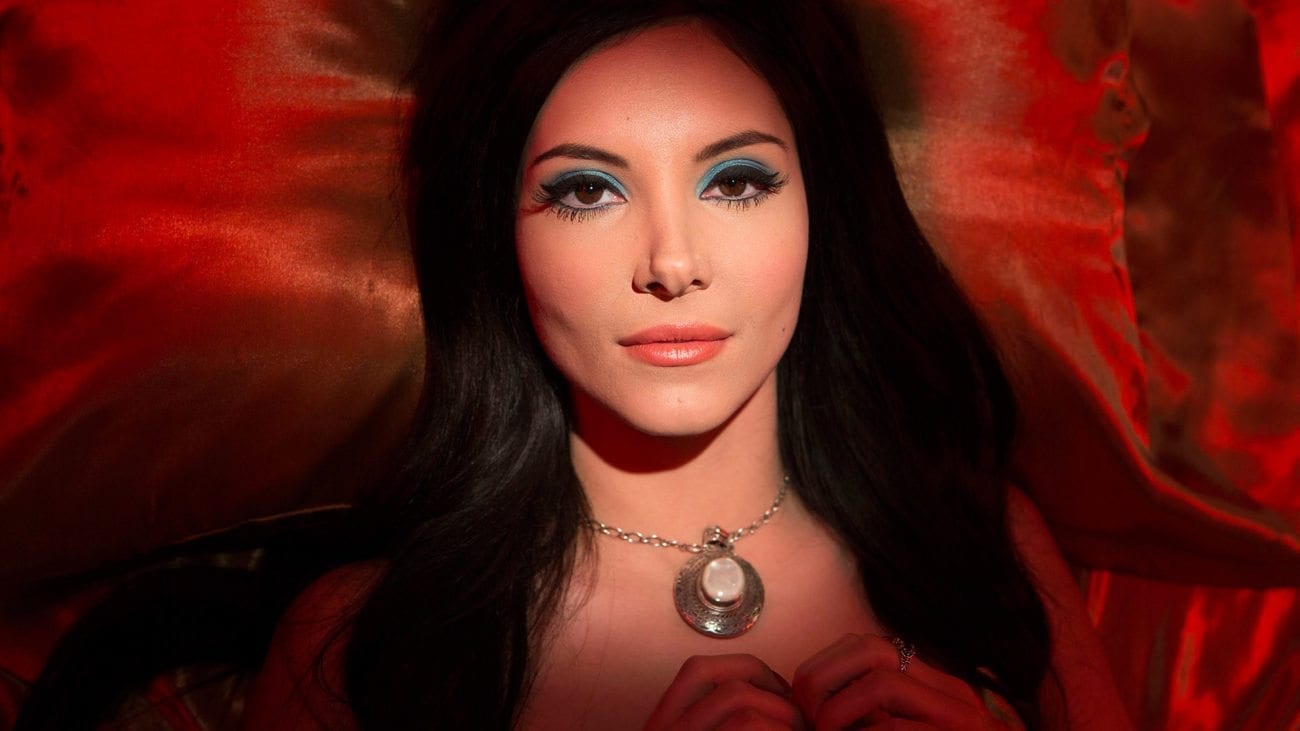 Women who kill and female horror auteurs to watch now

Over the last few decades, we’ve watched women turn from tropes deployed by horror filmmakers for cheap thrills into conquerors who take on the camera lens themselves. We’re no longer watching damsels in distress; instead, hard-boiled female protagonists rampage with bloodied revenge in their eyes.

These are some of the films from provocative female filmmakers evolving and pushing the horror genre into ever more shocking, bloody, and eye-popping heights. 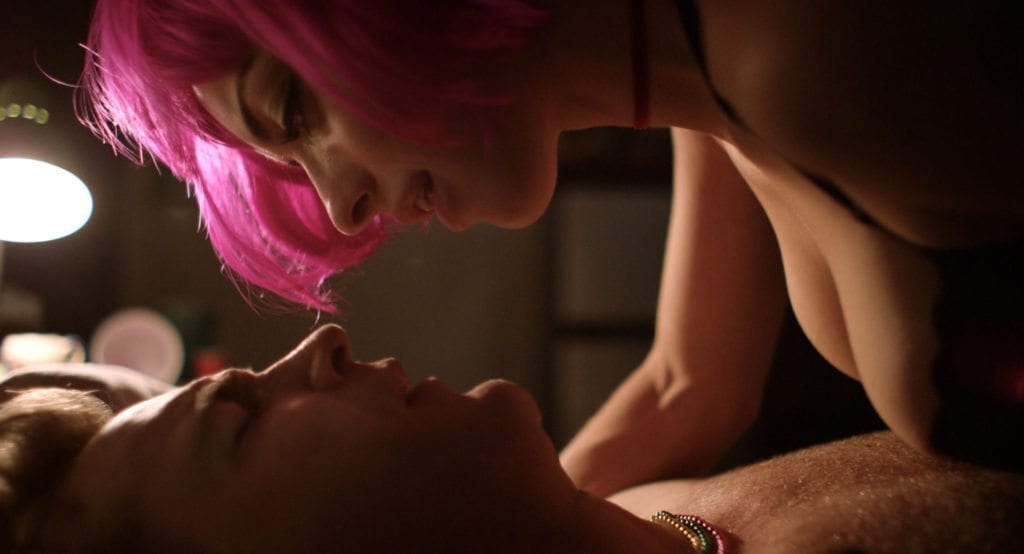 Natalia Leite’s M.F.A. is a provocative thrillride tackling an uncomfortable corner of American culture. Leite is a Brazilian-born filmmaker who made waves in 2015 with her debut flick Bare about a young Nevada girl searching for identity. Leite got her start directing Vice documentaries and the feminist-focused web series Be Here Nowish.

M.F.A. follows art student Noelle (Francesca Eastwood) who accidentally kills her own rapist. From this, she begins a campaign of vengeance upon those who have raped and walked free, using this violent, dreamscape journey as fuel for her own artistic endeavors, as art collides with violence. 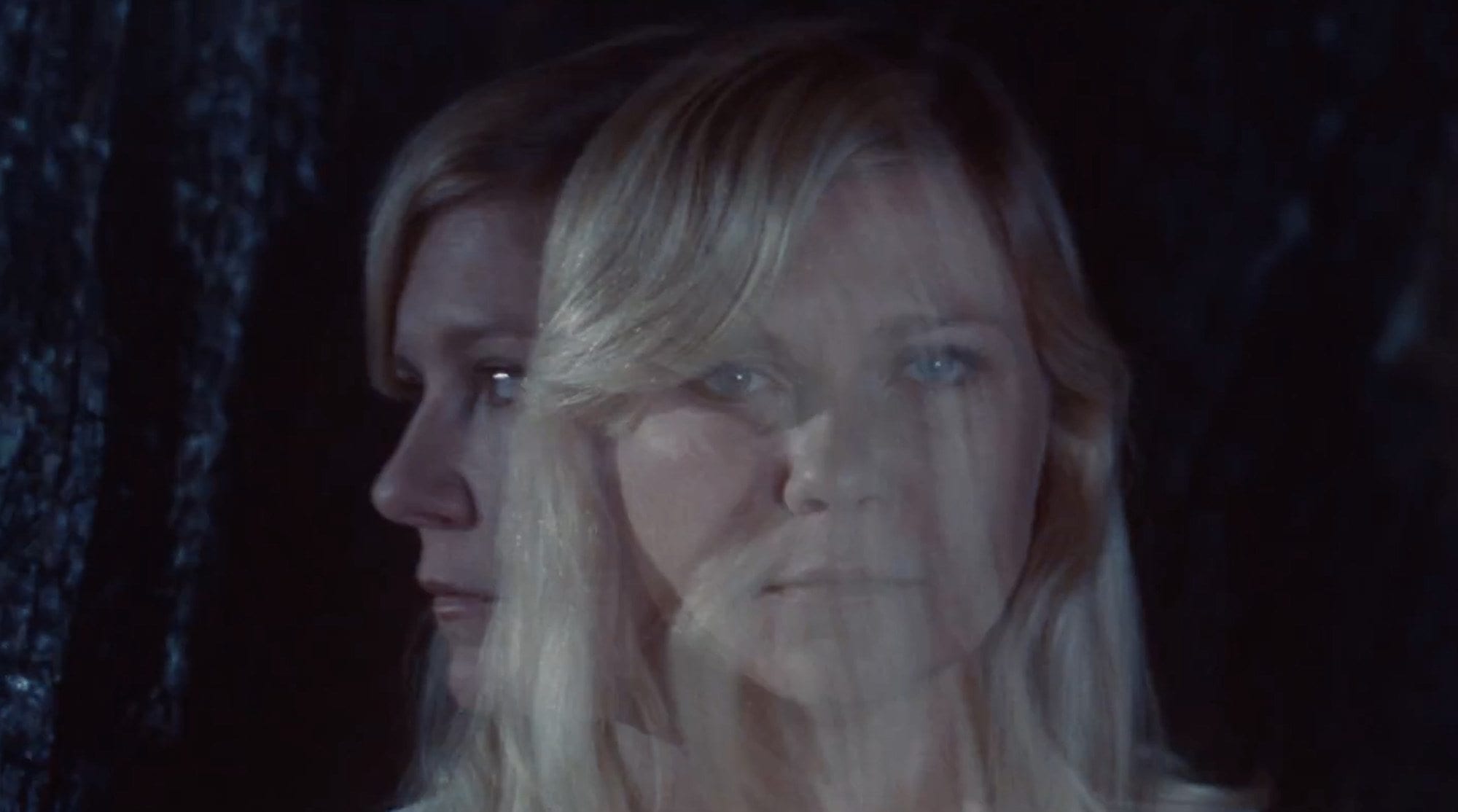 Woodshock is the feature debut from Kate and Laura Mulleavy, fashion designers who founded the Rodarte brand. It’s their first foray into filmmaking, but the sisters did work on the costuming for the terrifying Black Swan. With this project, the sisters clearly show their ambition & hunger for visionary storytelling.

Woodshock is a spectacle centering around Theresa (Kirsten Dunst). Stricken with grief, she turns to a reality-altering drug for comfort, as her own world begins to unspool away from her control. The film begins to mimic her own collapse of perspective as we enter the real unknown.

According to us, “There’s delightful cinematic play with reflections & symmetry alongside spaced-out geometric lines, meant to mirror Theresa’s descent into drug-fuelled synaesthesia.”

The Ice Cream Truck comes from writer-director Megan Freels Johnston, who has made some odd flicks in the past with The Arrangement and Rebound – but Ice Cream Truck is something else entirely, a tonal whiplash of a film about young girl Mary (Deanna Russo), whose hometown comes under threat from a repeatedly visiting ice cream truck.

The Ice Cream Truck’s spooky story delights as much as it strikes terror. Johnston puts all her influences on display, from Harold and Maude, to Being Human, to every Stephen King trope on display.

We concluded, “Ultimately the Truck doesn’t really hold together, but there’s no denying it’s a stupidly fun mess of a film that may or may not give you a tummyache after consuming.”

Raw comes from French filmmaker Julia Ducournau, who studied screenwriting at La Fémis in Paris. The director’s short film Junior made lots of noise when it won Petito Rail d’Or at the 2011 Cannes Film Festival. Raw recently won the coveted FIPRESCI prize at the 2016 Cannes, as Ducournau continues to delve into absurdist but horrific corners of storytelling.

Raw follows young vegetarian Justine (Garance Marillier), who begins to form a taste for meat while attending vet school. What begins as a bit of an oddball film morphs into a cannibalistic horror filled with gushing blood & dynamite gore, a twisted tale of a young veggie who has lost her way.

We found that “This classy cannibal horror singlehandedly resurrects the body-shock genre.”

Prevenge is a hilarious but disturbing film following a pregnancy gone wrong. By “gone wrong” we mean homicidal rampage. Writer-director-star Alice Lowe has been acting in all sorts of British stuff from Inside No.9 to Hot Fuzz, but Prevenge is her first time taking the director’s chair.

The story follows widow Ruth (Lowe) seven months into a pregnancy, before she embarks upon a bloody mess of murder & rampage. Ruth believes her unborn baby is charting her way through the killing and mayhem.

Our take: “Charming it ain’t, but if you like your delivery deadpan and your laughs jet-black, Prevenge is a great choice for a Friday night on — or hiding behind — the sofa.” 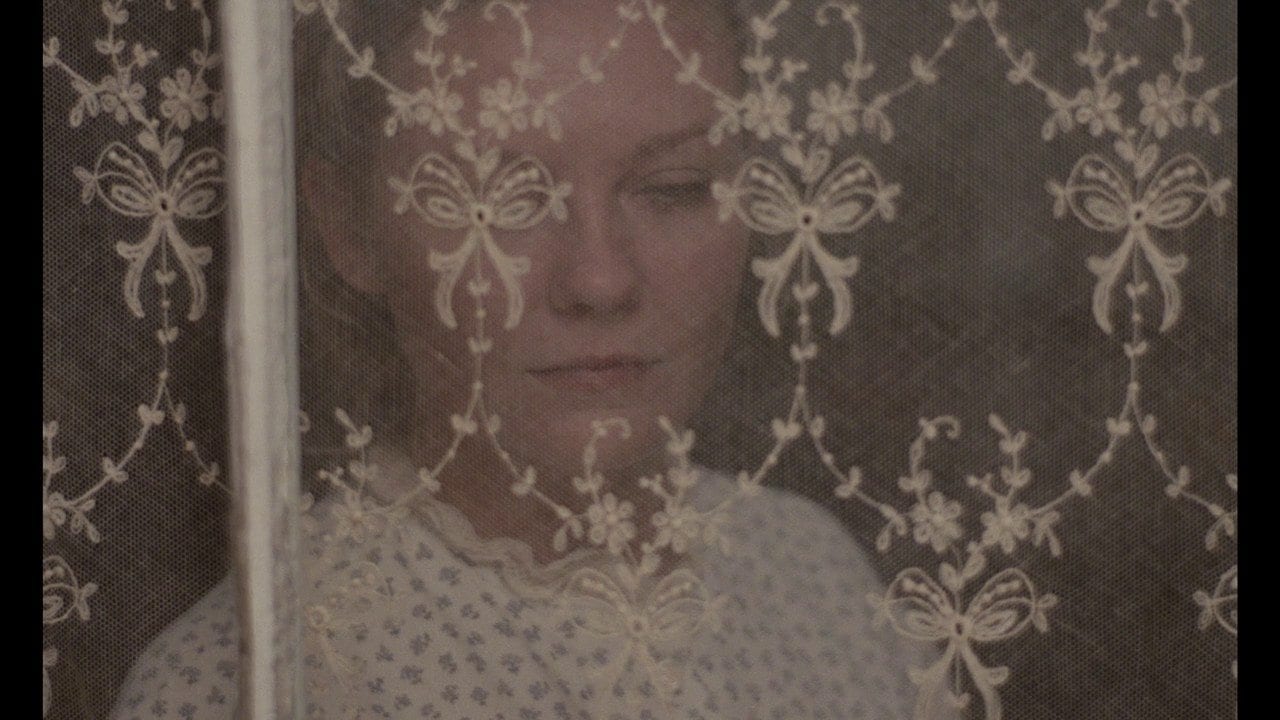 The Beguiled is Sofia Coppola’s latest flick, and explores the shock arrival of a wounded Union officer into a girls’ school in the middle of the American Civil War. This dramedy is another attempt to bring Thomas Cullinan’s classic book to life after a 1971 film tackling the same novel. Coppola is an industry vet by now, having worked on modern classics like Lost in Translation, The Bling Ring, and A Very Murray Christmas.

The Beguiled shows wounded officer Corporal McBurney (Colin Farrell) who is half-dead by the time students in a girls’ school find him in their place of education. As they nurse him back to health, his arrival begins to cause waves and drama throughout the school.

Robbie Collin of The Telegraph summed it up: “Coppola has pruned away almost everything outside her comfort zone, then distilled the plot down to a slender, refined and witheringly funny morality tale in which a tight-knit sisterhood is destabilised by one man, with growingly horrific consequences”. 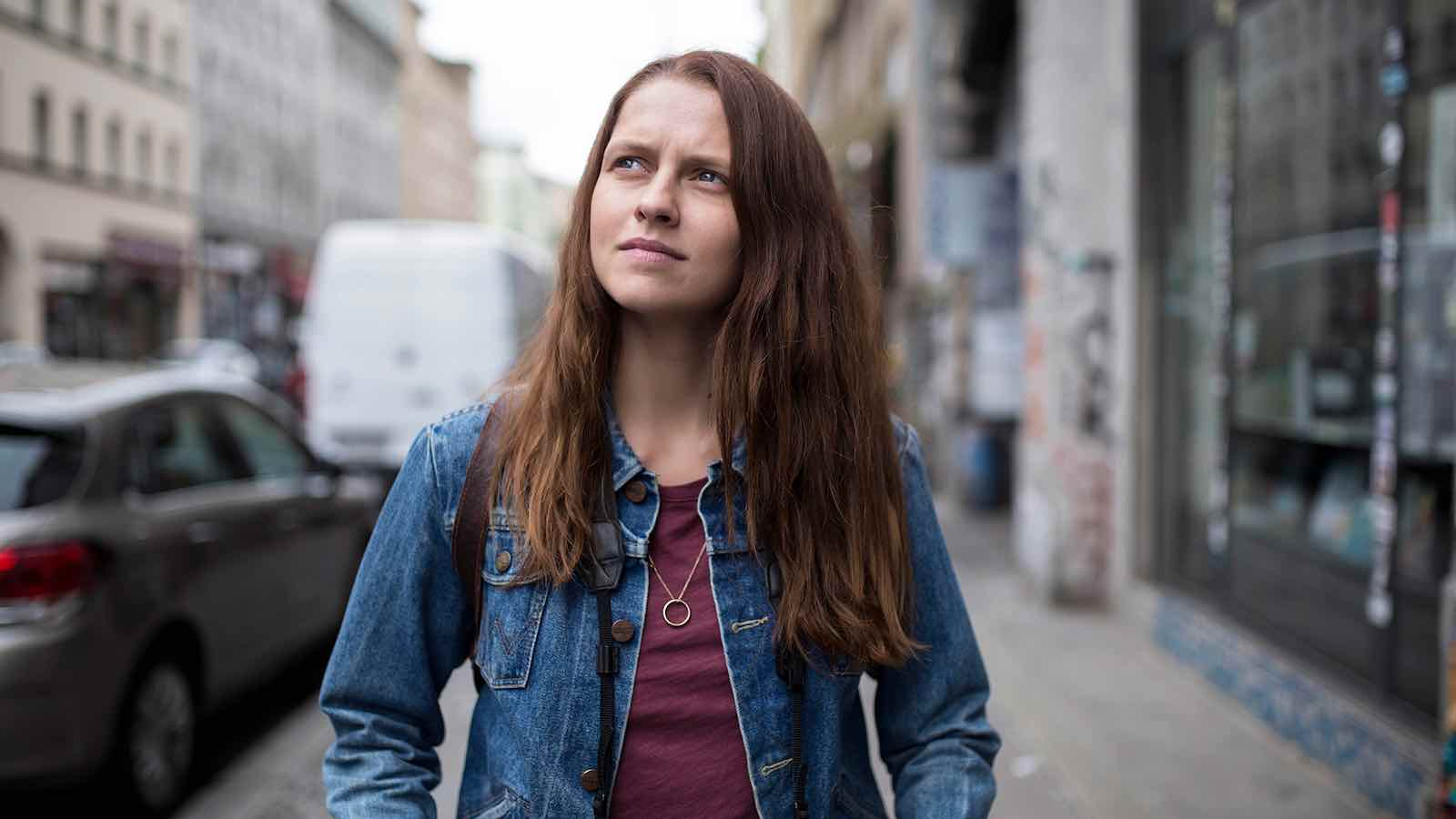 Berlin Syndrome is a disturbing horror film filled with kidnapping & deceit from Cate Shortland, an Australian filmmaker who has directed indie flicks like Somersault and Lore. Berlin Syndrome is considered her breakout film, and it’s no wonder why, as it tackles an incredibly uncomfortable subject with deep tension.

Berlin Syndrome follows a holiday love-fest gone rogue, with Clare (Teresa Palmer) waking up at Andi’s (Max Riemelt) apartment and then things going a bit too kidnappy. It’s a film about obsession, lust, and entrapment that follows a claustrophobic rhythm.

Luke Buckmaster of The Guardian recounted, “My mind certainly had time to wander; once Berlin Syndrome settles into its captor/captive cat-and-mouse game, the big question naturally concerns what will happen next.” 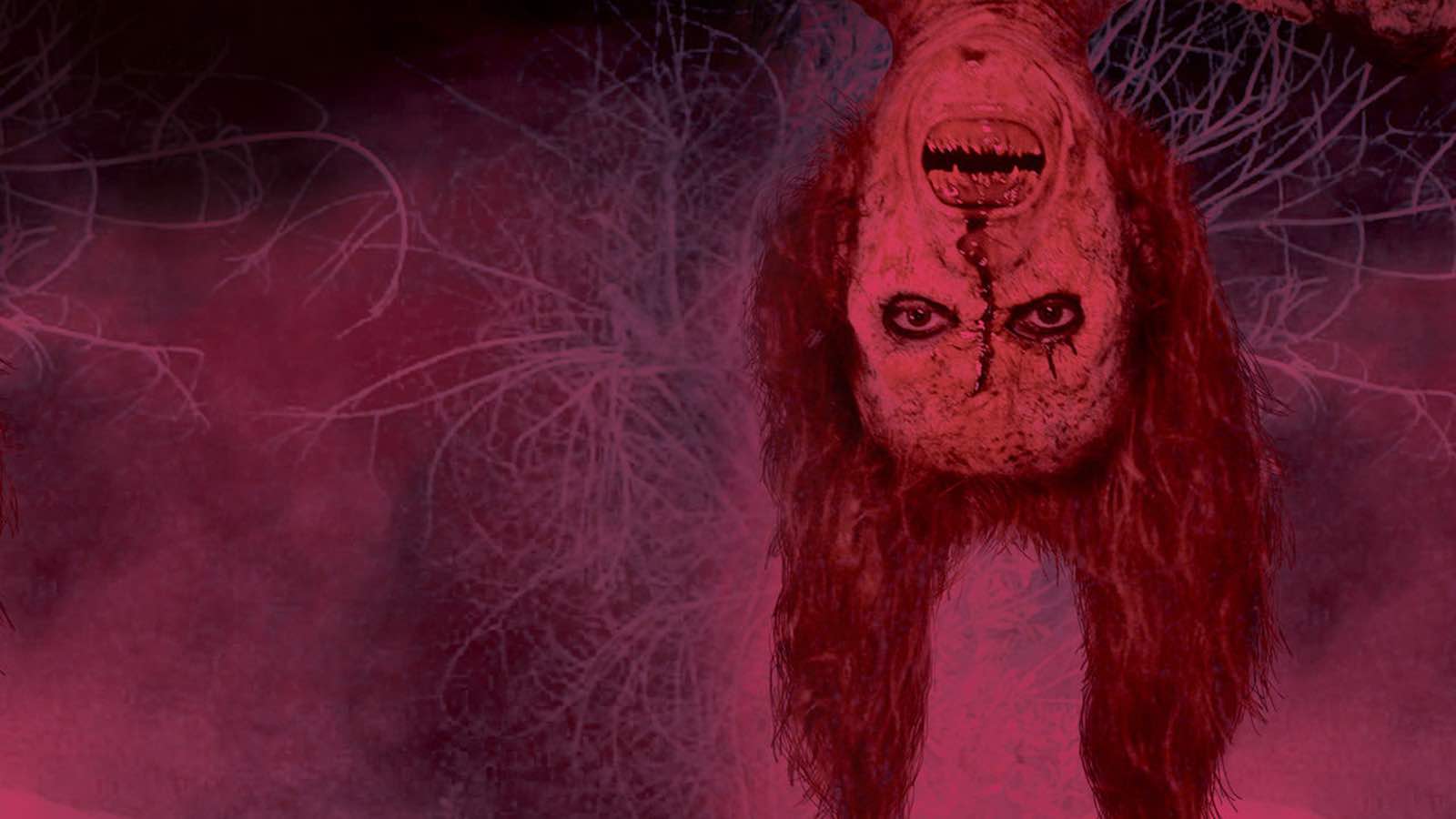 XX is a family fun-pack of horror short films from Roxanne Benjamin, Karyn Kusama, St. Vincent, and Jovanka Vuckovic. Benjamin worked on horror anthologies before with Southbound, and Kusama has been subverting sexuality into terror with films such as Jennifer’s Body for years. St. Vincent, also known as Annie Erin Clark, is a pop star with a hit album out now who is turning her sights to the world of filmmaking. Vuckovic is a short-film veteran after working the VFX grind for some time.

XX weaves stories, all helmed by and starring women, to create classic dollops of horror film terror. It’s an experimental and provocative set of stories, some of which subvert suburban society for horrific effects, while others, like The Box, dive straight into Twilight Zone territory.

Stephanie Zacharek of Time wrote “The Box is that rare short film that feels as satisfying and wholly thought-out as a full-length one. Its aura of restless dread sticks with you.”

Anna Biller’s modern-day witch thriller is subversive and yet charming as hell. Biller has worked on several short films and written stage musicals, and her oddball flair is fully on display in The Love Witch. Her debut film about 70s Los Angeles, Viva, took suburban social decay and tuned the horror edges.

The Love Witch commits to similar themes, following Elaine (Samantha Robinson), a modern-day witch determined to make men fall in love with her through magic spells. She’s unfortunately struck by an incredible love for a new beau and turns to murder and deceit to fuel what becomes a twisted narcissistic indulgence.

We fell in love with The Love Witch: “This campy, loving homage to the heyday of glorious technicolor relays a vital feminist message.” 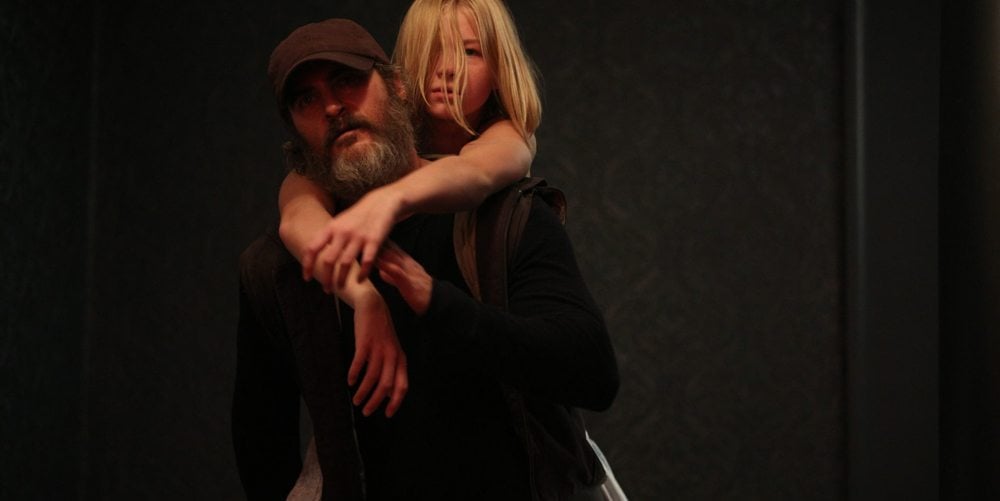 You Were Never Really Here

From director Lynne Ramsay comes a violent and brutal tale of rescue and revenge. Ramsay is best known for bringing us the disturbing We Need to Talk About Kevin, and her eye for unnerving filmmaking is on display in You Were Never Really Here, an adaptation of the novel from Jonathan Ames. Ramsay is a Scottish director who was on the indie beat for some time before delivering smash social-horror hit We Need to Talk About Kevin.

You Were Never Really Here stars Joaquin Phoenix (Walk the Line) as Joe, who follows the trail of a missing teenage girl. When things go awry, he is turned and corrupted in a maelstrom of bloody violence, leaving death in his wake.

Leslie Felperin of the Hollywood Reporter found it “has moments of magic that resonate long after it finishes.” 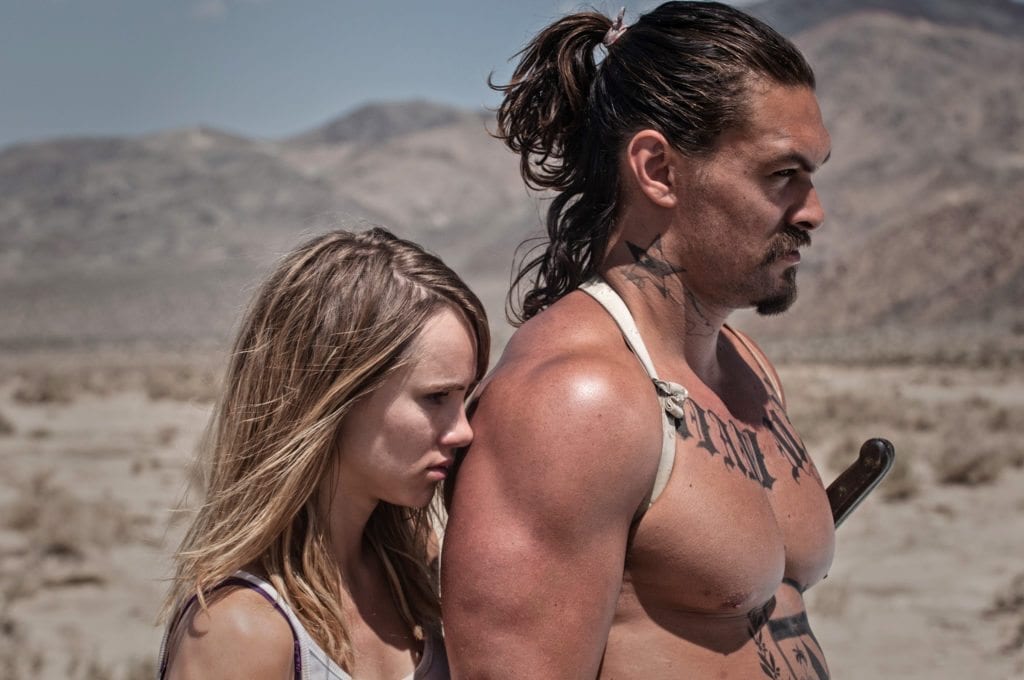 The Bad Batch is a post-apocalyptic horror flick from Ana Lily Amirpour. The English filmmaker has worked on incredible short films like A Little Suicide before her first feature A Girl Walks Home Alone at Night. Amirpour is also due to start some directorial work on Marvel’s Legion TV series.

The Bad Batch follows a group of psychopathic, cannibalistic cults in post-apocalyptic Texas, revolving around Arlen (Suki Waterhouse) entering a world of drama and despair. Appearances from big stars like Keanu Reeves (John Wick) and Jim Carrey (Eternal Sunshine of the Spotless Mind) feature throughout. It’s utterly bloody, if a bit of a disappointment, but Amirpour shows off her talent for raw shock-horror filmmaking.

We predicted it’s “a flawed but ambitious work that hints at greatness to come.” 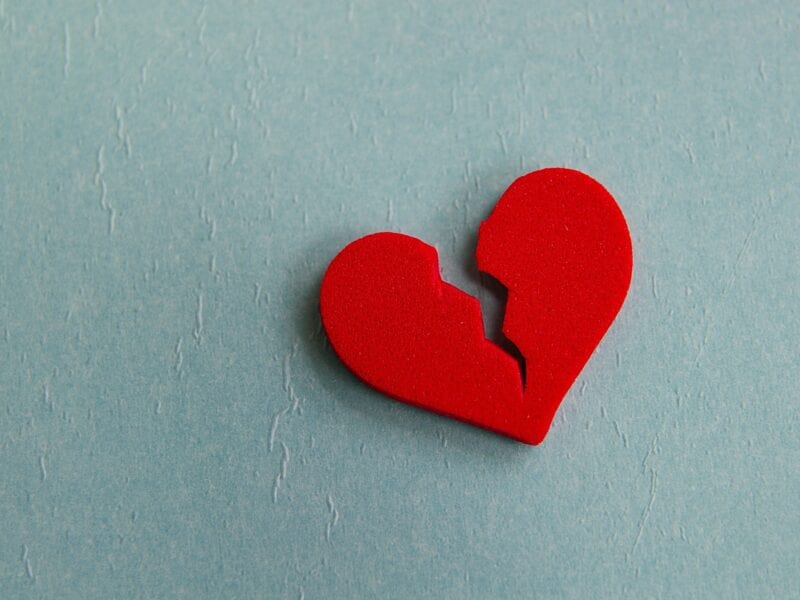 Date yourself and watch these anti-Valentine’s Day movies 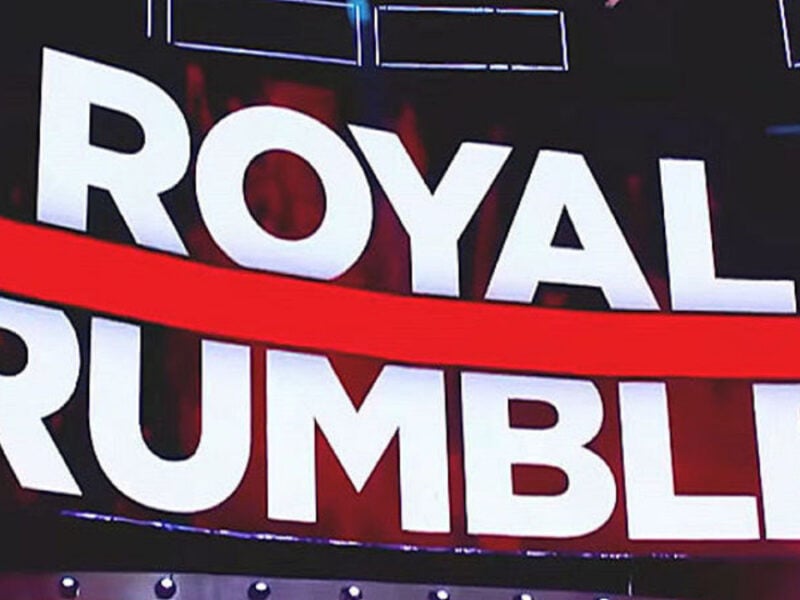 Royal Rumble WWE 2021 Live: Matches, date and time in ET, TV channels, when & where to watch