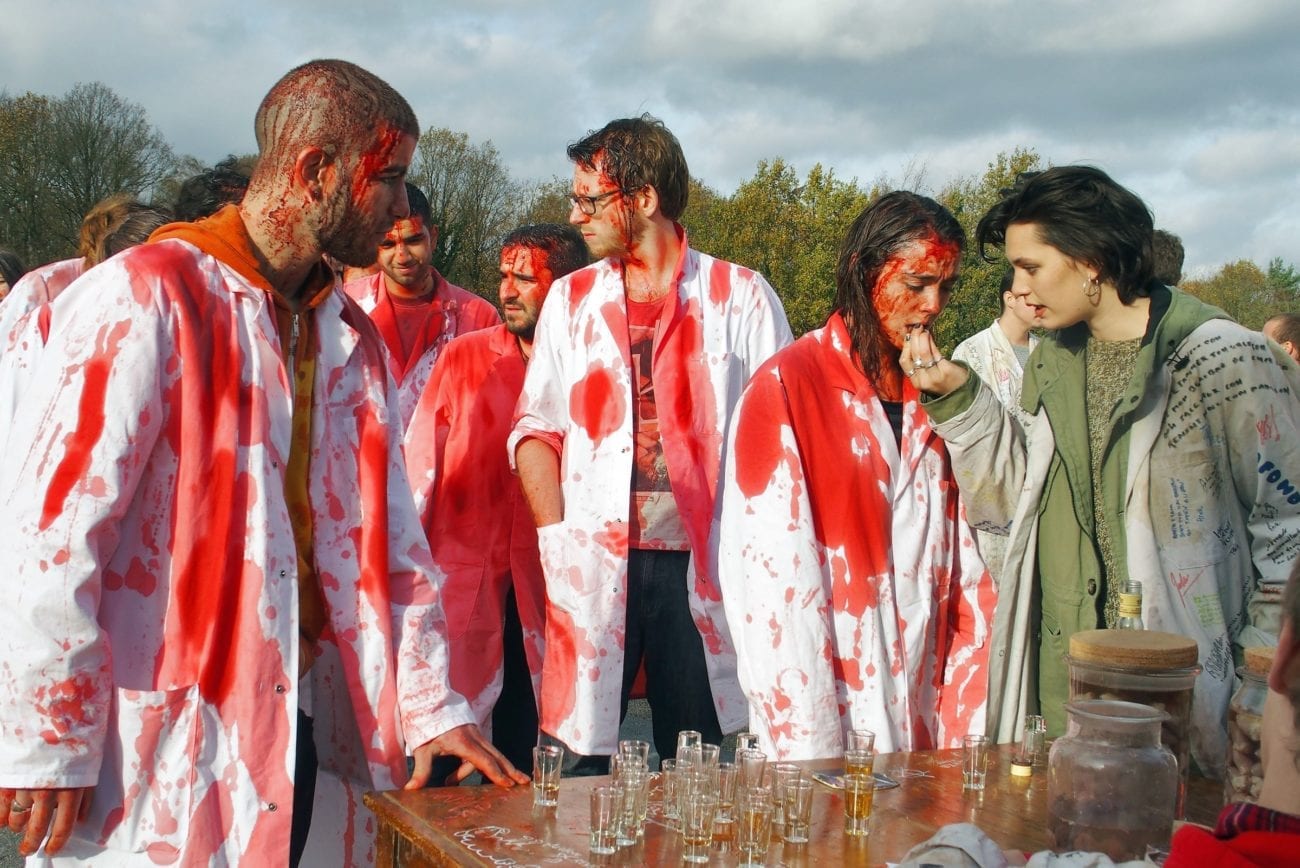 The reviews are in: ‘Skull Island’, ‘Raw’, ‘Personal Shopper’

Skull Island was panned by critics even in the development stage. Watching the trailer, it’s easy to understand why. If you like your monsters big, your plots thin, and your back stories tenuous, this is the film for you. Whet your appetite here.

The Dark Below (Parade Deck Films) on limited release now

Contrived, near-silent genre piece follows the story of a woman hiding from a crazed killer in a freezing lake. A run-of-the-mill directorial style from Douglas Schulze assures this film never lives up to the promise of its logline.

Noted UK journalist Louis Theroux does what he does best: analyzing taboo subjects and secret societies. This Scientology documentary doesn’t dig as deep as Going Clear, but it does bristle with laughter. A fun watch.

The Other Half (Brainstorm Media) on limited release & iTunes

Raw certainly ruffled some feathers when it debuted earlier this year on the festival circuit, with reviewers unsure if they wanted to clap or vomit. This classy cannibal horror singlehandedly resurrects the body-shock genre. Added to the thrills and (blood) spills are themes of adulthood, sex, hazing & conformity. The story is told relentlessly, with great editing and a glorious palette reminiscent of Dario Argento. This debut flick from Julia Ducournau is almost pitch-perfect, telling the very sorry tale of a young veggie gone bad.

The Sense of an Ending (CBS Studios) on limited release

Adapted from the novella by Julian Barnes, the film sadly isn’t a patch on the written work, with much of the work’s high points being lost in the decision to change narrative viewpoint. The highly introspective book doesn’t translate well to the screen, although Jim Broadbent does his best.