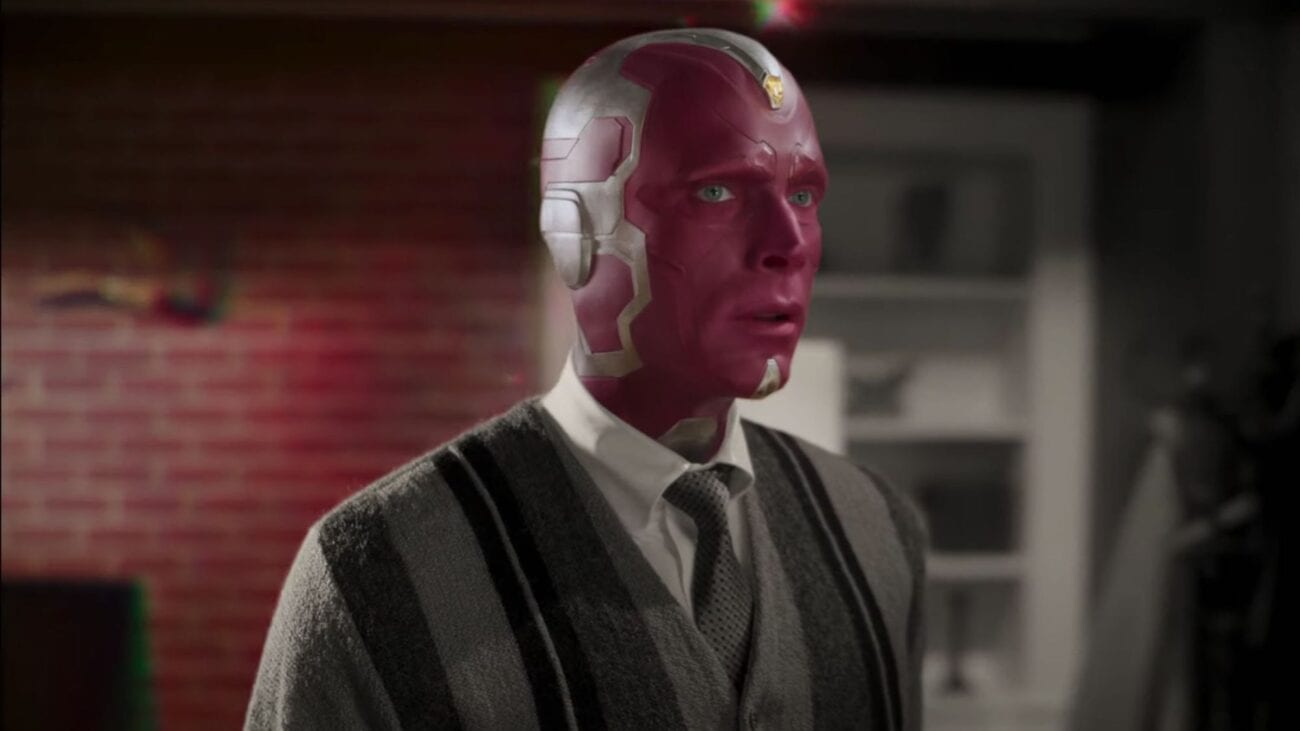 Will Vision die *again* at the end of ‘WandaVision’ season 1?

We’re four episodes deep into WandaVision and still have more questions than answers. While we think that season 1 is the first & only season in the series, this means that we still have five episodes to get everything we need to know from WandaVision. Namely…is Vision (Paul Bettany) going to die again at the end of the season?

Now, we’re getting into spoiler territory here. So just a head’s up for everyone before we head in. Because, oh boy, that moment with Vision in episode 4 was . . . it has us worried. We’re concerned about our favorite synthezoid. 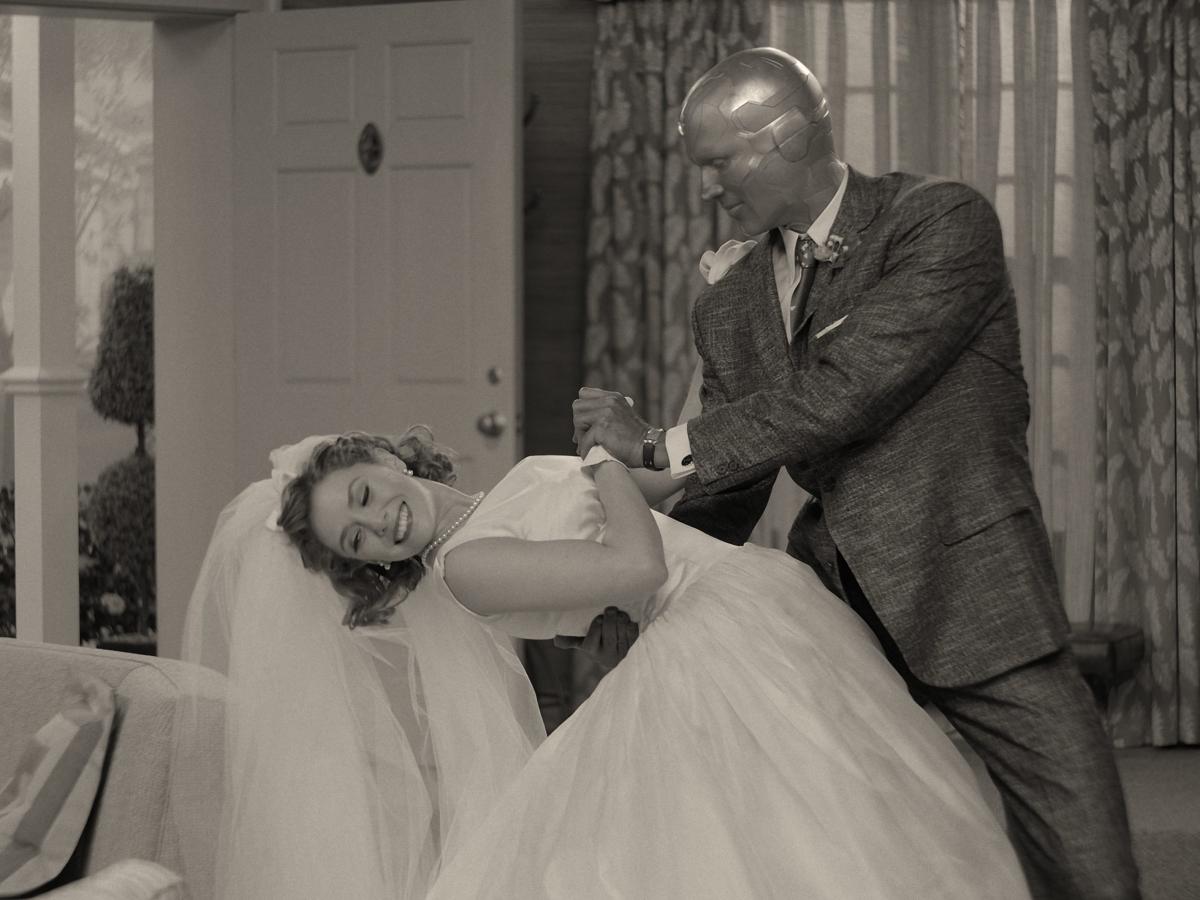 One of the central questions around WandaVision is whether or not Vision is actually . . . dead. He certainly looked dead at the end of Avengers: Infinity War. Wanda (Elizabeth Olsen) had to kill him before Thanos (Josh Brolin) got to Vision, which just shattered her and the audience. At the end of episode 4, we see Vision’s dead face just . . . pop up.

Yeah, Wanda & the audience were both shook. So while Vision is walking around, it doesn’t look like he knows he’s supposed to be dead. More disconcerting, is Wanda puppeting his corpse to play happy family with him? Like big yikes there. Or is something boosting Wanda’s power so she can “resurrect” her dead lover? We have so many questions, and no answers.

We’re all Jimmy Woo (Randall Park) and Darcy Lewis (Kat Dennings) eating chips and wondering what is going on in the world. 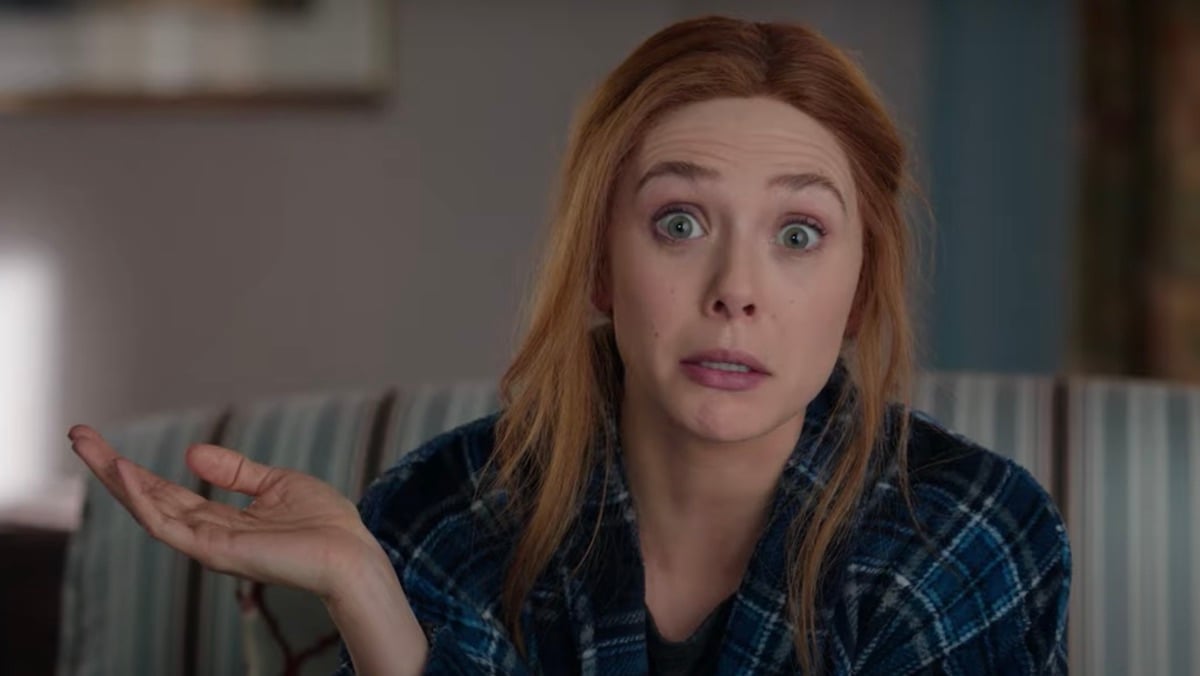 Is Vision going to die?

Listen, WandaVision has done more for Wanda & Vision’s characters than, like, three to four movies have previously. We’re invested now. We don’t want Vision to die at the end of WandaVision, whether or not this is a miniseries or just season 1. Based on the evidence given, it looks like Vision will return to his previously dead state at the end of the season.

Basically, it comes down to the theory that all of this is Wanda avoiding her grief. In the span of a couple of years, her twin brother (Aaron Taylor-Johnson) and her lover died in both really traumatic ways. On some level, she felt it. Plus, there were a few years where she was an international fugitive and that’s never a great mental health toll on a person, you know?

Dead doesn’t always mean dead, especially in comics. But the whole metaphor of Wanda dealing with her grief in a healthy way? It’ll be lost otherwise unless she deals with Vision’s death, gets to say a proper goodbye. No one can live in a fantasy forever, even if Wanda does somehow have reality bending powers now. 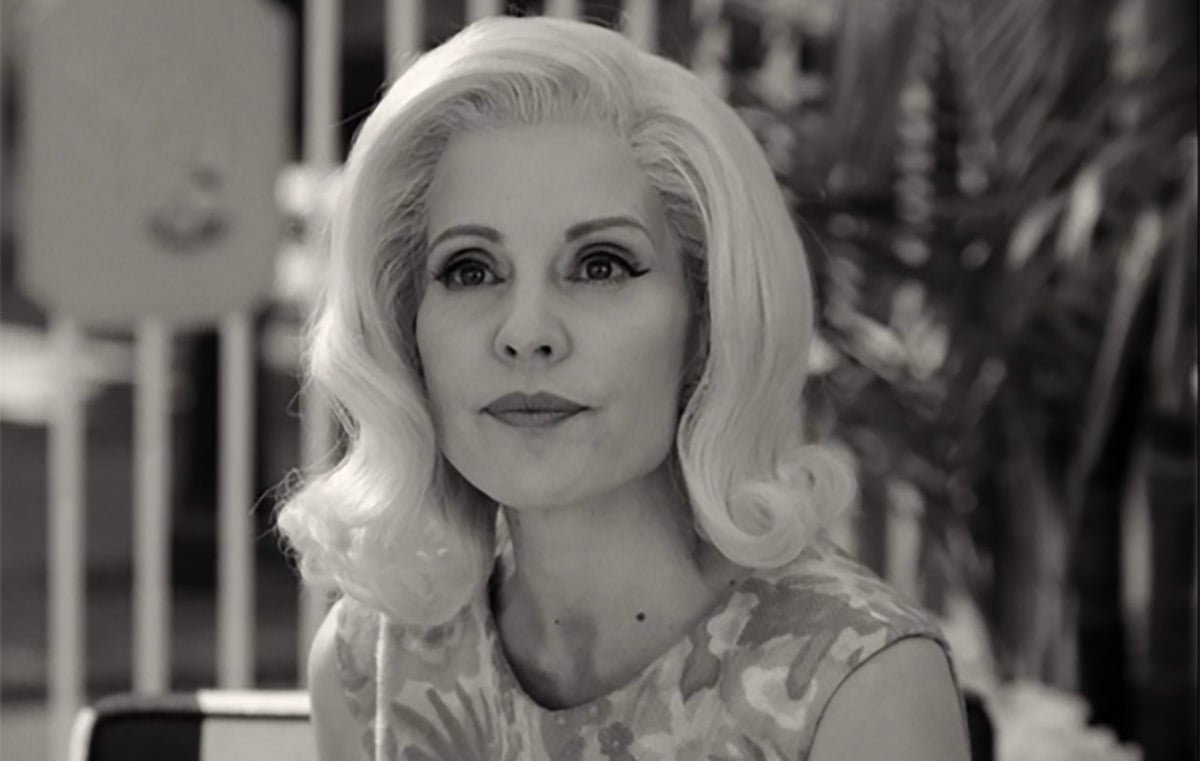 Unless a Hail Mary is pulled out in a major way, it looks like we’re going to have to say goodbye to Vision for good at the end of WandaVision. What is a season finale without a death to wreck the audiences? It’s practically a trope of its own at this point. Why is everything going down? We don’t know. Though we do this Dottie (Emma Caufield) and Agnes (Kathryn Hahn) have some answers to give us.

At this point, Dottie hasn’t even ended up on the board of Westfield residents and Agnes hasn’t been identified. Maybe, they have something to do with what’s going on with Wanda, Vision, and Vision’s impending second death? We have to stay tuned to find out. Either way, we’re still going to be emotional wrecks by the end of the season. Stock up on tissues, people. Now.

WandaVision releases a new episode every Friday on Disney+. Do you think Vision will die at the end? Let us know in the comments! 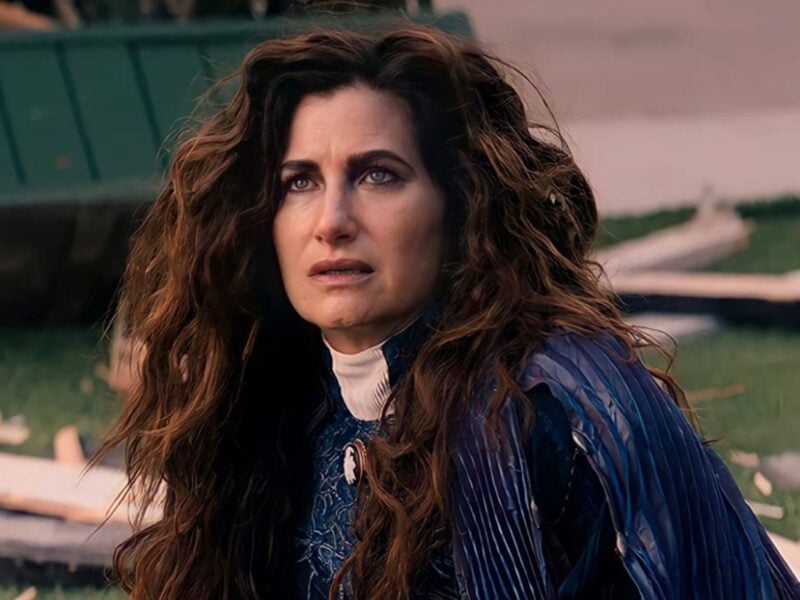