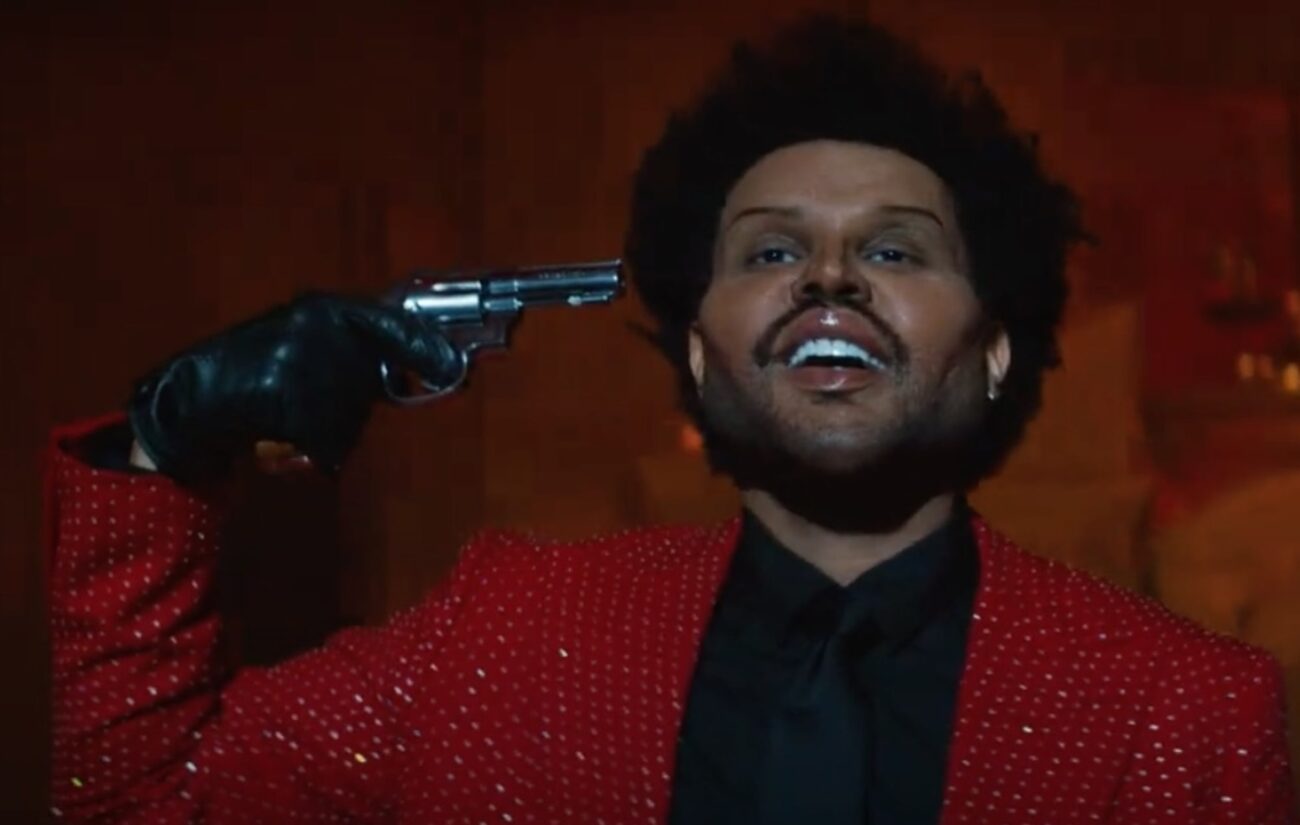 Save Your Tears: What happened to The Weeknd’s face now?

The Weeknd’s face can’t seem to stay out of headlines thanks to his ugly mug, and fans have been wondering what the heck is going on with the artist’s ever-changing visage. Things came to a head when his latest look was revealed in the “Save Your Tears” video that dropped last week. So what happened to The Weeknd’s face now?

The Weeknd, aka Abel Tesfaye, has gained notoriety for his music since his breakout mixtape House of Balloons dropped in 2011. The album gave music fans a moody R&B masterpiece dripping with sex that had us all wondering, who the hell is this man? Before long, we all found out and The Weeknd’s face was strewn along media outlets of all sorts, now included with the greatest of the pop elite.

Now, the Weeknd’s face is a bigger topic of conversation than his music, as publications across the board continue to report his changing look over the past year. Is it all a publicity stunt, artistic statement, or has the Weeknd really undergone a massive cosmetic surgery operation on his face? To gain a better understanding, let’s take a look at how The Weeknd’s face has changed over the last year. 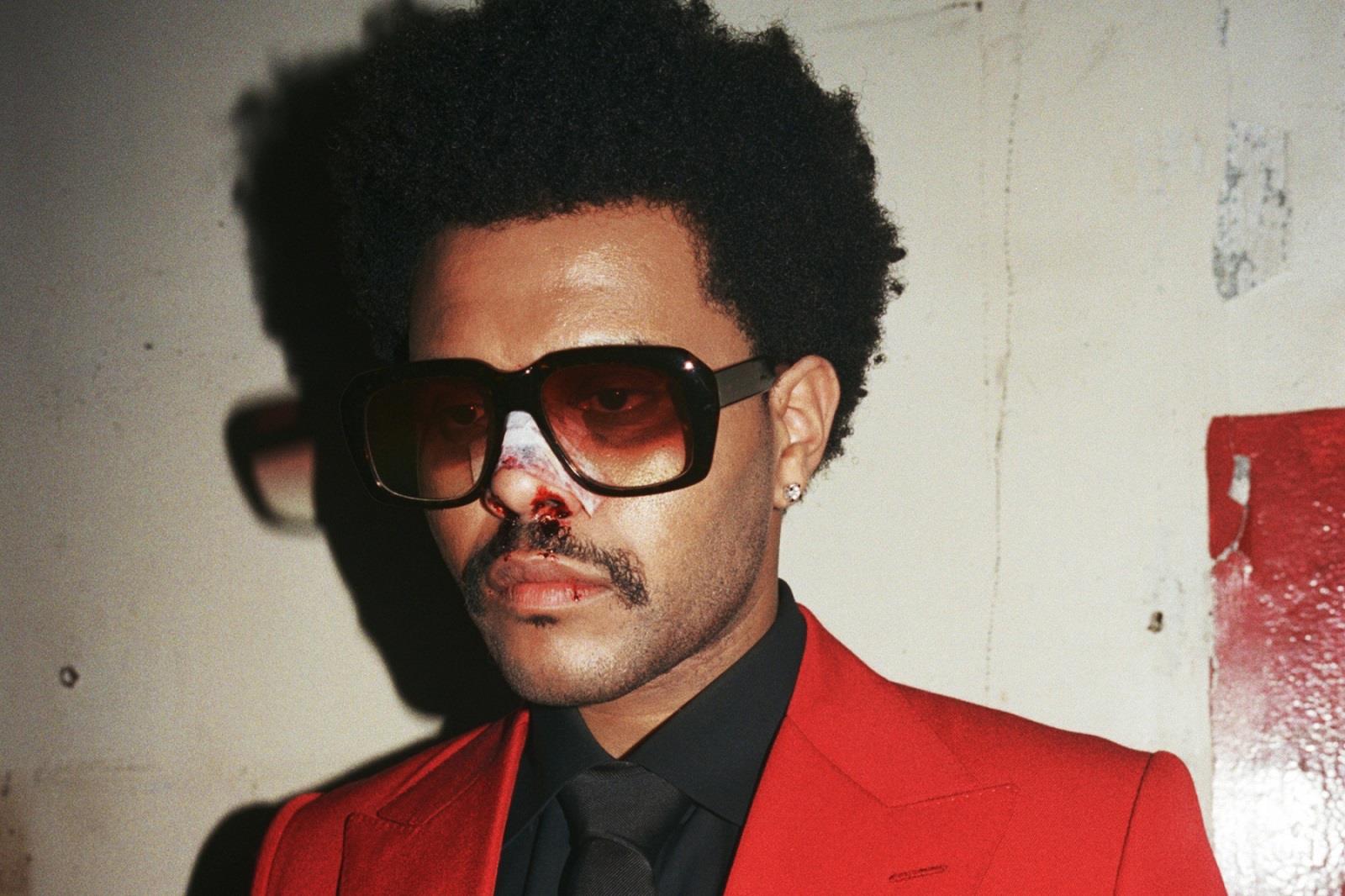 The Weeknd started filling headlines with his look back in March of 2020, when he appeared on SNL within a week before lockdowns began in the U.S. amid the COVID-19 pandemic.

He appeared on stage with a small bandage on his nose, an apparent fat lip, and looked as if he had just been in a fight. He performed “Blinding Lights,” & “Scared to Live.”

Perplexed fans continued scratching their heads as the Weeknd’s face kept bringing in headlines throughout the year. The next sighting of Tesfaye’s busted face came in August 2020 when the artist was spotted on the MTV VMA’s red carpet. 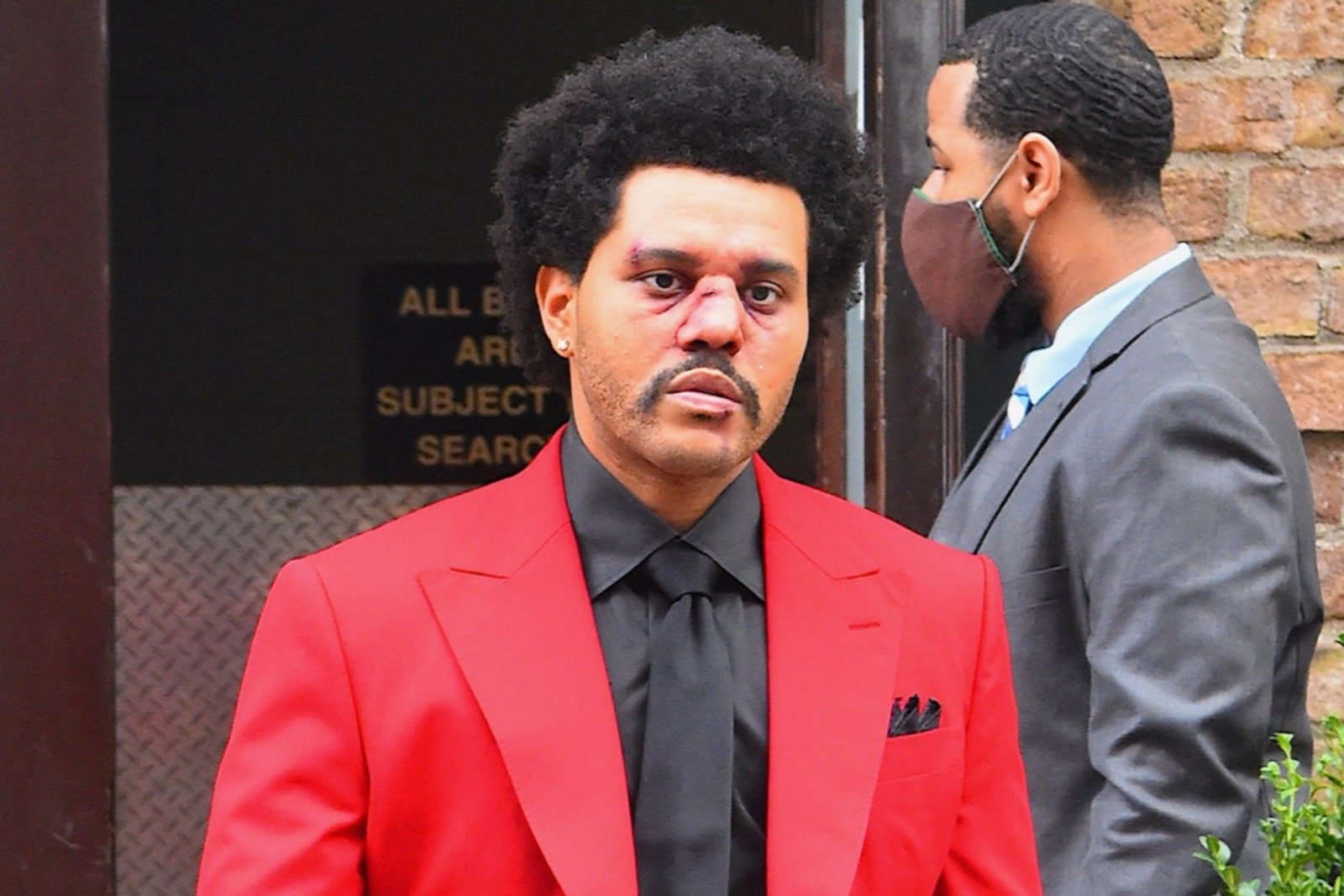 This time, The Weeknd didn’t wear a bandage, but he appeared to have two black eyes & a swollen nose as if he had just lost a fight. He didn’t have any bandages this time, and perhaps fans thought this might be the end of the beaten look for The Weeknd. Would we soon see the artist get the healing he needed? 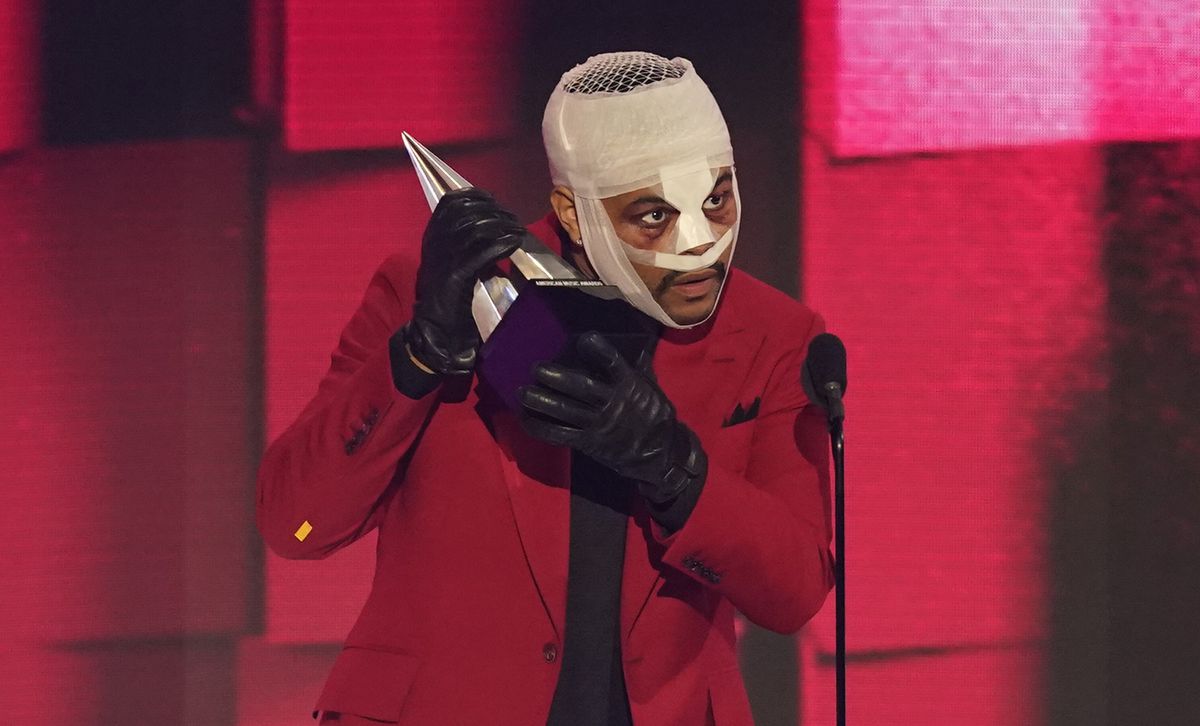 Fans were shocked to learn the Weeknd’s face was nowhere near over it’s evolving metamorphosis in November on the red carpet of the American Music Awards. This time, we saw the Weeknd’s boldest look yet.

The artist appeared both on the red carpet & on stage receiving awards with a full face of bandages and what appeared to be a swollen face underneath. The artist wore the same red & black suit we saw in his earlier stages of bloody facial development, underscoring a head wrapped in gauze, and face covered in bandages. 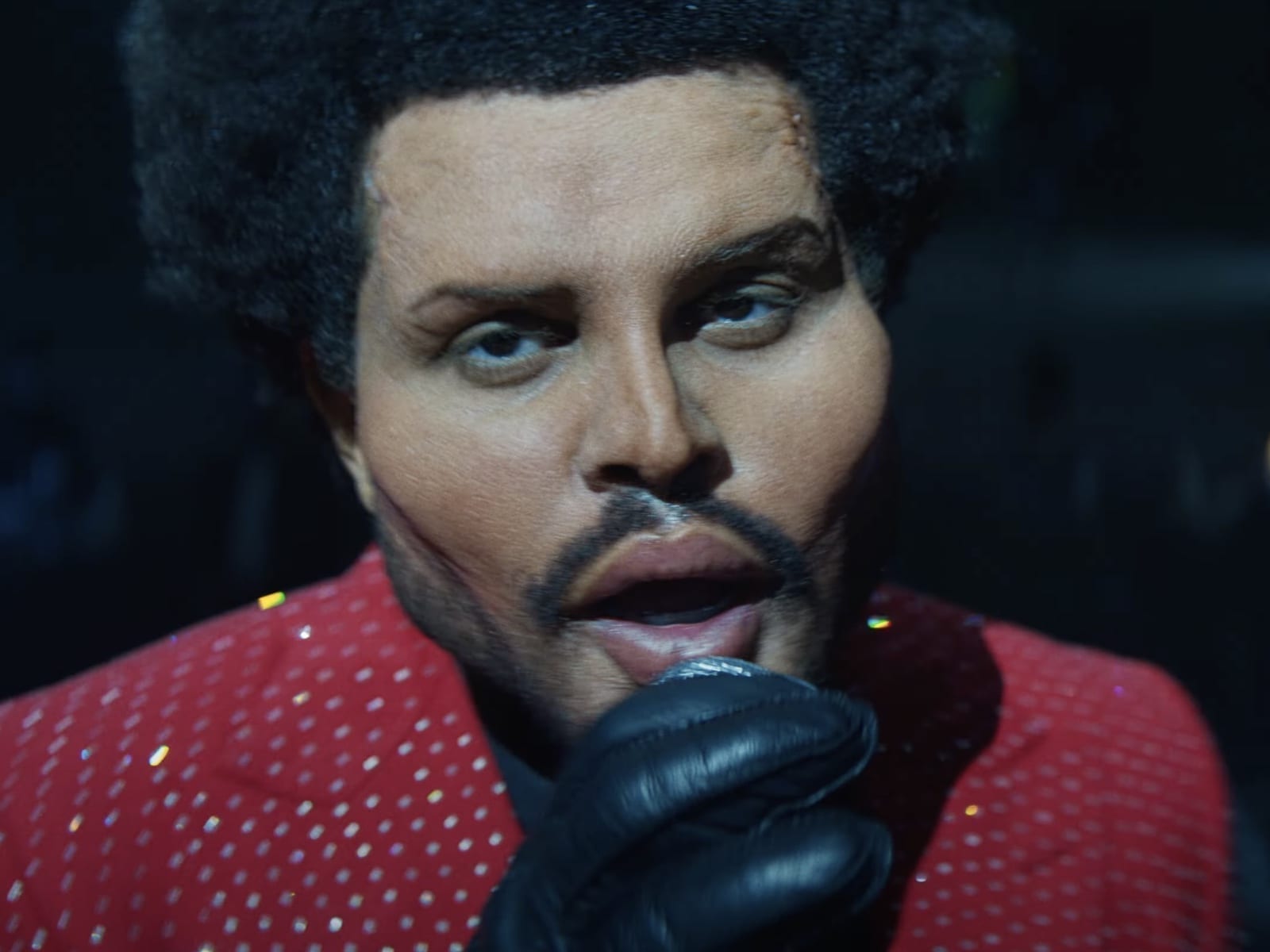 The most shocking development to the Weeknd’s face came with the release of “Save Your Tears” last Tuesday. The music video shows The Weeknd with a brand new face entirely, not a bloody one covered in bandages but a clean, healed, plastic face with the chiseled jaw of a G.I. Joe action figure.

Fans & haters alike were in shock & awe of The Weeknd’s new face, and twitter exploded with memes roasting & praising the new look. Confusion ran rampant; was this The Weeknd’s real face? Were these stages of his look a build up to this great reveal of his permanent new look?

Fans were given an answer a few days ago with a recent post on The Weeknd’s instagram promoting his upcoming Superbowl performance. So what’s up with the Weeknd’s face now? 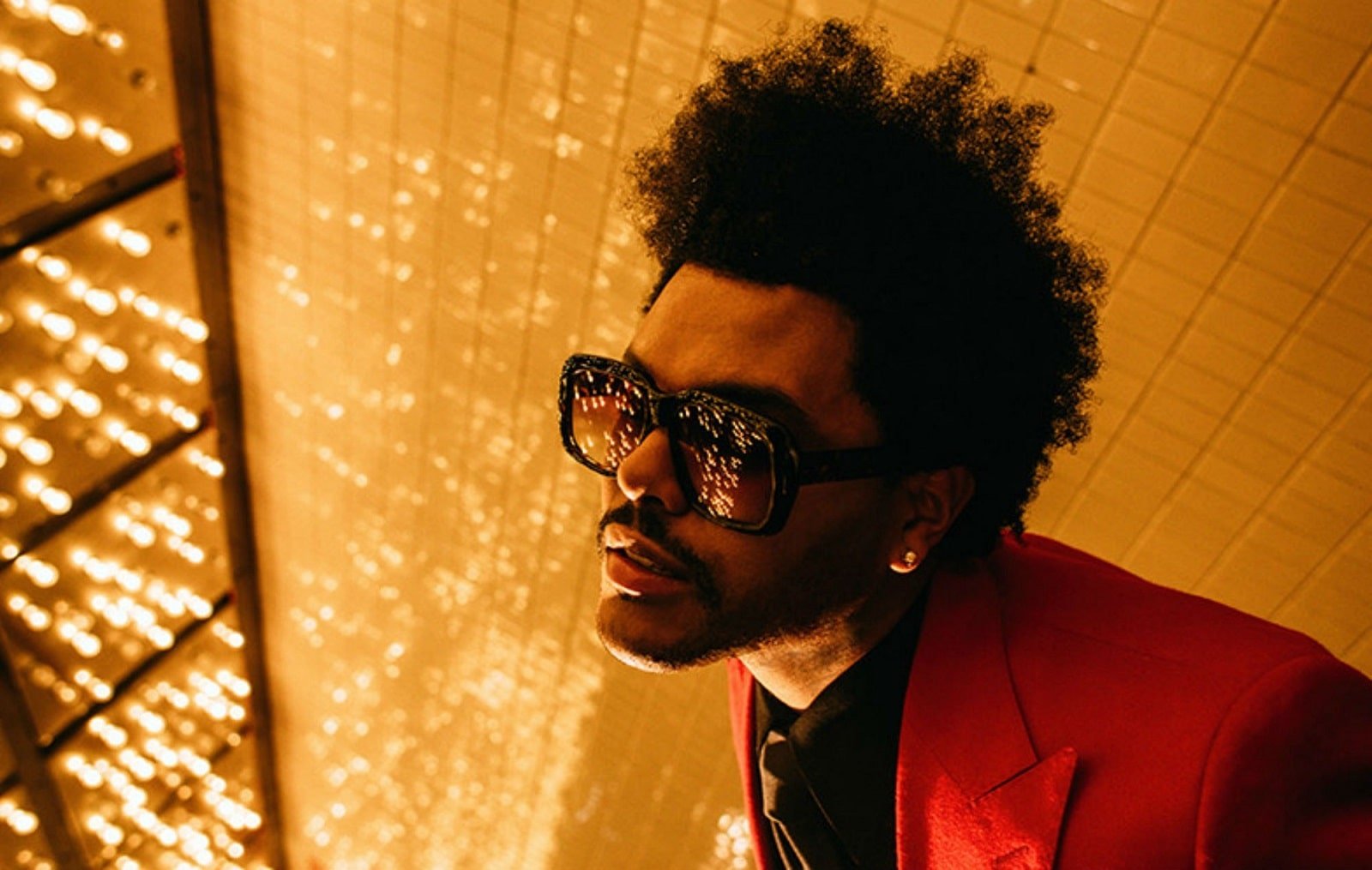 The New York Post reported The Weeknd’s shocking plastic surgery look was, as many suspected, a result of CGI & prosthetics as a look for his new video. The artist gave us a look at his natural, unbandaged face in his latest IG post, where he literally winks at us with the face that his mom gave him (Damn, Abel, you almost had us).