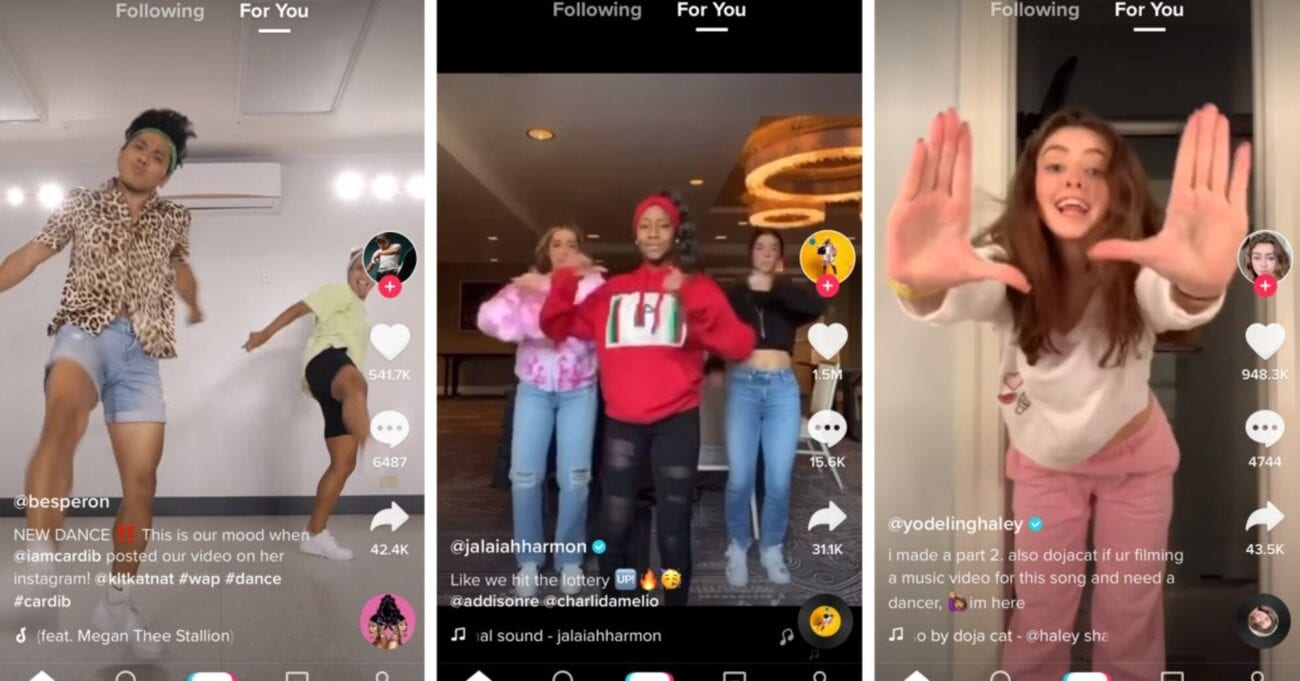 Don’t be Supalonely: Listen to these trending TikTok songs now

Whether it’s from a TikTok dance you tried to learn during quarantine, a TikTok trend you did with your friends, or from other videos you’ve seen while mindlessly scrolling through the popular app, if you use TikTok, we’re sure you’ve had to have one of the popular TikTok songs stuck in your head at one point or another.

TikTok trends spread like wildfire, and just like the trend or dance, the songs included in the videos get just as popular because of it. Many musicians have blown up, made it big, and have gotten millions & millions more of streams on music services thanks to it. There are even plenty of playlists out there for fellow TikTok lovers that feature all the songs made popular from the app.

If you’re a fellow TikTok user and also can’t get enough of the app, then let’s take a look at some of the best trending TikTok songs on the app and dance along.

“I know I f*cked up/I’m just a loser/Shouldn’t be with ya/Guess I’m a quitter”. If you’re familiar with these lines, we know you must have spent an awful lot of time on TikTok when quarantine first broke out. All the songs that go big on TikTok end up going big on music streaming platforms as well, and “Supalonely” remains indie-pop artist BENEE’s most popular song to this day. We love this adorable dance!

This is also another incredibly popular song on the TikTok app right now. After dances of “Mood” came out all over the app, the song dominated the Billboards 100 chart and became immensely popular on music streaming platforms such as Apple Music and Spotify. Whether you’ve ever listened to the song in its entirety or not, we’re sure the lines “Why you always in the mood/f*ckin’ round, actin’ brand new” sounds familiar.

“Say So” by Doja Cat

“Say So”, “Streets”, “Juicy”, and plenty more. . . It seems that every time Doja Cat comes out with another new single, social media is absolutely obsessed with it. When it comes to the Queen of making viral TikTok songs, the crown would probably go to no one other than Miss Doja Cat herself. This musician seems to know exactly how to make catchy beats and fun choruses that are bound to end up as viral sensations on TikTok.

Some TikTok songs just want to make us bawl and eat a tub of ice cream while missing our ex, and “drivers licence” by Olivia Rodrigo is the perfect example of that. Currently, this song has over 600 million streams on Spotify, and we’re sure Olivia Rodrigo has to thank TikTok for spreading this beautiful, heartbreaking anthem around like wildfire.

The breakdown where she screams and sings “Red lights/stop signs/I still see your face in the white cars/front yards” is absolutely unforgettable and will send chills down your spine. People on the app also got incredibly creative with it, and started their own trends with that part in the song. Check it out in the video above.

This is one of those lovey-dovey romantic songs TikTok blessed us with that will have you daydreaming about that special someone. To pair with the adorable song, the TikTok dances for this single are also just as cute. We also have to admit that the lyrics “space girl, I saw a lunar eclipse/looked like how I feel ‘bout your lips” are just the most romantic lyrics we’ve ever heard on the app.

What are some of your favorite TikTok songs you’ve discovered thanks to the app? Let us know in the comments.