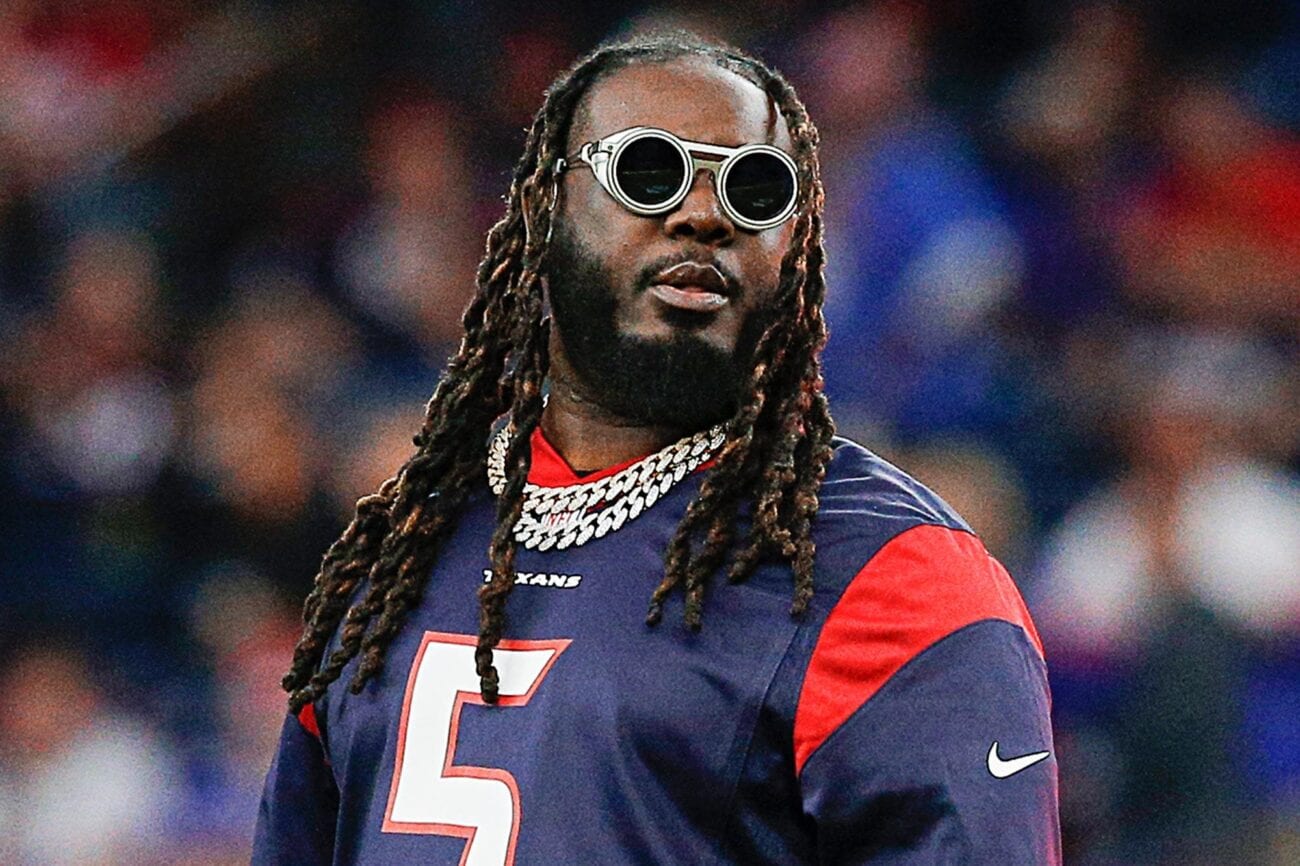 Singer T-Pain recently admitted on an episode of Netflix’s This Is Pop, a docu-series that tells some incredible behind-the-scenes stories from some of our favorite music singers, that Usher had once told the singer outright that he had “f*$%#d up music”. T-Pain disclosed how the conversation took place on a plane on the way to the 2013 BET Awards, where Usher criticized the auto tune singer for his trademark sound.

T-Pain, famous for songs such as “Blame It on the Alcohol” and “Buy You a Drink”, definitely changed music forever with his autotune style, but not necessarily for the worse. That being said, Usher, who has been around since the late 1990s, seemed to have a bone to pick with somebody who’s not as naturally gifted as him. Of course, one could argue T-Pain proved Usher wrong given his win on The Masked Singer.

Regardless of T-Pain’s talent, the singer did disclose on the This Is Pop episode that that very moment with Usher on the airplane spiraled him into a four-year depression, forcing him to reflect on his own career and if he truly did ruin music. Lucky for T-Pain, he has the support of Twitter, who are reaching out in the masses to support the singer and his classic auto tune style. Care to read some of the best comments? Let’s delve in.

I love what @TPAIN brought to music
And I love the fact he is still doing it and evolving it. As for real singers comment by Usher, Pain is one, a great one! 🙏🙏🙏 https://t.co/aZAQ9naKF3

Check out the video

Along with T-Pain’s reveal is a sweet Twitter sentiment reflecting on how T-Pain evolved music for the better.

Cancel culture is coming for the “I Need a Girl” singer, next.

Usher is an undeniable heavy hitter in the industry, but to say that t-pain “ruined” music??? Thats next level delirium bro bro

“Very good people on both sides.”

I'd be real curious to know if Usher had that same talk with Kanye after he did his autotune album, or if he just wanted to bully T-Pain.

Would Usher confront Kanye for these same stylistic choices?

T-Pain literally birthed a new wave of music. Did usher ever do that?

Many did call Usher a “watered down” version of Michael Jackson in his prime.

Usher can kiss my ass. I wish I could give Tpain a hug

Give T-Pain all the hugs

The man really does sound sweet, and clearly Twitter agrees.

i can’t imagine my college experience without the song Buy U A Drank so no Usher, T-Pain did not ruin music

T-Pain was a very important part of many of our weekend nights. Let’s be real.