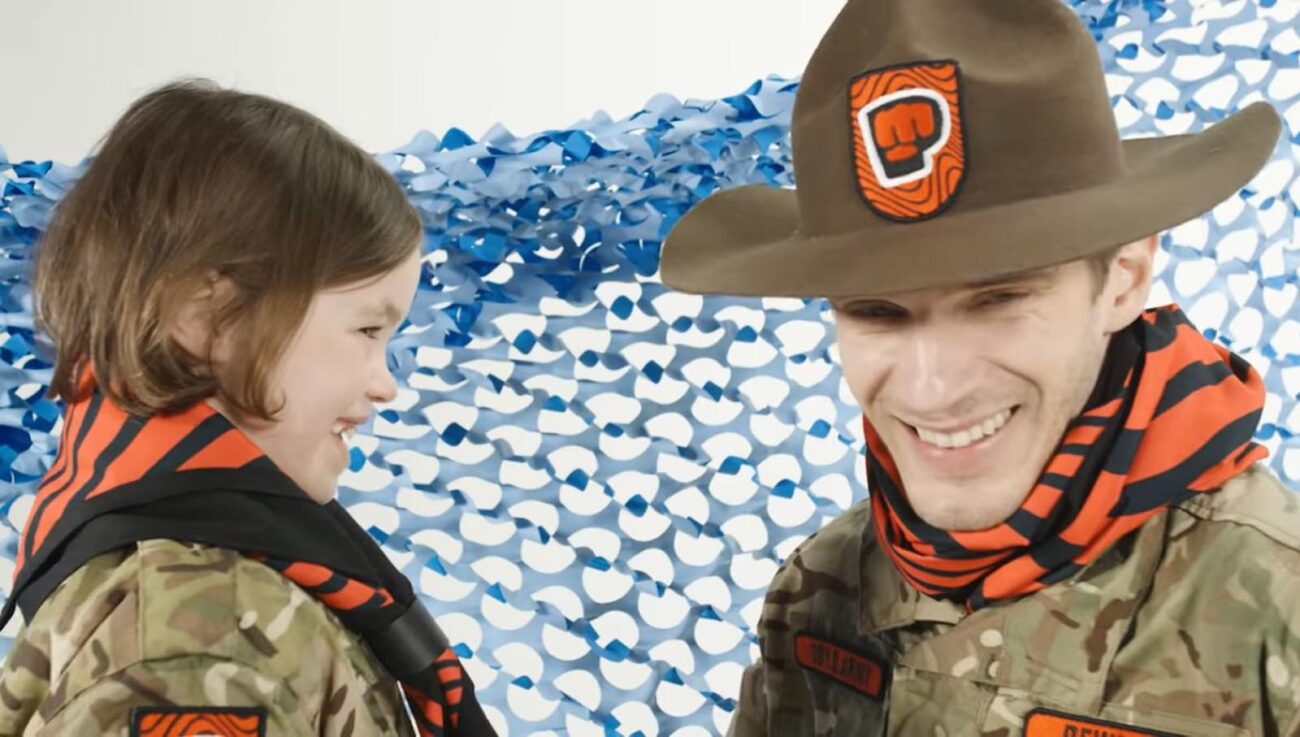 Oh boy, oh boy, YouTube has made yet another decision that has creators confused about where the line is and users wondering how long until YouTube is a PG palace for minors only. We recently covered Pewdiepie’s latest diss track where he makes fun of the kid-friendly channel Cocomelon, but the video has now been deleted.

Pewdiepie created it because at one point he was the most subscribed-to channel on the social media platform by a wide margin. Now, as a joke with his audience, he starts beef with channels that are close to the same number of subscribers. In a follow up video Felix states “I don’t actually care about Cocomelon” while informing fans the meme is now dead.

The diss track was nothing shocking by Pewdiepie standards, but apparently YouTube took issue with it since it’s no longer available on the YouTuber’s channel. Here’s what’s going on and what Twitter has to say about the situation. 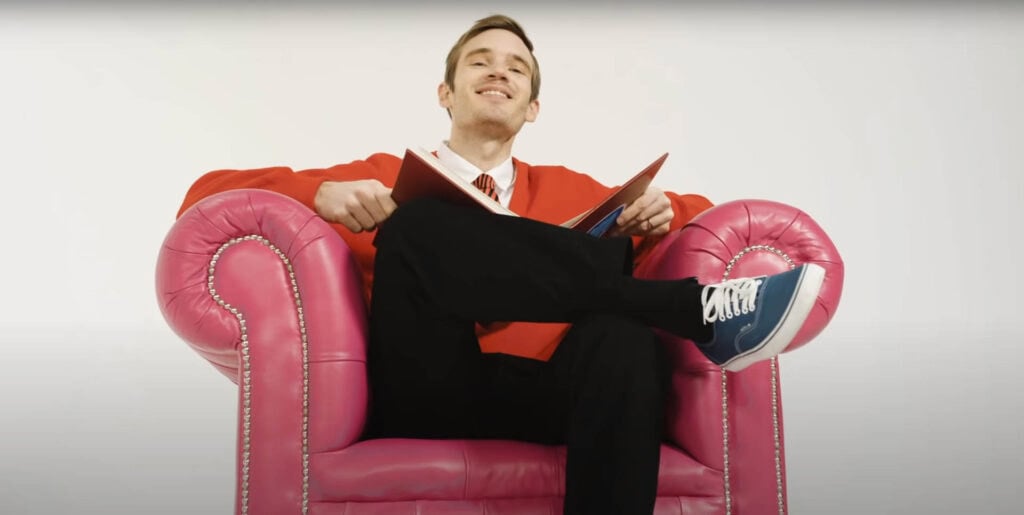 Since we can’t just embed the YouTube video for you, let’s talk a bit about what was in Pewdiepie’s video. The music video opens with Felix dressed up in an outfit reminiscent of Mr. Rogers while sitting in front of a small group of children. The video quickly turns into a swear-filled (Felix later said that he never swore in front of the kids – a censored version of the song was used on set) diss track pointed at Cocomelon.

The video devolves into watermelon destruction (Cocomelon uses watermelon imagery in their branding) and what one could potentially describe as a child army. All this happens while Pewdiepie sings about how stupid Cocolmelon is, that santa isn’t real, and other ridiculousness.

Felix also drags 6ix9ine into the mess by calling him a snitch, but that confused his fans just as much as it did everyone else. 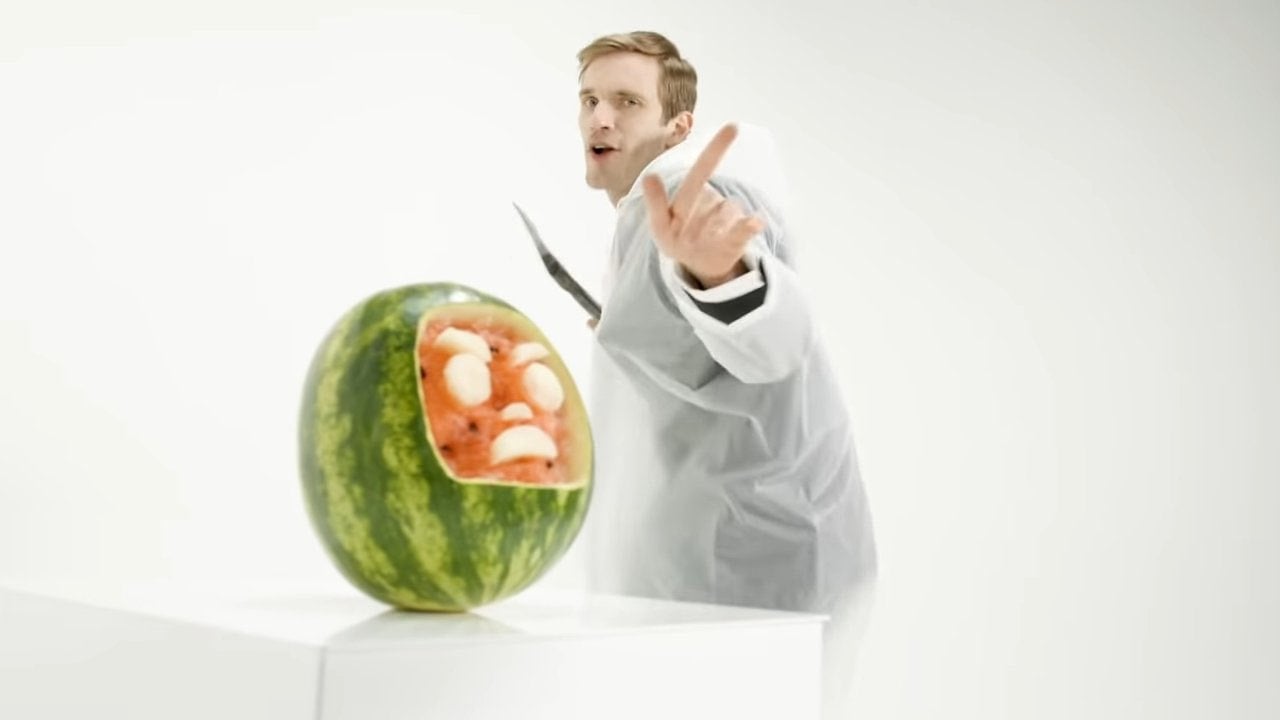 After about five days of the music video simply called “Coco” being live on the site, YouTube apparently decided it was against their terms of service and removed it.

Whether you love or hate Pewdiepie, a lot of people were puzzled over why the video wasn’t allowed since it seemed to fit within YouTube’s own guidelines. While they’re against bullying, threats, and harassment, YouTube specifically states there are exceptions.

One of the exceptions includes “Scripted performances: Insults made in the context of an artistic medium such as scripted satire, stand up comedy, or music (such as a diss track).” YouTube claimed on Twitter that another reason for the video removal was for “looking like it was made for kids”. We’ll unpack that one momentarily.

Keemstar is the go-to YouTuber of all things drama & newsworthy that relate to the platform. Shortly after “Coco” was deleted he posted a Twitter video. Keemstar’s take is what one that we’d label “on the fence”. You can tell he doesn’t agree with the decision, but he also isn’t surprised by it.

He finishes the video saying he wants to know what other people think. It seems Keemstar didn’t need to ask because Twitter has had no shortage of opinions. In fact, as of writing this Pewdiepie has recently begun to trend on Twitter over the removal of his video.

Twitter is upset for a few reasons. For starters, a lot of people were just upset because they hadn’t gotten around to watching the video yet. Oops. Others were annoyed by YouTube’s excuse – YouTube instated the ability to mark videos as made for kids or not made for kids years ago – you can also do this with an entire channel.

Youtube has some bs going on, some at hq must hate pewdiepie because they breaking there own rules. Theres videos way worse than this and they target this one??? If your gonna take this down take down the other shit that dont belong on there and change your TOS. pic.twitter.com/pdgzsiYnHQ

If Pewdiepie marked his video as “not for kids” then he shouldn’t have gotten into any hot water for this. Granted, we can’t know for certain that he did check the box, but it’s somewhat hard to believe that he didn’t.

Twitter is also peeved because YouTube has a lot of other content that users deem worse than what Pewdiepie created. One prime example is a video titled “Naked Yoga 2021 Nude Exercise” – and no it isn’t clickbait. 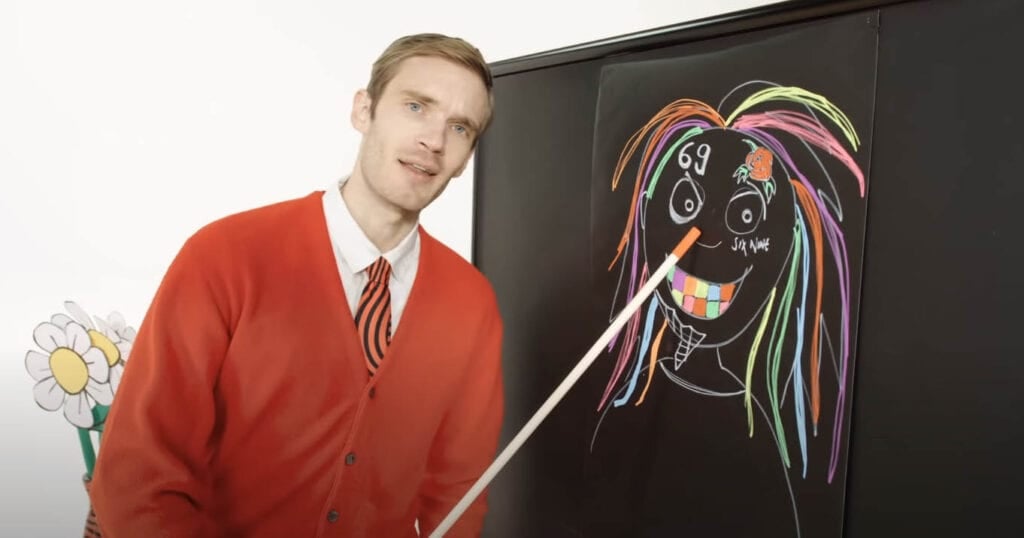 Essentially, people are tired of seeing creators being treated unfairly by YouTube. It’s not the first time Pewdiepie has been in hot water (far from it) and he certainly isn’t alone in being treated as disposable by the platform despite literally being one of YouTube’s biggest money-makers.

At this point, it’ll be interesting to see if YouTube backtracks on their decision and allows Pewdiepie to reupload the music video or if Twitter’s outrage will go ignored.