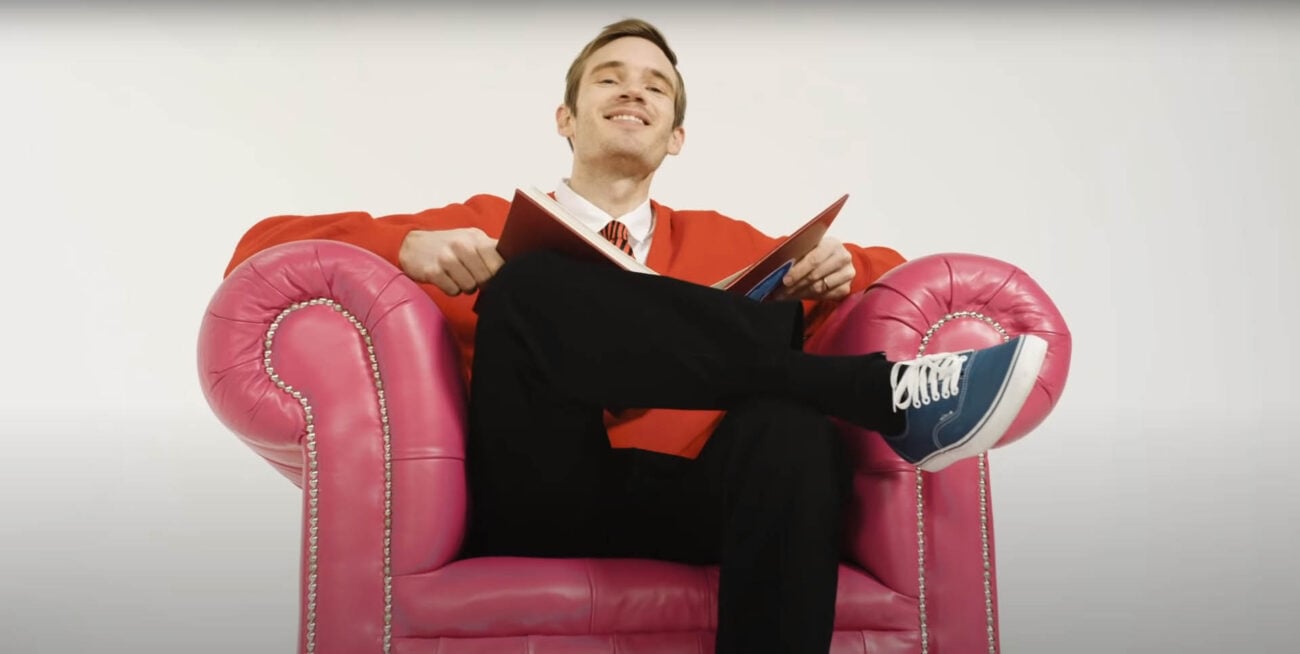 Pewdiepie is a notorious name on the YouTube platform. Whether you love him or hate him you know who he is and you’ve likely watched a few of his videos. Pewdiepie (real name Felix Kjellberg) knows how to make a splash on the internet to get people talking about him. It’s why he’s one of the biggest channels on the video site and why he’s been able to keep his YouTube career going for ten years while other OGs fade away or move on.

Pewdiepie’s most recent attention grabber is a YouTube diss track aimed at Cocomelon – a YouTube channel that creates kid-friendly content. Yeah, it sounds weird, we know. Before you ask, “doesn’t Pewdiepie run a gaming channel?” let us tell you that yes, yes he does.

However, Pewdiepie does semi-regularly depart from gaming videos to do anything from taste testing Japanese whiskey to the occasional music video. Why? Because he can, probably. Here’s the answer to all the questions you might have regarding the new video.

The video in question

The video is simply titled “Coco” and it isn’t the first Pewdiepie music video – he also released one in 2018. This new YouTube video takes aim at Cocomelon, a channel that creates kid-friendly songs and music compilations ranging from lullabies to educational music.

The video features Pewdiepie opening the video with a small group of kids while he’s dressed in an outfit reminiscent of Mr. Rogers. However, the video quickly devolves into a profane song dissing the Cocomelon YouTube channel as Felix pretends to educate the children on heartbreaking subjects such as your mom lying when she says you’re smart and that the family dog didn’t actually go to heaven.

The video depicts Pewdiepie dressing the little kids up in army wear, Felix in a samurai suit, watermelon destruction that seems like a threat to Cocomelon, and more. Oh, and there’s a weird number of 6ix9ine callouts considering the video isn’t about him. 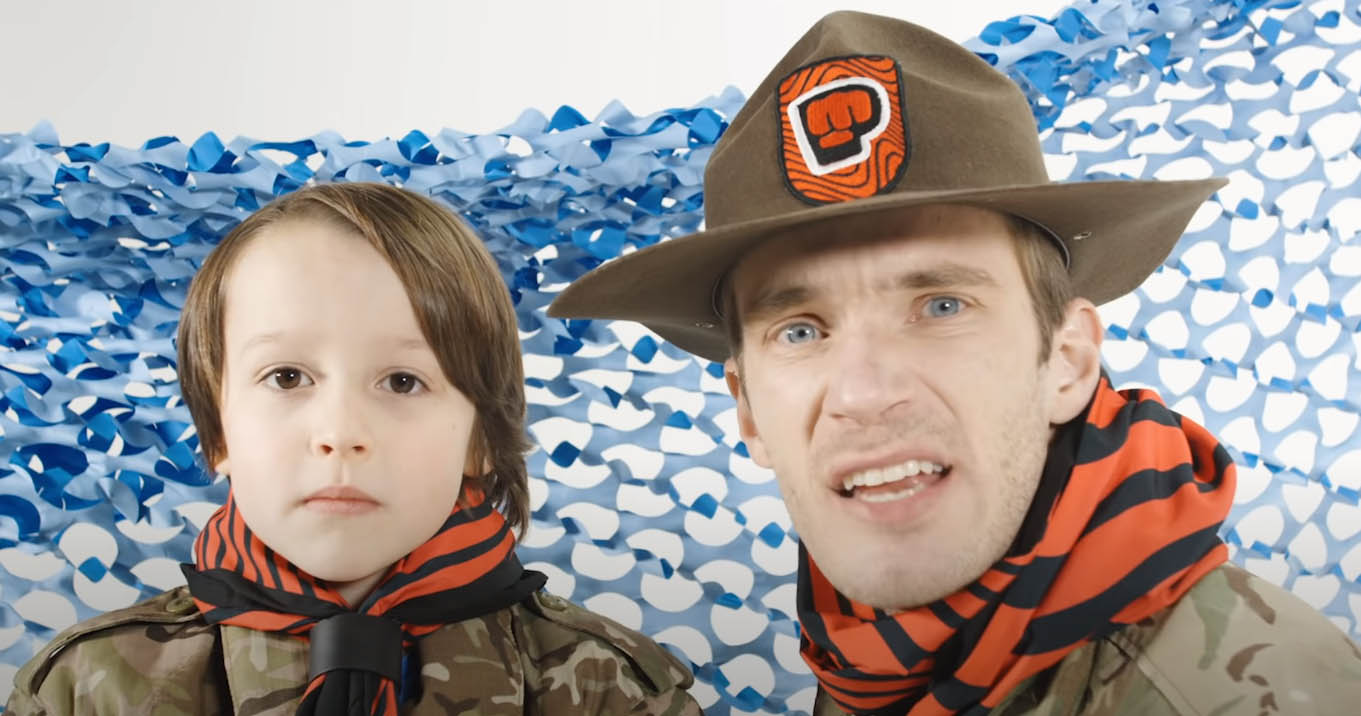 Why does the video exist?

Why did Pewdiepie take aim at Cocomelon? It’s a subscriber rivalry. It’s not the first time Pewdiepie has created beef between his channel and another and it seems to serve him well. It creates a rise in his subscriber growth and gets people talking about his status as one of the biggest channels on YouTube.

Right now Pewdiepie has 109 million subscribers and Cocomelon has 105 million – Pewdiepie wants to continue having more subs than the kids channel and has been making jokes about the channel for a year now.

This manufactured feud with Cocomelon (which they likely won’t respond to) has probably been a running joke on Pewdiepie’s channel for a while now. On February 8 Felix posted a video titled “I Hate Kids” and the 23 minute video was mostly him reacting to memes, but is peppered with teases for the “Coco” music video & various subtle Cocomelon jabs. 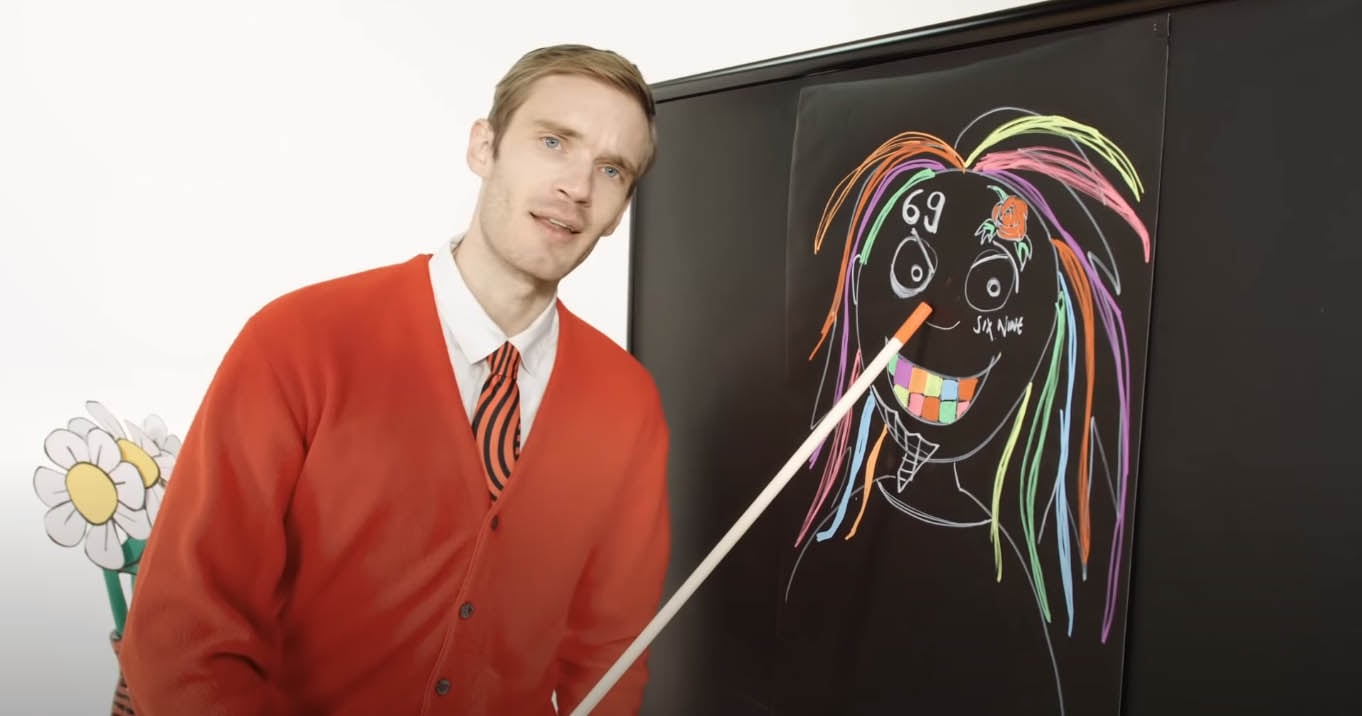 Okay, but the 6ix9ine callouts?

For a diss track about a kids YouTube channel it’s hard to know why Felix decided to mention rapper 6ix9ine by name (five times) in the video that comes in at just under four minutes. In fact, the decision to name drop the rapper confused even Pewdiepie’s fans.

The rapper went to prison with a seriously reduced sentence after making a plea deal that knocked his possible 47-year-sentence to only two years.

6ix9ine has gang ties and is known for his violence, so Pewdiepie challenging the rapper to a “legal fight” may well have been a joke as part of his irreverent humor, but if he accidentally manages to annoy the rapper who knows what happens next?

What do you think of Pewdiepie’s latest video? Do you find it funny, distasteful, or are you just wondering if 6ix9ine will clapback with his own video? Let us know your thoughts in the comments below!