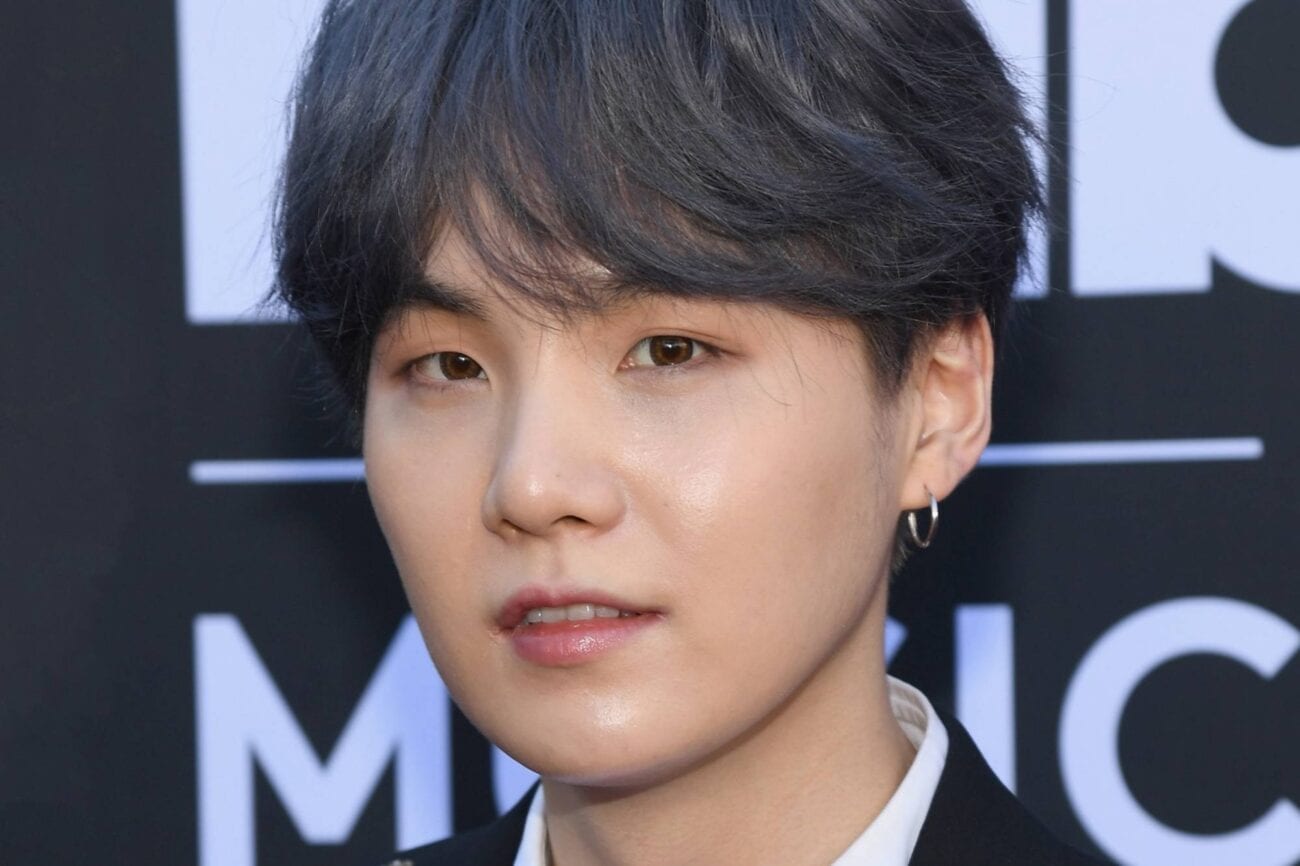 All the most adorable facts about Suga from BTS

Suga is the moodiest member of BTS. He’s been transparent about dealing with issues like depression and social anxiety because he wants to assure fans that they aren’t alone in their struggles. This honesty, coupled with a shy demeanor, has made Suga one of the most beloved performers in the group.

Suga, born Min Yoon-gi, wanted to be a rapper from the time he was a teenager. He claimed he was “tricked” into joining BTS in 2013, but has since expressed gratitude for the platform that the group has provided him. He has used this platform to spread positivity and speak on topics that most K-pop stars have avoided. 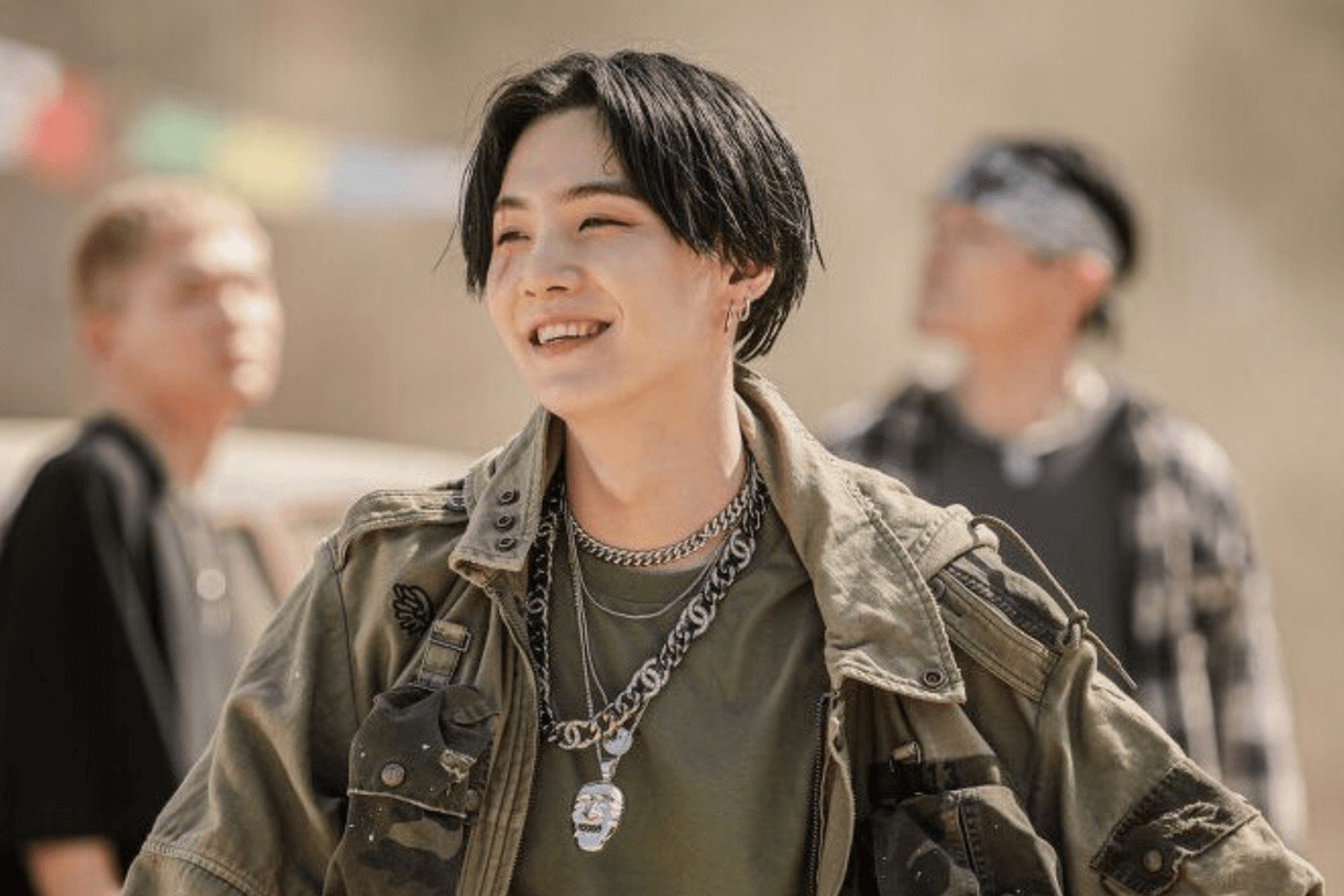 On his 2016 solo track “The Last”, Suga delves into the dark side of fame and the ways in which the media can amplify personal demons. He told Yonhap News the song reflected a more intimate approach than some of his BTS contributions. “Anxiety and loneliness stay forever,” he observed, “And how you choose to make peace with them, that needs a lifetime of consideration”.

Suga told the outlet that his writing process has improved since he’s allowed himself to write from the heart. “Every situation and every moment, the feelings are so different, so I think life is where you constantly contemplate,” he stated. “So, through the lyrics, I wanted to deliver the message ‘I’m restless and so are you, so let’s try to find and study together.’” 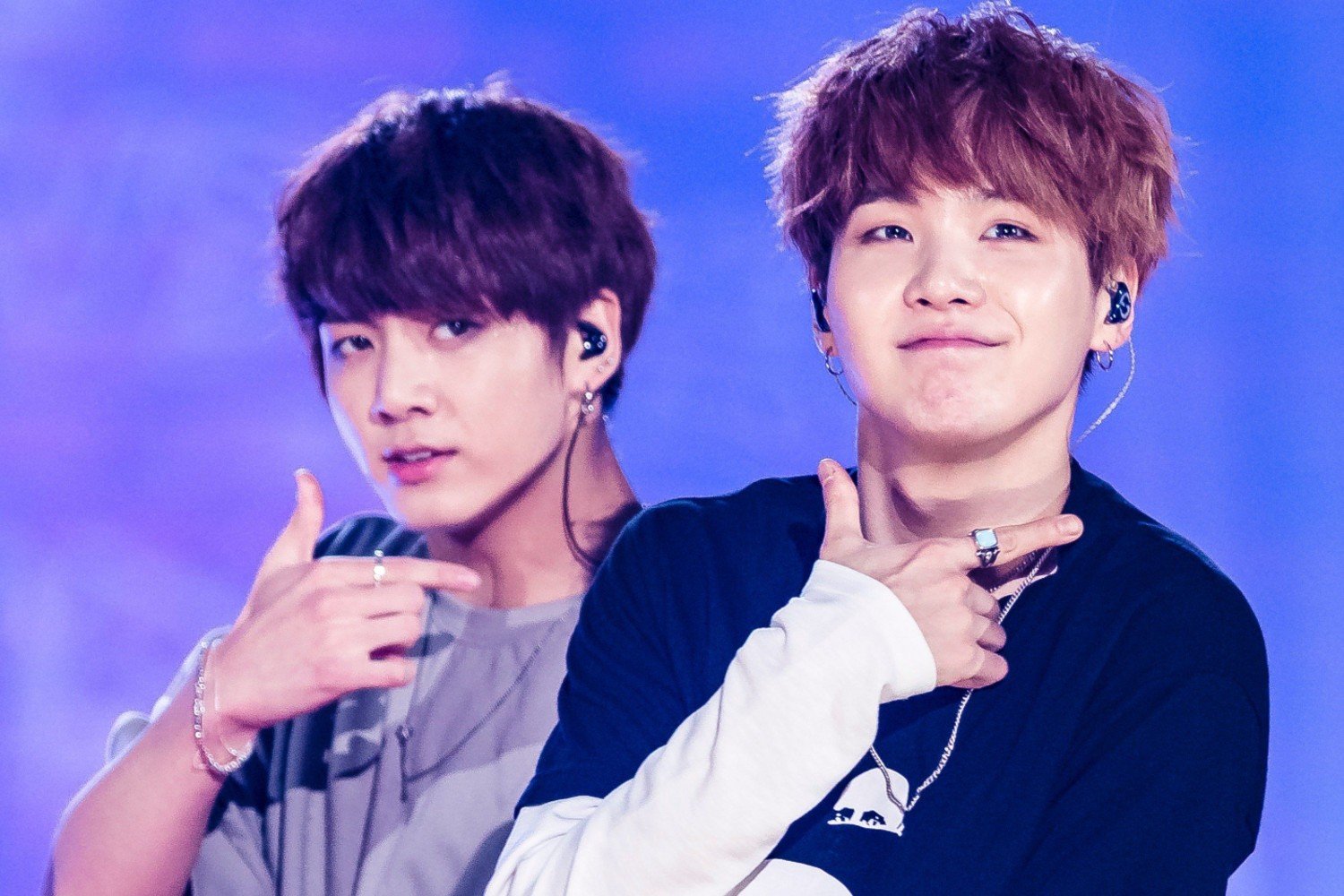 Suga has several hobbies and interests when he’s not recording. He’s an enormous basketball fan who had hoped to become a professional player when he was in high school. K-Pop Herald claimed that Suga got in a motorcycle accident when he was a delivery boy and the shoulder injury that resulted sabotaged his goals. His moniker “Suga” is a nod to the first two syllables of his basketball position: shooting guard.

The rapper has made it clear that he doesn’t have time to pursue romance anytime soon. “This is because we are newcomers,” he told Beatles Code. “If our attention is distracted, we will not be able to focus properly. You would understand if you walked in our shoes. We really don’t have time.” 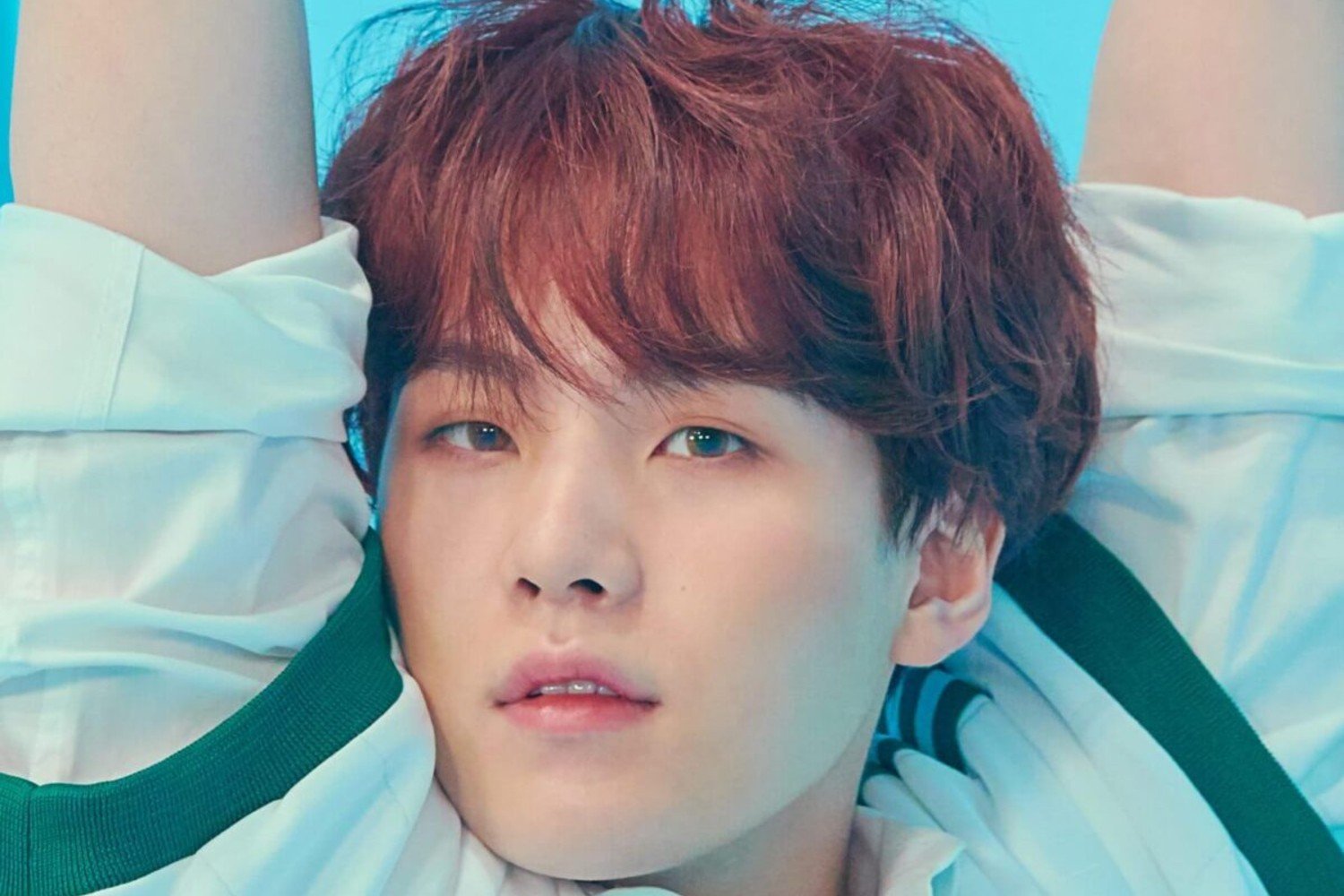 Grandpa of the group

Suga is considered the “old soul” of BTS. Jungkook told reporters that Suga behaves like a man thrice his age when they’re hanging out. “[He’s] an old man with an overflowing passion for music,” Jungkook joked. “Very knowledgeable, but still an old man.”

RM had a similar take, dubbing Suga the “grandpa” of the group. “If you get to know him, he’s really soft,” the rapper explained. “He knows a lot of random stuff, [he’s] a Grandpa who likes music. Passionate and persistent. He can say what he wants and what he doesn’t want directly.”

Suga also differs from his BTS mates when it comes to tattoos. He told Grazia that he doesn’t want to get inked because he doesn’t want to be held back from certain business ventures as he gets older. “There’s something that I want to do in the future,” he stated. “I want to do some charity work, but tattoos could be seen negatively, so I am holding myself back.” 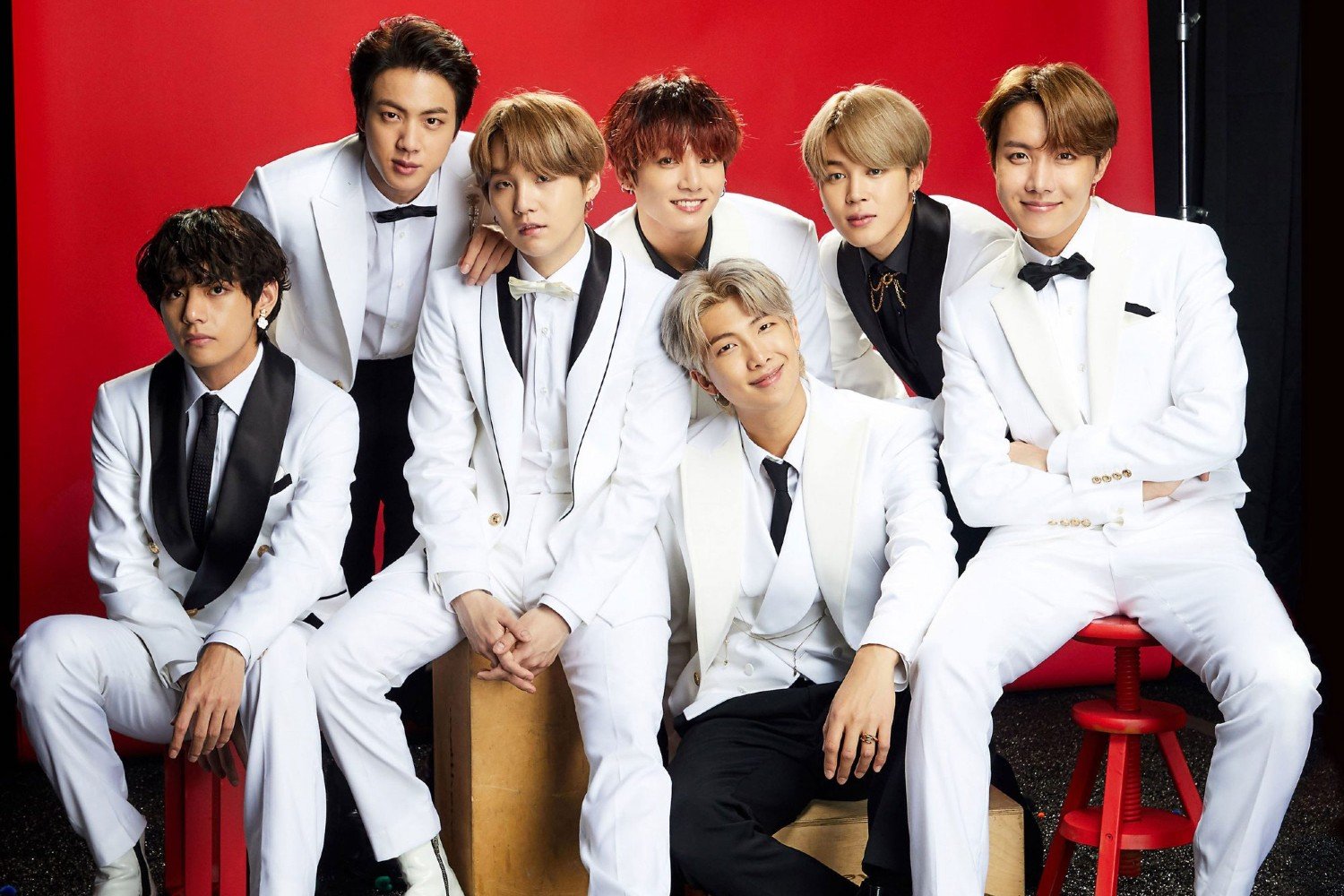 Despite his reserved persona, Suga is eager for the future of BTS. He told Variety he couldn’t wait for people to hear their new album BE (Deluxe Edition) and teased the possibility of more English-language music like “Dynamite”.

“‘Dynamite’ was a special case,” he explained. “You can’t predict what will happen and the things we do. We can’t say for certain what we’ll do in the future. Things change, circumstances change. If we see that there’s a good enough reason to do something – record in English or something else – then we’ll go ahead with that decision.”