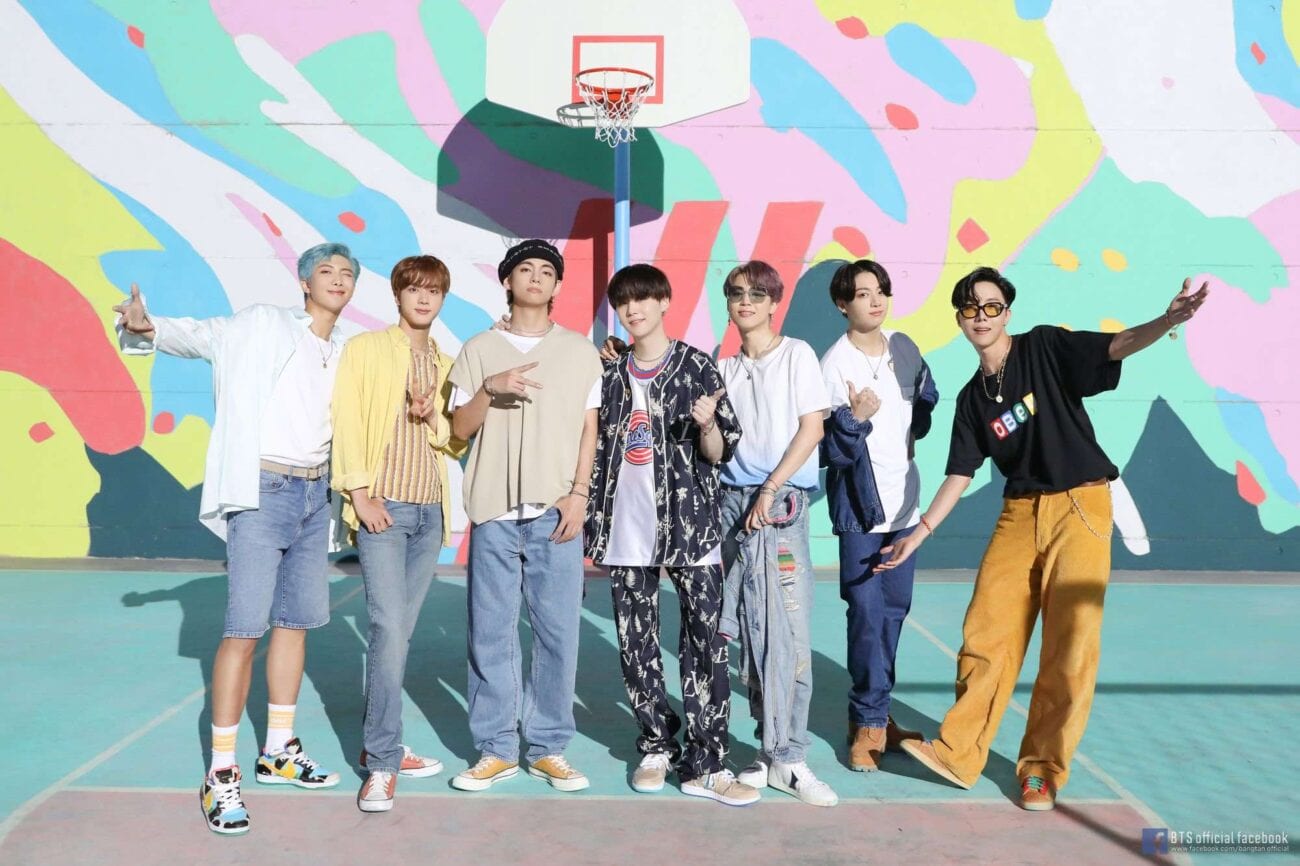 BTS’s “Dynamite”: Inside the lyrics of their number one hit

Well, more of a global tour de force than BTS already is. But what is “Dynamite” about? What sort of things can we glean from the lyrics of the song, which was released in August? There’s all sorts of great little nods and interesting bits and bobs within “Dynamite”.  After all, every superfan worth their salt needs to learn the true meaning behind the music, right? 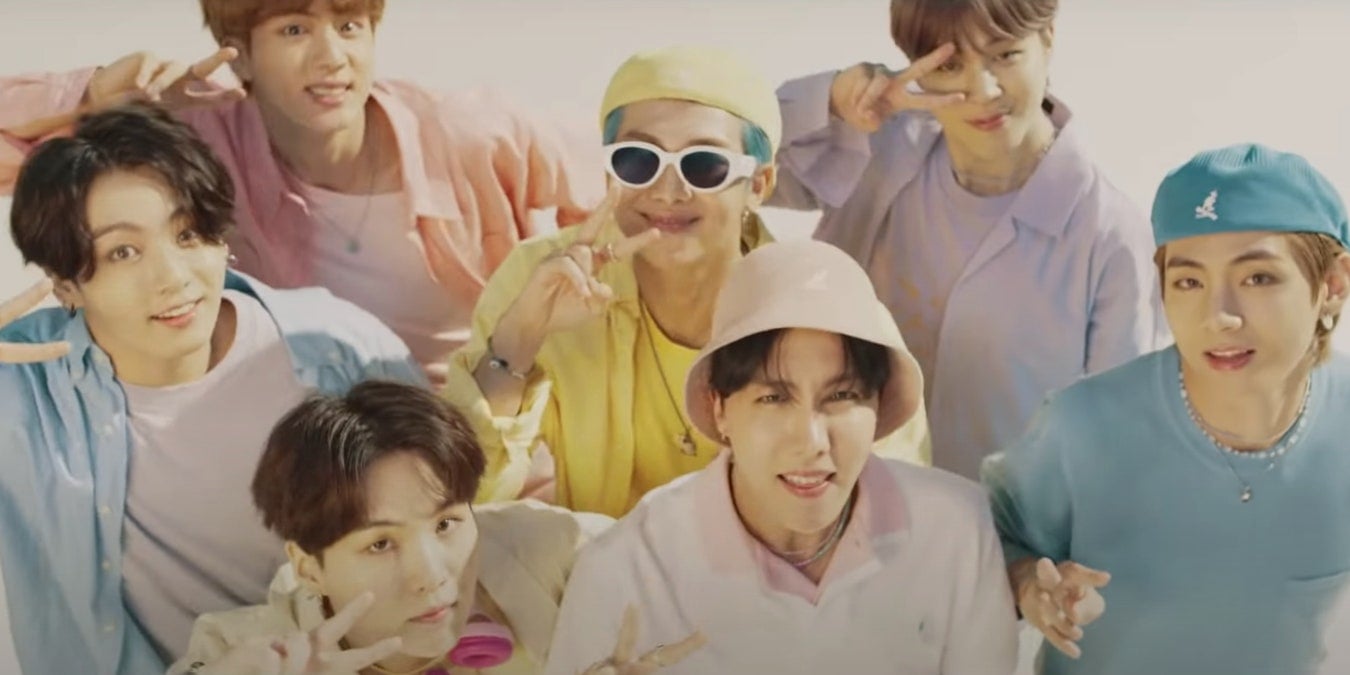 In an Apple Music interview with BTS, RM shared that the song is “made of positive vibes, energy, hope, love, the purity, everything”. Given how bad 2020 has been going in terms of the pandemic, amongst other things, it makes sense that BTS would want to share a song that’s the opposite of the dourness that the year that has permeated with everyone.

This is especially reflected in the opening lyrics that Jungkook sings, “Cause I, I, I’m in the stars tonight/So watch me bring the fire and set the night alight”. These lyrics also make up the chorus as well, which just hammers home that message of happiness and positivity that BTS wants their lyrics to showcase.

In addition, BTS also throws nods to various pop culture icons, like they’ve become, the world over. Some of those getting a shout-out in “Dynamite” are: “LeBron James, the Rolling Stones, Michael Jackson, King Kong”. So clearly one of the members of BTS is a fan of excellent B-horror movies about giant apes. Nice choice! 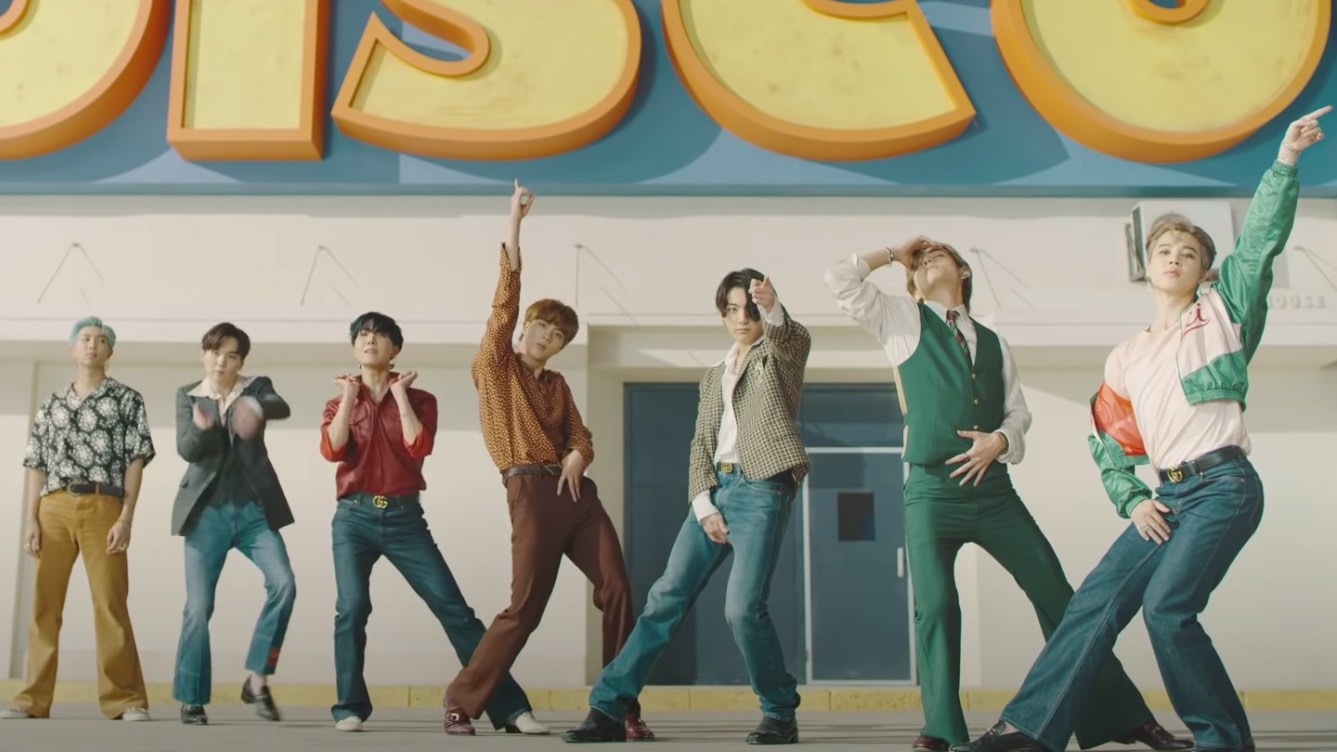 Helping others get through dark times

Another great thing about “Dynamite” is that disco beat. A lot of disco music, before it died, was about feeling good and happy. It came through the best via its beats. That’s not a bad thing to bring back in 2020. “Dynamite” definitely has a disco vibe to it, which makes it a lot of fun and unique. It’s a song that, like disco songs of old, is designed to make you just want to dance and feel good doing it.

In the lyrics of “Dynamite”, BTS reflects the attitude with: “Cause ah, ah, I’m in the stars tonight/ So watch me bring the fire and set the night alight/ Shining through the city with a little funk and soul/ So I’ma light it up like dynamite, woah”. It’s that call to just try to have fun or remember days when it felt easier to have that definitely makes “Dynamite” into something quite uplifting.

This was designed purposefully for the song. Suga said to Elle that BTS wants “Dynamite” to be a song that helps others during 2020, which has been, for many, a pretty terrible year. He asked the question to his bandmates, “What can we do right now, what can we do really good?” And the answer to that is that BTS makes music very well. It definitely worked.

“Dynamite” has been crazy successful for BTS. The song spent two weeks at No. 1 on the Billboard’s Hot 100 chart. It also went number one on the Digital Song Sales chart for two weeks. They also released a music video for “Dynamite”, which has over 450 million views on YouTube. It premiered on August 20. That’s insane. But that’s also the power of BTS, trying to make the world a little better with one song at a time.