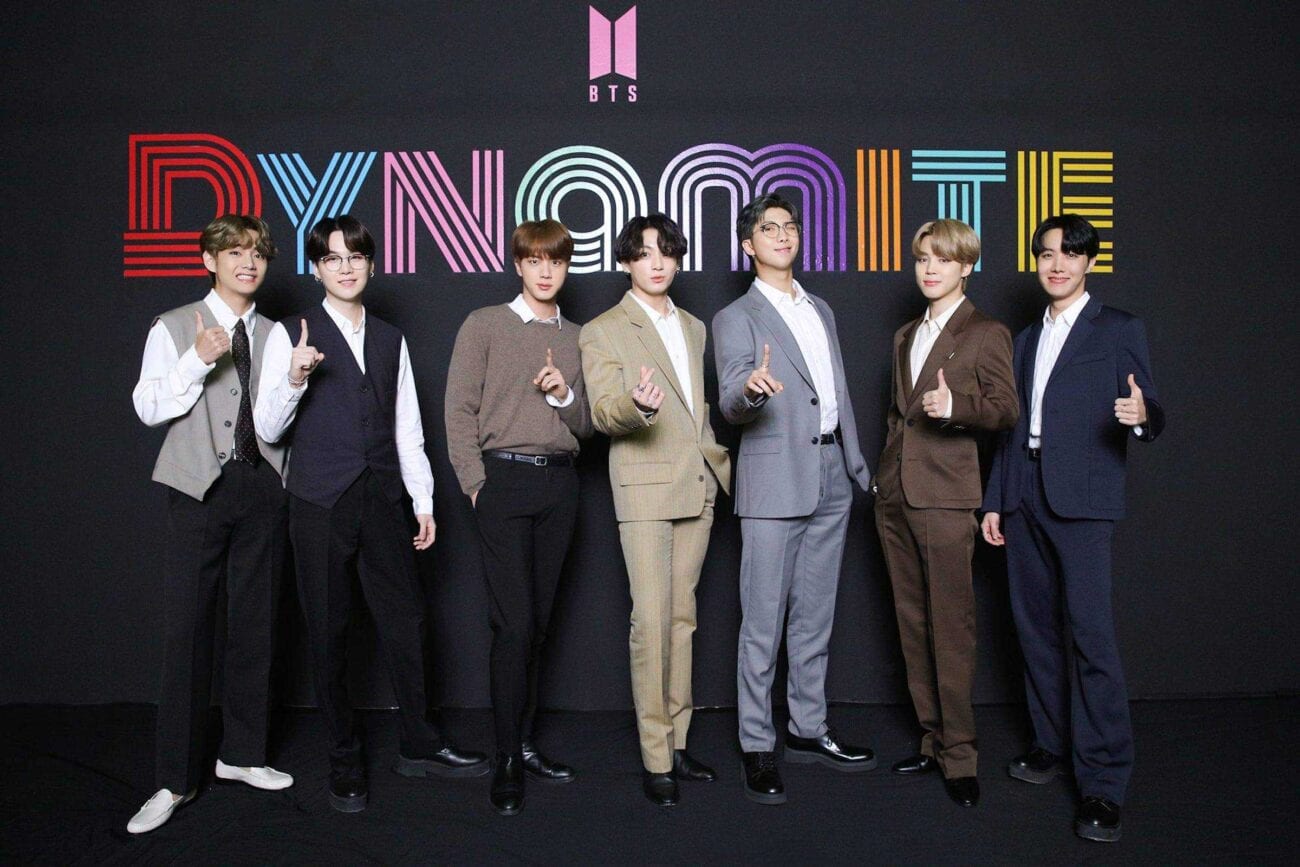 What inspired BTS to release their song “Dynamite” in English?

Before the release of the song “Dynamite” BTS had previously seemed disinterested in creating any full-length songs in languages other than Korean and Japanese. The origin and bulk of their fanbase is localized in these regions so it made sense for BTS to cater to their OG audiences.

Obviously, the love for BTS has now exploded out of Asia and infected all sorts of international audiences. BTS stans across the globe fangirl and chatter about what the band will do next. When BTS released “Dynamite” as a song in English, native speakers were stunned by the band’s decision and grateful for a new way to experience BTS.

BTS – and many K-pop bands for that matter – routinely feature English tidbits as part of their lyrics, but releasing songs in full English is a lot less common. As a band who previously voiced disinterest in doing something like this, it was even more of a surprise to see it done by BTS. Why did BTS suddenly change their mind about full English songs? Read on to find out. 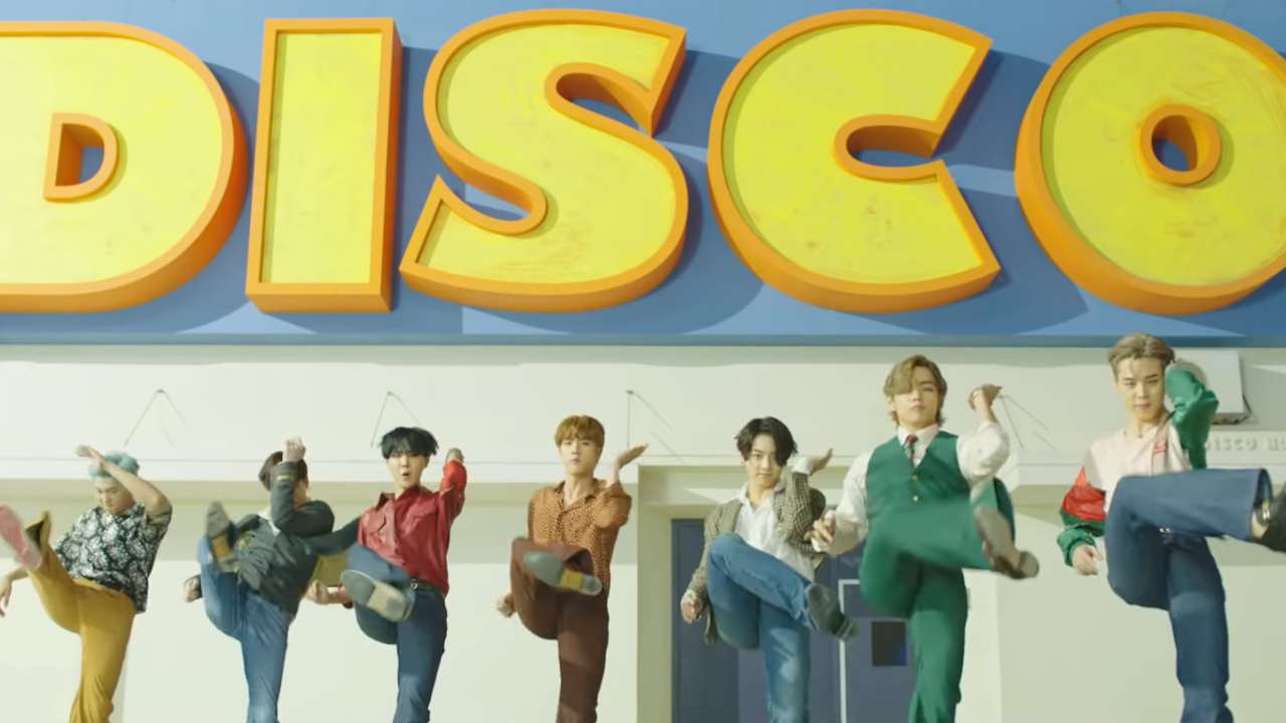 Singing in full English is “not BTS”

Before “Dynamite”, the only country blessed with full BTS lyrics in their native language was Japan. Now English-speaking fans get to feel the thrill of hearing BTS belt out an entire song in their language too. BTS was not always keen on doing something like this. They even felt to do so would somewhat muddy their identity as a K-pop band.

RM spoke about earning worldwide acclaim in an interview with Entertainment Weekly. “I don’t want to compare, but I think it’s even harder as an Asian group,” he stated. “Hot 100 and a Grammy nomination, these are our goals. But they’re just goals — we don’t want to change our identity or our genuineness to get the number one. Like if we sing suddenly in full English, and change all these other things, then that’s not BTS.”

What a strong statement! BTS wanted to stay true to themselves by not changing who they were for purposes of fame, but BTS doesn’t quite feel the same way anymore. The prospect of singing in full English instead symbolizes a way to shine a light during recent uncertain times. 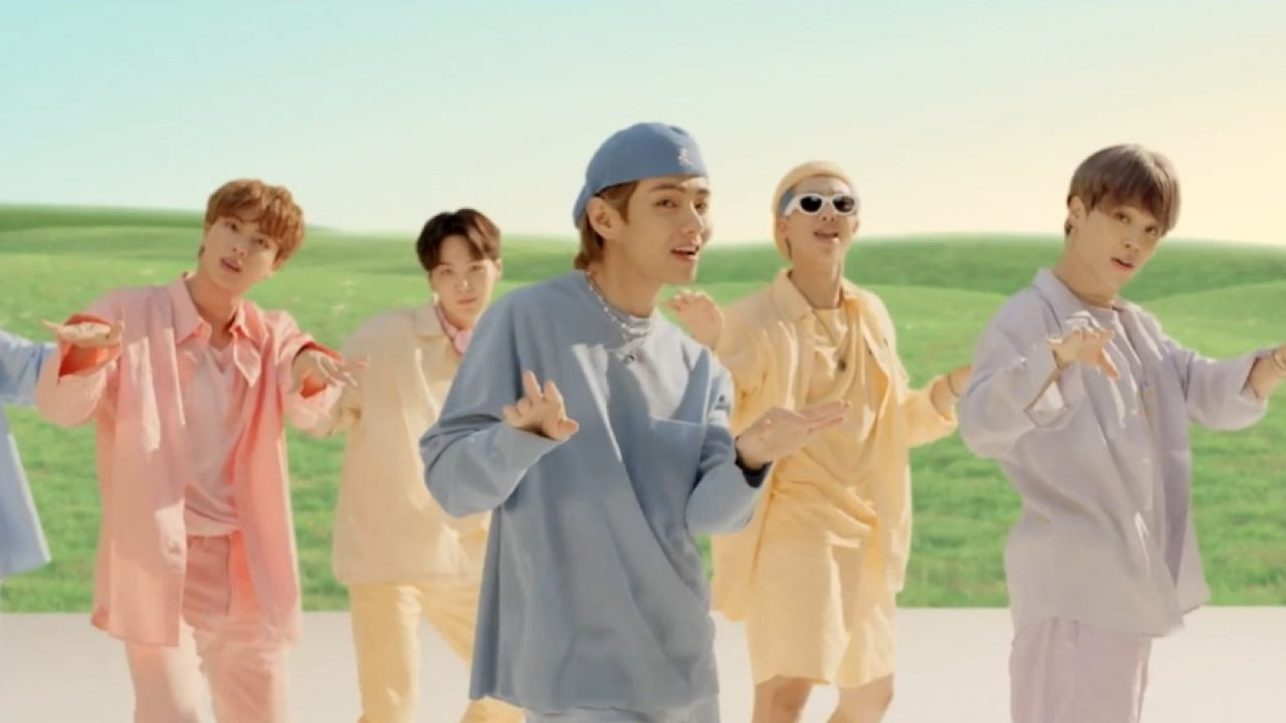 Natural disasters and the novel coronavirus have wreaked havoc on people’s peace of mind all over the world. BTS hopes that its new upbeat English song will spread hope to those that are feeling down and out.

BTS clearly declared the reason for their change in mindset saying, “[We] decided to first release a single because we wanted to reach our fans as soon as possible. Due to COVID-19, people around the world have been going through tough times and we wanted to share some positive energy with our fans.” BTS also wasn’t shy about admitting how taking on a new challenge would be a positive thing for them too. 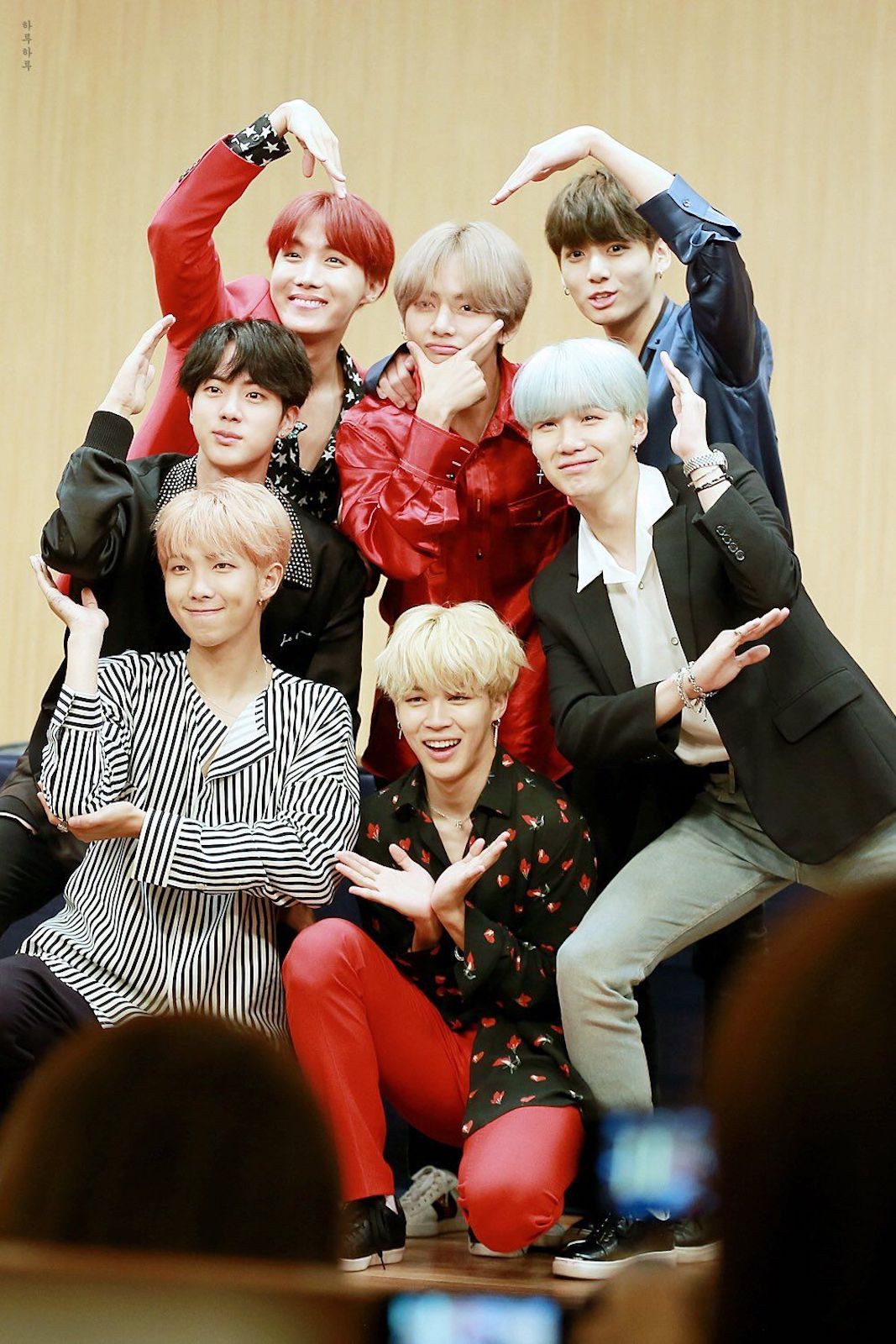 During a press stream BTS stated, “We needed a breakthrough during these unforeseen times, so we worked on this new song.” They added: “This is a new challenge for us as well. When we first heard and recorded the song, we were energized and our spirits were lifted up. We can’t wait to share this song with you all and enjoy it together.”

When talking about their new English song “Dynamite”, Jimin revealed to reporters, “We wanted to be on stage, and as a group that has to communicate with the fans, we felt empty and powerless. We needed a breakthrough to overcome this emptiness and powerlessness and we came across this new opportunity.” 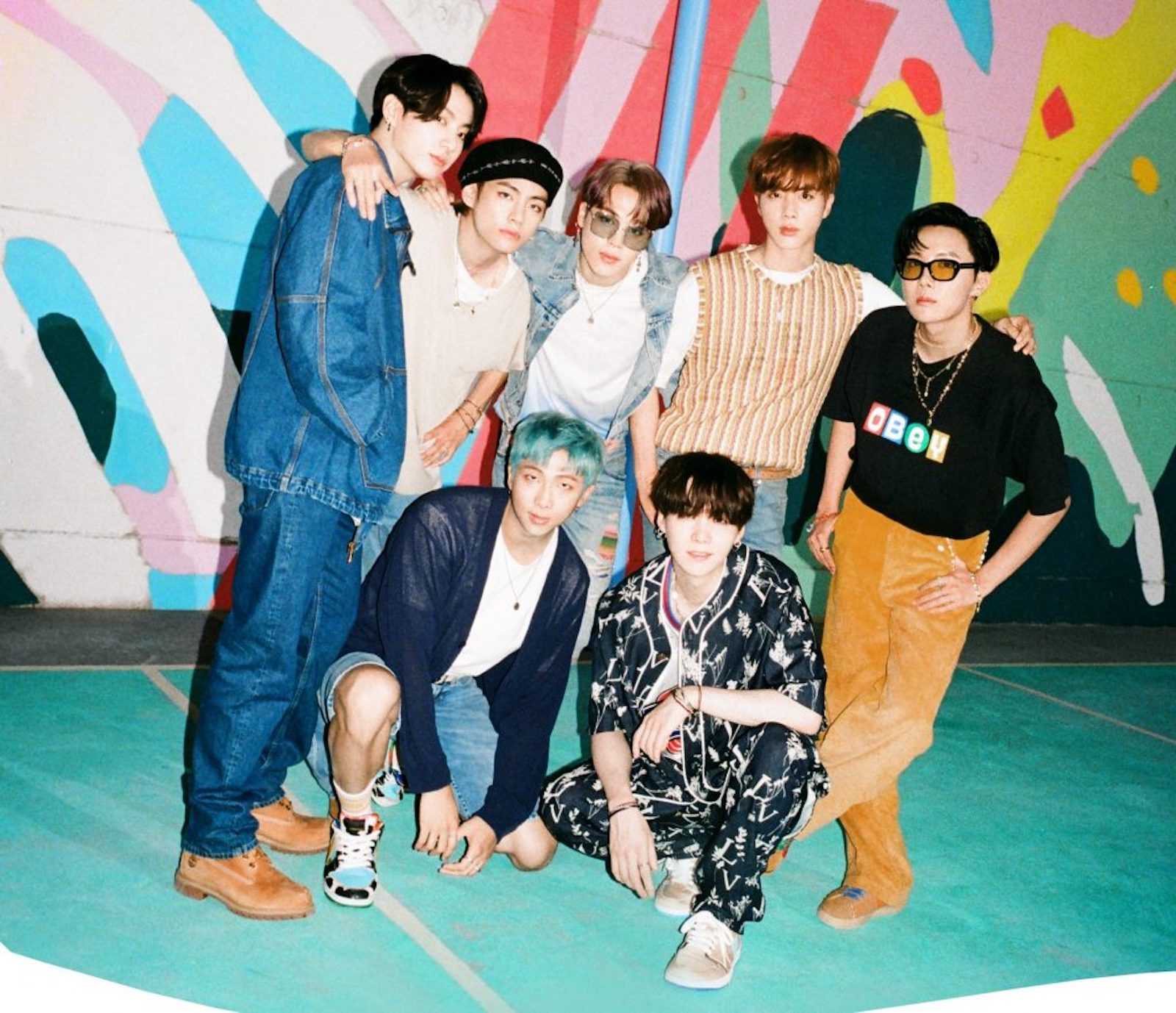 How BTS feels about the production of “Dynamite”

Other reaching international fans and showing them they regret their inability to perform for them, BTS had other reasons for making “Dynamite” a full English song. V said “When we were recording the guide version, we thought that English lyrics fit the melody a little bit better” and RM spoke about how this change would effectively “preserve the charm.”

RM said in an interview with ET Online, “It was a very huge, enormous challenge for all of us.” He also talked about how they “wanted to try something new [given] the current situation,” referring to the pandemic. 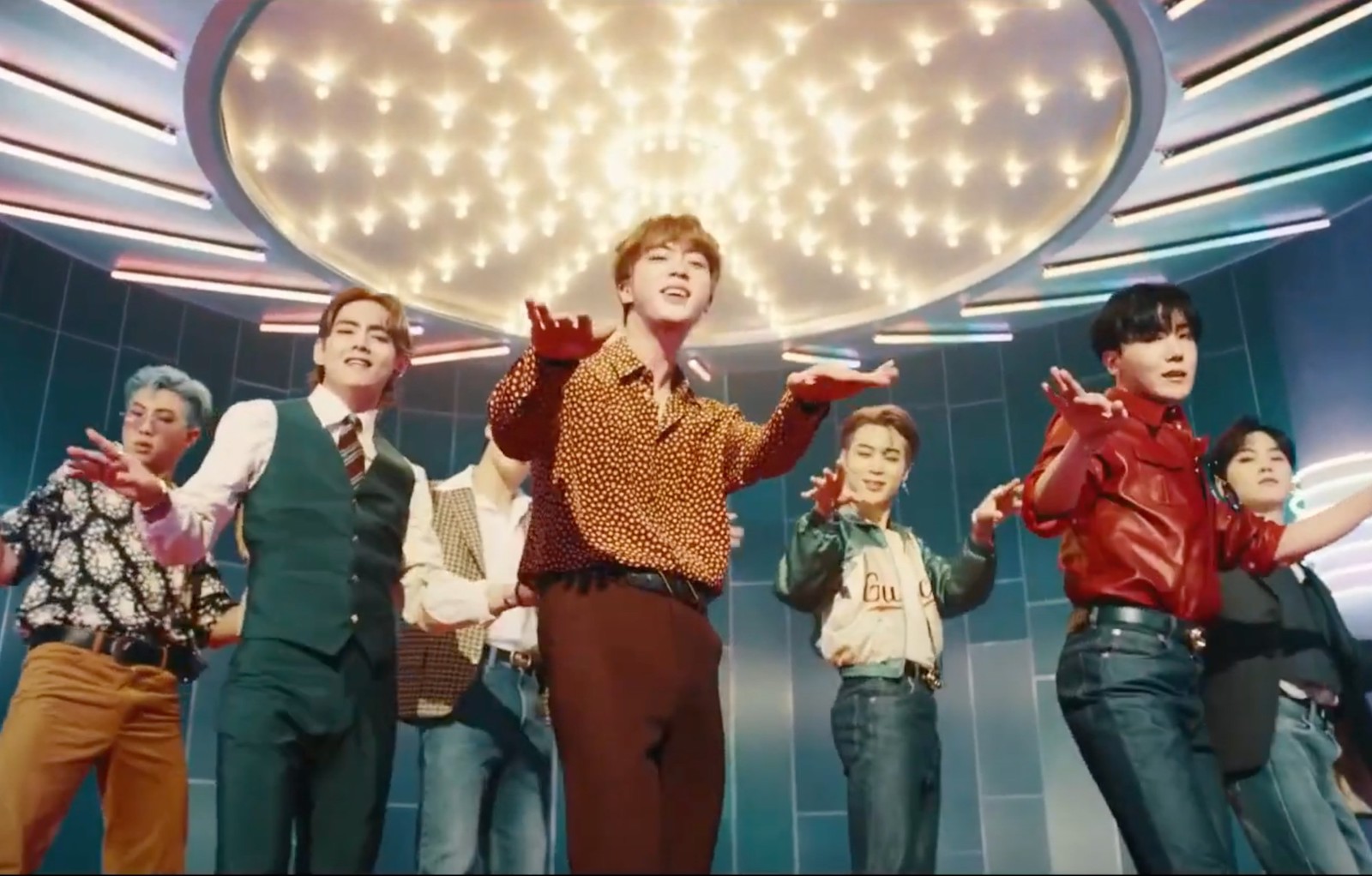 When asked about his favorite part of the “Dynamite” music video, Jin answered: “There is a scene when we’re all together and Jungkook looks at us. It’s a fun scene so that’s my favorite part.” While the scene might sound sort of boring on paper you can see what he means if you actually watch the music video. It’s the part where Jungkook walks out of a store and is about to bite into a doughnut.

Jimin even encourages you to take a look if you haven’t already: “It’s a music video where each of our characteristics shine through,” he stated. Although BTS has had to cancel their world tour they said they’ve been doing more than just resting and watching Netflix. It sounds like you can look forward to some more new music and surprises from your favorite Bangtang Boys.