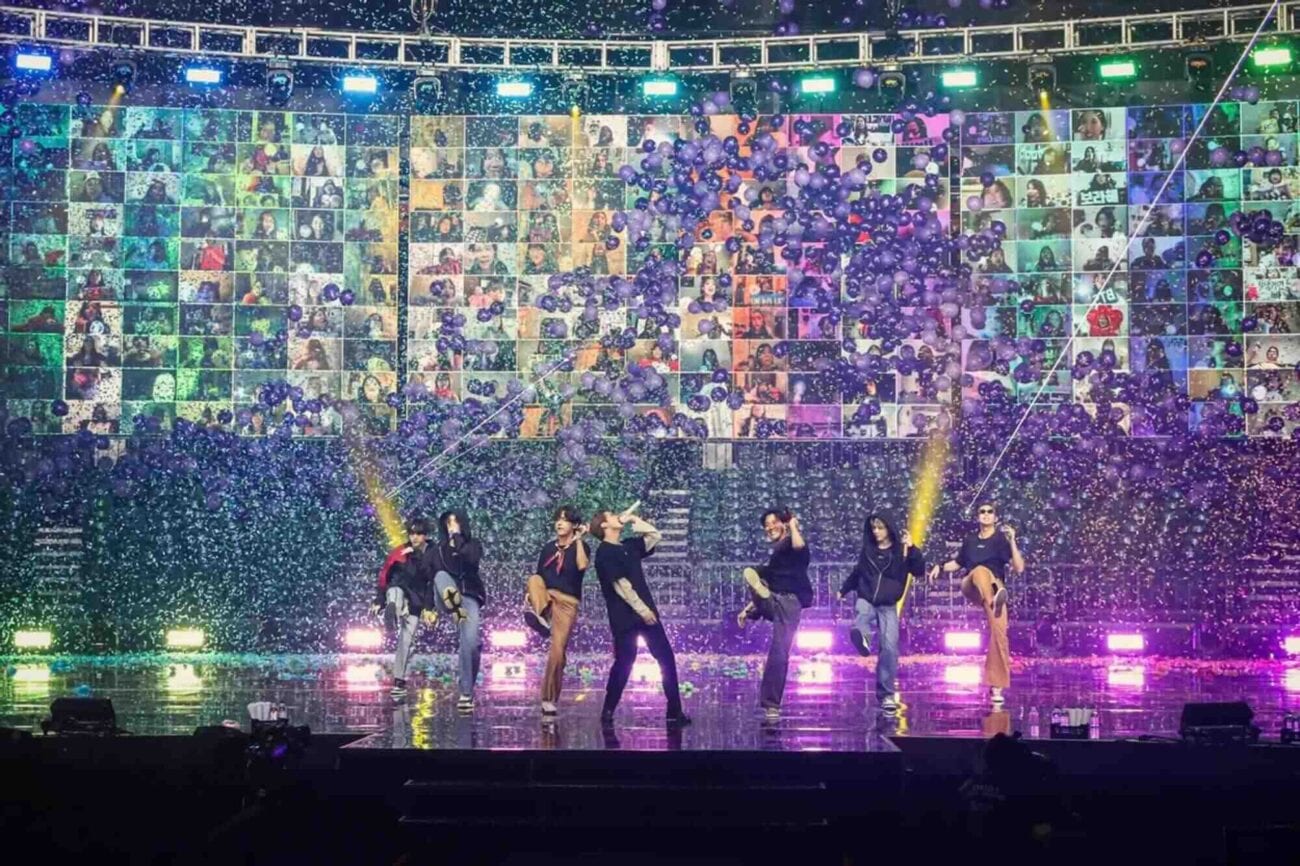 WTF is a BTS ARMY Bomb? Inside the exclusive band collectable

If you’re new to K-pop stan culture, the idea of BTS selling an “ARMY Bomb” may sound terrifying to you. We promise it’s far from violent. If anything, it’s a unique way for K-pop performers to not only add to their stage presence but allow for more fan interaction in their shows.

No matter what concert you go to, lights in the audience are always a trend. Whether it’s fans trying to do something fancy in the stands with the flashlights on their camera, EDM fans throwing glow sticks when the bass drops, or pulling out a lighter during a ballad – lights are a big part of the concert experience. 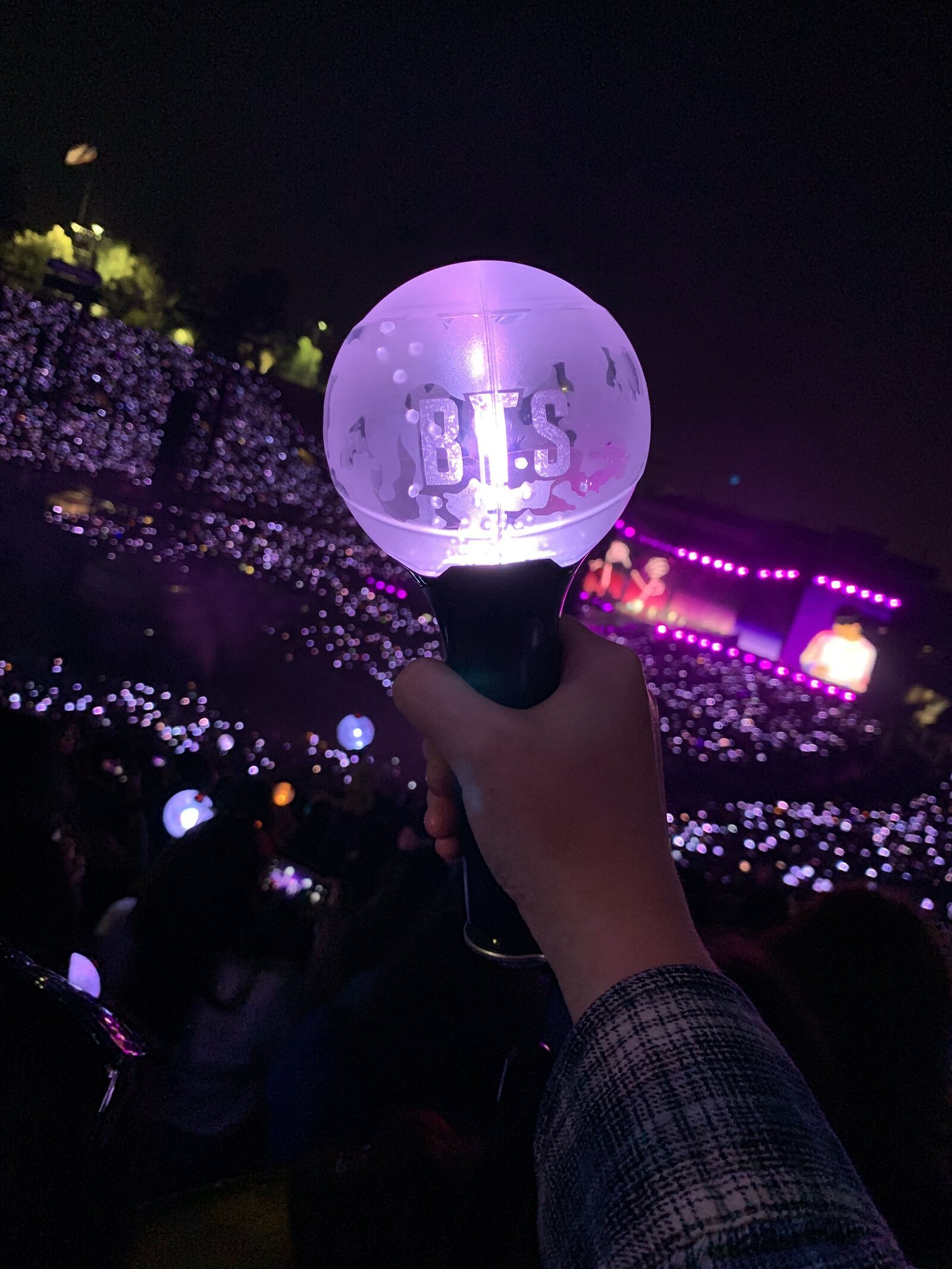 K-pop groups have taken this trend one step further with the introduction of special light sticks. These light sticks are designed by the band members, matching the image of the specific K-pop group. Fans who buy these light sticks can use them during concerts, and newer versions even include Bluetooth, so the K-pop group can control the colors of the light stick.

BTS’s version of the light stick is known as a BTS ARMY Bomb, as it’s designed with the ARMY in mind. The light at the top of the stick is shaped like a globe, showing how BTS’s ARMY is international. The stick itself is black, and has BTS’s logo at the bottom of the handle.

It may seem silly to go through all this effort just for a “fancy glow stick,” but the reality is the BTS ARMY Bomb is far from just your dollar store glow stick. While version 1 of the ARMY Bomb was strictly handheld, versions 2 and onward are Bluetooth-enabled.

By using Bluetooth to connect the ARMY Bombs to the rest of the lighting system, BTS and their stage production crew can sync the lights in the audience with the rest of the show. If you watch the above performance of “Mic Drop” from BTS’s final Love Yourself World Tour show, you can see how the red lights flash throughout the audience.

That’s not a spotlight – that’s the ARMY Bombs creating those lighting effects. By giving fans a chance to add to the BTS concert experience, the ARMY Bombs have become a much more sought after item. 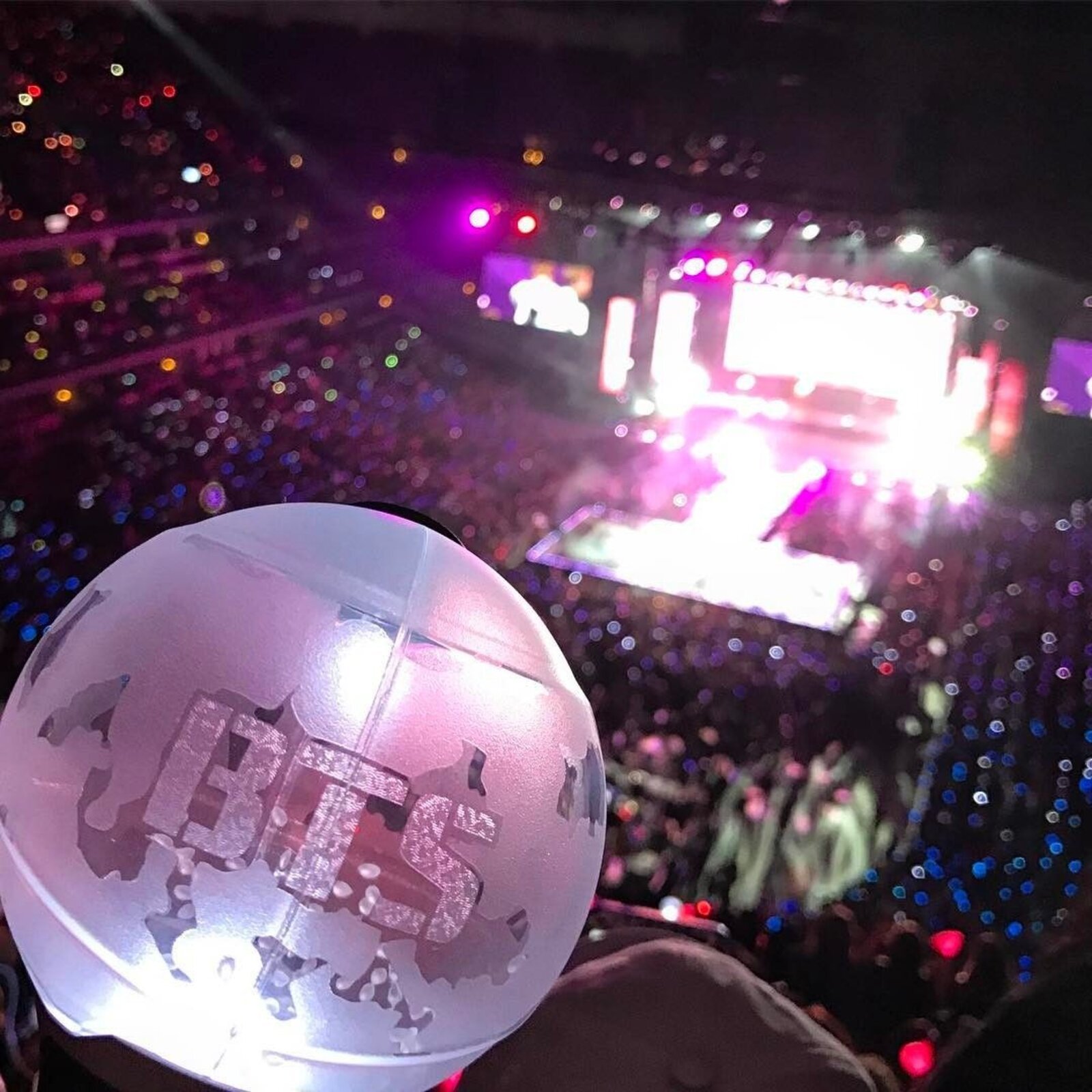 Even the digital concerts work

Considering it’s going to be a while before BTS can go back to doing huge arena tours again, it’s understandable the ARMY Bomb has less appeal now. BTS understands that also, which is why even when they perform digital concerts, they still allow fans to use their ARMY Bombs.

Version three of the ARMY Bomb allowed for fans to connect the Bomb to their phone via Bluetooth, so they could control it themselves when they weren’t at a concert. This feature came in handy during the COVID-19 pandemic, as it allowed BTS to send commands to ARMY Bombs worldwide.

Fans who attended the digital Map of the Soul ON:E event on October 10th & 11th could connect their ARMY Bombs through the official app and set it to concert mode. While it’s a bit hard to do the wave with people scattered across the globe, fans were excited the ARMY Bomb tradition lived on in the digital space. 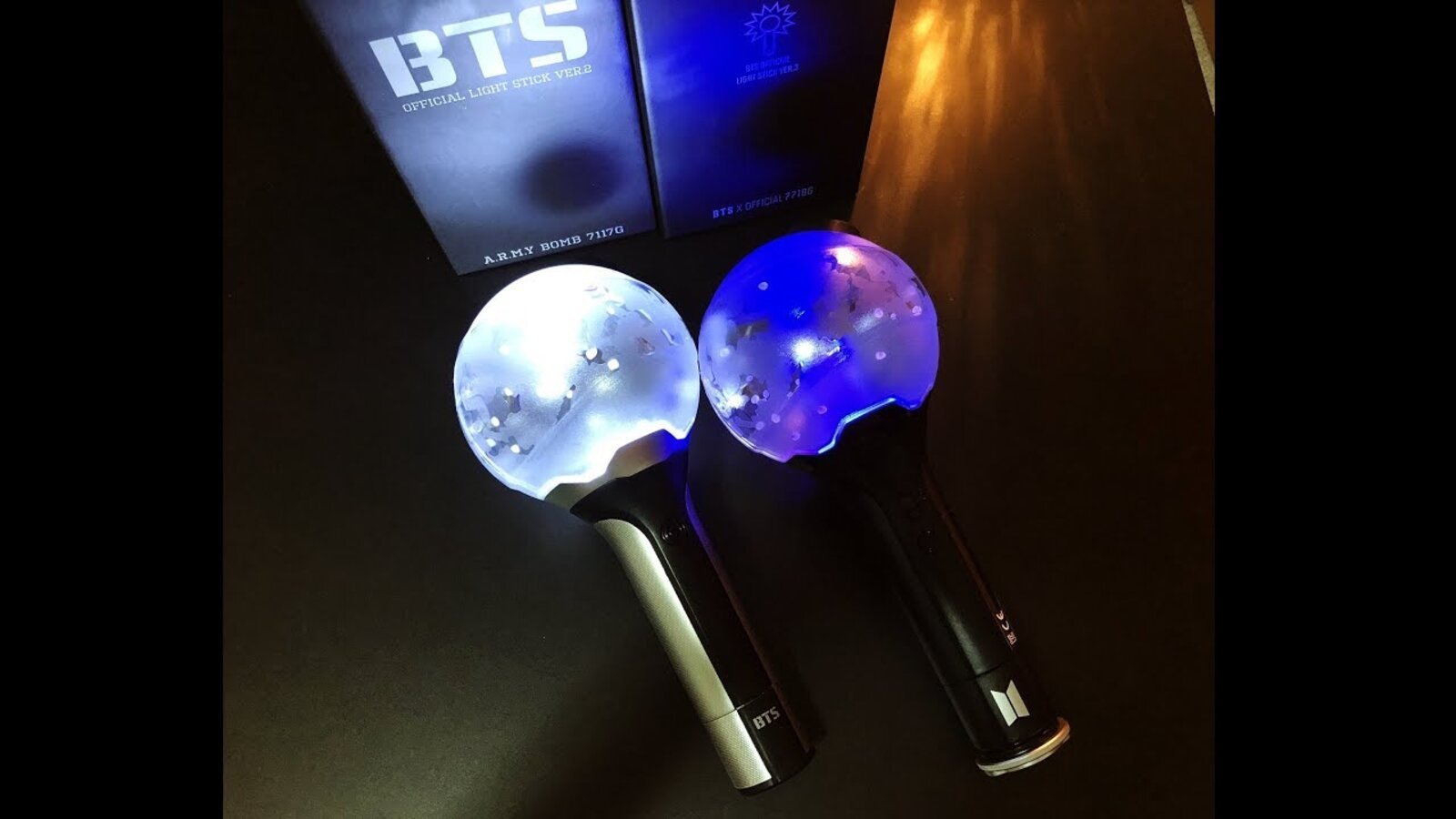 If you’re like us, the concept of K-pop light sticks leaves you amazed every time, let alone the BTS ARMY bomb. For those looking into the technical aspects of it, get ready because it’s a bit complicated.

Anyone who’s used their ARMY Bomb at a BTS concert before knows the drill: when you log into the BTS ARMY Bomb app, you click concert mode and pick your appropriate show. Then, you enter in your section, row, and seat number. That means every single seat in the arena has a different lighting setting, let alone the thousands of lights on stage.

All praise goes to the lighting production team for programming millions upon millions of lighting directions for each individual seat in the arenas BTS performs in. There is effort & love put into every single part of BTS’s live performances, and the ARMY Bomb’s programming proves it. 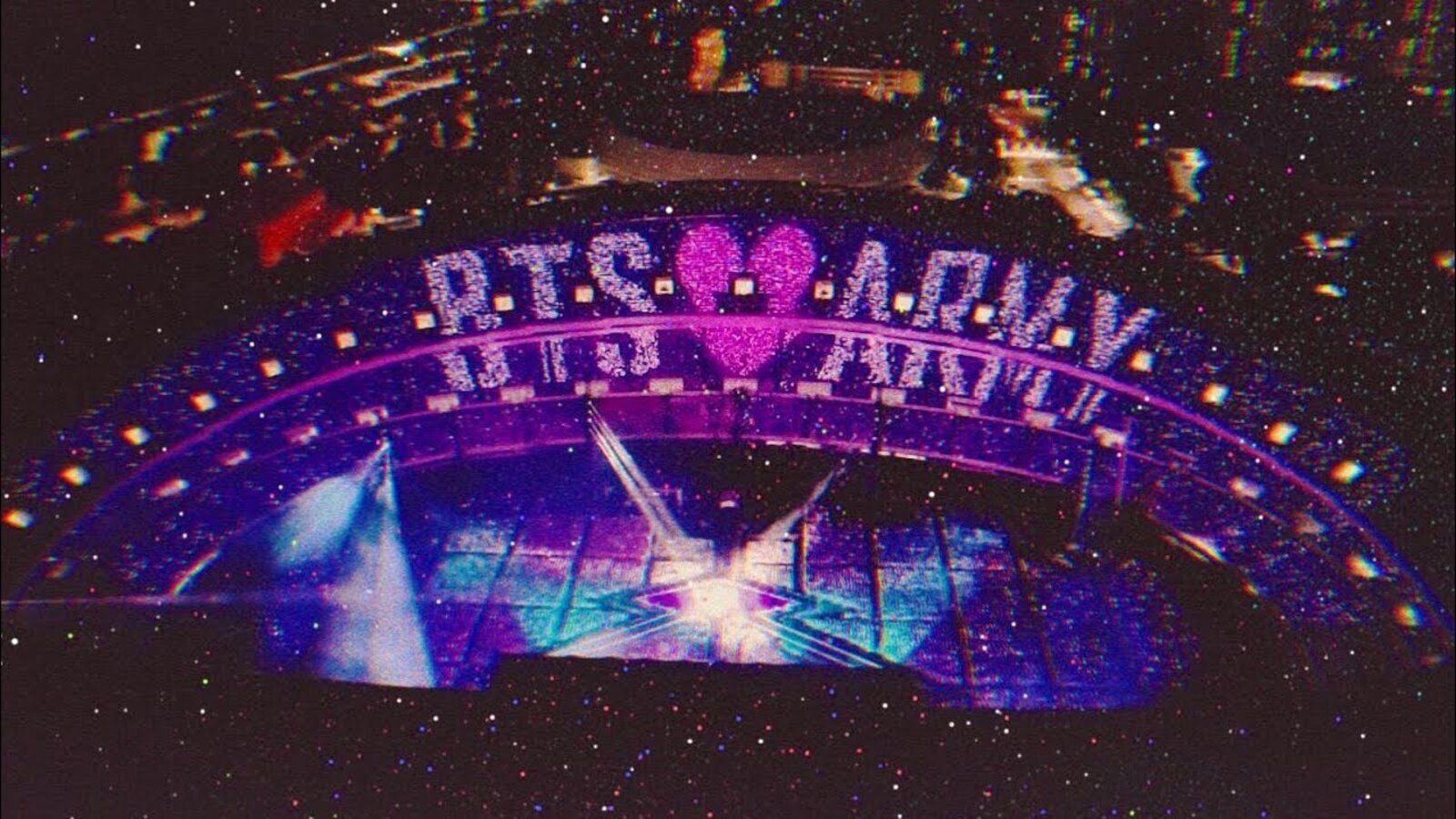 Get it for real or don’t get it at all

Be warned: like most fan merch online, BTS ARMY Bombs have been remade by numerous groups over the years. However, only official BTS ARMY Bombs will connect to the app and can be used at concerts. If you want to own your own ARMY Bomb, buy it either directly at the concert (if they’re not already sold out), or get it from BTS’s official store K-pop Factory or YesAsia.