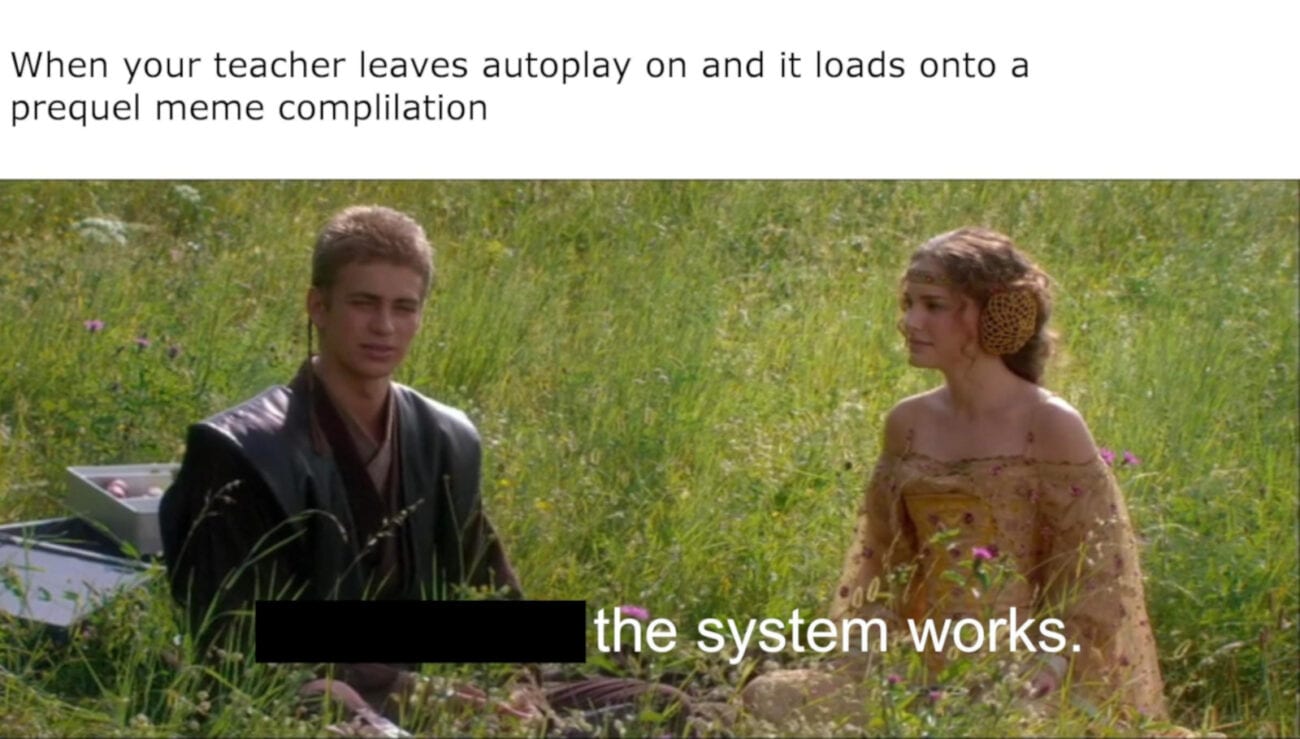 The ‘Star Wars’ prequels suck – Except for these hilarious memes

What’s the most polarizing topic about the Star Wars franchise? What’s the one question fans ask to determine if you can sit at their lunch table or if they’re going to throw you in the Sarlac pit? . . . Do you love or hate the Star Wars prequels?

However, time has been kind to the Star Wars prequels, with fans who grew up with the series remembering the prequels fondly. Either way, seeing as the prequels are a big staple for Gen Z Star Wars nerds, they’re now an internet meme staple. Here are some of our favorites. 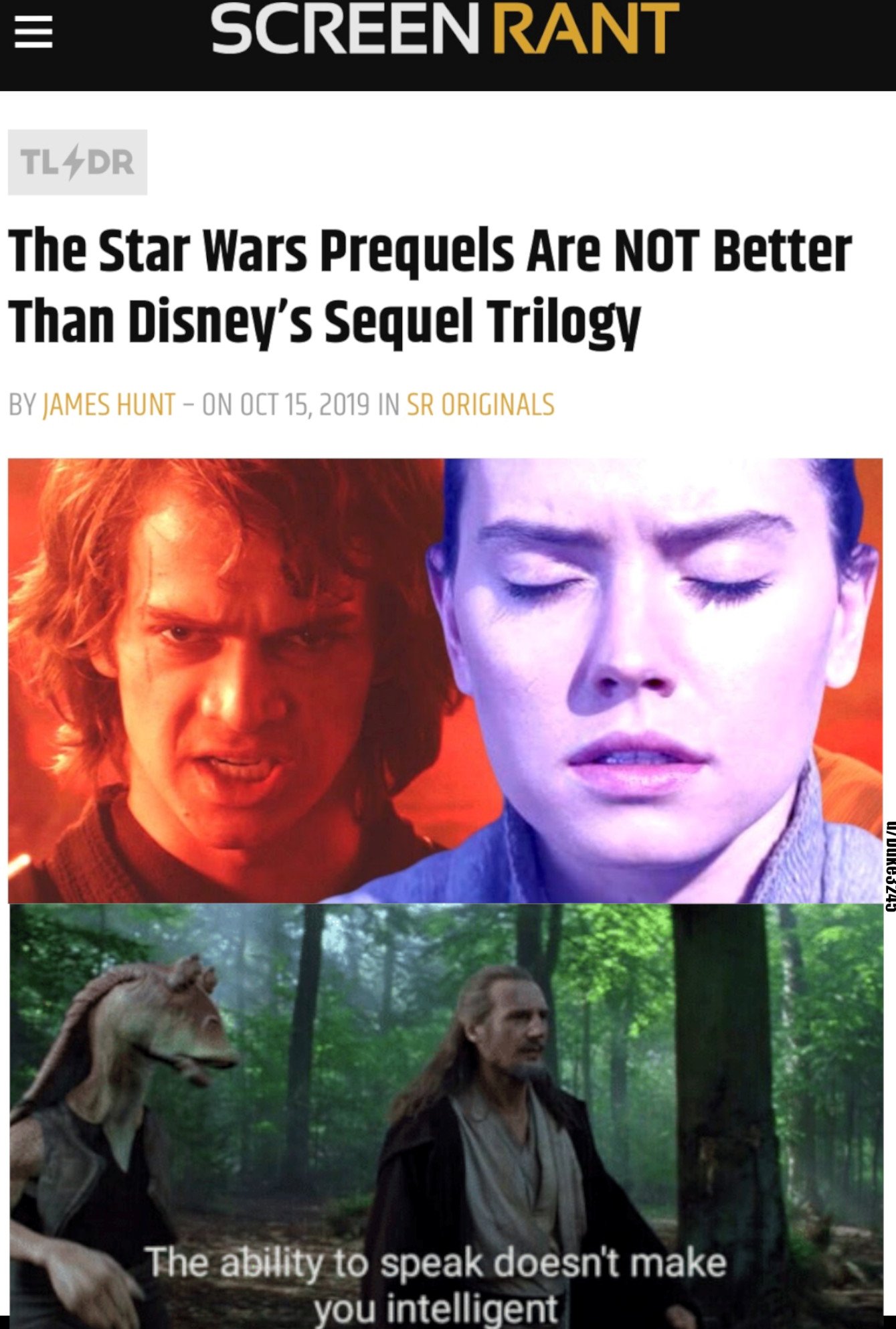 Sure, they arguably had a more coherent storyline, but were the characters actually better? Jar-jar aside. Mannequin Skywalker too! 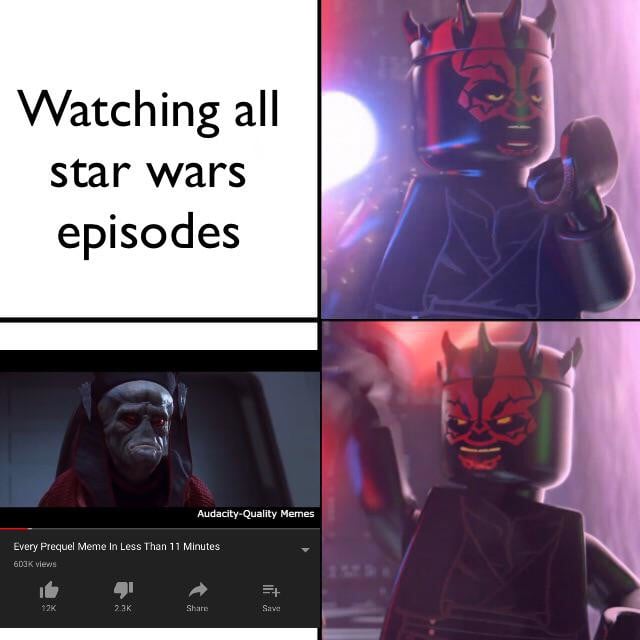 If you don’t want to watch the prequels again, and don’t have time to binge the entire Star Wars: The Clone Wars series, LEGO is here to refresh your memory! 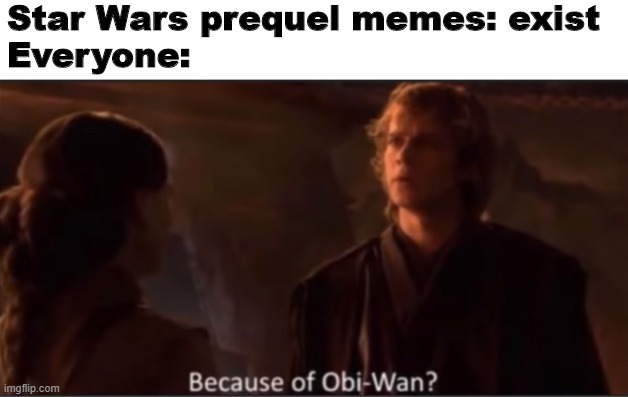 One reason we love the Star Wars prequels

Obi Wan’s sass makes up for a thousand Jar-Jars, admit it! 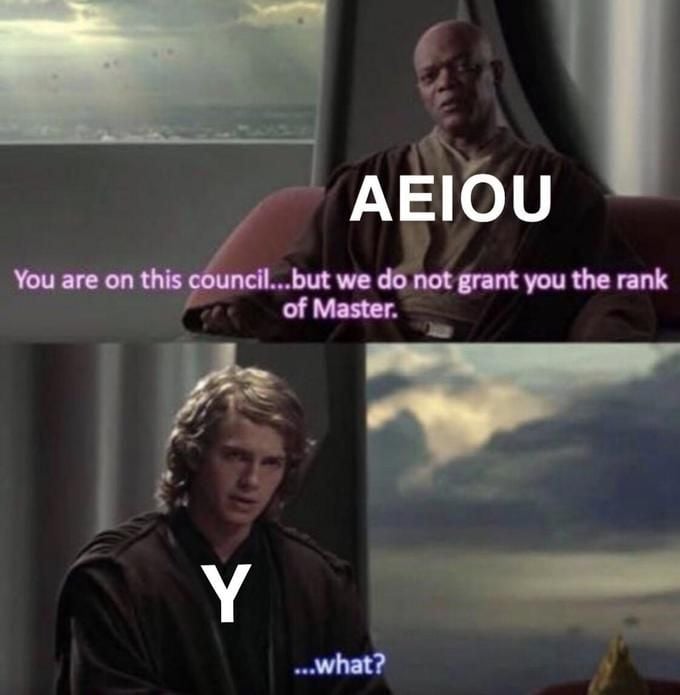 We wouldn’t be surprised if this vowel turned to the Dark Side. 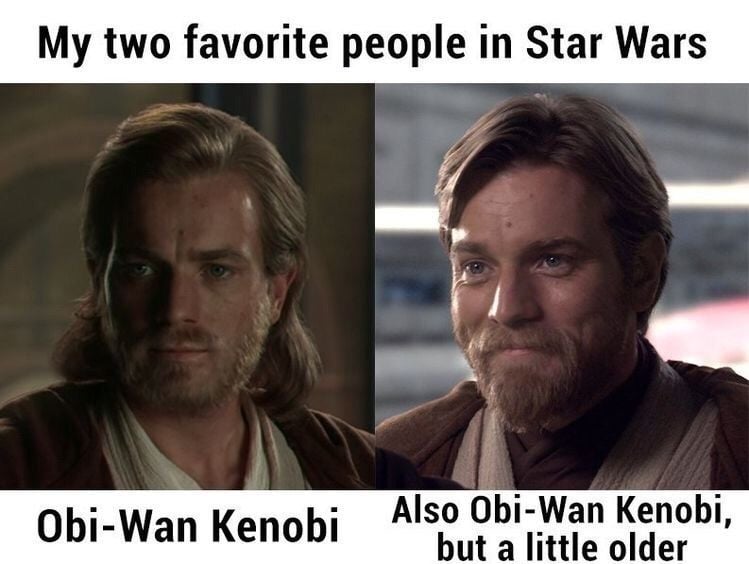 Without him, the Star Wars prequels would’ve been a complete disaster! 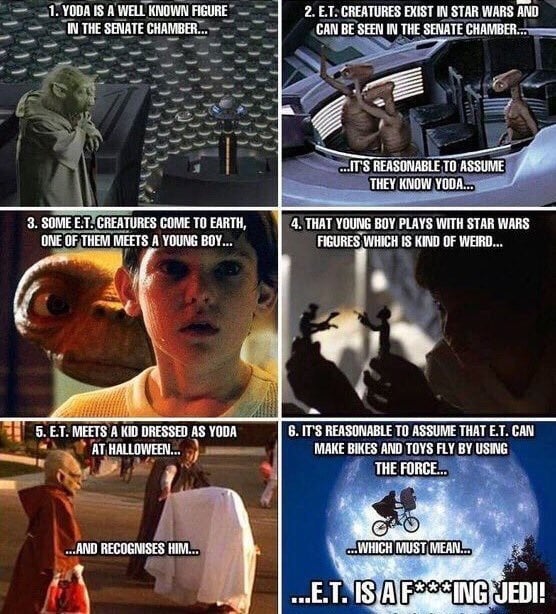 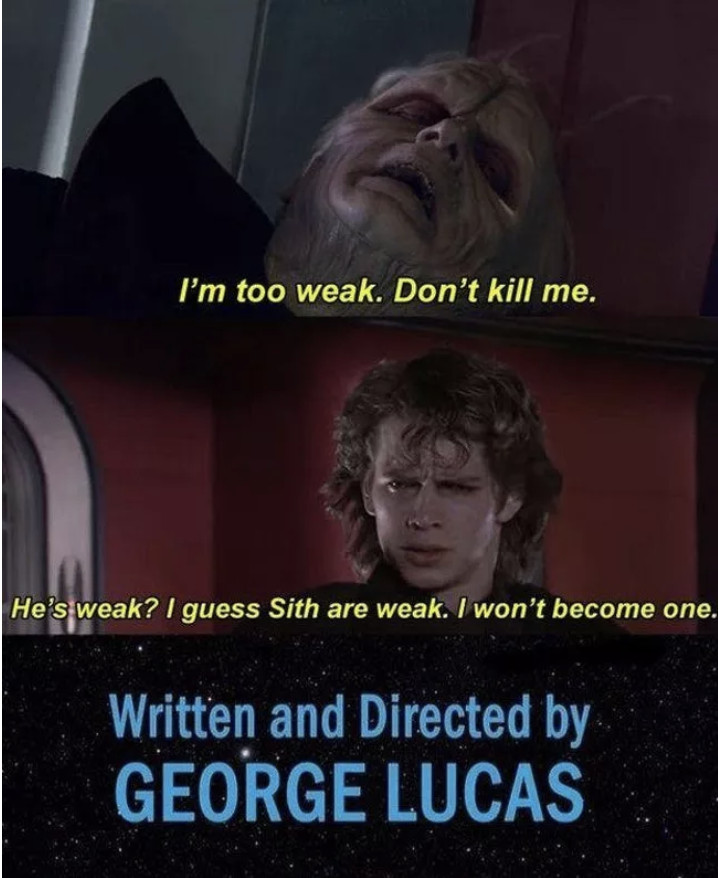 How they should’ve ended

But . . . then we wouldn’t have got the original trilogy! 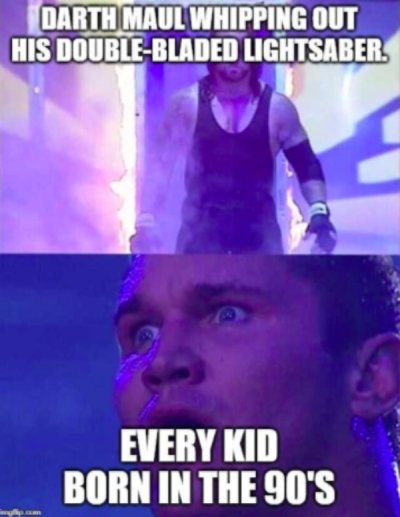 We’ll admit, being ten and sitting in the movie theater watching Darth Maul pop out a double-bladed lightsaber was bada$$. The fight, including the legendary “Duel of the Fates” was ruined by intersplicing it with Jar-Jar & Baby Anakin’s antics though 😓 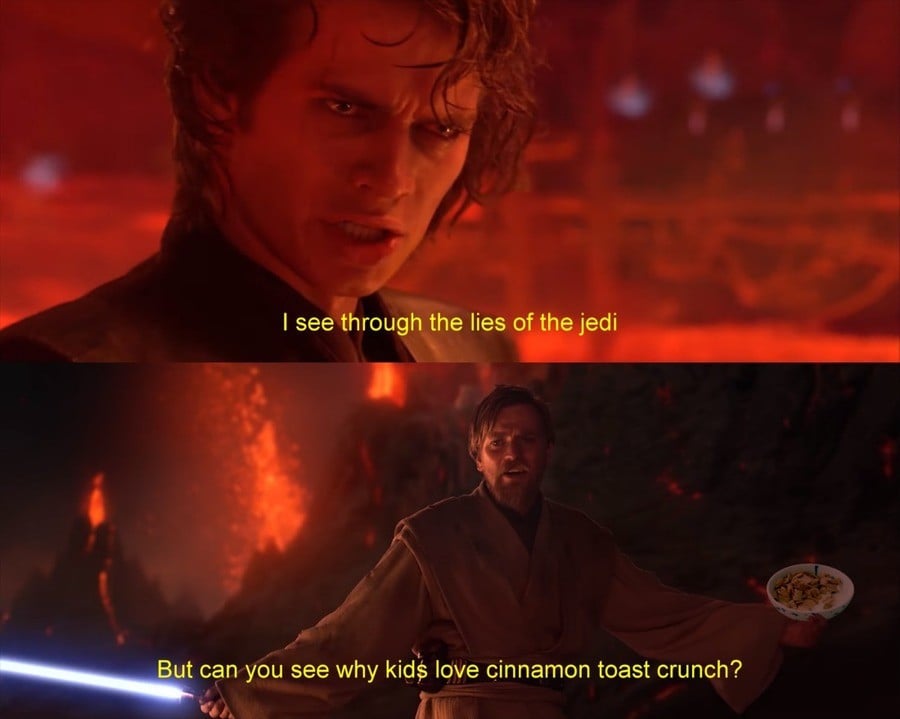 “The taste you can see”

“It’s got cinnamon swirls in every bite!” 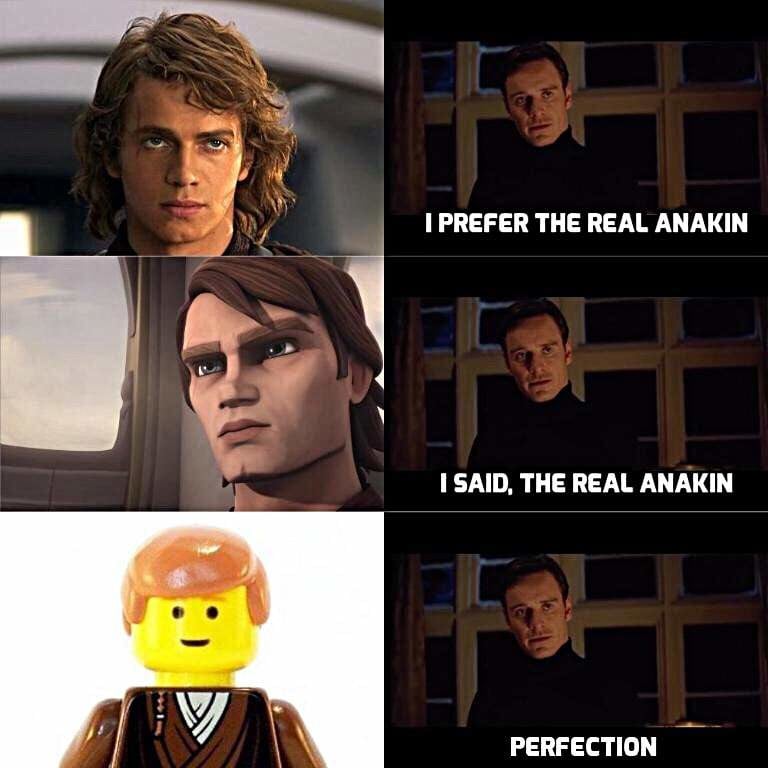 Better than prequel Anakin, better than Clone Wars Anakin, comes a Skywalker worth fighting for! 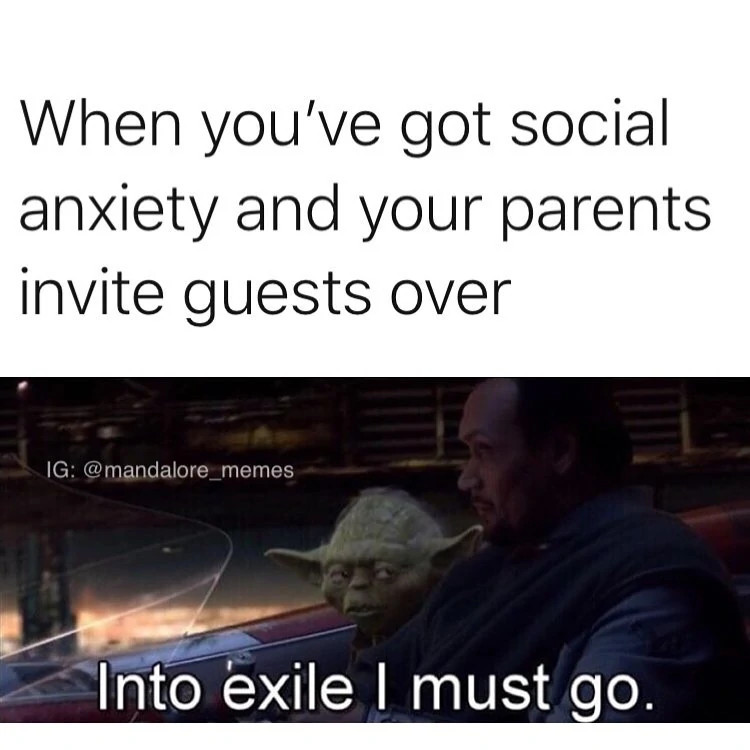 Excuse us, we have to hide in our rooms for the next few hours. 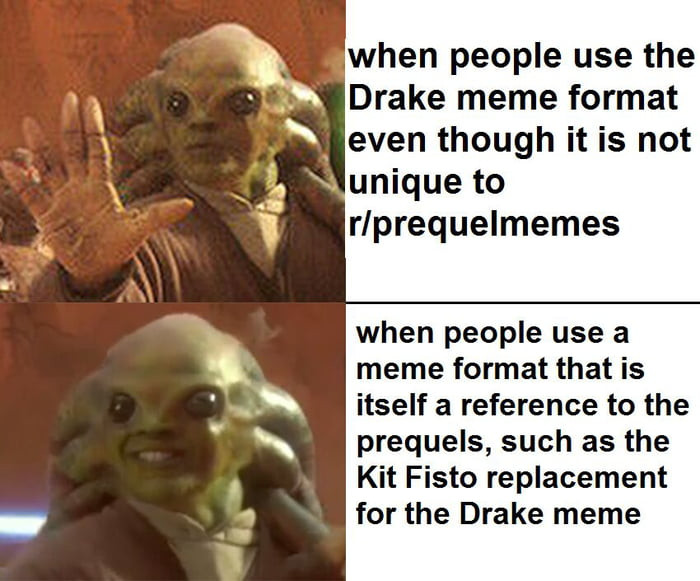 Kit Fisto’s perfect for showing off your Star Wars preferences! 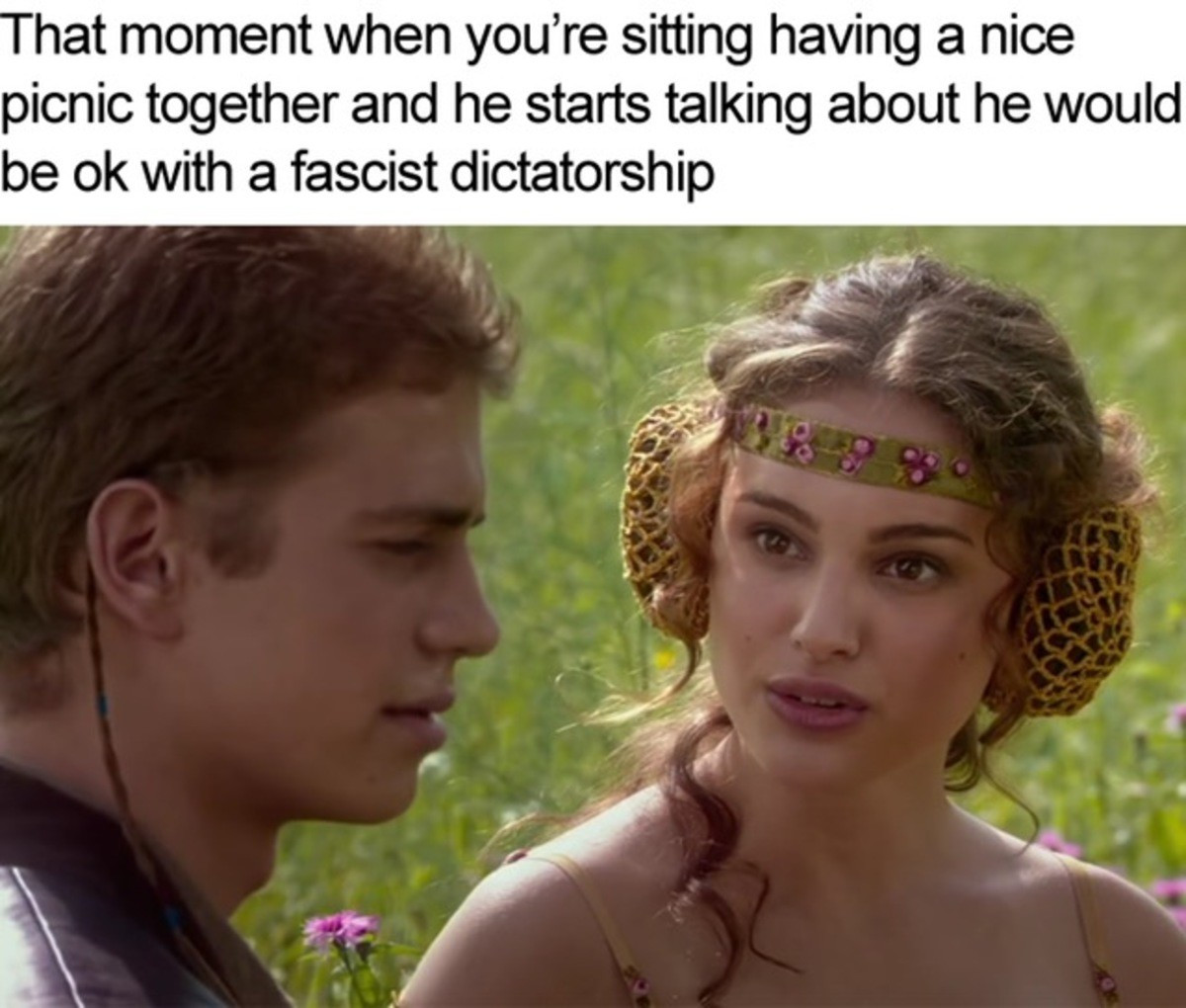 What should’ve been an intergalactic deal-breaker turned into the most contrived love story in the universe! (Will of The Force, our butts) 🙄 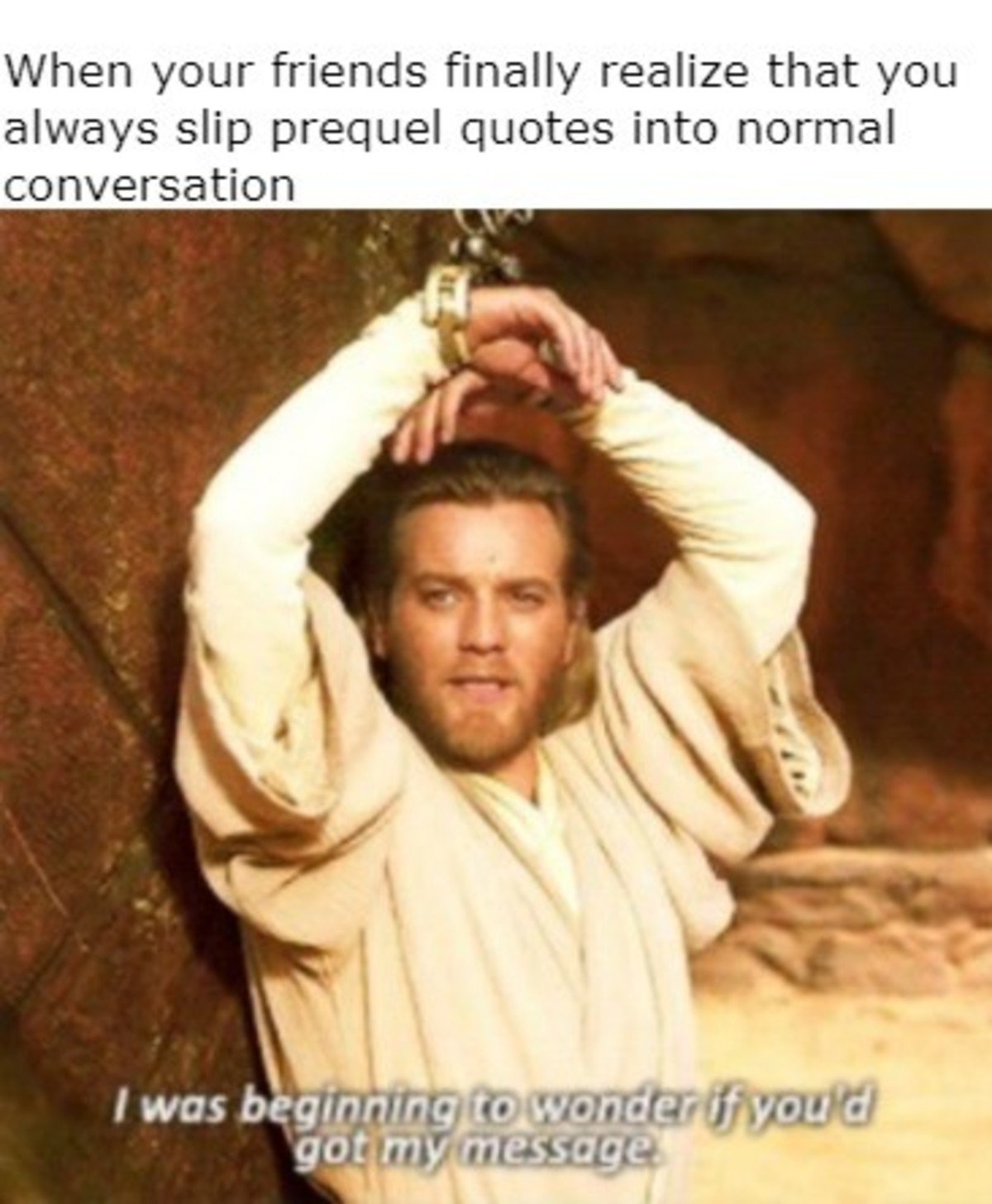 To let our friends know we stan the Star Wars prequels, we’ll just pepper Obi-Wan one-liners into our conversations.