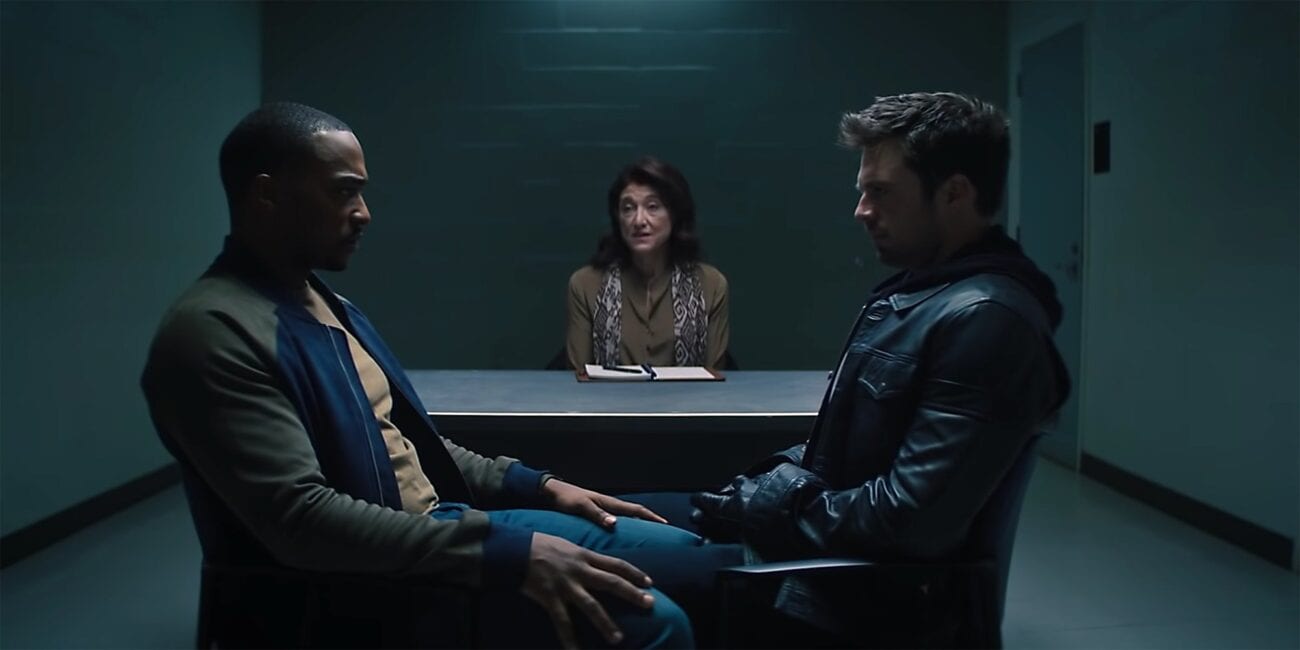 ‘The Falcon and the Winter Soldier’: The funniest memes from episode 2

The Falcon and the Winter Soldier, after a slow start where Sam (Anthony Mackie) & Bucky (Sebastian Stan) were living separate lives, finally sees the dynamic disaster duo united in trying to stop the Flag Smashers in episode 2. There were a lot of interesting things in the latest episode of Falcon and the Winter Soldier, which really focused on racism in a nuanced, interesting way for an MCU production.

However, those ways of looking into the reality of a Black superhero is a more serious article for another day. We’re here to talk about the memes from The Falcon & the Winter Soldier episode two, “The Star-Spangled Man”. And, yes, most of them are about the couple’s therapy scene from the trailers.

If you haven’t seen the second episode The Falcon and the Winter Soldier, then here’s your obligatory spoiler warning.

falcon and the winter soldier writers researching on tumblr and ao3 before writing the therapy scene #FalconAndTheWinterSoldier pic.twitter.com/1D7IMwQ8H5

Every fanfic writer has been looking at the series, at their AO3 accounts, and wonder just what the writers room knows.

It wasn’t just Bucky. It was all of us.

😐it’s mr. barnes to you 😐 pic.twitter.com/8OafDI0imy

You called him an “asset”. Like HYDRA did. You don’t get to call him Bucky.

#FalconAndTheWinterSoldier#TheBoys
These two radiate the same energy right? Or is it just me? 🤔 pic.twitter.com/9aS1D2u3fh

You can never unsee this

Well now this is just in our heads.

The Falcon and the Winter Soldier is just a jackasses-to-lovers without the slow burn, and they aren’t even being subtle about it. pic.twitter.com/E3etWdLmCz

Seriously. Where’s the AO3 account the writers’ room has?!

Alright Sam/Bucky shippers. How are you handling that explosion of content?

the falcon and the winter soldier episode 2 out of context #FalconAndTheWinterSoldier pic.twitter.com/M5Yjv4F3Qp

Basically. This is basically the same.

Falcon and the Winter Soldier are going to dive into some real s**t, people, and it is both utterly heartbreaking, but also refreshing to see this. Also, heck yeah, Isaiah Bradley is in the MCU and deserves your respect.

Listen Sebastian Stan & Bucky Barnes have been getting a lot of love. Anthony Mackie, however, has been giving the best performance. So y’all better drink some respect Sam Wilson juice.

Give us that disaster duo energy.

And, finally, a collection of memes

This series is great. We’re here for it.