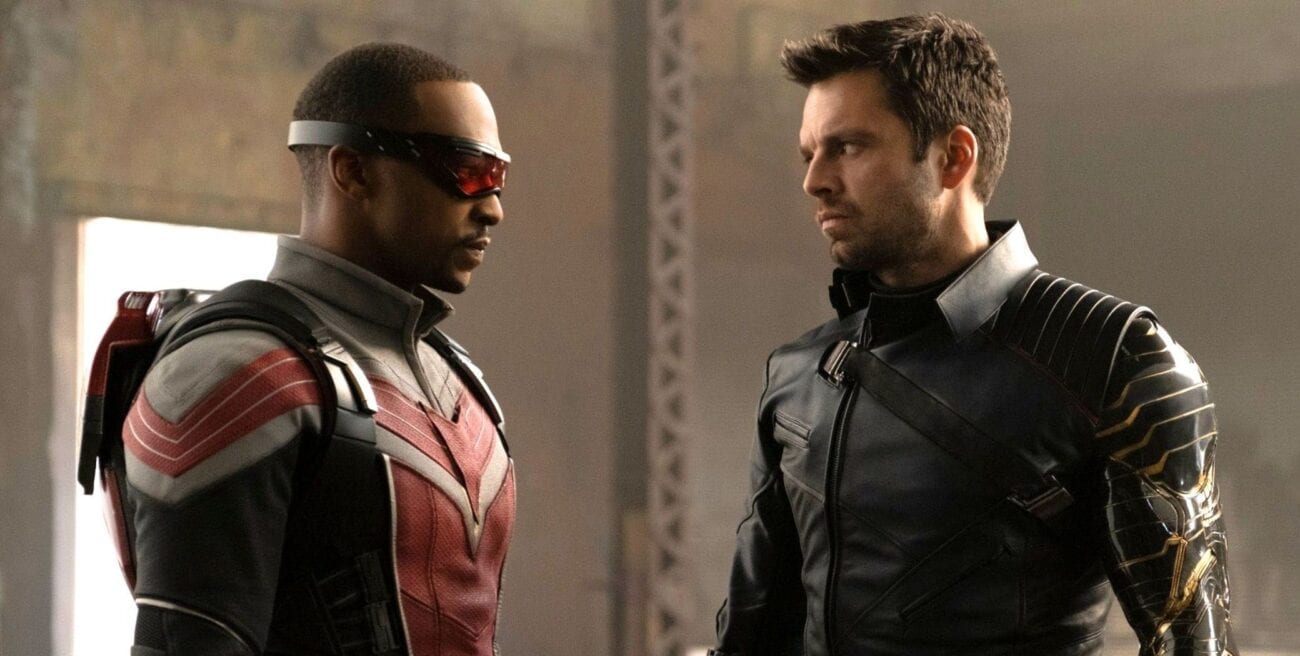 ‘The Falcon and the Winter Soldier’: Why is Twitter mad at the ending?

That reaction is on the nicer end of responses to the ending of The Falcon and the Winter Soldier’s first episode. However, Twitter is overflowing with much harsher (and funnier) comments regarding that whopper of a cliffhanger.

We’re referring, of course, to the debut of a new Captain America. We all knew something was afoot when Sam Wilson didn’t start The Falcon and the Winter Soldier as the new Cap we were promised in Avengers: Endgame. But to see Sam just give the shield to a museum? And now there’s a knock-off Chris Evans wearing the Cap uniform and brandishing his shield? Bring on those Twitter reactions!

You know you’re in trouble when your competitor’s characters are easily pointing out your flaws. Who would’ve thought Wonder Woman 1984’s Max Lord would be in a position to make fun of The Falcon and the Winter Soldier?

this is not captain america, this is carl dressed up for halloween #TheFalconAndTheWinterSoldier pic.twitter.com/PWO655N38U

Things are looking “up”

Oh, no. No, no, no. This can’t be unseen. Are we doomed to think of Carl every time we see New Cap now?

Like many in the Twitter-sphere, Oprah has no time for these shenanigans.

Picture poor Tony chilling in the afterlife, then he happens to glance back at our world . . . and realizes maybe Pepper was wrong when she said he could rest because everybody was going to be okay.

Yeah, not to get too political but, come on! Avengers: Endgame basically promised us a Black Captain America. What gives?

We didn’t want to say it but it’s true: if Cap had left the shield to Bucky, odds are none of this would be happening. We know Bucky wouldn’t have allowed some rando to become the new Captain America.

When is this happening, in relation to the events from WandaVision, by the way? Is The Falcon and the Winter Soldier taking place before Wanda became public enemy number one?

Hate to break it to Paul Bettany here, but this Cap replacement – as unimpressive as he looked – seemed to be pretty official. We think the paperwork is all taken care of.

You expect me to believe that this mf is the new captain america when he has a flat ass? Girl get tf out #TheFalconAndTheWinterSoldier #TFATWS pic.twitter.com/N8IdwoPU0Y

Not up to snuff

Can’t argue with this excellent point. New Cap needs to do more squats.

I FEEL SO DISRESPECTED pic.twitter.com/EHppQ3kfMT

Again, sometimes the outrage crosses franchise borders. That’s how you know you’ve touched a nerve. Let’s hope the team behind The Falcon and the Winter Soldier anticipated this much indignation regarding Cap 2.0.

#TheFalconAndTheWinterSoldier
Me when they introduced the New Captain America…. pic.twitter.com/TEHNVQDi9O

Who needs The Force?

We’ve seen what happens when you fire at Captain America: the guy has a shield! Surely even New Cap knows how to protect himself from simple bullets.

Maybe we can get a refund on our Disney+ subscription. But then we wouldn’t find out how the rest of The Falcon and the Winter Soldier turns out! What to do?

What’s your take on the new Captain America? What do you think is going to happen next on The Falcon and the Winter Soldier? Let us know in the comments!