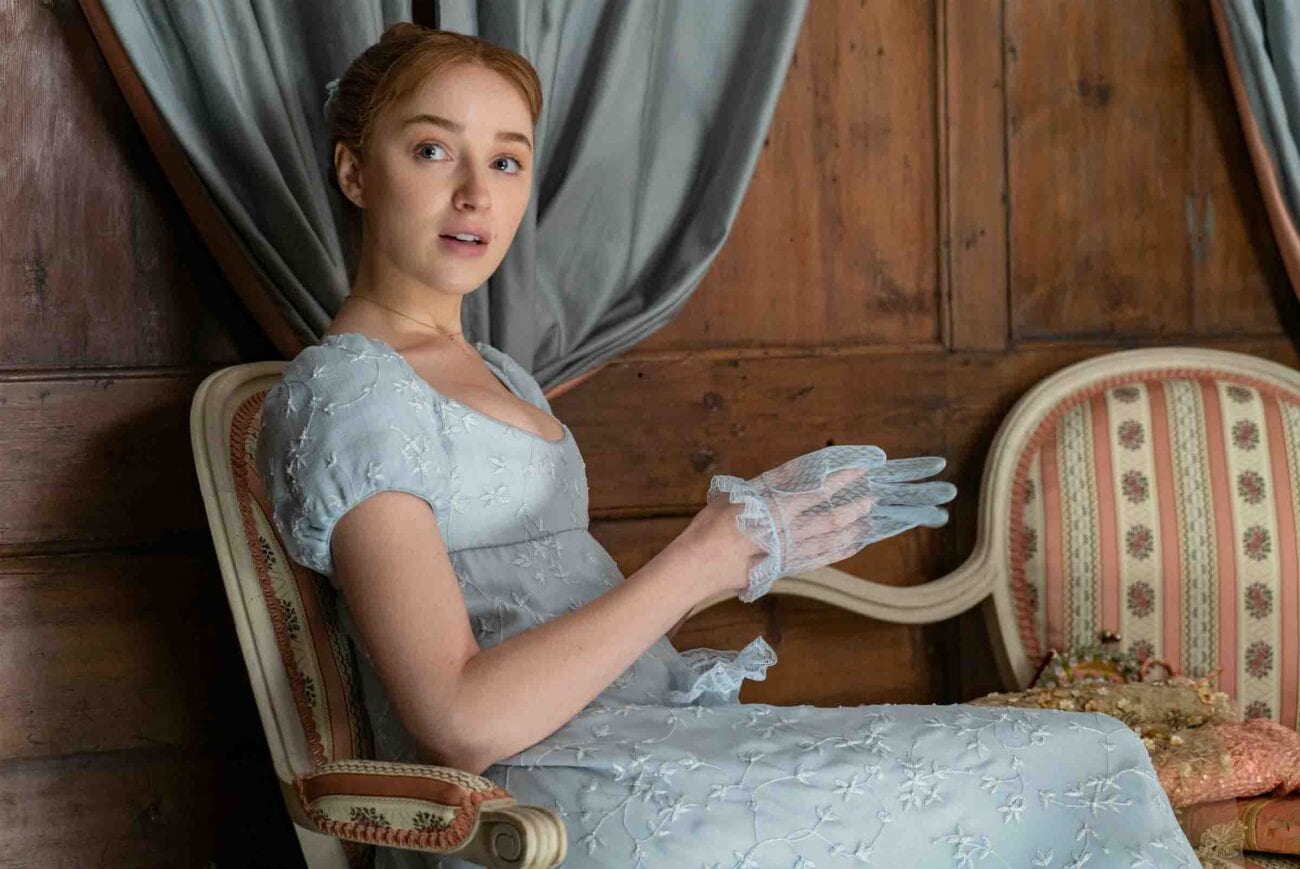 Still flying on a ‘Bridgerton’ high? Keep it alive with these memes

Bridgerton is the new obsession. In fact, it’s so popular that it’s officially been deemed Netflix’s biggest release – with the highest amount of views in its first 28 days on the platform. It’s estimated approximately 82 million households watched the colorful period drama. The show also hasn’t left Netflix’s daily top ten since its release on Christmas day and usually sits in the top three.

It’s safe to say that everyone is absolutely in love with Bridgerton. Thank goodness for that because it’s more fun to have an obsession that you can share with people. So, please enjoy some of our favorite Bridgerton memes with us because we just can’t get enough of the show. 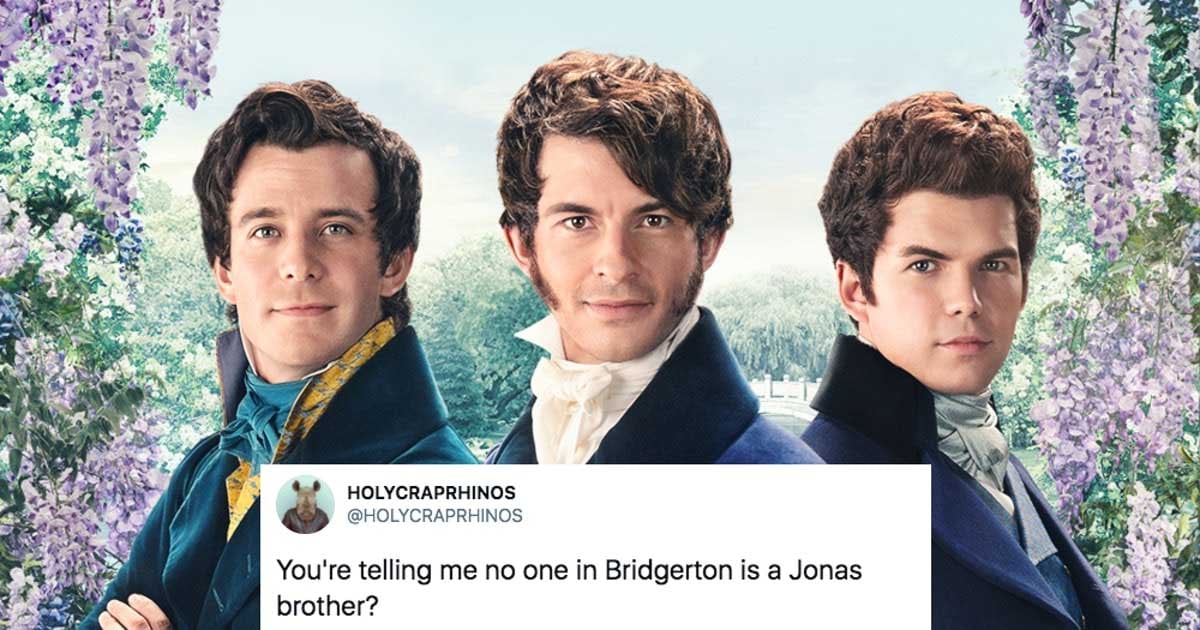 We snorted the way Daphne snorted when the prince said he liked her dress when we saw this meme. The Bridgerton boys are definitely the 1800s version of the Jonas Brothers . . . no wonder we have crushes on all of them. 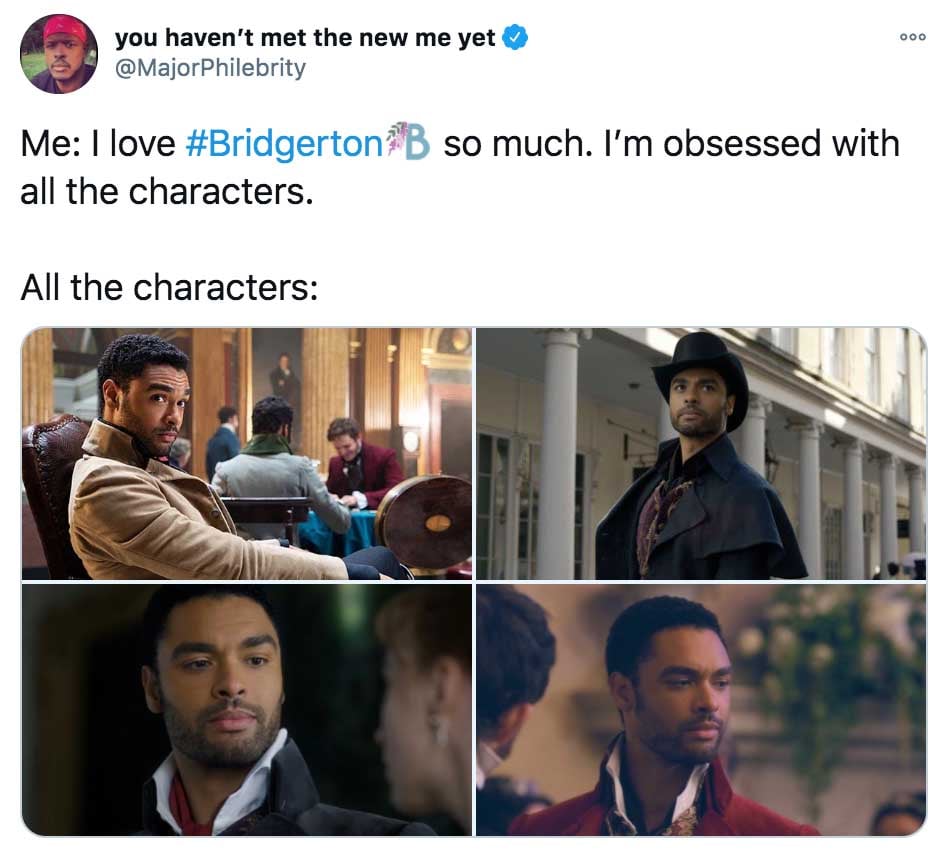 Listen, we get it. He’s handsome, suave, and puts on mysterious airs – of course, the duke has all our attention. 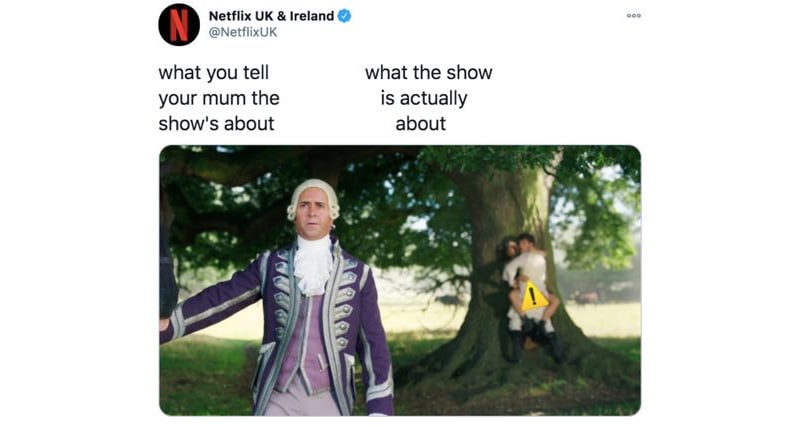 Even Netflix knows the Bridgerton struggle. You know your mom likes period dramas . . . but should you tell her about this period drama? (Spoiler alert: your mom has probably already watched it.) 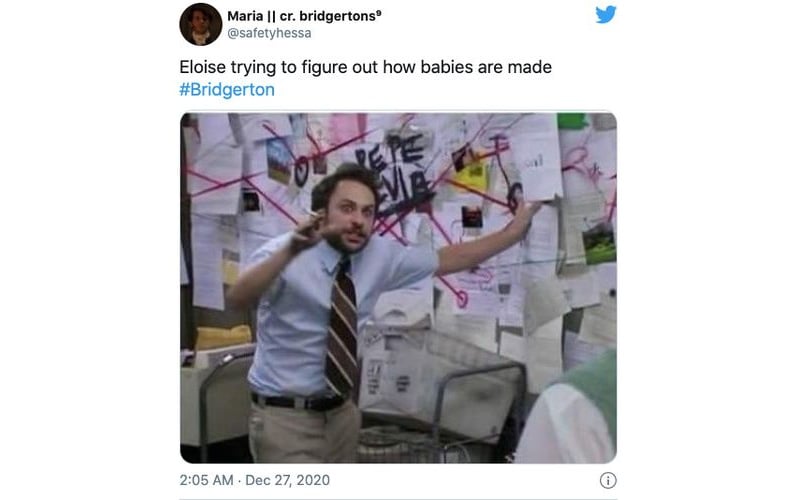 Staying in the dark

The poor Bridgerton girls were left painfully in the dark on some rather important subjects – especially since they’re expected to become mothers one day.

This was me after #Bridgerton pic.twitter.com/c0KX5XwhGu

This show does things to you

We’re really glad we looked into Bridgerton memes. It’s a relief to know we’re not the only ones fighting the urge to buy corsets and talk like posh Regency-era characters.

Only so many facts

You’re definitely going to run out of facts during episode six. Best of luck to you after that. 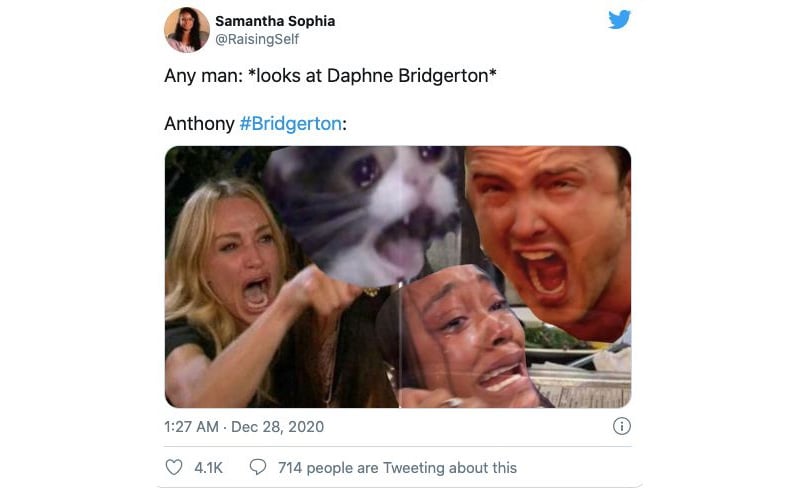 Anthony, you’ve literally put your sister on the dating market in the most literal sense of the phrase – you can’t get mad when people start to window shop. 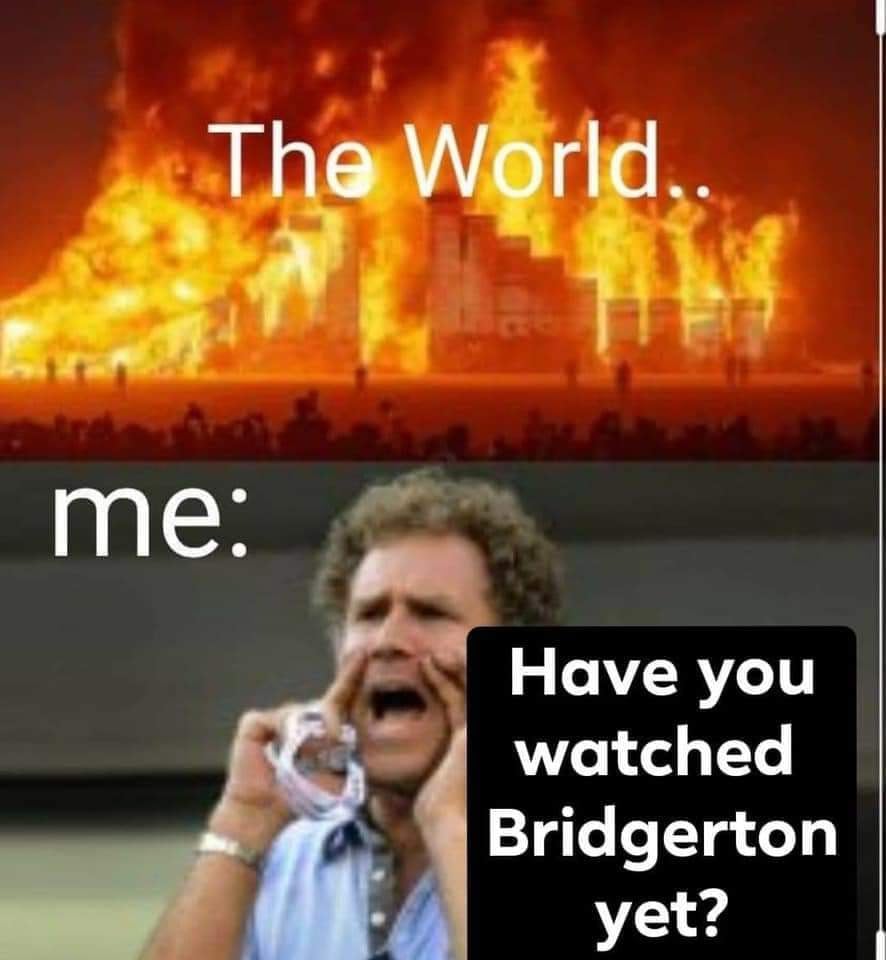 The world may feel crazy these days, but we do think that everyone who hasn’t seen Bridgerton needs to do that ASAP. That town will still be there later . . . probably.

I am HERE for all the Bernie mitten memes. 😂😂😂

This one had me rolling though @bridgerton pic.twitter.com/V60secPxej

And a Bernie meme

Nothing gets the meme treatment these days without also getting the Bernie meme added to it and Bridgerton is no different.