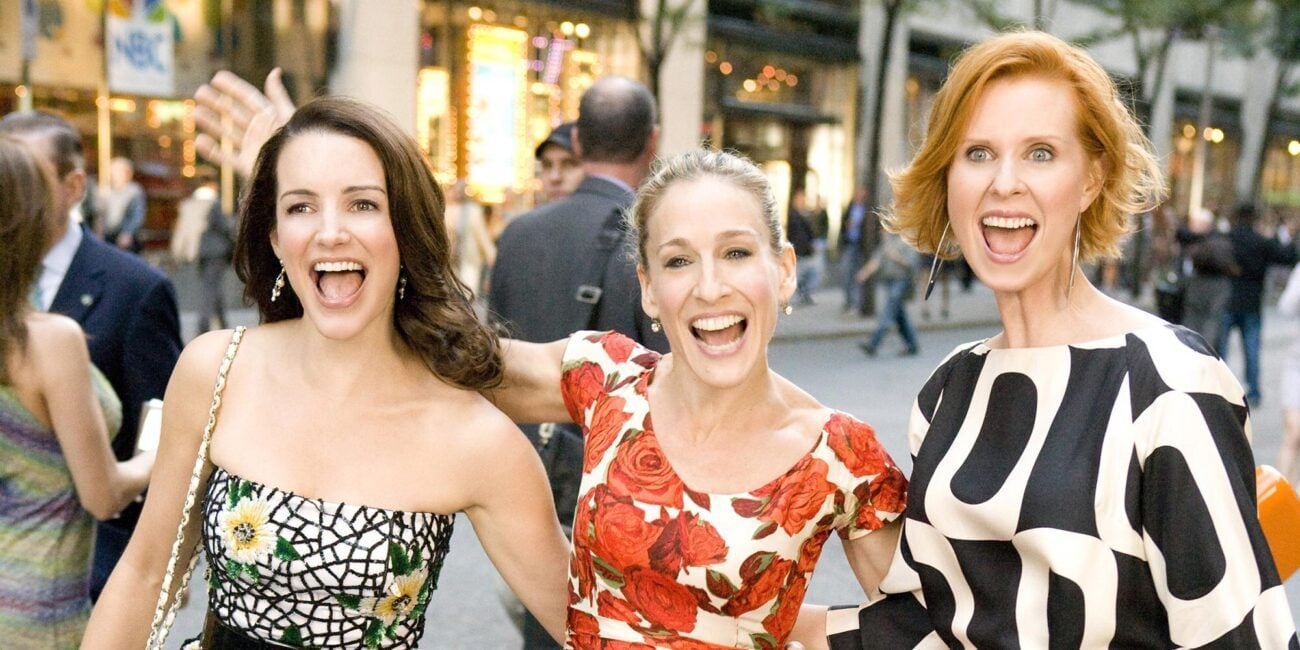 We’re only a couple of weeks away from the HBO Max debut of And Just Like That . . ., the follow-up series to the HBO hit Sex and the City, which ran for six seasons and even spawned two major motion pictures. Have you checked out the latest trailer for the upcoming project?

And Just Like That . . . will follow Carrie and her best friends Miranda and Charlotte as they navigate the complicated reality of life and friendship in their fifties. Kim Cattrall, who portrayed Samantha Jones on the series and both big-screen adaptations, opted not to return for the new series. This is not really a surprise to fans of the show, given Cattrall’s constant rumored on and off set drama.

While fans may find it difficult to get used to a Sex and the City world without Samantha Jones, there’s no doubt that so many of us are ready to return to the city with our favorite girls as well as their men, especially when considering that they’ve added Grey’s Anatomy’s Sara Ramirez to the cast. But why are we so excited for And Just Like That . . . ? Because of all the amazing SATC memes, of course! Care to check out our favs?

I’ve never seen a single episode of Sex and the City, but whenever I sit down to type out a journal entry at the end of the day I think of this meme.

it’s simple… I see a sex and the city meme and I must like it immediately https://t.co/aMh2wXkdk6

We’re losing our creative touch. We’ll just let the And Just Like That memes do the work.

Gotta love the Sex and the City memes. Ok but seriously- Reels DO make you money! They may not be the most direct marketing tool, but they certainly work to expand your brand awareness and push people into the top of your marketing funnel who might not have found you otherwise. pic.twitter.com/Dku2lEbMkT

Strongside vs. left side

Are there any #TeamAidan fans out there?

I keep finding my Carrie Bradshaw meme all on Instagram and Tumblr. I can't believe my biggest impact is through the words of a white woman https://t.co/dJnpkefm4j

Due to popular demand, here is my fav Carrie Bradshaw meme xo pic.twitter.com/TZmlW1HdzJ

This one got us

Carrie Bradshaw always finds a way to make it about her!

I am fucking living for this Carrie Bradshaw meme. pic.twitter.com/DHYwCrhigB

And we don’t want any part of them.

We all had a dry spell in quarantine

Stop making this about you, Carrie.

Why is Carrie Bradshaw my favorite meme? https://t.co/vAcijL4g5m

This was the most annoying thing ever, especially if you couldn’t hear either! Thanks for reminding us, And Just Like That memes . . .