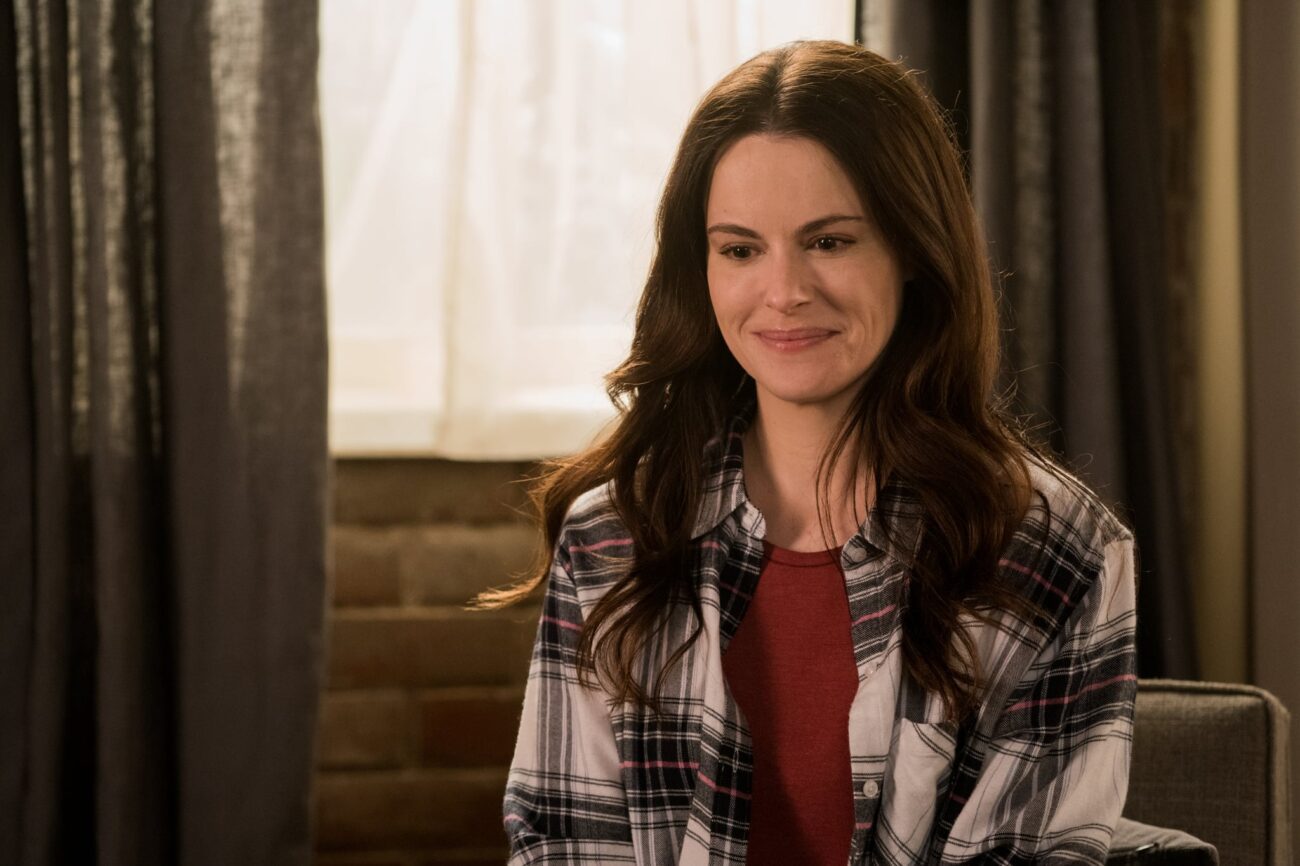 Few sitcoms manage to become both a fan & critic favorite, but Schitt’s Creek managed to not just leave their audience in splits, but also swept up the Emmy Awards. Schitt’s Creek brought together a fine cast: Eugene Levy & Catherine O’Hara as Johny & Moira Rose were phenomenal as they revived their old chemistry, joined by former’s kids, Dan & Sarah as David & Twyla.

But the biggest surprise came to the audience in the form of the spot-on acting prowess of Annie Murphy (who played the adventurous sister Alexis) & Emily Hampshire as the emotionally-neutral joyride Stevie Budd. Seeing Hampshire as the sardonic motel employee, we’re all convinced there’s no one else better suited to the role.

Turns out, we aren’t the only ones crushing on these stars. Singer Demi Lovato, who came out as non-binary earlier this year, is also in the running. But who did they hit on? 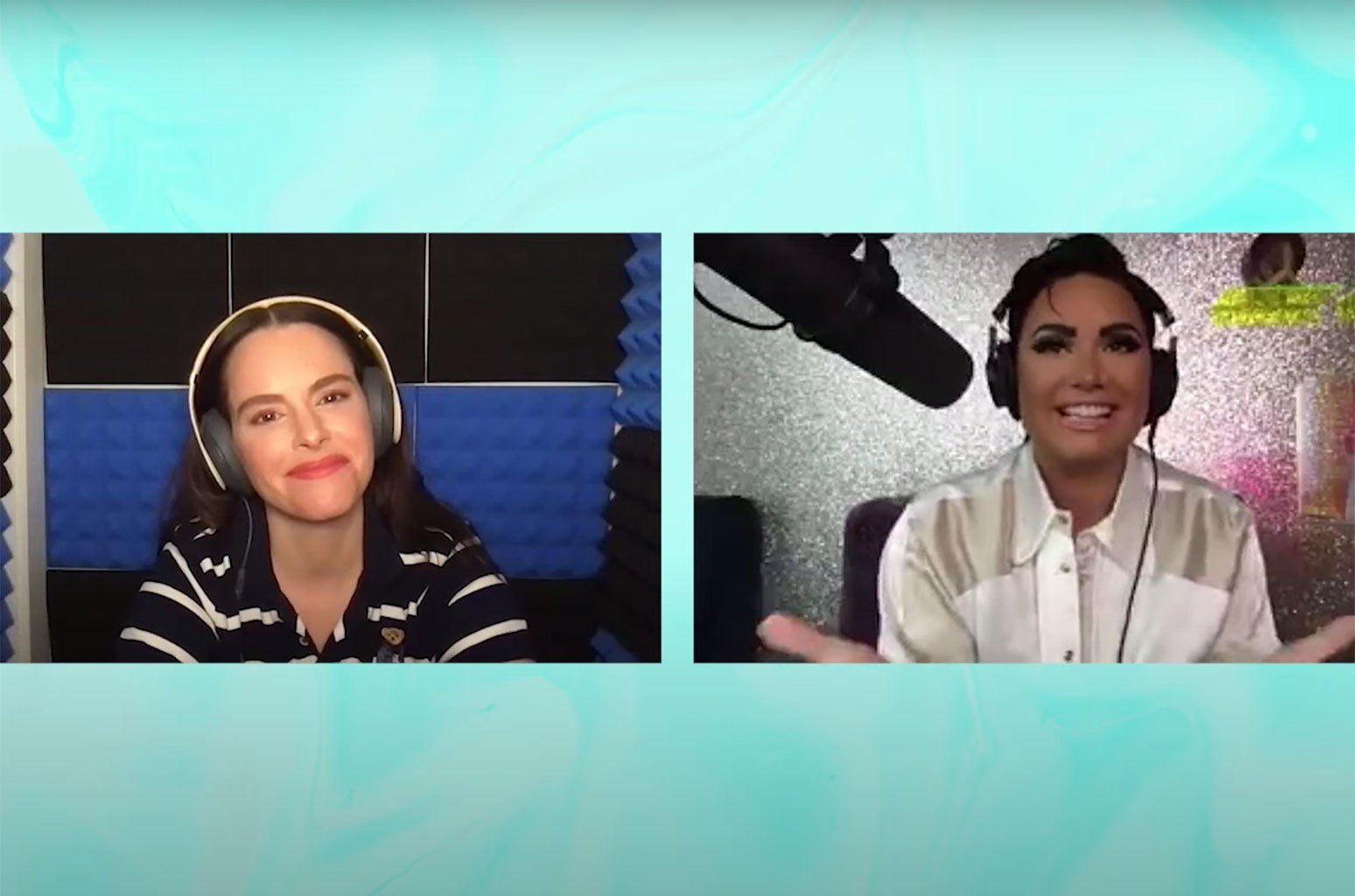 Who did Demi Lovato ask out?

On their podcast called 4D with Demi Lovato, they were joined by Hampshire this week. The 40-year-old Canadian actress shared the details of their meet-cute. Turns out, Lovato had slid into Hampshire’s DMs. Way to shoot your shot.

Hampshire shared how millennial lingo could have led to crossed wires, “You slid in my DMs and you said, ‘Hey, I like you on the show. We should kick it sometime.’ And then you said, below it, ‘And by kick it, I mean go on a date. I find you attractive.’ You made it clear it was a date. And I loved that because sometimes that’s confusing. I’m decades older than you, so ‘kick it,’ I was looking it up.”

That wasn’t the only possibly awkward thing: Hampshire then called out their age gap, to which Lovato responded with another example, “Think of Sarah Paulson and Holland Taylor. I don’t mean you’re the Holland Taylor!” Celebrities . . . they’re just like us. 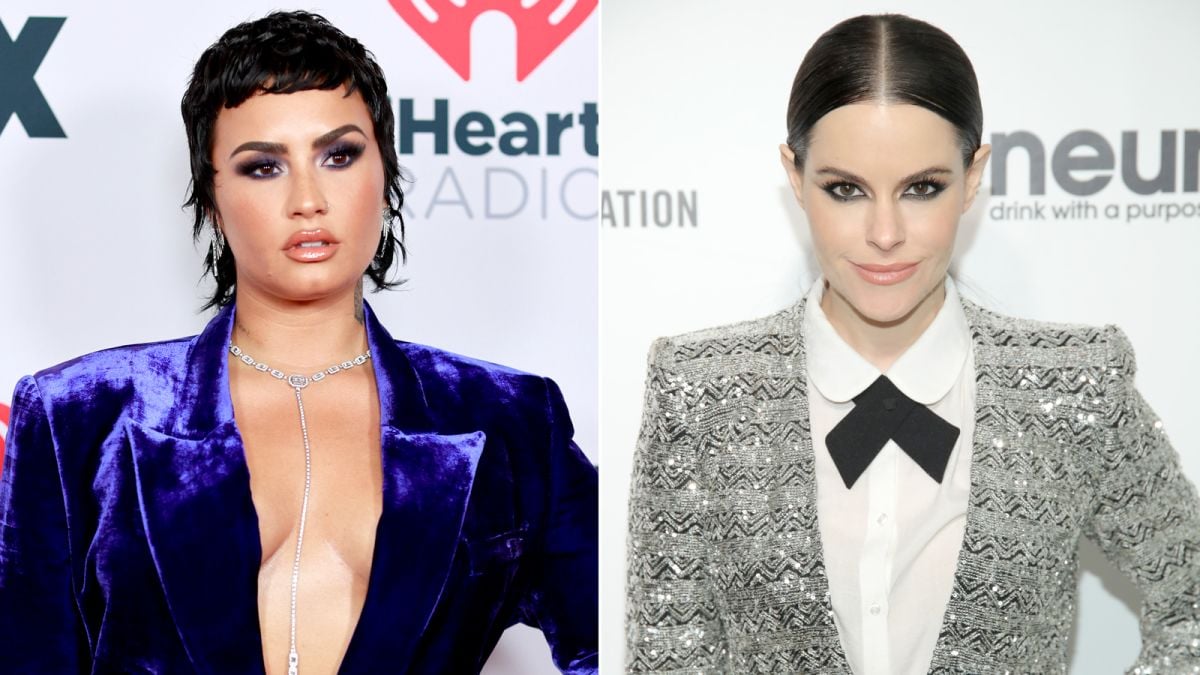 Hampshire lightened the mood, exclaiming, “I thought it was the funniest thing in the whole world because I was a Holland Taylor in that situation. Proud to be.” Lovato then took this opportunity to explain that the interaction may not have led to a romantic engagement but gave them a great friend.

They shared, “A non-binary person can dream. And they, she — I was a ‘she’ at the time — she was dreaming big. I was like, ‘What’s the worst that could happen?’ And I made a really good friend. You’re a dope friend, and I’m happy we became friends.” If you were looking for a sign to shoot your shot, this is really it.

On the other hand, some serious talk

The stars also chatted about their struggles, including eating disorders, relationship status, et al. Hampshire shared that she’d gone into treatment for a month, right before she started Schitt’s Creek.

Hampshire shared, “I had told you something that I’d never shared with anybody just like that before. I had told you that you speaking out about your eating disorder in the way that you did, especially because it was bulimia — I even have trouble saying that word, which is a problem, obviously —but you really affected me when I didn’t even know you.” 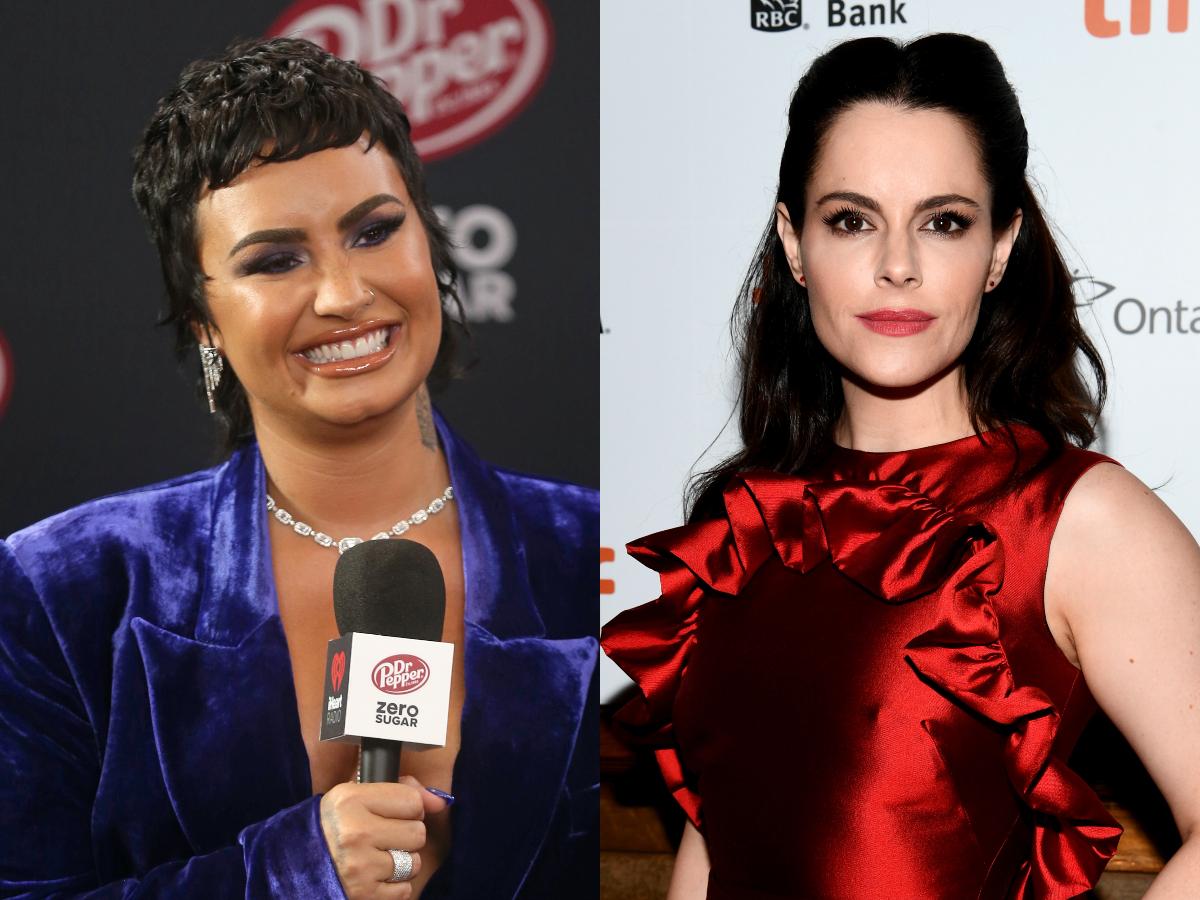 They went on to discuss their singlehood, as Hampshire talked about her journey through a breakup that left her looking inside, “I went through a difficult breakup and it kind of forced me to really go to therapy and look at myself because I was all about the other person.”

She added, “Everything was about me not having any needs and any self-worth, and now that I’ve finally gotten to, after lots of expensive, expensive therapy, that I love me so much and doing what I want to do, that I’m scared to get into a relationship. I’m worried that I’m just going to give that up.”

Lovato joked about loving their alone time with their Grey’s Anatomy marathons. Check out the podcast episode if you haven’t already.