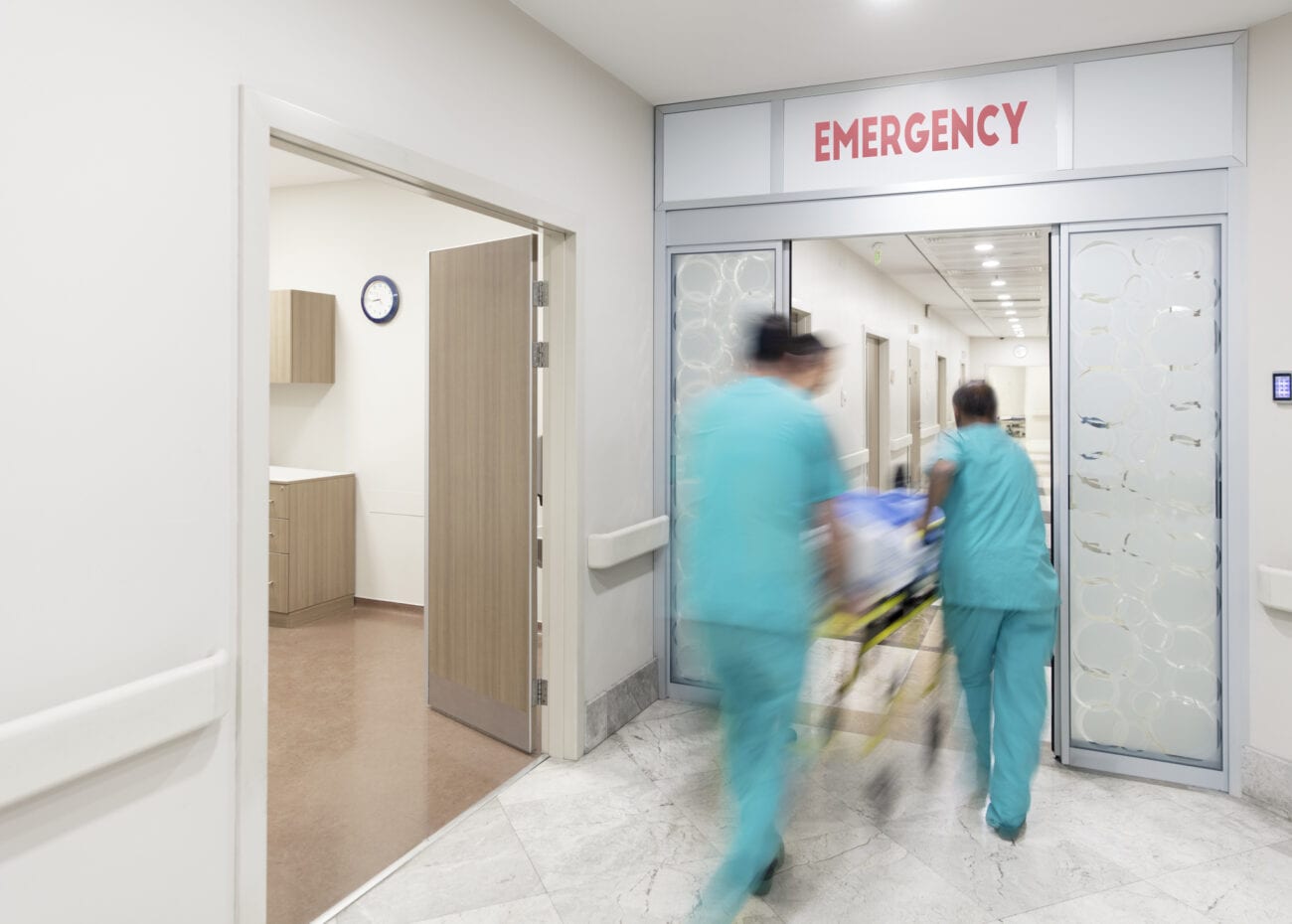 For those who follow Vlog Squad member and barber Jeff Wittek, you might be asking the question of what happened to his face, seemingly stitched up and bruised from a 2020 accident we have little to no details of. However, after releasing a teaser trailer on his YouTube account a few days ago, we now know that we will learn the full truth of what happened to his face last Summer on the docuseries Don’t Try This at Home.

Both Jeff Wittek and Vlog Squad creator David Dobrik have seen their fair share of controversy these past few months, both of which are treading the waters of cancel culture even as we speak. However, after Jeff Wittek revealed images of his busted up face, many took the time to pause and ask the question of what happened? Now, after the release of his docuseries second episode, we now know whose fault it truly was . . .

The episode, appropriately titled “How I Broke My Face” shows the Vlog Squad having fun and filming content in the center of a lake, where David Dobrik is operating a large excavator that’s spinning his friends around on wakeboards, inner tubes, and rope – Tarzan style. Wittek, itching for some good content, grabbed the rope while Dobrik irresponsibly spinned him around, leaving a bit that’s just like Wittek’s face . . . broken. 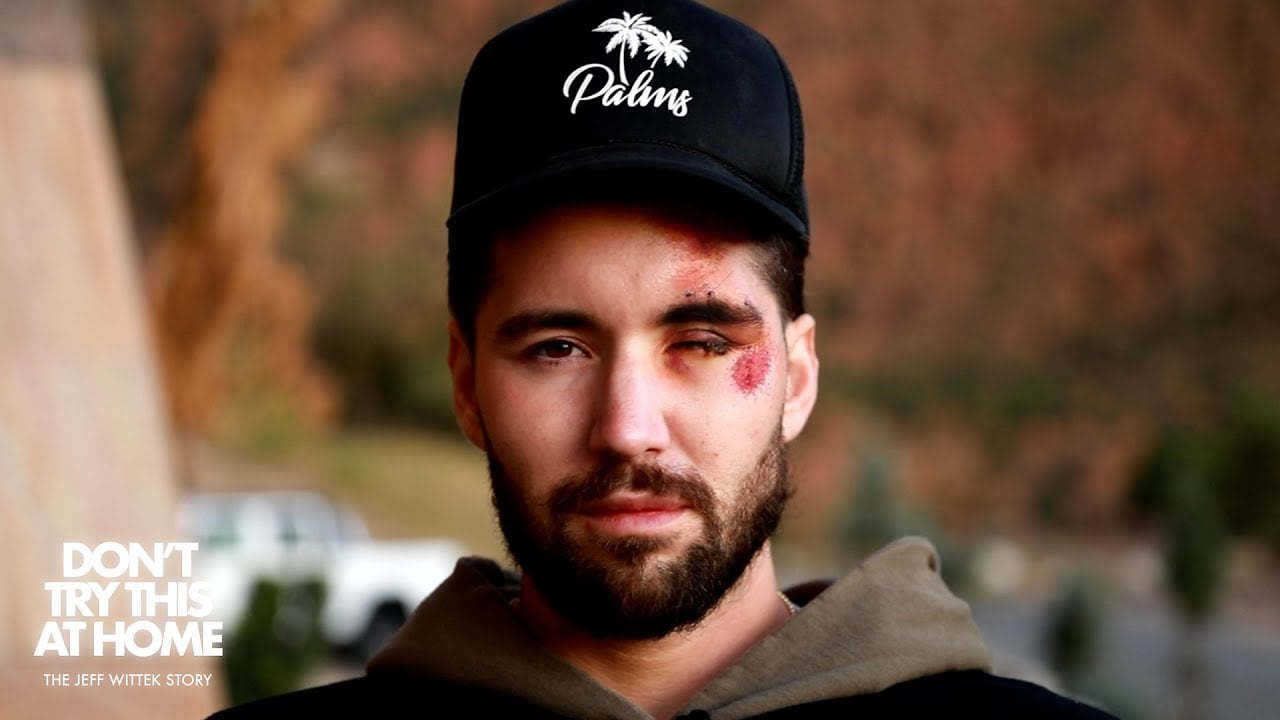 In June 2020, Jeff Wittek posted a selfie on his IG with a disturbing image of his face, captioned with the notion that he “got into an accident and broke my face and skull in a few places.” Wittek went on to tell fans how he wanted to explain to them what happened on his own time, and now, nearly ten months later, we finally know what went down with his face.

Part two of Wittek’s docuseries, titled “How I Broke My Face,” was uploaded on Wednesday night and has already been viewed 1.4 million times. It consisted of content regarding the lead-up to the accident, including clips of Wittek and two friends and fellow Vlog Squad members, Natalie Noel and Todd Smith, learning to skydive. The trio then met up with the rest of the Vlog Squad at Bear Lake in Utah.

The footage in the episode shows Vlog Squad members taking turns being pulled around by the excavator’s arm, operated by Dobrik himself. Wittek, who climbed up on the rope after an angry Corinna Kopf jumped off, stated how he wanted to make a “funny video”, even though Dobrik seemed to have been taking the bit too far. Indeed he did, for what happens next seems to be the moment where we learn truly happened to Wittek’s face. 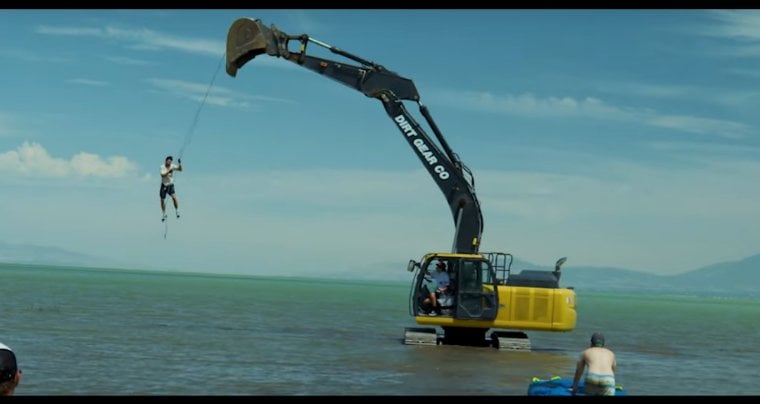 “I just jumped out of a plane 20 times, what’s the worst that could happen if I swing from a rope over a one-foot deep lake?” Wittek said in the narration. “And yeah, I didn’t

know I was going to go that fast. So I grabbed the f&^%*[email protected] rope and I tried to make a goddamn funny video for people. This was where I made a mistake. I forgot that the biggest f—ing idiot I know was driving it.”

The video, just before it was cut off as a teaser for the upcoming episode, shows the dramatic footage of Wittek being swung around by the excavator at high speed through the air. The camera then cuts to Dobrik, shouting “Oh, s%!+” before we see Wittek hanging by the rope, face down in the water. The clip then cuts to Wittek’s friends racing through the water to get to their hurt friend, seemingly passed out with his face open.

Episode three should provide us with all of the graphic details, and honestly, it’s the trainwreck that we simply cannot turn away from. But hey, at least now we know what happened!