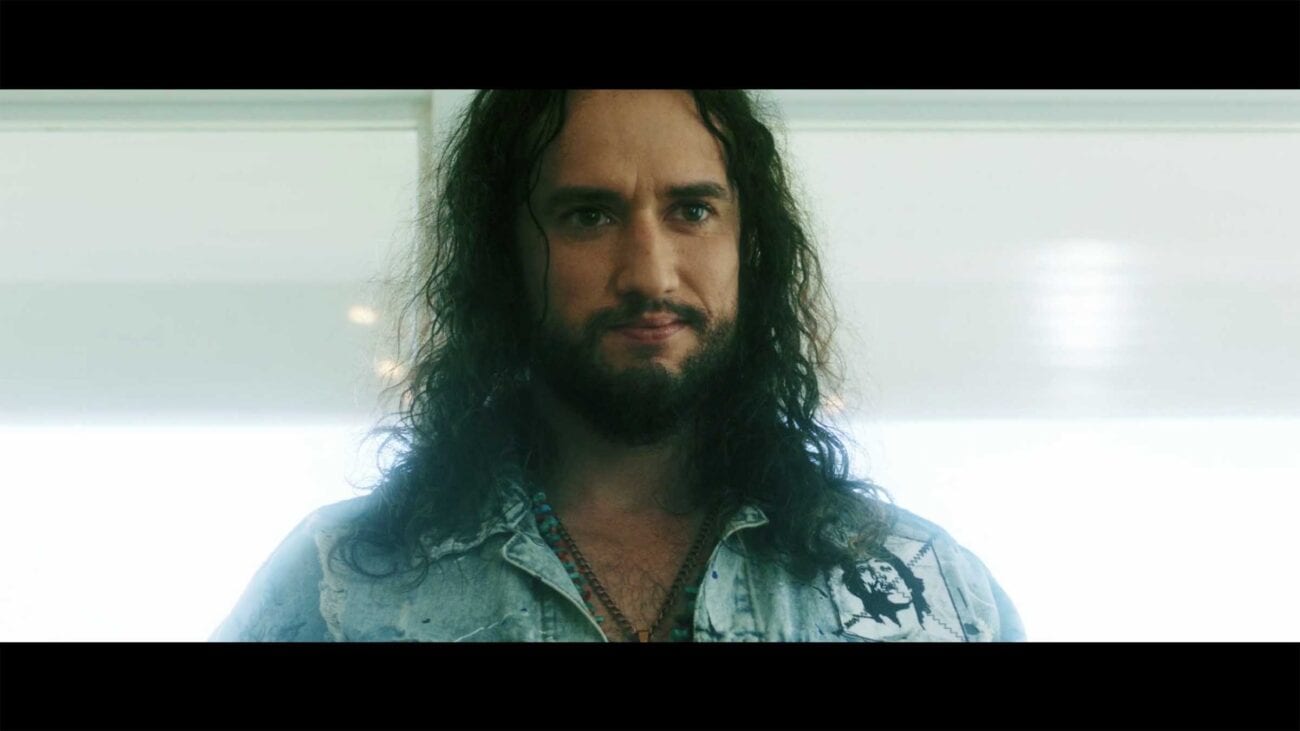 Tyler Gallant was bit by the acting bug at a young age, and there was no turning back for the former hockey player. Even while he was on the ice, he found himself drawn back to the arts as he studied journalism in college. So it’s no surprise Gallant found his way into the indie film industry.

With a focus on horror, Tyler Gallant most recently starred in the thrilling indie film Blind as mute coach Luke. His second collaboration with director Marcel Waltz, Gallant continues to shine as an icon in the indie horror world.

We spoke with Gallant about working on Blind and what else the indie actor has in the works for 2021.

Tell us about your acting history. How did you start your journey?

I started my acting journey in Gingham, MA where my cousin Dennis Hurley put me in his home movies that he wrote and directed. Some were original concepts and some were our remakes of our favorite Hollywood films. At first I was reluctant because I was 7 and didn’t want my older cousins to boss me around but once I started I LOVED it! The passion grew from there and here I am today. 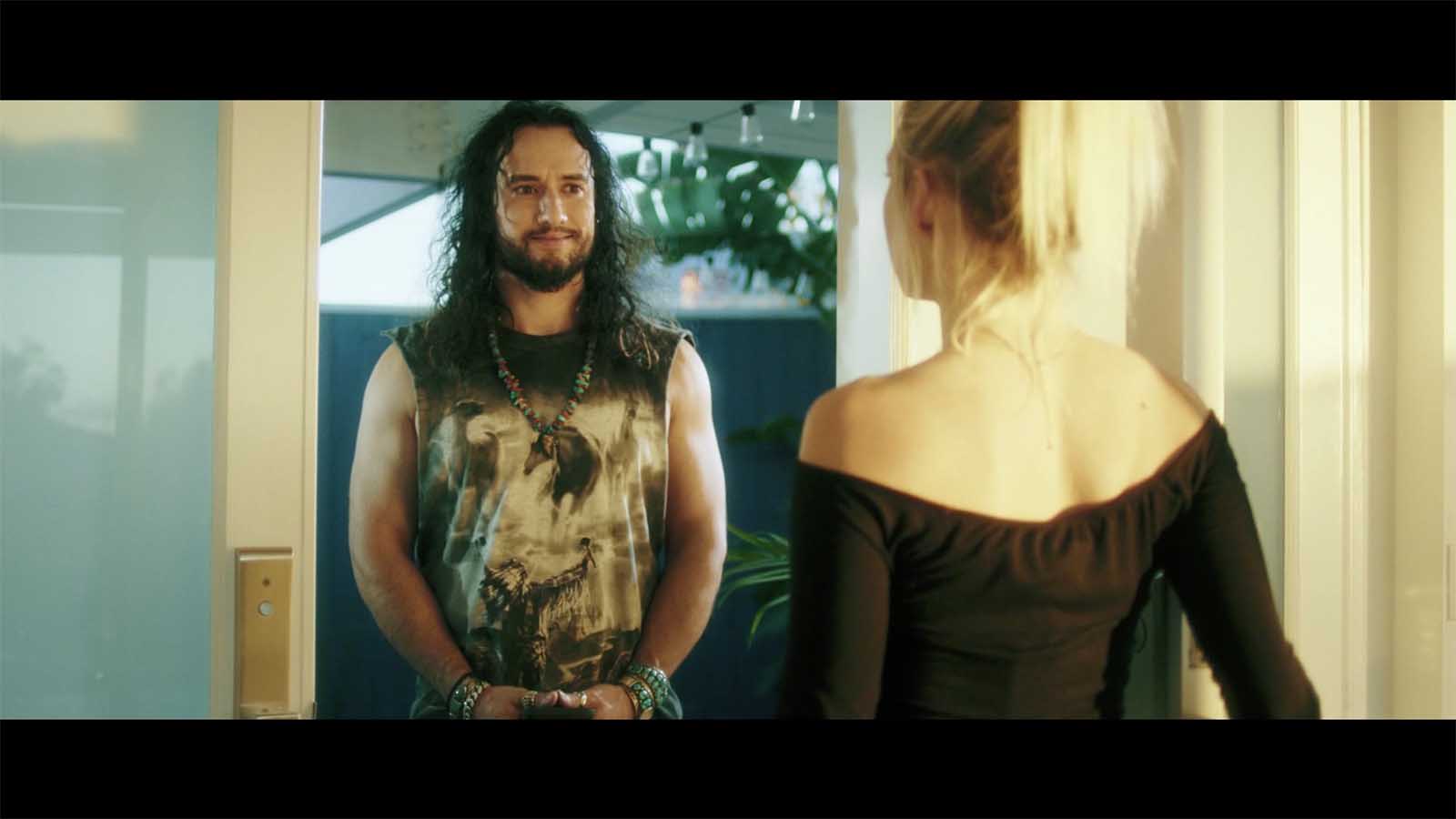 You’ve acted for both film and television. Which medium do you prefer and why?

I love the creativity and creative freedom of Indie film but I would love to play an iconic character in a TV series especially one that runs for many seasons. I feel like for an actor the chance to work consistently would be the dream and a regular role in a hit series would allow for that.

You play a mute trainer in the new film Blind. What sort of research did you do to prepare for the role?

I did a lot of studying of people that were mute from: reading, watching documentaries and videos about mute people. It was the first time I have played a character like this and it was so powerful to be able to play a character that was so positive and also motivational for anyone struggling with anything in life.

Luke headed up a meeting of all disabled people and wanted to motivate them and move them to realize how amazing and strong they are.

This is the 2nd film I have worked with Marcel Walz on (the first is Rootwood) and in both films Marcel was wonderful to work with. He is a true artist in that he wants the actors to be able to have some creative freedom as well and have an artistic collaboration as long as it fits the story.

His sense of visuals, colors and style brings such a vibrance and uniqueness to his projects that is so memorable. He is also a terrific friend and so supportive of everyone he works with.

This was the first film I have worked with writer Joe Knetter on and it was a great experience. Joe is a wonderful writer and has such passion for his work, he really dives into the work and gives an actor so much to work with.

His sense of humor and witty nature makes the time on set always a blast working with Joe. This is a wonderful team that will be around for a long time. I look forward to collaborating more in the future with these talented guys.

Your character in Blind is also a life coach. Do certain roles change your outlook or affect the way you think about life?

This aspect of Luke was a lot of fun to explore but not something foreign to me. After playing ice hockey professionally I have been coaching hockey for years in Los Angeles now and it’s also a passion. Seeing my students excel and reach their goals brings me a lot of happiness. So when I played Luke I focused on how it feels to coach my students to strive to reach their goals and fullest potential. 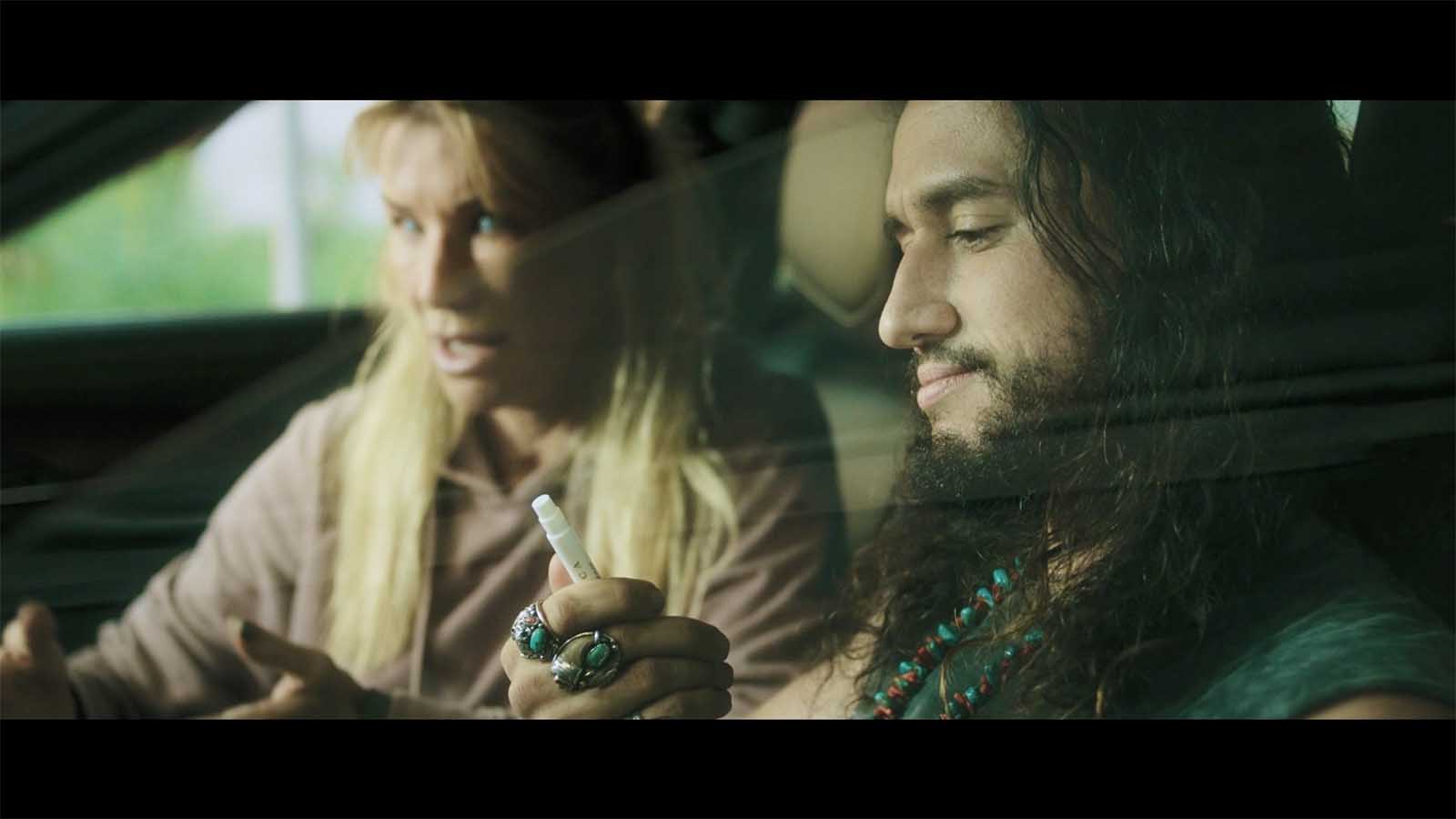 Blind is the latest horror film you’ve done after Rootwood & Alpha Wolf. Are you a fan of the horror genre in general?

Yes! I have loved horror since I was little.  The imagination and creativity of 80s horror is what drew me into the genre.  My first horror films I saw were A Nightmare on Elm Street, Halloween, Christine, The Fog and Alien. These films had great stories and such imagination I was hooked!  To this day they are done I love to revisit all the time

Did COVID-19 affect the production of the film?

Blind was actually shot almost a year before COVID so we were not impacted at all with it. It was fortunate that it was released during COVID when there was a need for content. Blind is still hitting new countries as we speak, this week it released in South Korea and more countries to come.

Are there particular kinds of roles you like to play or do you prefer to change things up with each new film?

I consider myself a character actor that can play leading roles but my love is in the character work. I have always loved villains or “bad boy roles”ever since I was a kid. I’m pretty much every movie or book I was more interested in the villain then the hero much to my mother’s chagrin. I don’t mind a change though as it is fun to challenge yourself creatively with different characters.

I have worked with many great coaches in LA but the one I have been with for years is NoHo based coach Nikolai Guzov. He is a former professional Russian stage actor who came to LA in the 90s.

He has been teaching me the Chekhov technique over the past years and have gotten to study with other amazing actors in the class as scene partners as well that are enjoying mainstream success. I learned about Nikolai through coaching and playing hockey as he plays hockey in the entertainment community here in LA as well.

My biggest goal as an actor is to make people feel and experience something when they watch my work. If they walk out saying I hated or I loved that “character” that makes me feel so happy. At the end of the day all I want to do it entertain people and help them escape reality for an hour or 2.

You are of indigenous American/Canadian heritage. What was it like to play an indigenous character in the upcoming film Obscura?

Playing an indigenous character in Obscura was so incredibly meaningful to me. I have wanted to be portray a strong and proud indigenous character for my entire career and I finally got to do it. “Apache” is a strong and soulful character who lives by the warriors code. Another wonderful opportunity was to work with John DeWolfe who was in the cinematography dept on the film and he is Lakota/Navajo. John also gave me some wonderful inspiration while we filmed together. When I wrapped my last scene he said  “the ancestors are proud” which was such a proud and powerful moment to me.

You had never played an indigenous character prior to Obscura. Was it due to a lack of good roles or were you waiting for the right film?

I was never offered a native role prior to Obscura so when the opportunity came I was beyond excited. However there doesn’t seem to be many native characters in many scripts that I have seen. I hope that Obscura will open the door for more more native roles not only for me but in general.

You also perform your own stunts and motorcycle riding in Obscura. Did the stunt work inform your acting at all?

Stunt work is a lot of fun for me at least the stunts that I perform like fight scenes, some driving scenes, weapon stunts. I have done boxing, Muay Thai, Krav Maga, wrestling, motorcycle riding, driving on screen, shooting guns and hand to hand with weapons. The athlete in me loves the physicality and I feel it also really brings me into the character and grounds me.

Do you have any routines or exercises to help you get into character?

I rely on the Chekhov technique with visualization, atmosphere and psychological gesture as my favorite ways of finding a character visually and physically.

Can you tell us about any other projects in the works?

I just finished working on another project with Marcel Walz & Joe Knetter. This project will be announced in the coming months, we are all very excited about so you’ll have to stay tuned for the news. Right now my agent Cindy at Eris Talent Agency has been busy trying to line up the next job.

My favorite actors and artistic inspirations are: Gary Oldman, Johnny Depp, Matthew McCaunaghey, Woody Harrelson, Tom Hardy, Heath Ledger, Christian Bale, and Jack Nicholson. These actors always brought so much life and nuance to all of their characters and could play the character roles or leading man roles interchangeably with ease.

Are there any specific filmmakers you would love to work with?

What do you think you’d be doing if you weren’t an actor?

I would probably be a full time goalie coach for a college or pro team somewhere.

I would first say what my coach always says, “You really must be serious about this profession because this is a really tough industry with tons of amazing competitors and if there is anything else that you love and could see yourself doing you might want to do that”.

HOWEVER if you love acting and film with all of your being and you must pursue it, then you need to work like hell, learn as much as you can and practice tons. I would also say there is no substitute to actually working on set, so take all the opportunities you can to learn by performing; do student films, make your own films, take creative risks and never loose that creative fire.

Also don’t let anyone discourage you because there will be many more No’s then Yes’s in your career, so you have to stay positive and focused on your goals. Also learn things to make you stand out: accents, dialects, body movement, voice training, stunts.

My favorite film of all time….That’s hard to pick one so here are a few that made a huge impact on me: True Detective season 1, True Romance, The Outlaw Josey Wales, Tombstone, The Lost Boys, and Chinatown.