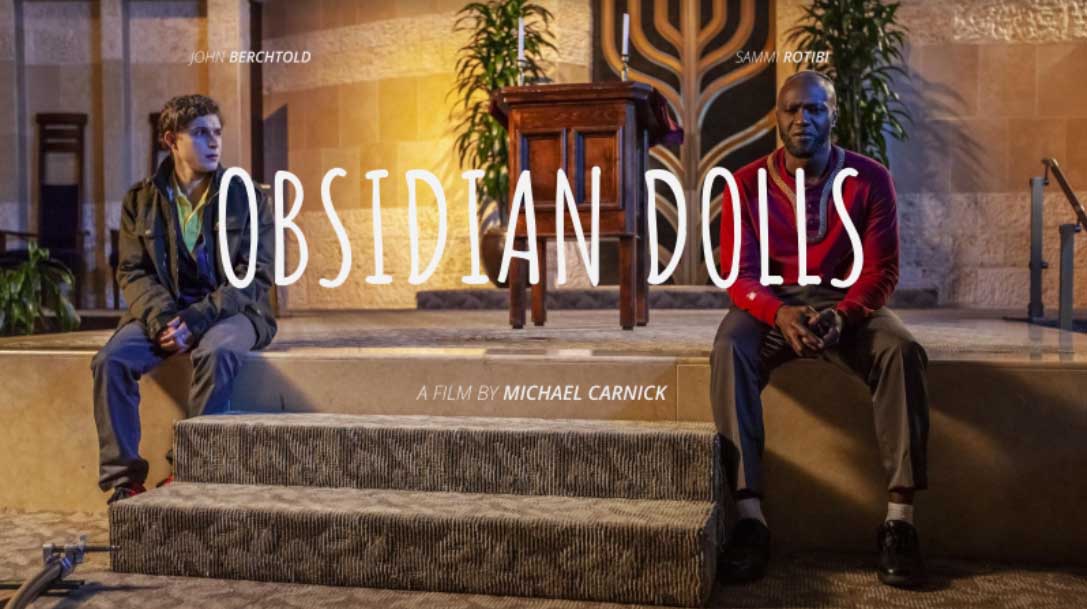 Michael Carnick started his career on a high note, becoming the first undergrad student to win the Samuel Goldwyn Writing Award, and selling the finished film to Netflix. After a strong start, Carnick is keeping the momentum going with his new film, Obsidian Dolls.

The film, as described by Carnick, “isn’t a faith film” but “a film about faith.” It touches on what it means to believe in something, whether it’s in terms of religion, humanity, or one singular person. It’s a really great thought experiment portrayed with intense emotions.

We spoke with Carnick about his career thus far and Obsidian Dolls.

Your latest project is Obsidian Dolls, can you tell us a little bit about this film?

The story revolves around an Ethiopian born rabbi, who was airlifted to Israel during Operation Solomon. Set in a present day American synagogue on the eve of the Jewish new year, the rabbi is approached by a troubled young man who makes a final request that tests the rabbi’s faith.

On the outside they are two very different people separated by disparate upbringings, but as their past is unraveled we see that they have a lot in common. 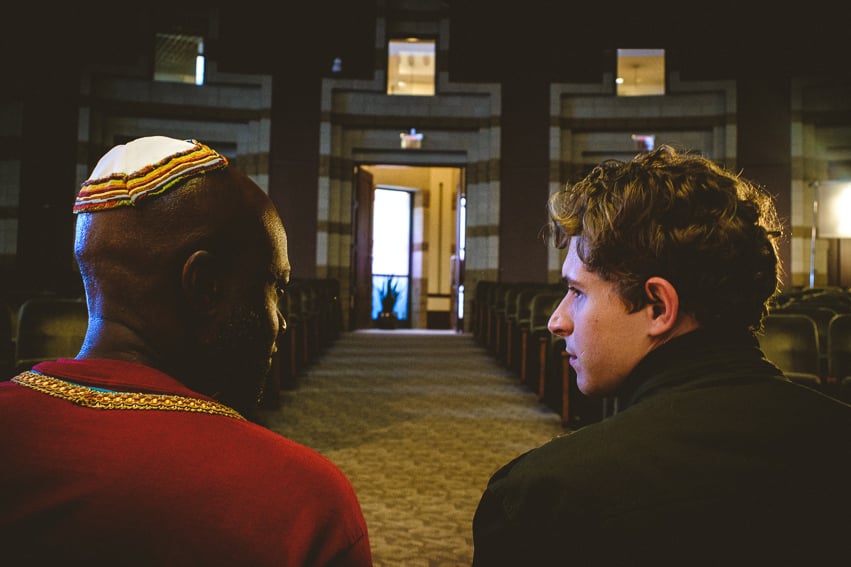 Where did the concept for Obsidian Dolls come from?

The film is based on a one act play I wrote while in UC Riverside’s MFA program. I’m sort of bored of all these big budget explosion-fests, so I tried to pare the drama down to its core elements. Just two people in mainly one location. Keeping the audience’s attention is such a claustrophobic environment is challenging, but I wanted the challenge because I hate myself.

How was working on Obsidian Dolls? What did you learn from the experience?

It was tiring. I learned how to sleep in small efficient bursts.

Is there anything you want people to know before seeing Obsidian Dolls?

I’d like people to know that it isn’t a faith film, it’s a film about faith.

What was one of the biggest challenges you faced when making Obsidian Dolls?

We shot on location at beautiful Congregation Beth Israel in San Diego, but we could only film overnights. It was a crazy nighttime shoot that pushed many people to exhaustion.

The takes were so long and a lot of the dialogue is extremely demanding, so a lot of the cast and crew were understandably brought to a breaking point. I had an incredible team that was dedicated and tough as nails, but I’m still sort of surprised we pulled it off. 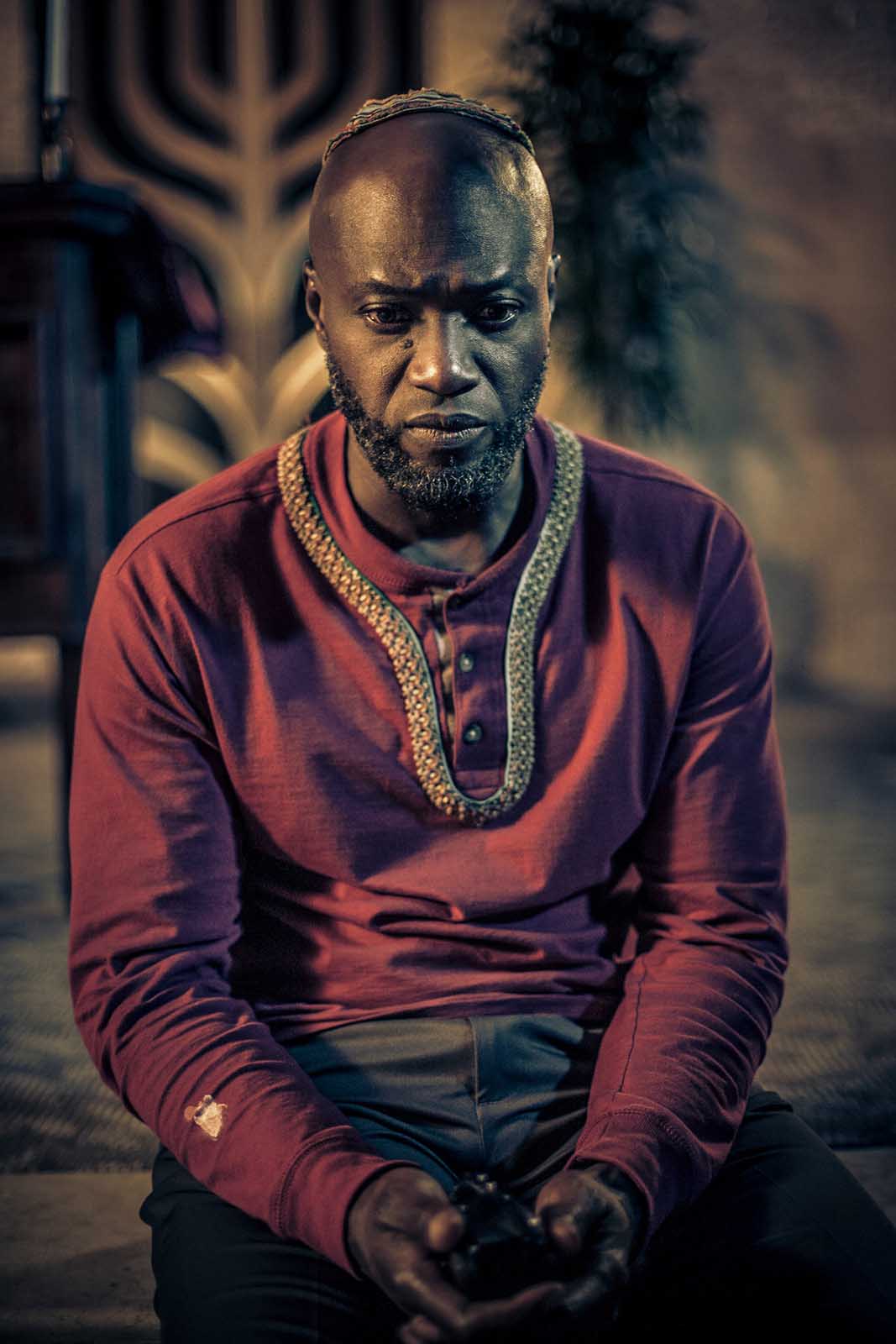 Can you tell us about your career before you found film?

In high school I interned as a 3D graphics designer for a triple A video game studio. I’ve always been interested in the possibilities of interactive storytelling. Plus I’m a big nerd.

When I was getting my BA at UCSD, I took a screenwriting class kind of on a whim. Our final assignment was writing the first 30 pages of a screenplay, but I got so absorbed in the process I wrote the entire script.

My wonderful professor, Allan Havis encouraged me to submit it to the Samuel Goldwyn Writing Awards. I reluctantly agreed, and it ended up winning the grand prize. The screenplay, Who’s Driving Doug, would later be produced and licensed to Netflix.

The Princess Bride. It has always been a favorite of mine from a very young age. It taught me that a story can encompass many different genres – romance, action, adventure, comedy, family – and still work wonderfully.

Who are your current influences in filmmaking?

Jordan Peele’s Get Out blew me away. It’s such a smart, thought provoking thriller that takes its time and is packed full of metaphor and meaning. It teaches without being preachy. It gives the audience insight into an underrepresented minority in a new way, while using classic storytelling architecture. 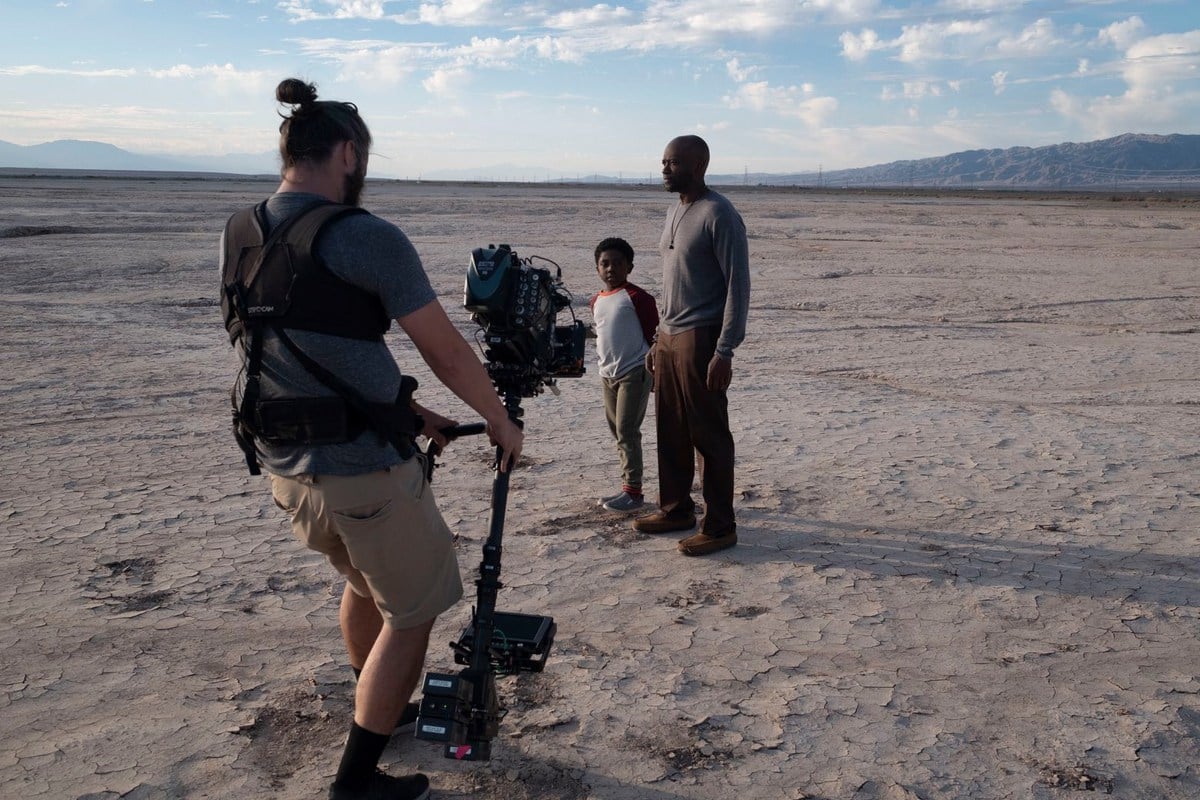 Can you describe your creative process for us?

I think about an idea for a long time. Then I write. Then I write it again. After the tenth draft I show it to someone I trust, and they tell me to rewrite it. After several years of doing this, I have something maybe worth using.

The most memorable films to me are the ones that show you a new perspective. For a moment you live another life, and learn to empathize with someone from a different background. Films like these are not only entertaining, but have the power to teach empathy towards others.

Being physically disabled myself, I’m used to living the life of another person. So I try to construct characters that are richly detailed, but under represented in film. Characters that people can relate to and learn to understand.

When I discuss minority representation I don’t just mean lip service on screen, I mean real diversity behind the camera as well, including an all female production and camera team. And nobody is screened for their minority credentials, I just go with whoever I think is most fit for the role, which just naturally encompasses people of all shapes and backgrounds.

It’s not so much an agenda as it is a lack of one. No walls. No blinders. Disability, LGBTQ+, and gender representation are always in the fabric of my storytelling, but ultimately I’m just trying to tell entertaining and thought provoking stories.

You’ve taken a pilot episode called Manny Fantasma to many film festivals, can we expect to see any episodic television from you anytime soon?

I love long form storytelling. Episodic TV would be amazing. Call me. 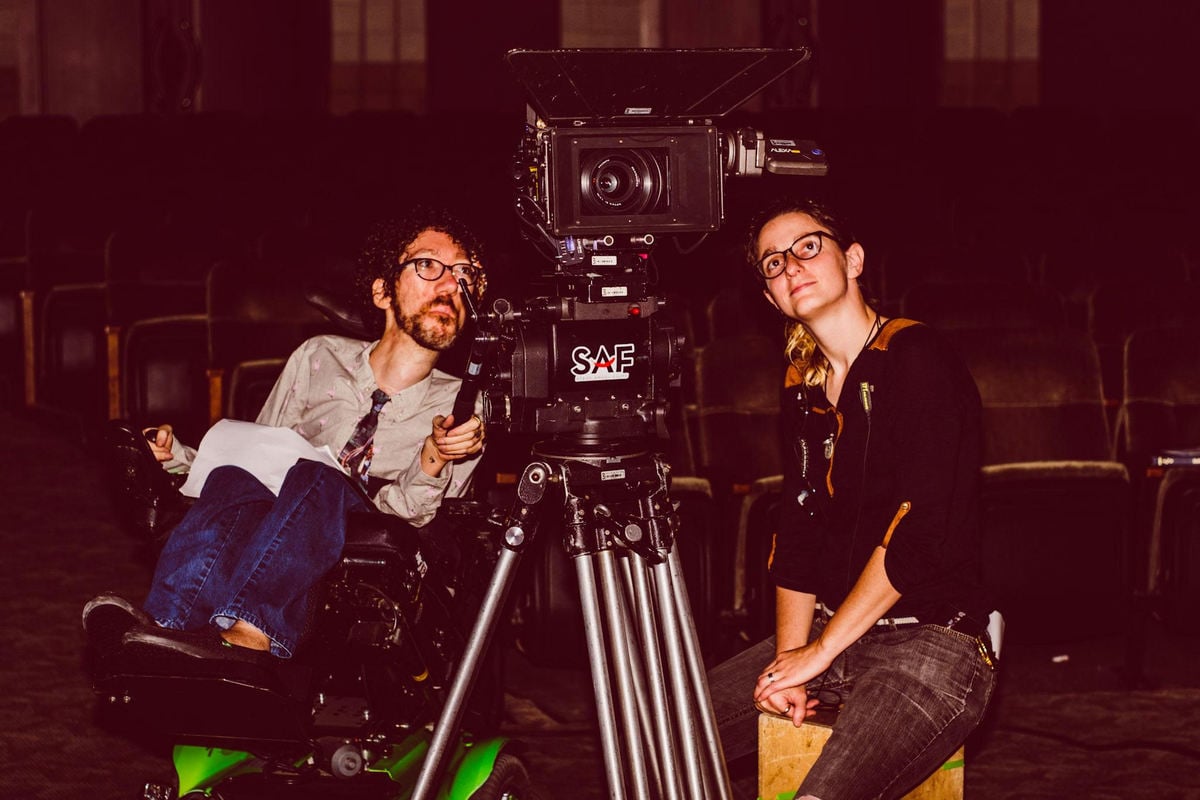 Don’t do it. Pick anything else. Unless you literally feel like you’ll die unless you can’t pursue it. If you must, don’t be a jerk. Treat everyone with respect, on your way up and on your way down.

Can you tell us what your next project is going to be?

I have a short documentary in post about the connection between schools and educators in Sha’ar HaNegev and San Diego. The pandemic has disrupted everyone’s plans, but I have lots of scripts and projects ready to go.

I try to surround myself with the most honest, talented, and dedicated people I can. I was blessed with two of the most amazing actors I’ve ever worked with. Sammi Rotibi plays the rabbi, and he is phenomenal. Extremely devoted to his craft. John Berchtold plays opposite of him, and he is such a talented young man. I see so much success in both of their futures.

My amazing director of photography Gabriel Carnick really brought her A game. My editor, Fernanda Schein, helped shape a giant blob of footage into an hour and a half movie. My producer, Chelsea Fenton, oversaw the insane asylum and made sure the inmates didn’t take over.

The gaffers, the grips, the sound mixers, the boom ops, the camera ops, the PA’s, they make it all happen. I just plant the seeds in the garden, water it, pull some weeds, and get my hands caked in mud. 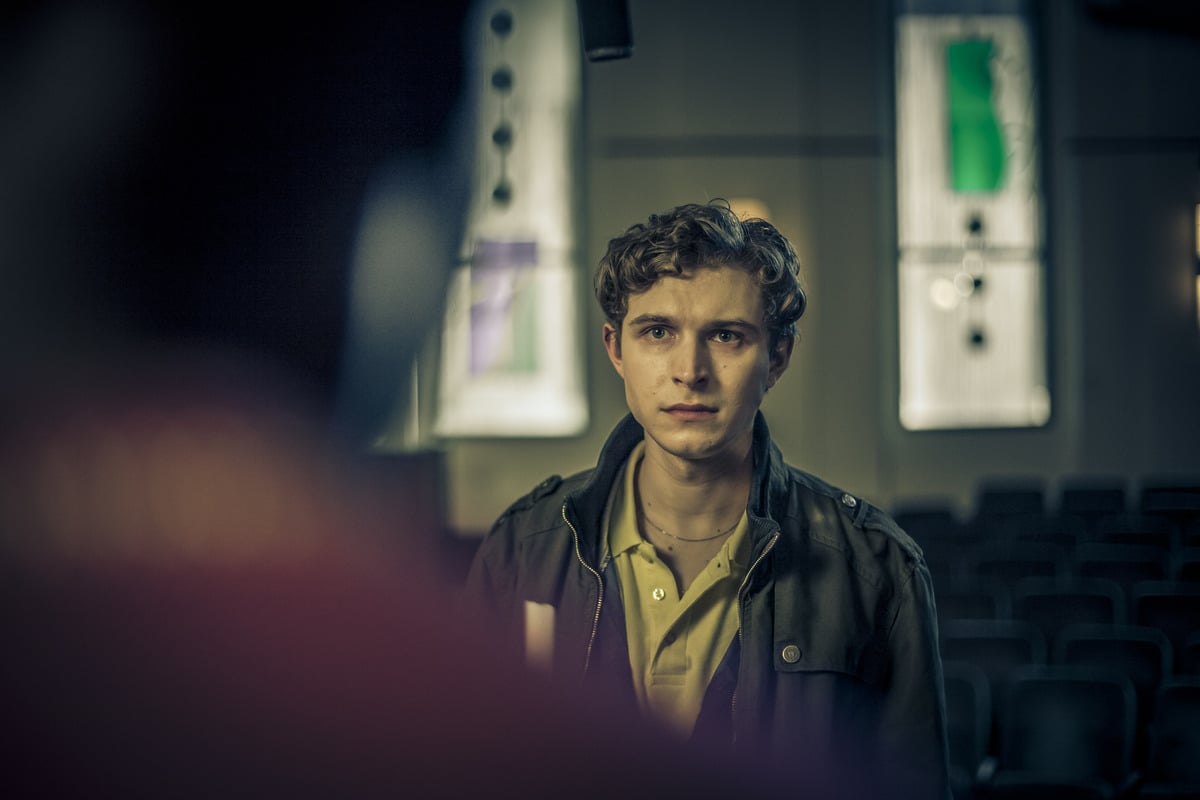 Who would you have compose the soundtrack of your life?

My previous feature film Who’s Driving Doug was more than partially based on my life, and that was composed by the talented Chad Rehmann. So in a strange way, that’s already happened, and I’m more than happy with the results. I had the pleasure of collaborating with Chad again on Obsidian Dolls. He is a great composer, and very creative.

Do you have a five-year plan?

Try not to die.

The writing and the sound design / music.

What has been your proudest moment in filmmaking so far?

When a film of mine was licensed to Netflix. That was a real “I did it” moment.

I heard of this guy Steven Spielberg. He has a lot of moxie, I think he’ll make a name for himself.