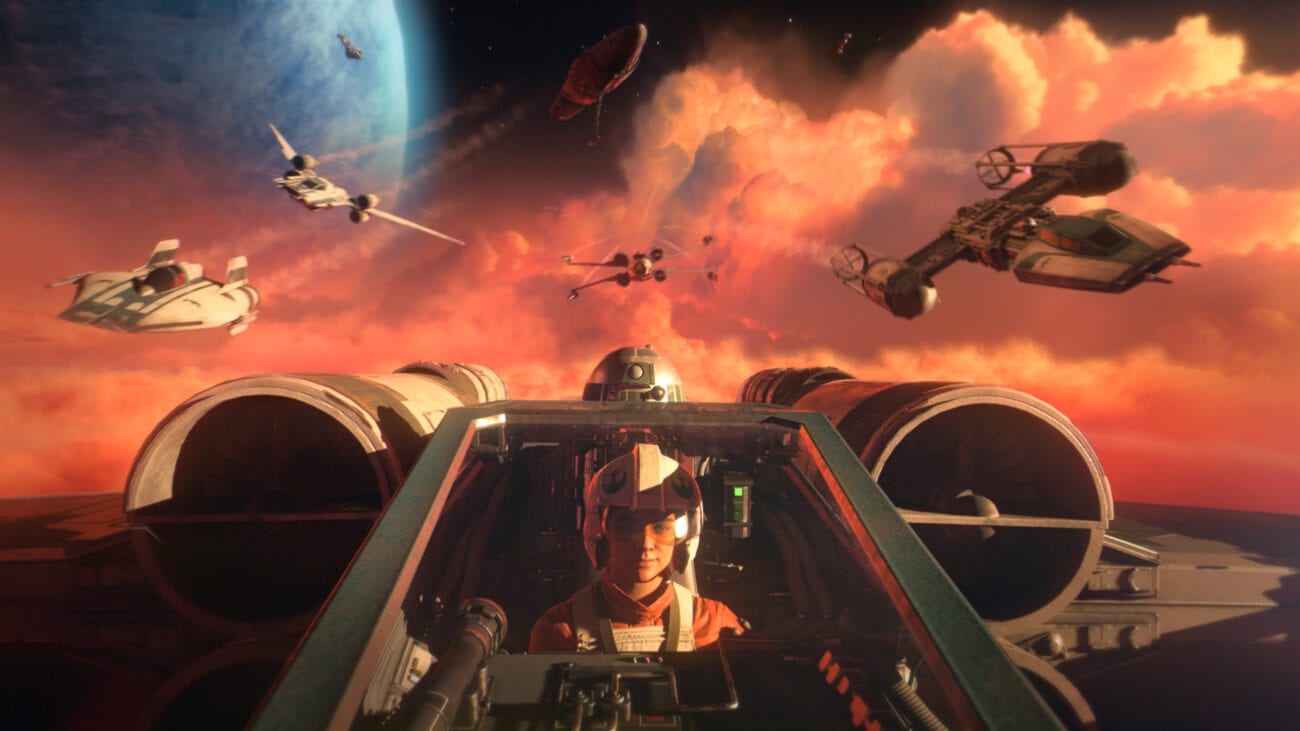 ‘Star Wars: Squadrons VR’: Which Star Wars game is worth the price?

Star Wars & VR go together like peanut butter & jelly. Epic views of planets, starships, and the wide galaxy are breathtaking in theaters and mind-blowing in virtual reality. Fans have been craving Star Wars experiences for their VR headsets since day one, and game studios have been happy to deliver.

The most recent experience has been EA’s Star Wars: Squadrons VR. The studio behind the Battlefront games wanted to focus on the space battles component of that game. The result is a thrilling, first-person space-flight simulator. Squadrons captures everything that makes the space battles in Star Wars feel epic, and the game puts you right at the heart of the action.

Some have complained about the game’s narrow focus, claiming it doesn’t have enough content to justify the cost. That seems to be a common refrain whenever Star Wars gets a new VR title. We’re here to sort through the complaints and rumors to tell you which VR Star War games are worth your money. 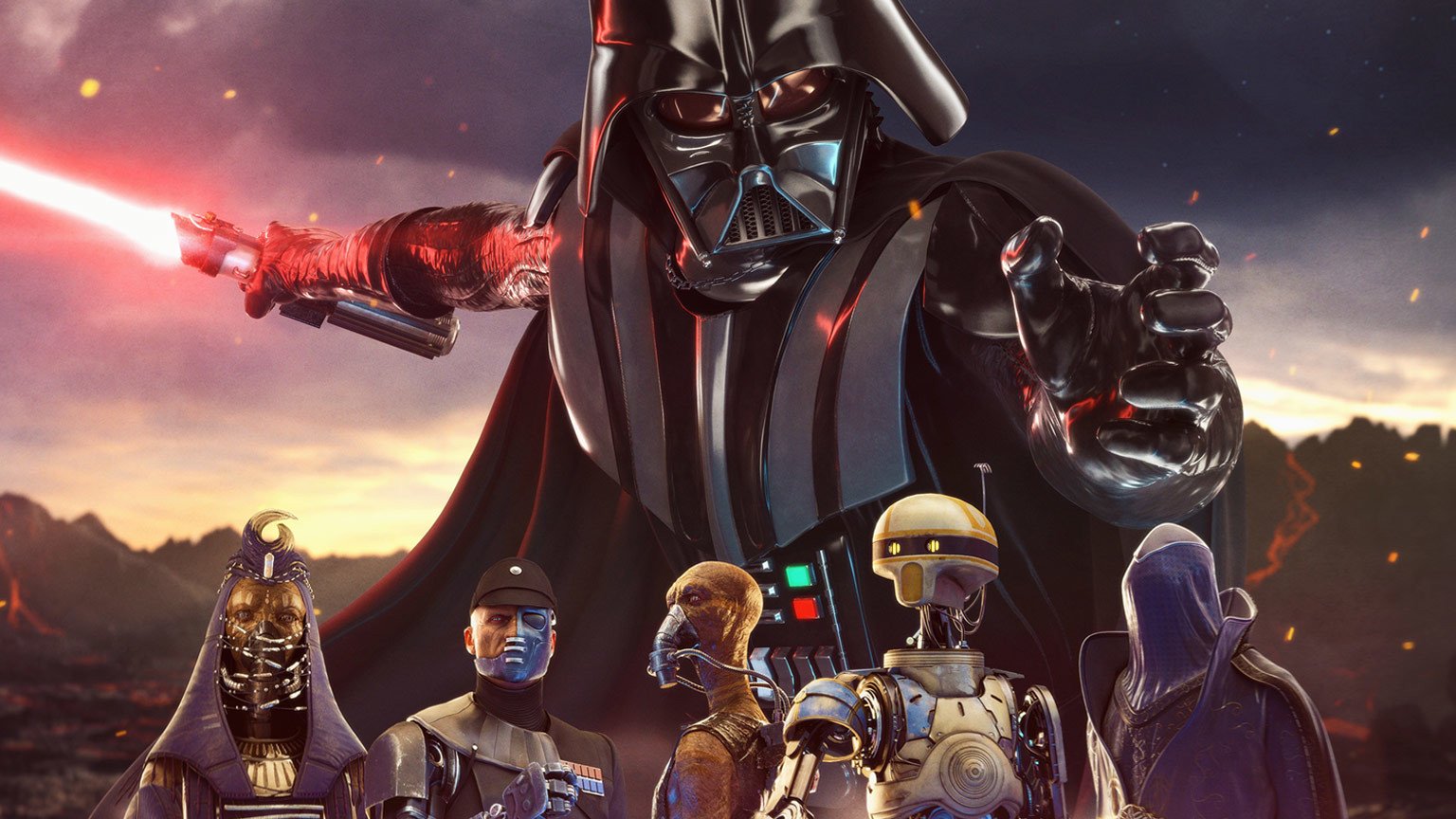 This is now an iconic VR game. The first of its three parts dropped just as VR was hitting the mainstream. Vader Immortal takes you to Mustafar, where Darth Vader keeps his fortress. You’ll train your lightsaber and Force skills with the Sith lord as your guide. Its story mode is packed with insane visuals and pulse-pounding moments.

The main complaint lobbed at Vader Immortal is that it’s too short. Each of its three parts takes just a couple of hours to play through, though there’s some additional content and practice rooms for you to explore. At $30 total, this is a no-brainer for any major Star Wars fan. Vader Immortal is available on the Oculus & PlayStation stores. 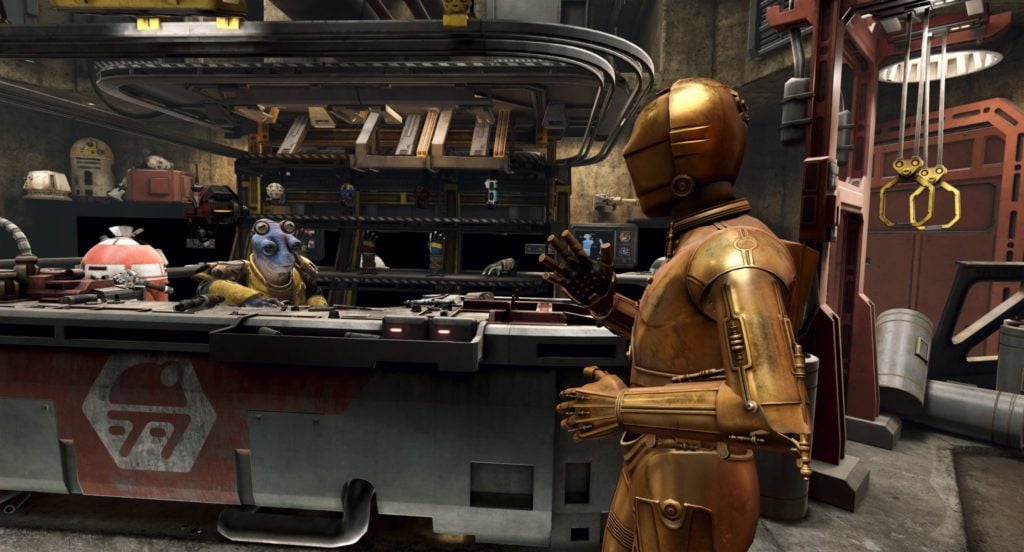 This game is based on the Galaxy’s Edge Disney theme park, and it was one of the most anticipated VR titles of 2020. Tales from the Galaxy’s Edge promised an open-world Star Wars adventure on the planet of Batuu. You play as a regular joe in the galaxy, so expect to be using blasters instead of lightsabers most of the time.

Tales from the Galaxy’s Edge isn’t as flashy or spectacular as Vader Immortal. The visuals are nice and crisp on the Oculus Quest screen, but the environments you explore can be a little dull at times. The main story will take you about three hours to complete, after which there are “Tales” to explore and collectibles to hunt down.

Tales from the Galaxy’s Edge is five dollars cheaper than Vader Immortal, and it’s likely to last you a few hours longer. However, it isn’t as polished from a mechanics standpoint and doesn’t offer the same wow factor. Unless you’re a diehard Star Wars fan, you’ll be fine sleeping on this title. There are much better VR shooters available. 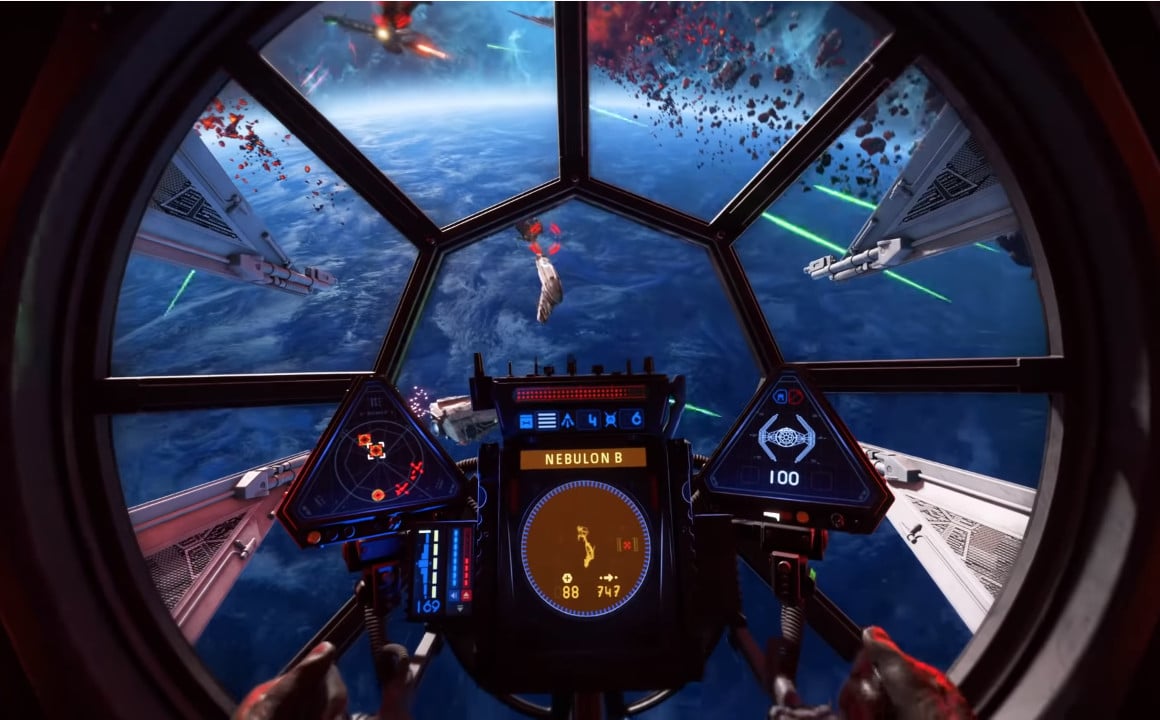 Now for the main event. EA’s goal with Star Wars: Squadrons VR is to put you right at the center of laser-heated space battles. The graphics here are second-to-none, and if you’ve got the extra cash for a specialized flight controller, you’ll truly feel like a pilot. The game has a story mode that doubles as a guide on how to become a top-tier flier.

Playing through the story will take around seven or eight hours. Beyond that, Squadrons is all about multiplayer. Dogfight is a ten-player deathmatch mode, and Fleet Battles has two teams of five trying to destroy each other’s capital ships. At $40, the game is an absolute steal. Star Wars: Squadrons VR will eat up hours of your time and will be worth every penny spent.