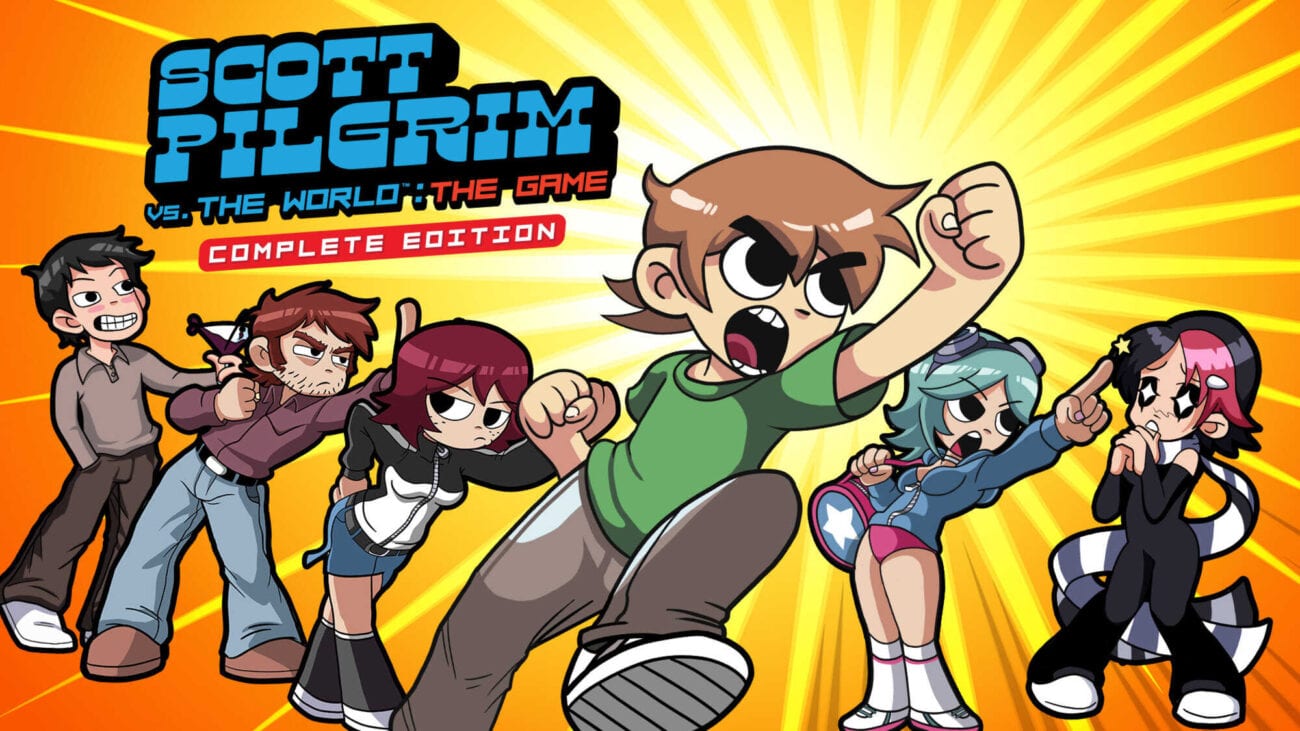 With all the chaos we’ve endured in 2020, it’s time we’ve finally deserved some good news. Let’s escape the reality of these present months and take it back to a much more nostalgically sweet time – more specifically, to 2010’s Scott Pilgrim vs. the World. On Friday, Limited Run Games announced that Scott Pilgrim vs. the World: The Game was coming back in style, and fans have been jumping for joy.

The Scott Pilgrim fandom has grown exponentially since the release of the now cult-classic, live-action film Scott Pilgrim vs. The World directed by Edgar Wright. The film is quirky, humorous, and fun just like the original graphic novel, and it stars some beloved actors & actresses such as Michael Cera, Mary Elizabeth Winstead, Brie Larson, Ellen Wong, Aubrey Plaza, Anna Kendrick, and more.

We're excited to announce a Limited Run of @Ubisoft & @UniversalPics's Scott Pilgrim vs. The World: The Game – Complete Edition (PS4/Switch).

Get yours during a six-week pre-order starting Friday, January 15 at 10am ET on https://t.co/5Lksol4sqo. pic.twitter.com/YRr8d0fYFM

In a tweet posted this morning, Limited Run Games informed fans: “We’re excited to announce a Limited Run of @Ubisoft & @UniversalPics‘s Scott Pilgrim vs. The World: The Game – Complete Edition (PS4/Switch).” The company also announced that the game was available for pre-order beginning Friday, January 15th, at 10:00 AM ET on their website for a six-week period.

However, if the standard version of Scott Pilgrim vs. The World: The Game isn’t enough for you, we’ve got some more great news! Limited Run Games is also releasing a Classic Edition & K.O. Edition alongside the Standard Edition. If you’re scratching your head wondering which one is worth the most bang for your buck, read on to learn what’s included with each bundle.

Starting off, we have the classic Standard Edition that will be selling for $34.99. Alongside the game itself, will come with a new art piece on a reversible cover created specifically for the game by artist Mariel Cartwright & the creator of the series, Bryan Lee O’Malley. The Standard Edition also comes with a collector’s “Leo’s Place” ticket stub, along with a full-color instruction booklet.

The second-tier, the Classic Edition, will be available for $54.99 on Limited Run Games’s website. Alongside everything included in the previous bundle, this purchase option will also give buyers a deluxe hard clamshell retro box, a fun sticker sheet related to the game, an overworld map, and a CD soundtrack for Scott Pilgrim vs. The World: The Game from Anamanaguchi.

The K.O. Edition is the priciest version of Scott Pilgrim vs. The World: The Game that will be offered for gamers, which is scheduled to sell for $139.99. Along with everything from the Classic Edition, the K.O. Edition will also include drumsticks and “Sex Bob-omb” guitar picks that will make you feel just Scott Pilgrim. It also comes with a cassette tape soundtrack, a trading card set, and a hardbound book with interviews.

Our K.O. Edition features the Classic Edition's content and extra goodies… all in an authentic hardshell roadie case box with a pop-up scene (with working lights & @anamanaguchi music!). Get yours during its 6-week open pre-order starting Jan 15 at 10am ET. pic.twitter.com/1KnAgYpJli

Every item from the K.O. Edition will “come in an authentic, hinged, hard-shell roadie case box with a 3D pop-up scene that includes working lights and sound”, according to Destructoid.

You'll want to check out all our merch too — a trading card pack and SIXTEEN enamel pins! Every single thing is available during a six-week open pre-order starting next Friday at 10am ET! pic.twitter.com/fTAyf96gwh

Limited Run Games will also be selling merchandise for the return of the game as well, such as pins, keychains, and clothing, which is also scheduled to go on sale on Friday, January 15th. The re-release of Scott Pilgrim vs. The World: The Game will include all of the downloadable content from the original game, but developers have added two more playable characters into the world.

Will you be purchasing the game and defeating all of Ramona’s evil exes? If so, which edition are you planning on buying? Let us know in the comments.