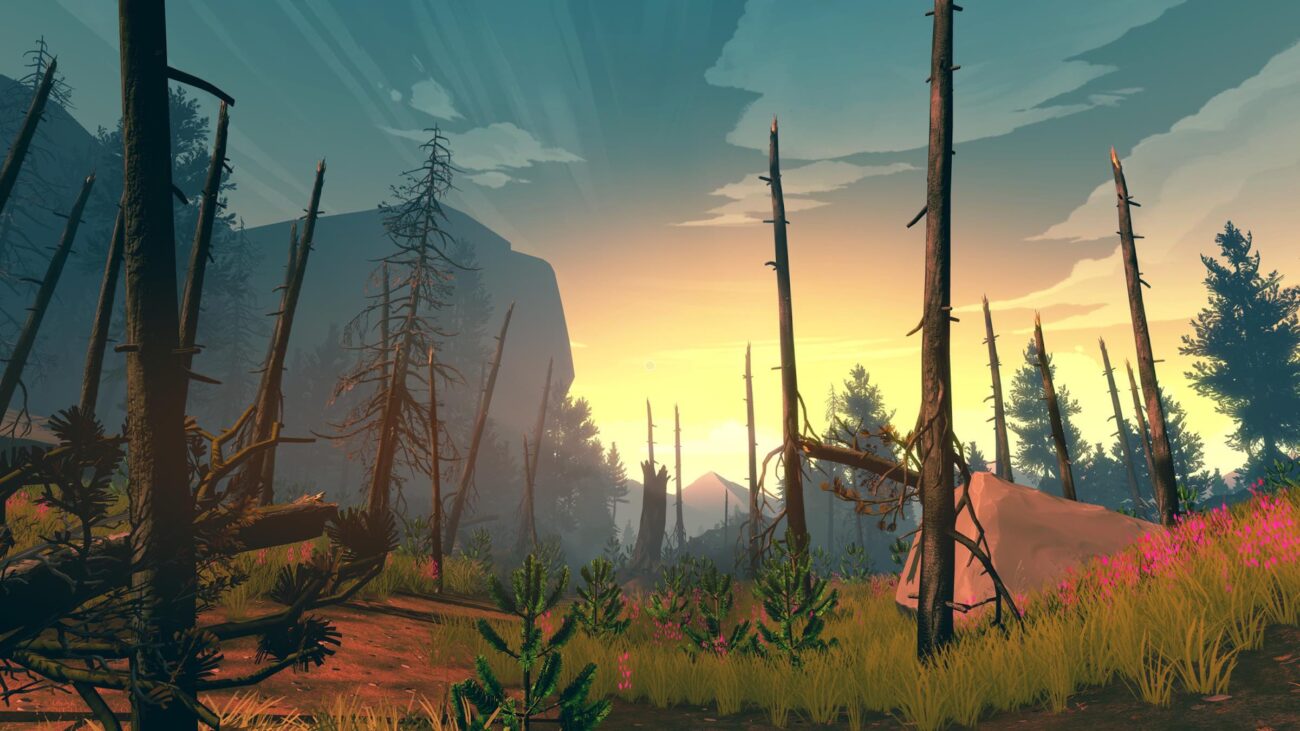 The evolution of game design and introduction of more advanced next-gen gaming consoles have revolutionized the gaming industry over the past decade. Gamers have been on the winning end of jaw-dropping environments and realistic character design.

Sometimes a video game is more than just the gameplay – it’s a chance for developers to create a visual masterpiece. Similar to watching movies, many games feature sprawling production teams, nuanced directors, and unique characters & scripts.

Some of our favorite video games now transcend a basic quest for completion, offering an immersive experience we want to watch as much as play. Here are some of the most popular video games that remind us more of watching a movie than holding onto our controllers. 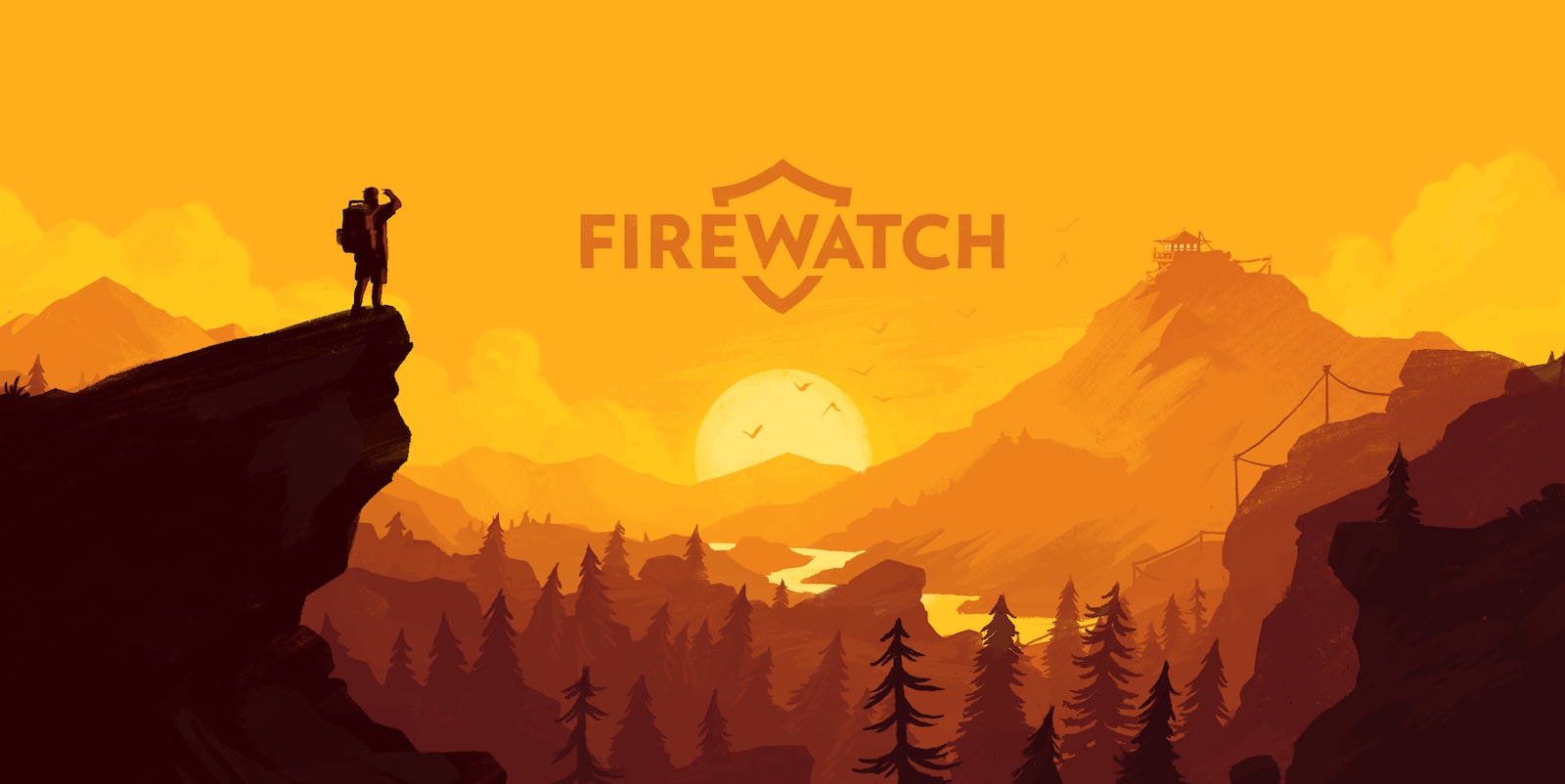 When Firewatch was released in 2016, it received overwhelming praise for the overall beauty of its design. Players are introduced to a novice fire lookout named Henry who encounters fires and conspiracy in Shoshone National Forest in 1989 Wyoming.

Firewatch envelopes players in scenes of serenity. We experience the passing and welcoming of days indicated by brilliant hues of orange, red, and blue. Sometimes the light on screen is so blinding we forget we aren’t shielding our eyes from the real sun.

The voice acting for Henry is limited to internal thought and intermittent communications with a senior fire lookout named Delilah via walkie-talkie. Nonetheless the dialogue is believable & sincere, and we even want to mute the gorgeous ambient music to hear every line. Firewatch comes together as a truly great production on all fronts. 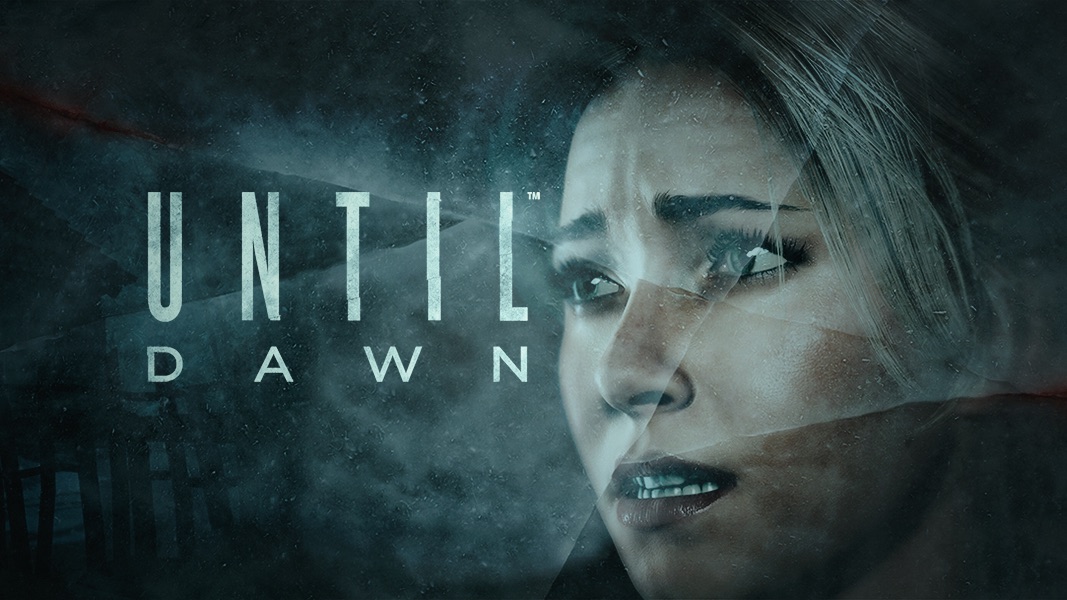 Until Dawn found its way to players in 2015 on the then-new PlayStation 4. Supermassive Games delivered a dramatic horror survival game the likes of no other. Players control eight friends trapped in a remote mountain cabin whose lives are threatened by a mysterious creature.

Until Dawn is choice- and consequence-based: every action you take matters until the irreversible end. The eight different characters are played by eight different actors, including Hollywood stars Hayden Panettiere & Rami Malek.

Until Dawn’s environment is incredible from the beginning. The keen detail of the cabin and the face of each character is only matched by the intensity of the weather and changing environments. It’s as if we can see every snowflake falling on the mountain. 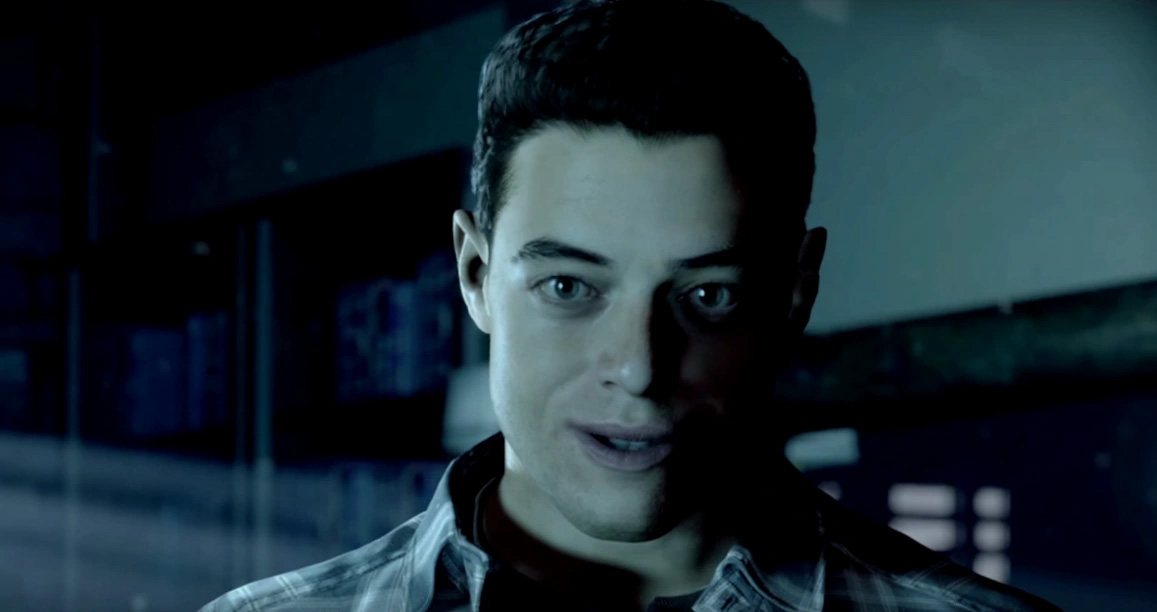 At times Until Dawn moves slowly – players are exposed to every moment filled with eerie sounds, suspenseful music, and wide dramatic camera angles that follow characters from multiple perspectives, like a true horror movie. Every hesitant movement & body action only adds to the feeling of an immersive death trap.

As we pause to scour each area for clues, we want to take our time to walk every path and inspect every object the developers have set out for us – the attention to detail in Until Dawn is that good, even if terrifying. 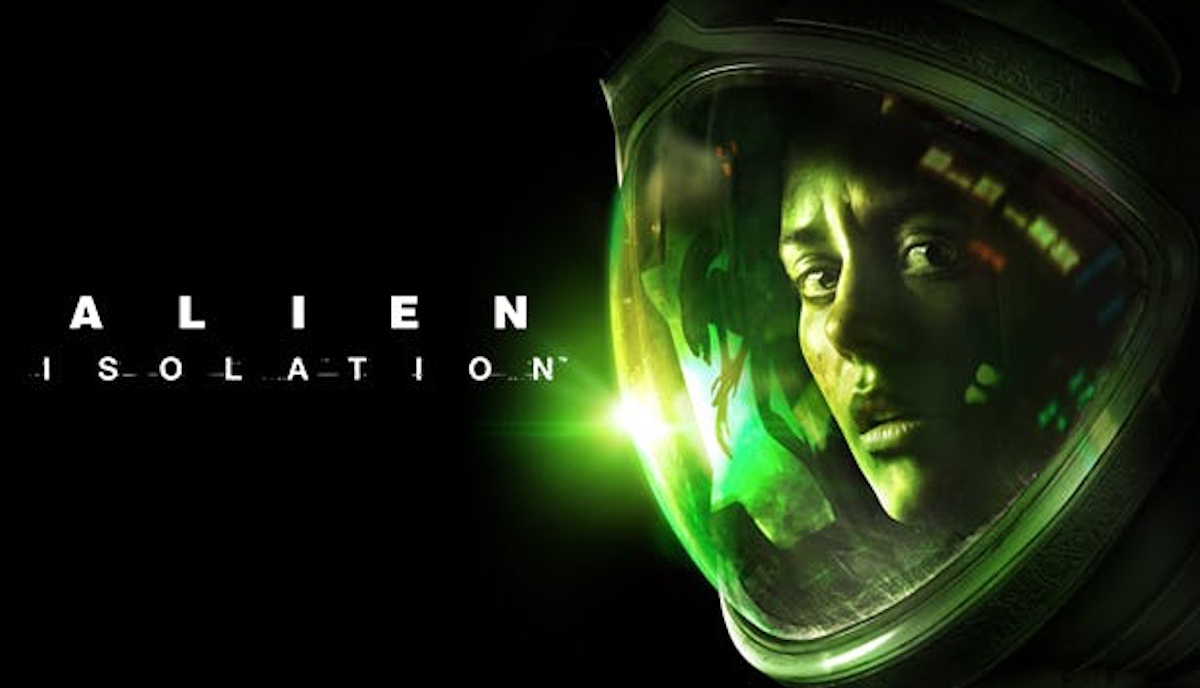 Similar to Until Dawn, Alien: Isolation is another survival horror game based on the popular film series. Intending to start where the original Alien film of 1979 leaves off, we play space engineer Amanda Ripley, who is investigating the disappearance of her mother.

As Alien: Isolation relies heavily on stealth and survival, developers make it extra terrifying by immersing players in a ship believed to be deserted, stalking our way with minimal direction and interaction from other characters.

The entire feeling of the game stays true to the source material and is intended to be more cinematic than not. There is a weight to the movement of every character, as players rely heavily on sounds to avoid detection. Alien: Isolation even won a BAFTA Games Award for Audio Achievement. 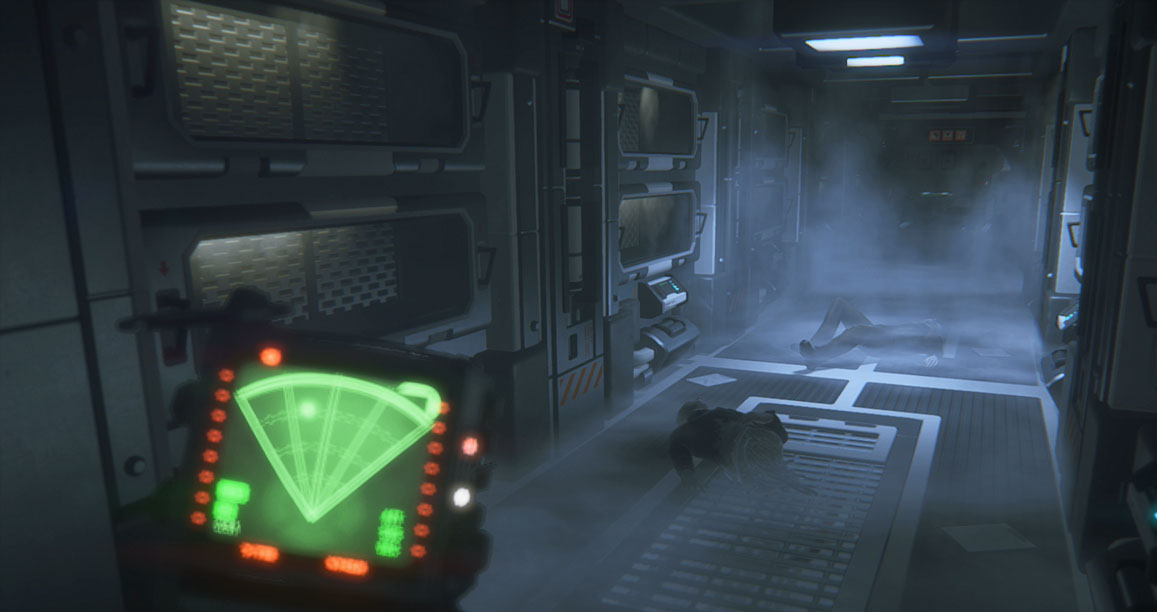 Light plays an enormous role as well, as we are often kept in literal darkness and must find ways to produce helpful camera angles and self-created light sources. The ability to peak around corners and objects adds an extra sense of impending doom. All of Alien: Isolation truly feels like watching a movie sequel from the original series. 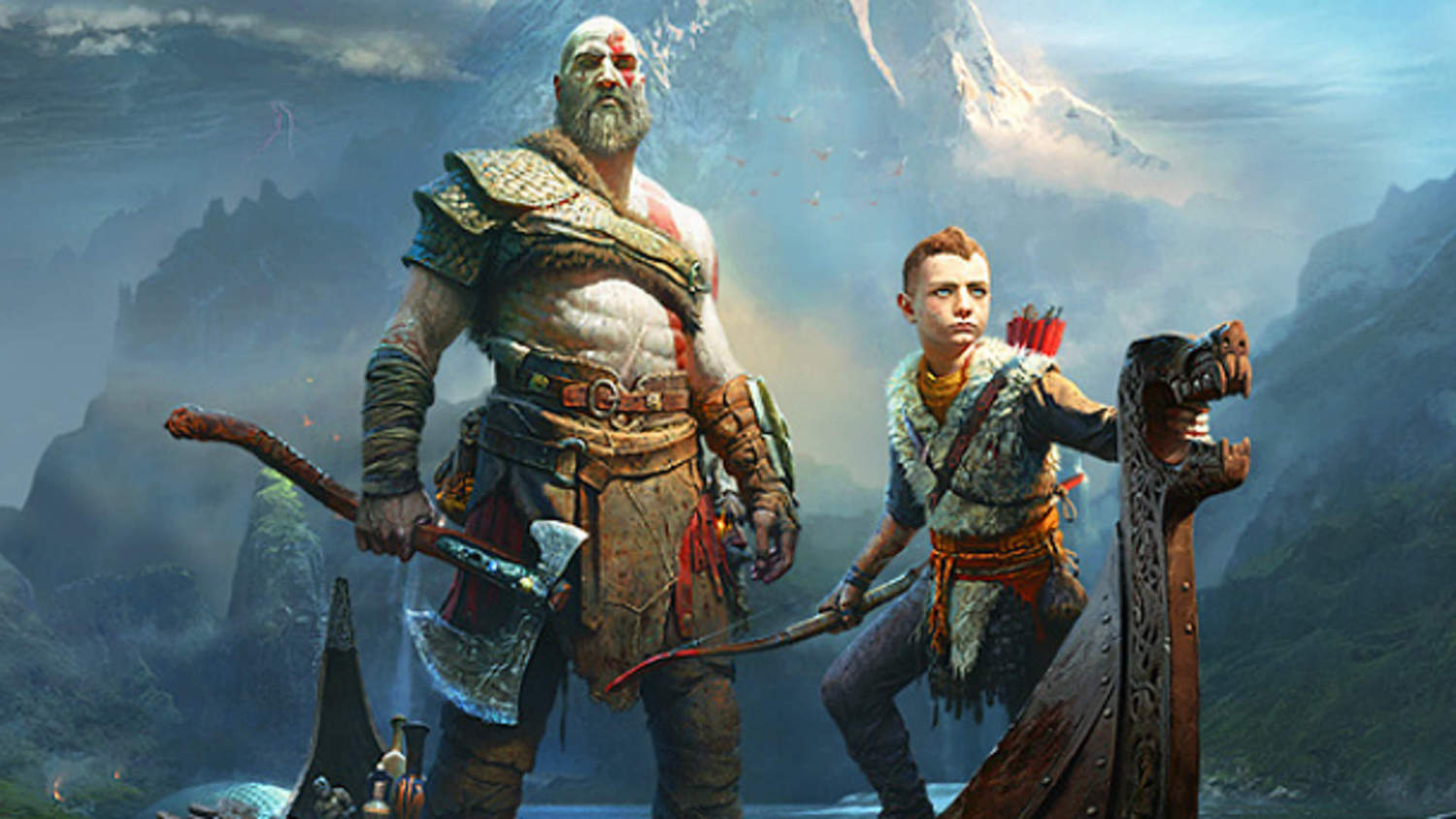 The God of War series has been recognized among gamers ever since we saw the release of the original installment on the PlayStation 2 in 2005. The adventure continues with Kratos, now joined by son Atreus and steeped in Norse mythology instead of Greek.

God of War (2018) reprises what we love so much about the series: level construction that looks like open-world gameplay, incredible attention to set design, and thundering audio.

The entire God of War series culminates in this eighth installment, with some of the most memorable and detailed cut scenes we’ve ever seen. The environment foreground is even matched by background animation, thanks to world-class art design. We experience the world with tight, transient camera angles during its exploration. 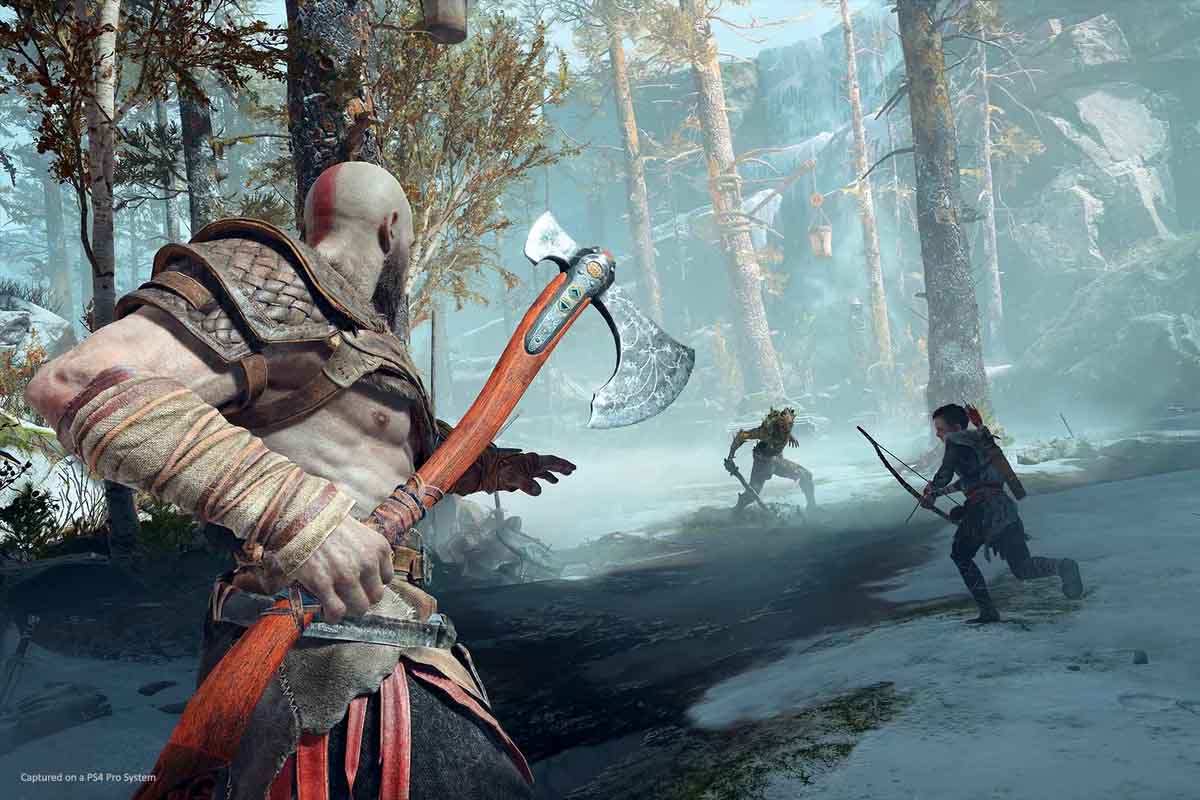 All of this revolves around God of War’s most popular feature: astounding action sequences that bridge cinematic animation with stellar graphics & sound design. Every move feels heavy & real, and we like to sit back and just watch it all unfold. 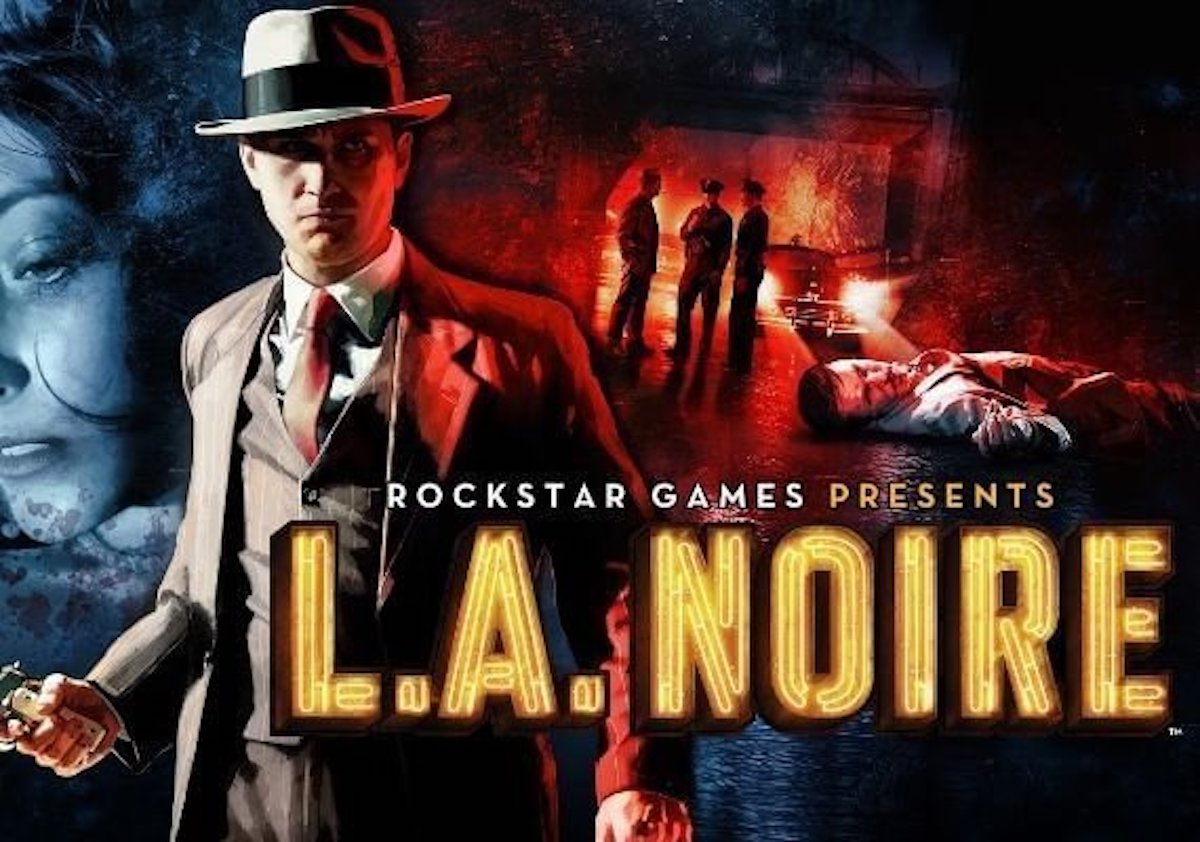 L.A. Noire seemed like a deviation from Rockstar Studios, who at the time were still synonymous with games like Grand Theft Auto and Red Dead Redemption. Players roam the mostly open world of 1940s Los Angeles as Detective Cole Phelps, solving crimes from traffic misdemeanors to murder in this neo-noir adventure.

What players didn’t expect was the amount of cinematic prowess delivered by the game. From top-class voice acting to authentic level design, we find a whole new means of immersion in a world of characters brought to life by advanced facial rendering technologies.

Aside from the characters, the gameplay experience is delicate. L.A. Noire offers detailed inspection of crime scenes, closeup and slow-motion exploration of the environment, and ownership of various camera commands. 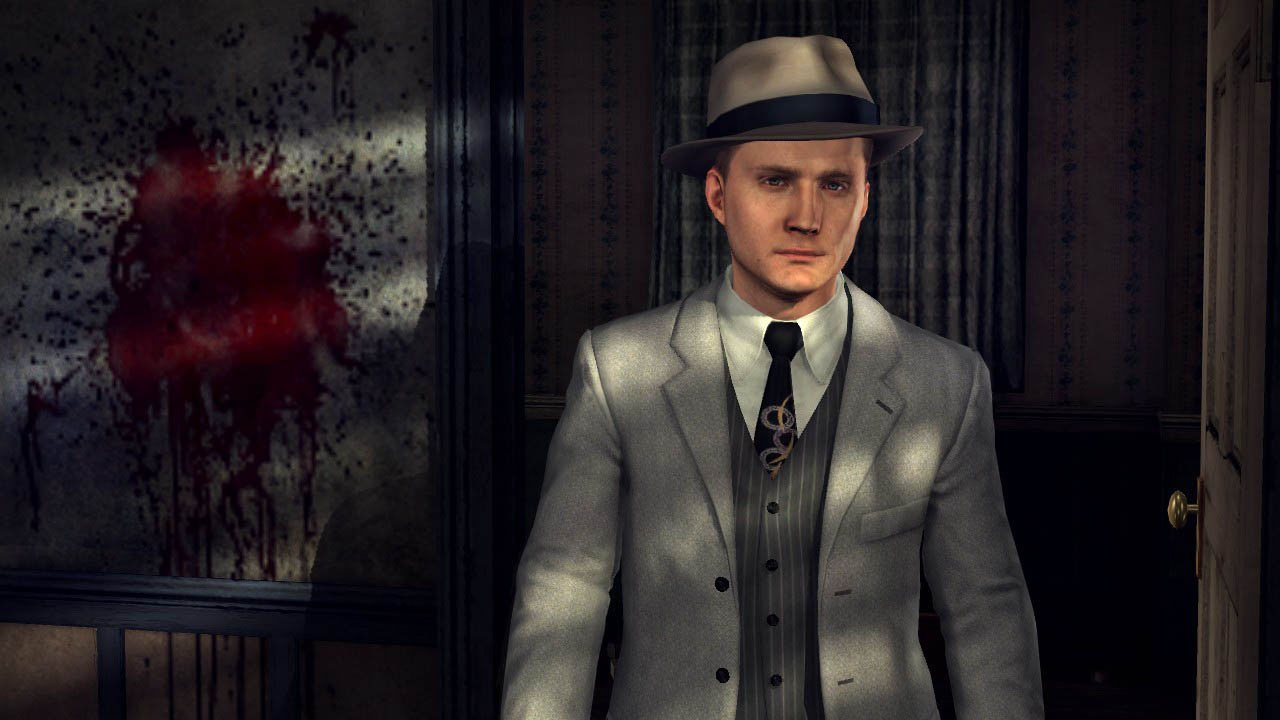 For video games that truly feel like the movies, the detailed narrative and timing of L.A. Noire’s cut scenes stay true to the genre; they create an experience that is as fun to watch as play. 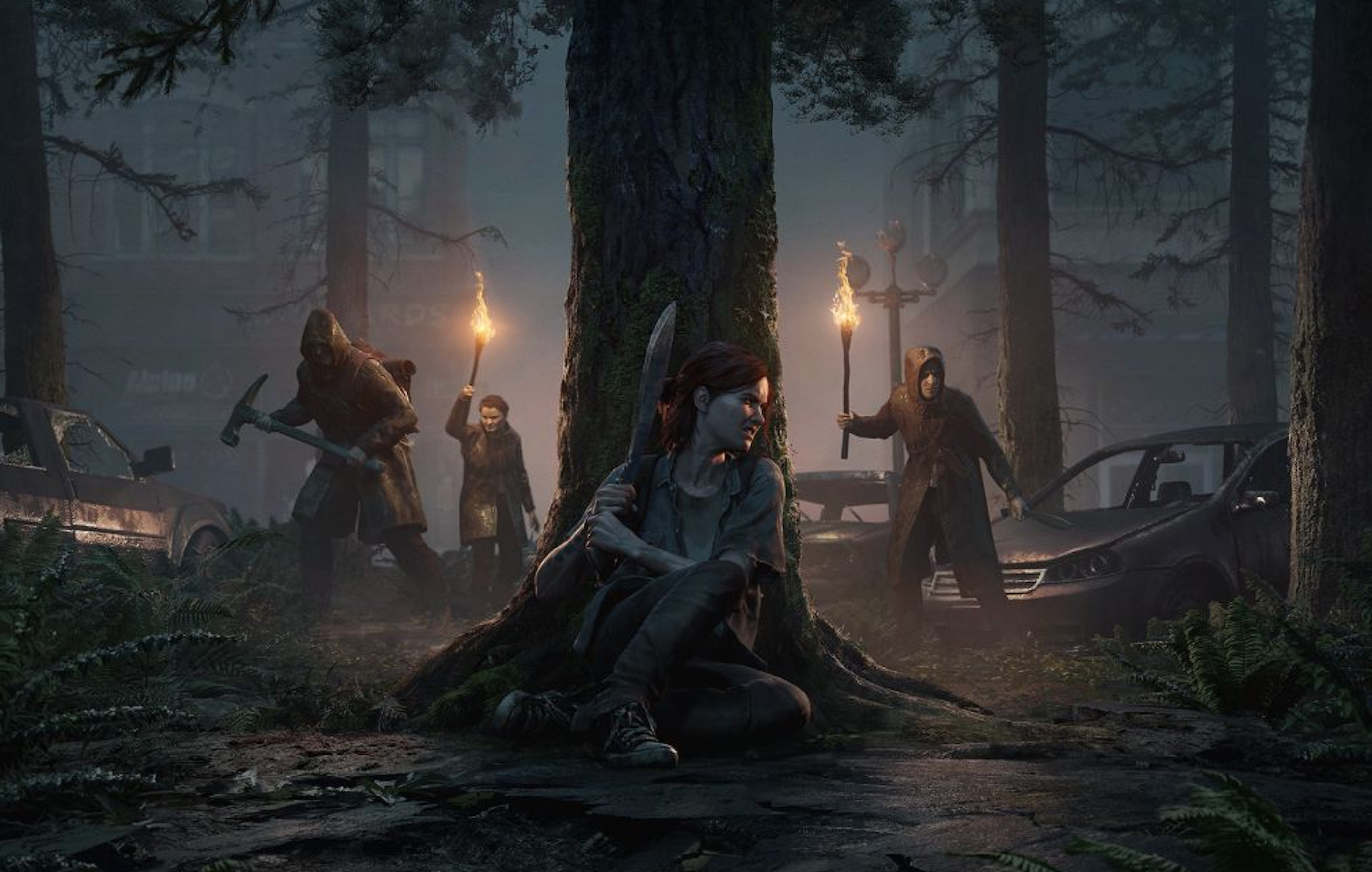 Rounding out our list, there are few video games that capture a full cinematic experience for its players like 2013’s The Last of Us. You play Joel, a scavenger charged with leading 13-year-old Ellie across a post-apocalyptic United States filled with zombies.

Environments aside – although this game features an incredibly detailed and immersive environment that feels authentic – what makes The Last of Us so special is the very cinematic feel in its storytelling.

The plot of The Last of Us is as bleak & dramatic as its environments. We experience moving drama, deep character relationships, and emotional development in the cinematic trailer alone. The full game is a masterpiece in storytelling, using cut-scenes for plot advancement and to dramatize every near-death moment. 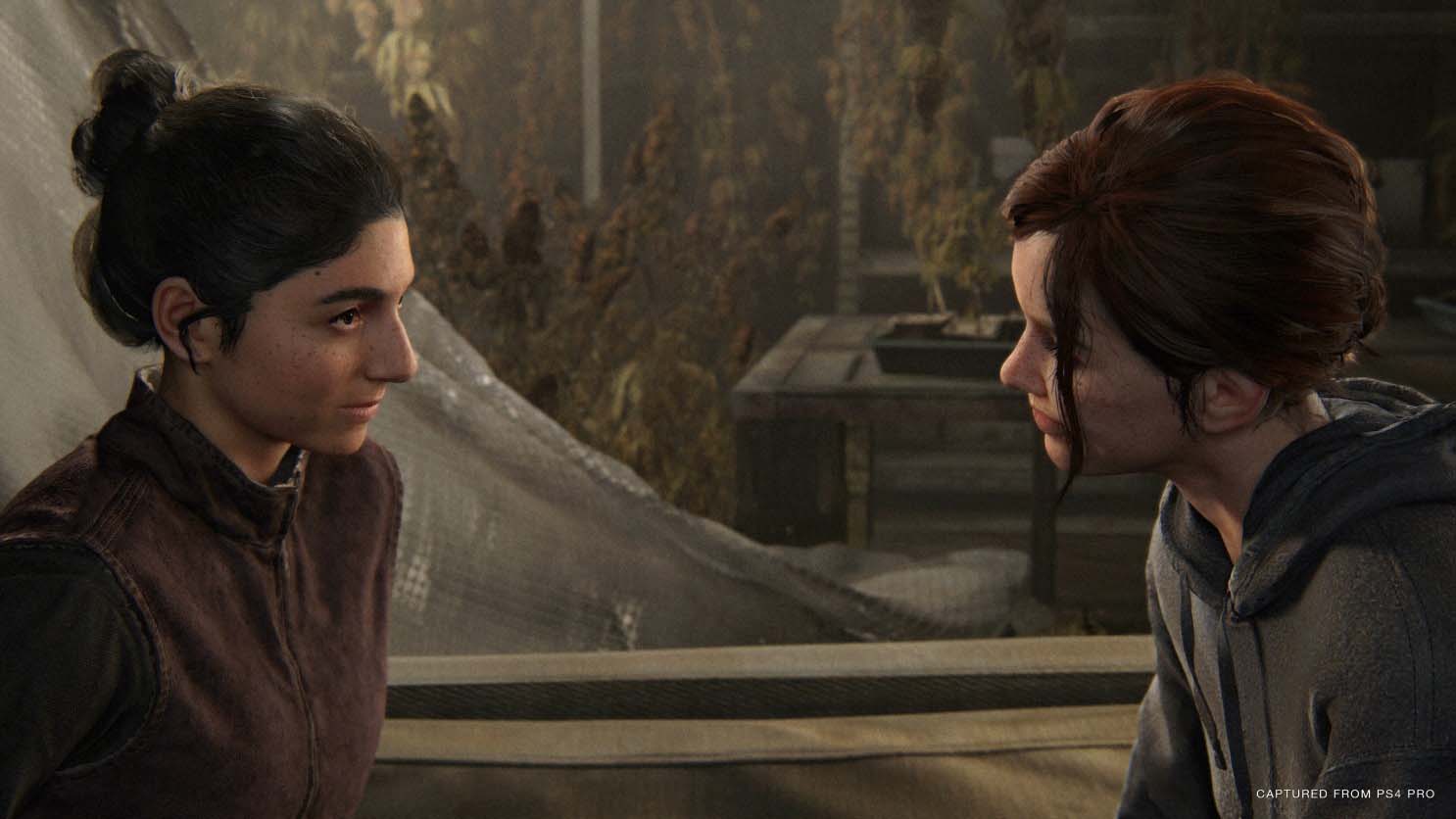 From its opening scene, the characters and movements within the entire world The Last of Us creates feels authentic. We would pay for a ticket to sit and watch a full playthrough of this game.

Do you agree with our list? What are some of the most popular video games that make you feel like you may as well be watching a movie? Let us know below. 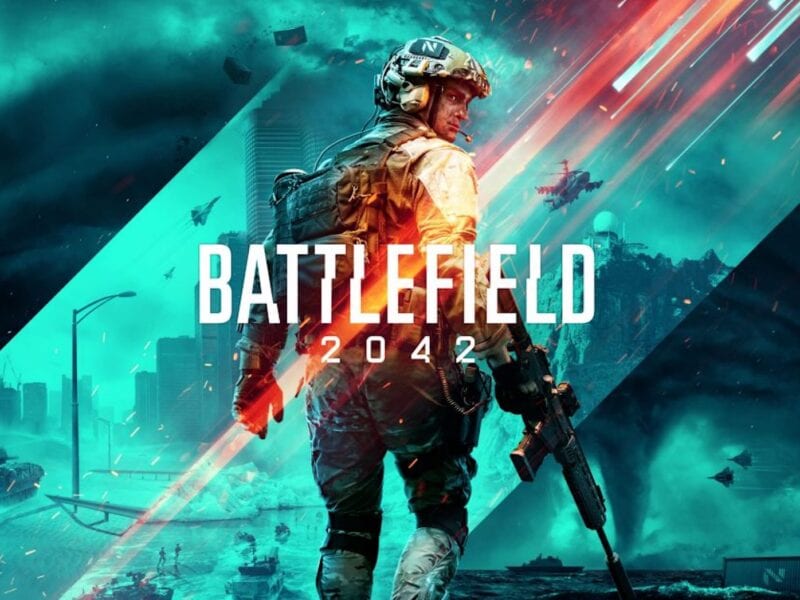 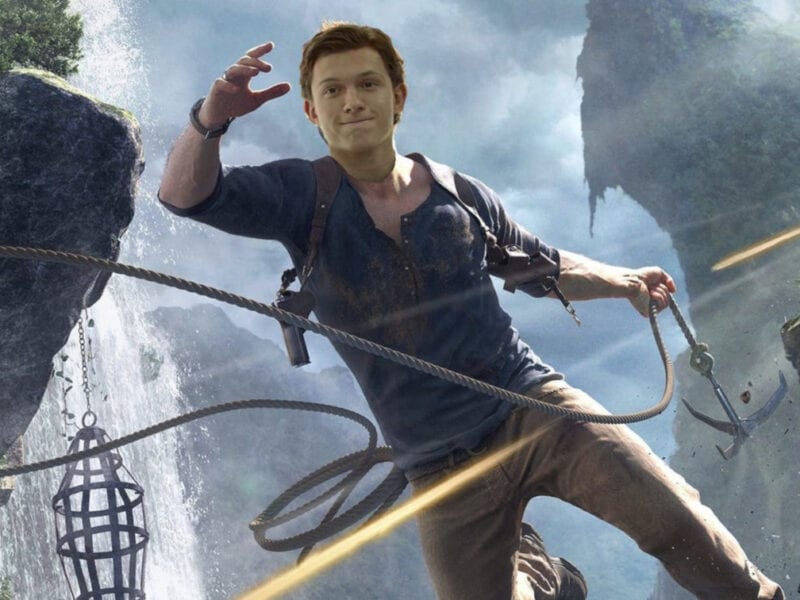 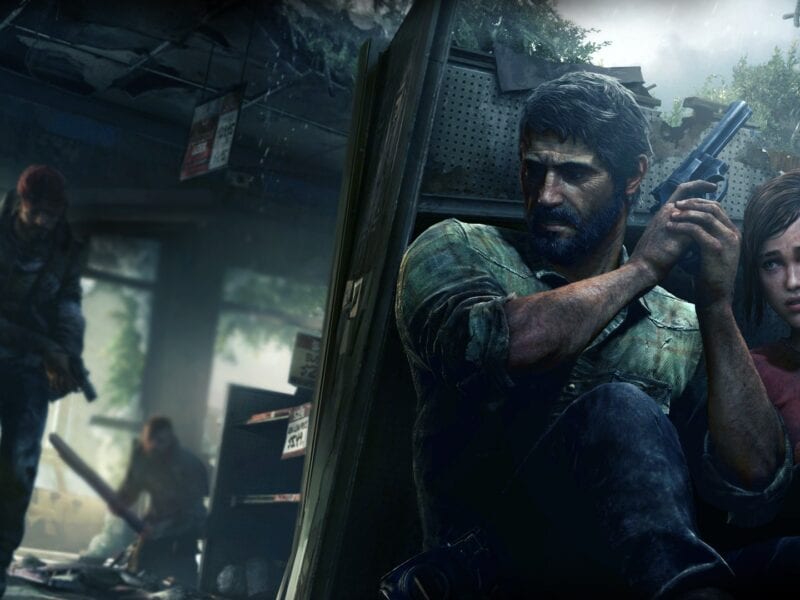