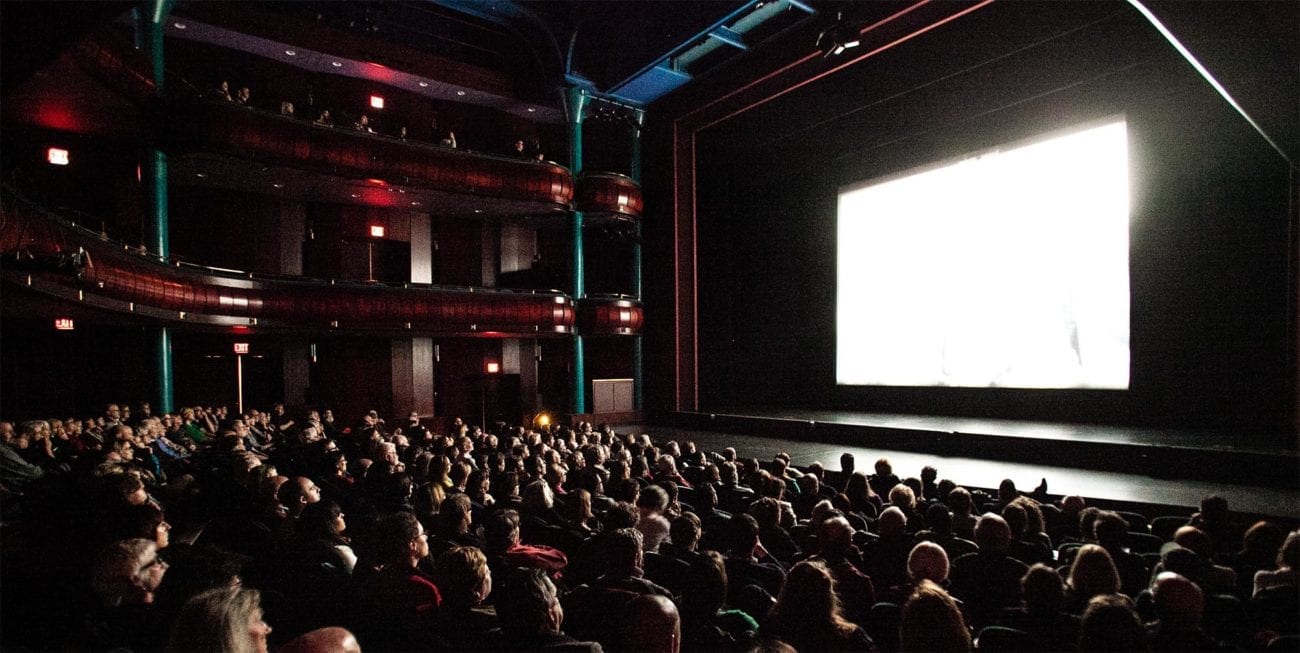 Lies, lawsuits, and lunacy: What not to do when entering a film festival

So you’ve made it to the submission stage of your film’s life cycle – the production and the editing are done and now you’re ready to find your audience. There are many dos to consider when entering a film festival: be specific about the film’s hook; outline what’s in it for the organizers; and ensure the event caters to your target audience. However, today we’re here to look at the ultimate don’ts worth considering when submitting to a film fest.

Frameline Film Festival communications manager Brian Ray, expressed the importance of remembering the programming teams behind the events receive hundreds of films and only have a handful of slots to fill. “Patience is crucial,” he added.

While most filmmakers understand patience is a virtue, for many festival organizers a select few entrants have transformed the submission process into a shitstorm of social media bullying, tiresome media loudmouthing, and even costly lawsuits. Film Daily caught up with a group of film fest coordinators to find out what filmmakers should definitely not do if they want to avoid joining the blacklist for life.

Social media is one of the most useful marketing tools for both filmmakers and film festivals if used properly. However, one of the ways to irritate both your followers and the festival you’ve submitted to is by repeatedly tagging the event with reminders like a proverbial poke to the arm.

“An example of what not to do is daily social media posts and tagging us in them to remind us of you,” announced Oxford Film Festival executive director Melanie Addington. “An occasional post sure, but every single day? No. Stop it!”

On the more extreme end of social media use (or should we say, abuse?) some cases have even descended into offensive attacks. For Kimberley Bush – Interim Executive Director at Reel Affirmations Film Festival – this misuse of networking sites became all too real in 2016 when a filmmaker had to be removed from the event’s arts program after behaving “very poorly” to one of Reel’s board members on social media.

“Fast forward to the current day and the same author wanted me to include his new film into our film festival. I declined because of the homophobic and transphobic behavior from 2016 that I did not and do not support nor have any desire to worry about should it reoccur. Now he is all up in arms about it!”

Repeat and get beat

While festival organizers understand a filmmaker will likely submit their work to more than one event, it’s probably best to check the essential details when filling out waiver forms. Like, you know, the festival’s name. “We often get form letters where they have forgotten to replace the name of the last festival when they’ve asked for a waiver,” said Indie Memphis executive director Ryan Watt. “For example, for us it might say ‘Dear Atlanta Film Festival!’” Whoopsie! Definitely a no-no.

For Byron Bay Film Festival’s technical director Osvaldo Alfaro, the exasperation of repetition is derived from relentless renditions of an artist’s work. “We had one where they sent us eight new versions! Send the one the festival’s asked for by the deadline they’ve set and then talk to the team about realistic lock-off dates. Sending too many versions means festivals run the risk of accidentally screening an earlier version.” 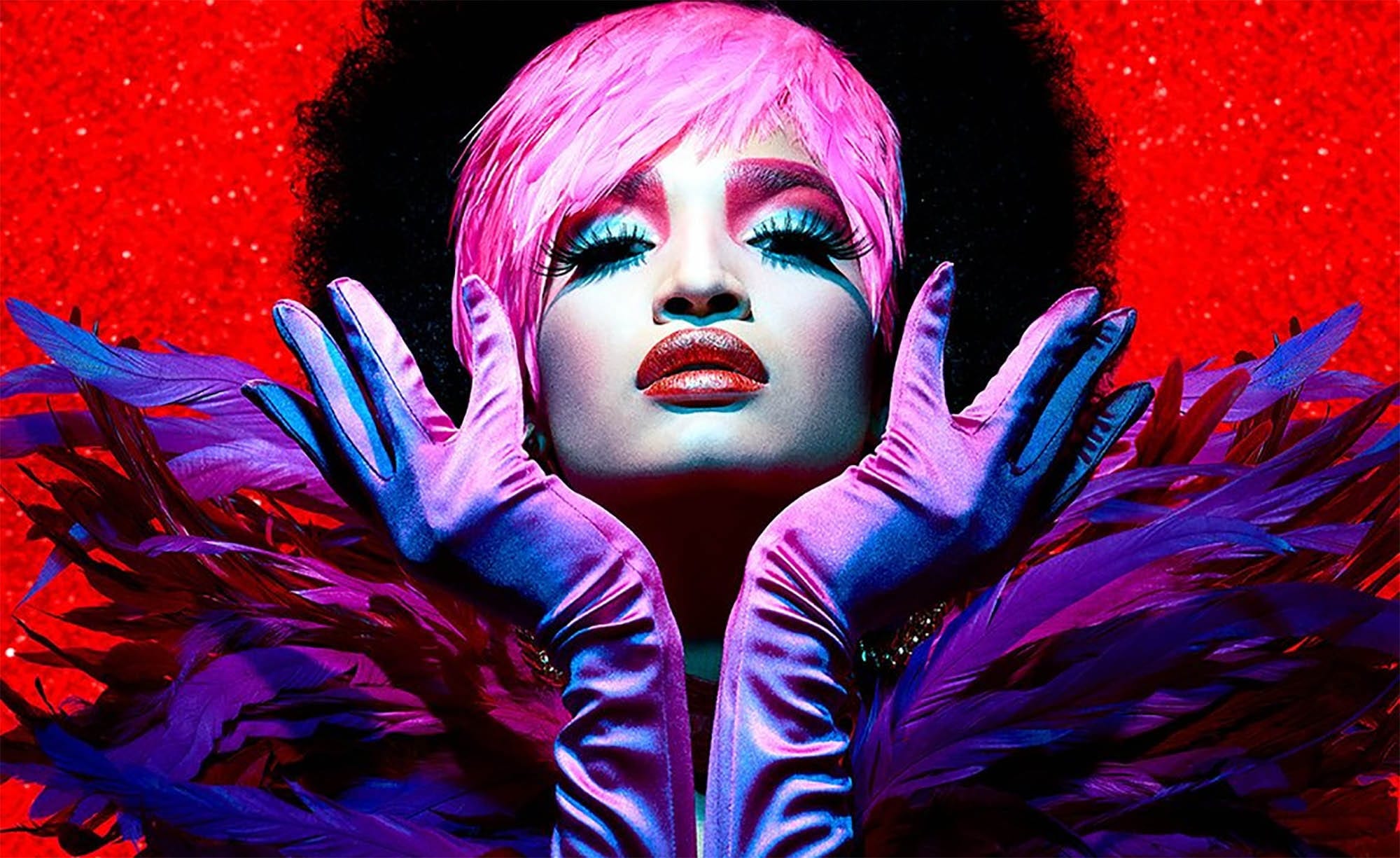 If you’re a budding or established filmmaker, it’s understandable why you might feel protective over your work.

However, it’s important not to get discouraged if your film isn’t accepted. For many film festivals, turning down an artist’s work has unleashed the beast and subsequently driven filmmakers to act out in dramatic ways. Reel Affirmations’s Kimberley noted how one financial donor of a film decided to sidestep asking her why the movie was not selected and instead went straight to the media to put the fest on blast. 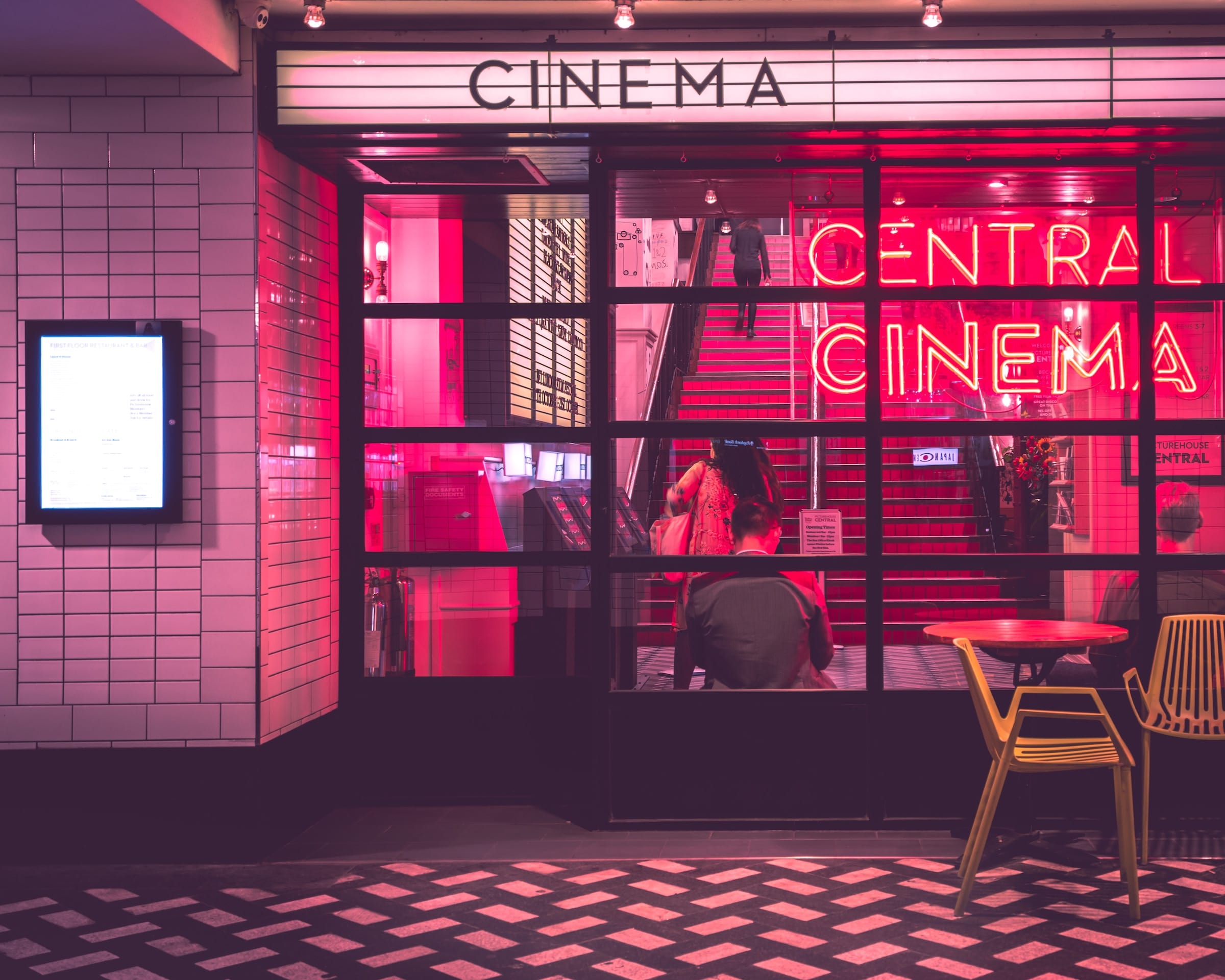 “Of course, a story was written about it. The writer of the story did reach out for comment, but included the email from the donor which already had negative tones and statements. I decided not to comment in an effort to not have my point of view distorted in any way. In the story, the filmmakers apparently had no issue with the film not being chosen and they actually stated that out of 500 film festivals they submitted to, it was only accepted into 77 . . . my numbers may be off, but it really was that dramatic.”

On the subject of filmmaker kick offs, some artists act out despite not even paying the application fee. This was the case for Warren Workman from the Utah Film Festival, who provided a fee waiver to one of the festival’s entrants upon request. However, when the UFF team received the film, it was completely unsuitable to show to audiences.

“It was a lady that was very out of focus doing a bellydance for 60 seconds to music that was so loud, it was distorted throughout the entire film. In short, not a film we would give a second look at.”

The filmmaker was so outraged when it didn’t make the cut, she demanded an apology from Utah Film Festival for not accepting the movie and insisted on a full refund. “That made us laugh as she didn’t pay to enter. When she came back with several more emails demanding we put her film in next year’s festival, it was at this point we decided to cut all communication with the ‘filmmaker’.”

Outrageous demands are nothing new when it comes to film festival entrants. Executive director at Winter Film Awards Steffanie Finn described a filmmaker who despite being repeatedly told he would receive two tickets, showed up in the middle of a program of films with 25 people just five minutes before his movie started.

Treating the event like a personal party, “they bum-rushed the usher into the theater. We decided not to disrupt the whole theater again by turning on the lights and pulling them all out, but we blacklisted him. The following year, he wrote to us asking for a waiver to submit his newest work.” Another fine example of what not to do if you’re a filmmaker who wishes to continue submitting work to a festival.

As mentioned, festival organizers see the pouring of hundreds of submissions each year. Showing gratitude if your work is accepted is an important step in striking up a strong professional relationship. However, taking it personally when your work gets rejected is never a good look. For Byron Bay Film Festival’s director J’aimee Skippon-Volke, a good example of what not to do is tell the organizers they’ve rejected the next Stanley Kubrick.

“I think you’ll find all festivals have stories of being attacked by filmmakers who don’t understand that their film wasn’t a fit for the festival. We reject great films all the time, because we literally can’t include them all. Personally, I believe there’s a talent-to-humility ratio – where those who have the least talent get angry and make threats and those who have real talent are really gracious and polite, even in the face of bad news.” 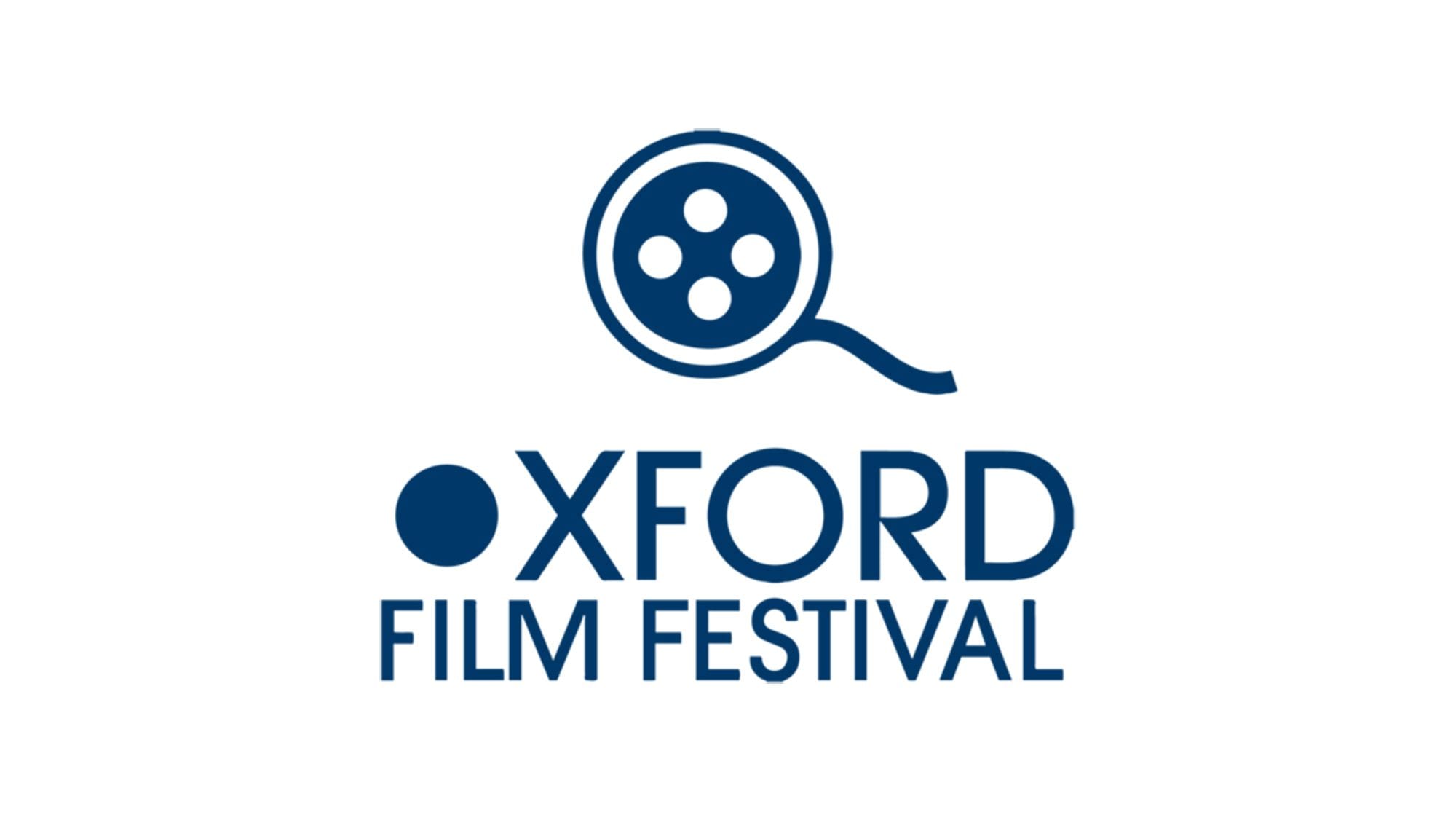 Sitting in the former camp are the filmmakers who become so outraged in the face of rejection, they threaten to take film festivals to court. While this is not such a common problem, it does happen, as outlined by Oxford Film Festival’s Melanie, who’s received numerous emails from people requesting their money back for “not understanding art”.

“One went so far as to threaten to sue us. Many have said we didn’t understand their film as we only watch Marvel movies. A new one this year was someone who was rejected so they claimed their FilmFreeway charge was fraudulent, even though they had already corresponded with us upset that they were not selected.”

So there you have it – a collection of stories that present exactly what to avoid when submitting to film festivals. Although we’re sure many of you were already aware that it’s probably best not to threaten lawsuits or claim to be the next Kubrick when trying to impress film festival organizers. Duh! 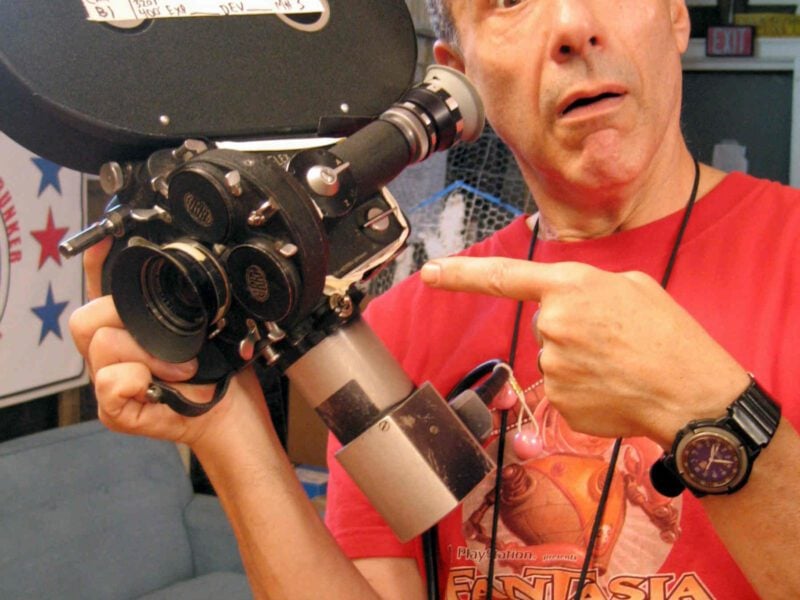